On customers, the commodified object and artistry 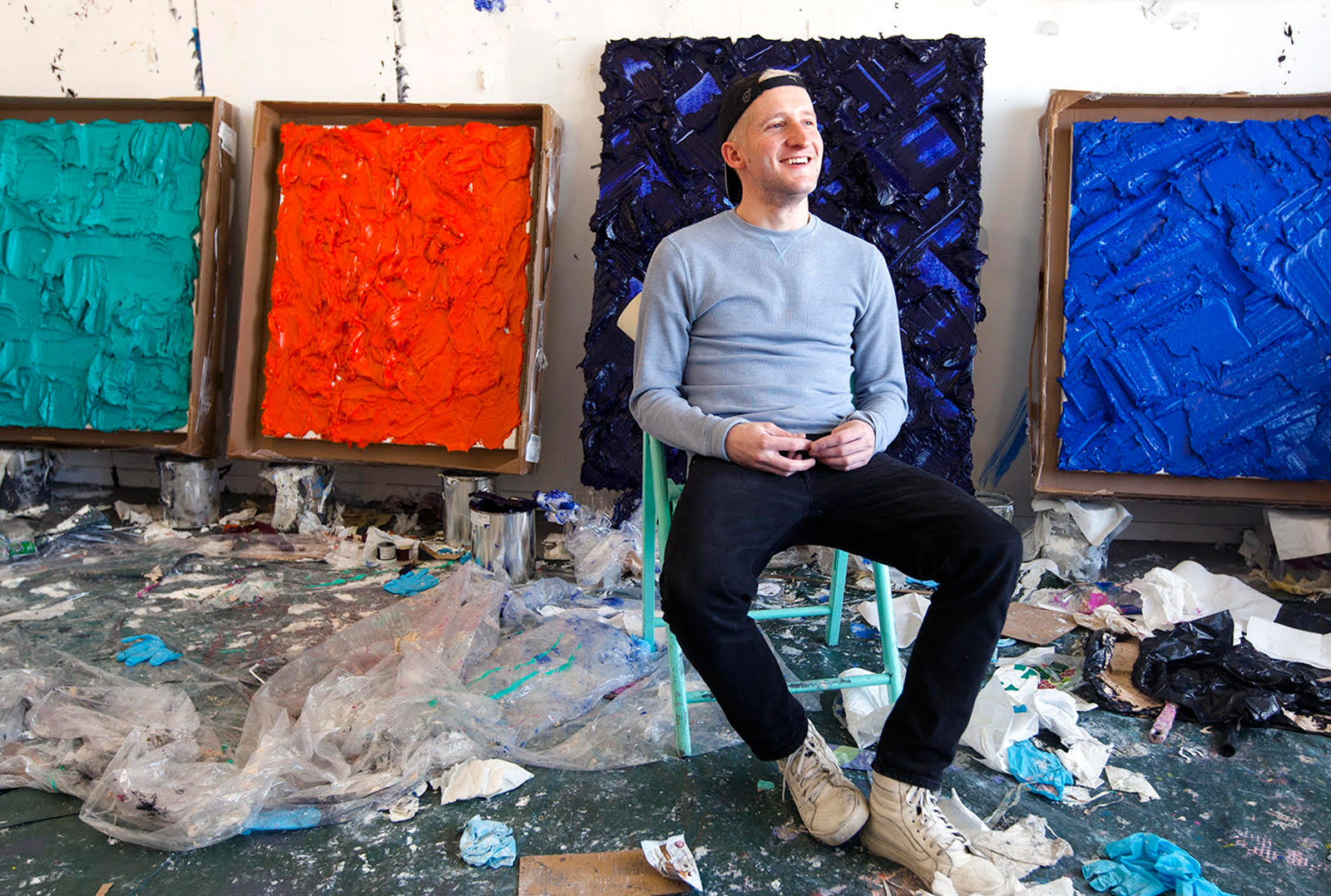 Known for his intense use of colour, and the heavy and thick layers of paint settled on his canvases, Brendan Smith shows a rather noticeable interest on how the actual luxury goods culture has ended up affecting the artistic world, leading to a commodification of the artwork and giving birth to a new base of what its ultimate meaning is and what sort of role it must play in the contemporary art order. In a world constantly redefining itself, Smith is able to approach materials differently by placing them as the basis core of his artistry and the focal point of his effervescent creativity. Pretty evidently, he does not stay behind – Smith stands out with artworks meant to redefine the relationship we establish with artists and creatives, and the factual interaction existent within the overall art and luxury goods sector.
Could you tell me a bit about yourself? How would you define the work you do?
I’ve lived in New York City for the past ten years and have a studio in Long Island City. The work I do focuses mainly on painting and ideas of control, material, and the art object as commodity. I work in oil paint, liquid rubber and plastics, and Corafoam.
I want to know more about your background. Where do your inner artistic feelings come from, and when was the first time you produced something worth of making you say: ‘’Whoa, I have to dedicate myself to art!’’?
I went to RISD for undergrad and started majoring in Illustration because of my background in drawing. After a year of studying Illustration, I realized how much I enjoyed painting and decided to focus on developing my concepts relating to painting and sculpture. After I moved to NYC and started experimenting in new materials and processes with paints and plastics, I began surprising myself. After drawing for so long, it was the moment I realized how important experimenting was for my studio practice. Since then, I’ve become more interested in design, and how artwork is commodified and objectified by the market and culture of luxury goods.
What’s usually the process mainly about? What kind of approach do you take towards painting?
I’m very interested in exploring ideas of control in painting and object-making. Approaching a project with a set of rules that act as a starting point but are open enough to allow for slippage, a push-pull, is important to me. I tend to set certain parameters but keep the planned outcome afloat and semi-abstract, so that I can continue developing my ideas through the physical process itself. I don’t enjoy a step-by-step recipe when creating, but I do like to have certain known inputs so that it’s not a complete free-for-all.
My process, whether painting, pouring plastics, or carving, is always labor-intensive. The materials are always somewhat different to control, but they always deal with ideas sensuality and pleasure. I’m enjoying contrasting elements, such as wet-dry, solid-soft, attractive-grotesque, and pushing the limits with visual assumptions we have when looking at new objects we discover. 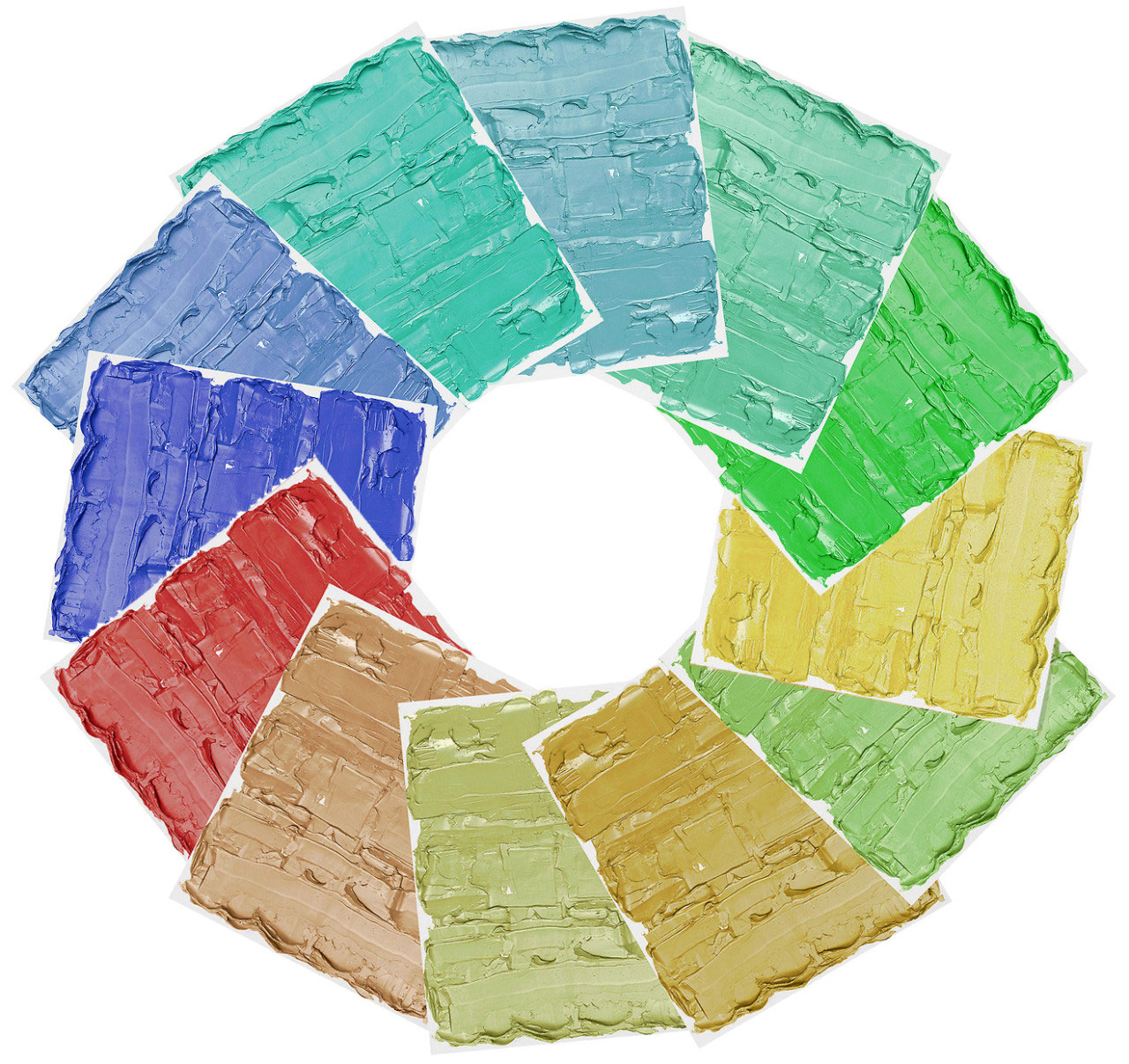 Some pics of your Instagram show you surrounded by laboratory experiments; it's clearly visible you are rather keen on innovating, at least in the field of art. Can you tell us more about it?
I’m constantly experimenting with materials in my studio, and I spend a lot of time walking around shops in New York, searching for new products to bring into my practice and meld my interest in painting and design. Researching new materials often will lead to entirely new ideas, such as Music for Chameleons, where I was finally able to use a new liquid plastic Henry Barrett and I had discovered in combination with chameleon automotive paints that I had been obsessed with for a while. I’m experimenting with pushing past pure oil paintings, and creating painting objects that deal with similar ideas to the paintings but that also incorporate, through material mixing, some other personal interests of mine. These works will be less “pure paintings,” which is how I term my oil paintings, and more sculptural objects that are, visually, clear evolutions from these paintings. I would say my main concern is the sensual, and how I can explore that term with different materials.
Can you tell me more about the Music for Chameleons show with Henry Barrett?
The work for Music for Chameleons was made for a specific space and event. We explored how the art objects could be produced for an opening and how objects could be made specifically for a gallery space. In this way, they could be understood as functional sculptures, where their function was to host an opening. Instead of simply viewing the art objects, visitors were invited to sit, touch, and discuss them. At first they were hesitant, because they thought they were for viewing only, so we had to invite them to use the functional aspects of the pieces. I think that's what the show explored – expectations around art objects. When can an art object become functional or domestic? How and when can it embrace the event where it will be viewed? What expectations do viewers have regarding art objects in galleries? We tried to embrace these questions formally as well by exploring typical heights of chairs, the flatness and texture of table tops, how a vertically wall-hung piece can bend to hold objects and morph into the domestic shelf.
“I would say my main concern is the sensual, and how I can explore that term with different materials.”
In which way do you see yourself influenced by colour? I really like the ones you use, they seem to really define you.
I really love color, but I’m very particular about it. I’m interested in all the different associations we each have with different colors, and how those can be pushed and pulled when I use them in my works. I’ve worked with a paint factory in New York to create a unique recipe that allows the oil paint I use to dry quickly, and also unique custom colors of paint exclusive to my studio. It’s a long process that involves me sending them snapshots from my phone of colors that I find daily, the factory sending samples of paint to match back to my studio, and then using pigments to adjust each color to my liking. One of my favorite custom colors is a new green that looks similar to a mouthwash or toothpaste tone.
Tell me something about 2015’s PaintingID show. Where did everything start?
PaintingID was my second solo show in New York and developed as a direct follow-up to my 2014 show S1. That show was the first time I experimented with customization, allowing collectors to have a role in ordering paintings to match their personal tastes. In my studio, the paintings had become very minimal, both formally and in process. They became less about using a unique composition or image as a starting point, and solely about the pure action of applying paint to fully cover a canvas. When collectors visited my studio, they’d often ask if I would create a painting similar to one of my grays but in a specific color that might match a new couch they bought, or wall color in their home. I realized that the paintings had become so purely about the process, that creating one in a bright pink, or a color I may not choose myself, wouldn’t affect what the paintings were about, and I began exploring how to allow broader formal inputs into my system of working. In S1, I also wanted to further explore the idea of a painting as an art object, and I allowed buyers to mix and match colors and gestural systems to their liking.
PaintingID further explored this idea by pushing it into the digital world, similar to the Nike and Lexus websites that allow you to customize their products. On those websites, a shopper can piece together his or her dream sneaker or car through a rendered model onscreen. This disconnect between purchasing something in real-time and creating a 3D model to your liking was interesting to me, and I wanted to see if I could explore that in a gallery setting with paintings. One of my collaborators for the project, James Orlando, helped me 3D scan the actual paintings in my studio, so that we had a fully rendered model of each gestural system, which visitors could change and edit online before placing an order for the painting they created. 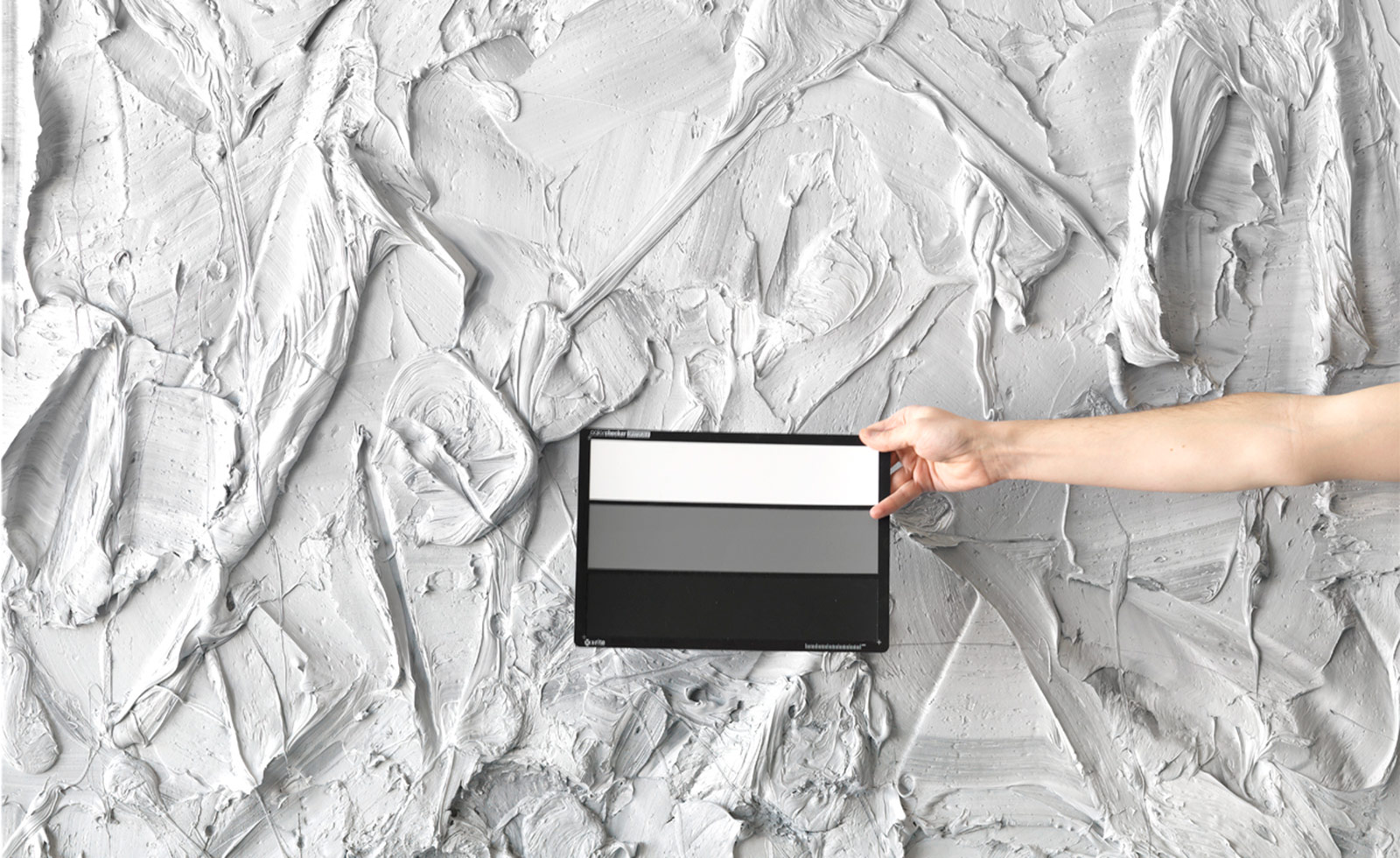 Up to what point are you into letting the customer having its say in your artwork? Does it affect the final configuration of it all?
I’d like to continue to open the dialogue between myself and collectors. Allowing them to have control over certain inputs within my tight systems of working is an interesting experiment. I want to continue to expand this idea with new sculptures and see how far I can push the exchange.
Where are you currently displaying your work?
My show Music for Chameleons just closed at 315 Gallery in New York. I also am showing work at Koki Arts in Japan, and preparing for a show in the fall in New York.
To finish this interview, what's the sort of art you take into practice? Some would rather define it as simplistic, abstract or madly colourful with that thick brushstroke.
I like to consider my paintings to be pure paintings. The structure of any painting has always been my main interest, and I want mine to be objects with a slow read, where the viewer can take their time unravelling the gestures and making sense of how the painted surface was built. There is something sensual about using gallons of paint in my works, and I’m trying to evoke as much of the sense of pleasure in the final object as I find in working on it. 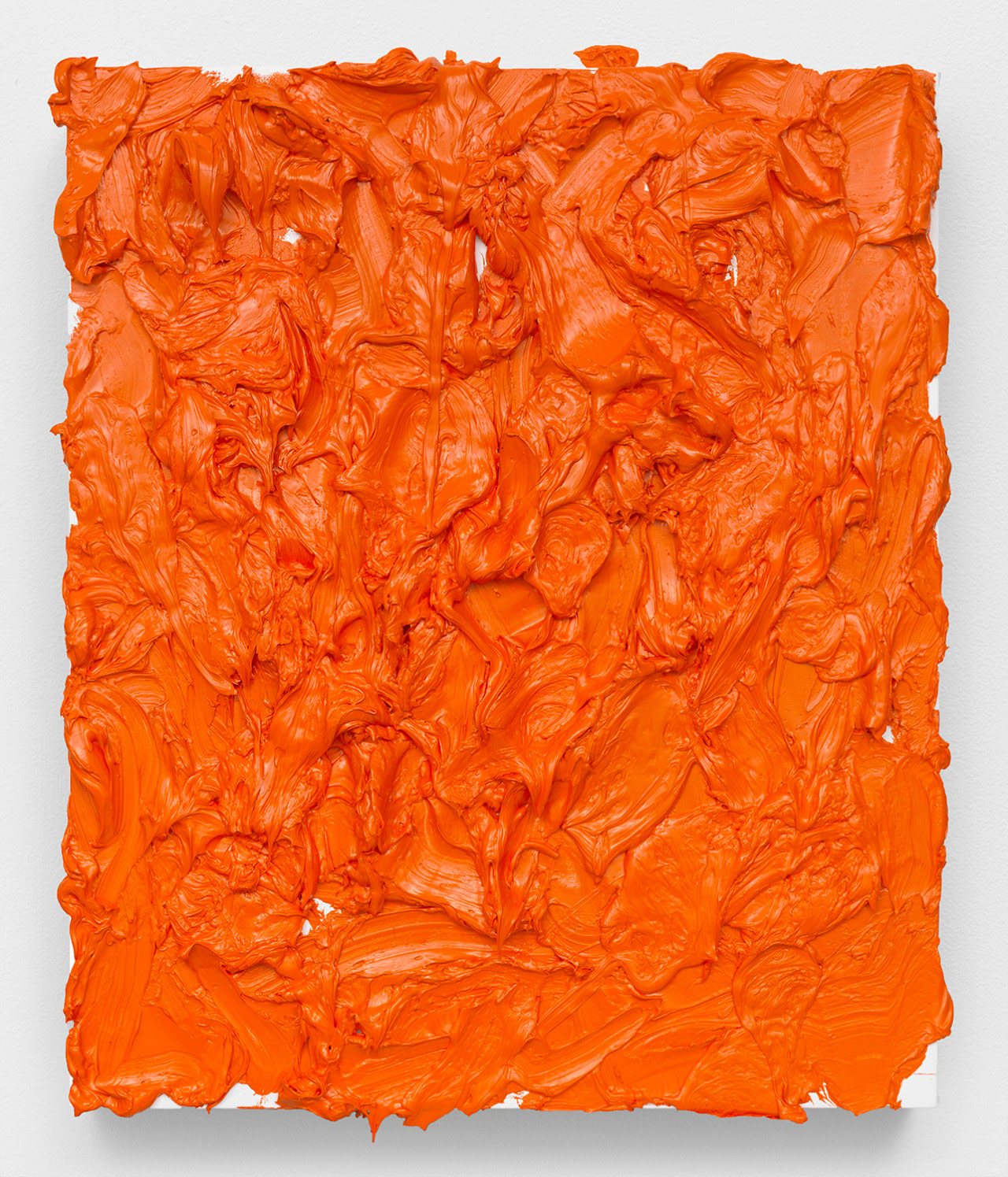 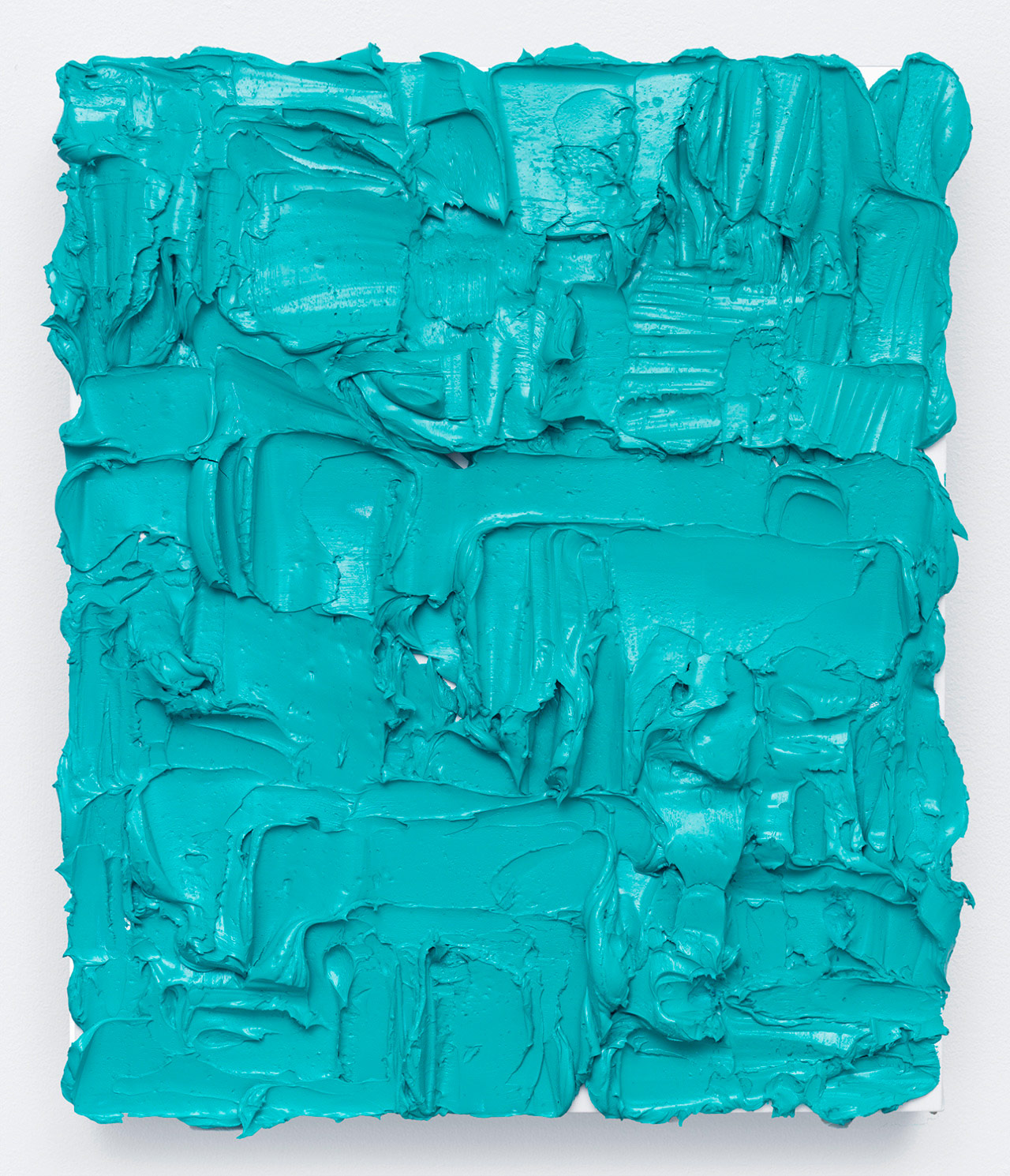 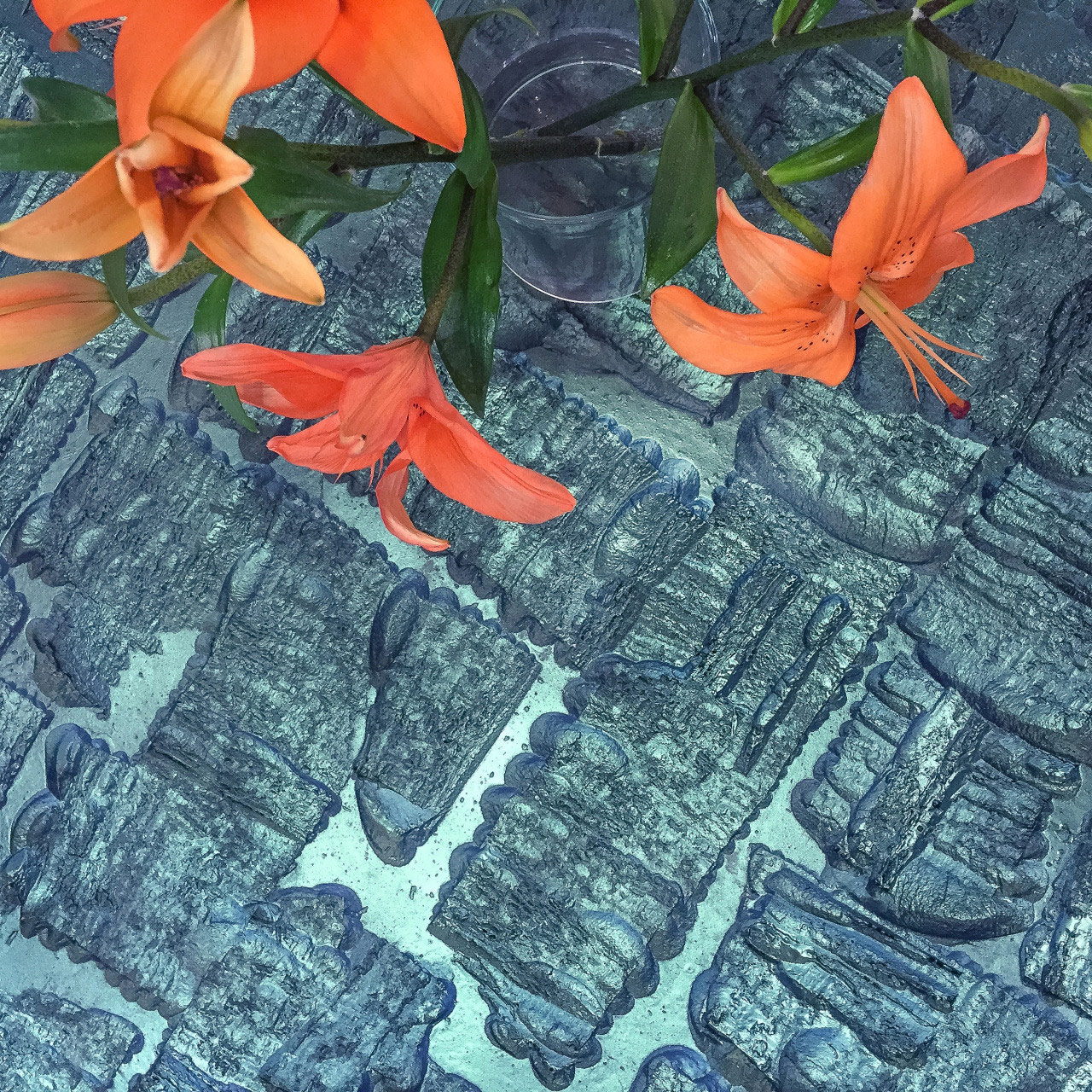 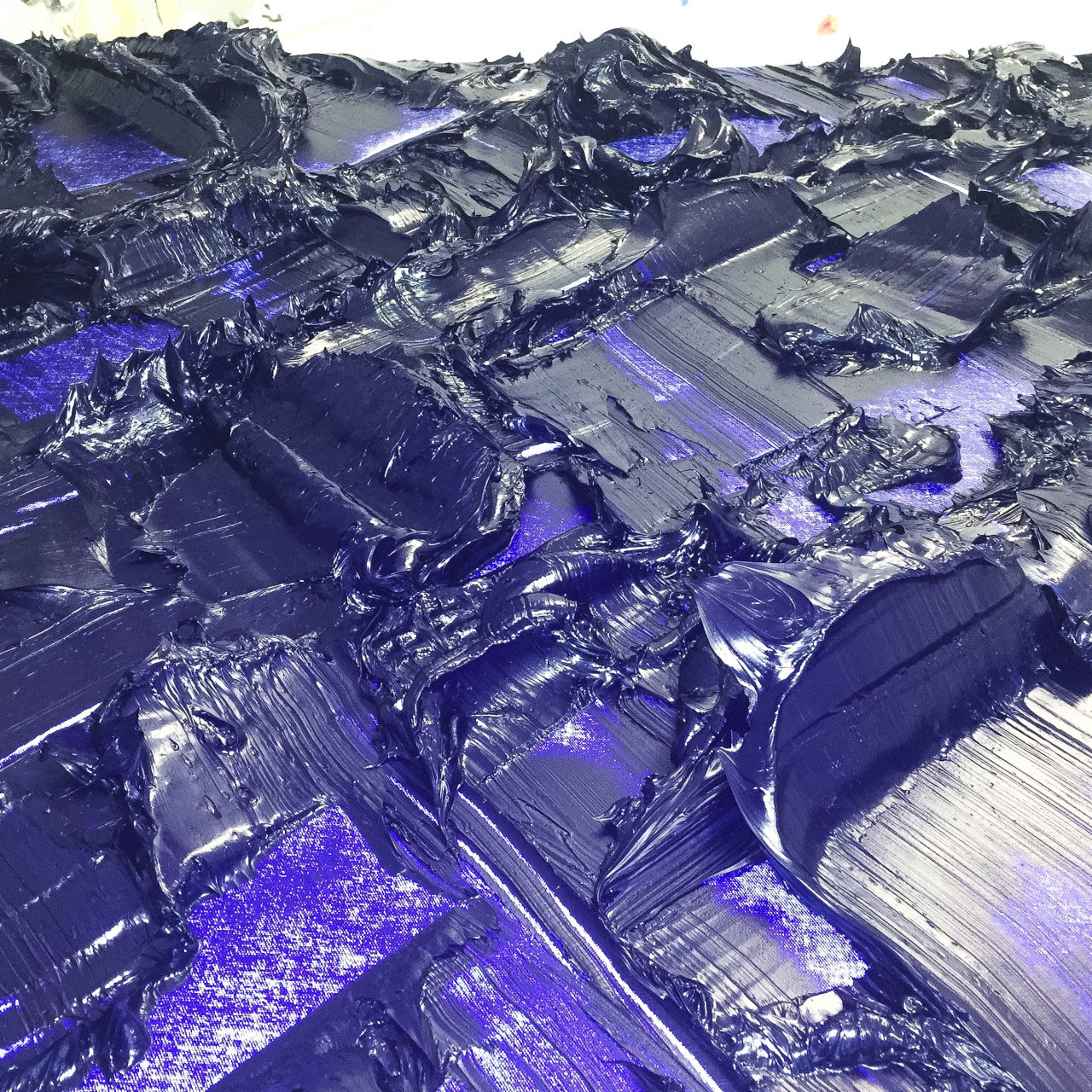 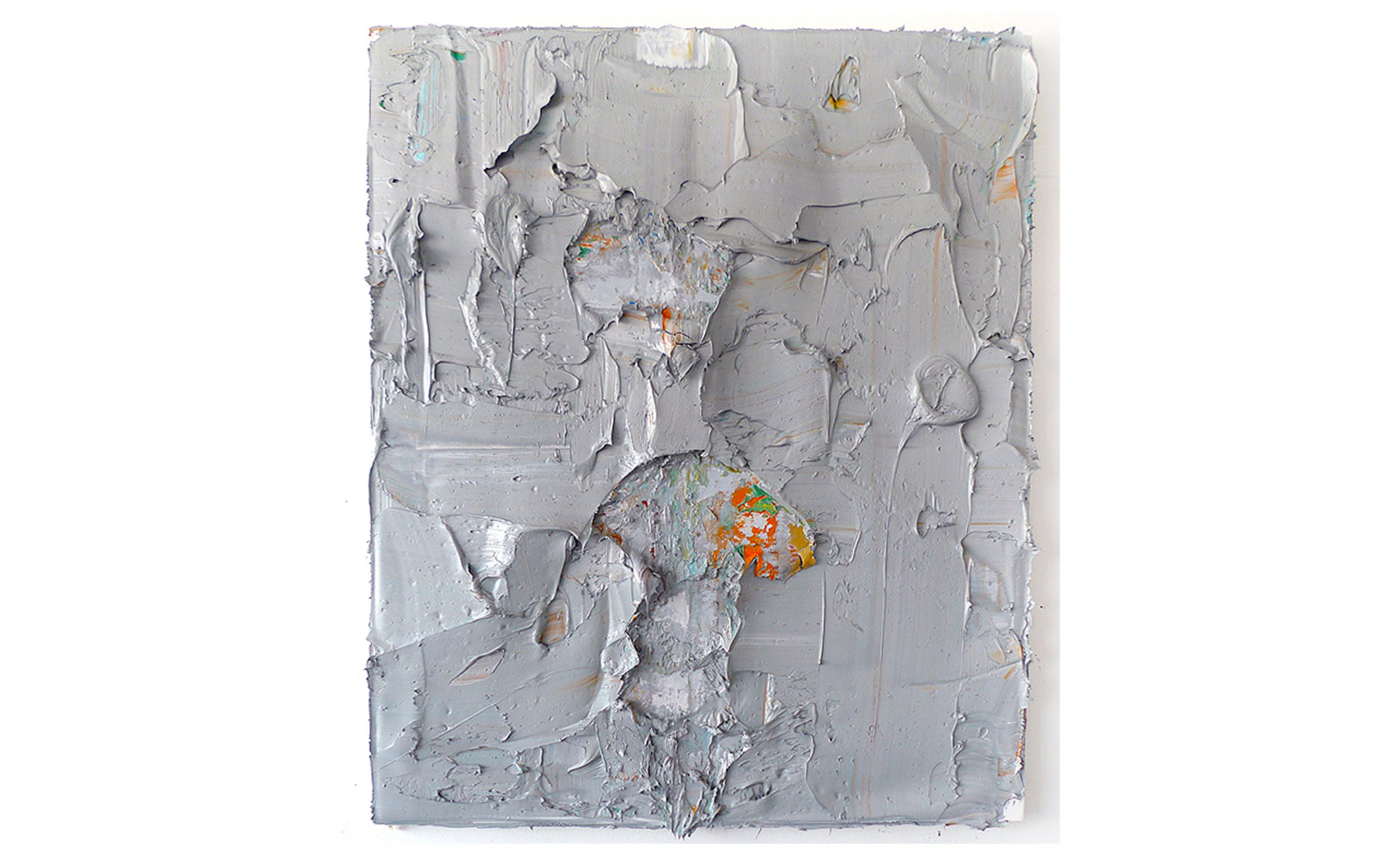