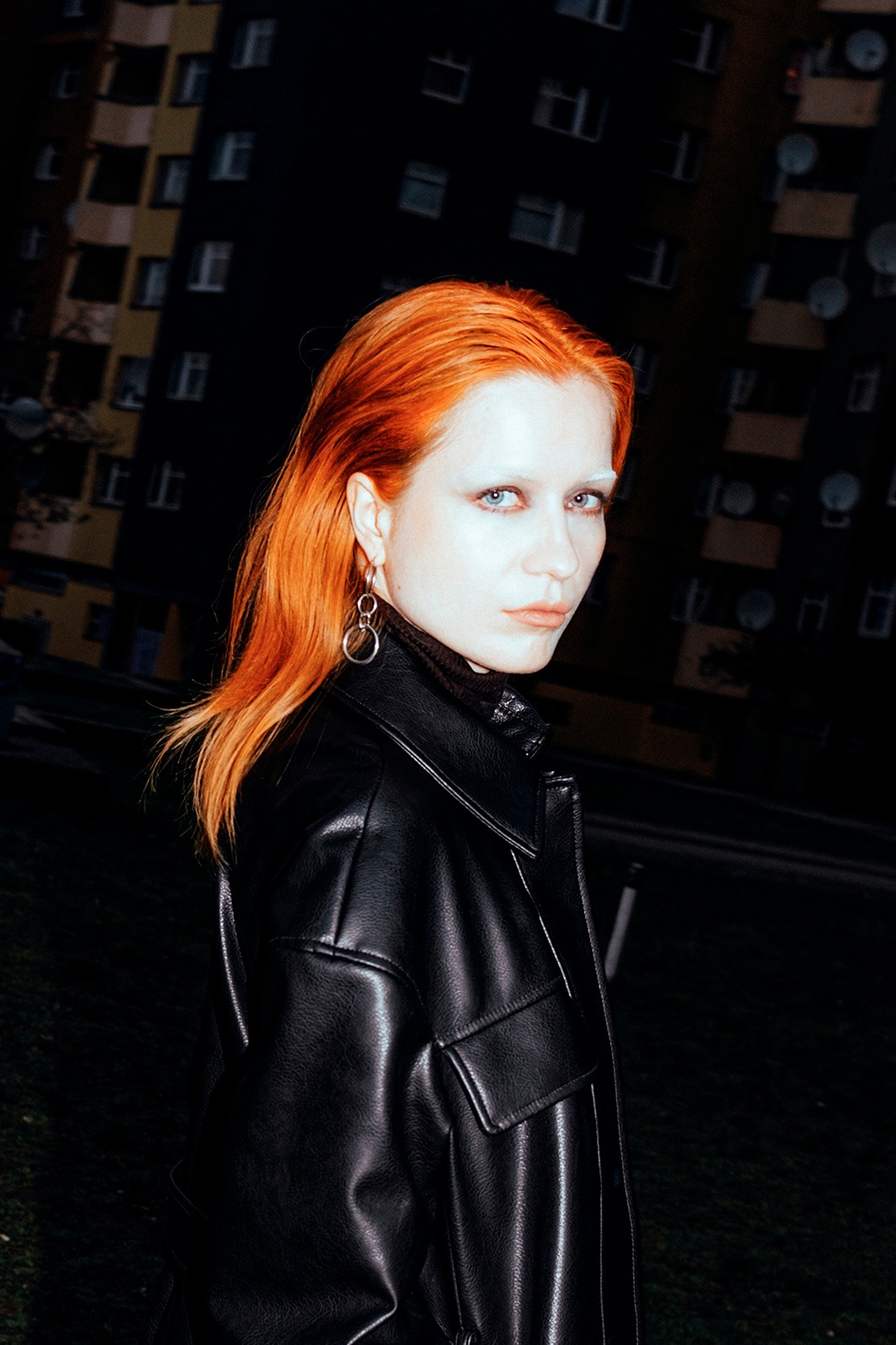 Since Berit Gilma moved to Berlin in her early twenties, the Austrian-born art/creative director has been exploring the various subcultures that shape the music scene. Overcoming different challenges along her way and facing not only a glass ceiling but glass walls that she found everywhere, as she tells us in the conversation we have, she became the creative director behind the new Danny Elfman album. Having been friends since 2016, they’ve collaborated on his upcoming remix album Bigger.Messier. They even dove into artificial intelligence systems in art in his video In Time. An adventure in which anecdotes have not been lacking either. She was on a FaceTime call with all of the Backstreet Boys! It’s time to talk to her.

Could you briefly introduce yourself to our readers?
My name is Berit Gwendolyn Gilma, I have a background in fine digital arts and I currently work as an art/creative director in the music industry.
You were born in Austria and now you live between Los Angeles and Berlin, right? Tell us, how have these experiences in different countries influenced your work as a creative director?
I grew up in a water plant nursery, so I was surrounded by water lilies and amphibians. It’s my mother’s business. I know it appears unconnected to my current work, but growing up there was really formative. It established a way of looking at the world, at forms, colours, patterns, and details. Early in my twenties, I relocated to Berlin and immersed myself in the city's subcultures around music and art. From the hacktivist scene to new media art to techno, each had an impact on me. I was lucky to study under and work for Ai Weiwei, who became a sort of mentor. As a result of our close collaboration, Danny Elfman had a significant influence on my Los Angeles chapter and continues to do so.
Many artists consider a significant moment in their career as a turning point from which they began to dedicate themselves professionally to their craft. At what point did you feel that you could start making a living in your work? Has it been a difficult road?
Undoubtedly, the journey has been extremely challenging. I didn't really experience a turning point. I was just trying out different things and fighting to do something that felt significant to me. I frequently felt that after putting in a lot of effort to achieve success, just as everything was coming together, something happened, and I had to start over. I was fortunate that it continued past this stage this time. I'm very humbled by my experiences, but I can equally say that as a young woman in the creative industry, there is not just a glass ceiling, there are glass walls everywhere, so it’s definitely a difficult road, but I like the challenges.
There are certain professions in which it is undoubtedly necessary to study at university to learn technical knowledge. However, in the world of art, not everyone follows the same path. Were you academically trained or did you learn in a self-taught way? Do you think some people are destined to dedicate themselves to art since they are born?
I have a Bachelor of Arts degree from the University of the Arts in Berlin, and I’m currently finishing my Master of Fine Arts degree in Design Media Arts at UCLA, which is only possible because I have a Fulbright scholarship. So yes, I’m a scholar. However, there is simply no manual on how to do things in the arts. University taught me critical thinking, challenged me and connected me to a community, which I value a lot. But the majority of the work I do I have not been taught. It feels like a complex, three-dimensional endeavour that the university only provided some components. There are many people who produce amazing art without ever attending college. It’s so individual, and the fact that the approach to art is so wide makes it really a very unpredictable and wild landscape to navigate.
You're the creative director behind Danny Elfman's new album. And you have led all visual elements of both releases and co-curated the lineup of remixers that would transform Elfman's tracks on Bigger. Messier. How did this opportunity come about?
Danny and I have been friends since 2016. Back in 2018, I was putting together a show for my favourite festival, Dark Mofo, in Tasmania (Australia), that involved Danny. Unfortunately, the show didn’t happen, but it eventually inspired Danny to write new music once the pandemic struck and Danny had time – a rarity for someone as busy as him. It started with a few songs. He would send them to me for feedback, and once it became evident this would turn into a record, he asked me to be his Creative Director. Over the course of 2.5 years, the project expanded and at the end, we had a double LP, twelve music videos, a sophisticated deluxe box set, and a remix album with contributions from artists like Iggy Pop, Trent Reznor, Ghostemane, and Blixa Bargeld (and many more). 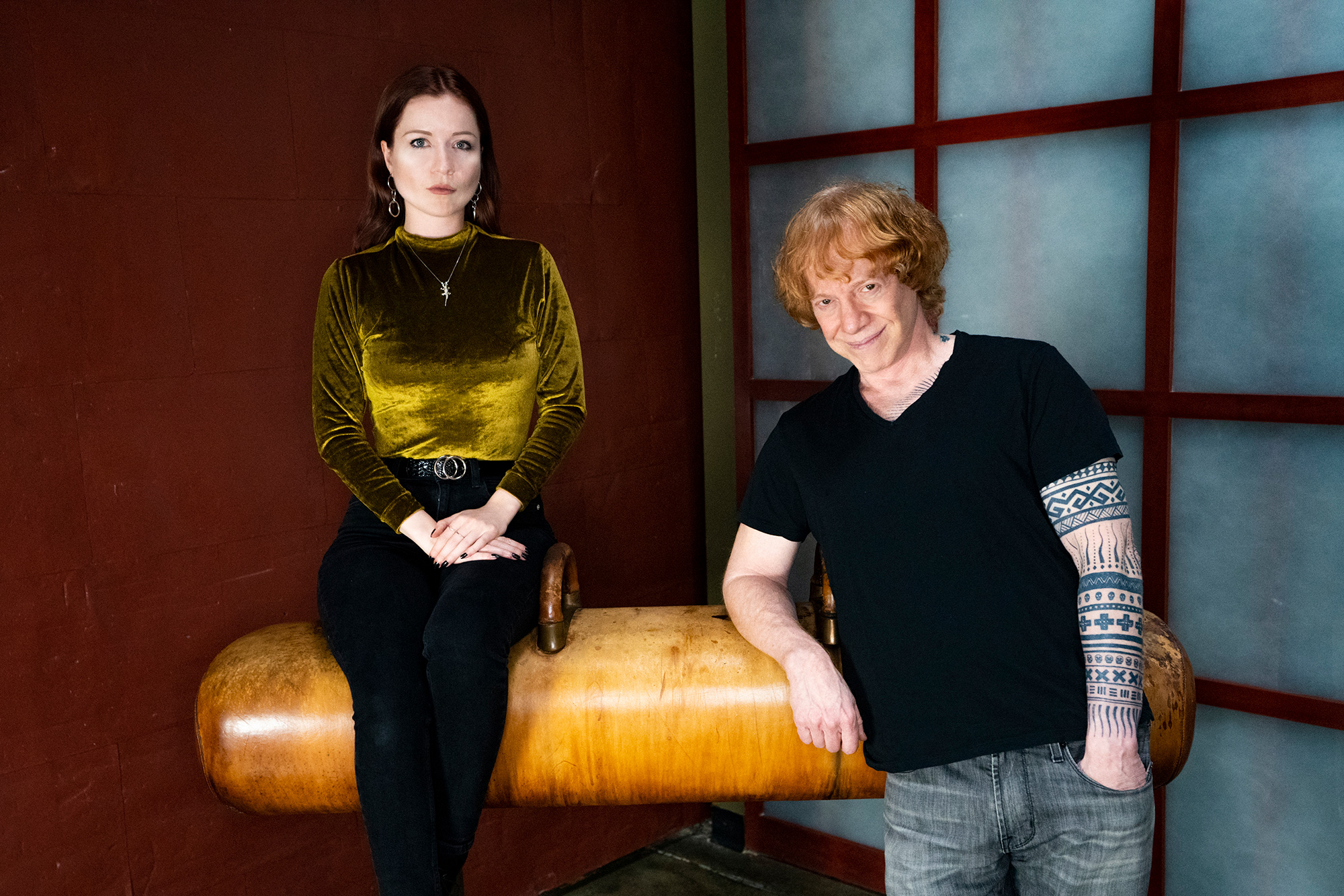 Danny Elfman & Berit Gilma by David Tamargo
And what would you highlight from this experience? What have you enjoyed the most?
I enjoyed that I was given the opportunity to live out my vision by an artist I really look up to, and I never thought I would collaborate with him so closely. Really, it was rather amazing I had so much authority and could do all the things I did. For Danny, it was a leap into a lot of things he had never done before, and I enjoyed the role of facilitating. I also felt a lot of gratitude towards the label (Anti/Epitaph) because it gave us the freedom to create what felt right and backed my vision.
If you had to choose just one moment of the creative process of this work, what would it be? Is there any anecdote you want to share with us?
The day that a project you've been working on for a while gets released and you start getting feedback is, in my opinion, the most enjoyable. I received so many kind notes and was absolutely happy to have worked with such gifted artists. There are probably many anecdotes, but the funniest incident that happened to me occurred while I was working in Danny's studio and he received a video call from every member of the Backstreet Boys at once. I joined the call for a minute, and we were joking around. I asked Danny why they called him, and he said he had no idea; they just wanted to meet him. I never thought I would ever be on a FaceTime call with all of the Backstreet Boys! It was great and somehow bizarre, and afterwards, I wondered if they always hung out together.
Let's talk about the video for In Time, which is inspired by Elfman's and your mutual fascination with AI systems in art. How was the process of developing this visual piece?
I worked with an Italian AV artist who creates most of his work with AI. His name is Lorem, aka Francesco D'Abbraccio. I absolutely admire him and his art. His videos are mesmerizing and poetic. I proposed to Danny the idea of creating a video using AI, and I made him aware that the result (as it’s AI) is only somewhat predictable, making it highly experimental. We did some tests, and he seemed to enjoy the mesmerizing, morphing nature of the GANs. So I got a director, Zev Deans, on board, a production team, and, of course, Lorem to create a piece that matches the hypnotic quality of the song. We body-painted Danny and filmed him. We had to precisely think through the process. The production of the video took a couple of months as we had to experiment a lot, but I’m very happy with the result.

Do you think that the work of creative directors is valued enough? Is there general ignorance about what your job consists of?
I would say there is some ignorance and the issue of feeling valued for your work is a problem that many creatives experience. It’s actually a massive issue and I feel really sorry it is that way because we should all be seen for our work. I think a lot of people think that I just work for Danny and that’s it, but we have been friends for many years. We worked obsessively on this project, always with the highest artistic standards. I somehow poured my heart into it. Danny and I have a great deal of trust in one another, he is really a true artistic soul. I believe he is aware of my impact on the project that is Big Mess and everything that followed.
Who are your greatest references, what inspires you?
My inspiration range is quite wide, so I tend to say ‘everything around me.’ But I definitely gravitate towards the darker arts, dark romanticism like William Blake, the surrealist movement, and films by David Lynch. To name a few new media artists who have influenced me a lot in the last 10 years: metahaven, Hito Steyerl, DIS, Trevor Paglen, Ai Weiwei and James Bridle. I'm inspired by new technologies, such as artificial intelligence or blockchain, and how they expand our understanding of the world or our aesthetics. And I always let myself be inspired by nature.
Before we say goodbye, I would like you to tell us what projects you are working on and what your plans are for the coming months.
I‘m preparing an application as an artist in residence at NASA. Oh, and I actually just recorded my first song. Other than that, I’m preparing for the Halloween season in LA. Danny will have an elaborate show at the Hollywood Bowl, so I’m looking forward to that. 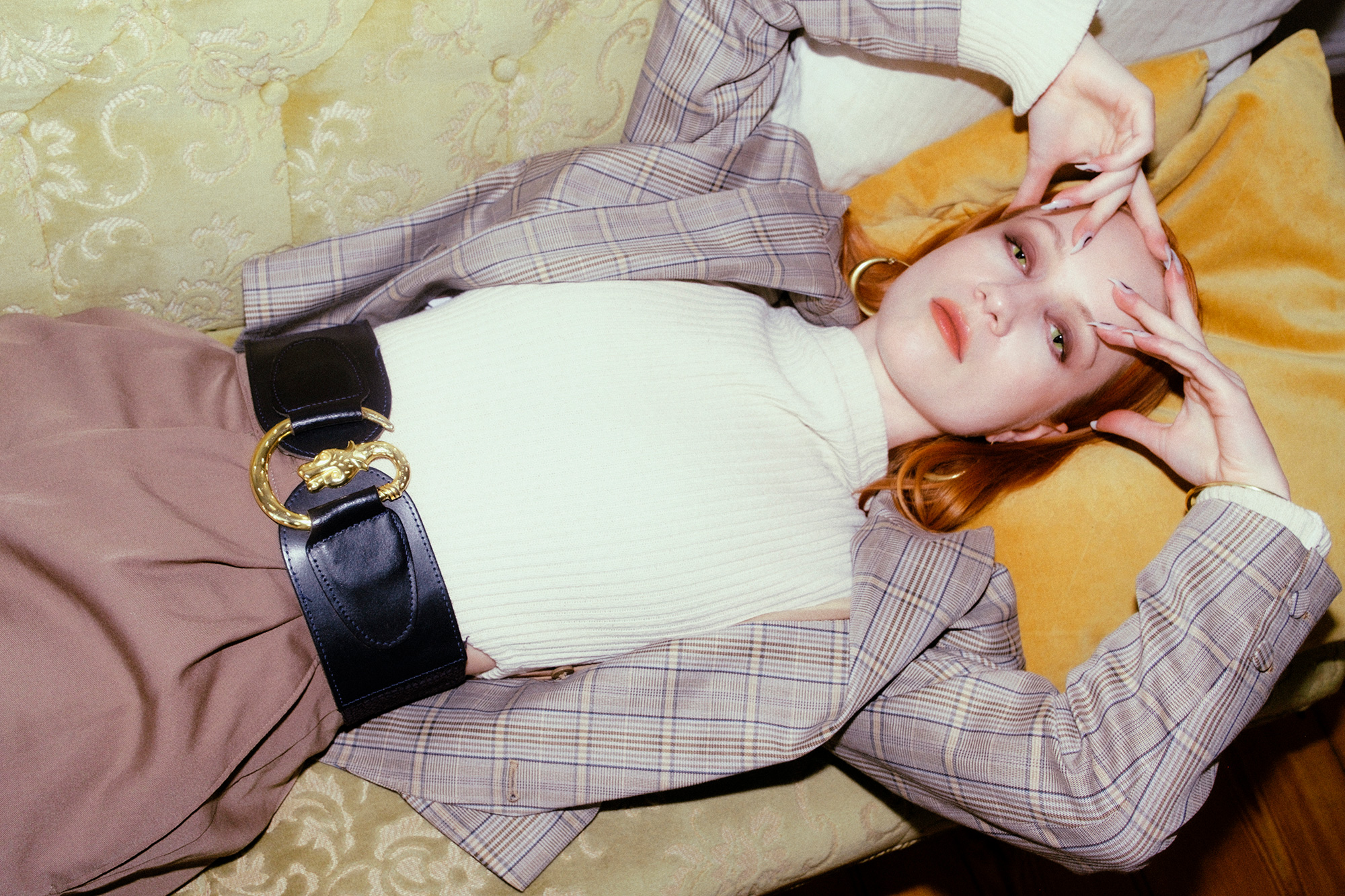 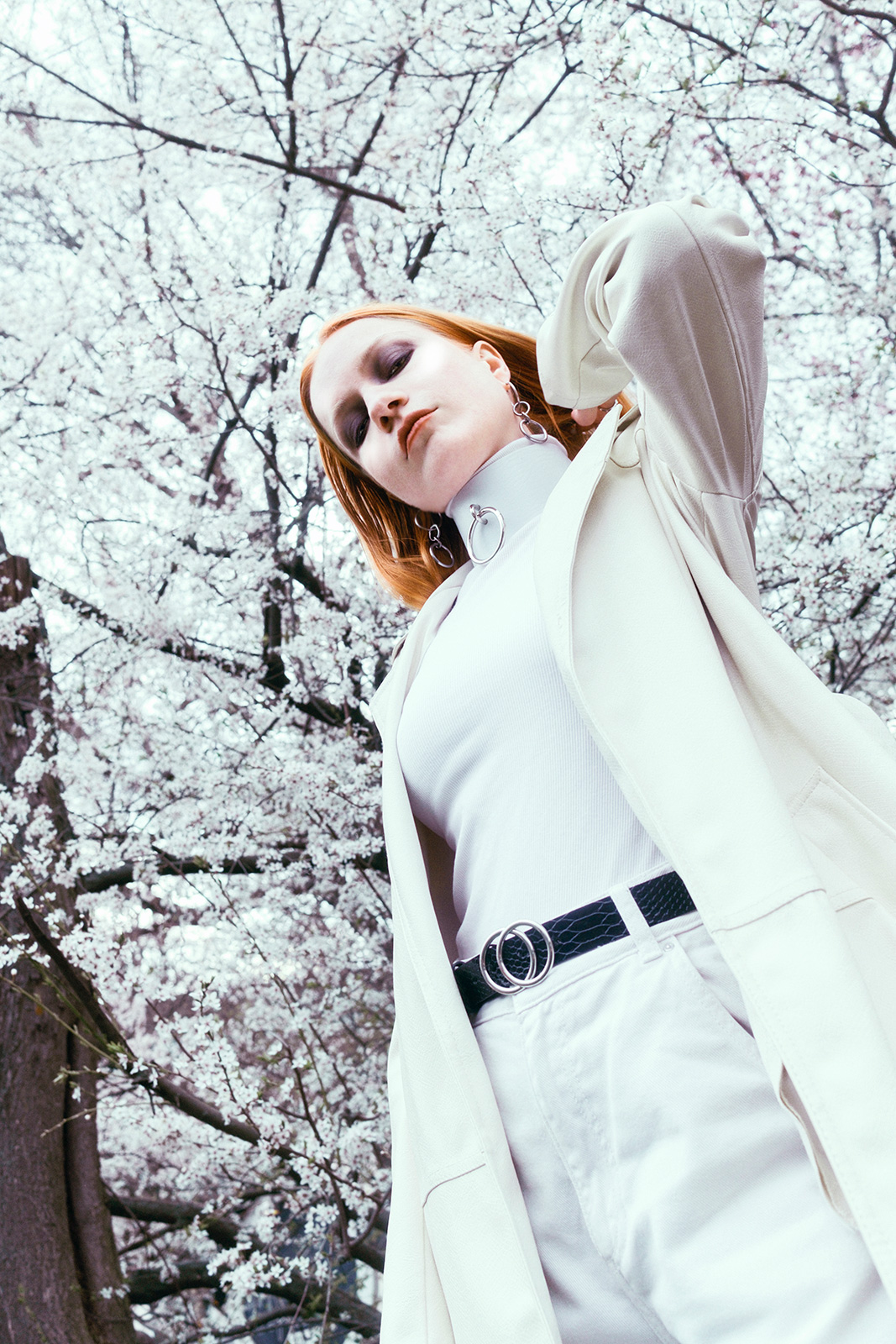 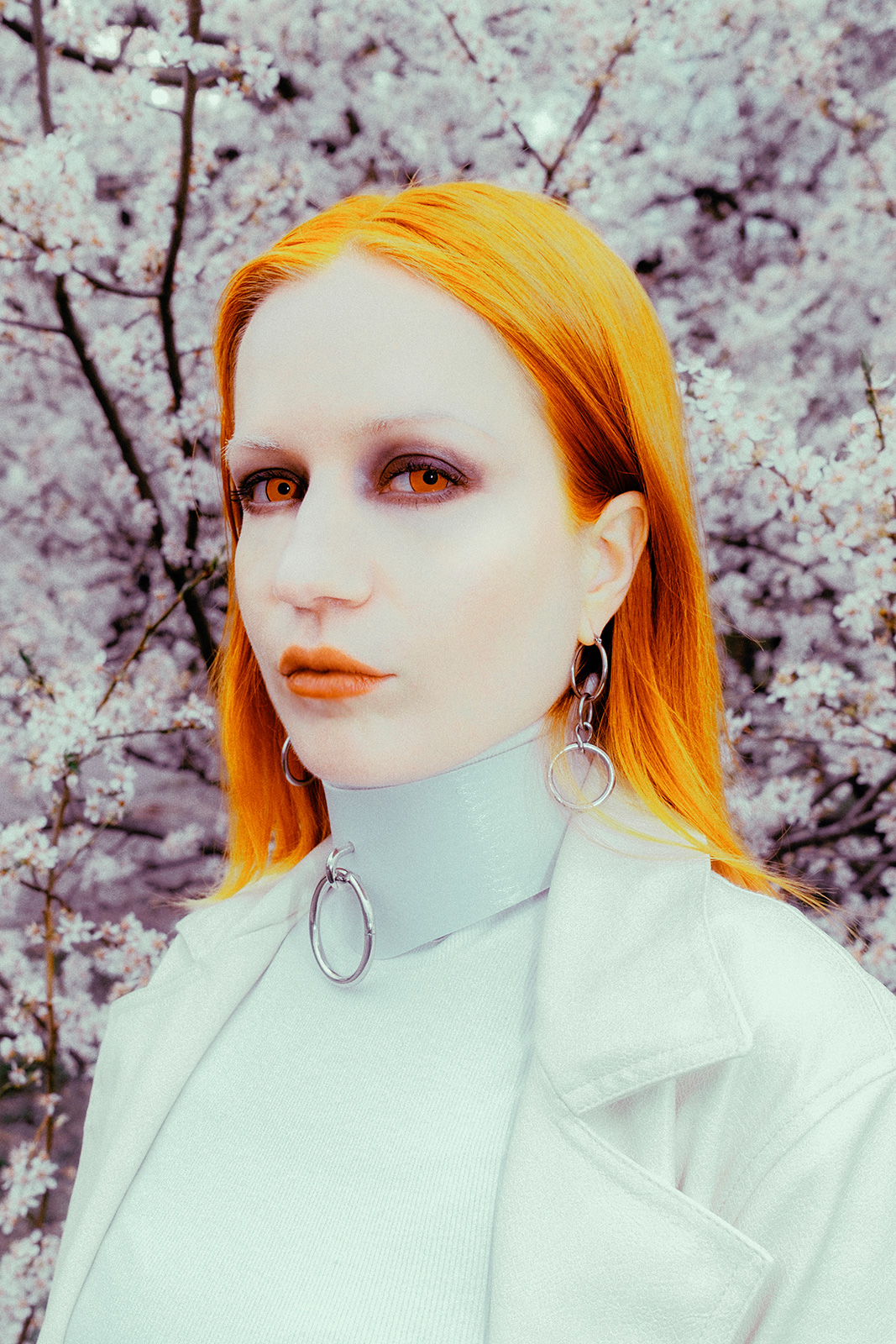