Raising awareness through the big screen 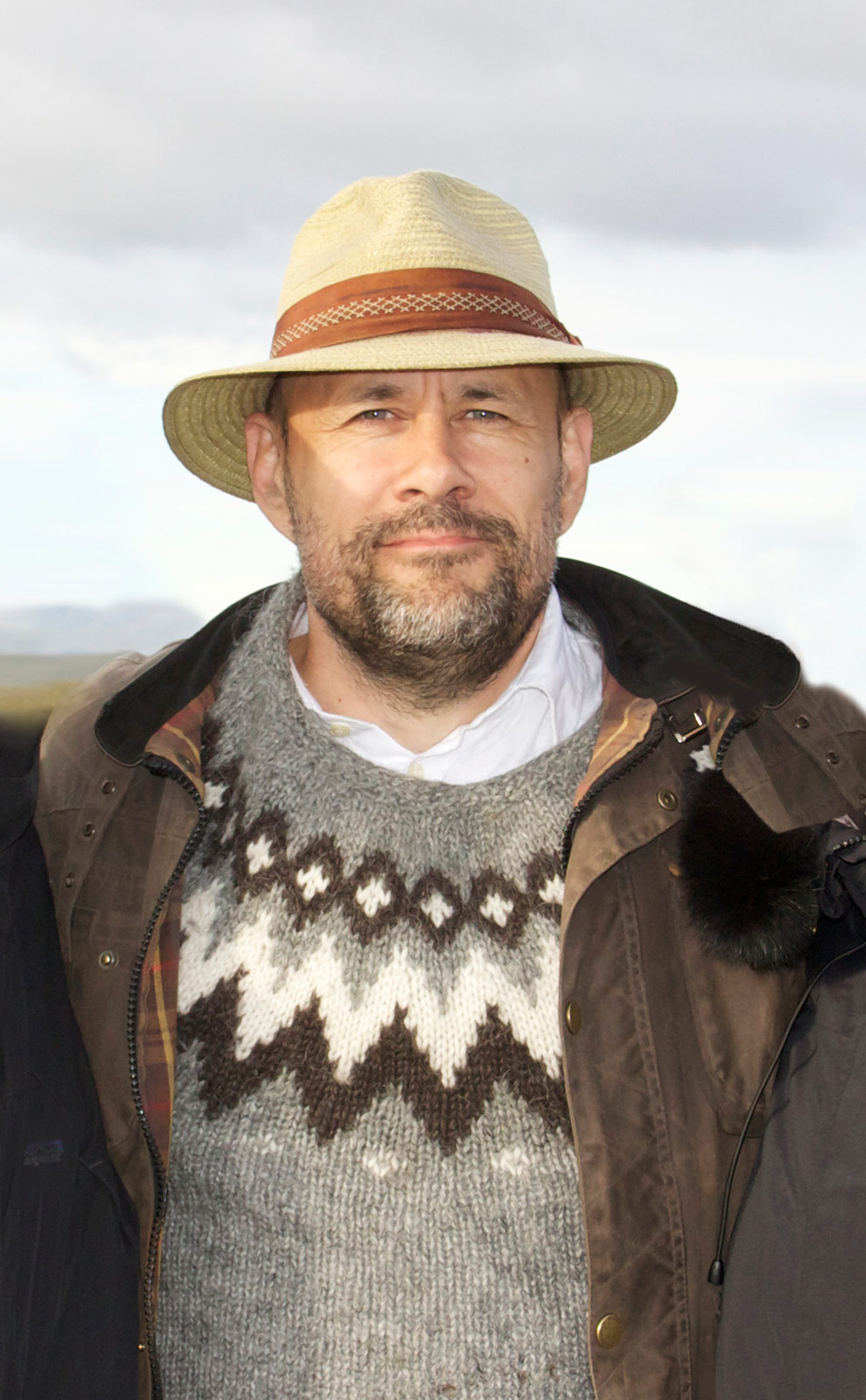 Thrilling, fun, dramatic and deeply moving. A very real heroic tale, the second feature film of the Icelandic filmmaker Benedikt Erlingsson touches contemporary topics rarely seen in the movies. La mujer de la montaña (Woman at War), located in the stunning scenery of the Icelandic highlands and starring Halldòra Geirhardsdòttir, introduces a hymn to nature and respect for the environment from a very human and feminist perspective. This fresh view on climate change and on effective activism won the 12th LUX Film Prize, awarded by the European Parliament in Strasbourg.
The talent of Benedikt Erlingsson when conceiving the staging and intelligent humour was clear in 2013 with his first feature film, De caballos y hombres (Of Horses and Men), which conquered several prizes and was selected as the Icelandic entry for the Best Foreign Language Film at the 86th Academy Awards. This first impression is confirmed with his second feature film, La mujer de la montaña (Woman at War). It possesses a unique balance between several genres such as comedy, drama, suspense, fast-paced action, a touch of fable and contemporary realism in the fight against the destruction of the planet.

At her fifties, Halla, a very independent woman, secretly wages a one-woman-war on the local aluminium industry, which is polluting her country. As Halla’s actions grow bolder, she succeeds in pausing the negotiations between the Icelandic government and the corporation building a new aluminium smelter. But right as she begins planning her biggest and boldest operation yet, she receives an unexpected letter that changes everything. Her application to adopt a child has finally been accepted. The protagonist faces the dilemma of how to reconcile her environmental struggle with her great desire to be a mother. 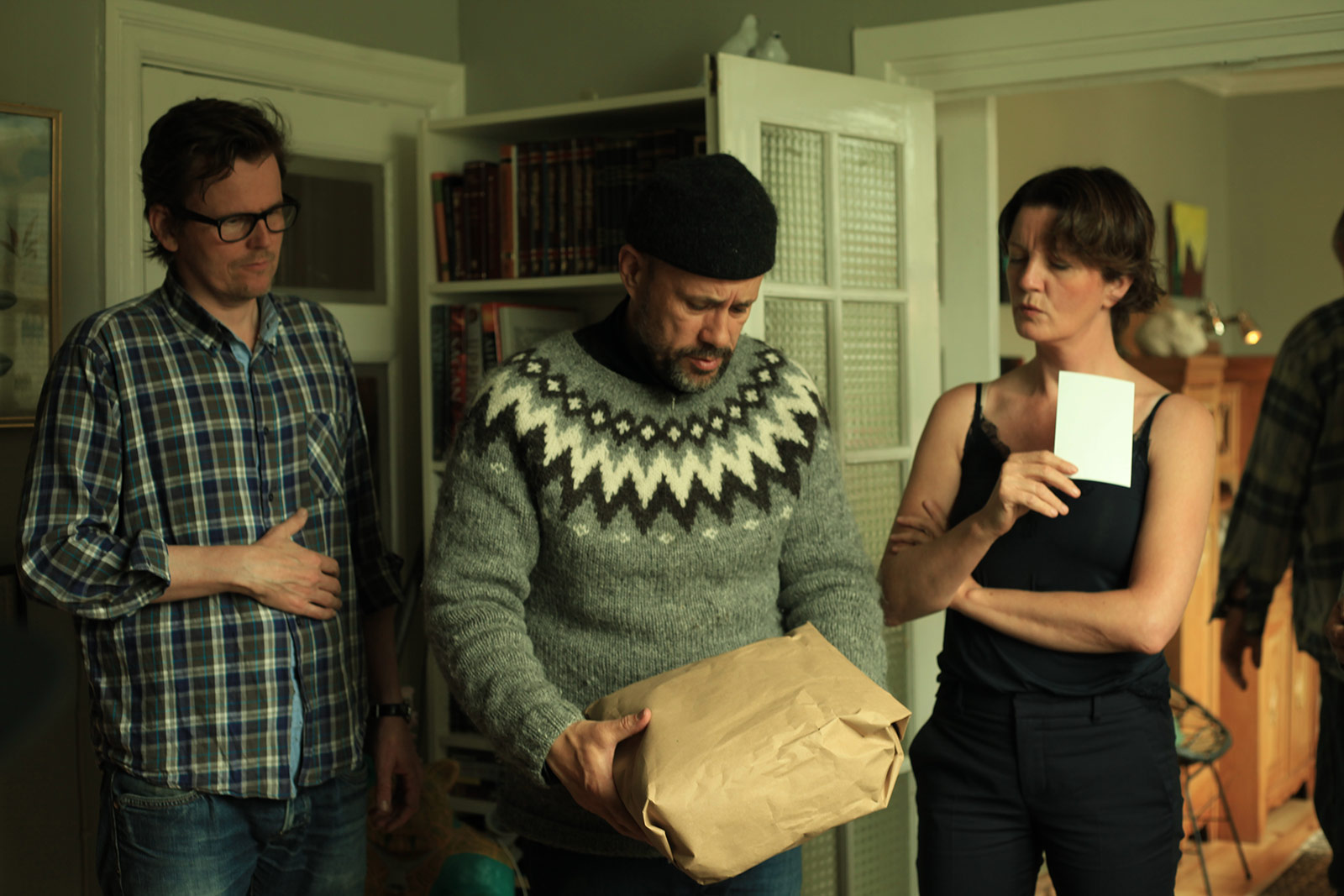 Benedikt, after your debut film, De caballos y hombres (Of Horses and Men), you are now presenting La mujer de la montaña (Woman at War). Both of them have been filmed on native soil and seem to have a strong connection with your biography. Is your personal life of great inspiration for you when writing a new film?
Yeah, I think you have to connect to the matter and know your subject. I’m just a beginner as a filmmaker so I really have to be a specialist in what I take in; it is of course good to have a connection with the topic. But in this case, I really had to educate myself about climate change and the sabotage movement. It was very interesting and also a journey for me. I must have a deep interest in the matter.
Screenwriter, director, actor; especially known as a theatre director as well as for your roles in series, movies and theatre. Your monologues are some of the most successful in Iceland. Having just launched your second feature film, what do you feel most comfortable doing? Will we ever see you acting in one of your films?
No, I’m not so interested in acting in one of my films. Maybe a small role just for fun but no, I’m not ambitious in that sense. I feel most comfortable with writing and creating; the creative space is where I really want to dive into. I already look forward to my next film now. It’s a very hard work being a performer and actor, it really is slave labour.
What was the origin of this story? Is there any specific motivation behind it that made you write this film?
Yes, the motivation behind it is the main topic of the film, climate change, which is an apocalyptic scenario. We’re fucked and we have to do something, the world needs saving. So you know, I thought it would be great to do a film, an action film about it. 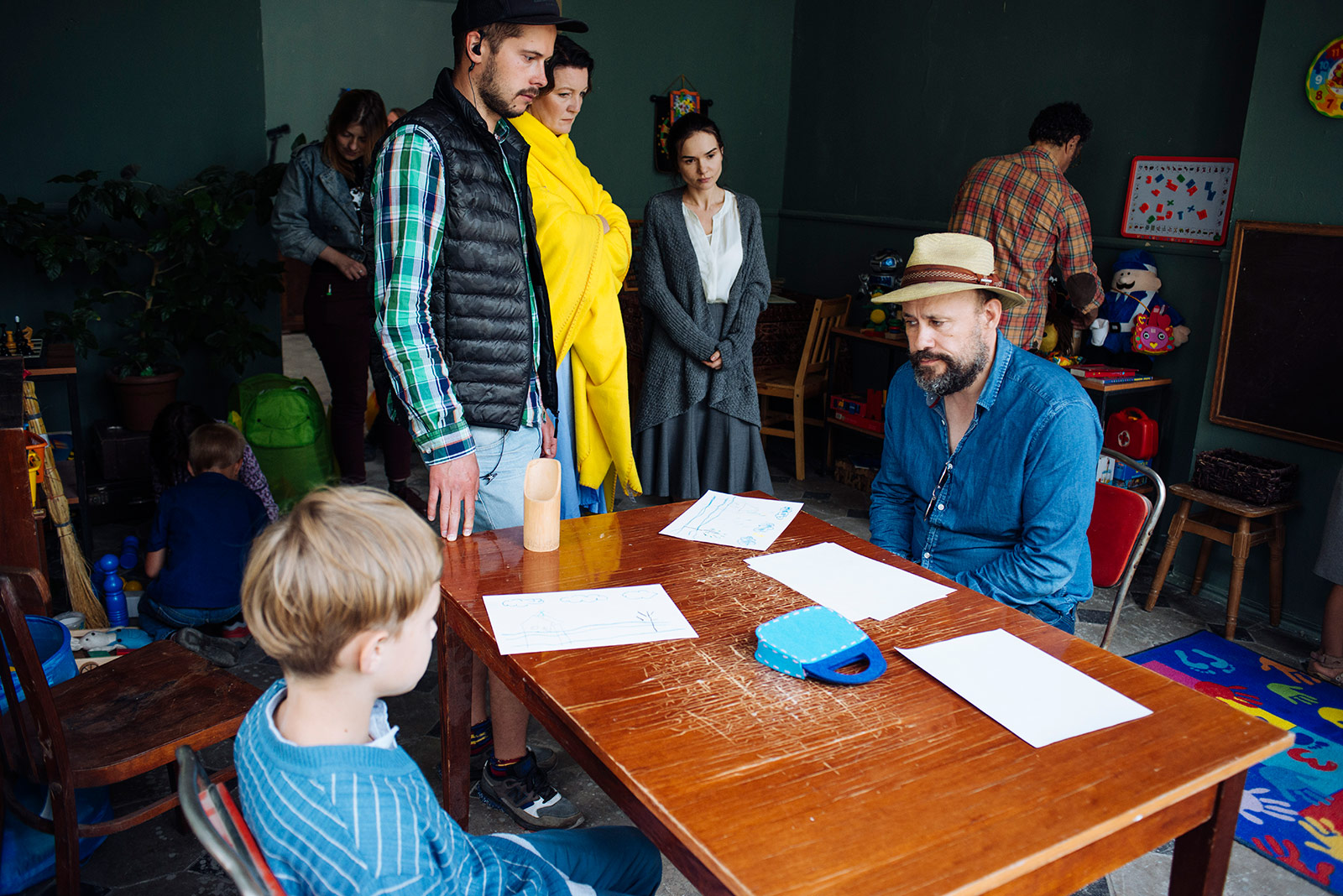 Halla skillfully using a bow and arrow to blow up a power line in the countryside. This is how La mujer de la montaña (Woman at War) starts. Was the protagonist always going to be a woman?
Yes! It really is in the story, it just comes with it.
The film is a 100-minute-long comedic drama about a woman who strives to be a real person. It undertakes a variety of contemporary topics such as climate change, financial interests, feminism, being a single mother and adoption. Bringing these issues on the big screen was something you always wanted to do?
Yeah, this just comes out naturally; it’s my guardian angels, my demons, that whisper in my head. It just comes throughout the creative process; when you write a screenplay, at least when I write something like this, I don’t decide the thread of the film, it has to find its own course. The subjects come to you, they come to me as something out of the materiality. They are in our collective subconscious.
So your films are somehow a reflection of you…
Definitely! And I think this is the same for all storytellers. Maybe there is also a question in all of this, it’s a reflection of what I am questioning and wondering about.

“We’re fucked and we have to do something, the world needs saving.”
Most of the plot is centred in Halla being an environmental activist, expertly managing the viewers’ expectations and playing with the rules of conventional narrative. Throughout the film, a band of musicians show up and seem to be Halla’s inner strength by supporting and setting the pace of her heroic actions. It adds a touch of humour and serves as detachment from the scene. Why is that?
It’s an old trick from the theatre to attach or detach the audience, it was a German thing. It is clear that in this film, in this story and in this world, there are musicians, so it seems very easy to open up and play along with it. Therefore, I’m happy if they are reminded once in a while that this is, of course, a fairy tale, a story. Hence you can say I am reminding them not to totally forget themselves in the melodrama, but I am questioning myself if it works. To me, it is a requirement to have the musicians talk to the protagonist or commenting on the action.
The selection of the Icelandic musicians and the Ukrainian choir are exceptional. I’ve read that you tried to record all the music on set. Is that right?
Yeah, we recorded the music as much as possible on set. We actually recorded before, then on set, and after, off set in better conditions. We pretty much had three versions of every song.
Halla lives the ideals of Gandhi and Mandela, the heroes she has hanging on her living room. Her willingness to sacrifice her happiness for what she believes is a valuable cause is both admirable and ultimately touching.
I think that it’s an urge, it’s happiness. I believe that this is a universal thing; this urge to be at use, to give your life a meaning by helping someone else apart from yourself. Call it self-sacrifice, to do the good, to help others, to make your life useful – I think this is in all human beings. And, of course, parenthood; there is some sort of sacrifice in it as well. 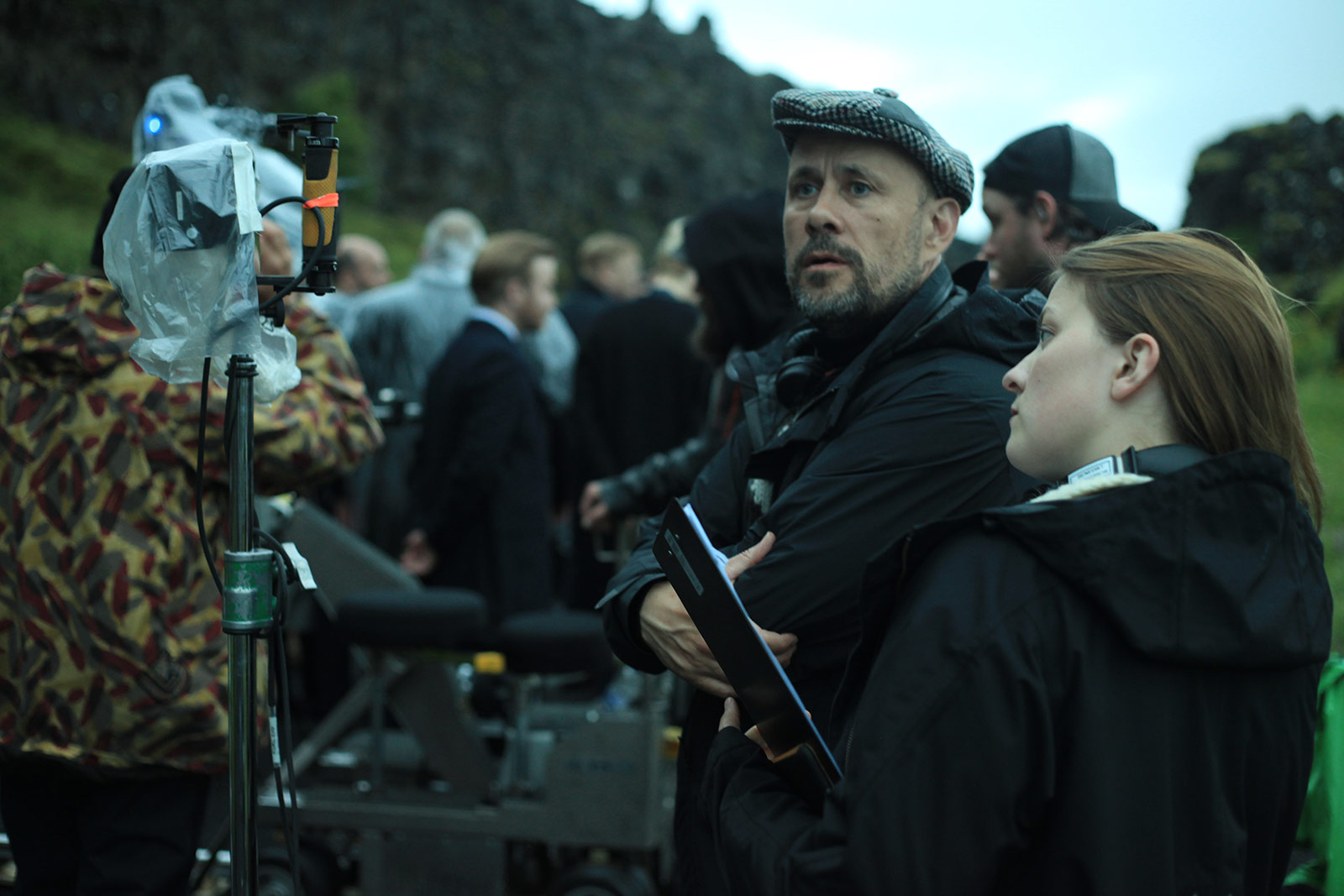 In the last fifteen minutes, it focuses completely on her new chapter of finally having the possibility to adopt a child. Two different stories that seem to overlap and complement each other throughout the plot.
These are two great roles: the environmental activist who wants to save the world, and a single mother who wants to adopt a child. Somehow, by doing that, she wants to save the world because she wants to save someone’s life. In our case, there is a dilemma: our hero realizes that she must save the world because if she doesn’t, there is no world for the child who needs saving. This is the metaphor we find ourselves in. The next generation will really bleed and suffer if we don’t save the planet now. We are the last generation to be able to do something about this. It is our job for the future of our children.
So with this film, how do you want to change the viewer’s actions? How do you expect to motivate them to do better for climate change?
It’s all about giving hope. Well, hope would be the number one, but number two is taking action. We have to make this the producer’s problem, not the consumer’s. We can’t point at the consumer because he or she is weak. It has to be the producer’s problem and we have to give the State the authority to set new rules. We have to change our lifestyle and we can’t just do it on our own.
We are definitely at war with ourselves; we can’t travel so much, we can’t eat so much meat, we can’t use so much stuff. However, we have a better lifestyle in front of us, we should embrace it. But we really need help; we need our instrument, the State, to step in. We all should be talking about this now, climate change is reaction and adaptation. Nothing else really matters, it is an apocalyptic scenery. We have to first solve this problem before arguing about the other stuff. I want to give hope but also raise awareness.
La mujer de la montaña (Woman at War) is just your second feature film. What are your plans for the future?
Mmm… I really can’t tell you so much about it. But, as you know, in Woman at war, there is no death and there is no violence or sex. So I was thinking my next film must have a lot of death, sex, and maybe it’s about men and crisis.
So there is no second part for Woman at War…
Not yet. I think the climate change topic will show up again, for sure, but now I really have to follow my spirit.