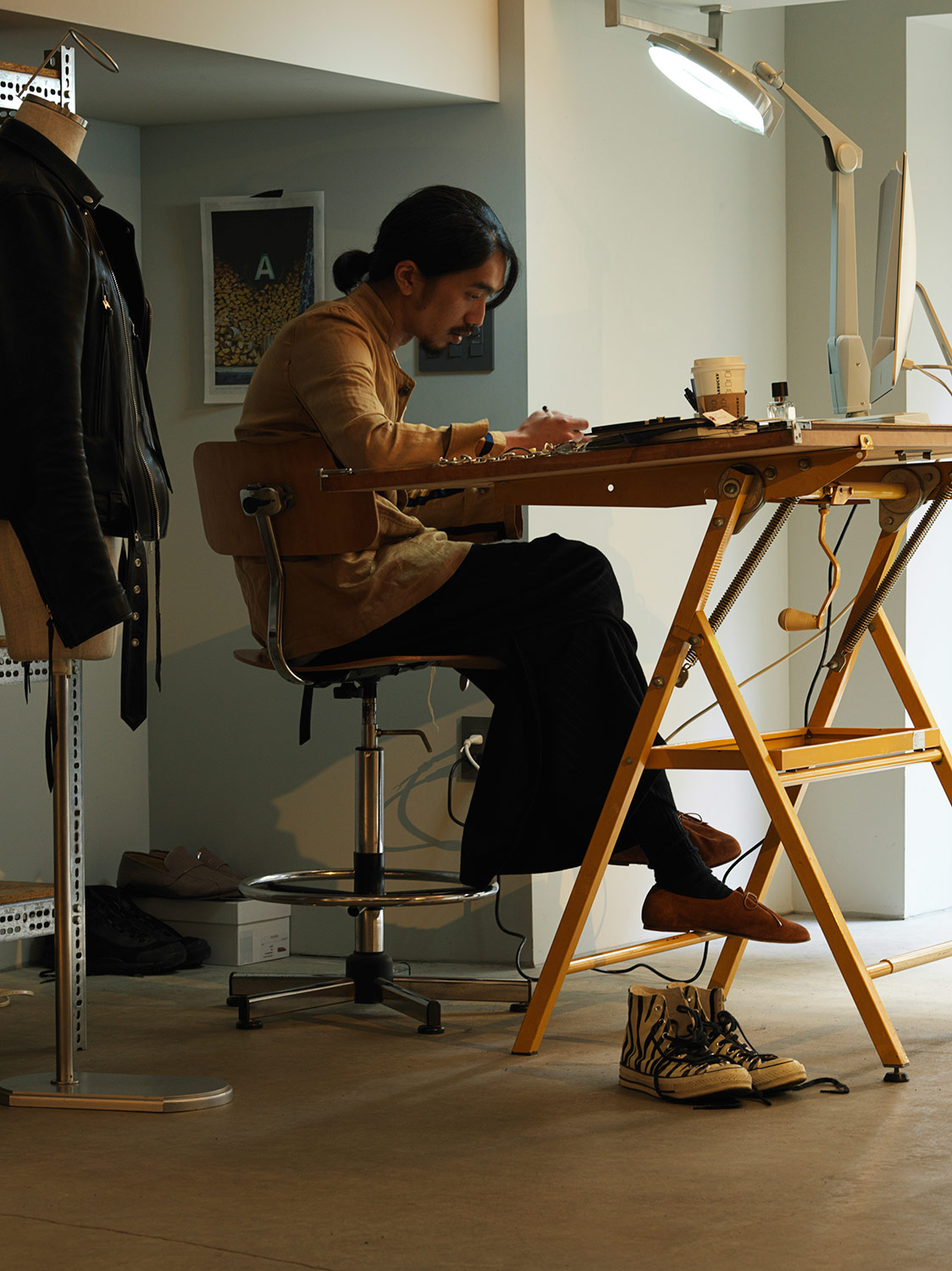 Japan is home to some of the most important designers of the last decades that are still a source of inspiration for the younger ones. Bed j.w. Ford was born in 2010, when Shinpei Yamagishi and Keisuke Kosaka decided to start their own project after spending lots of time together. Five years later, they are about to debut in the Tokyo Fashion Week and demonstrate how by staying true to a clear vision they have become one of the most vibrant brands from Tokyo.
First of all, thank you very much for accepting this interview. Let’s start with the team: who is behind Bed j.w. Ford?
Bed j.w. Ford started out with Shinpei Yamagishi and Keisuke Kosaka in 2010. Shinpei is a designer and Keisuke a visual director. We were originally drinking buddies and spent a lot of time together. Since both of us had relevant experience in the industry and connected well on a personal level, we decided to start our own brand together.
If I’m not mistaken, you didn’t attend any fashion school. Does that give you a distinctive approach to fashion? I think that a non-fashion background is a good way to come up with new things.
Yes, as you say, we didn’t go to any fashion school. We didn’t see any reason to go to school for something we could get practical experience from by carrying out the actual work rather than taking classes to learn about it. By distancing ourselves from fashion students, we’ve found our own way to approach our collections and are able to focus efficiently on our own ideas. 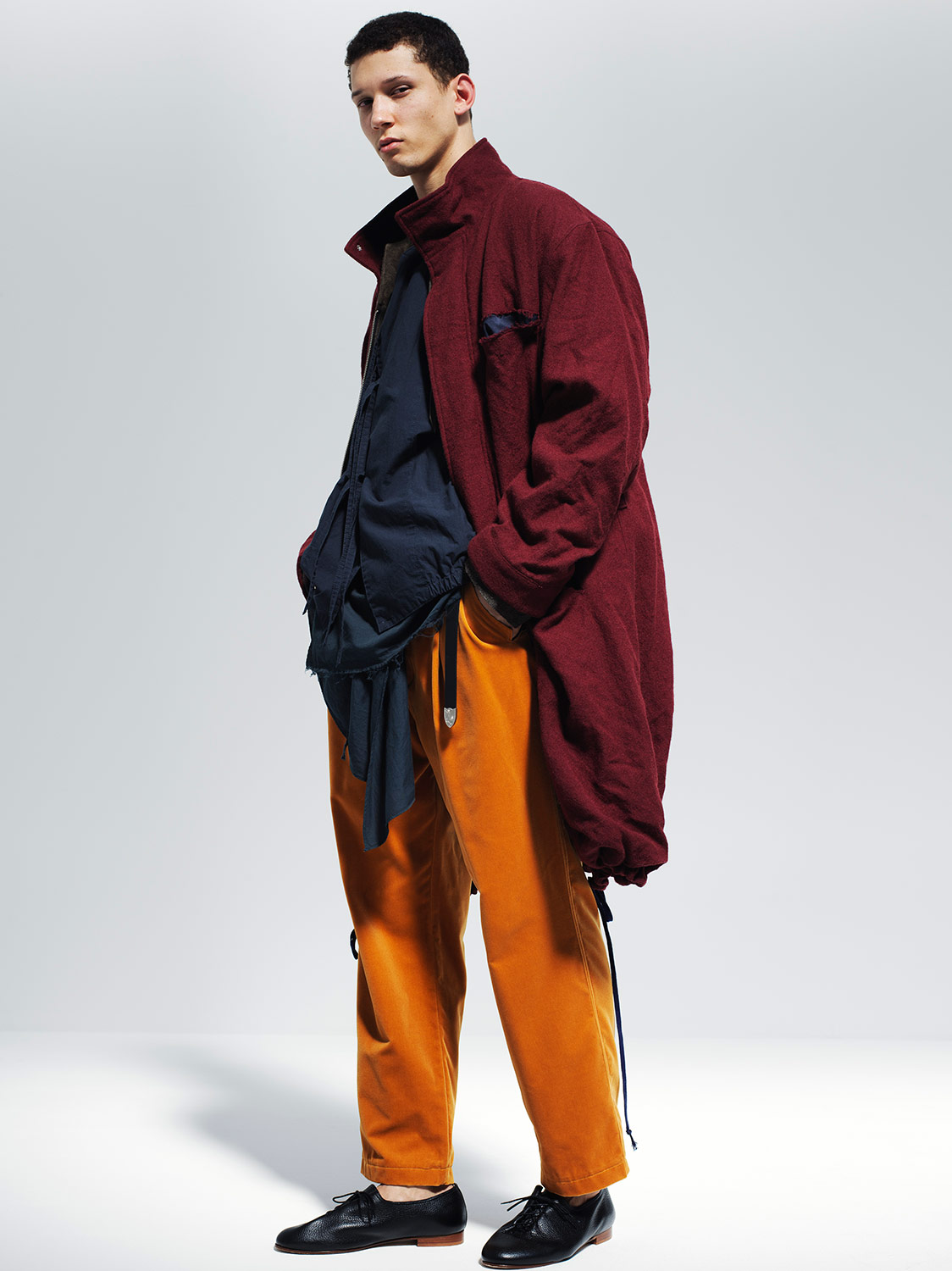 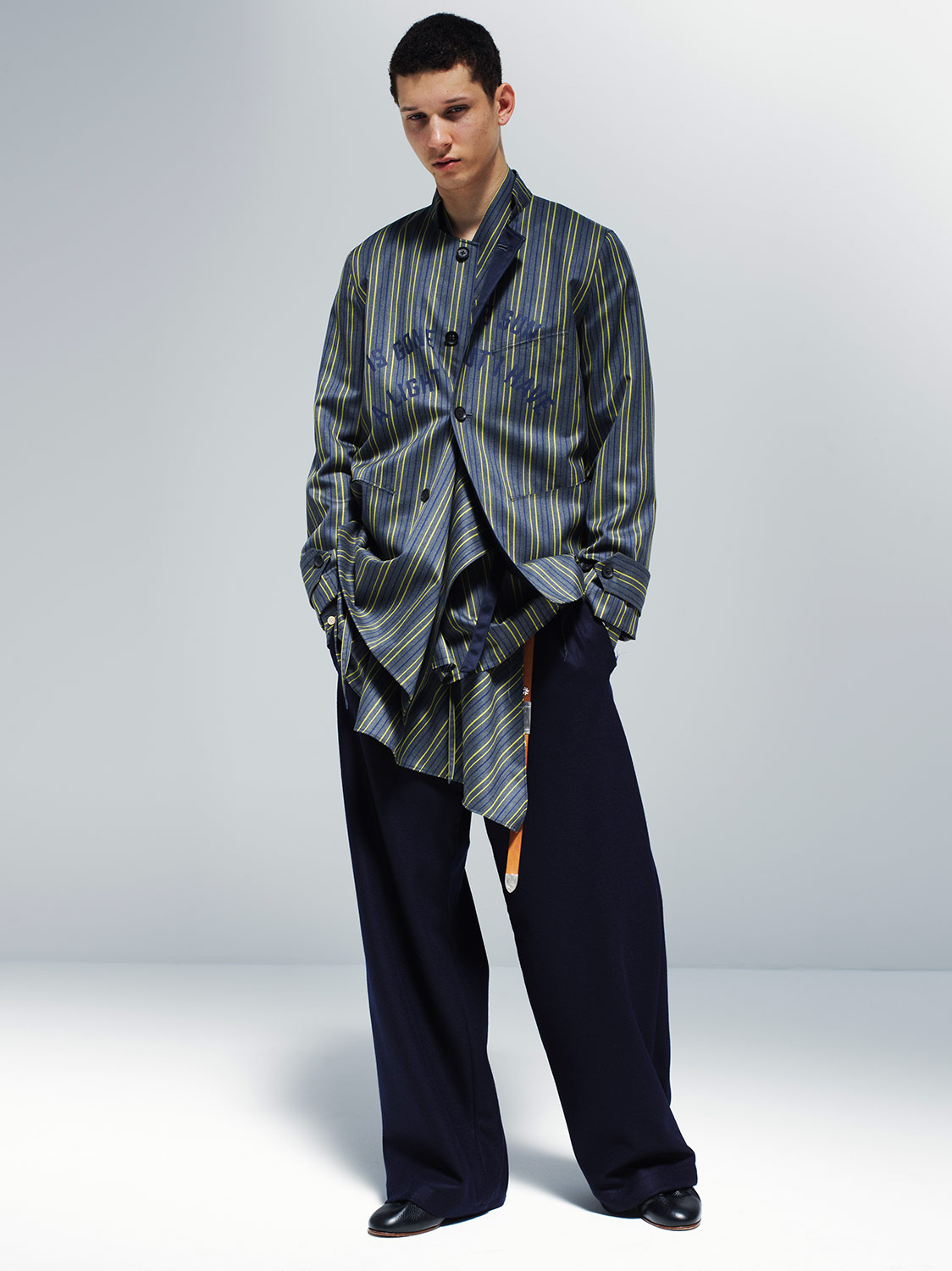 You have more than 30 stockists in Japan, and Bed j.w. Ford is also sold in North America. How was the growth process like?
We don’t have an exact answer to the question; the only thing we’re sure of is that we’ve stayed devoted to producing the highest quality products at every level. We haven’t done any outreach to approach stores on a large scale, but we’ve been lucky to encounter great stores that appreciate what we do and are committed to building a relationship with our brand. Frankly, we haven’t changed at all since we started the brand five years ago.
Japan is the home of the most influential designers, but sometimes it’s still difficult to find them in Europe. Is it easier for Japanese brands to reach the North American market rather than the European?
We don’t think North America is easier than Europe. We just haven’t had any particularly good opportunities to reach the European market. Europe always inspires us and we would love to find stores to partner with there. Recently, we travelled to Paris and Antwerp, and we found the culture, fashion, and the atmosphere entrancing. The experience increased our desire to find a good home for our brand in these cities.
Rei Kawakubo, Yohji Yamamoto, Jun Takahashi or Takahiro Miyashita are some of those designers (and personal favourites). Do they have any influence on your work?
We’ve definitely been influenced by all of the aforementioned. Not just for us, but also for many young Japanese designers these are household names and an inspiration for our aspirations. Sasquatchfabrix, and Shin Murayama in particular, were younger designers that helped us believe we could strike out on our own. Growing up, we were also influenced by designers from outside Japan; Dries Van Noten, Ann Demeulemeester and Helmut Lang have each had a practical beauty to their designs that became their signature and that’s something we’re very fond of. 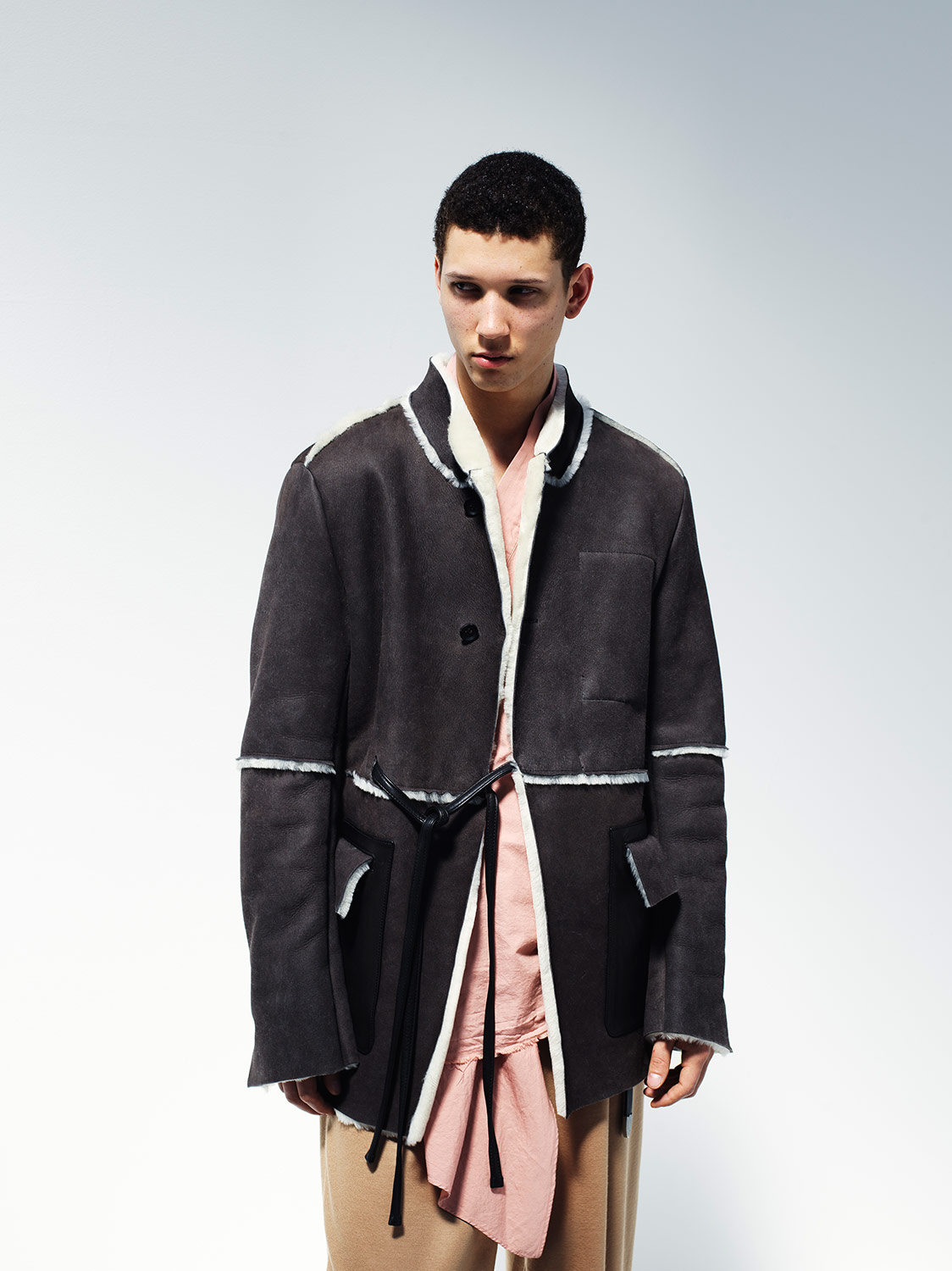 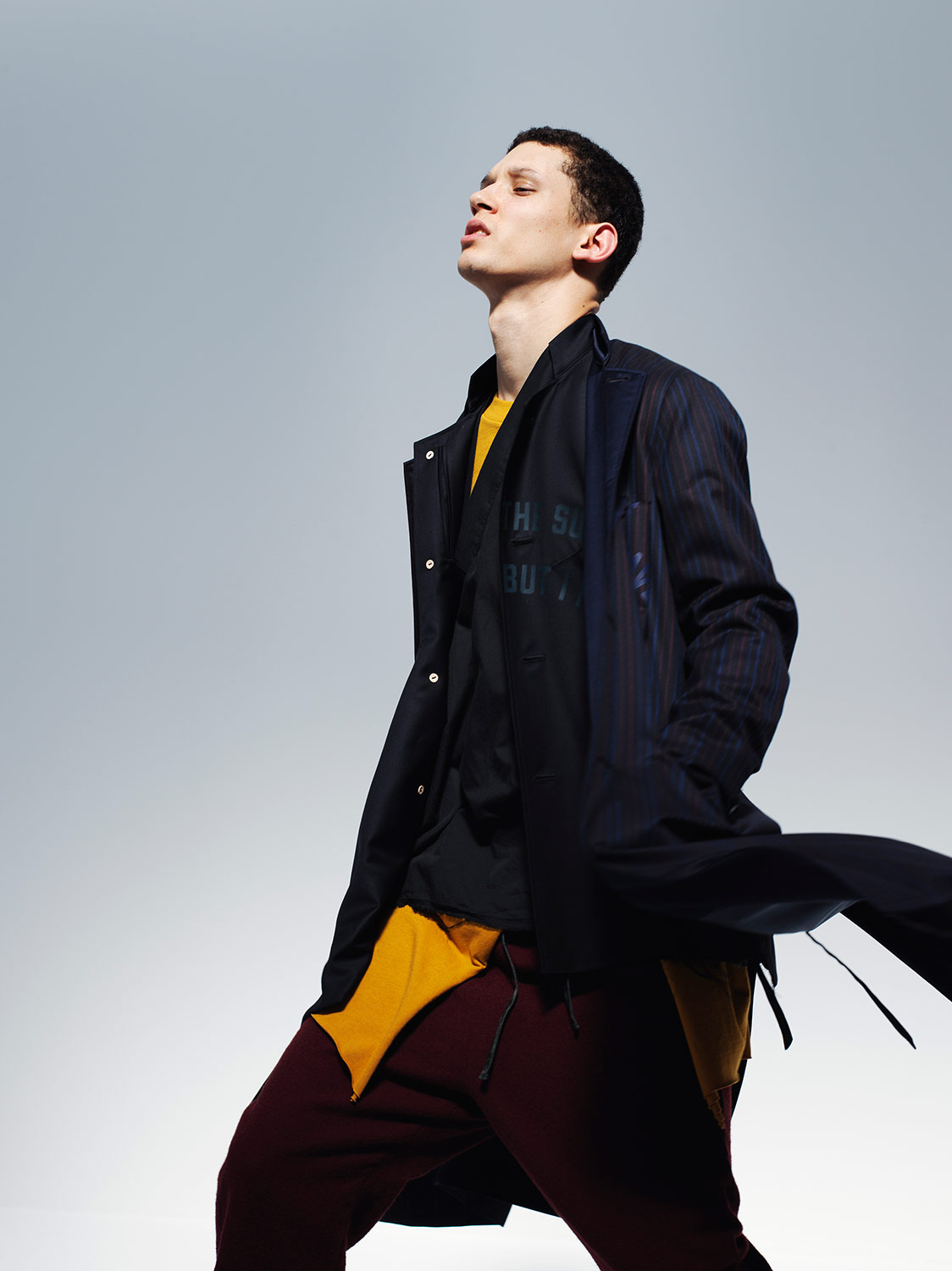 Although the world is becoming more global, it is often said that there are different styles determined by the country or region of origin. Is there a Japanese vision towards fashion design?
We don’t know enough about other countries to be able to compare, but in Japan there’s a respect for discipline and following tradition. To us, it’s clear that some young Japanese designers are just following the trends of the era and copying popular styles hoping to emulate their success. We want to be something different, to tell our own story as we see it.
In your web page there is an exact from the Ernest Henley poem Invictus. What’s its connection with Bed j.w. Ford? Is it part of a concept or idea from the brand?
Yes, exactly. The poem is one that has had a great influence on us and on the way we see our brand. It’s about following your heart, even when the whole world seems lost – and we make sure to carry that idea of determination with us in everything we do.
You are showing at Tokyo Fashion Week this year. What are you plans for the future?
We can’t really think about after the show yet. We finally found ourselves with this opportunity so we’ve been making sure to concentrate all our energies on doing our best while planning it. With our first runway show, I think we’ll be able to reach a greater audience and better gauge the response to our collections on a global scale. It’s not that we care whether people like the designs or not, but we’re interested in honest opinions. We’re really thrilled to have the show coming up, and whatever comes next, we’ll be glad to take it in stride. 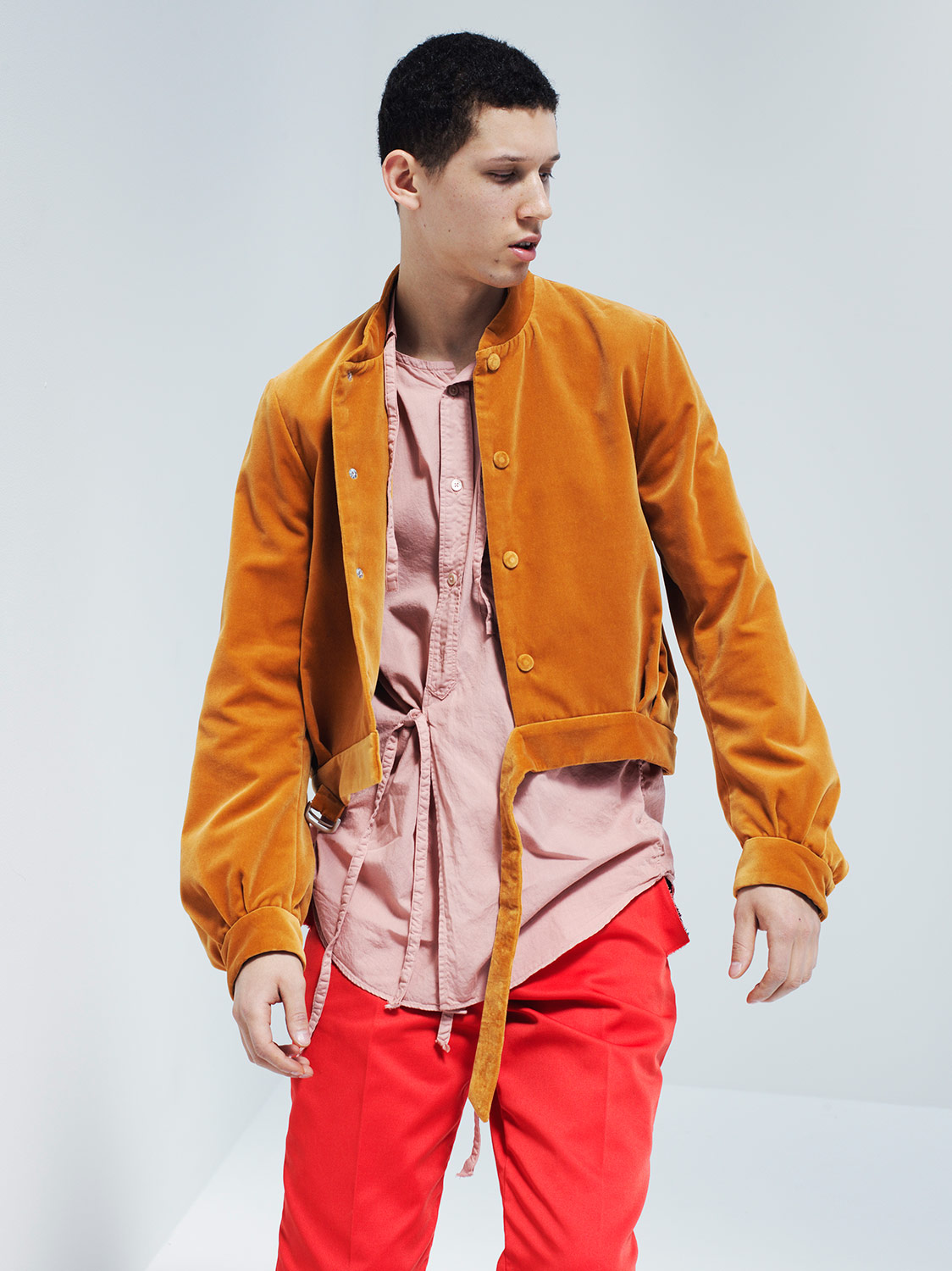 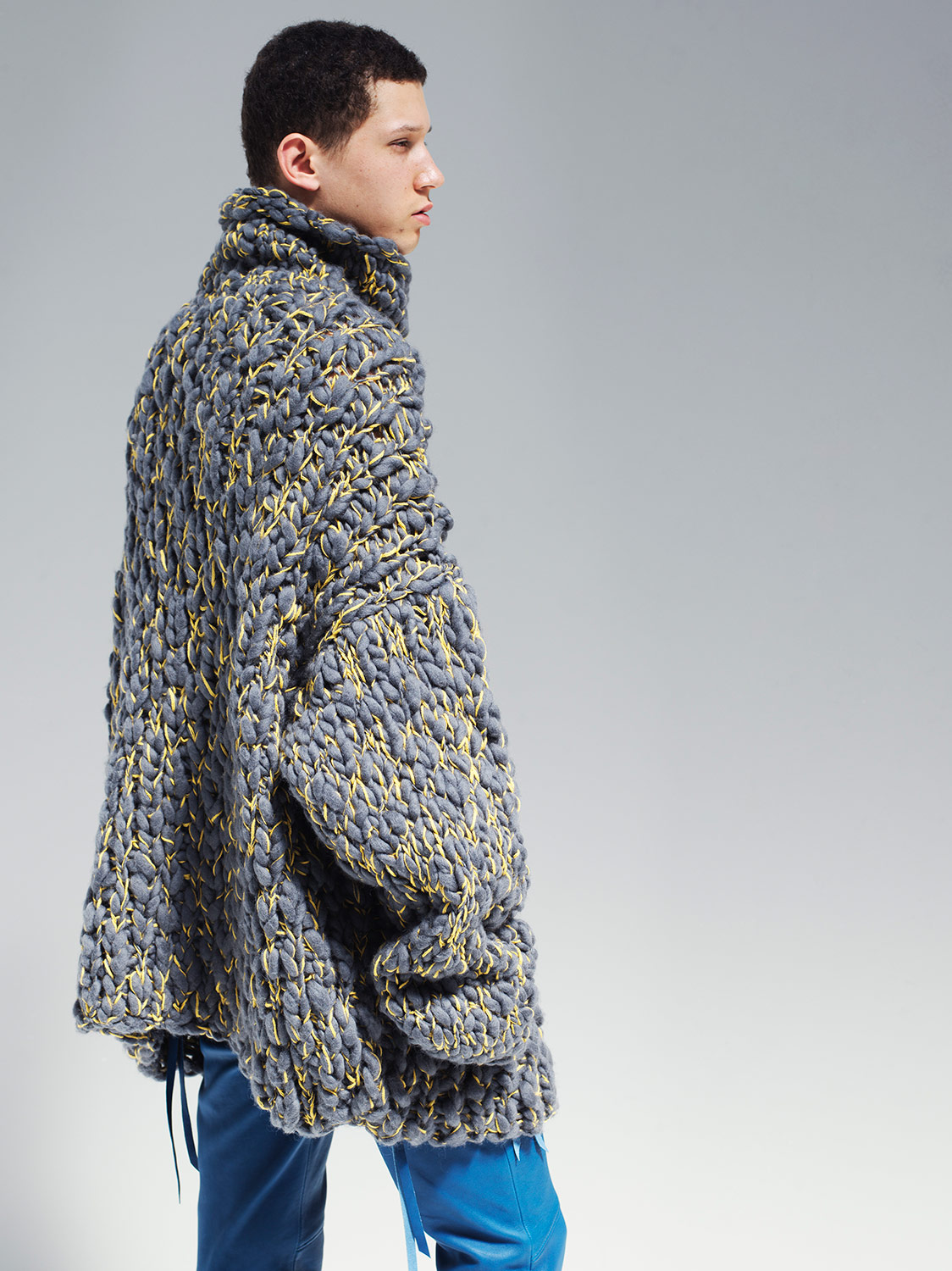 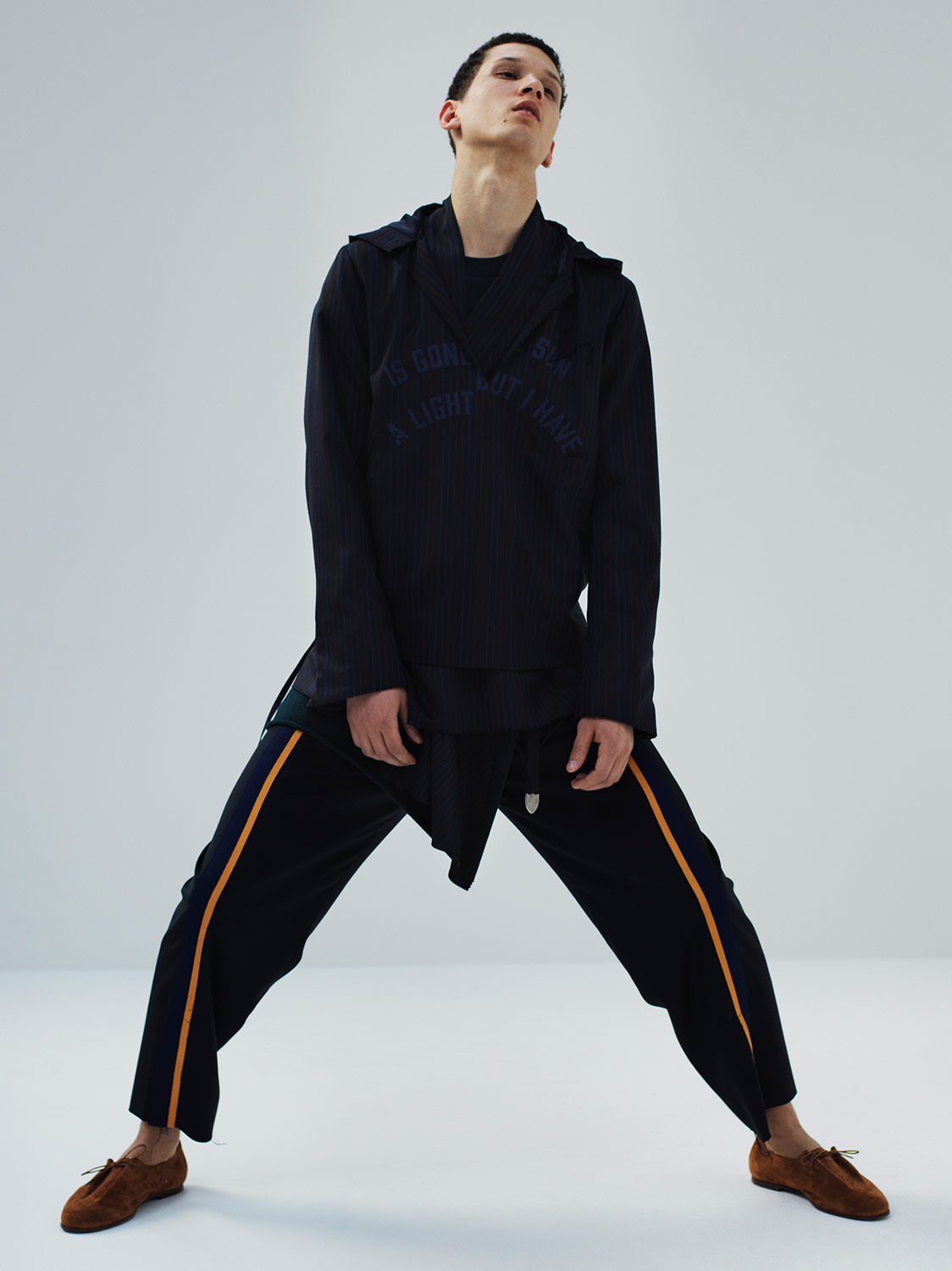 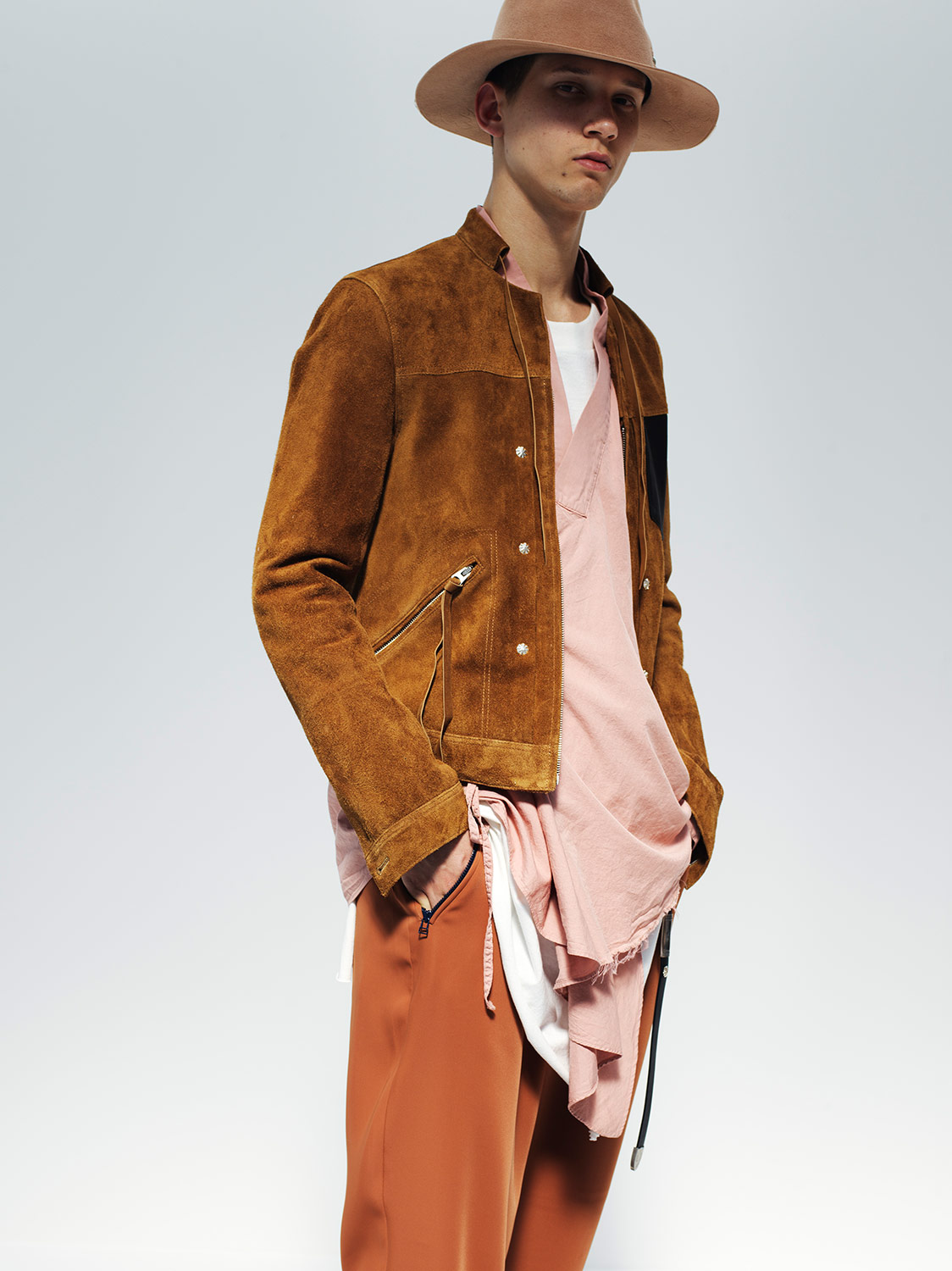 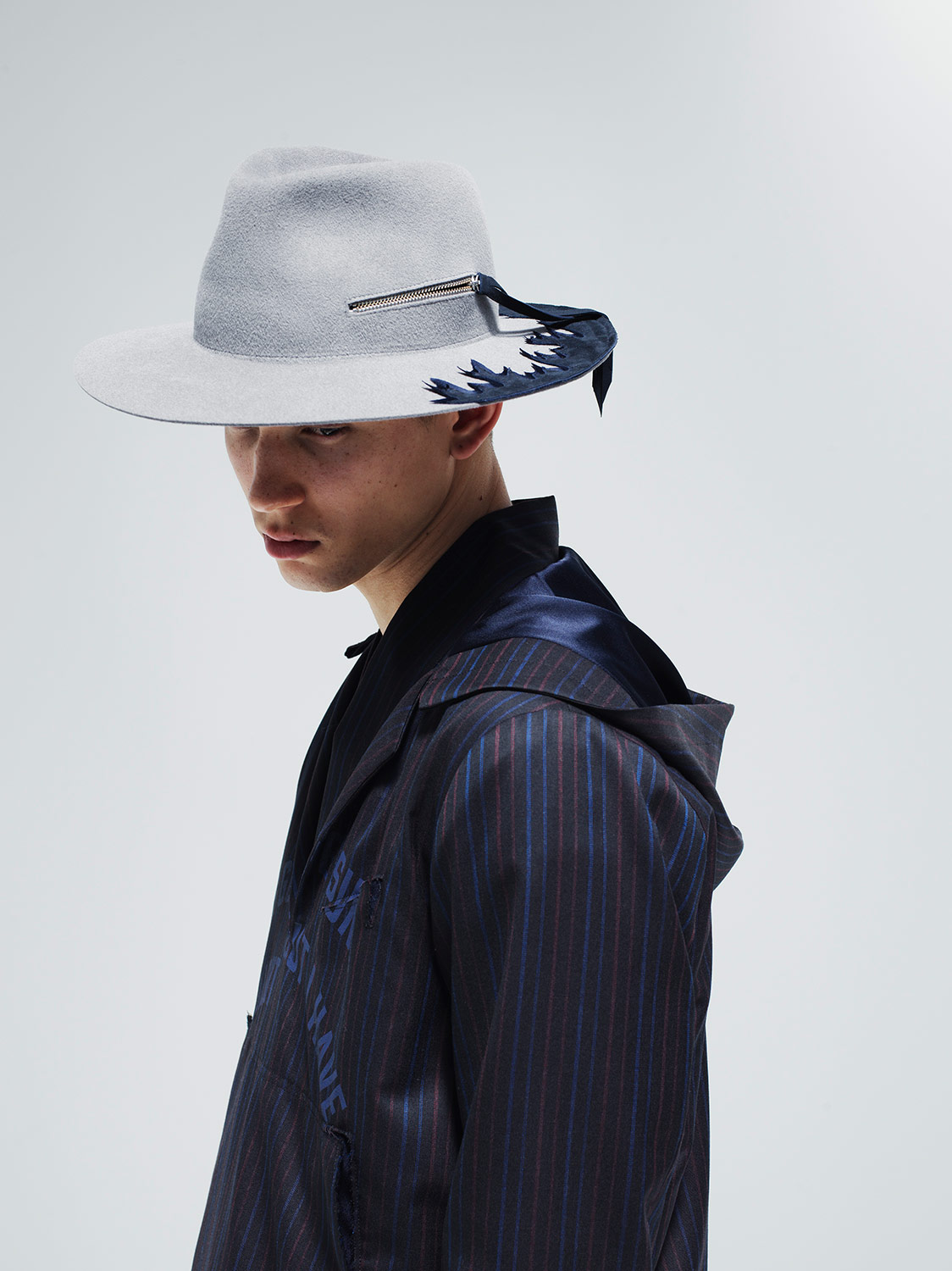 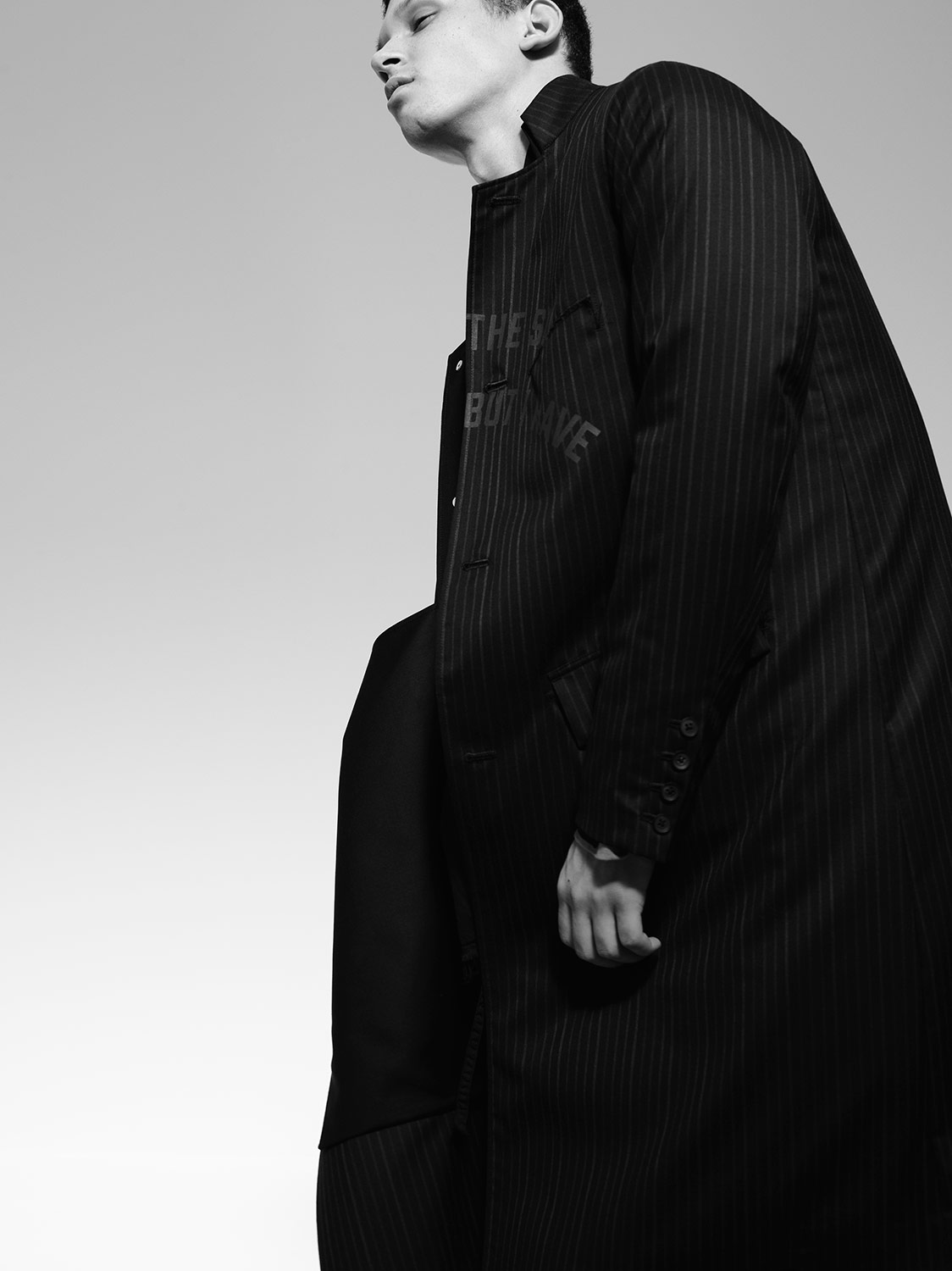