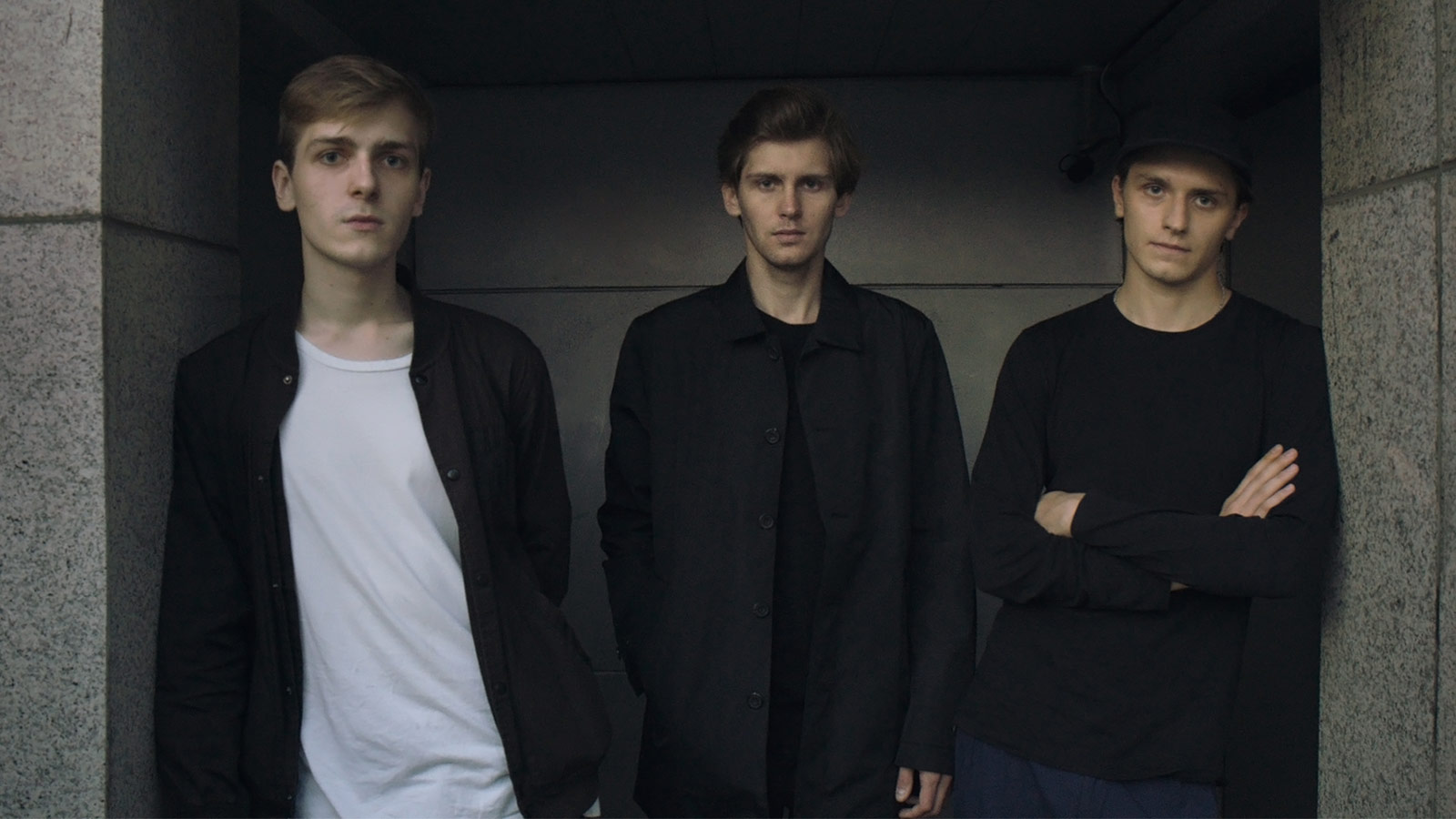 ELLI is the Russian video collective looking to break the frontier of what seems to be the set up commercial and to instead interact with people and what is around them. They’ve just launched their first project, Badlands, a short film in collaboration with musician Karina Kazaryan and the renowned model agency Lumpen – one of the most relevant players of the current Russian fashion scene and therefore one of the main exporters of the Eastern aesthetic to the rest of the world. This project aimed to look into the Russian culture of today, where nothing is consolidated – in fact, it is always changing. We premiere it exclusively, and we also sat down with one of its masterminds, Alexander Epikhov, to know what he and his two partners, Sergey Medvedev and Philipp Ivanov, intended with it.

What’s the idea behind Badlands?
It seems that for a lot of Russians, it’s a state of chaos – everything’s changing, nothing is solidified and the past is long forgotten. Badlands was a way for us to explore the Russian reality, to search for a way to express how we see our surroundings, to find something that we feel is real. Most young people I know are searching for a way to find images that look truthful – to express what they see on an everyday basis. But it’s difficult to do that in a place that still hasn’t decided how to, or doesn’t want to, find its own visual representation. I think, in general, in Russia, there is a problem with reality and with truth. If you look at Russian pop culture, you see a dichotomy between what life looks like and what it really is. And that’s something we wanted to talk about.
The project was first a commission for a designer who gave us total freedom, which turned into a director’s cut and later, a short film. We had to present a fur coat, whose style really reminded us of the ‘90s: a glamorous and kitschy lifestyle. Once Halt, from Lumpen, became our main character everything came together: a bandit’s reality, now dead on the street with nothing left except for his past. Maybe it could be called nostalgic – at least for the character.
Are you disenchanted by the reality of fashion? How do you perceive it at the moment?
For me, fashion is about a subject and his way of expressing himself in a cultural whole. It’s a story that has its psychology, subculture and its own way of reflecting on its current state – maybe something that’s less fixated on being beautiful, although it can be beautiful. It’s something very personal. So, I can say that I am disenchanted by the reality of commonplace fashion, because, more often than not, it has no reality.

“In Russia there is a problem with truth. Badlands was a way for us to find something that we feel is real.”
Agency Lumpen is part of the featuring. Avdotja Alexandrova, its founder, originally opened it as a Russian models database for her friends and people to collaborate with, but, as fashion is changing, it demands this individuality she offers more than ever. What is your interpretation of diversity? How does ELLI want to participate in it?
I think what Avdotja does is beautiful, she takes these wonderful people who look so much like, or are, the people I see everyday in the city, in the metro, on the elektrichka or at parties and brings them into the world of fashion. Which seems to me like a political stance since, in the Russian mass culture, diversity, every year, is becoming less and less celebrated. So I think that’s great.
With ELLI, we want to diversify what it means to work with the commercial video format. We want our work to be personal and real, to attempt in breaking the boundaries of the commercial and political: to be active in creating images that can shape our current reality.
What is the place of Russia in the fashion world right now, and how do you see it changing in the future?
I see that, in the world of fashion, Russia is being shown interest. Gosha Rubchinsky is known and worn everywhere, Lumpen has worked with important brands and major magazines, and ZDDZ is worn by celebrities. Also, the popular slogan “post-soviet” has fascinated many, which seems largely due to persistent and past conflicts that Russia and the West have had, yet it has often been exploited as exoticism. I hope that the interest in Russia is a real dialogue and isn’t going to fade soon.
What do you search for when casting for your videos?
Fortunately for us, we couldn’t decide on anyone from the typical model agencies – we felt that none of the models we were looking at had a story. We wanted our characters to be real and relatable, to carry in themselves an exterior and interior complexity that could set forth a story in motion.
At first, we thought this would be impossible in our current commercial environment of typically gorgeous Russian women and far from eccentric masculinity, until we accidentally came across a photo of Halt from Lumpen. Once we placed a photo of Leda side by side with Halt’s, we knew we had a story with which the textures and locations came naturally together. We then began collaborating on this project with Avdotja, which helped us fill the rest of our film with characters: Sever, Axe, Kif and Berg.
What are your goals in terms of expanding ELLI?
ELLI is a collective of like-minded people who are looking to break the boundaries of what seems to be solidified forms of commercial expression so we can interact with culture, with people and their visual space on a larger scale. Because Badlands is our first debut, at this point, we are not thinking about large expansions but are looking for new collaborators for future projects.