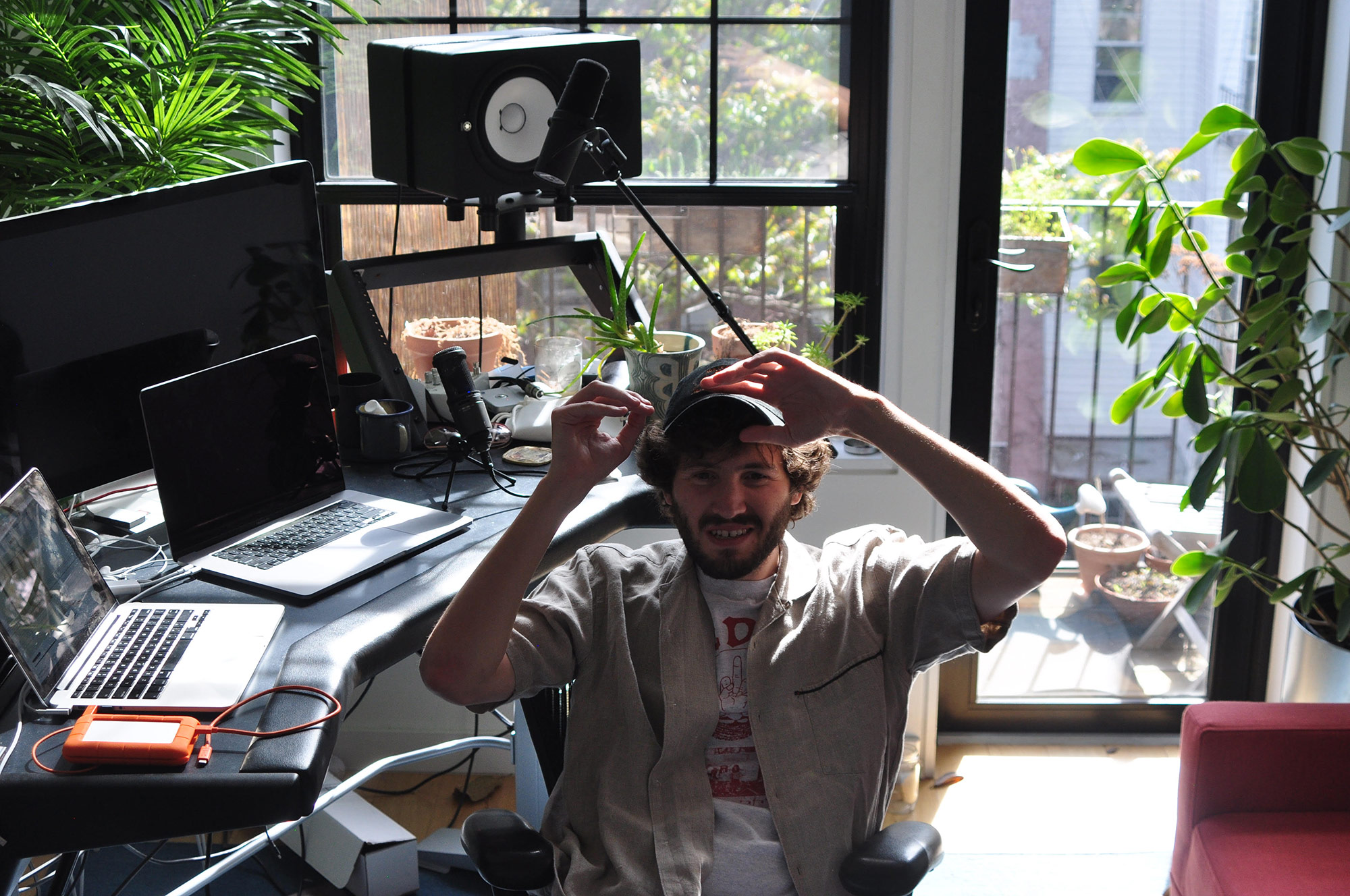 It’s June 19th. Above us, the sky turns black and the sun gets swallowed by complete darkness. We feel uncanny, strange, unlike our usual selves. What is happening? What odd phenomenon are we witnessing? Fear spreads faster than light as an unknown planet floats into Earth’s orbit. Soon, the two celestial objects will collide and fuse into one. The only way to overcome this fear is by accepting aliens and engage in non-stop dancing with them. Or at least, that’s what Baauer proposes in his sophomore album on LuckyMe, titled Planet’s Mad – available here.
It feels strangely clairvoyant that Baauer’s new album concept is about a sort of apocalyptic scenario where the Earth collides with another planet to become one, where all humans accept and love each other as well as aliens, and engage in ritualistic dances. But this wasn’t his intention at first. “I know that the story will be perceived differently from the original intention,” he says when asked about it. “For example, you talk about a ‘dystopian future,’ which is not my intention at all. I envision the planet freaking people out at first, but eventually they learn to love it,” the Brooklyn-based producer affirms.

As his website states, his new LP was conceived “within a movie-like plot of a new world appearing above Earth, a vision executed in the new video, Planet’s Mad takes us through countless micro-genres where we’re exposed to the sound of alien creatures, children, news forecasts, burps and cosmic atmospherics.” However, his new release coincides in the middle of a planetary health pandemic, the Black Lives Matters protests in the US and the global anti-racist demonstrations worldwide, and even the Pentagon publishing officially UFO videos, which altogether give the album new layers of meaning and interpretation.

Staying away from collaborating with household names as he did in his previous album, Aa, which sometimes “are just a selling point and not about the music,” as he himself admits, Harry Rodrigues (his real name) now focuses on his personal vision, creativity and instinct to publish his most personal album to date. With influences of drum and bass, grime, industrial techno and UK dance music, Planet’s Mad is an amalgamation of electronic sounds that, thanks to Baauer’s musical craftsmanship, make sense together and create a new, distinct sound on its own right. Today, we interview him to discuss the end of the world, his collaboration with Actual Objects on the incredible music videos he’s been releasing, and speaking up in times like these.

It's been four years since your debut album, Aa. What have you been up to during this time?
Touring and making loads of music. I had music in a couple of films, and I’ve been consistently working with other artists and putting out singles.
In your previous album, you collaborated with big names like M.I.A, Pusha T, Future or Tirzah, but Planet’s Mad is more personal and described as more pure vision of Baauer as an artist, allowing him to have full reign to express his vision. What did you feel the need to explore on your own that you couldn’t with others? As this album is more personal, do you somehow feel more vulnerable too?
To answer both questions, there are no big features to put on the front to try to sell more records, it’s just me, which is pretty scary. If people think it sucks, then it’s all me. If it fails, that’s me. That being said, I feel more confident than I ever did with a record with loads of features. A lot of the time, big features are just a selling point and not about the music. Seeing the name on the tracklist is way more exciting than the song itself.
This album is pure self-expression, something of your own completely. Could you put this self-expression into words, or do you prefer the music to speak for itself?
Definitely let the music speak for itself.
Planet’s Mad seems to be out right on time for the world pandemic, the polarization of politics and resurgence of alt-right groups and parties, climate change, and everything else that’s going on right now. Do you feel that as an artist, you must somehow grasp the zeitgeist of the moment and transform it into a work of art like music?
I’ve always avoided speaking on things like this, mainly just from insecurity – like I had no business commenting as a person who makes goofy electronic music. But as things get worse, I’m starting to feel that being quiet isn’t an option anymore whatever my platform is.
You've released three music videos so far: Reachupdontstop, Aether and Planet’s Mad. They all foresee a dystopian future with natural catastrophes, aliens and other creatures. It almost feels like you’re clairvoyant. What were you thinking of when you developed these concepts, and how differently do you think they’ll be perceived now from their original idea/intention?
The concept of the album is about an alien planet that floats into Earth’s orbit, and all the music on the album takes place on this planet. Eventually, the two planets collide and become one. I know that the story will be perceived differently from the original intention. For example, in the question, you say ‘dystopian future,’ which is not my intention at all. I envision the planet freaking people out at first, but eventually they learn to love it.
These videos are made with CGI and computer and digital techniques/tools. You also collaborated with digital influencer Lil Miquela on her track Hate Me. So it’s clear that technology plays a major role in your artistic work – besides working in electronic music, of course. Do you feel new technologies allow you to express yourself better artistically speaking?
I find it very exciting to pair my music with different tech to bring a visual element. When I make music, I’m always visualising it in my head, so I'll use any means necessary to bring those visualizations to life.
In our Spring/Summer 2020 issue, we’ve explored the question ‘What’s real?’ and discussed it with artists like Arca or Juliana Huxtable, who like you, explore the endless creative possibilities of new technologies, softwares and gadgets. What are some of the most interesting discoveries you’ve done recently (or during the creative process of the album)?
For this album, I worked with Actual Objects on all the visuals. They work in a game-building engine and they’re able to create worlds so quickly; it’s like magic. I wanted Times Square and they just had a Times Square model right there. I told them all my weird and ridiculous ideas, and they were able to bring them to life. If there wasn’t this medium, the time and cost of bringing these ideas to life would never be possible.
The Covid-19 crisis has affected us all. Live music seems to be in a pretty ugly position, and it’s hard to discern when will things go ‘back to normal’ – if that ever existed. But it also seems like an exciting time to think of alternative ways of presenting music live. We’ve seen streaming concerts on various platforms like Twitch, for example. What’s your take on that as an artist? Are you thinking of ways to bring your new album to the audience despite concert venues being shut down?
Absolutely. I’m already working with Actual Objects on building a virtual concert that will happen around the release of the album. Things will have to move into the digital realm now, and I'm excited to work within those restrictions.