Where art and fashion meet 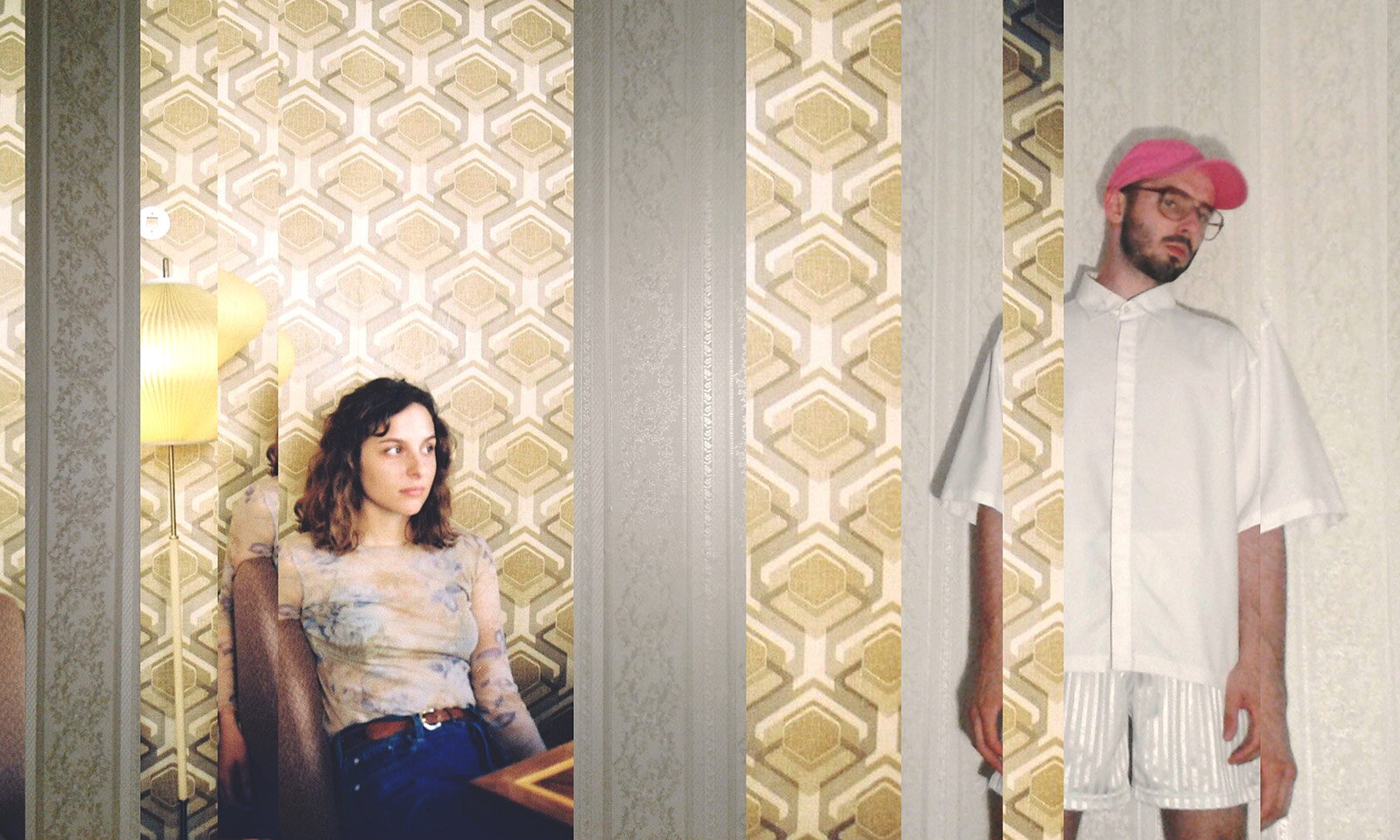 Ukraine-based creatives Anna Evstigneeva and Ilya Chernyshevsky have been wanting to team up on a project for months. For their first collaboration, they decided to give Dutch Golden Age paintings a new life through upcycling fashion. They wanted to explore the boundaries between fashion and art by photographing vintage clothes within a modest set in order to approach fashion from a rather unusual point of view. The final result, called Masterpiece, has made us fall in love with them immediately, so we had a chat to discover more.
First of all, could you please tell us a little bit more about yourselves and how did this collaboration come up?
Anna: I moved to Kiev a few years ago, graduated university and decided to concentrate on photography because it’s what I always wanted to do. It’s like when you do it, you can’t go any other way. The thing I like the most about fashion photography is not related to clothes, but about the opportunity to realize the craziest ideas in a new creative way. So I started to connect people who might be interested in the same things as me. That’s how I met Ilya. I understood at first sight that we could create something interesting together.
Ilya: Firstly, I’m a painter, so it left its mark on everything that I do. I’m obsessed with European art of the 15th and 17th centuries. I guess you can see the traces of it in our project. My first experience as a stylist was only two years ago; at that time I was still a student at the Academy of Design and Arts in Kharkov (Ukraine). I’ve moved to Kiev recently, only nine months ago. And I was so excited to meet Anna, as we share the same opinion on fashion and fashion photography.
Actually, there is a fun fact about our collaboration (I haven’t told that Anna just yet). A long time ago, when I was looking for references for one of my photoshoots, I saw one of hers online. So far, I still have some of those pictures on my tablet.
Where does the idea of the project come from? And what’s the purpose behind the project? What’s the general message you wanted to convey through your work?
Anna: The main thing is that we both wanted to make something fresh that would look simple and that had some message at the same time. At first, we were going to create a different project, but we had some difficulties with it, so we decided to hold it over for a while. After that, Ilya offered me to implement the idea of transformation of old frumpy clothes into unique garments. I was excited about it, so we thought about location, and we were lucky that the model we wanted for our project was in town.
Ilya: Actually, I came up with the idea for this project when I was on the subway with a friend of mine who is also a fashion photographer. We were talking about fashion photography and he was highly indignant at the fact that those people who proudly call themselves fashion photographers work only with clothes from thrift shops and mass market. He was annoyed because the main task in fashion photography is, according to him, to display how to wear and mix clothes of new collections. That was the moment when I realized that I couldn't agree with that statement, and wanted to change that assumption.
Personally, I’m not prejudiced when it comes to the choice of clothes. In my wardrobe you will find not only clothes from my dad and granddad, but from the female sections too. Moreover, I’ve recently bought a pair of shorts that were originally designed for eleven-year-old girls (in fact, they look waaay better on me). Fashion is not just about brands and labels; it is the emotion, mood, form, texture, colour and combination of them. And let’s not forget about the content!
That’s why we wanted to create a project that would represent another point of view on the fashion industry. The other project we were working on ended up not being available, but as a matter of fact, it had the similar message behind it (namely, showing another face of fashion). Thereby, I wanted to work only with Anna on a new project! 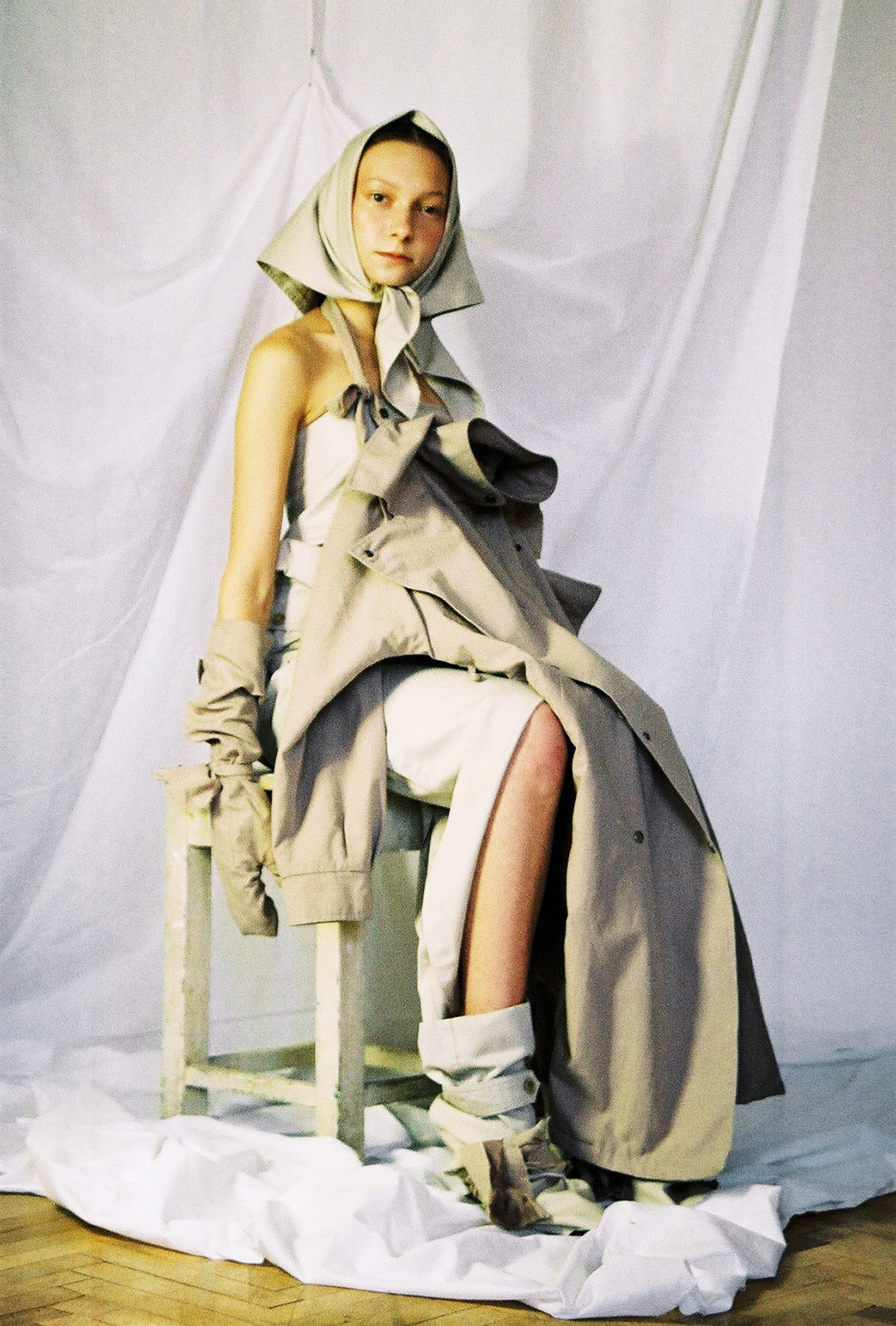 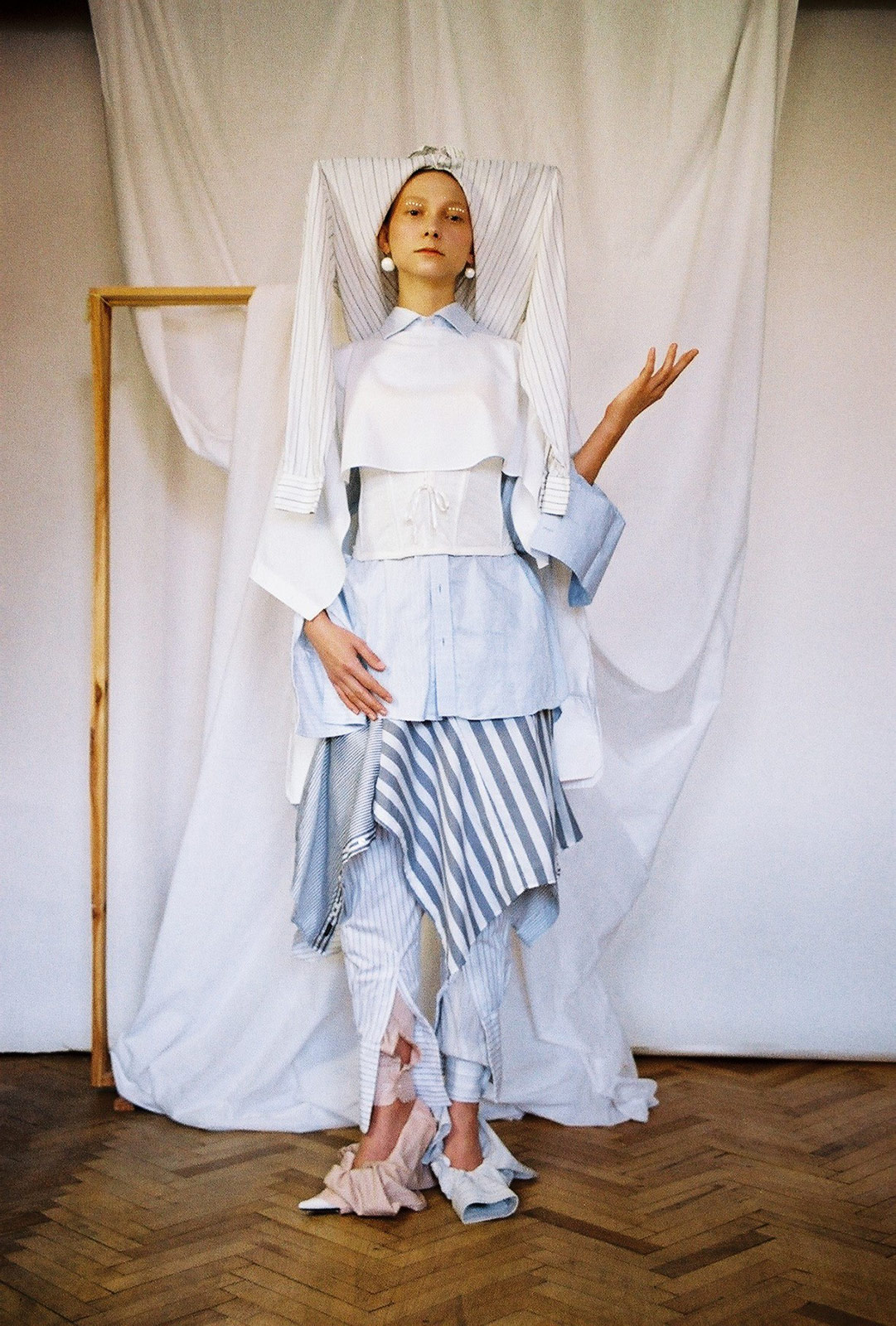 How did you find an agreement regarding the showcase of the styling work and the photographing process? Were everyone’s expectations and requirements fulfilled?
Anna: Although it was the first time we worked together, I felt really comfortable about it.
We didn’t have any disagreement at all. We knew for sure that we wanted to create clear and simple compositions because each costume was heaped with details. We created a simple background and agreed that the model’s poses had to be modest too.
Ilya: Despite working together for the first time, I was completely at ease. I had no doubt about the output of our collaboration. I just had the feeling that everything was going to be alright, you know. I personally believe that music always helps you to create the right mood and atmosphere. During the shoot, we were listening to Sergey Prokofiev and Igor Stravinsky.
Otherwise, why were you interested in referencing Dutch Golden Age paintings? What does this movement represent to both of you? And how and where did you learn about this artistic period?
Anna: 17th century Dutch painting is absolutely unique and it was a phenomenal period in the history of the visual arts. I love everything about it: the purity of the light, the harmony in the composition, the hidden messages, and the close observation of details. Artists reflected stories from daily life and were able to find subject matters even in a simple thing. It's no wonder, because life is the only source of creative inspiration.
Ilya: Our biggest inspirations were Dutch Golden Age paintings and early Dutch art. They are a classic, a canon. We wanted to emphasize the non-classic nature of the idea of our shoot within fashion photography. In addition, this is a very theatrical and relevant thing. This art period is a drug and source of inner strength, for me personally. Those are subtle things. I was first introduced to it back in my younger years, when I was just a student at art school. And frankly speaking, I didn’t appreciate it at first. But I guess there’s a time for everything, don't you think?
By the way, what link did you want to create between Dutch Golden Age paintings and upcycling fashion? And why did you create it?
Anna: We've been inspired by neatly dressed Dutch women, the characters from Golden Age painting. The portraits of that period depicted mostly historical figures in characterful costumes, and the actual identity of the model was not supposed to be important. However, every picture has a story. This slightly comical genre also contains allegorical symbolism. The importance of economy and modesty, the transience of life as well as the struggle to express its well-being were the most important themes in society. So I think it is a relevant problem for our society today, which is drowning in material values.
Ilya: Early Dutch art and Dutch Golden Age are basically the manifestation of Renaissance, and for the later period, it was Baroque. And upcycling is a revival of old clothes. In fact, Dutch painting is also a thing worth reviving. 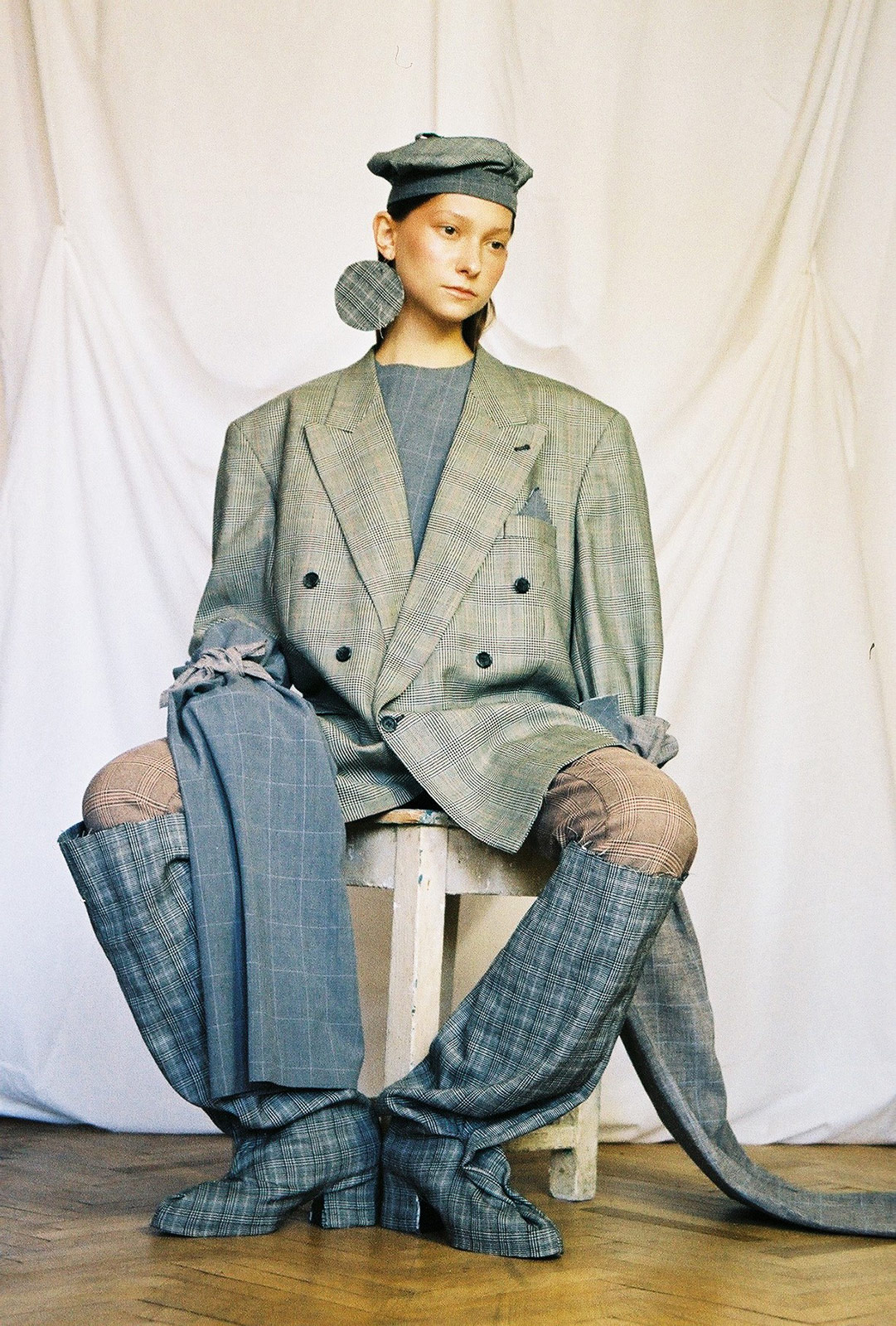 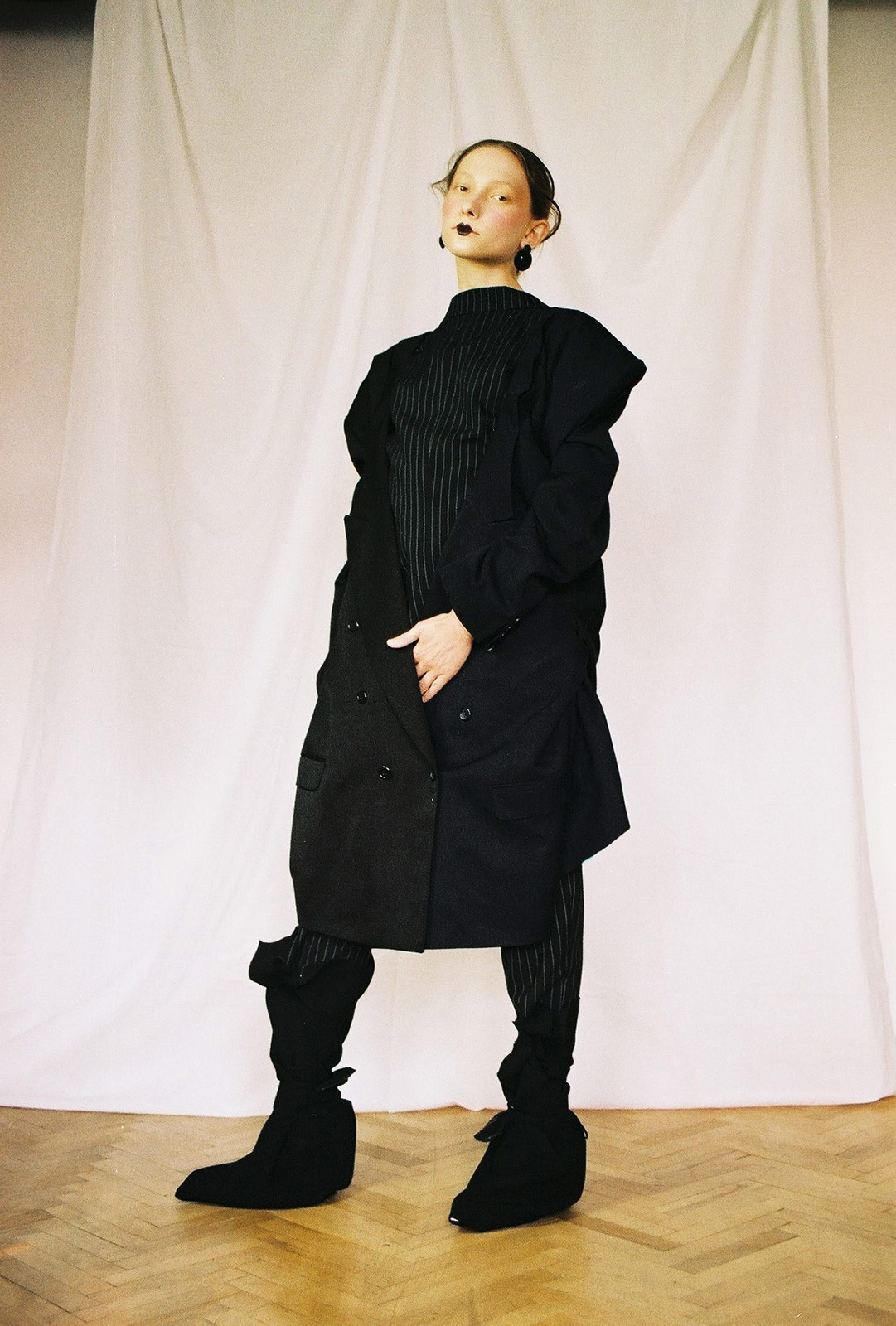 What does upcycling fashion mean to you? Are you involved in supporting this upcoming fashion movement? Why?
Anna: In today’s world, we have much more than we need. Nevertheless, we are working very hard to make even more. At the same time, many people remain needy. We’re a wasteful lot. And I think it's time to think wider. Corporations still want to increase our consumer needs, but we always have a choice. Fast fashion sacrifices the quality of clothes. At the same time, upcycling fashion creates better products and gives a second life to garments. I’m glad that more and more young people start to feel responsible about wasting products. And again, it's not only about clothes, it's about our state of mind.
Ilya: For me, upcycling fashion is the reflection of modern youth’s philosophy of life. Everything has become excessive in every sphere of our life. What I mean is, does it make sense to buy new expensive clothing just for one season? And I’ll never tire of repeating that fashion is not just brands and labels.
Are you thinking about collaborating together on another project in the future?
Anna: No doubt! We already have some ideas for larger and more substantial projects. So stay tuned and let’s make a change.
Ilya: Yes, of course, definitely! Moreover, we have already begun to work on a new project. It is going to be sick!! (At least we hope so). 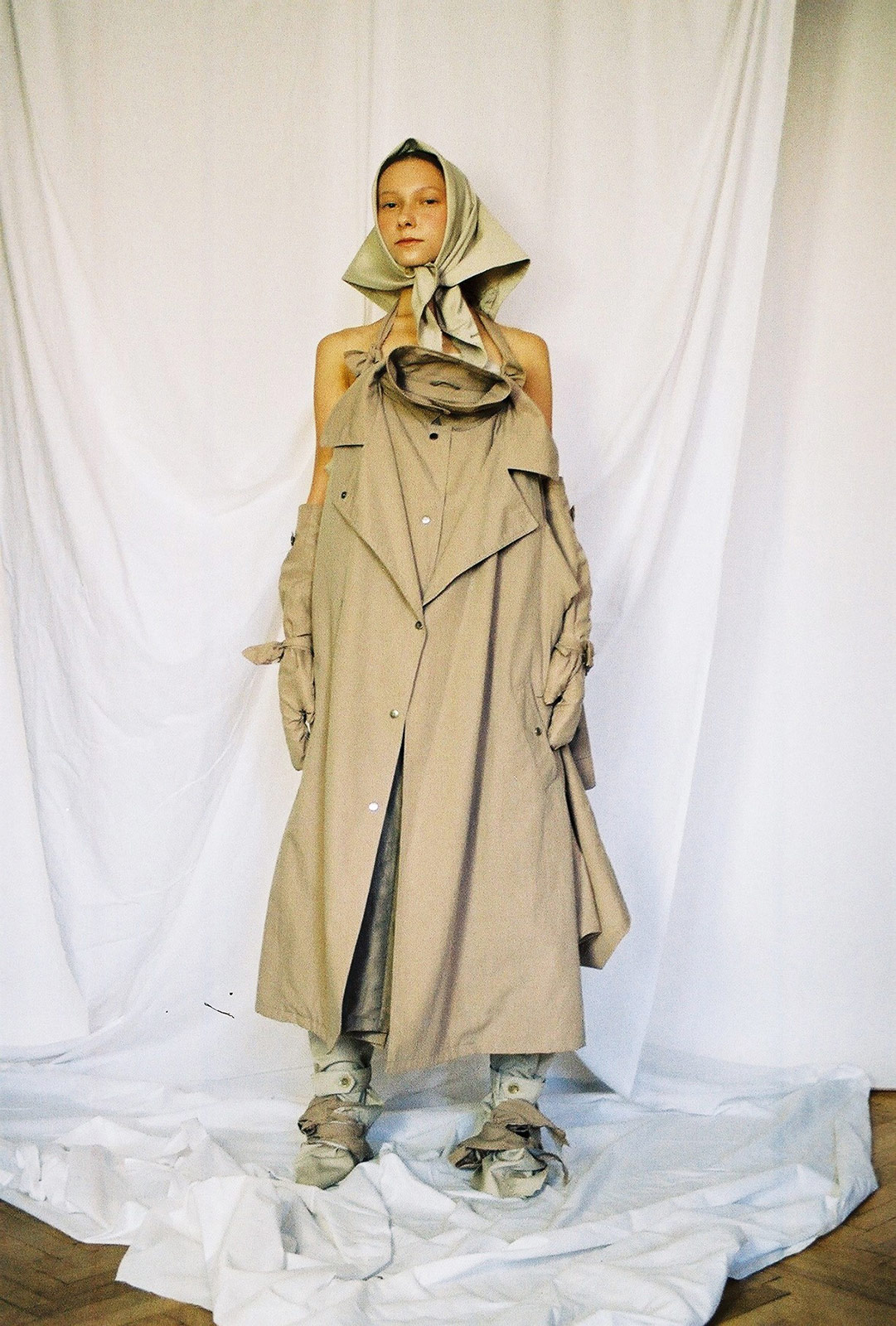 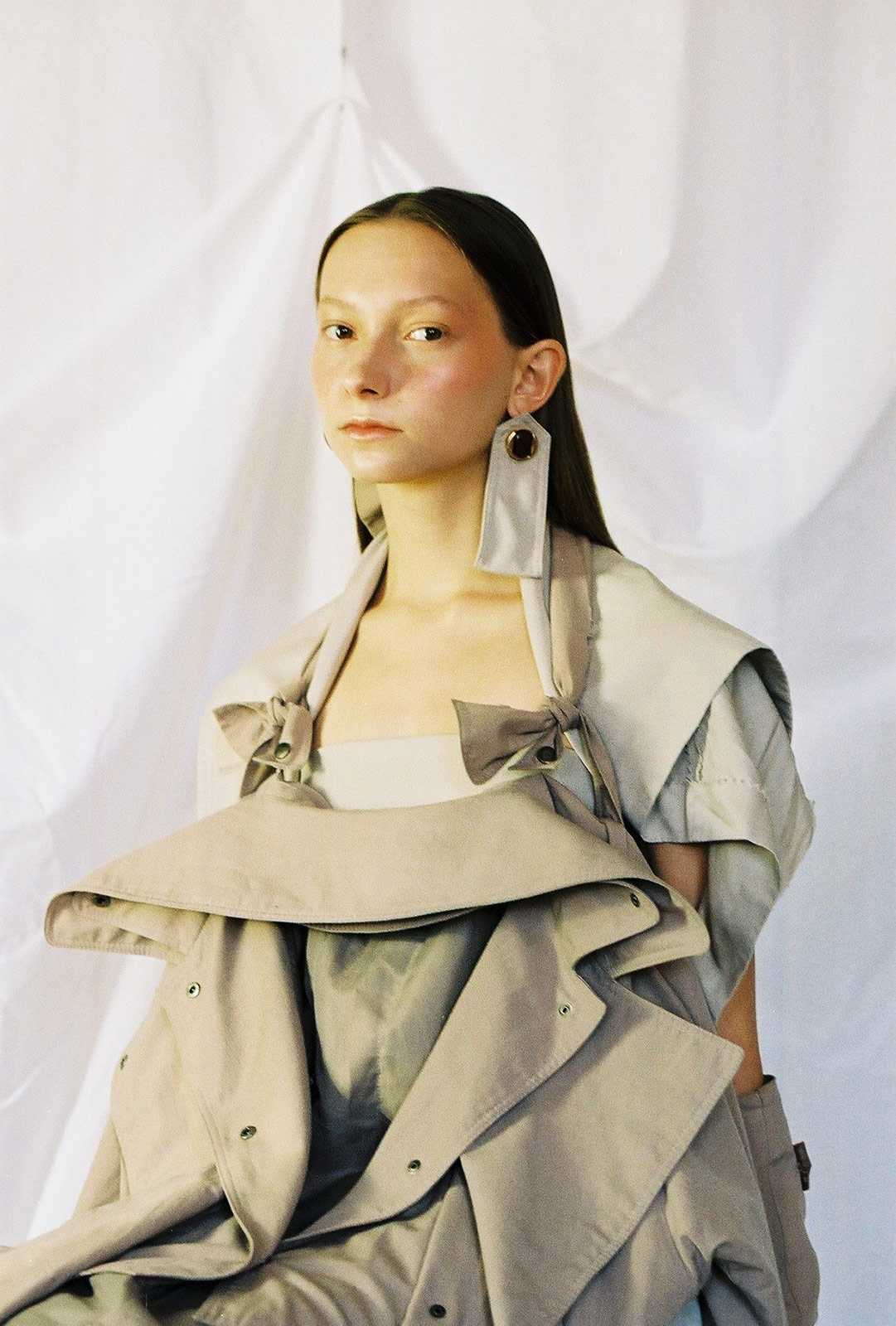 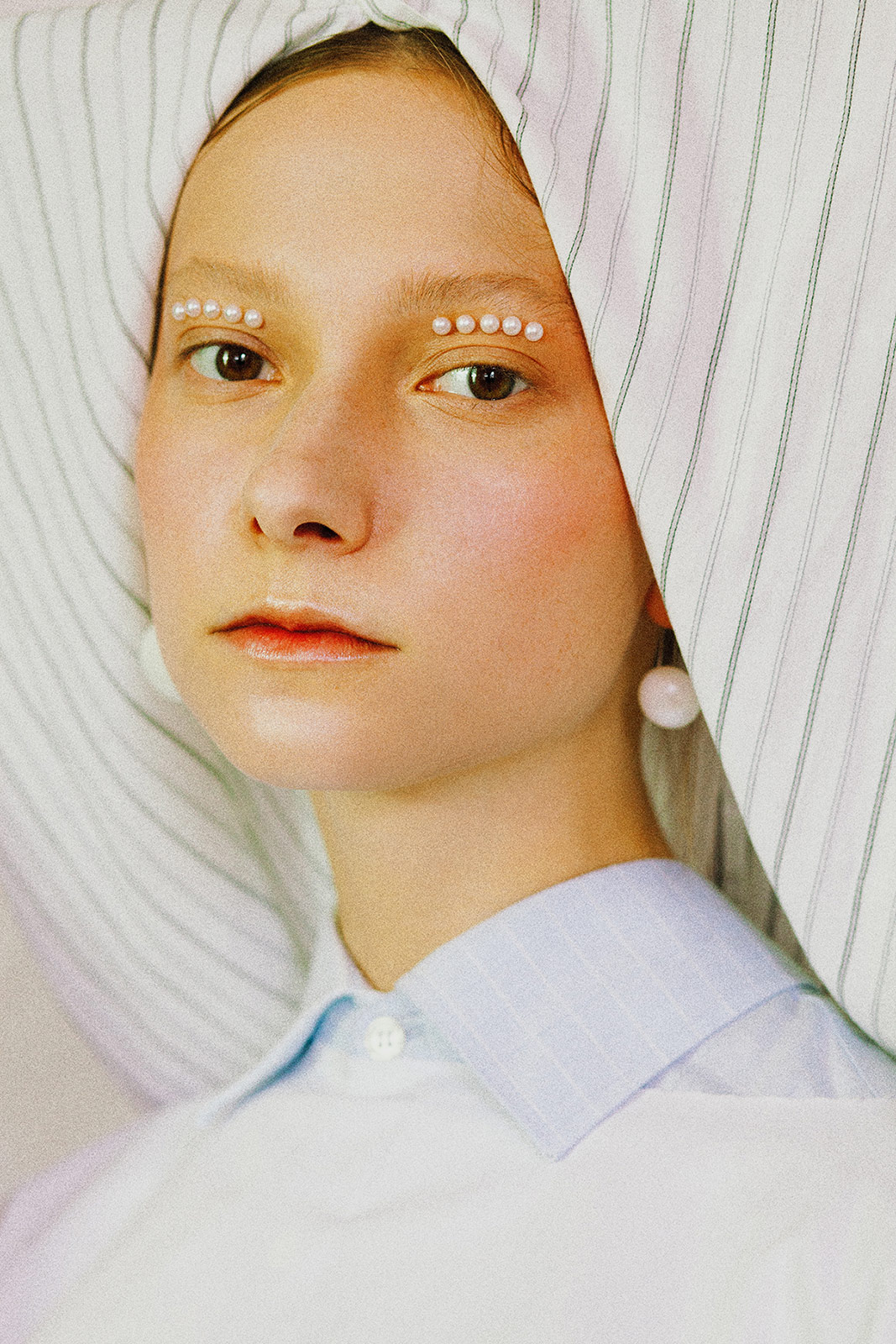 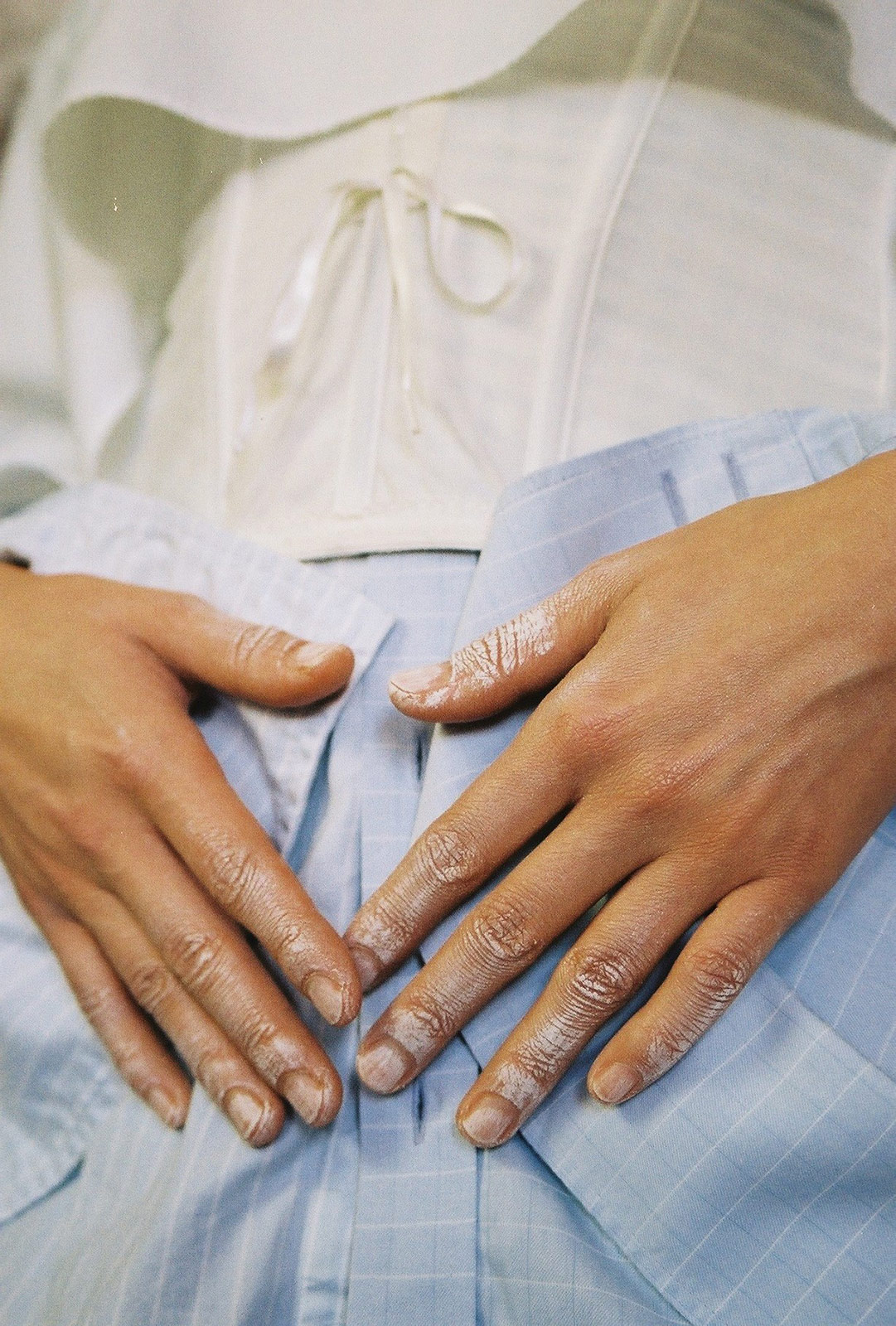 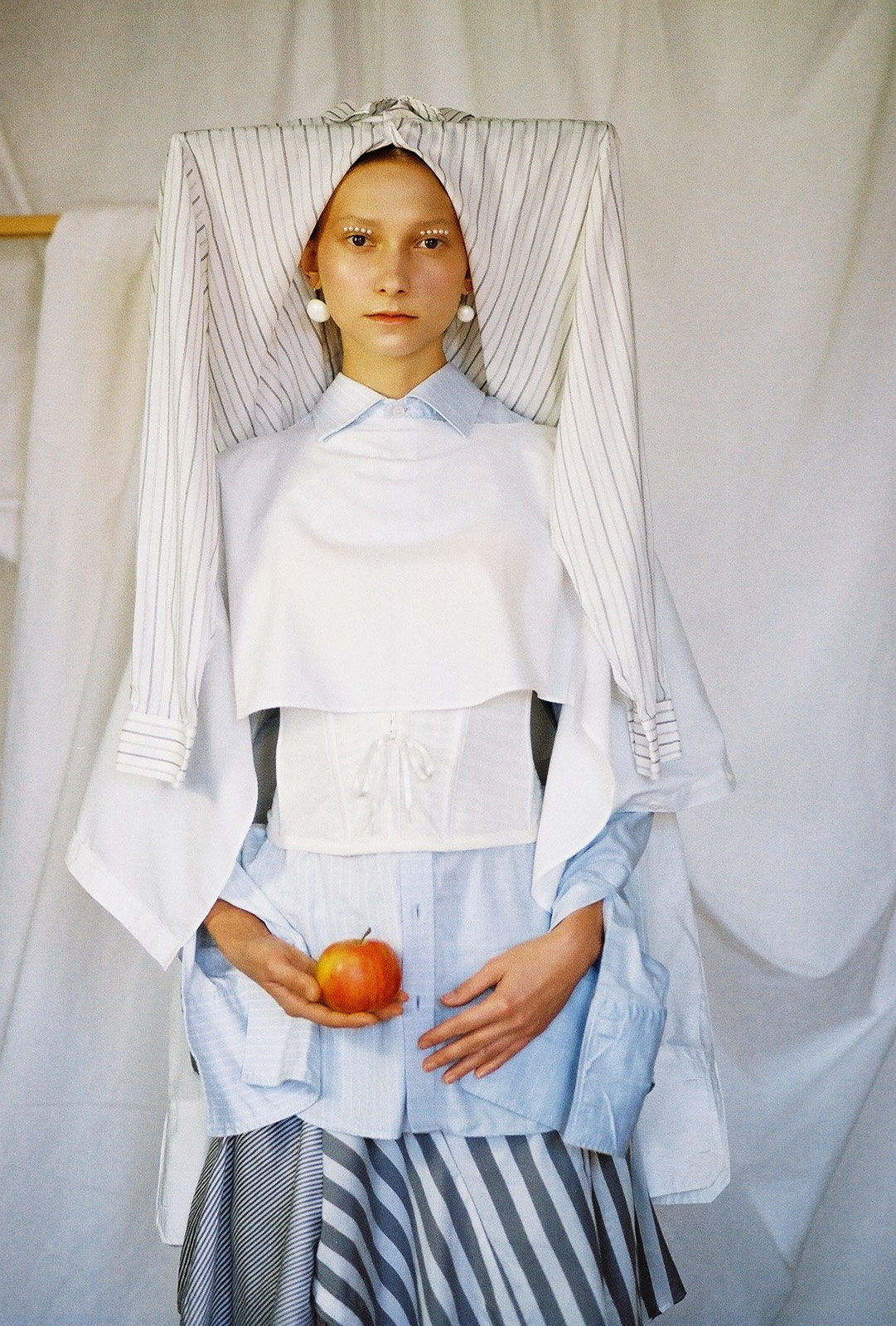 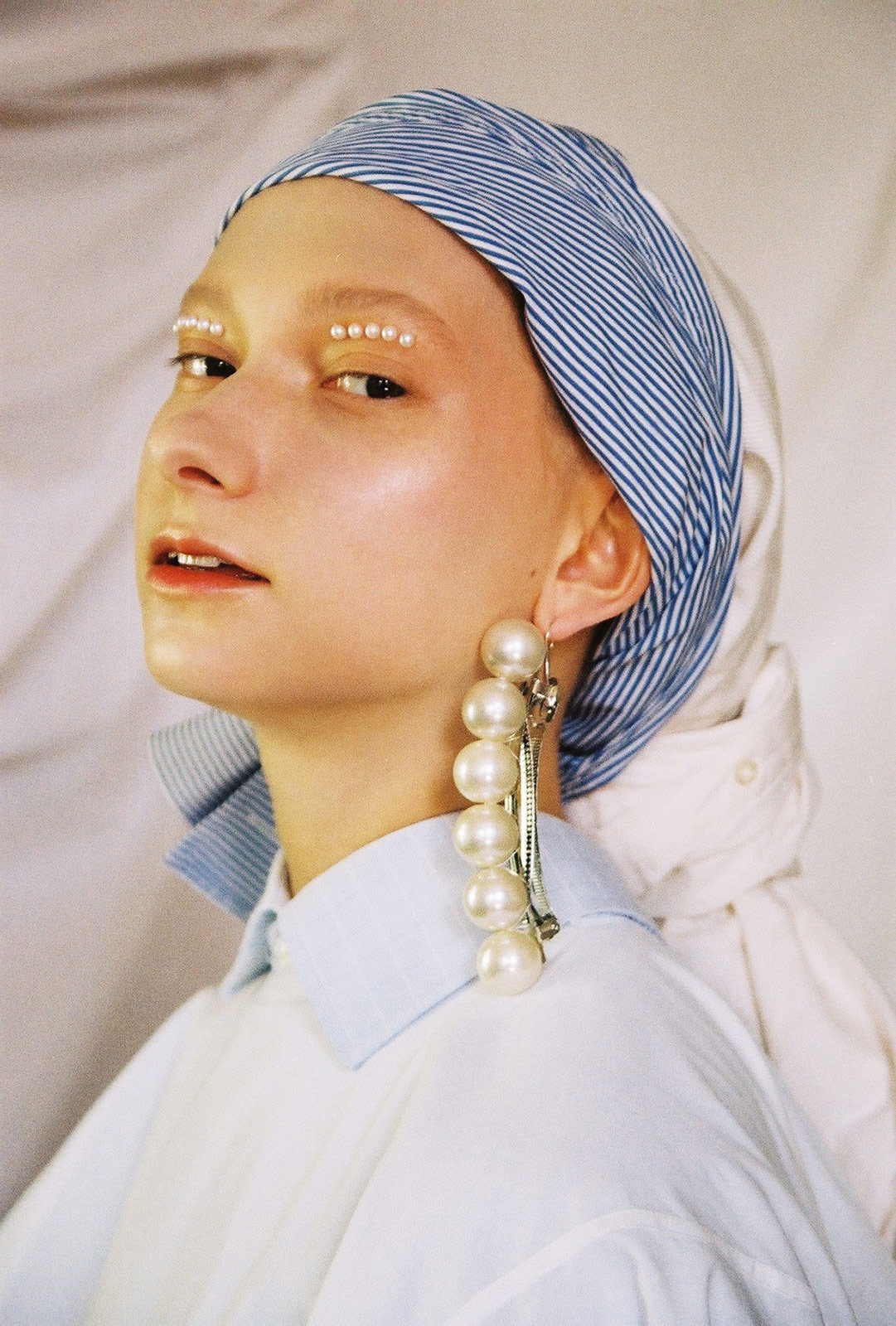 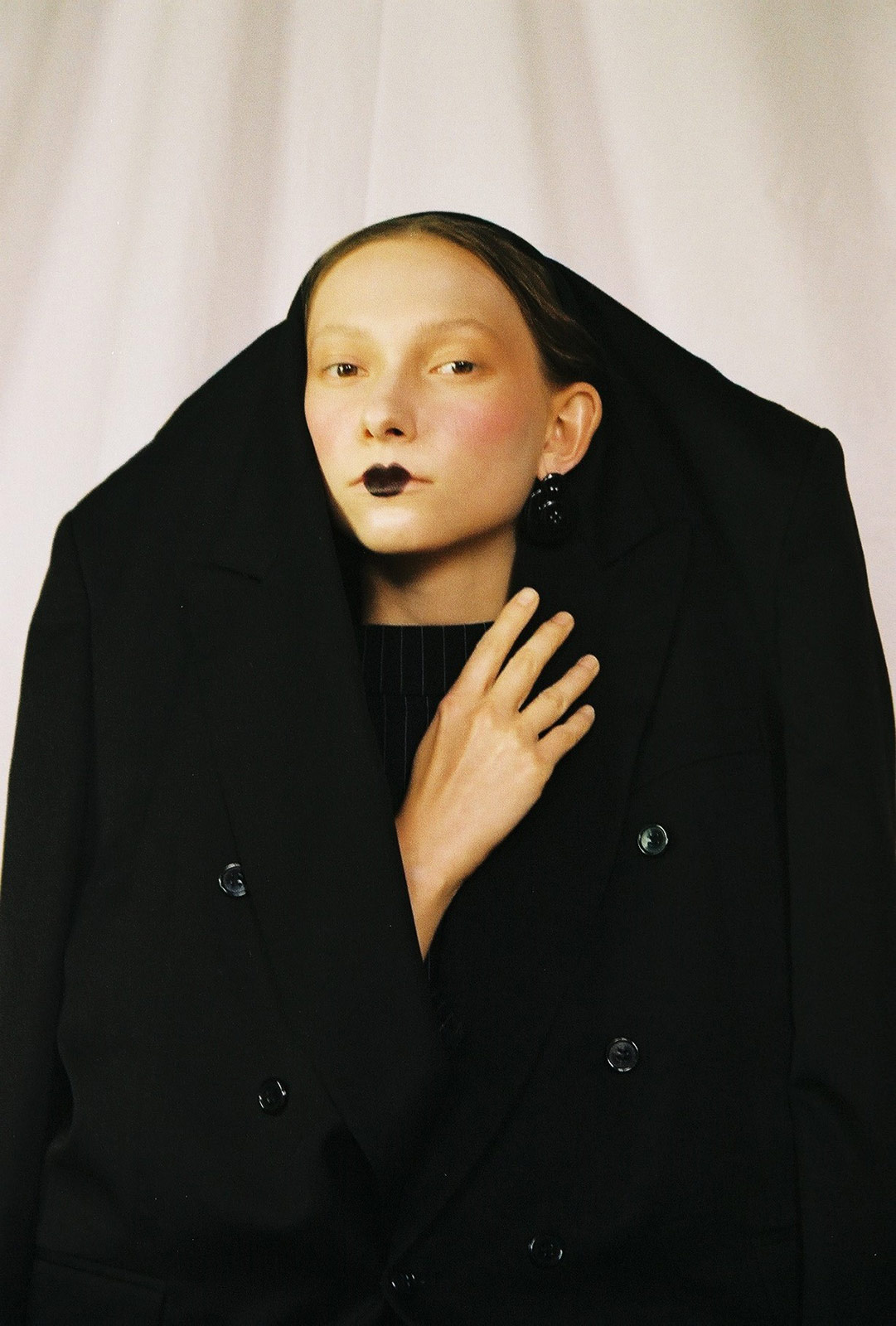 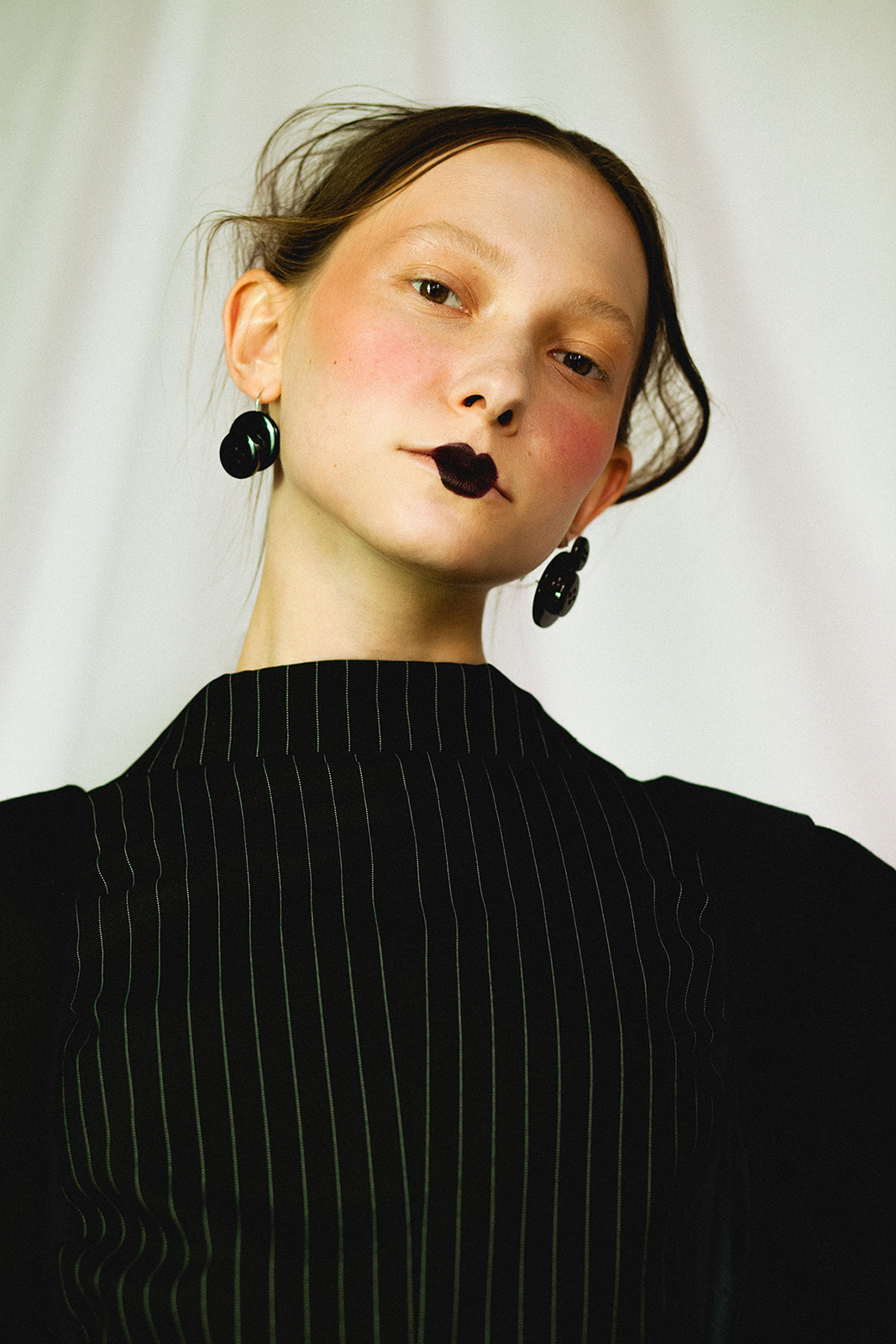 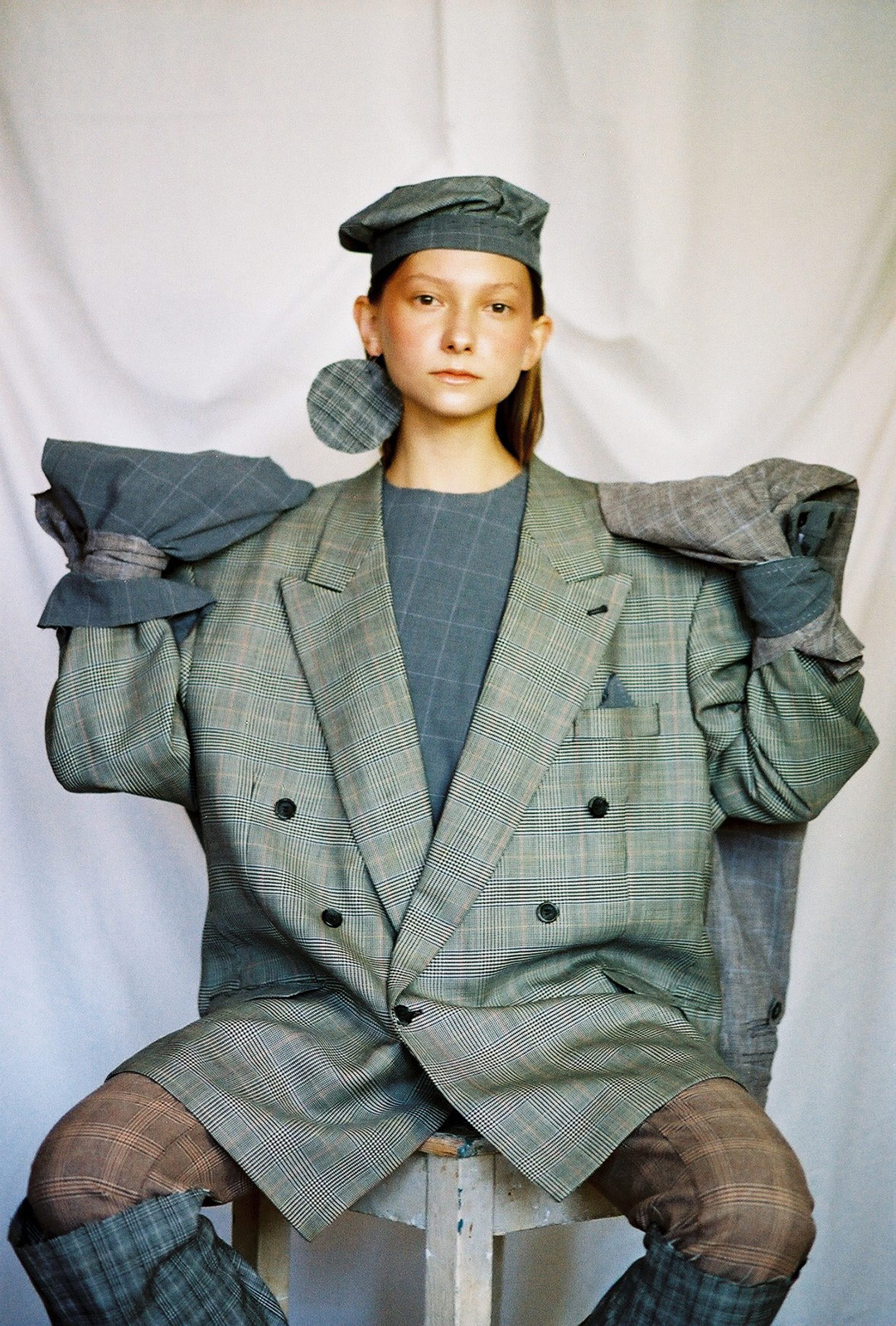 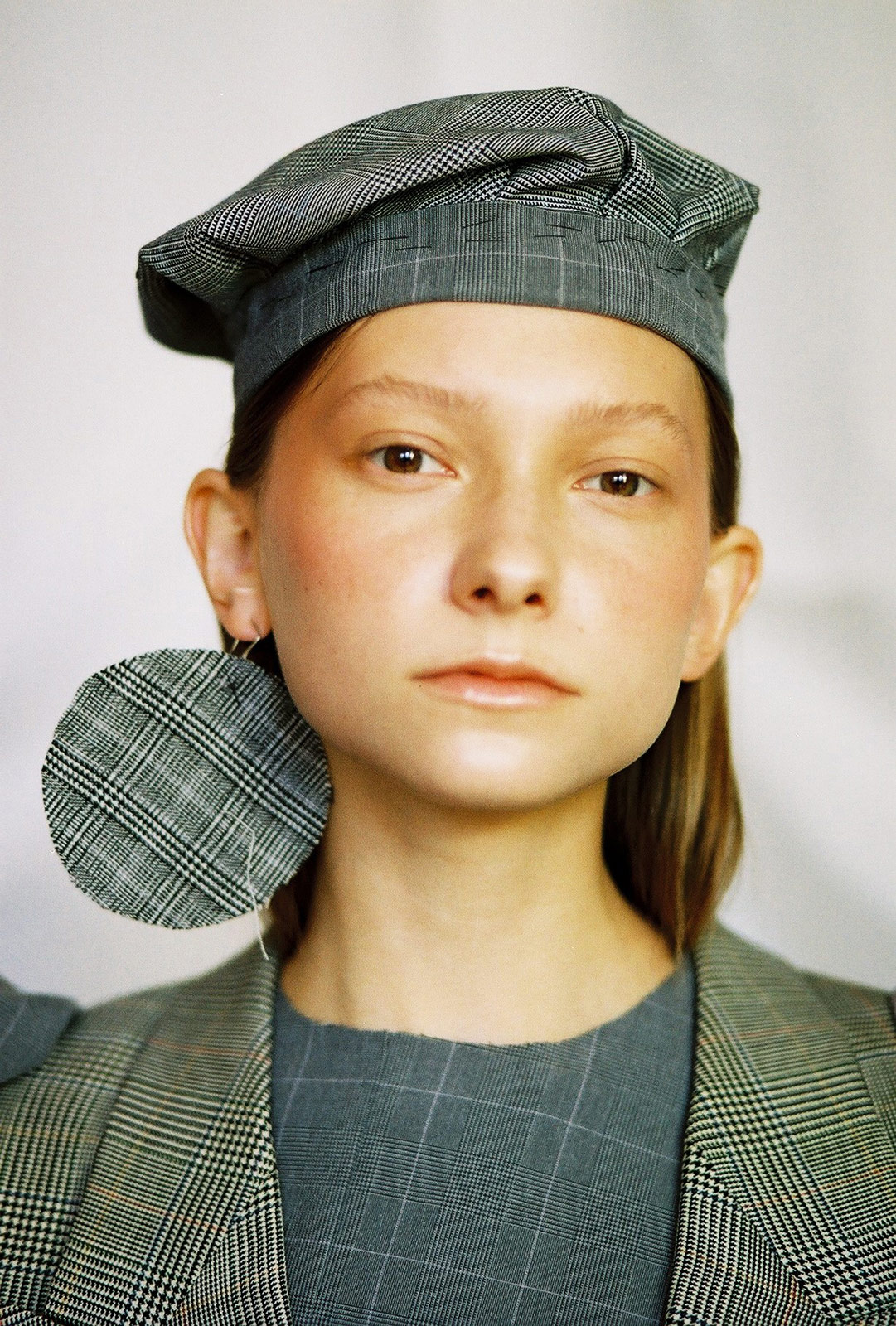 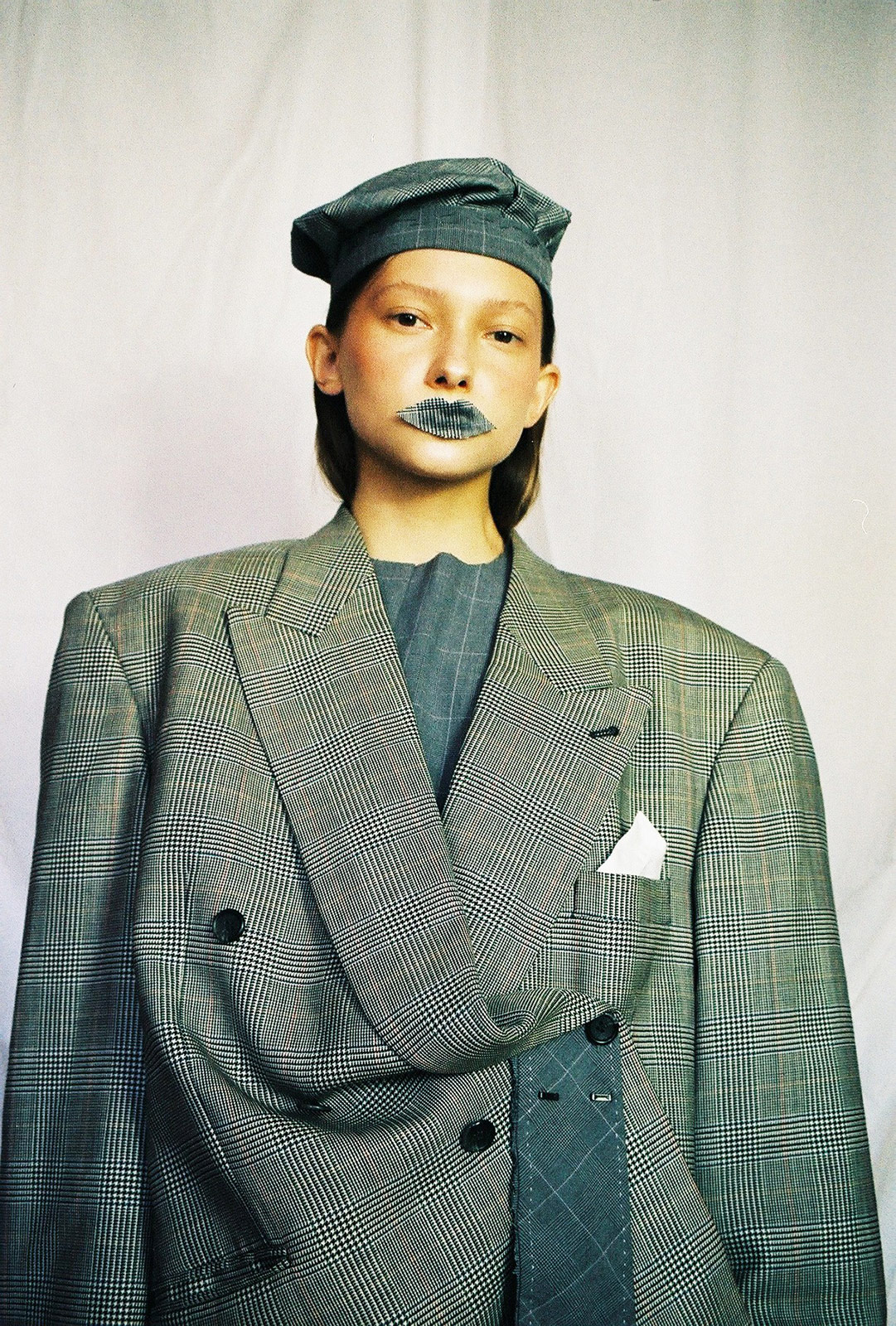