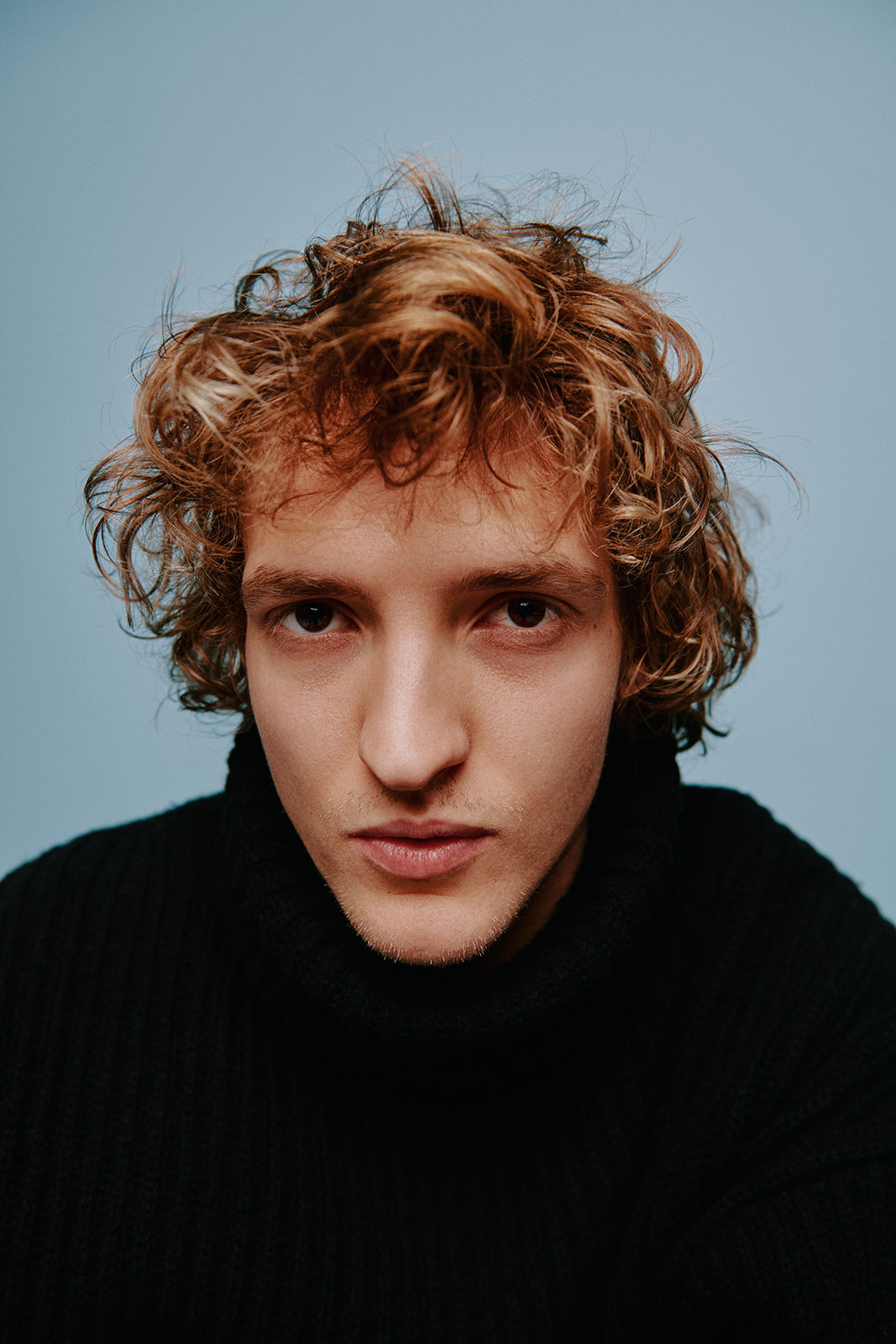 There is a kind of vibe, an energy that only certain people have, that sense of inexplicable uniqueness. Young actor Aliocha Schneider could boast of being one of these artists whose presence, beauty and charisma are inescapable but on the contrary, he just takes all his magnetism and turns it into honest songs and performances that have proved that he is not only a great actor but also a talented musician. 2020 was a great year for him, he premiered the Netflix hit show Vampires and a released new album called Naked, we talk with him about his new projects and the great challenge of handling his two biggest passions: music and acting.

You released the album back in March when the world was starting to get into lockdown. How did you experience releasing such an intimate work when the audience was secluded at home? Do you feel quarantine might’ve contributed positively to the album’s reception?
It came out during the first week of confinement. People listened to it during the quarantine and I could not do any concerts or promo, and I supposed to but the album did reach the public in a deeper way. I could have postponed the release, even if I had done that, the future is still very unclear. So, I’m happy with the release because now I’m already working in new music.
What differences would you say there are between Naked and Eleven Songs? What did you learn from your first album that you’ve applied to the second one?
It’s more modern and I feel like I had more fun doing it. Recording the music videos were super fun. We went to a lot of places to run naked. We visited countries like Spain and Italy, and maybe you could say that I have learned about the life of the songs after recording them. I felt more free thinking that not every choice is decisive and I could work feeling less pressure and more creative.
How would you define your musical style? Who have been your main influences?
Both are really hard questions. I think my last album is a mix of many styles of music but I could say that is pop with a soul or electro vibe, but mainly pop.
In the music video of your song Naked, we can see you running bare in a field. How was the experience of recording that video?
It was super fun. For five days we travelled to Italy and Spain and visited beautiful places. It was a challenge, not just because of the cold weather, also because I needed to hide to avoid people seeing me running naked.
We can say you are not physically shy…
In real life it is different. It's crazy because as an actor I hate running because the first take it’s OK but then you have to do more and you ended exhausted and another thing that I hate is to get naked on camera because is pretty uncomfortable. When I came up with the idea for the video at the time of filming it I ended up thing “What am I doing to myself?"
Does it worry you that your naked body could get all the attention instead of the music and lyrics?
No, I’m far from the camera, the naked factor is really soft. There is no sexual nudity.
What is more difficult to get naked physically or emotionally through film or music?
Of course, emotionally, it's harder to achieve. At the same being naked physically is also linked to the emotional nudity, they are not opposite things.
Can you choose between acting or singing?
I would choose singing but I’m happy not having to choose between acting or singing.
You’ve just released C’est tout, c’est rien, a very beautiful, melancholic song. It’s the first time we hear you sing in French. Did you feel it was more true to yourself somehow? Even though you were born in Paris, why do decide to sing in French just now?
Yes, somehow. It was very hard for me to sing in French but I felt so proud to be able to do it. I loved it and I’m working on more songs in French. I want French to have more space in my music. With the confinement, I needed a challenge and that was singing in french. I tried before but I don’t know why I got it now.
As you released already an album this year, will C’est tout, c’est rien be part of an upcoming 2021 album or EP? What can you tell us about your future plans?
It shares the melody with one of the songs of the album. I’m starting to work in new songs but I’m also shooting a project at the same time so I can’t say when I'm going to release or if it's going to be a whole album, but yes I’m working on it and also I’m working in a tv show based on the novel Germinal by Émile Zola.