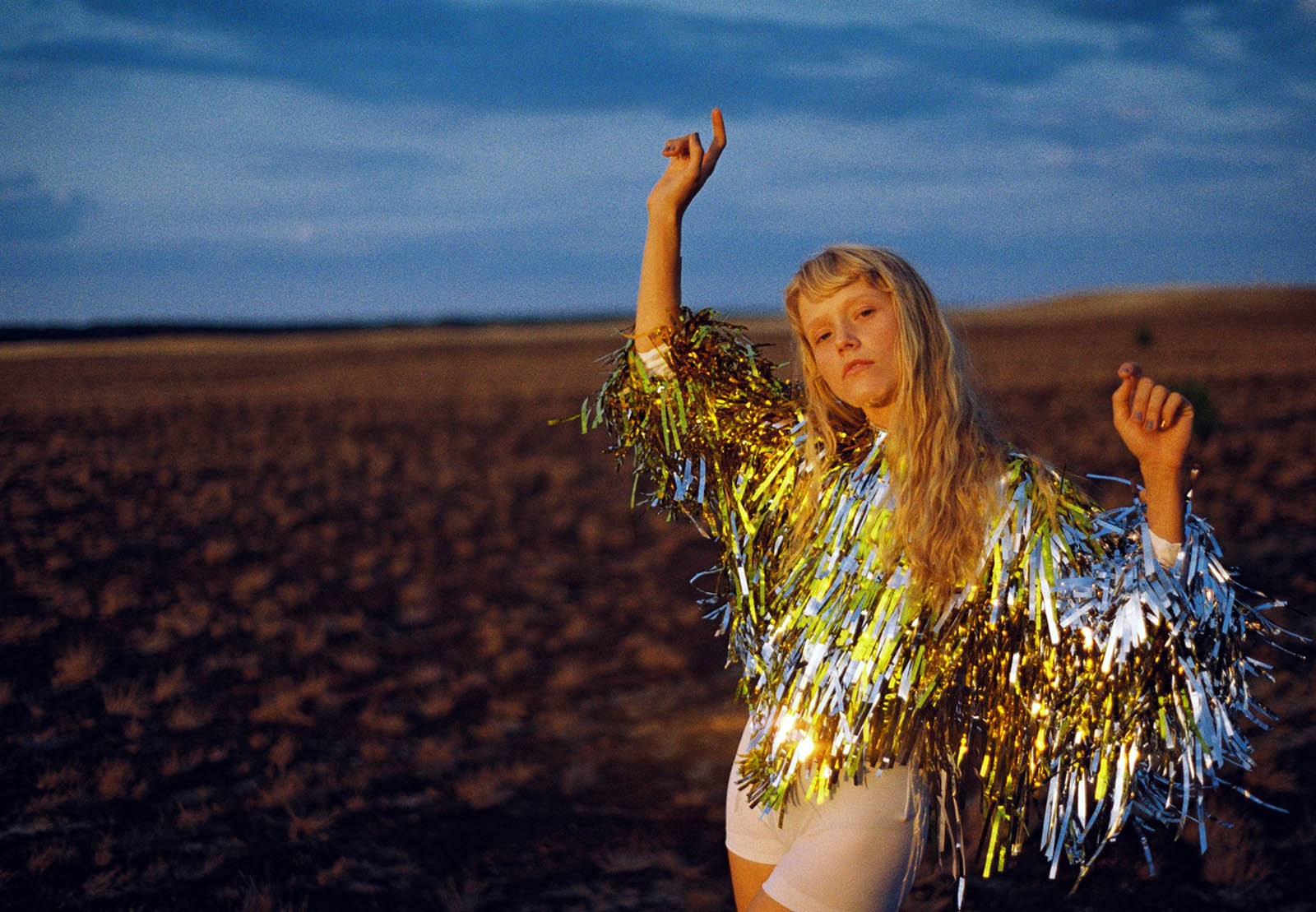 Having travelled half the world to settle in Berlin, Alice Phoebe Lou is a singer and a musician with a talented soul and an impulse to change the world we live in. Her music is a reflection of her past, which translates into an urge to make the future a better place for all of us. With poignant lyrics and some doses of humour, the South African singer is contributing to the conversation on feminism and equality. Her new album, Paper Castles, published by Motor, will be out on March 22 but is already delighting us with some singles and music videos.
First of all, I’d like to talk a bit about your background and how you became a musician. What led you to choose the music path?
I was always into all sorts of different artistic disciplines, but I was mostly focused on dance, theatre and physical performance. I enjoyed playing a bit of piano and noodling around on a guitar, but it was only when I got to Berlin on my travels that I started to play songs on the street and started to consider music as a main direction. Being in Berlin surrounded by so much expression and such a melting pot of art and culture, I was incredibly inspired. Especially by the idea of using the streets and public spaces as a performance space. That's what really got me. I pursued street music as a career and now here I am!
Born in South Africa and having spent many of your early years there, you eventually decided to move to Berlin. What attracted you from the city?
It’s such a melting pot, with so many people from all over the world. It's a big city but it feels like a village too. It's grungy and arty and weird and wild, but it's also safe and everything works, you can ride your bike everywhere, and there's great public transport. It was also really incredible to be able to walk down the street alone at night and feel safe.
Your music has been categorised into jazz, blues, indie, soul, and many other genres. Which one of them do you think defines your music best? Do you define your music at all?
I honestly don't know! I change all the time and allow myself to explore different genres and instruments so that I never get stuck in one box. I would get too bored, to be honest. I love feeling like anything is possible and allowing myself to change as much as I like. I think music has evolved to a point beyond genres.

“Music is a beautiful way to navigate difficult subjects and there are so many ways to use it for positive change.”
You’ve already released an album, Orbit, a live session, and many singles, such as She – one of your most acclaimed songs. In a few days, you’ll be presenting Paper Castles, your newest album. How would you say it differs from your previous work?
I feel as though I've come into myself as an artist and a woman, and this feels like the most honest piece of work I've made. It is a musical conversation of who I am today. I never did music lessons or learnt music theory, and I always felt self-conscious of this, feeling as though other people knew better how to direct my music. Now I have the confidence to trust in myself and express myself and realise that I know what's best for me. And it's incredibly personal too, the subject matter is all my most intimate lessons and ideas that I've come to realise as I've come into womanhood.
Guide us through your creative process. How do you manage songwriting, recording in the studio, etc.?
It's a lot! There are times where I am feeling more creative and I dedicate myself to songwriting, and there are times where I am feeling more like a businesswoman and I work on that side of things. I go through phases. Every song is a different process and a different journey, and I try to only write when I have something to write about.
Paper Castles is being expected with a lot of excitement. Your latest single, Skin Crawl, is a powerful denounce of the abuse women go through every day by men. Inspired by a frightening personal experience, the song seems to aim at the core of the problem: misogyny and patriarchy in everyday life. How do you aspire Skin Crawl to resonate with your audience – both female and male?
The song is supposed to shed a light on something that people take for granted, and it aspires to inspire people to strive to work towards a club/community/party culture that is safe and cosy for everyone. It's so important that we realise the effect that our words and body language have on other people. That we call people out when they behave in a way that makes someone feel small or powerless. Feminism is important for women, men and everyone. It’s for the world to be equal and for women to be able to go out and have no fear.

Artists usually base their work on personal experiences, feelings, sensations, background. But revealing or creating from a traumatic event is something hard. How do you feel about exposing such an intimate part of you to the public and why do you feel it is important as an artist to share it?
It's definitely intense to share such intimate and personal subjects with the public. I definitely don't feel as though everyone should have to do that because, for some people, it is too hard or too painful. But for me, it's therapeutic to talk about it, for other people to relate and feel less alone and share with me what they've been through. For these subjects to not be taboo and for conversations to happen. Art and music are a huge form of therapy for me, to take the traumatic experiences and turn them into something beautiful, something that people can be moved by.
I really like the music video of Skin Crawl, particularly, the humorous approach to ‘male objectification’ – they become a sofa, a spinning machine, an ashtray, etc. But the lyrics are tough (“don’t put me on a shelf”, “there’s no one girl who deserves your aggression”, “how about I take your patriarchy, your misogyny and I put it in the backyard and set fire to it”). Tell me more about this dichotomy between the sense of humour and the gravity of the lyrics.
So often I write songs in a more metaphorical way, but with this one, I felt like I wanted to get straight to the point. I wanted people to know exactly what I was feeling and talking about. I definitely like to approach difficult subjects with some humour, I don't like to take myself too seriously. But sometimes, we need to say it as it is! I need to take control of my environment and tell people how I really feel.
Thanks to a more vocal and bigger community to protect victims of abuse and assault, sexual misconducts are being more and more condemned, at least by the public eye. Still, there is a long way to go to achieve real equality between men and women. Where do you think music stands in the battle for feminism?
I think that music is an incredible tool to enter people’s ears and hearts. When people admire your music, they are going to listen to what you say even if it's hard to hear. Music is a beautiful way to navigate difficult subjects and there are so many ways to use it for positive change, even if it simply makes someone feel something.
Paper Castles’ release will be followed by a two-month tour around North America and Europe, starting on March 3 in Toronto (followed by shows in Montreal, Boston, Brooklyn, Los Angeles, San Francisco, Seattle, etc.) and ending on May 11 in your current city, Berlin (preceded by concerts in Manchester, London, Amsterdam, Brussels, Vienna, Copenhagen, etc.). How do you prepare for the live shows? How do you translate the sound of the album into a live performance?
It's the longest tour I've ever been on and I'm just as excited as I am nervous! I'm preparing mentally for it, wanting to have a healthy diet and exercise routine to make sure that I come home feeling energised, not spent. I am very lucky to have an incredible band that I get along with very well, so that's definitely a huge plus. Touring is expensive as an independent artist, so I have to work incredibly hard to make it all work. The live shows are super fun, we change the arrangements all the time to keep it interesting and make sure that we can keep playing the songs night after night and really enjoy it. 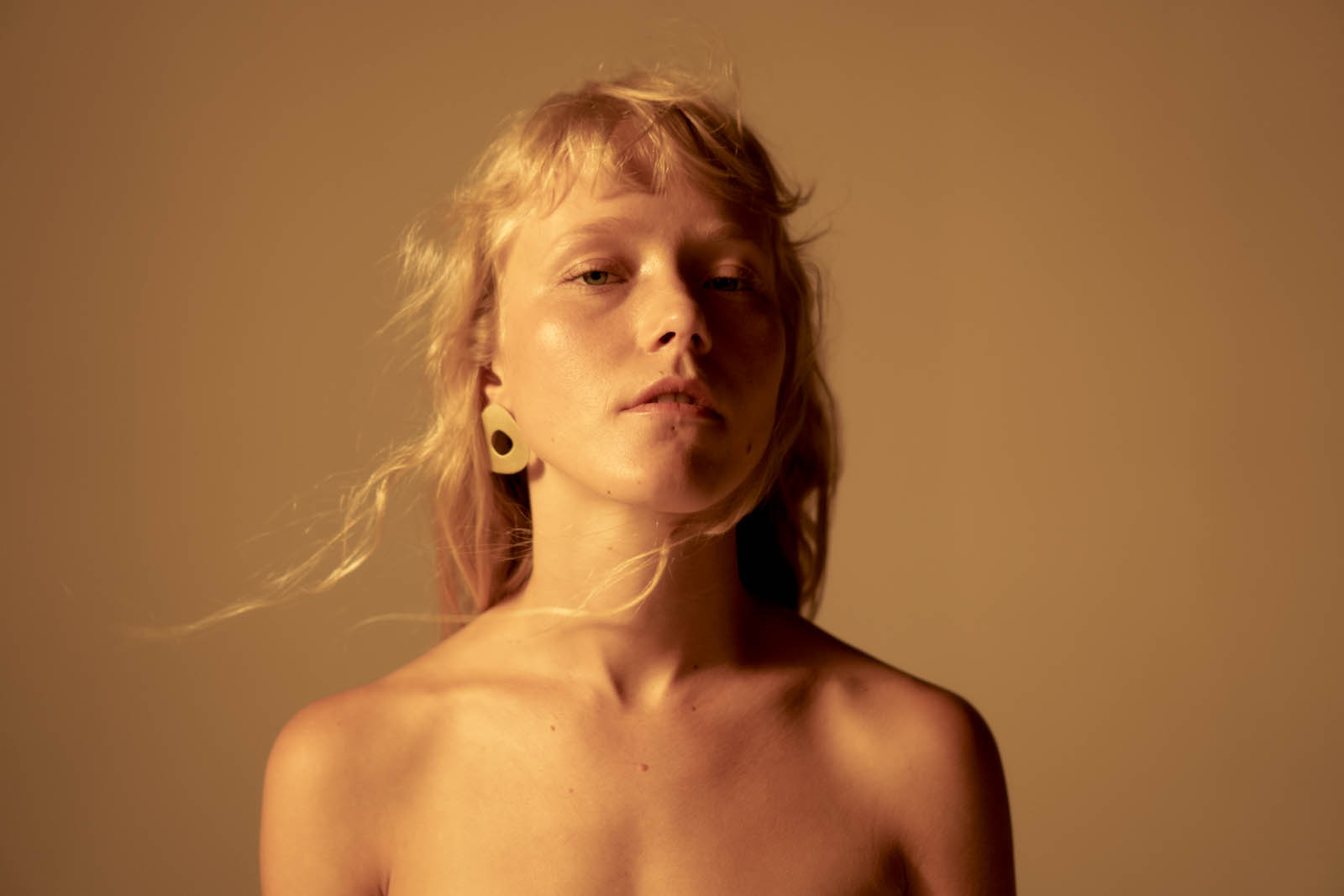