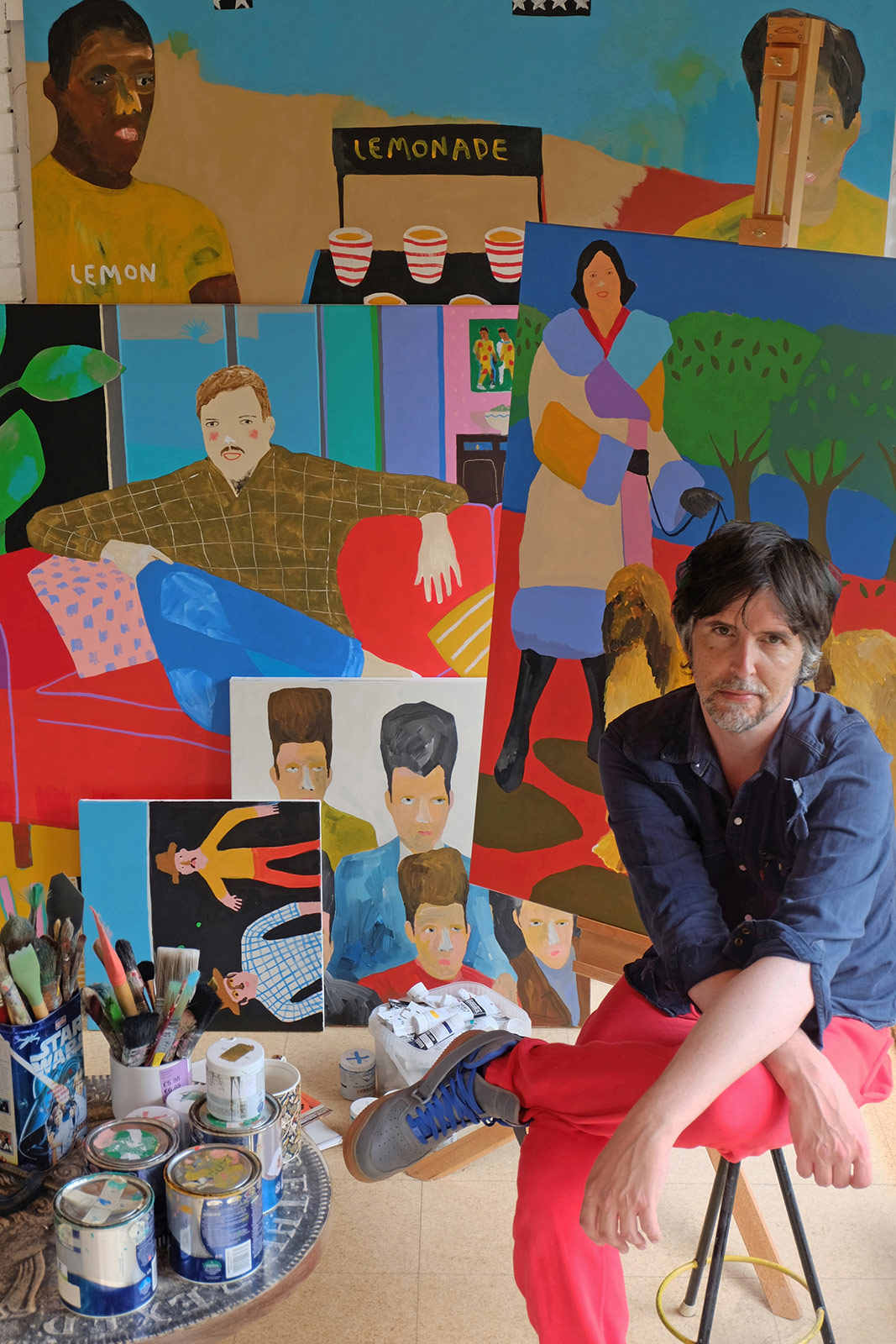 British artist Alan Fears has given up on controlling that which he depicts on a painting. This results in the wackiest ideas that you could ever imagine. Actually, scratch that; only he could ever dream up those kinds of scenarios: a cat lady wearing a Debbie Gibson 1989 tour sweater, a Madonna lookalike from the Like a Virgin era, or a recreation of Wham!’s Fantastic album. What do they have in common? For starters, all these people belong to the ‘80s, and they all allude to icons – you’d think he’s obsessed with pop culture, but the reality is quite different to that. Read this interview to get to pick his brain, although you’ll see that the paintings already speak for themselves.
Having started two art-related uni courses and not finishing them, you probably got really frustrated with academia. However, why did you still want to pursue this career? For example, when did you pick up a brush, start painting and decide that this was for you?
Painting, or learning how to use paint, is something I had to do. I am a big fan of colour so I knew that if I wanted to make colourful images, I had to learn how to use paint. I was in my late thirties when I actually committed to doing it full-time. I wasn’t consciously starting a career, I was just trying to control the creative urge and to find a purpose in life. Up until I started painting, I always felt like I wasn’t doing what I should be doing, I was often frustrated. Now that I paint, I find that the mild misery I used to feel has been lifted a little.
I’ve seen that other than being an artist, you co-own an art gallery, sell furniture and even make music. Which one of these is your main job, where you put out most of your effort? And which one would you say defines you?
The interiors gallery was my main job for about fifteen years. Music was also my main job for a few of those years, but now it’s painting. It’s like spinning plates, I return to those previous lives when I need to, but my main focus is painting. They are all creative outlets, so I suppose I could define myself as a creative person.
When it comes to music, I’ve seen that perhaps a few times a year you make these songs that you then turn into an album. When and why did these spurts start? Also, do you make all of the music by yourself?
I make the music by myself. Since the early ‘90s, I have been toying around with music and song writing. I was signed to a small record label for a couple of years, which got me into the habit of writing on a regular basis. Ever since, I have found myself recording albums almost by accident. There’s no big ambition or goal, I really just do it for fun. It also keeps my brain loose and forces my mind to think about themes and words. 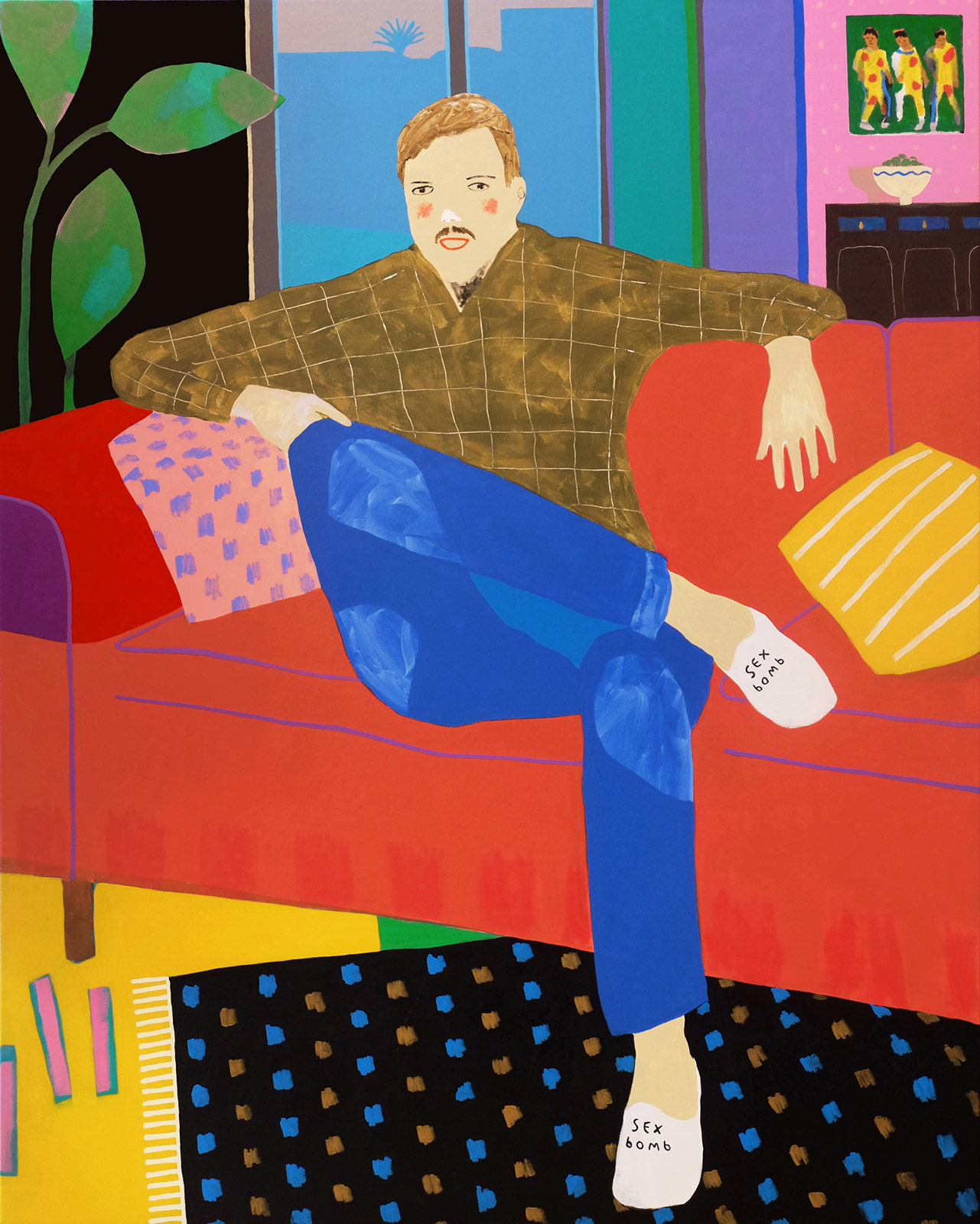 You’re clearly very much invested in everything related to the ‘80s, as it’s the era you grew up in. However, what things about that decade do you love the most? Is it specific aspects from that time, be it musicians, TV shows, a certain aesthetic, that makes you keep coming back?
When I started painting, I decided that I wanted to paint images like I would if I was a kid. I was sixteen in 1990, so the ‘80s just happen to be my time. All the characters and references from that era never left me, if anything they haunt me. As an experiment, I tried to approach my art as if 1989 never ended. As a kid, I spent a lot of my time drawing pop stars and movie stars from magazines, so I wanted to be true to that past time by doing exactly that now, in this era. That was the starting point, now I’m just following my nose.
It’s tricky to summarise the ‘80s without tripping over the bad stuff. At the time, you never really saw it, but the summery colours and pattern collage of Memphis Design still have a positive feeling for me. Miami Vice carried that theme on, and that played a big role in my world. If something had pinks and blues in it, I liked it. The ocean, palm trees, peach-coloured trousers and mint green shoes; whatever the combination, that was the kind of thing that put me in a good place.
That sounds very ‘80s, yes. Anything else?
All synth-pop worked for me. Prince got it very right at the time. Early hip-hop, Breakdance the movie, anything Spielberg touched, Swatch watches, Harold Faltermeyer and Jan Hammer, plus some INXS and Huey Lewis and I was happy. For me, the ‘80s were a strange jumble of sunshine and technology.
Pop music videos were a big deal. They all played a role, even the ones I didn’t like because video was the new medium so you had older acts sitting side by side with younger acts, all with matching haircuts and shoulder pads. Some looked stupid and some looked great, which created a peculiar mix of influences on me. When I want to escape, I think of that world now, and when I paint, I try to reimagine today in those flavours.
Your obsession with pop culture is evident too, but I’d say that you’re especially interested in American culture. However, you’re British. What is it about that all-American life/world that draws you in?
Americans seem to love a slogan and that works for me, too. They also have a great way of advertising things. It’s almost impossible to avoid Americanisms in art if you’re a fan of pop art, as I am. Britain and America have often crossed paths culturally, so in my mind they are together as one blob of pop culture. They both feed off each other and mangling the two creates a varied mix of references for me as a painter. What Britain offers is humour and history, so I like to combine all those elements as some sort of visual language. It seems ridiculous now, but America used to feel modern and exciting in the ‘80s, and was once a positive force for me, so I can’t help but drag American references into my work when I can. 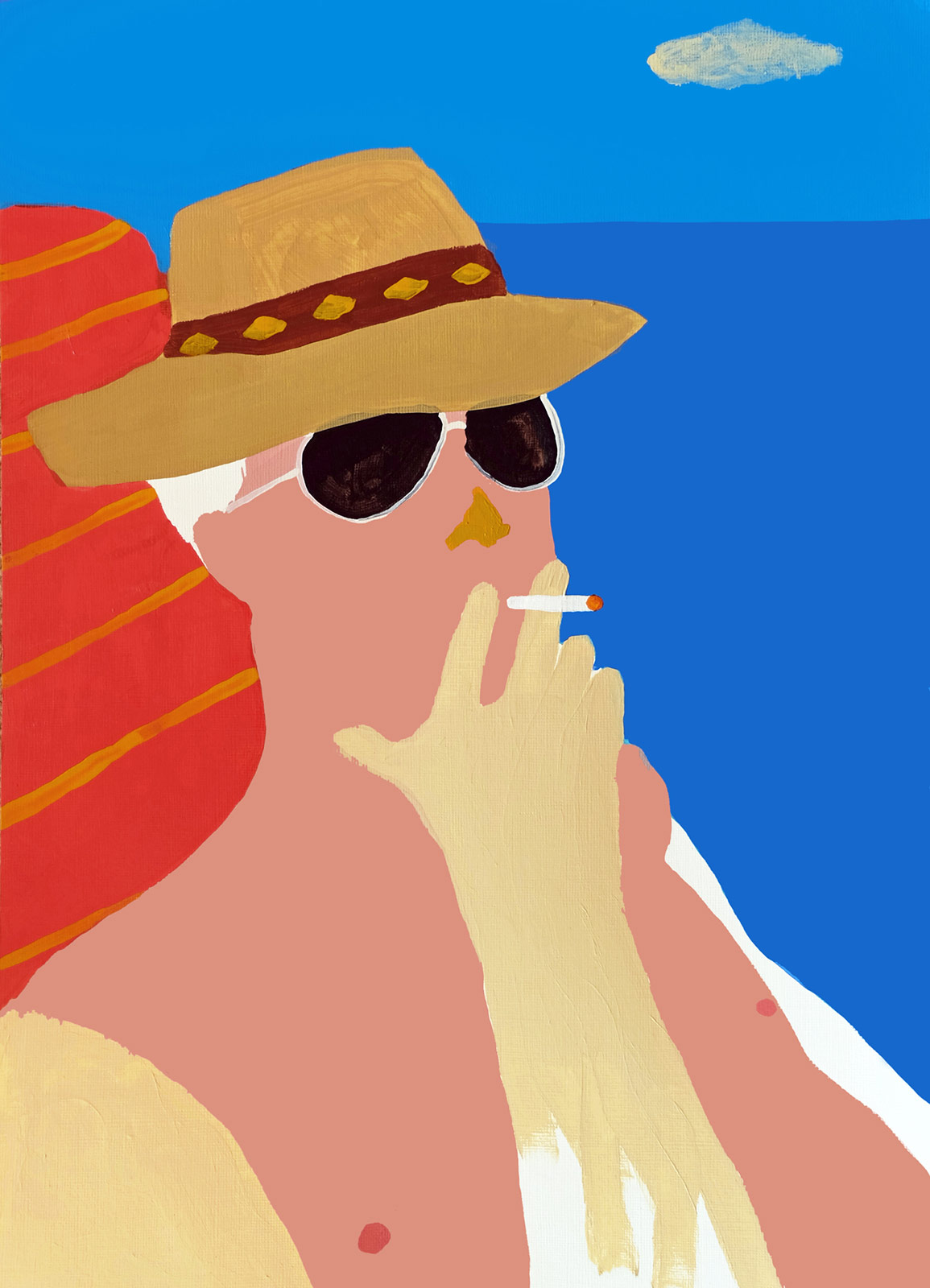 Also, what’s up with your obsession with singer Debbie Gibson?
For the record, I’m not obsessed with Debbie Gibson. Debbie was a big deal in 1989, and for some people still is. My obsession is with those people who are obsessed with pop culture icons such as Debbie Gibson. That’s the kind of sweetness in humans that attracts me to them.
In your painting The Masterpiece, are you criticising those works of art that we – as a society – deem to be iconic? Is that why you Alan Fears-ed the Mona Lisa?
The Masterpiece is just a bit of fun. A random image given an important title. I suppose there is a comment on the concept of masterpieces in there, but for me, bad things can be great things and good things can be overlooked, so the whole concept of greatness falls apart. The Mona Lisa I made was a commission for a client. It was a technical challenge for me and fun to do.
What does the future hold for Alan Fears?
Probably, just more of the same. I don’t really know how it is supposed to go. I’m always considering making a book, I just have to decide what its purpose will be, but that is something that’s always on the cards. I’ll make some more paintings and see what happens. Every time I try to control the art, it fails, so I’m just going to have some fun. And if people get a little lift from that, then that’s a bonus. 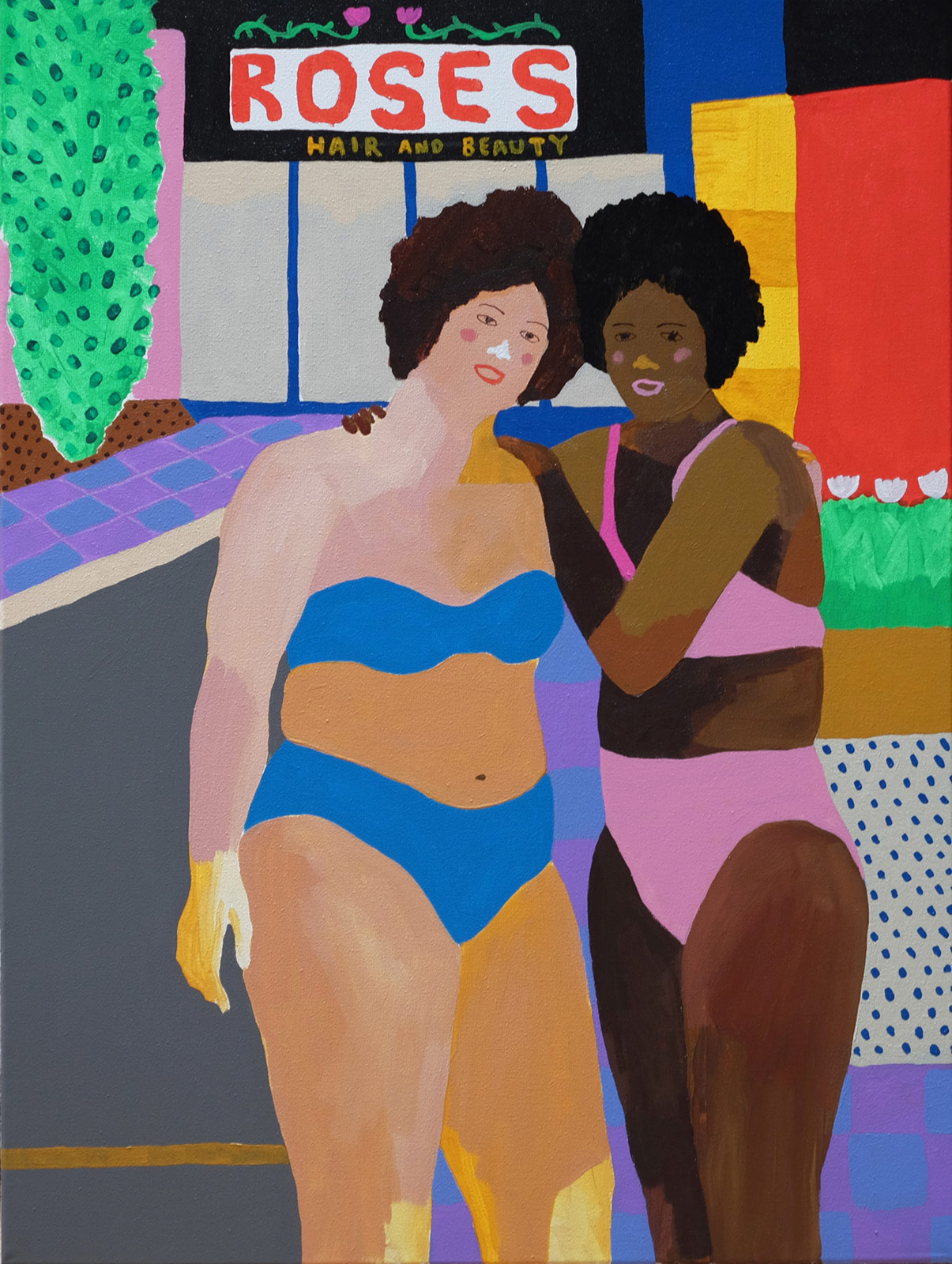 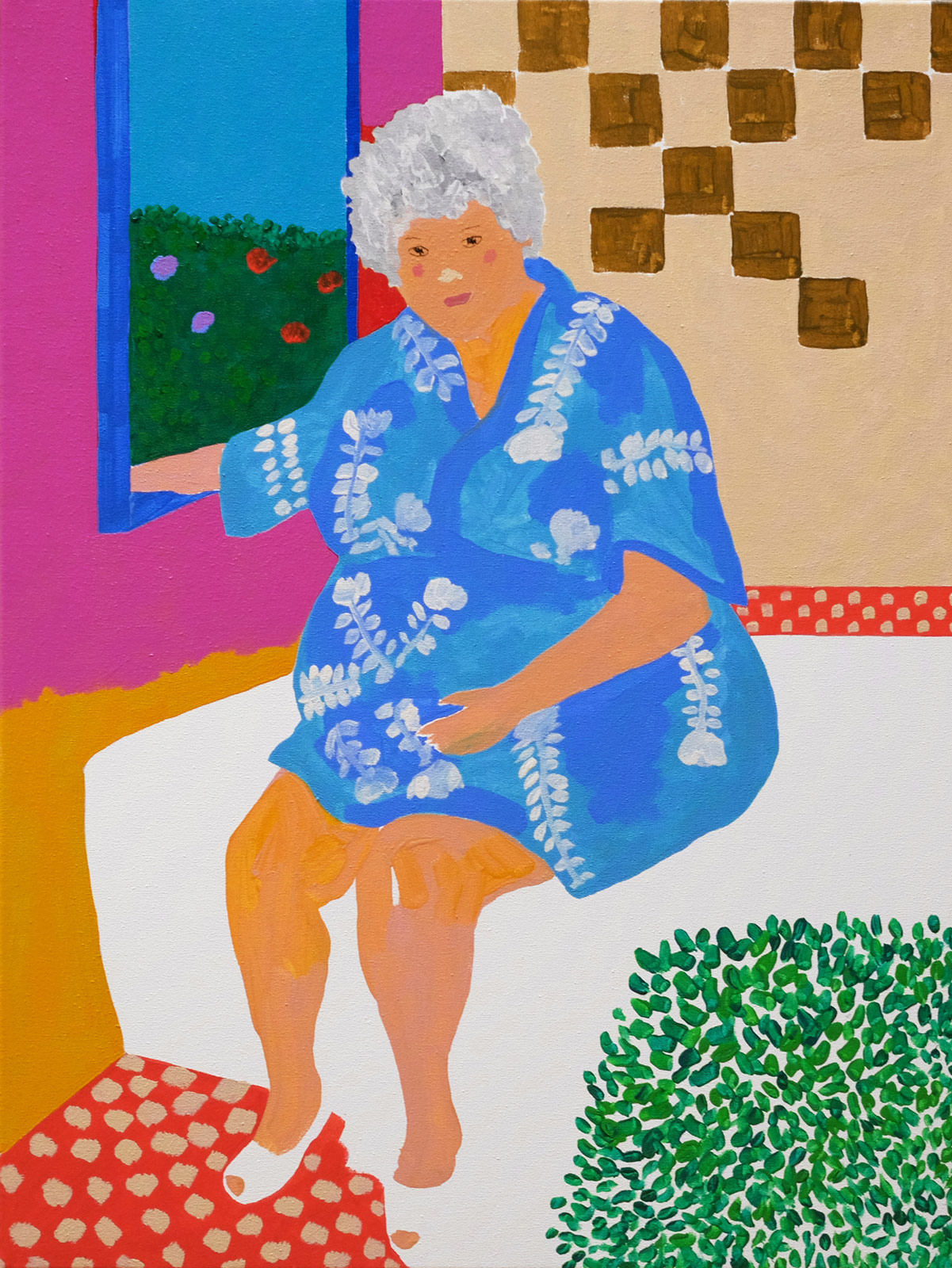 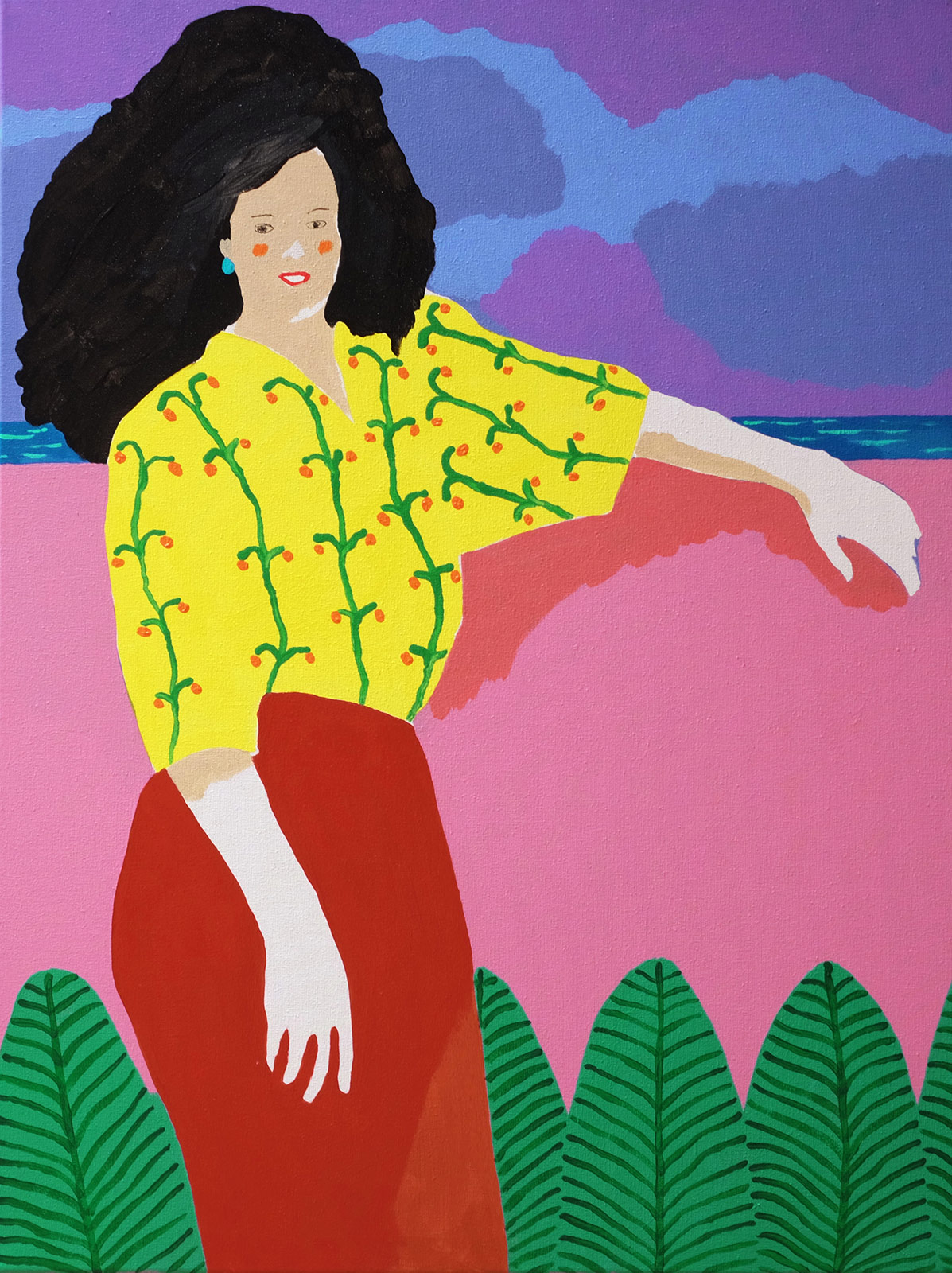 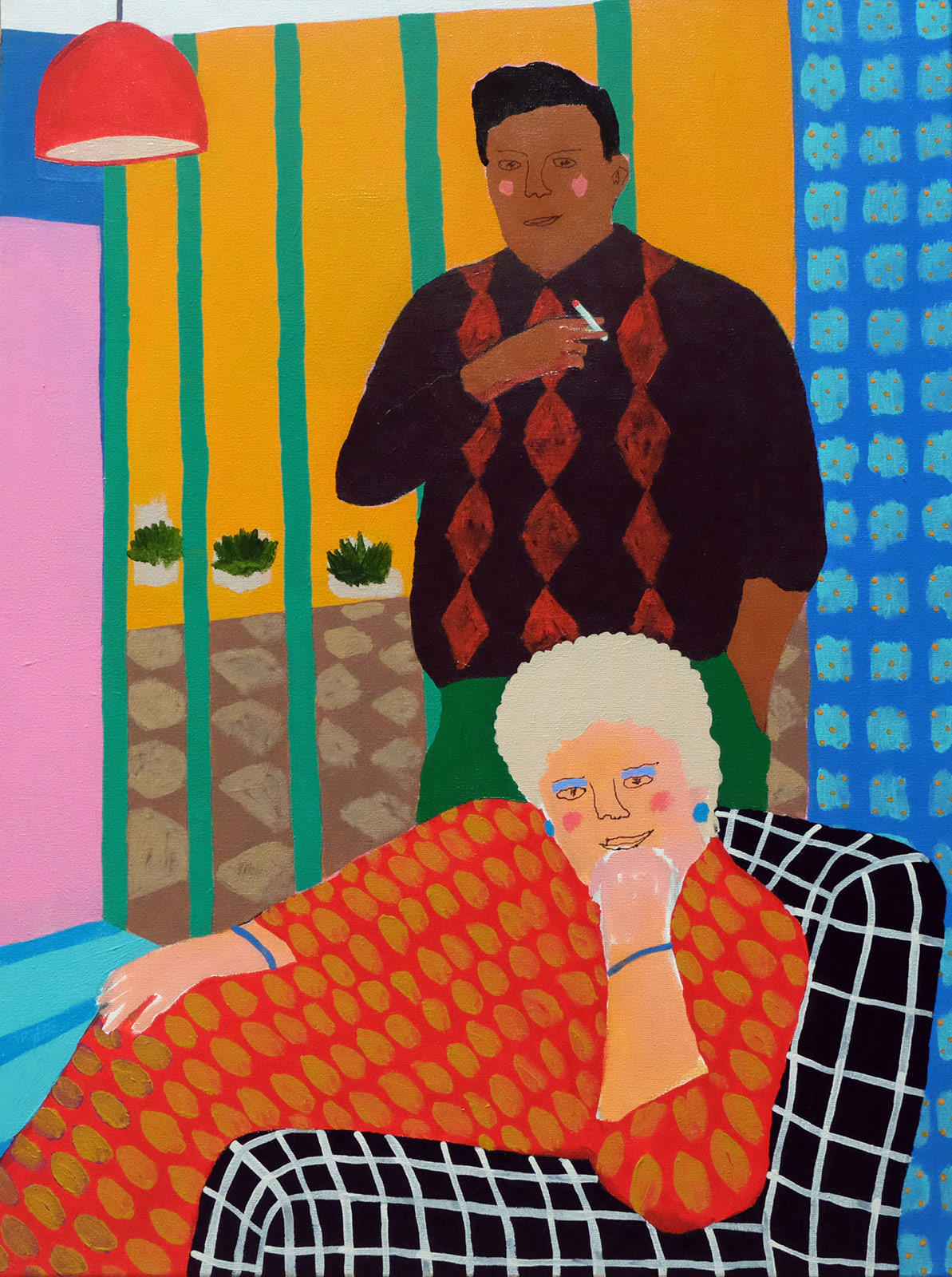 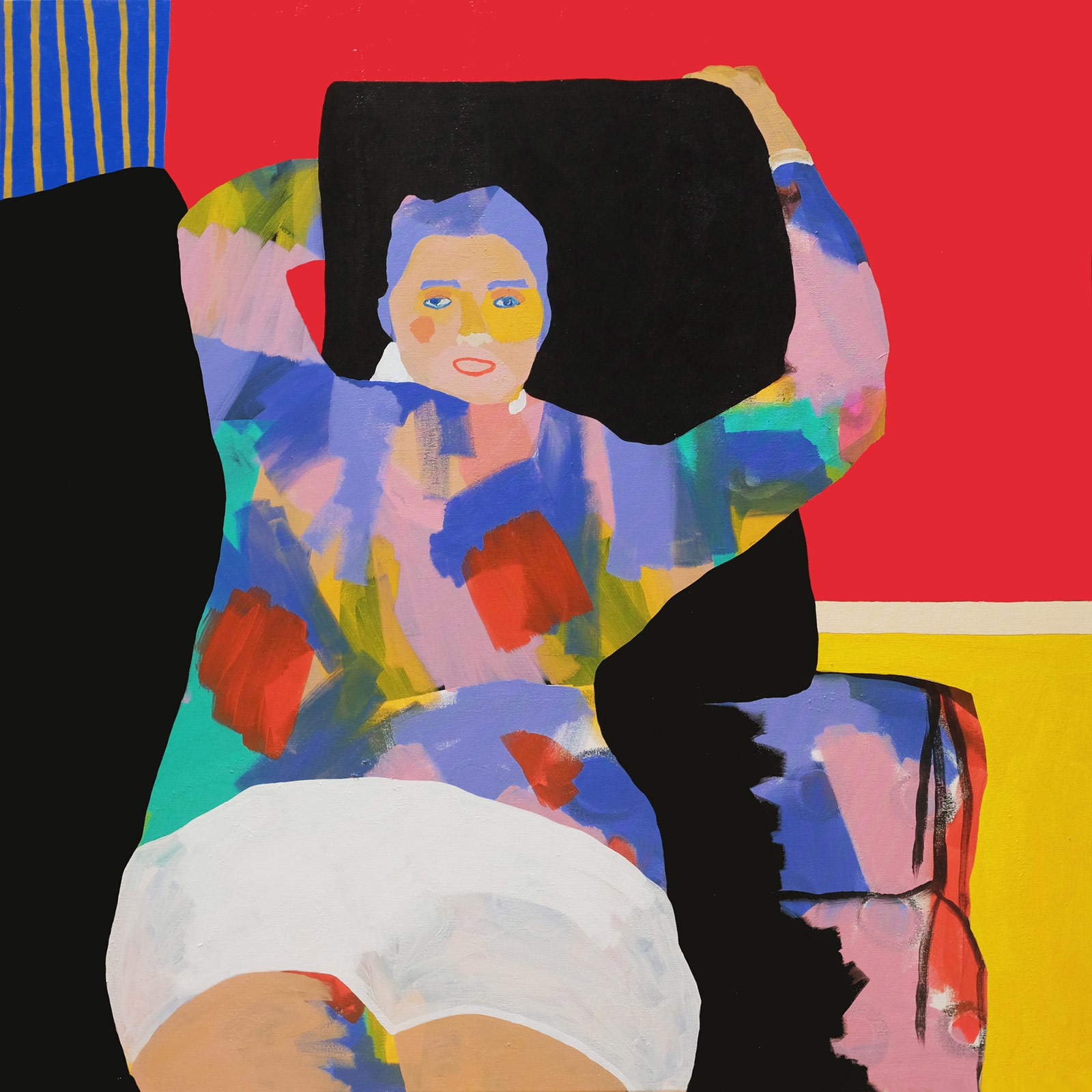 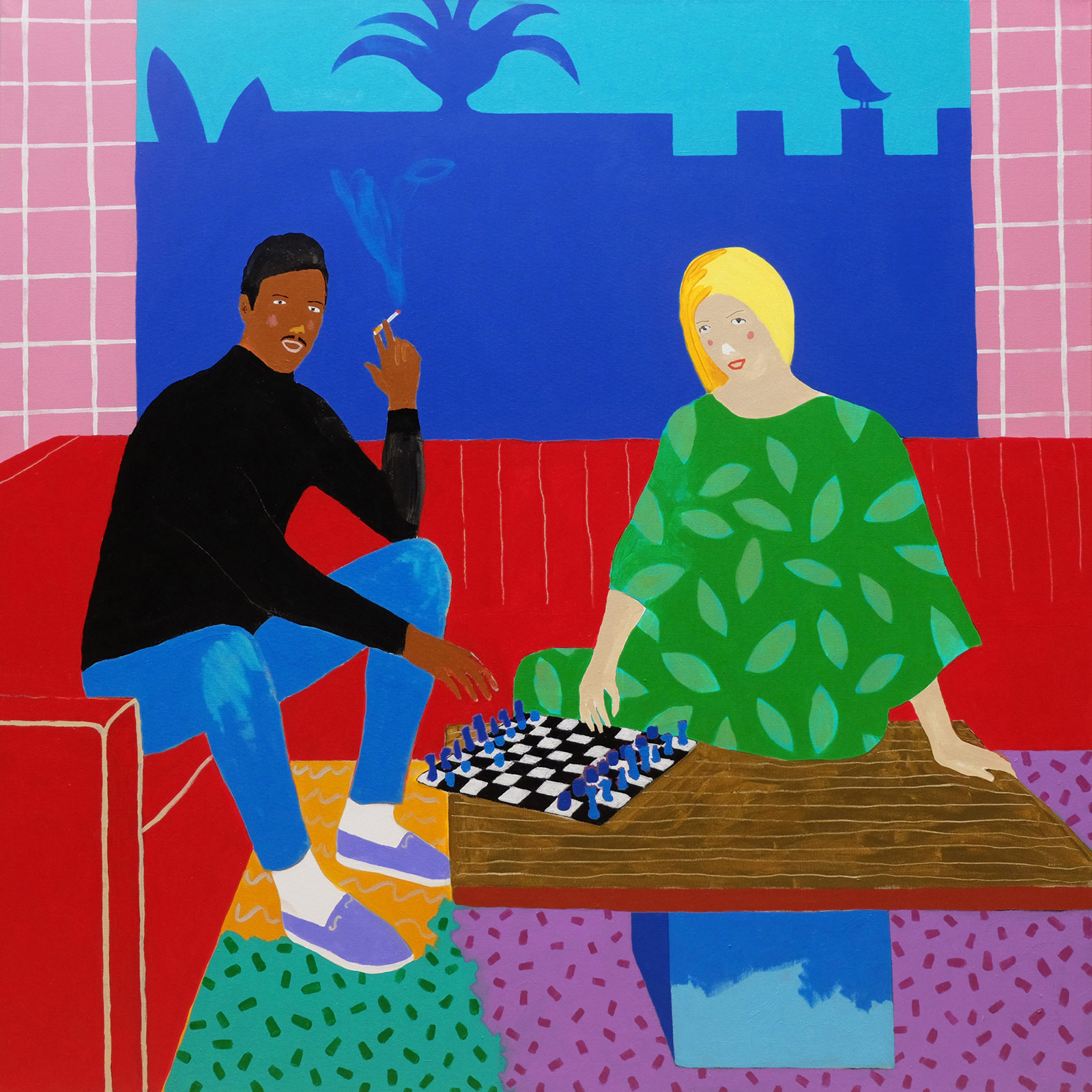 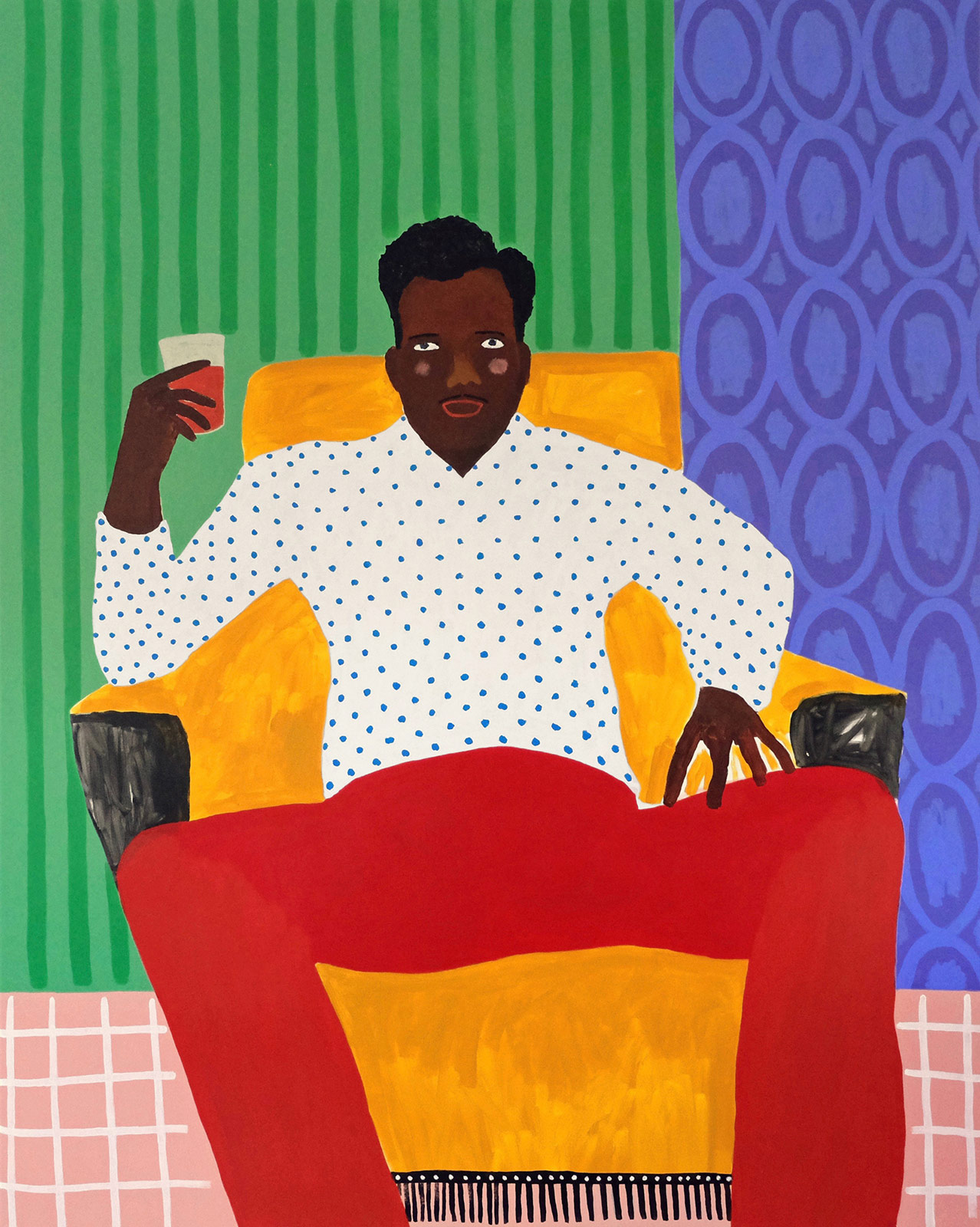 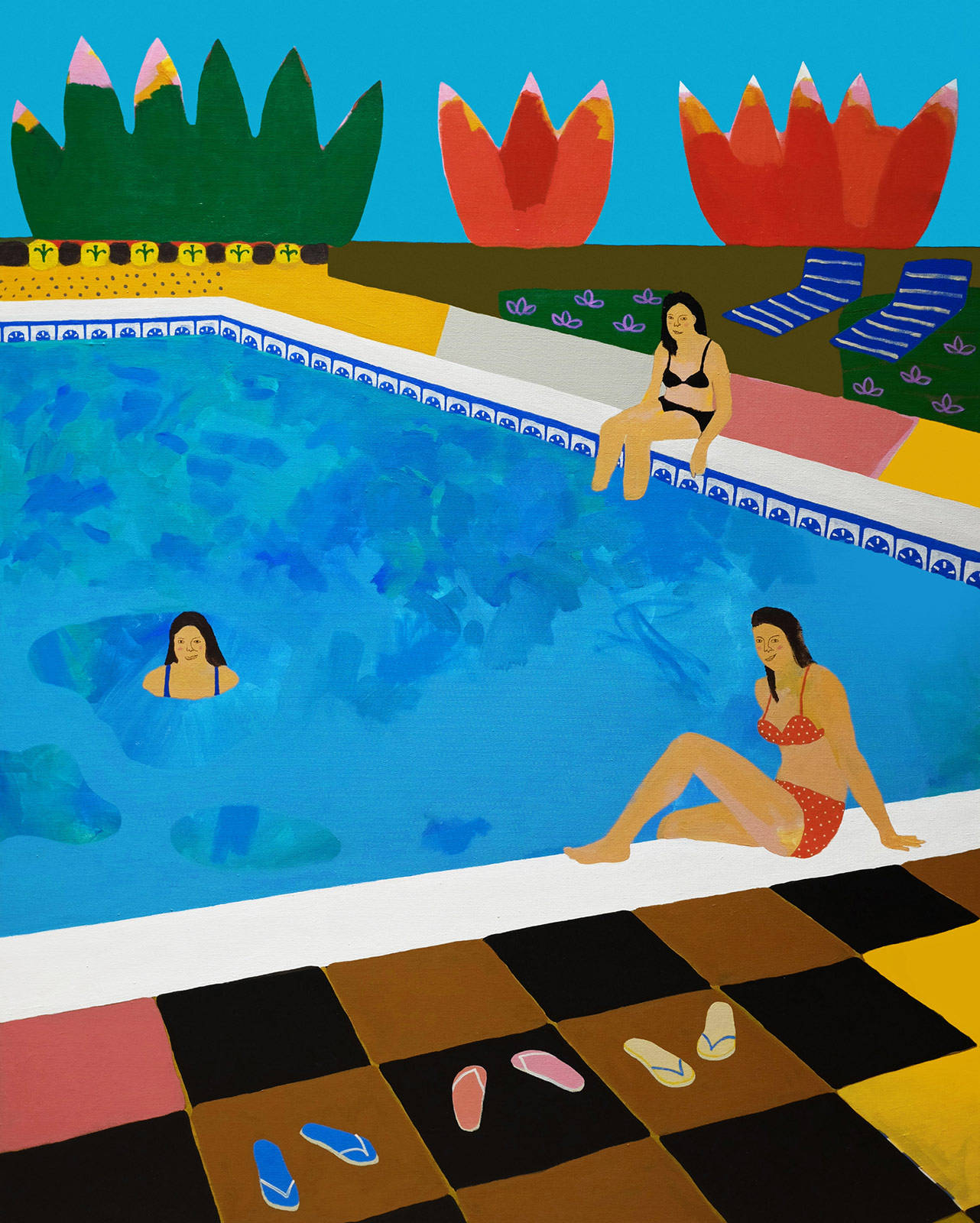 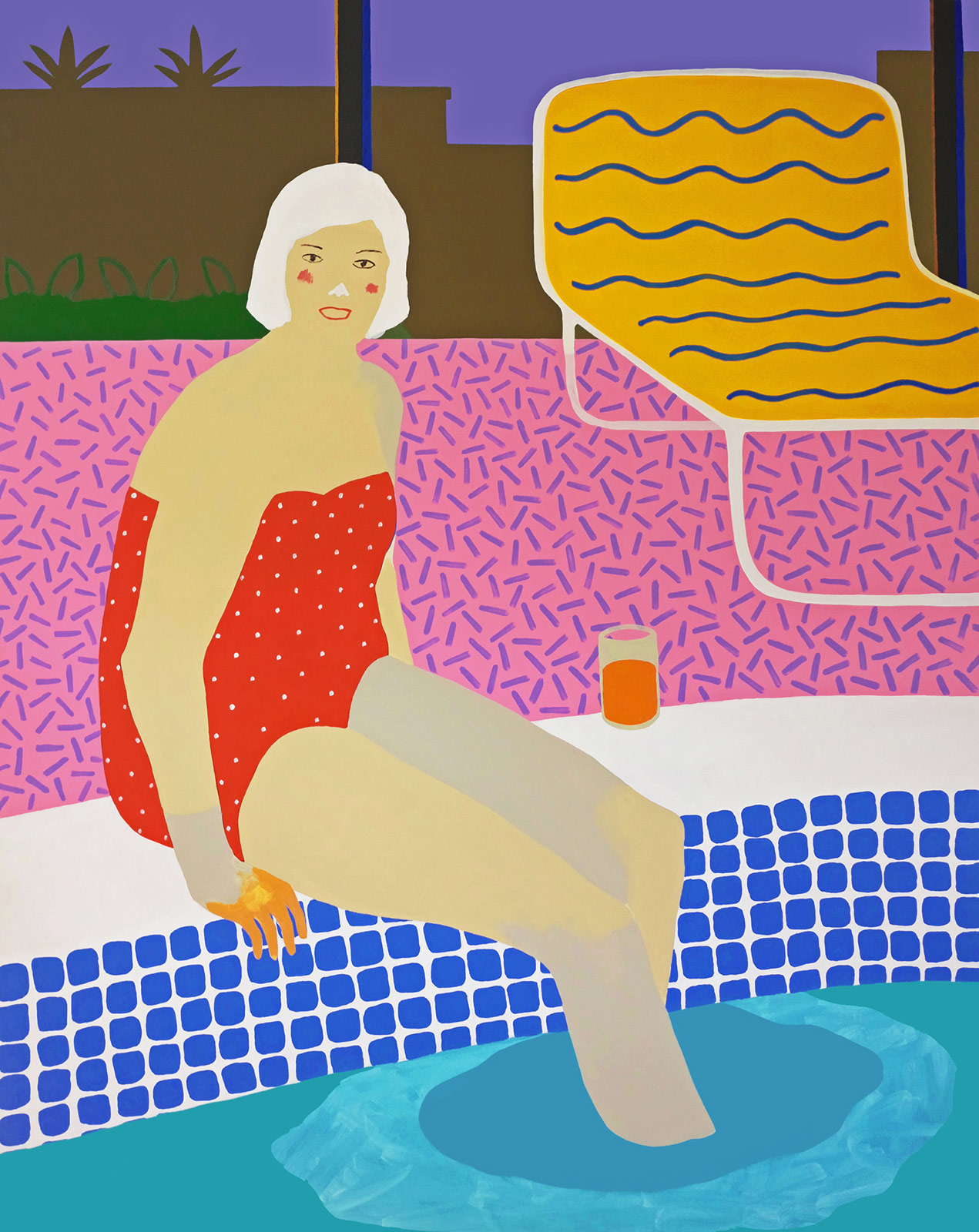 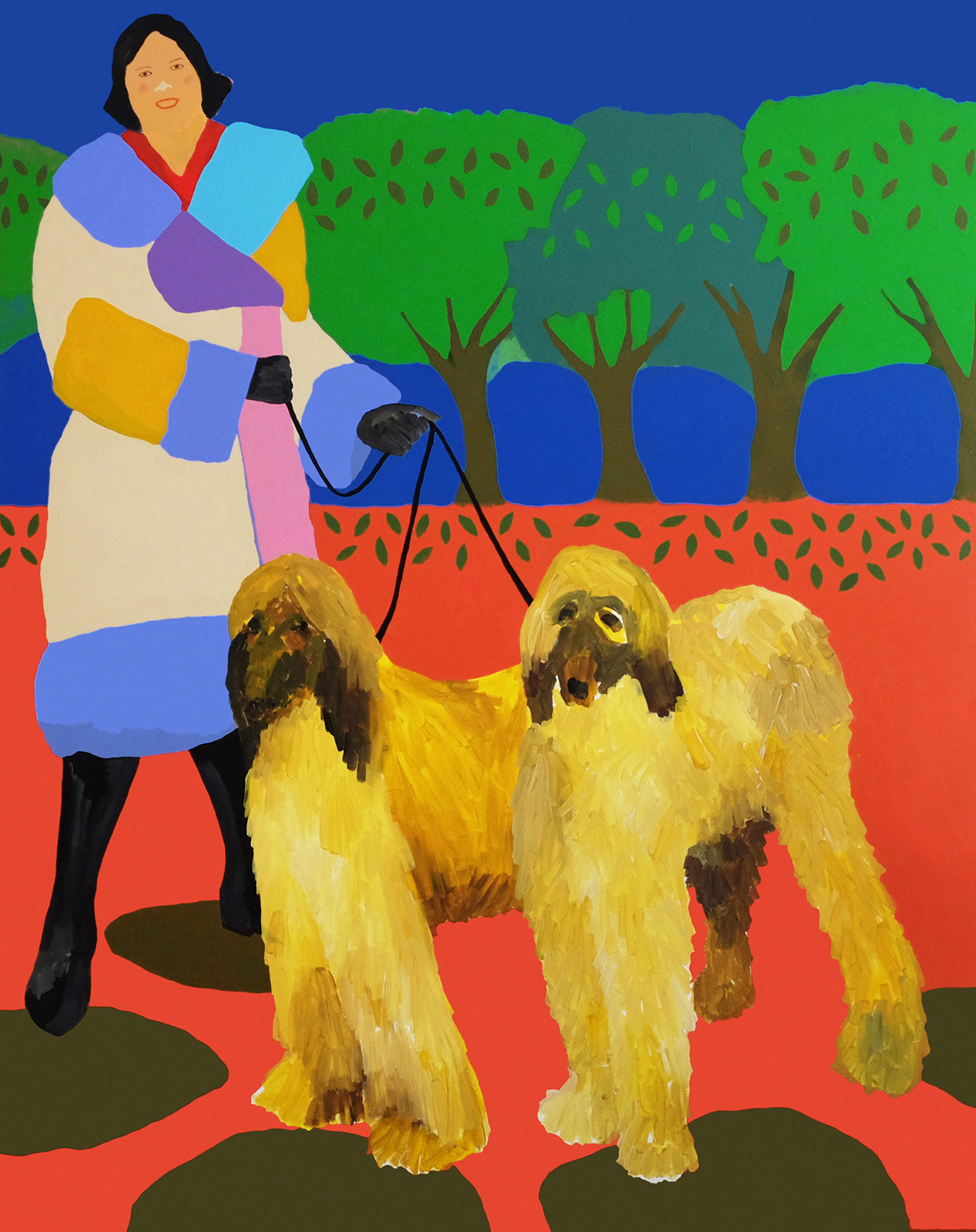 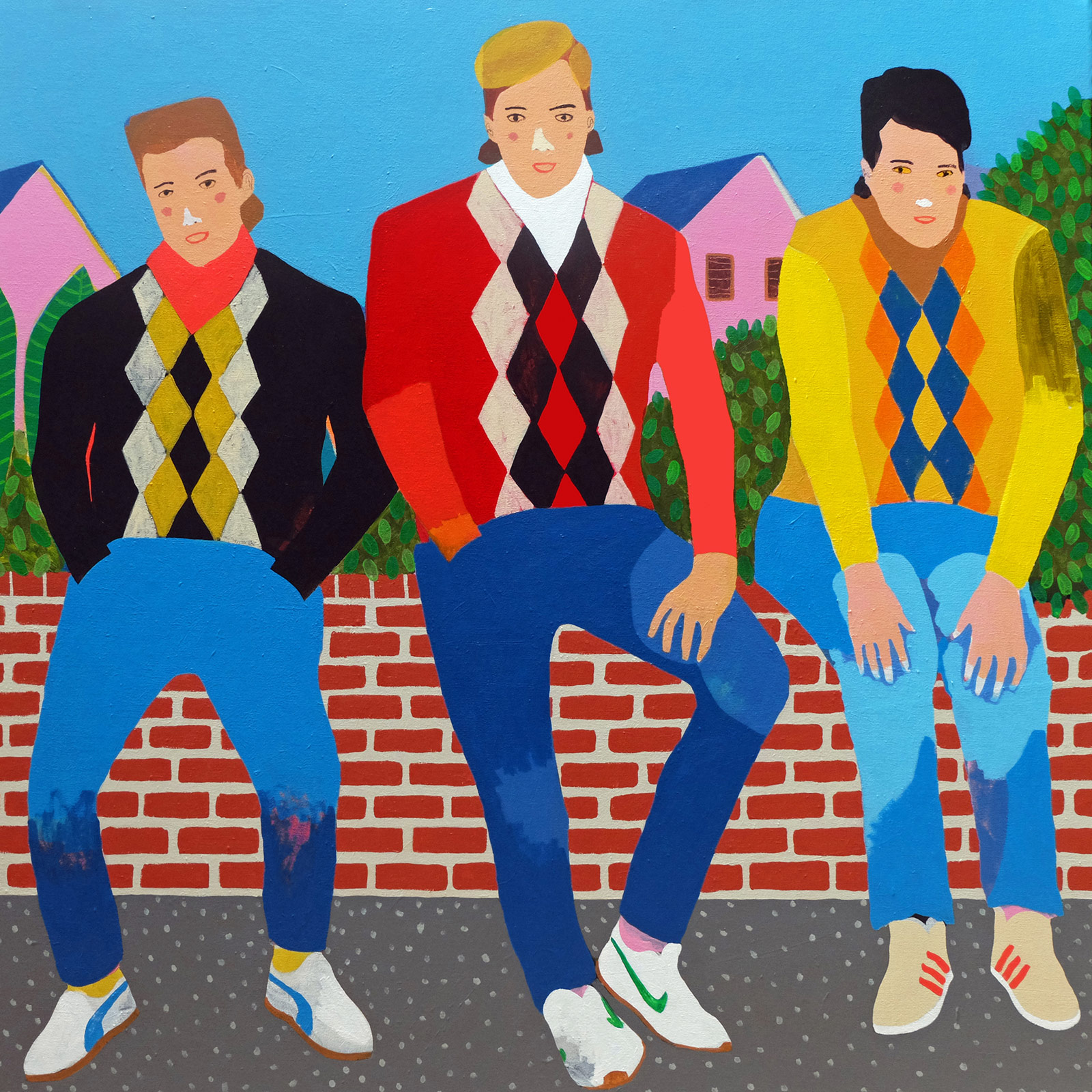 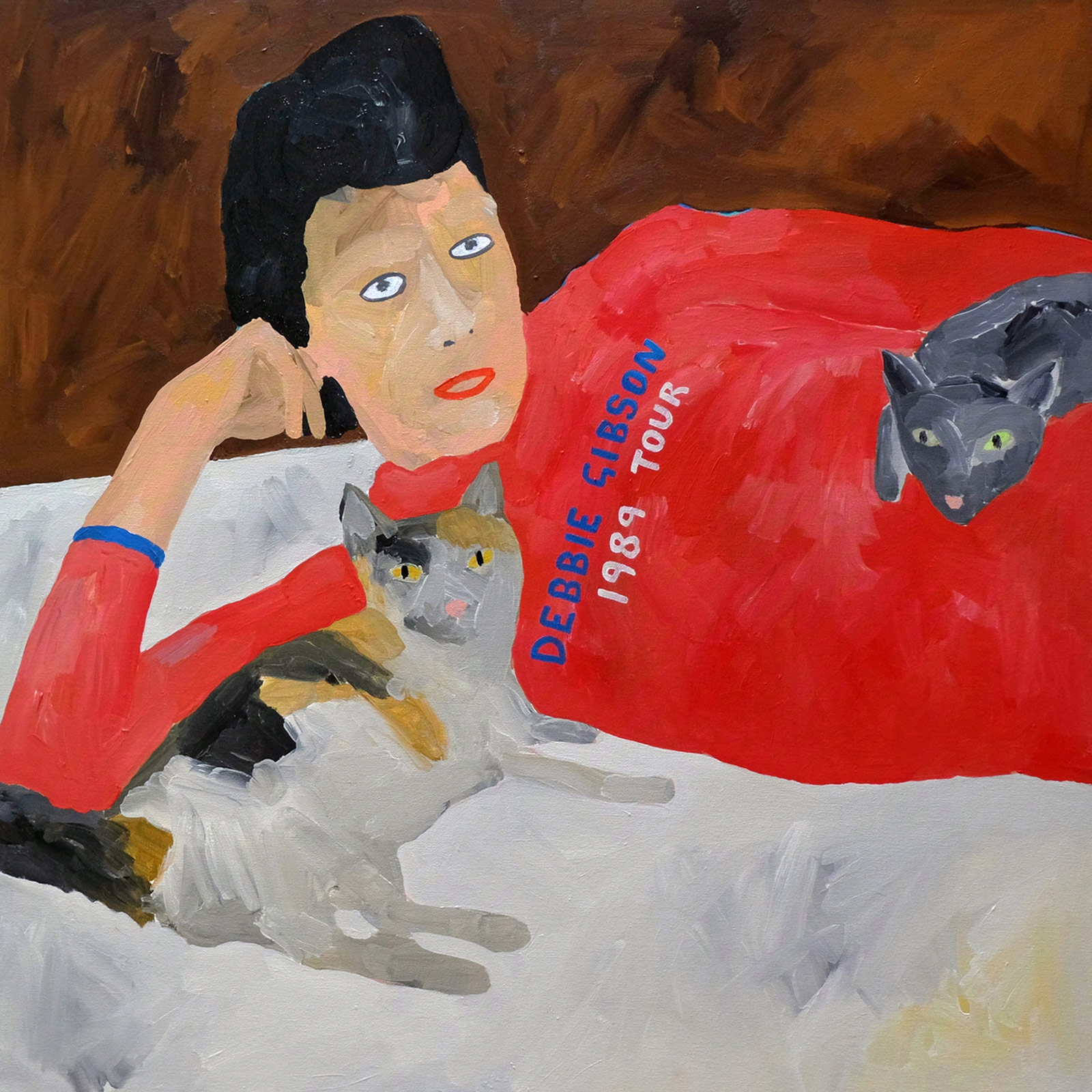 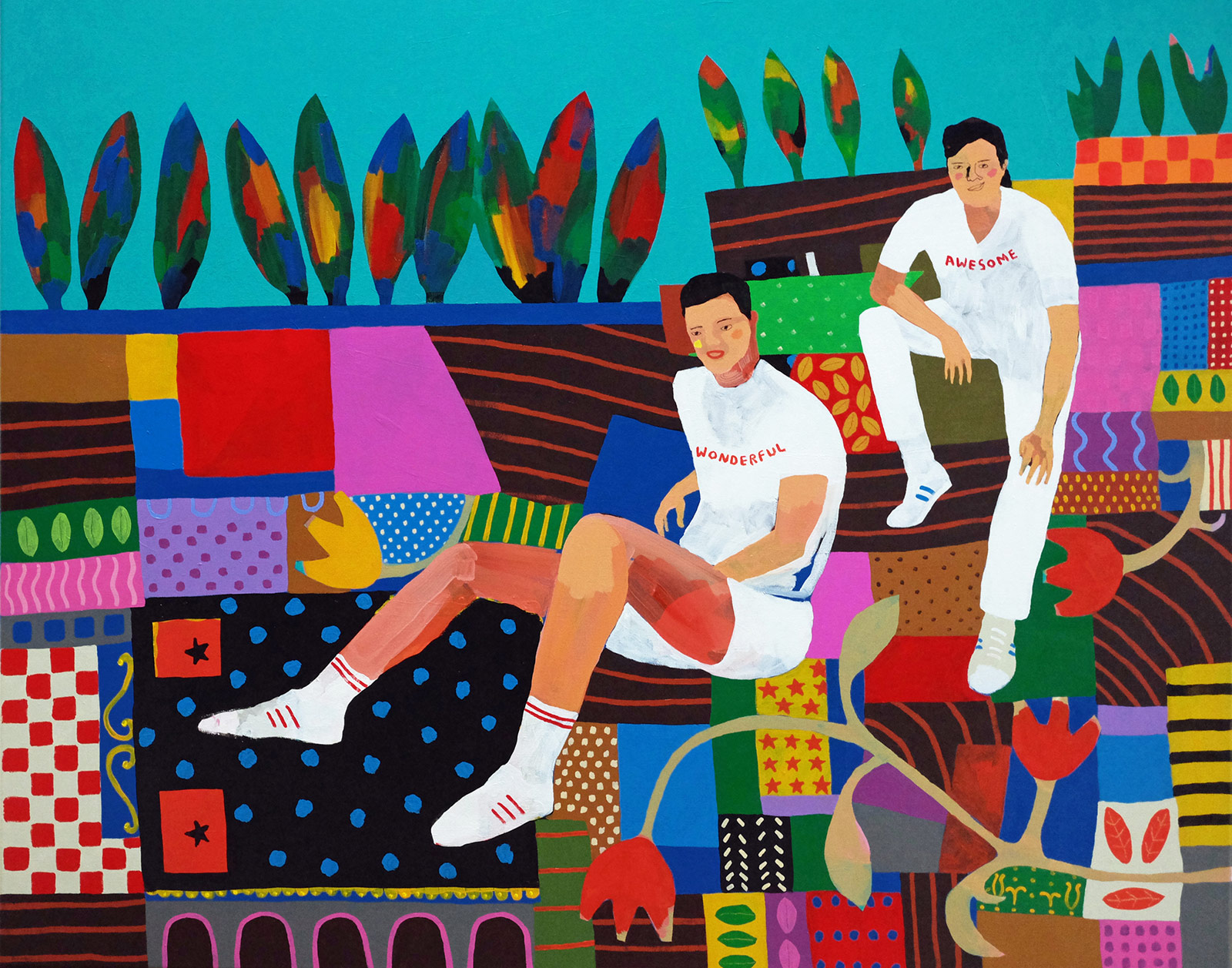