A perfect world through collage 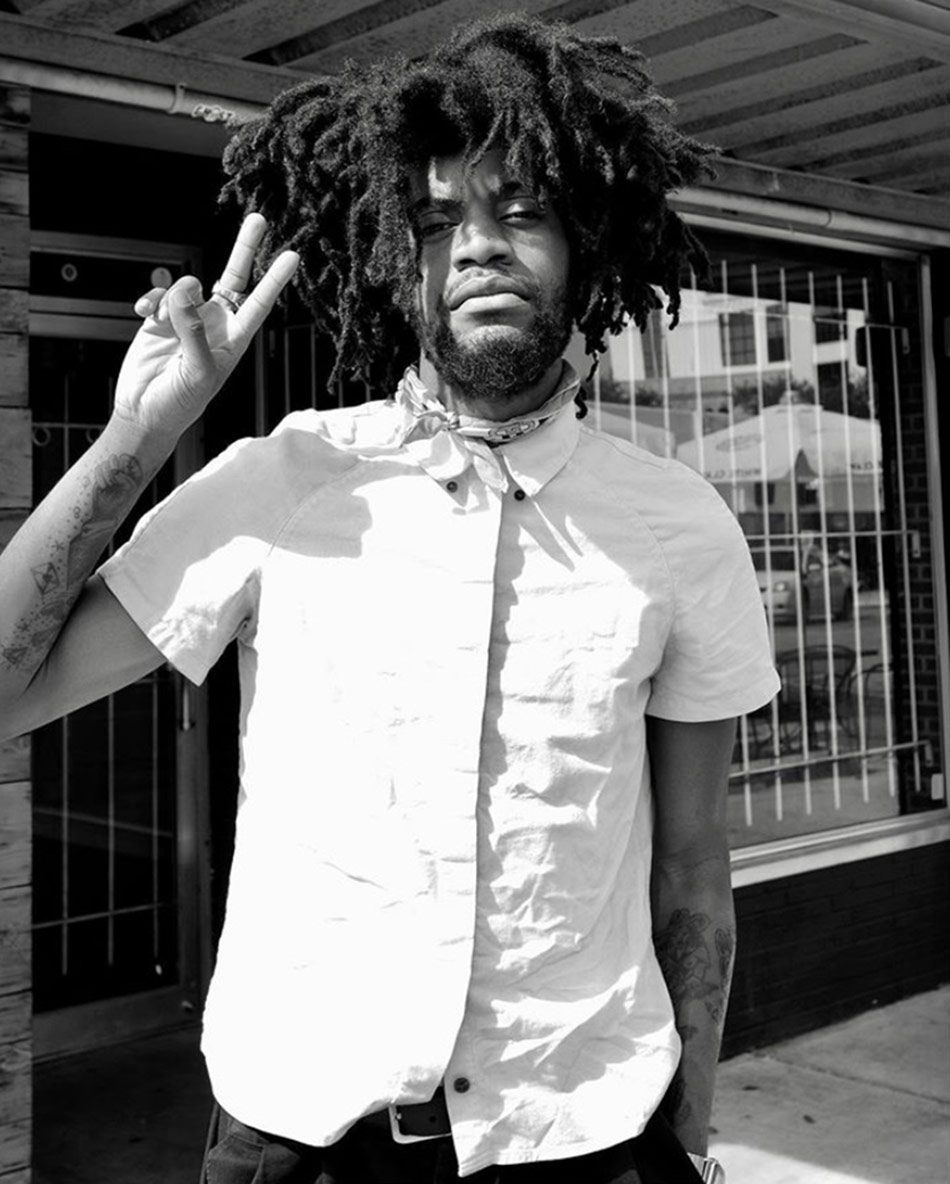 Florida artist Abstract Poet is becoming a recognizable name around the downtown scene of St. Petersburg, already a gathering place for the underground art community. His journey to self-love as a maybe once awkward and misunderstood Black kid has been a catalyst for his now ultimate essence of authenticity, which has expanded into a path of artistic innovation. Combining hip-hop and skateboarding culture, indie films, and pop culture into collages, he creates a perfect world where luxury, politics, music and cinema converge.
Abstract Poet, that’s one of the more interesting names I’ve seen. Where did it originate from?
Abstract Poet is a reference to Q-Tip The Abstract. On a song, he said: “Right on the two-inch tape the abstract poet incognito runs the cape.” And @abstractpoetincognito was too long for Instagram.
Were you at all influenced by abstract expressionism from the early 1940s and 1950s – such as the painters that came from the New York School?
No, I was not, but I will do a deep dive in the coming days. 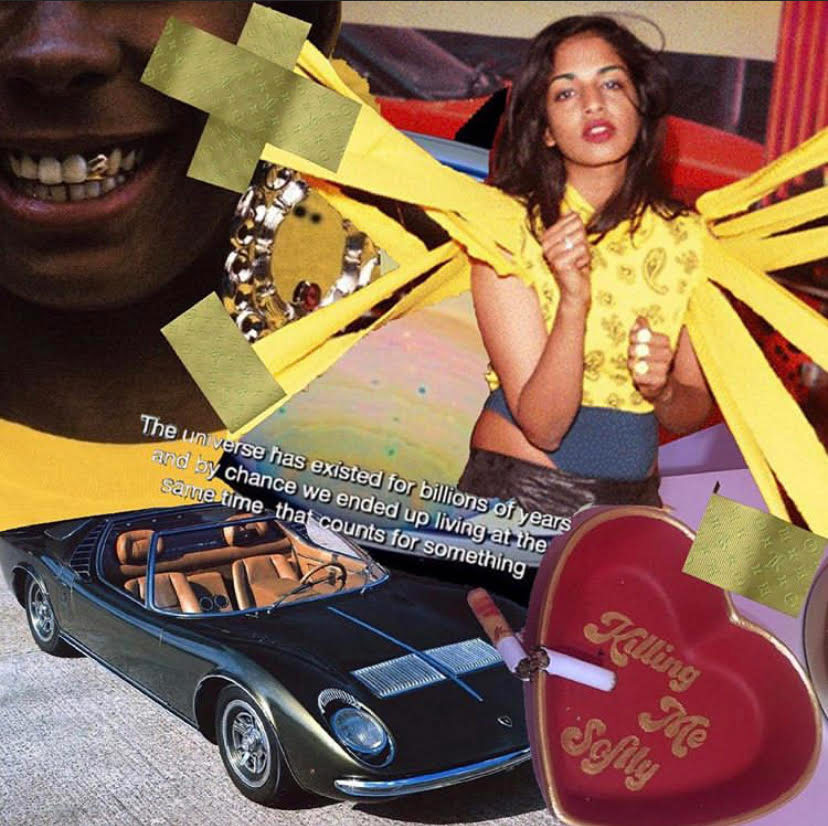 What was Abstract Poet like in high school?
I was less loving of myself, still very loving of others. I think I hadn’t come into myself just yet and I had a lot of angst and kinda just shut out anyone who could make me feel weird about being myself – be it family or friends.
How would you describe your evolution as an artist? What were some of the most profound moments in your life that you recall as being the pillars for your creative journey?
I think life is suffering, and my artwork is the filter; everything I’ve experienced such as Blackness, creativity and having a catalyst complex are all things that come from a life of taking in information. Now I am putting those things back into the world. They were nutrients in the soil to the tree that is my existence.
Music is often featured in your work, along with BMW models from the 1980s, luxury brand logos and pieces, among others. Talk to us about what inspires you.
Everyday life. I think at one point, likely due to being misunderstood, I wanted my mind to be like an amusement park so the kids who didn’t quite understand could visit and just get it. My work is what is going on in my consciousness creating the perfect day. Essentially, those BMWs represent my journey through my own world, which I have been building in my mind – perfect car, perfect clothes, perfect sounds playing, and perfect company around you. 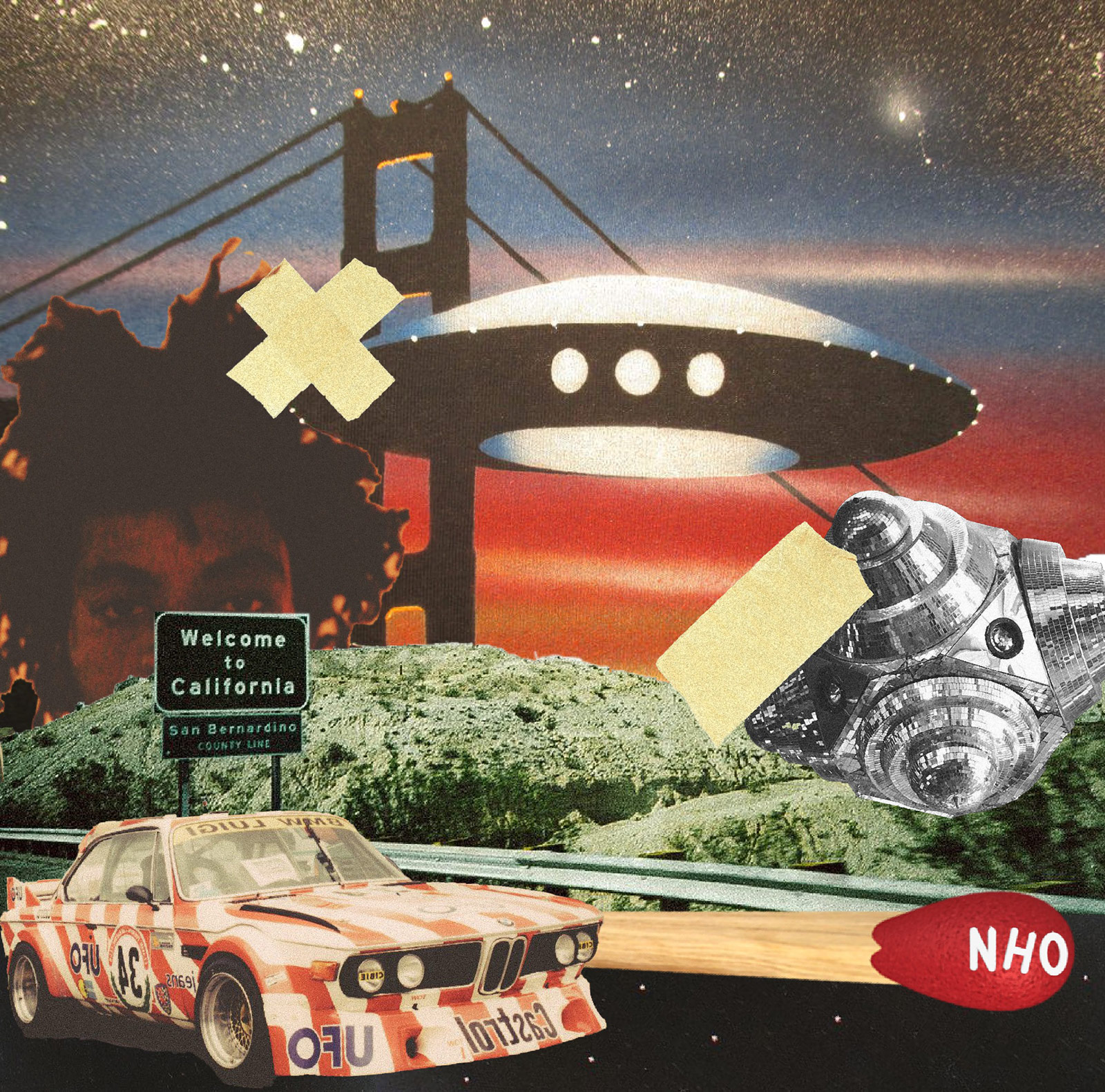 Hip-hop and skateboard culture is often taken by others who then use it for its aesthetic appeal. The term director and actor Jonah Hill used when discussing his movie Mid90s is “culture vulture.” What’s your personal opinion about the commoditization of hip-hop and skateboard culture?
As a skateboarder and hip-hop lover, I agree wholeheartedly that skateboarding as an extension of hip-hop has often been preyed upon. The people who make streetwear, rap music, etc. don’t always have the resources to produce their dreams, and that intellectual property, which is worth more than anything that can fit in a pocket, is easily manipulated away from the community. People with more resources steal ideas from these kids, including myself. It is a cycle; it’s insane.
I noticed you included a scene from the 2002 Brazilian movie City of God in one of your collages. What movies had you daydreaming for months and feeling inspired? How much of an impact did movies have on you as a young artist?
There was a time where I did a whole lot of daydreaming and was much less present. Movies like City of God and Do the Right Thing were great for me in my youth when I wanted something cute to watch to see what I’d do if I ever got to take a girl on a date.
Narcotics Half Off, or more known as NHO, is tagged in almost – if not each – of your artworks. What is the background story?
NHO is the brainchild; NHO is a lot of things. It is a time capsule of the coming years. I think my peers and I are going to not go against the grain but create the grains of the future. Immediately speaking, NHO is as follows Jevon Mitchell, my right hand. The dude is a genius mastermind like on some RZA tip. 3104 Mic and Jacob Archer; these three were my closest friends, and we started a lifestyle company together. The name was inspired by a joke on my friend Camille’s Tumblr. 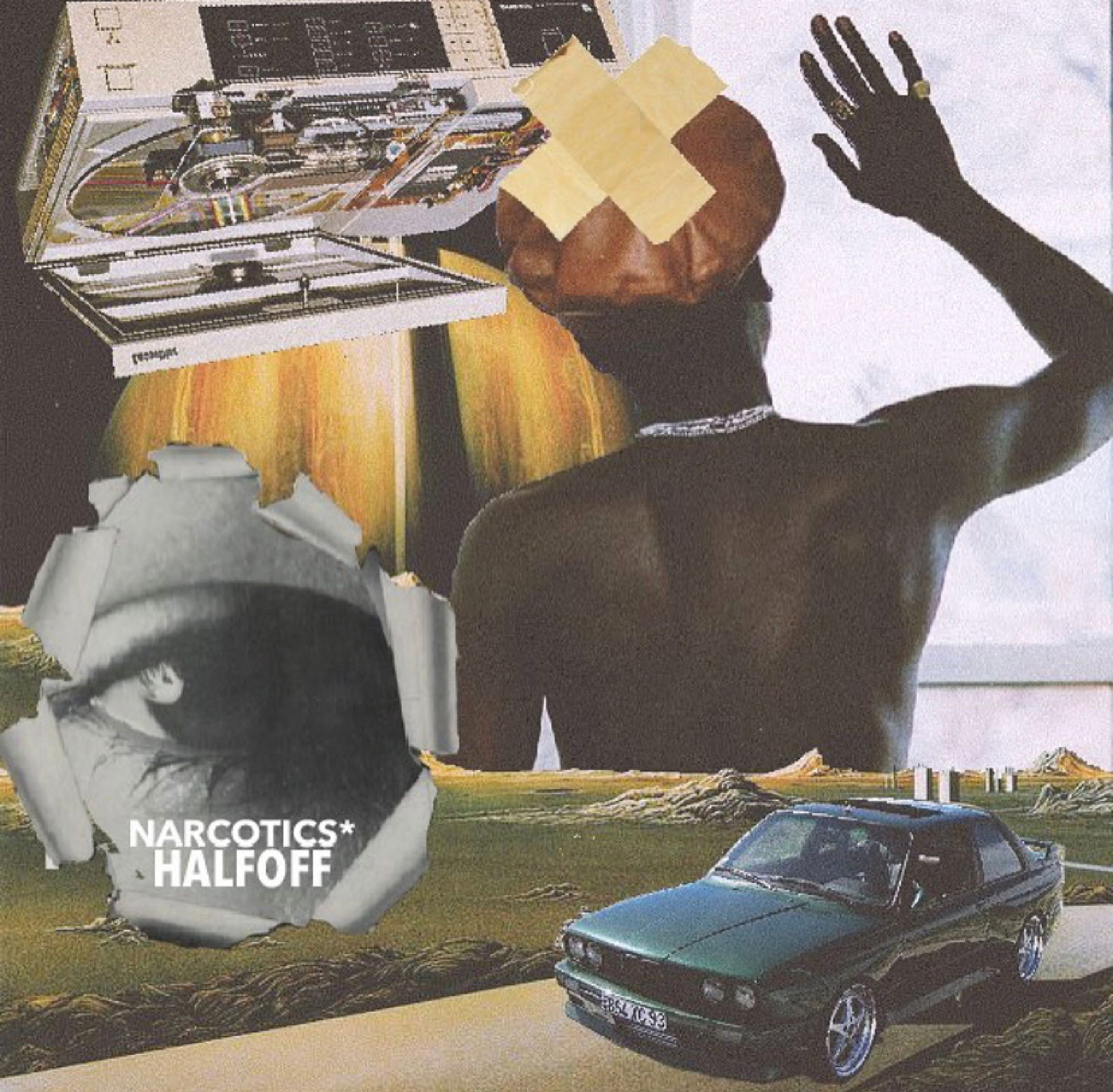 Rather it’s slow or more upbeat. Every artwork has its own tempo that aids in its execution. But this might not always translate to the viewer. For example, someone looking at Willem de Kooning’s Woman I may think the artist completed the piece quite fast with sporadic movements. When in reality, de Kooning meticulously placed layer upon layer on top of his canvas, taking two years to complete the painting. Are you cognitive/conscious of how your artistic process will be received by your audience? Is this even an important attribute to you when creating a piece?
It’s like I’m picking the brain of the viewer; I almost do it just to see how people will react to what I’m putting out there – be it joy, pain or sadness. Maybe they’re healed, so I think it’s more of me using visuals to speak with my art instead of words.
You are currently located in St. Petersburg, FL and have been very active during the BLM protests happening in the South. What is the relationship between you as an artist and you as an activist?
As a Black man, I have no choice but to be active as it is a life or death matter. Like James Baldwin said, it took his father’s time and his father’s father’s time, so I am not even an activist. Growing up a Black man, it was instilled in me to care about my community because in short, no one will do it for us. As an artist, I create based on what is happening. If life is happy my art is happy; if life is sad, it is sad.

“…it comes at a great shock at the age of five or six or seven, to discover the flag to which you have pledged allegiance along with everybody else, has not pledged allegiance to you. It comes as a great shock to discover that Gary Cooper killing off the Indians when you were rooting for Gary Cooper, that the Indians were you. It comes at a great shock to discover that the country which is your birthplace and to which you owe your life and your identity has not in its whole system of reality evolved any place for you.” A statement taken from James Baldwin during a 1965 Cambridge University debate. Now I ask you as a BLM activist, is the American Dream at the expense of what he called ‘the American Negro’?
Where do you see yourself and your work in ten years from now?
In ten years, I see myself having learned how to balance my career and personal life, having more love in my heart and finding a new challenge by that time. NHO will have done a great deal of work over the decade inspiring men, women and children to reach to their highest selves. 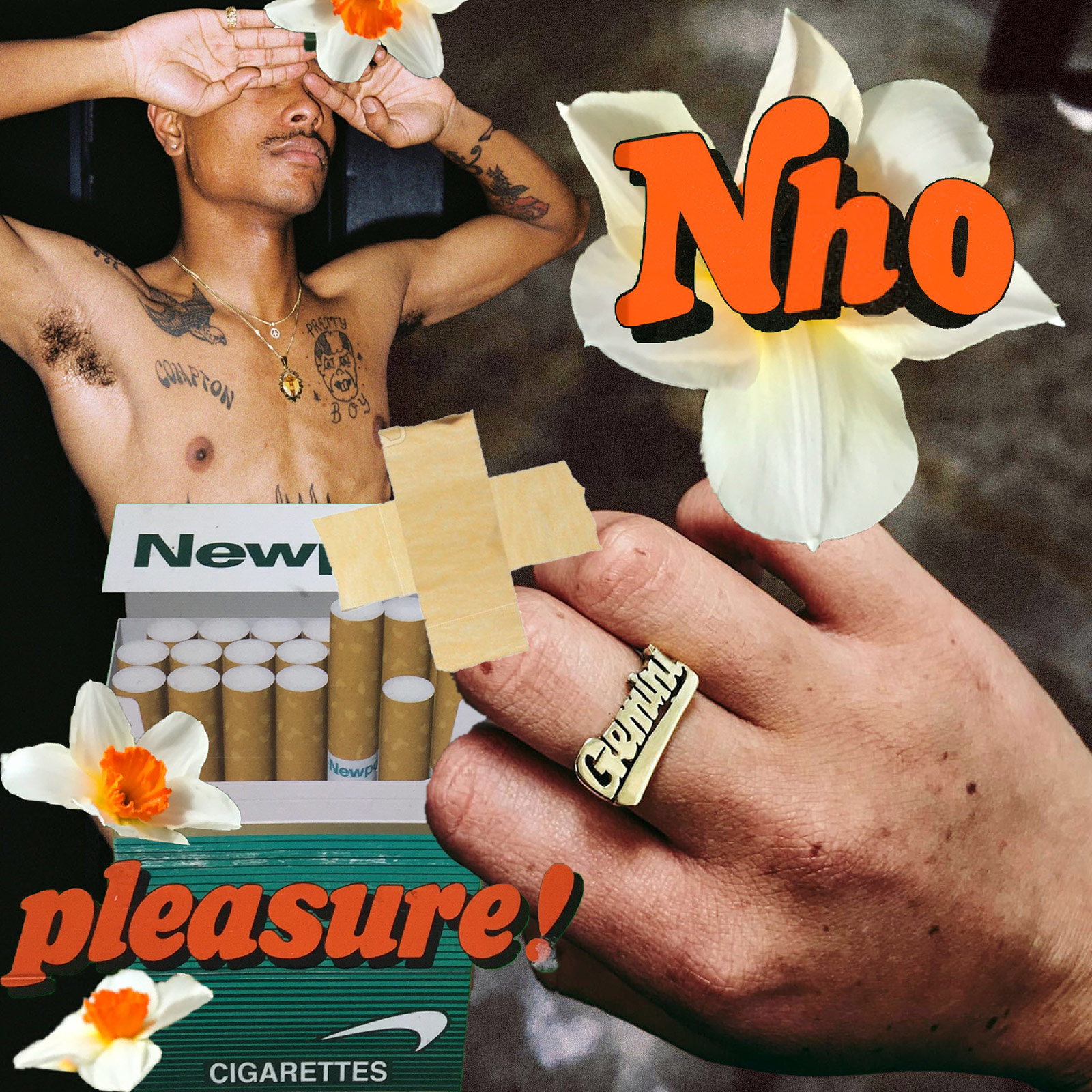 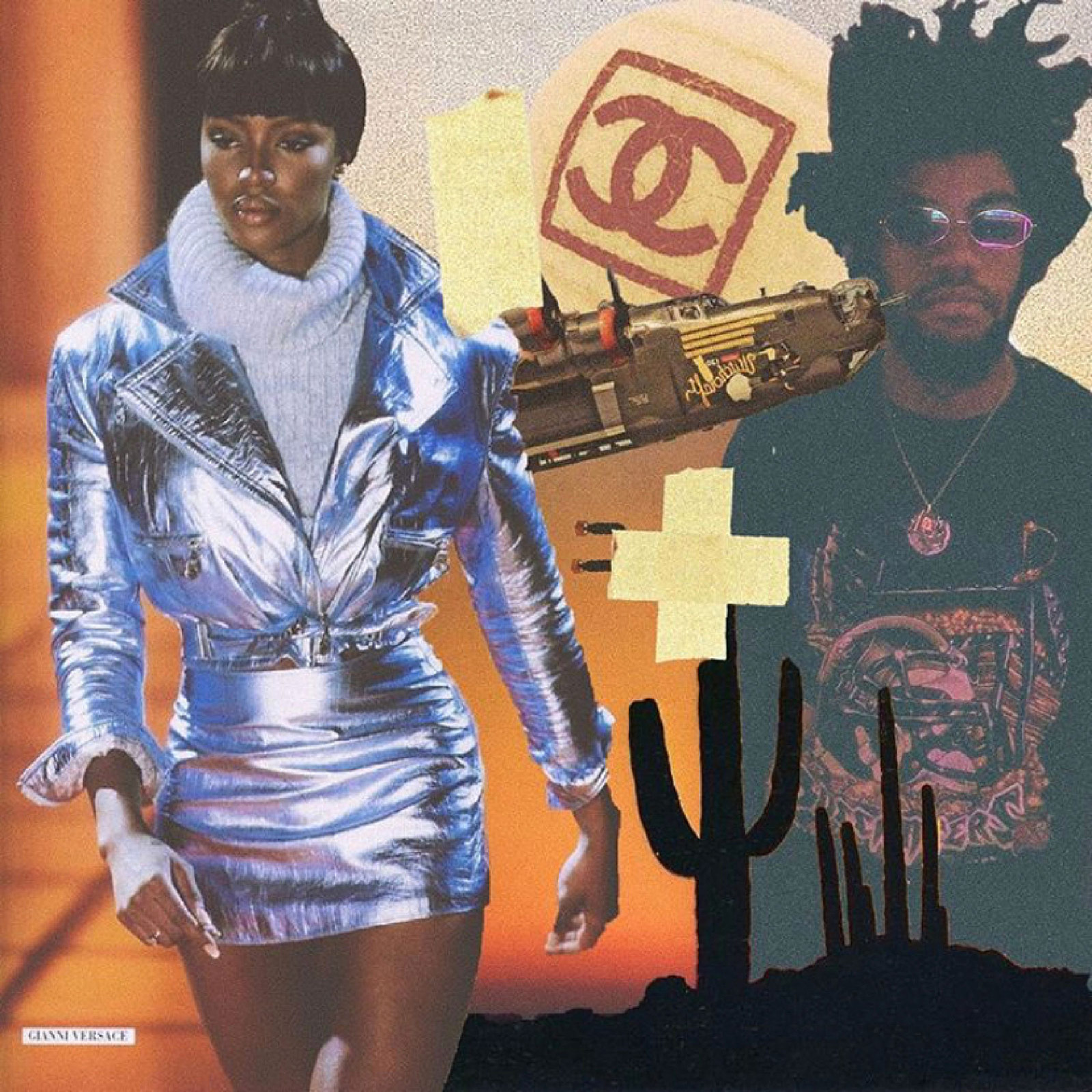 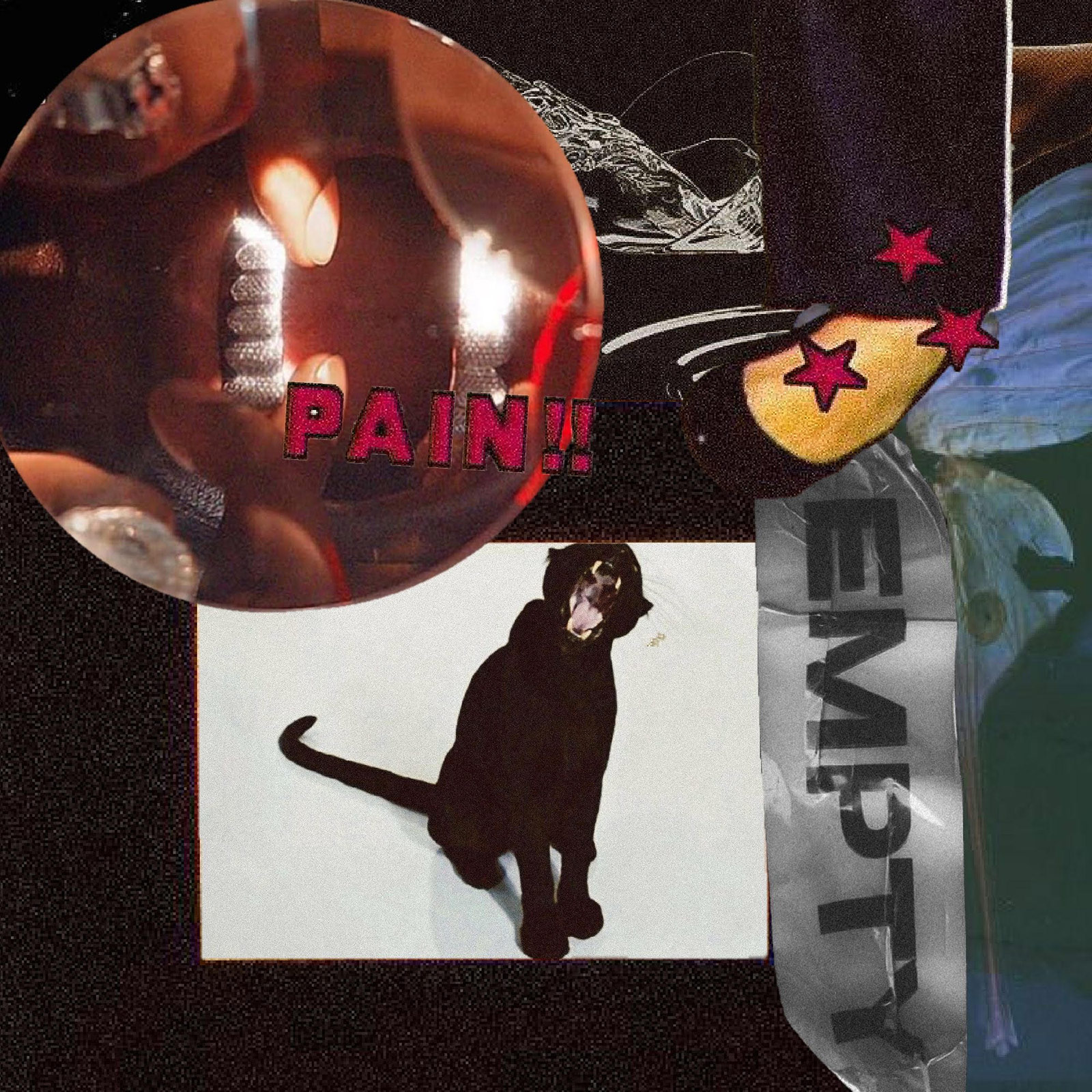 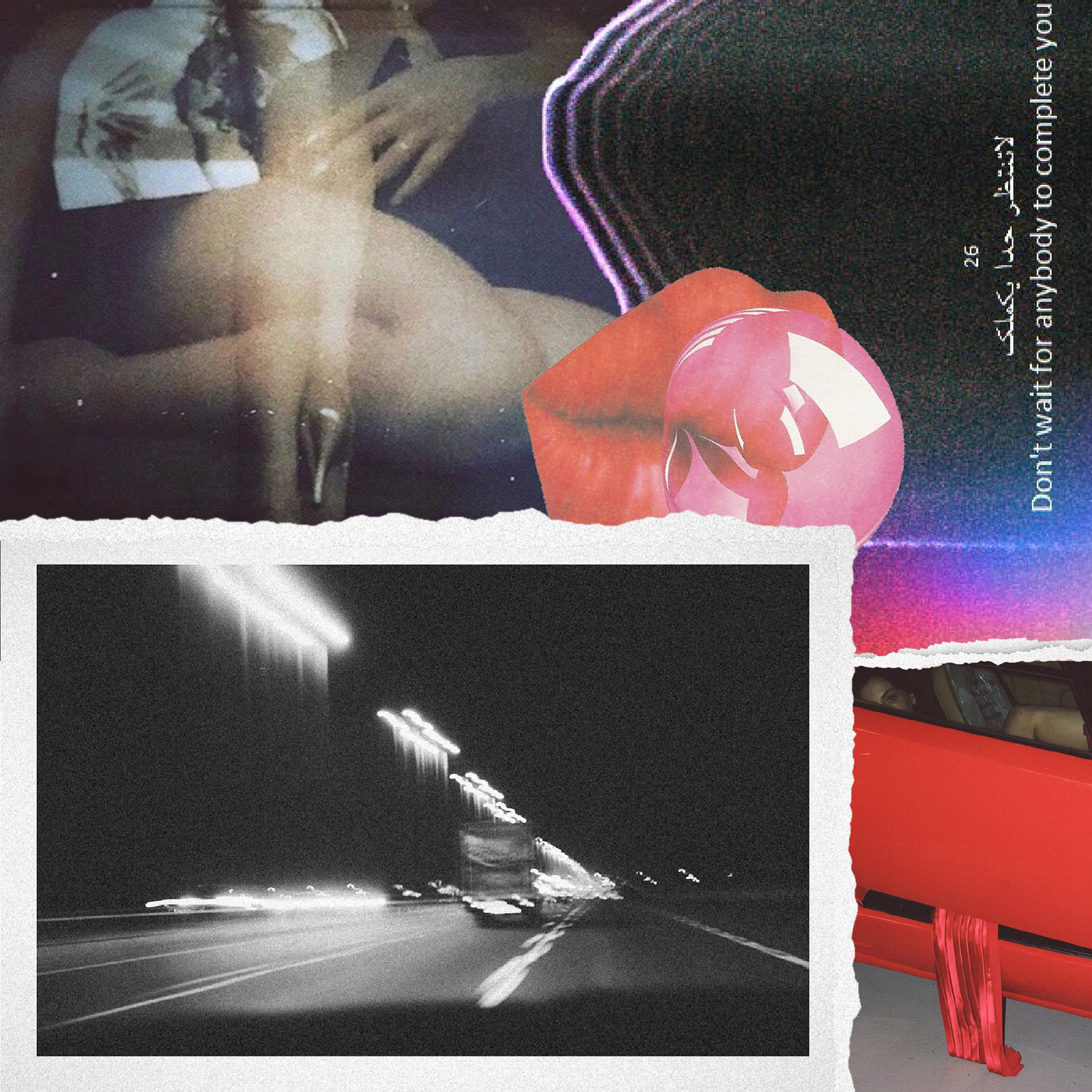 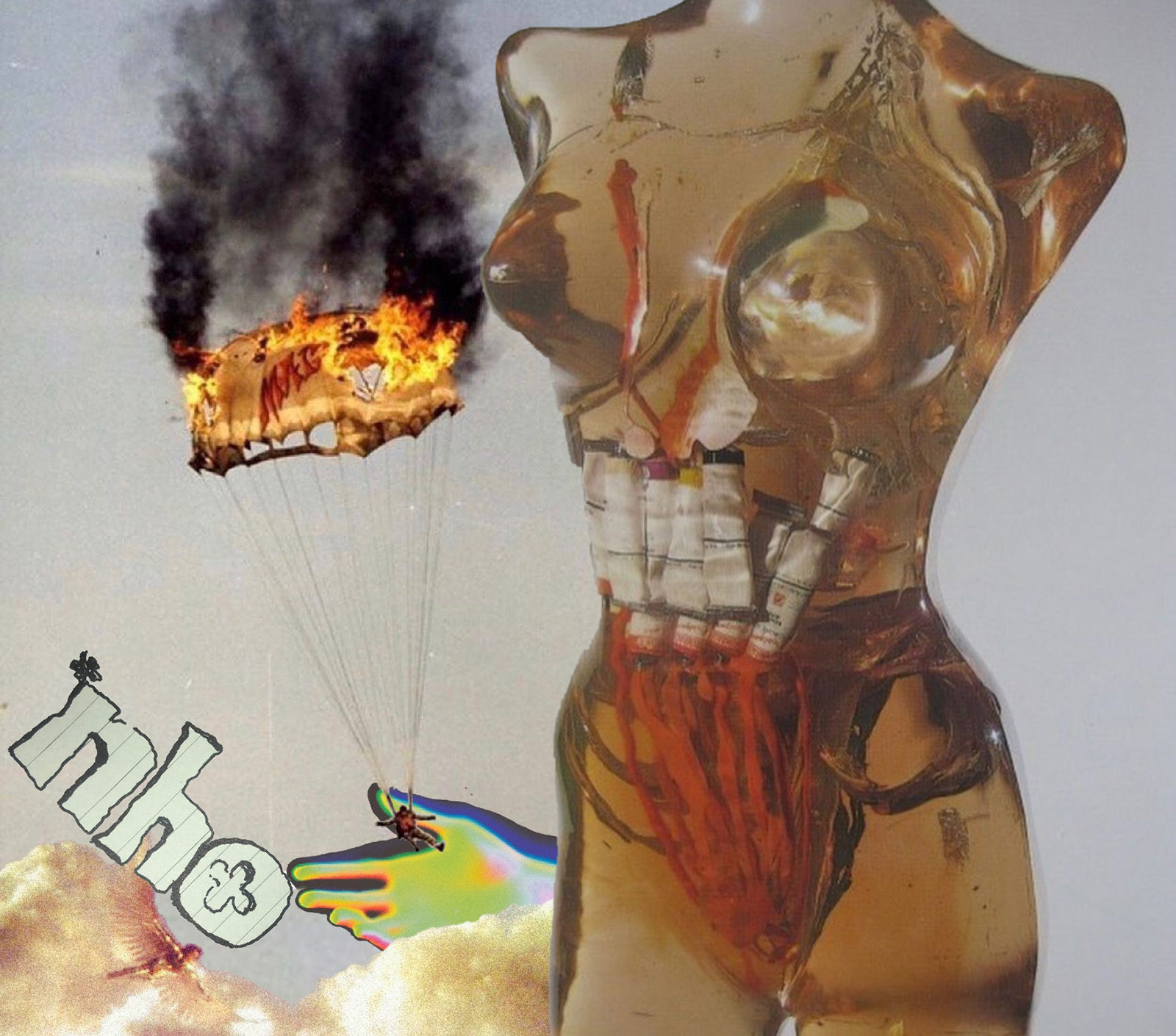 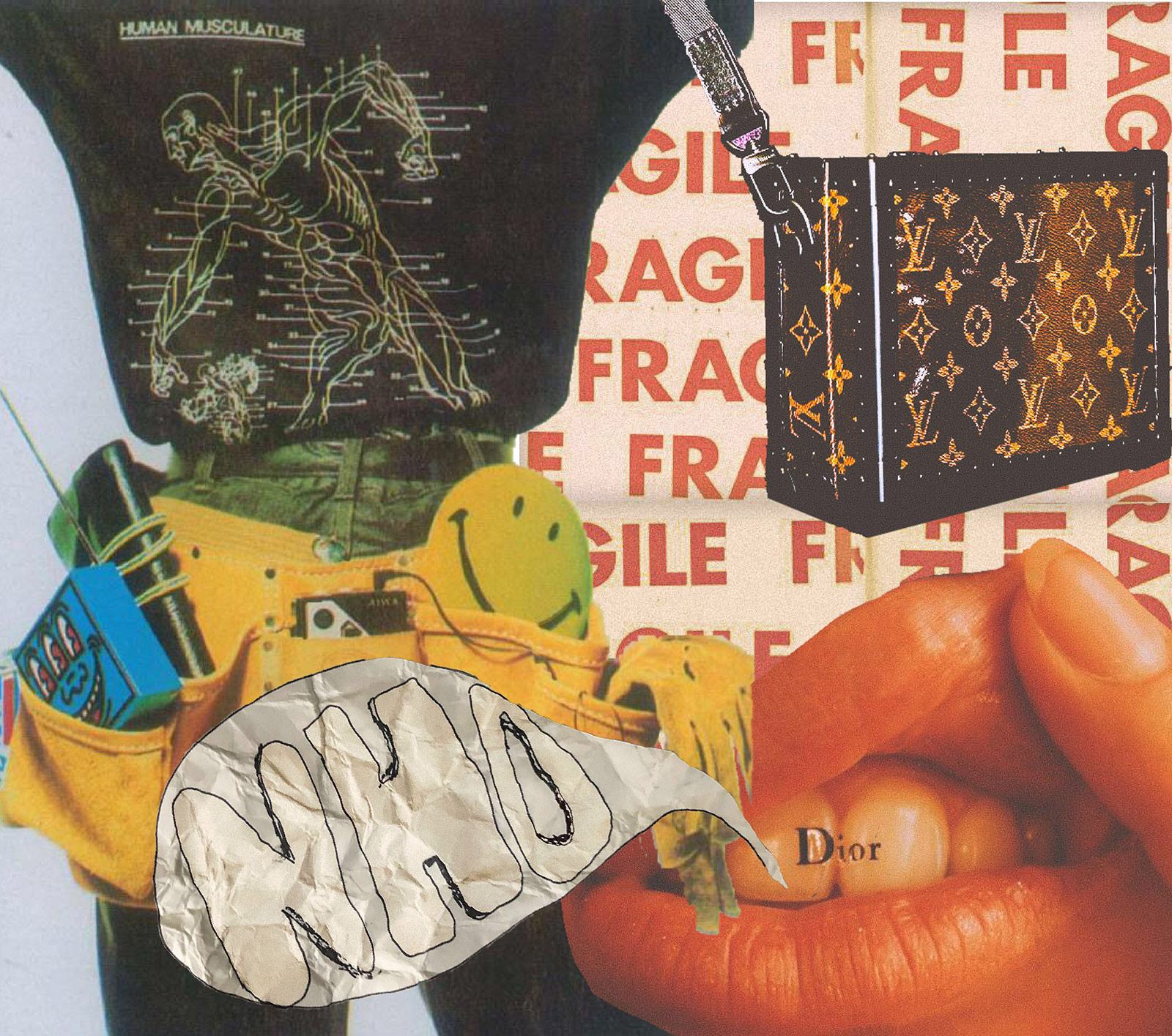 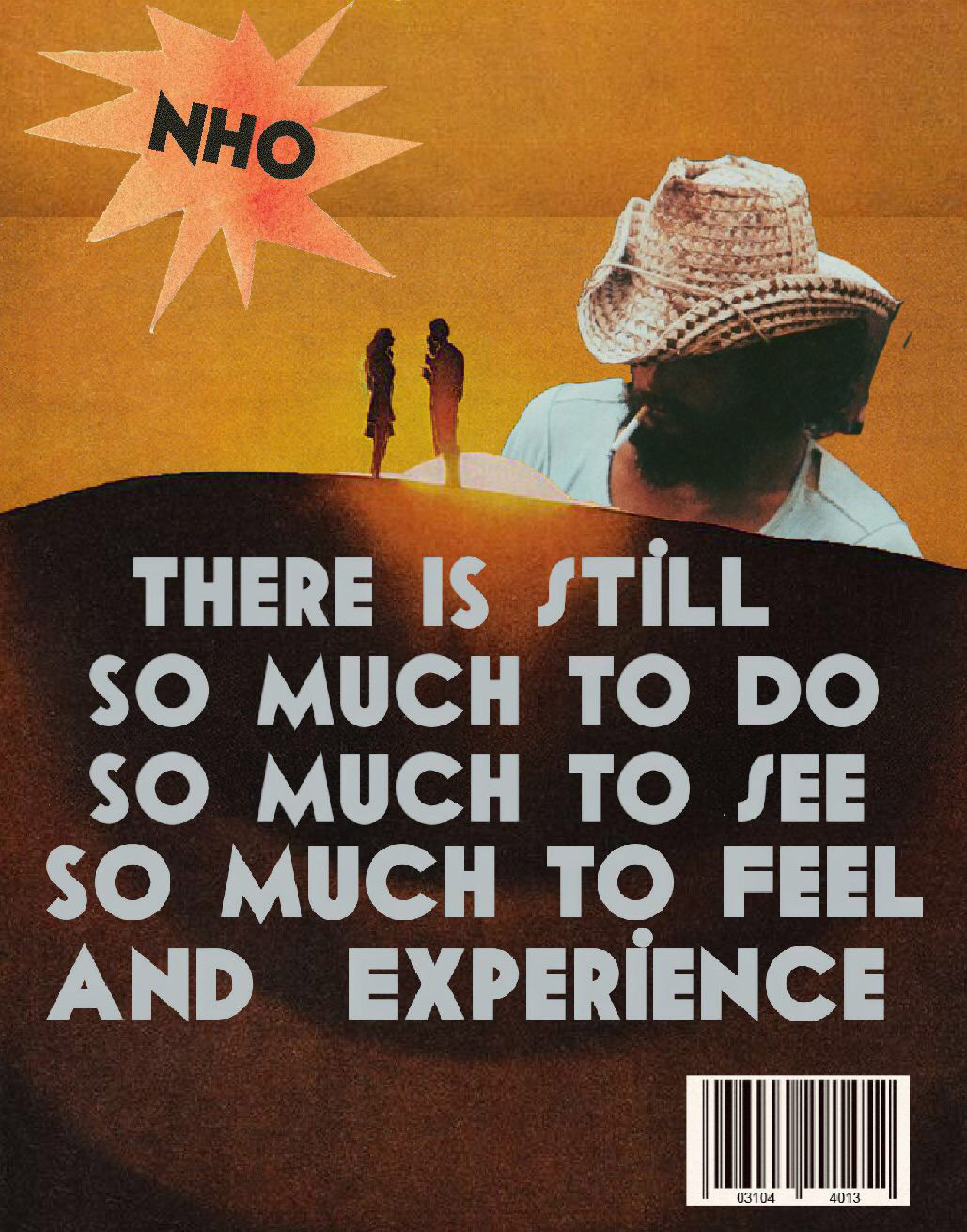