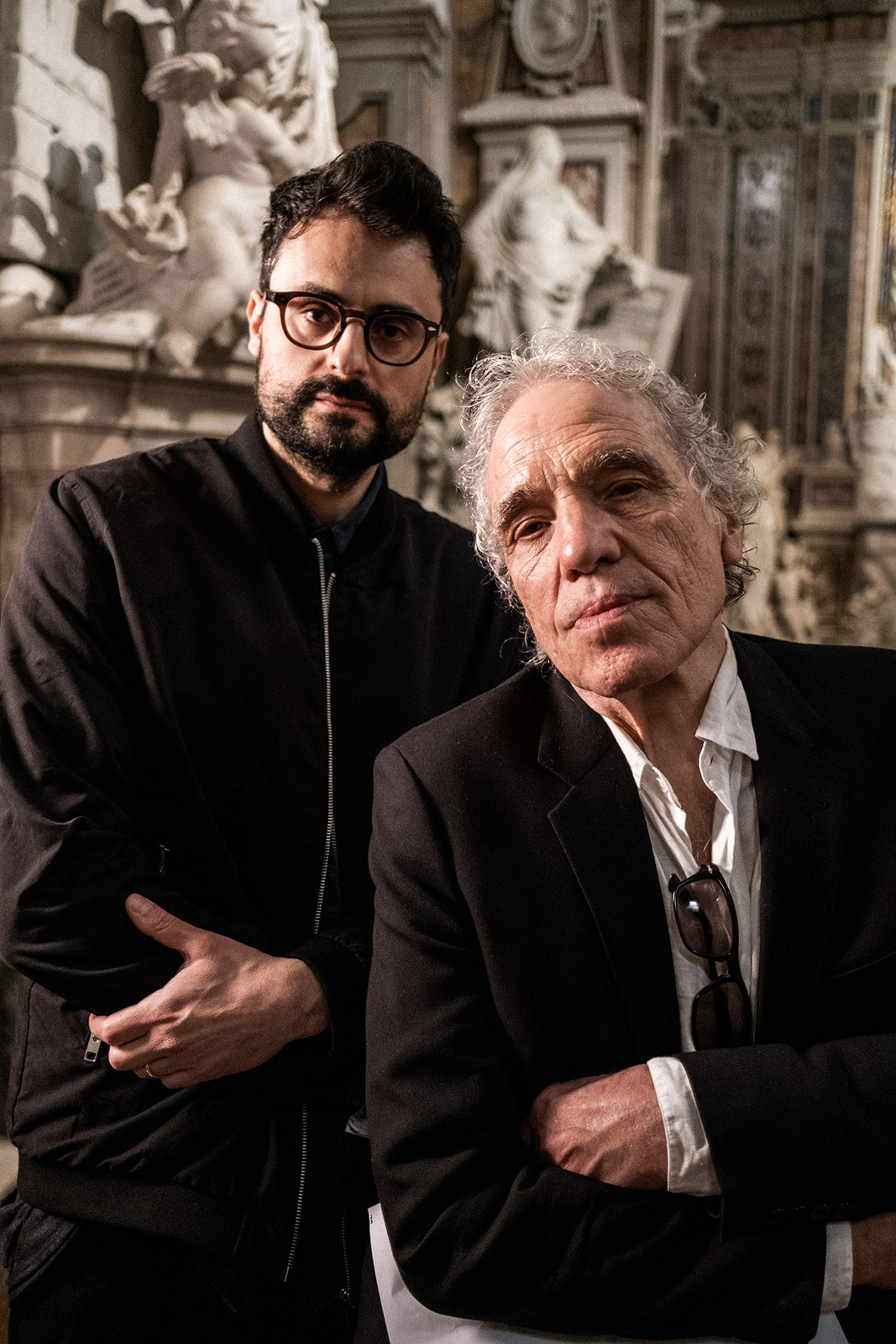 On Tuesday, May 11 at the Museo Cappella Sansevero in Naples, the long-time independent filmmaker and actor Abel Ferrara read some poems inspired by The Veiled Christ written by the Italian poet Gabriele Tinti. We took this opportunity to have a chat between both the director and the poet about this collaboration, as well as their childhoods and the impact of their work on each other.
The event commemorated the prodigious work by Neapolitan sculptor Giuseppe Sanmartino which depicts a full-size dead Christ covered by a transparent shroud that highlights the wounds of martyrdom. He is alone, and the mourning figures usually included in traditional pictorial and statuary groups are missing. Abel Ferrara – a director and actor known for his stories of redemption, Christian questioning and inner turmoil – has given voice to the mourners through Tinti’s poetry, trying to respond to the work. To write his own words, the poet was inspired by the mourners and funeral lamentations that took on, since ancient times, the performative and theatrical dimension of sacred representations and ceremonies.

The project is part of Tinti’s reading series focused on the ancient masterpieces which are already hosted with live readings that, over recent years, some actors known to the general public, like Malcolm McDowell, Abel Ferrara, Marton Csokas, Joe Mantegna, Robert Davi, Burt Young and Franco Nero have made before the most important works of ancient art that inspired the author. The readings have been given at the Metropolitan of New York, the J. Paul Getty Museum and the LACMA in Los Angeles, the British Museum in London and many more. 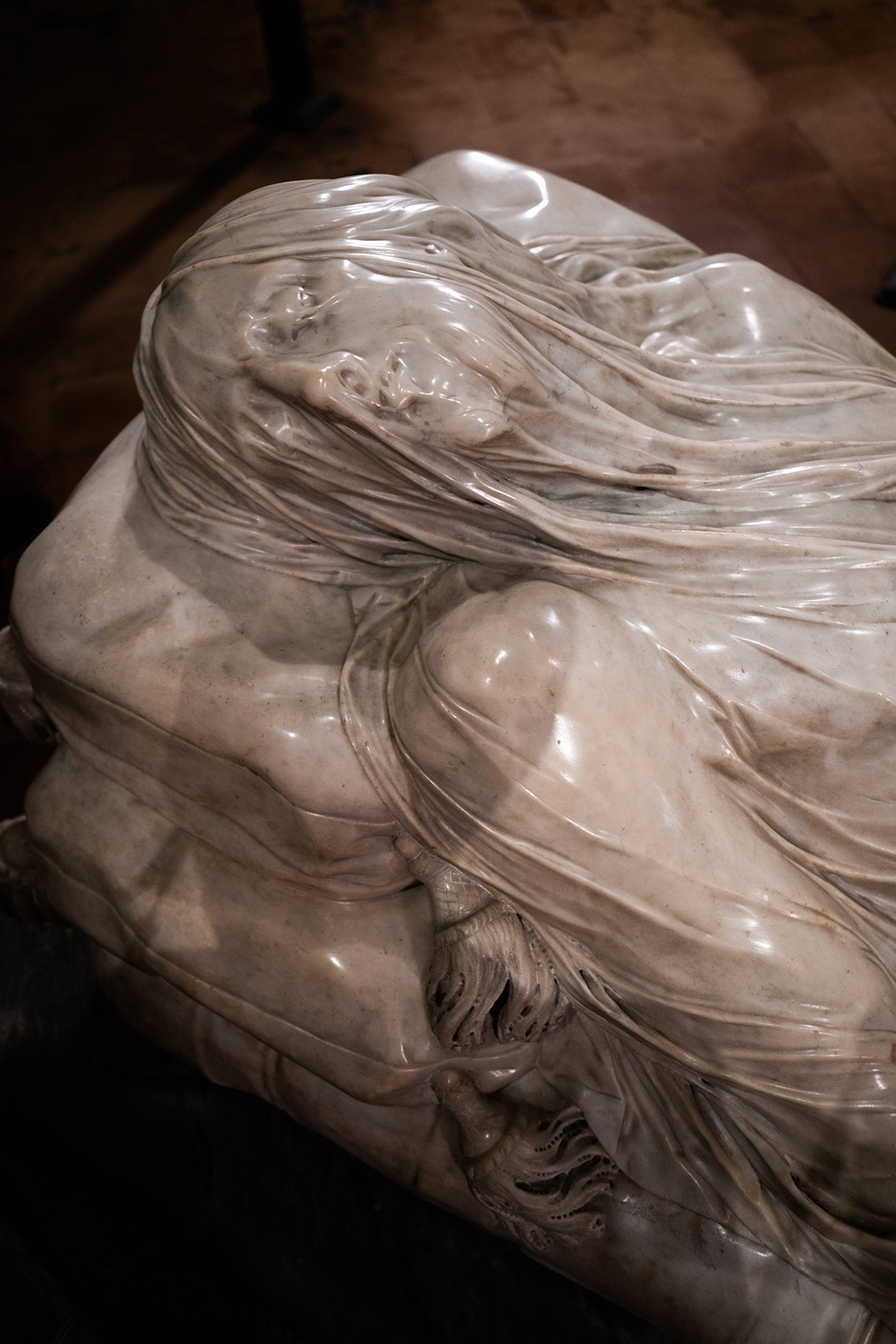 How did you start working together? How did you two meet?
Gabriele Tinti: I wrote to Abel to present him with my idea of giving voice to the ghosts of the past. He liked it. We started from there and from Rome.
Abel Ferrara: Yes, it was that simple.
What has it meant to you to have been raised by Catholic Christians? How has this influenced your work?
Gabriel: My father used to take me to visit the cemetery in the countryside where most of our relatives are buried. He did so every weekend after mass, in which he forced me to take part. In church, I saw Italian Renaissance and Baroque paintings that evoked the stories of the saints. My writing developed like this, believing in words and images, as a defence against the power of death, as a wish to be freed through blood and suffering.
Abel: The passion was taught to me in my mother's womb. It has been a part of my worldview in agreement, in opposition and in my peace with it.
Which cities do you like the most and why?
Gabriele: Naples for its mysteries and richness; Rome, which I never stop discovering; New York for its profile and presence; Los Angeles for its sky; the hills facing the Adriatic Sea where I was born for having given me a horizon.
Abel: The seaports: New York City, Naples, San Francisco and New Orleans.
Which images had the most impact on you?
Gabriele: Lots, great Italian paintings, Roman statuary and sarcophagi, the remembrance photos in cemeteries...
Abel: La Pietà by Michelangelo.
Abel, what do you think of Gabriele’s poetry?
Powerful, I'm happy to have discovered it.
Gabriele, what do you think of Abel Ferrara’s cinema?
Courageous, it's full of masterpieces.