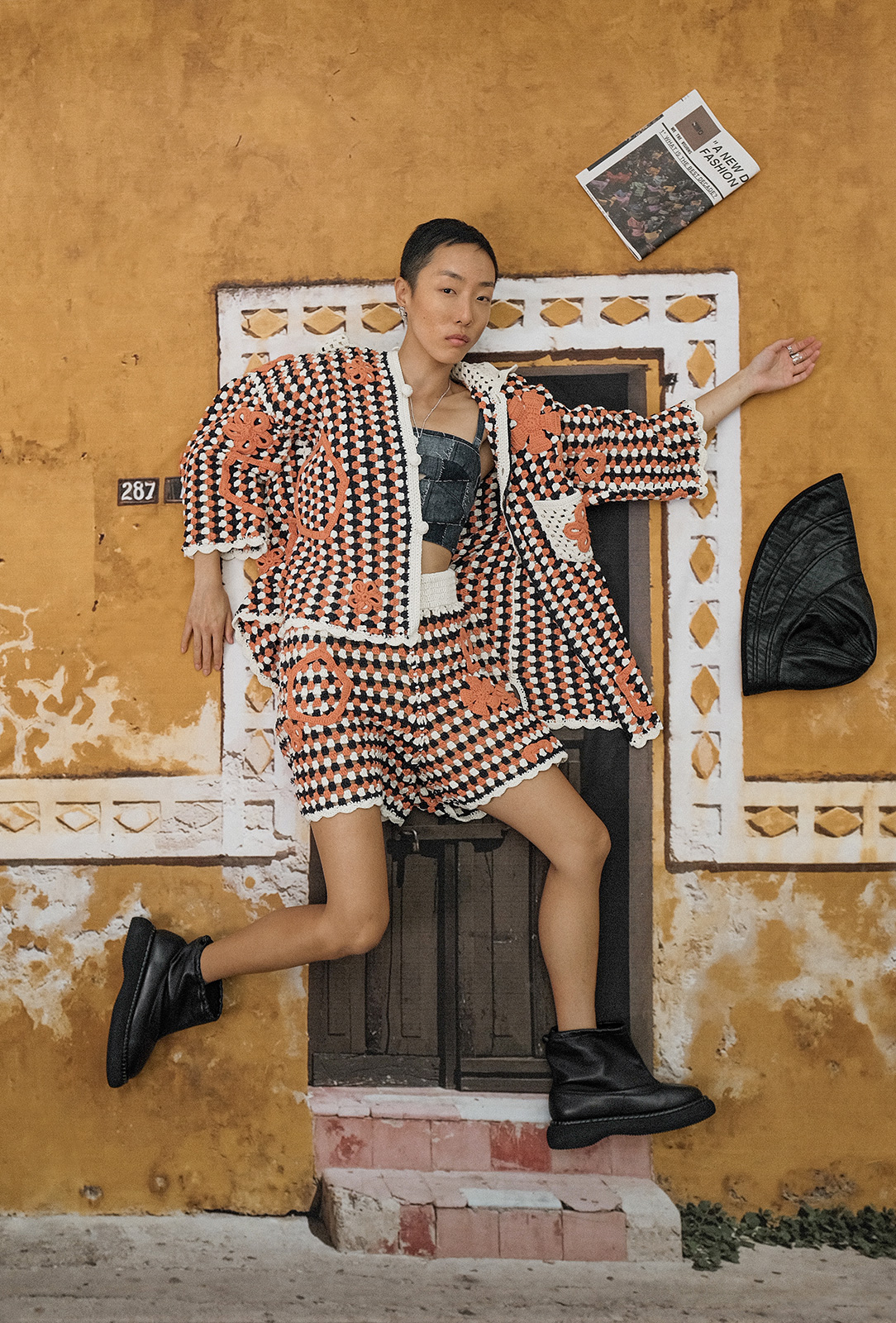 CFDA+ Design Graduate Award winner Zimo Yan captures history and culture in her latest Spring/Summer 2023 collection showcased at New York Fashion Week. Inspired by 1990s Asian immigration, the self-named brand Zimo explores the complex theme of identity when the East meets the West in the form of a short-form visual documentary.
Leaving your home and, essentially, everything you’ve ever known in hope of a brighter future is no easy feat. Yet, that was the reality for many Asians who immigrated towards the West amidst political instability, notably to America which saw its population of Asian Americans double between the 80s and 90s. Inspired by her friends’ and their families’ experience, designer Zimo Yan can relate to the multi-cultural way of living, as she tells us “I’ve worked and run businesses in both Shanghai and New York, I could feel their different views and approaches to things.” This time around, ZIMO's destination is Mexico, where she was inspired by Chinatown’s main street, Dolores Street, to name her collection.

In the seasonal short film, a cast of models can be seen sporting the new collection in a dimly lit flat, decorated with family heirlooms and old objects and trinkets. For ZIMO, shining a light on the past is the only way to make sense of the present and imagine a future. Fusing the elder generation’s commitment to upholding and passing down family values and traditions and the younger generation’s confused identity and sense of home, ZIMO invents a new Asian youth aesthetic through its modern silhouettes. As the designer states “ two aunties and young models to dress in our clothes and play mahjong in the same room” is simultaneously “amusing and organically harmonious.”

Influenced by the fusing of cultures, Dolores Street offers an array crocheted clothing inspired by typical Asian tablecloths, found in many Eastern homes in the 90s. Showcased in a signature colour palette established since her 01 collection, Zimo Yan concentrated on neutral tones – black, whites, and sandy browns and beiges - with hints of brighter colours including a green checkered three-piece suit. “The incorporation of different cultures” was primary to the collection, including “the American-style denim fabrics, Latin America-inspired buoyant raffle hems, and China’s vinyl lace fabrics.” Patchwork stole the show this season, with it being spotted on jackets, tops, and skirts, in a respectful nod to Mexican style but also as a symbol of several cultures weaving themselves together.

Using deadstock materials – an idea which sprung about even before the beginnings of the brand – and traditional Chinese porcelain beads with new materials brings the past and present together in a collection which feels tailored to suit the younger generation of Asian immigrants. “I still recall passing through old shops in Shanghai that sold old-fashion items such as vintage towels and grandparents’ pyjamas – some we used when we were kids. They were seldom visited and became something in the street that people almost forgot, but there were items both touchy and interesting,” remembers Zimo Yan.

Honouring the brand’s motto, “We the vision,” Zimo Yan once again uses her collection as a fashion documentary, observing, recording and commenting of the sociological accounts of Asian immigration. Lest memories of past generations and their traditions get lost, “a pity” Zimo Yan states it would be, the objective remains to “lead our audience to initiate a subtle and meaningful interaction across time and space.” 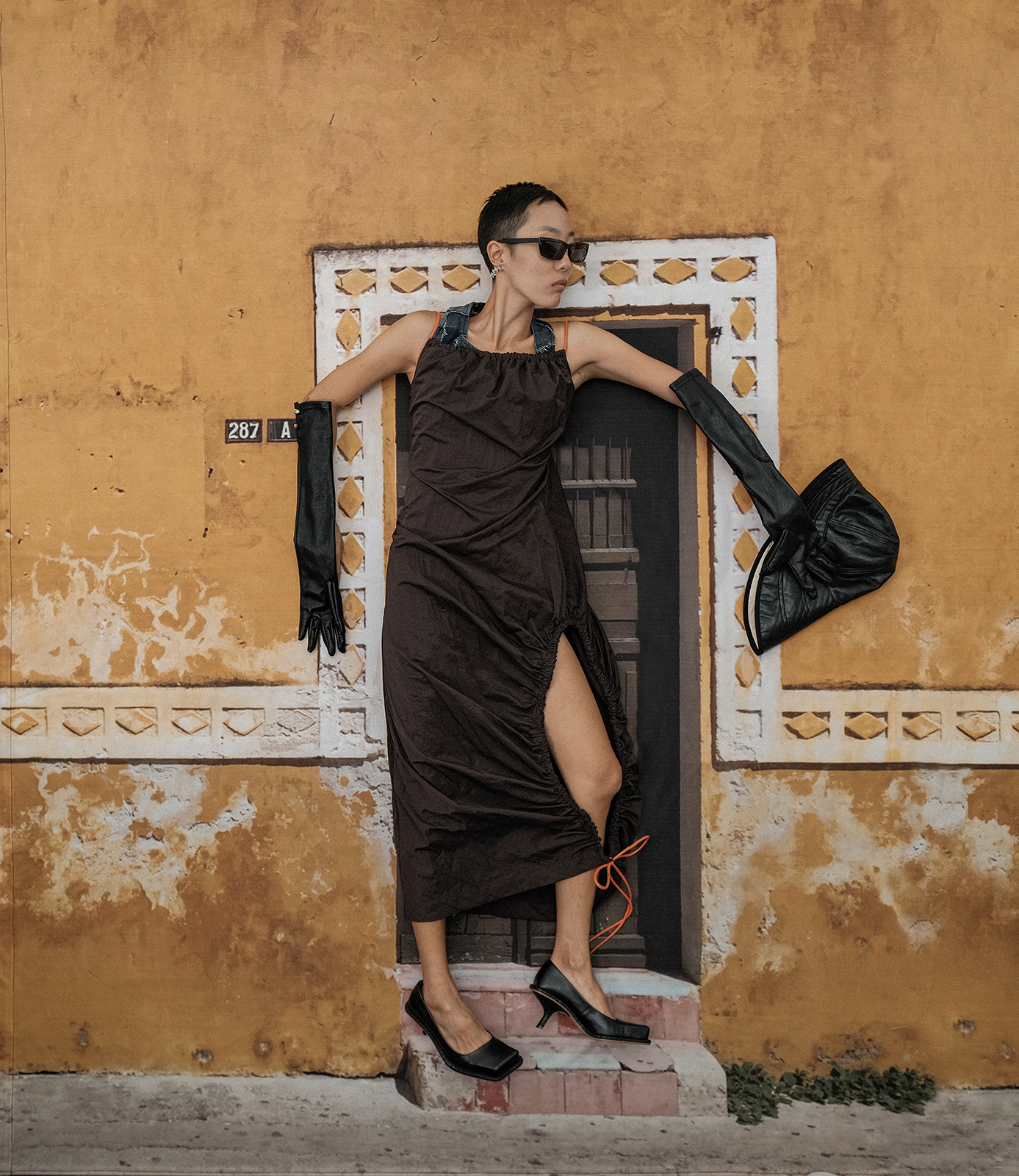 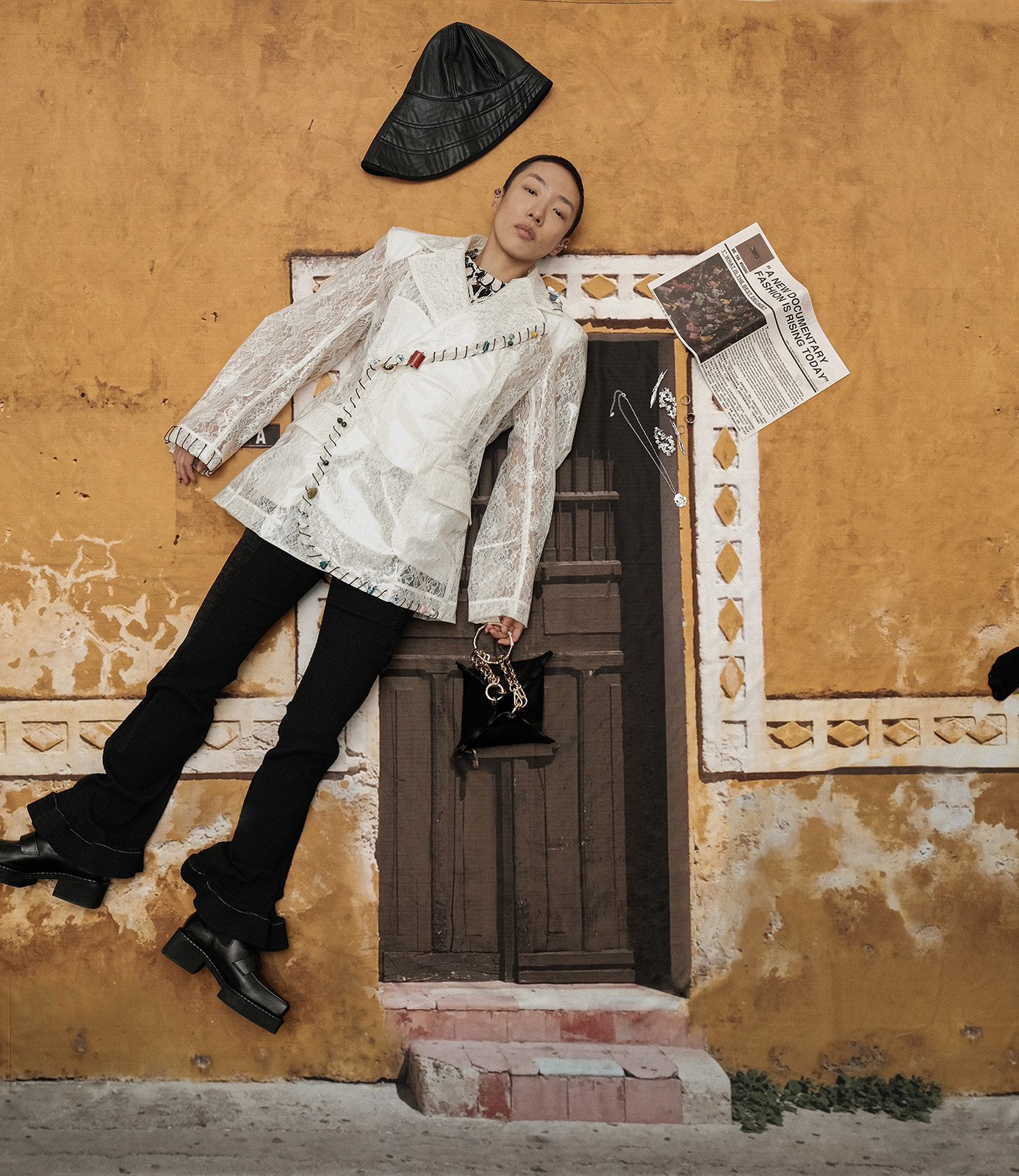 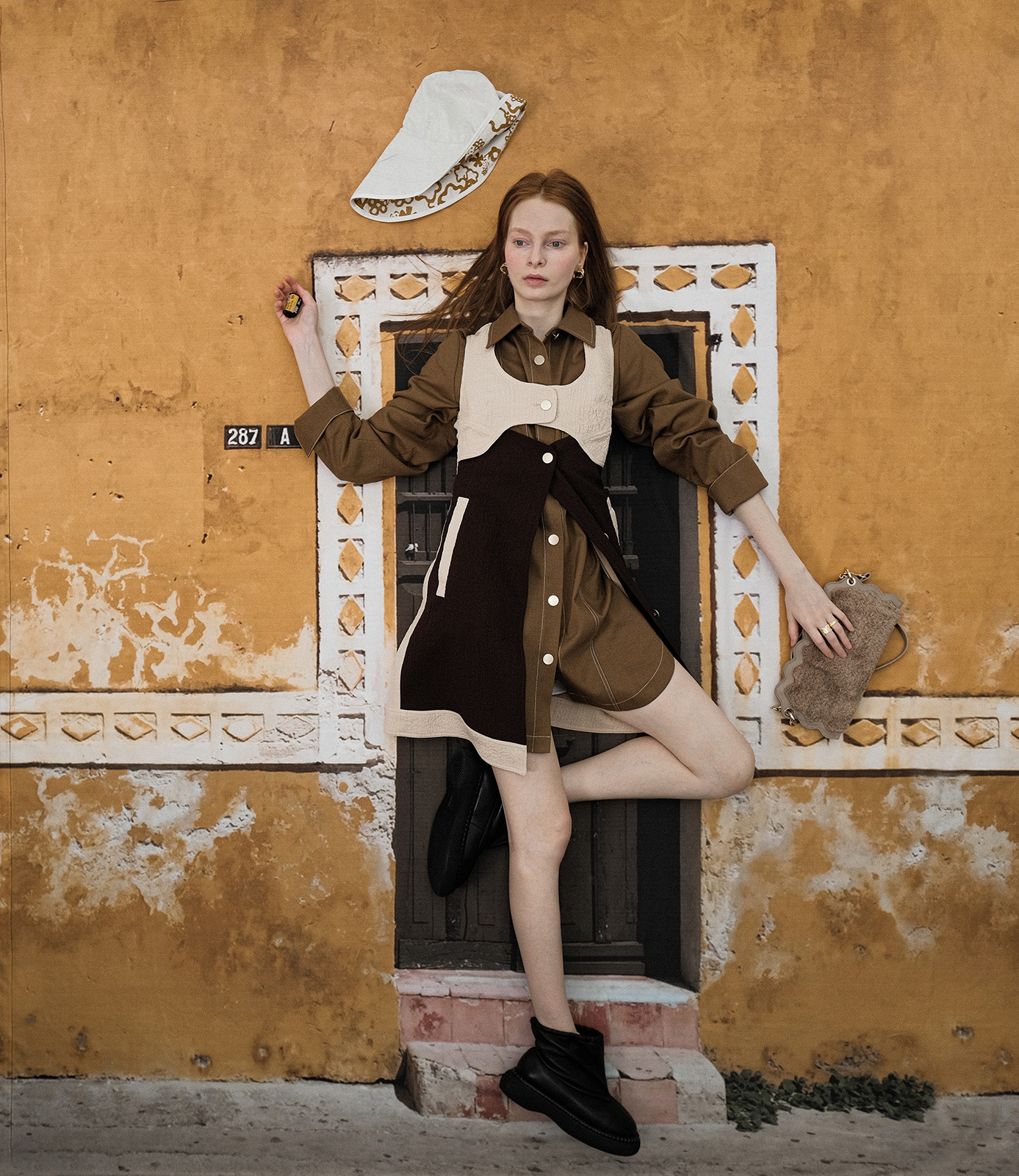 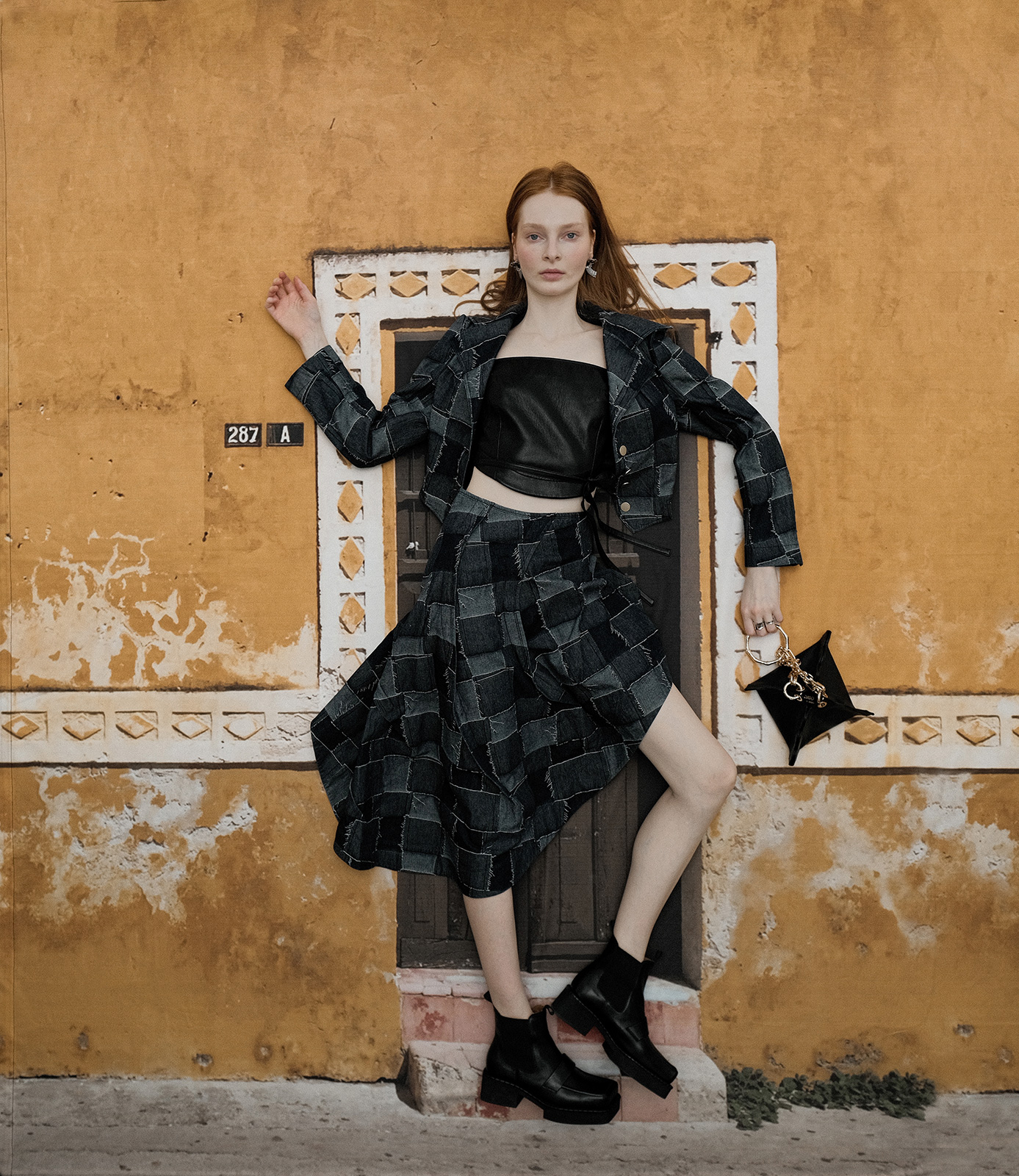 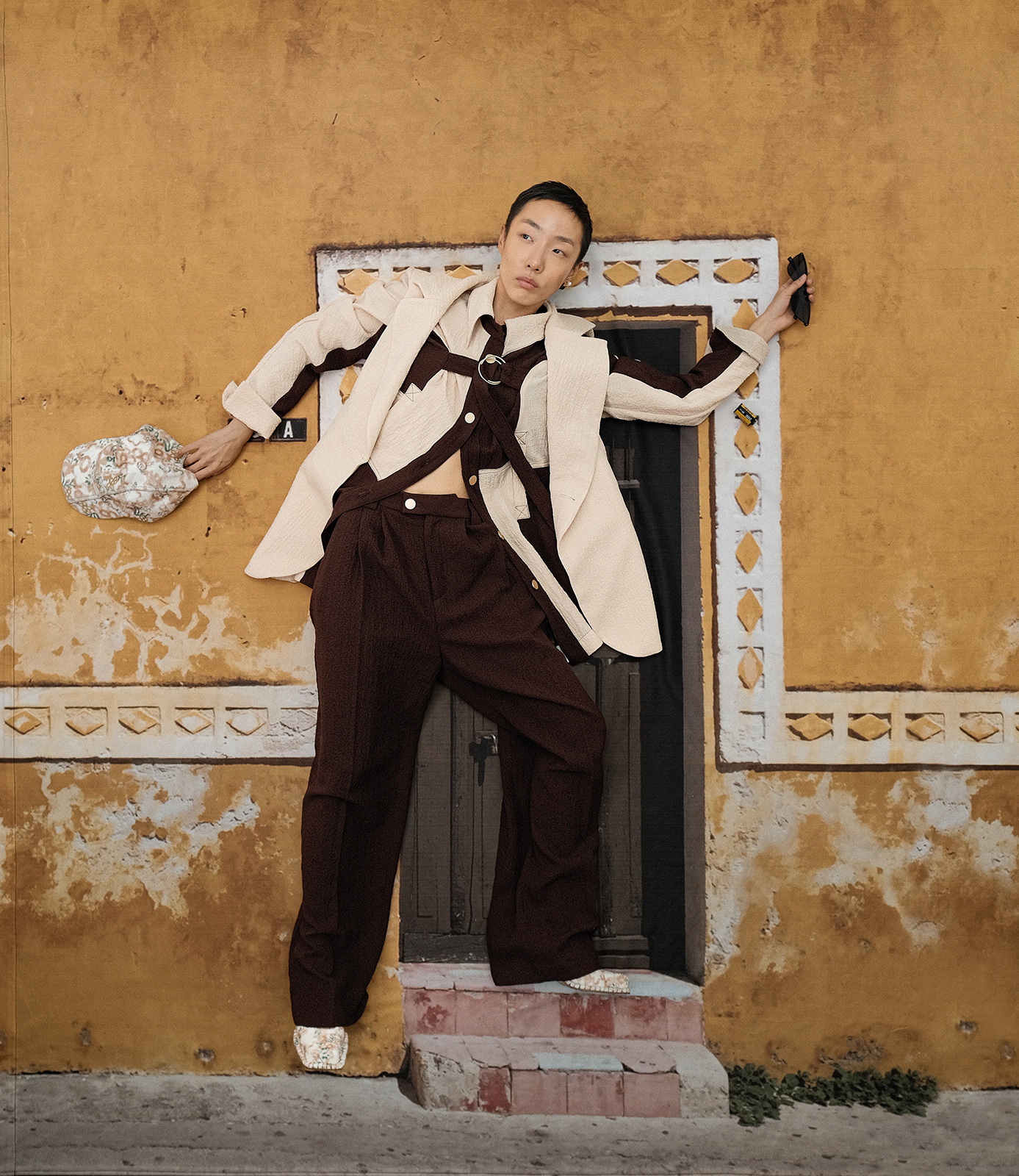 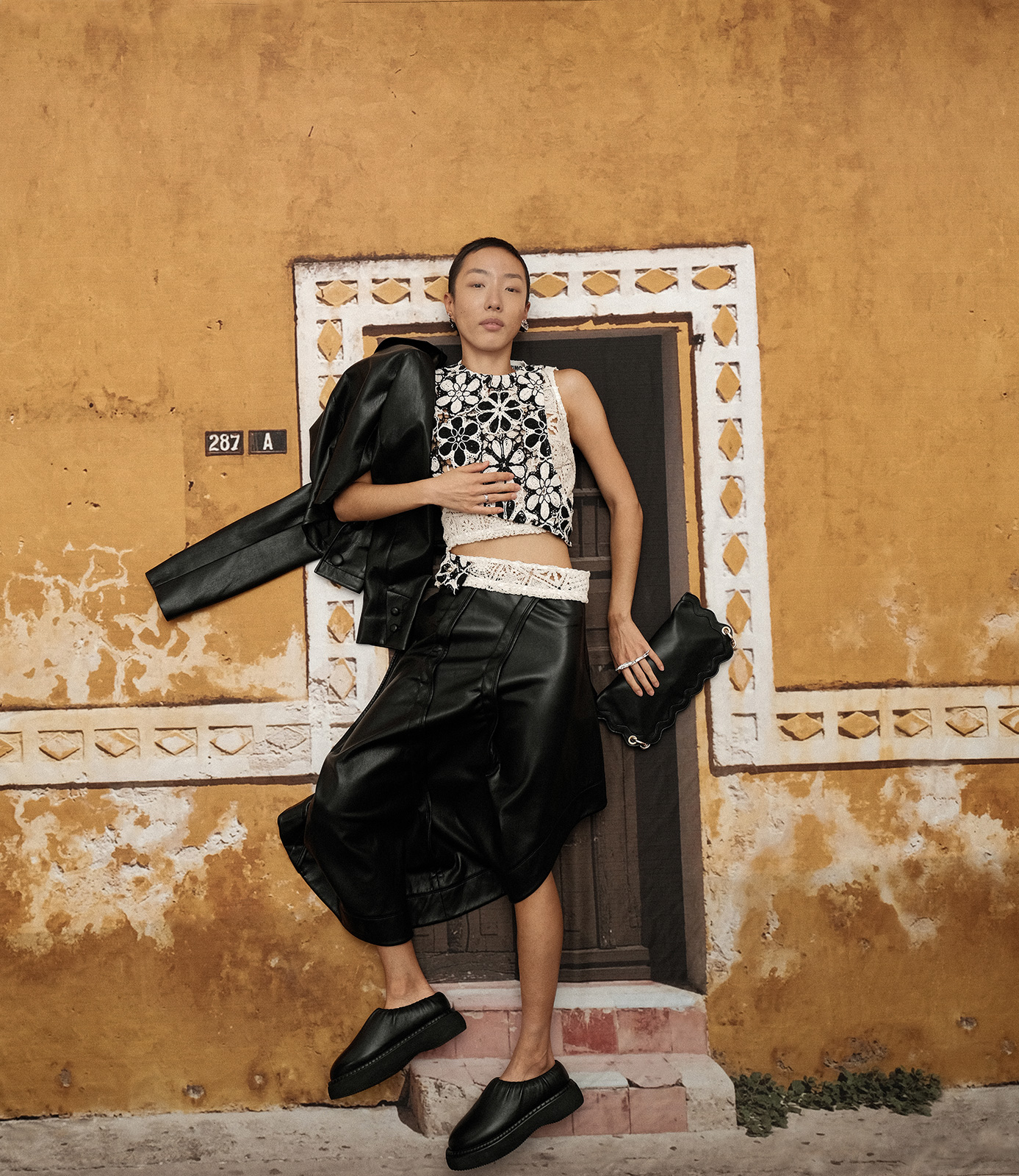 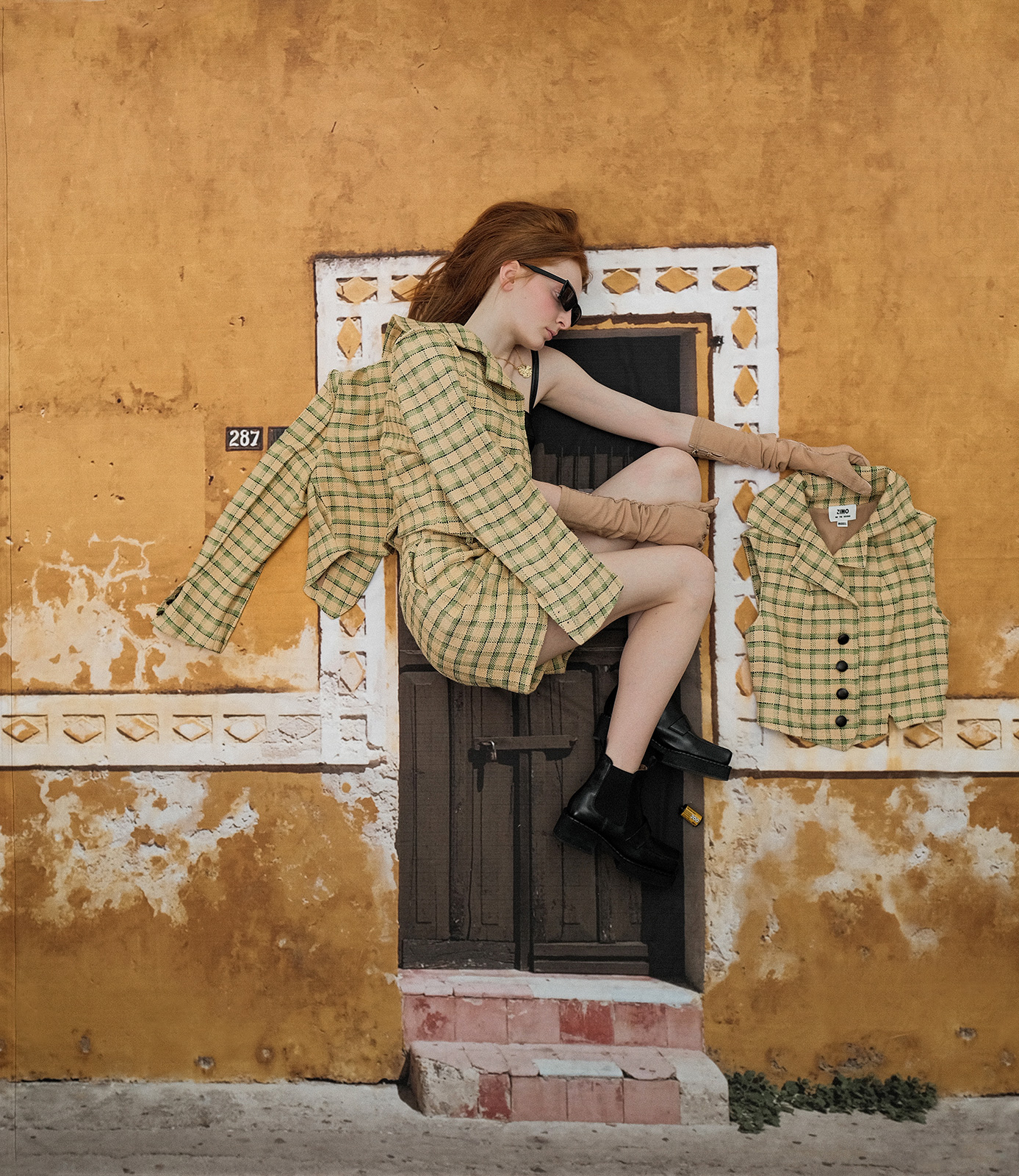 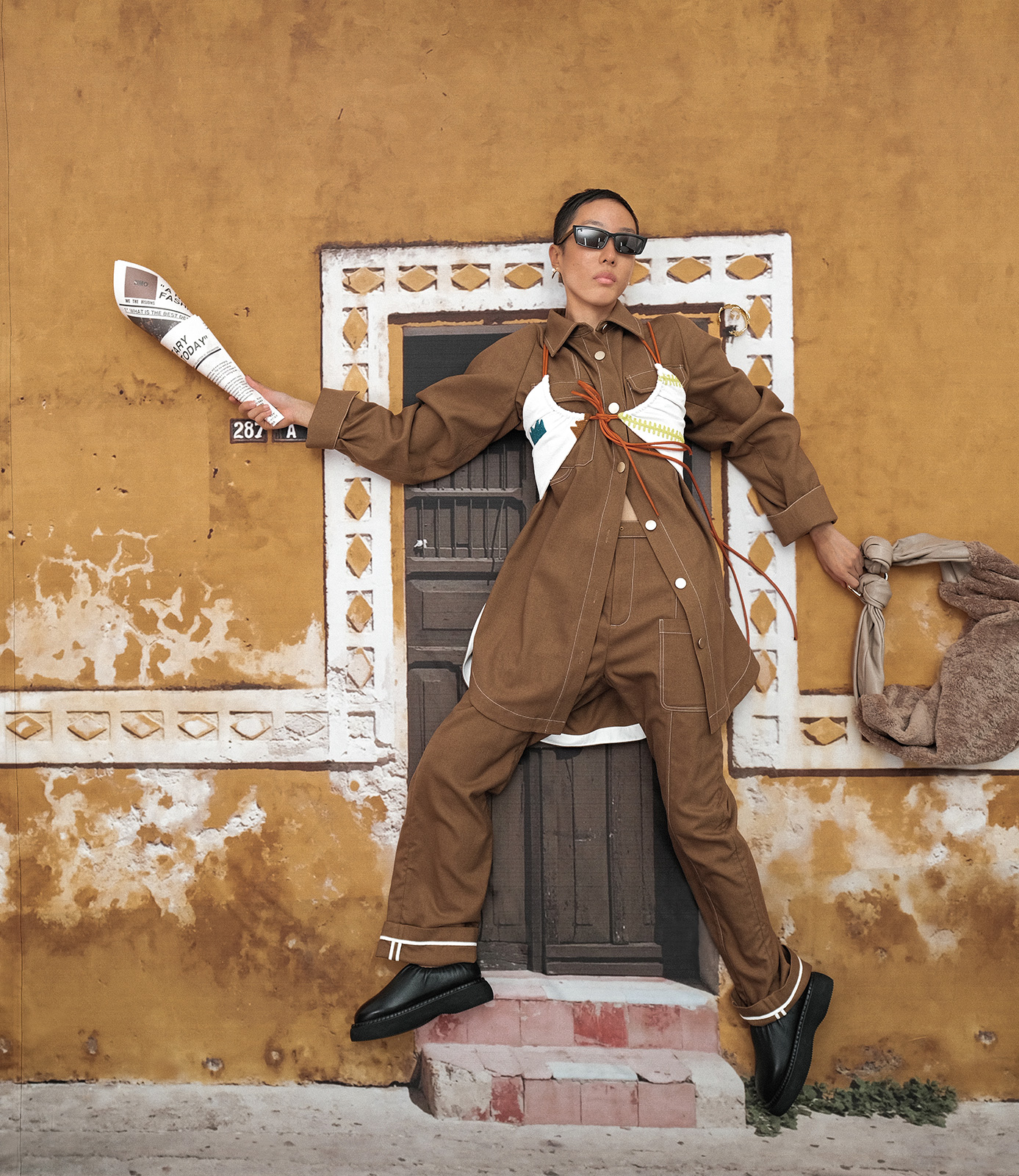 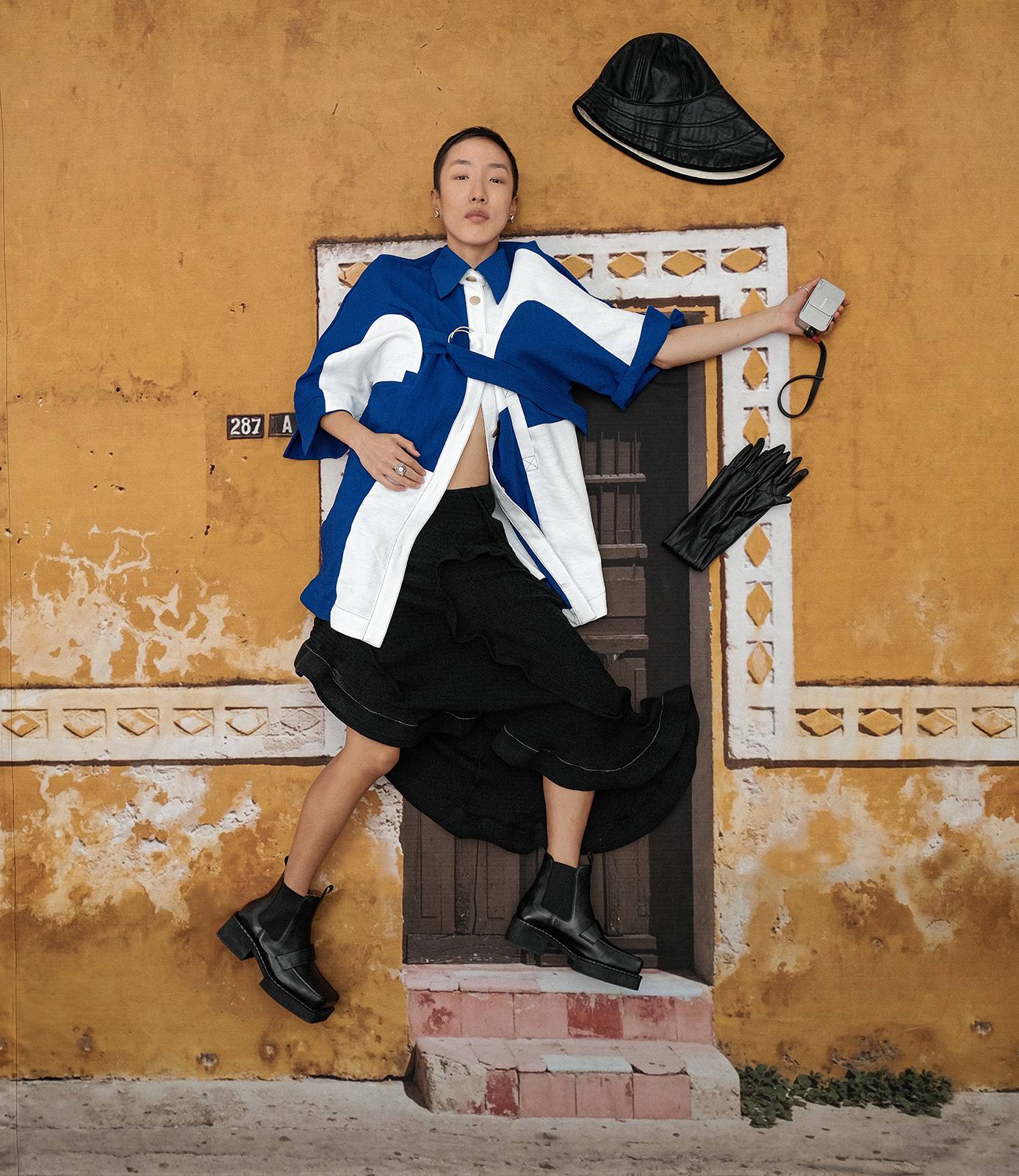 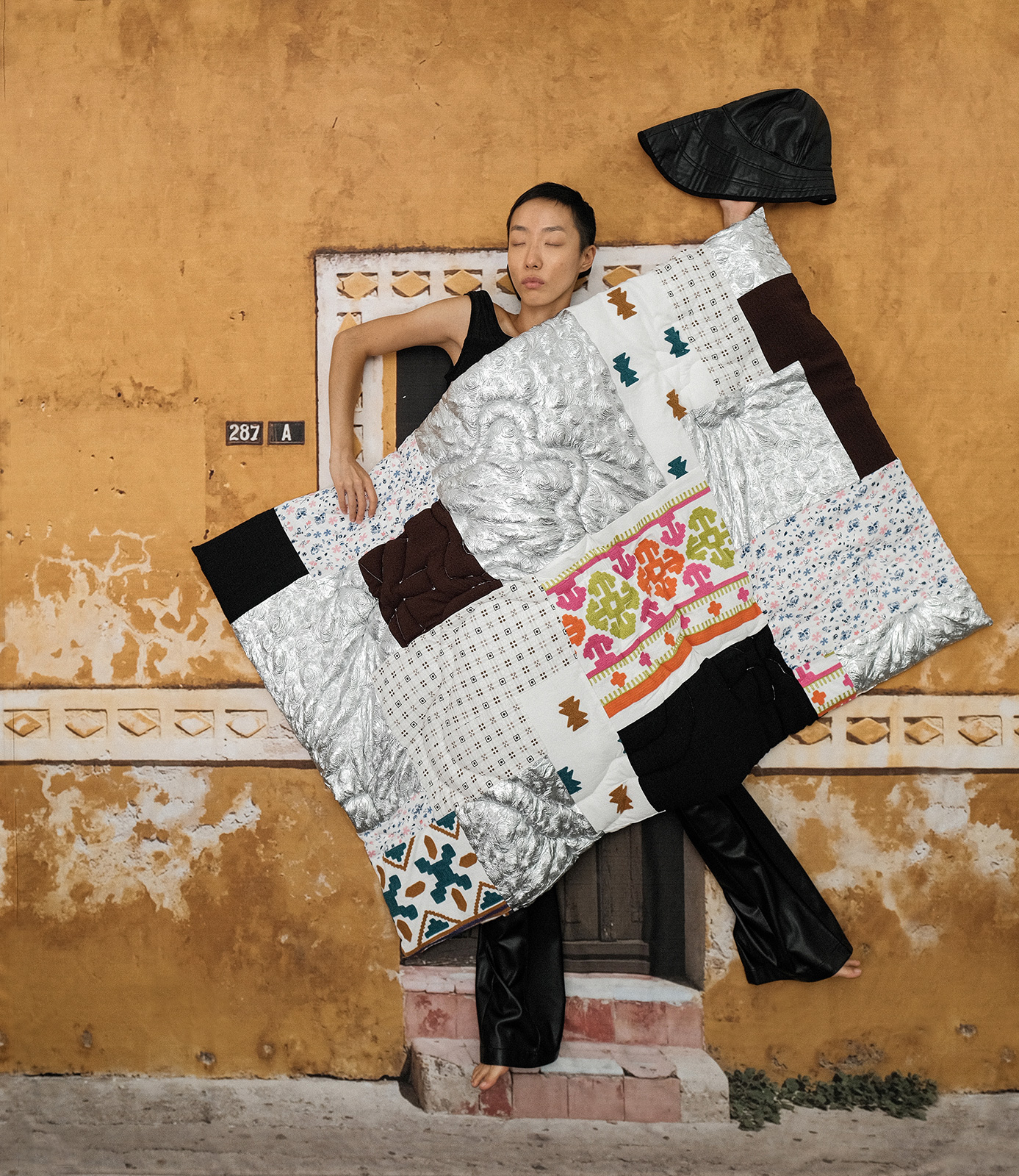 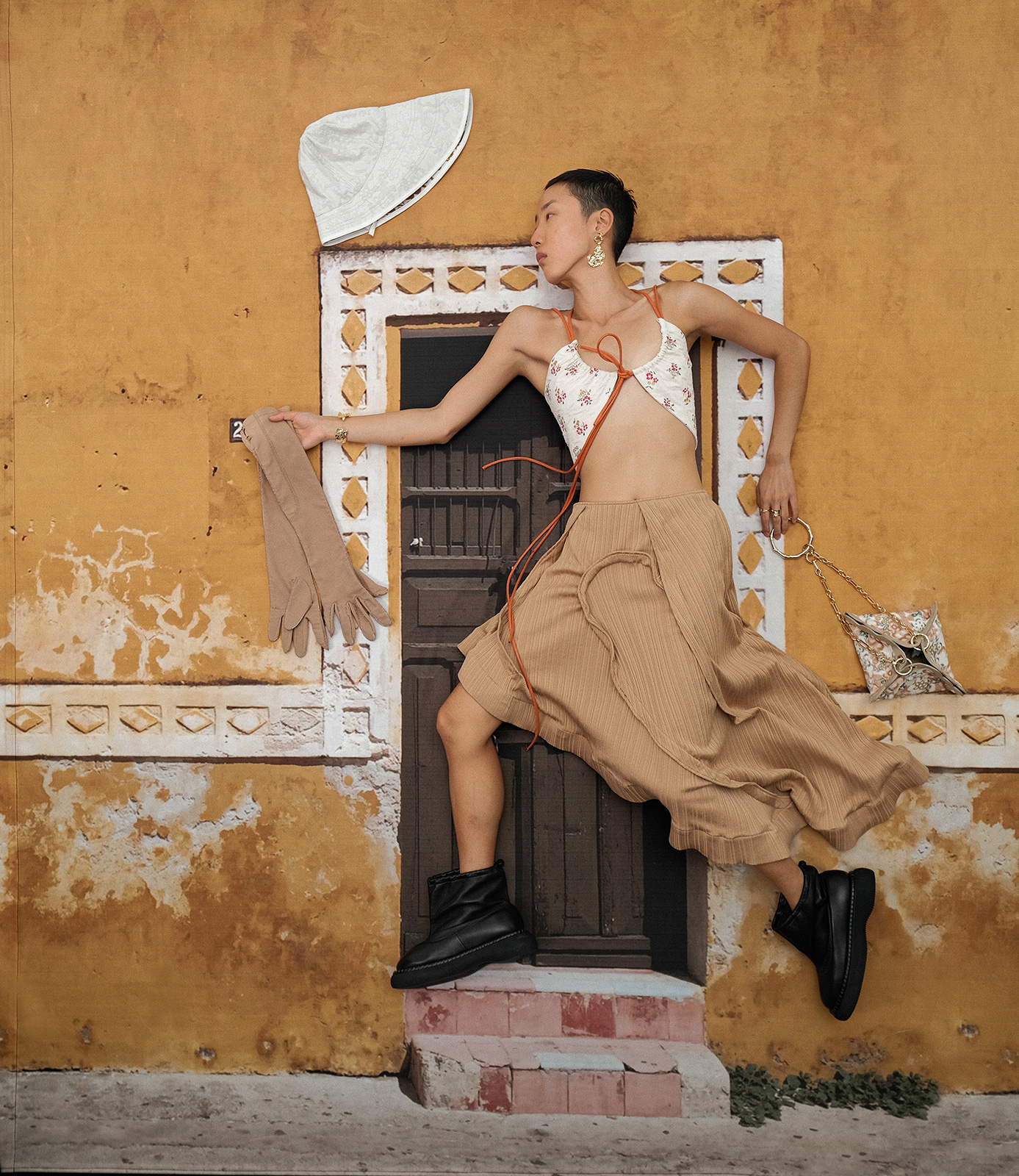 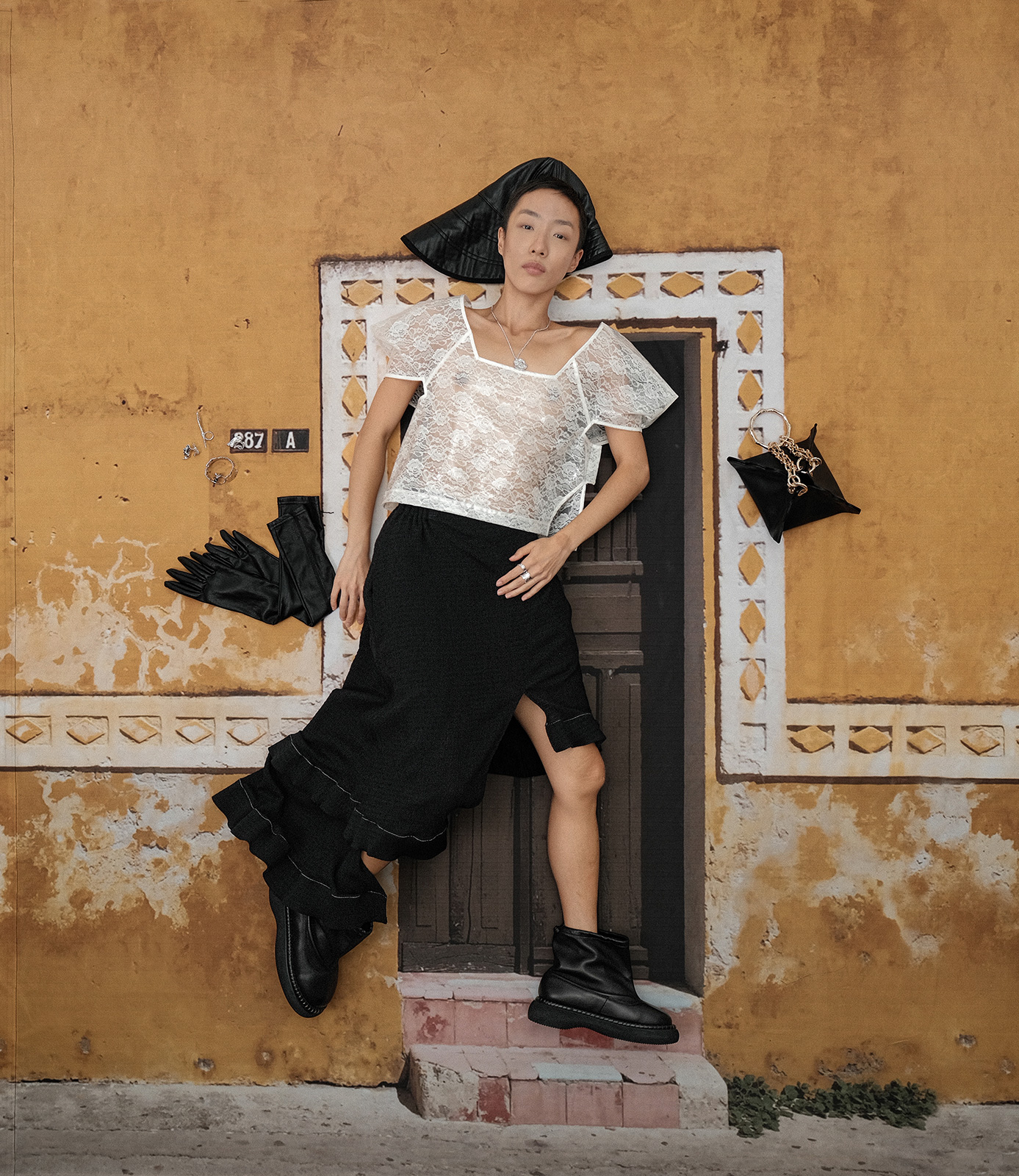 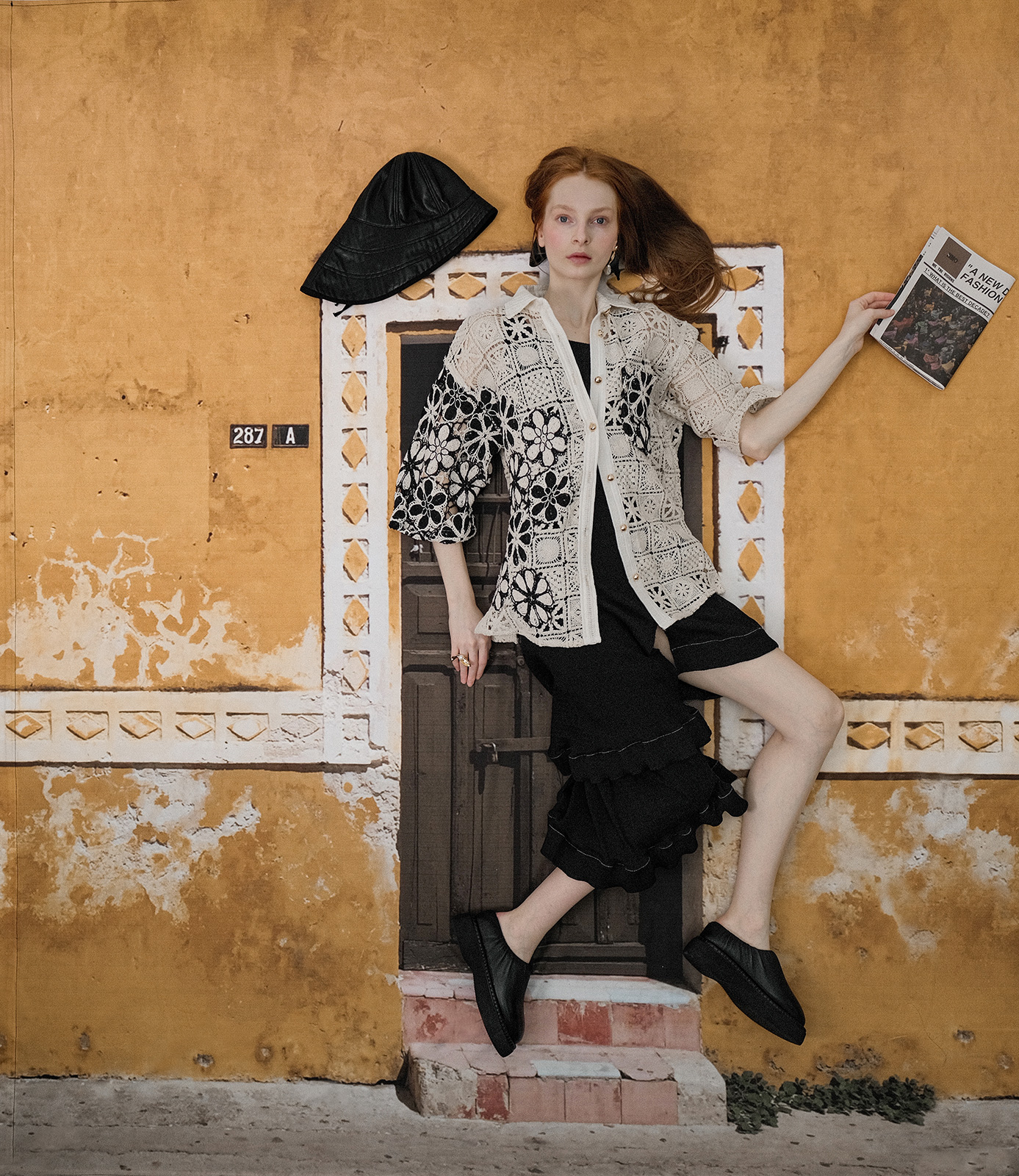 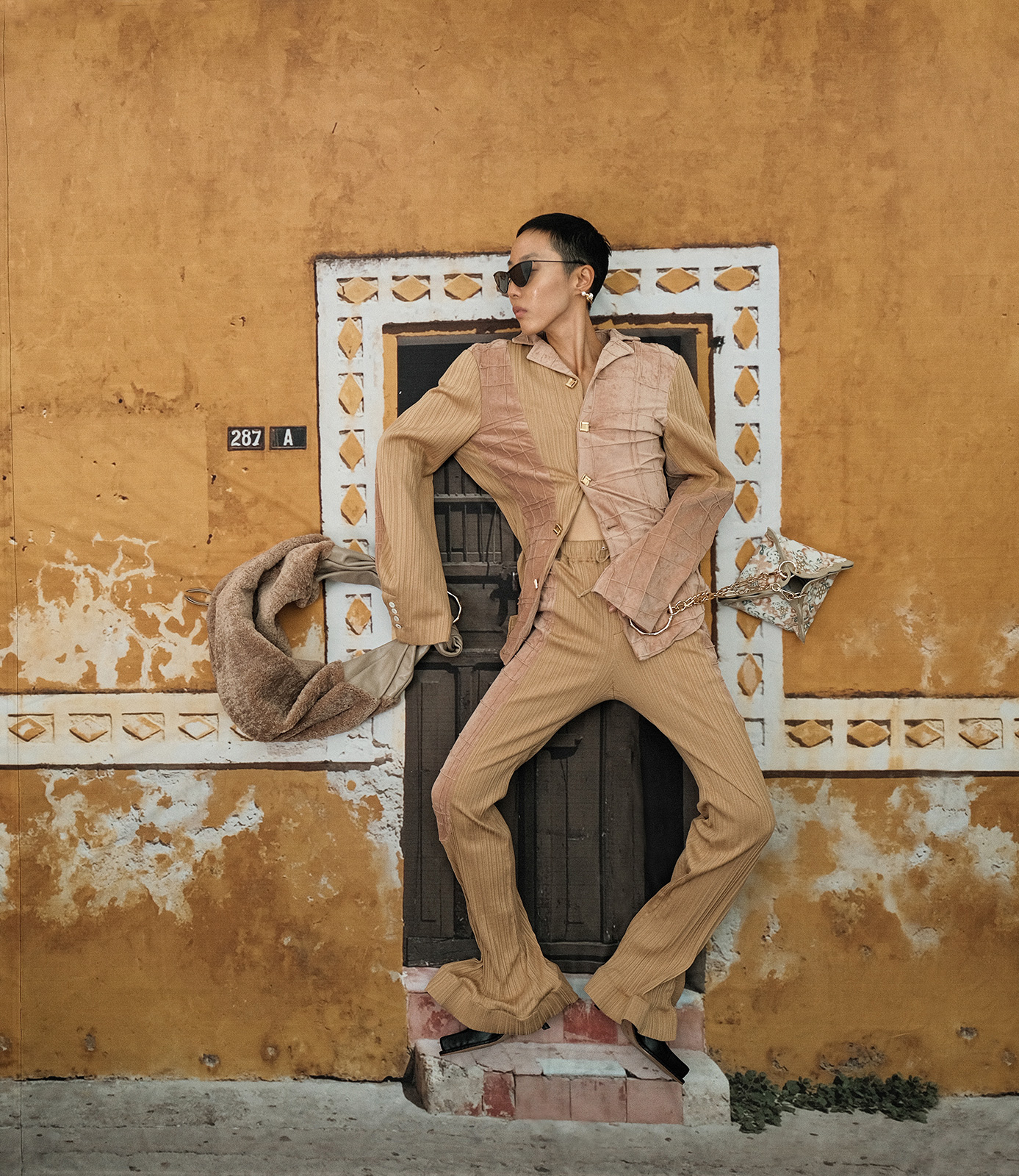 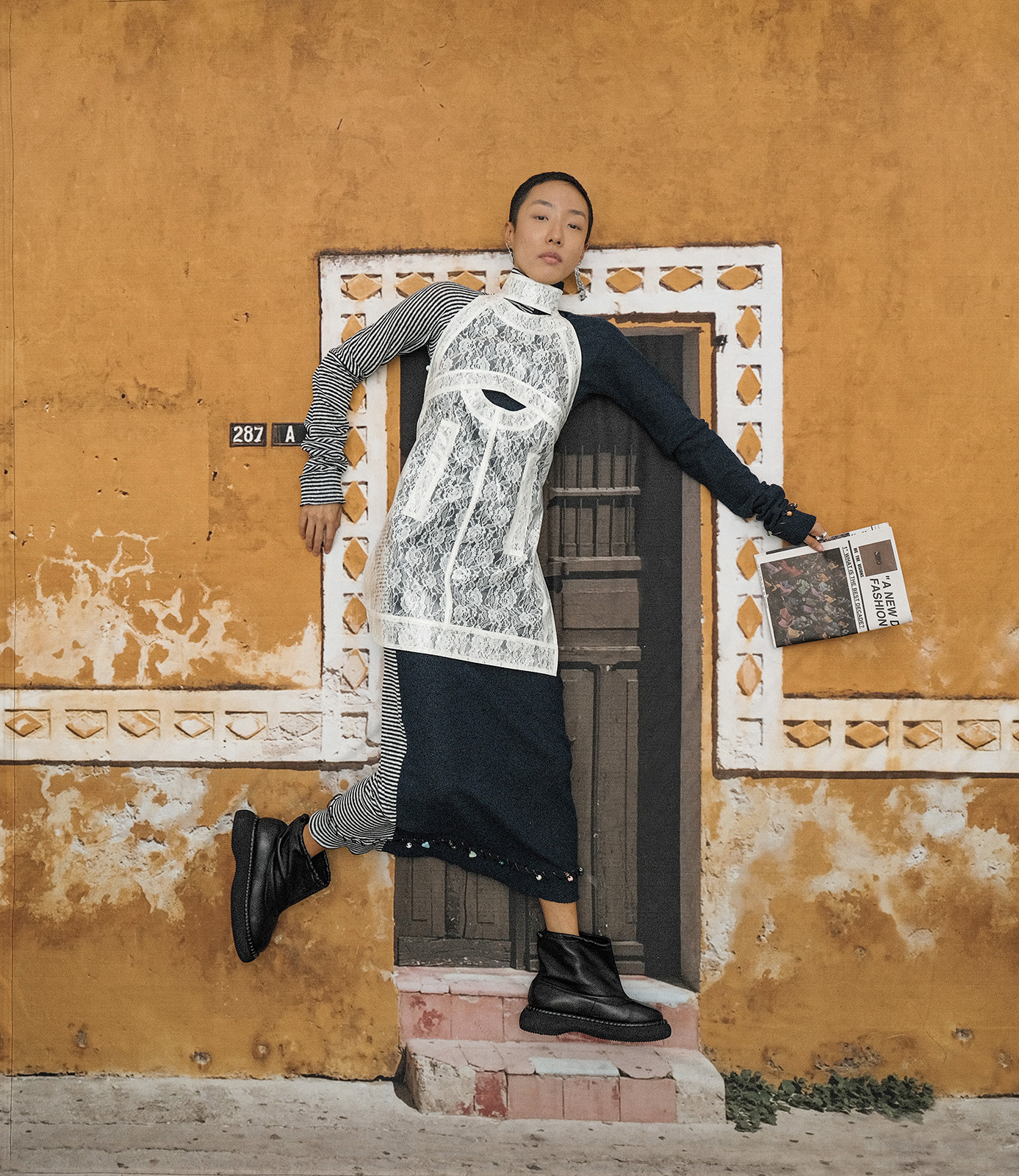 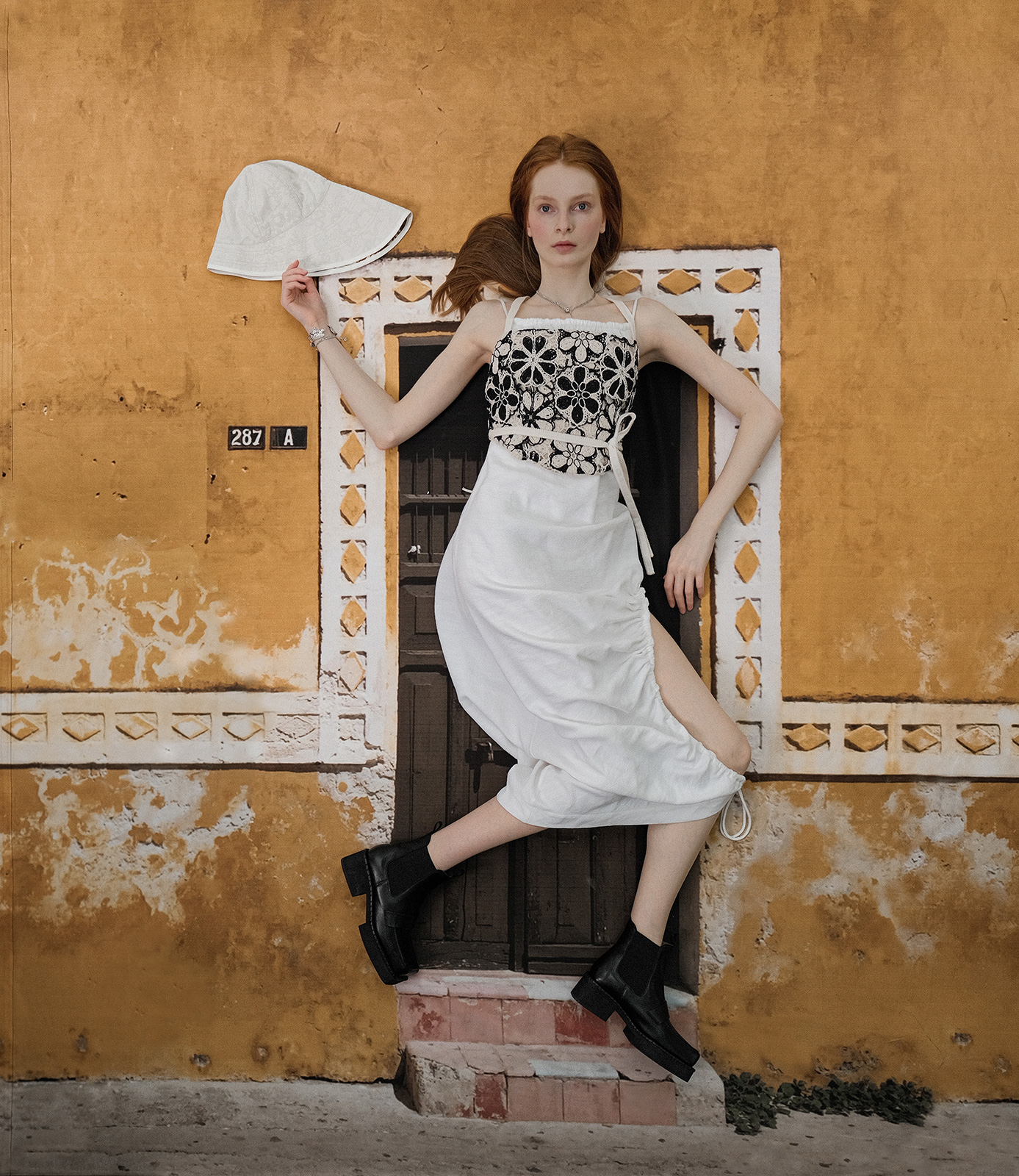 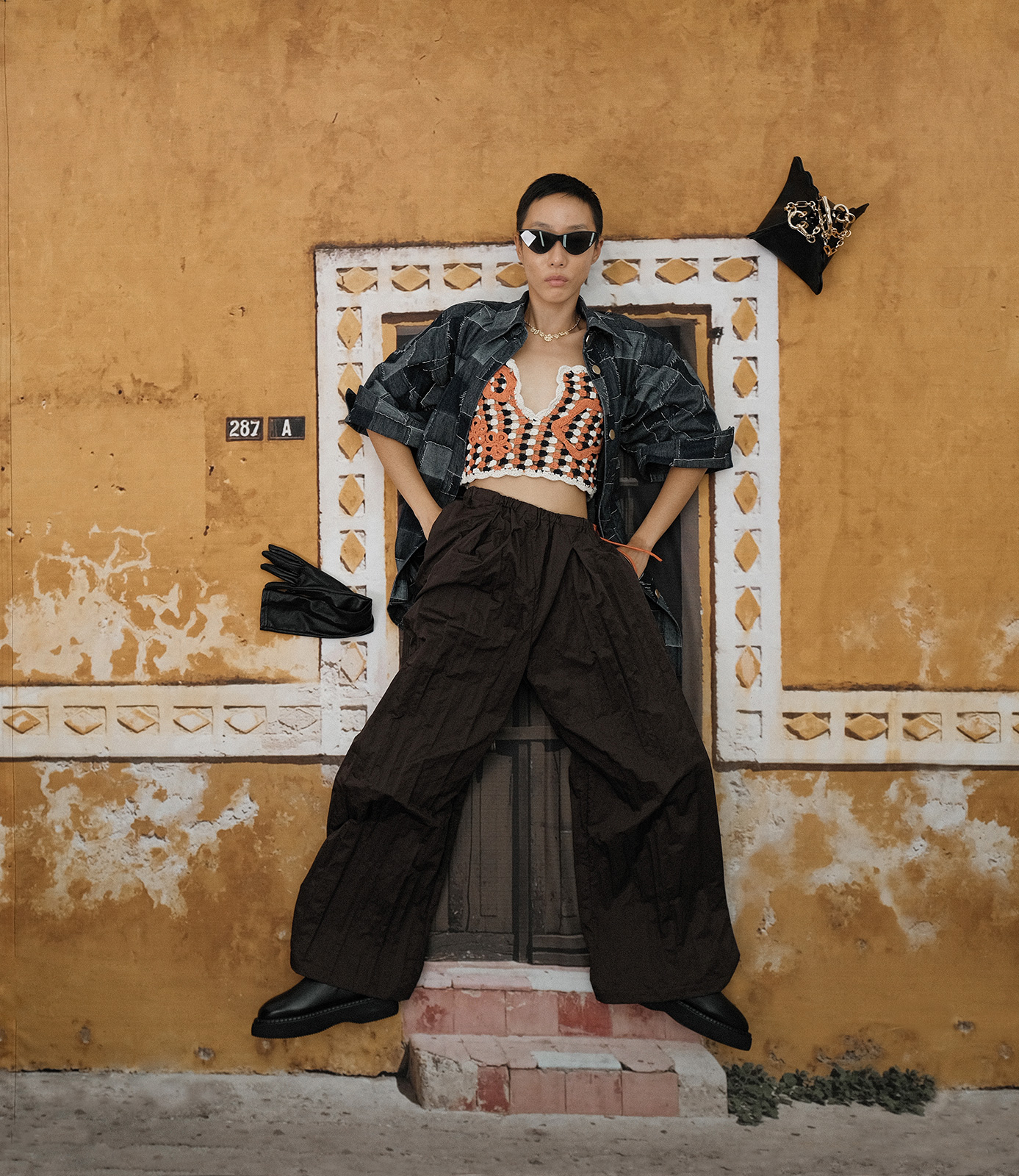 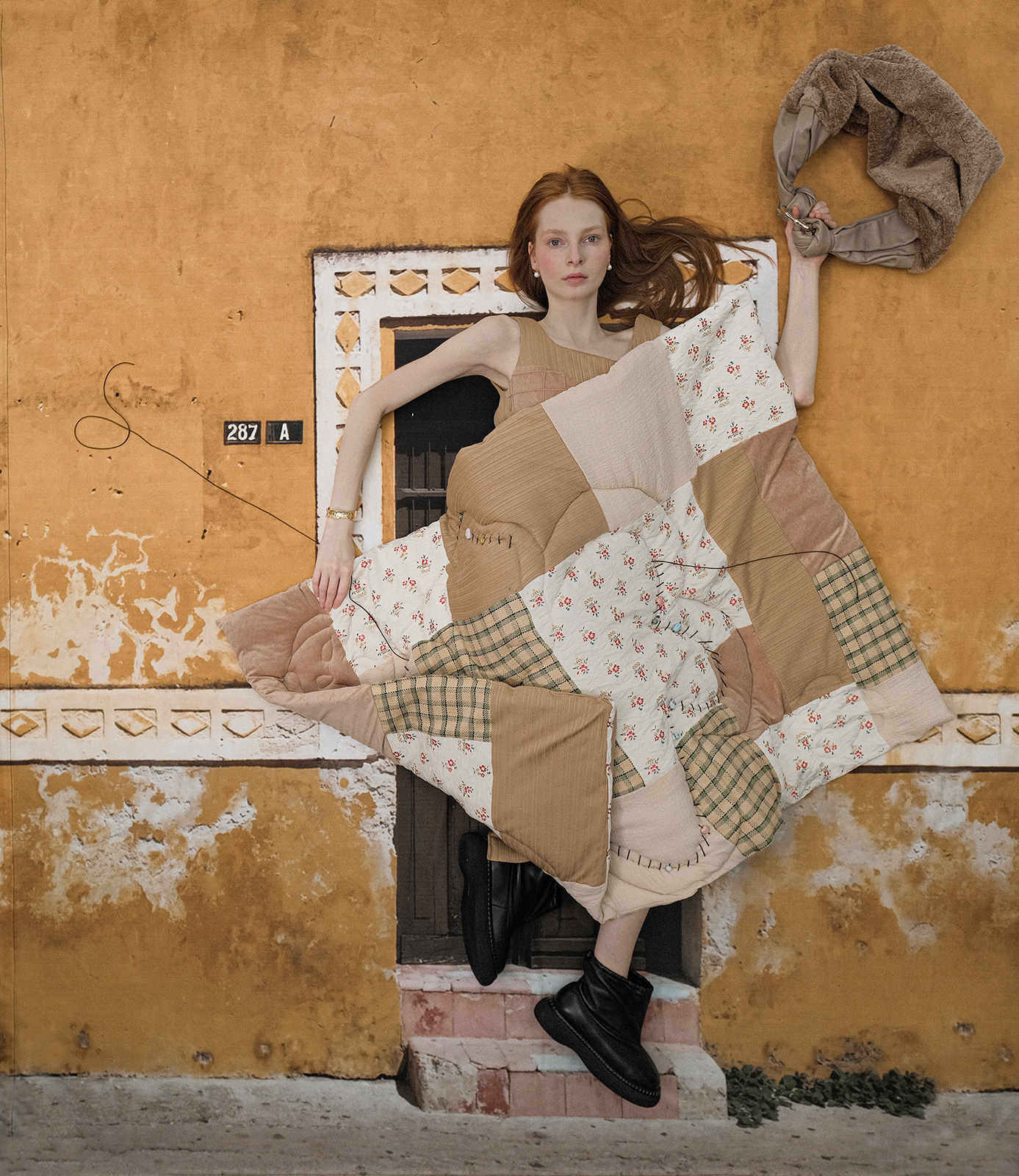