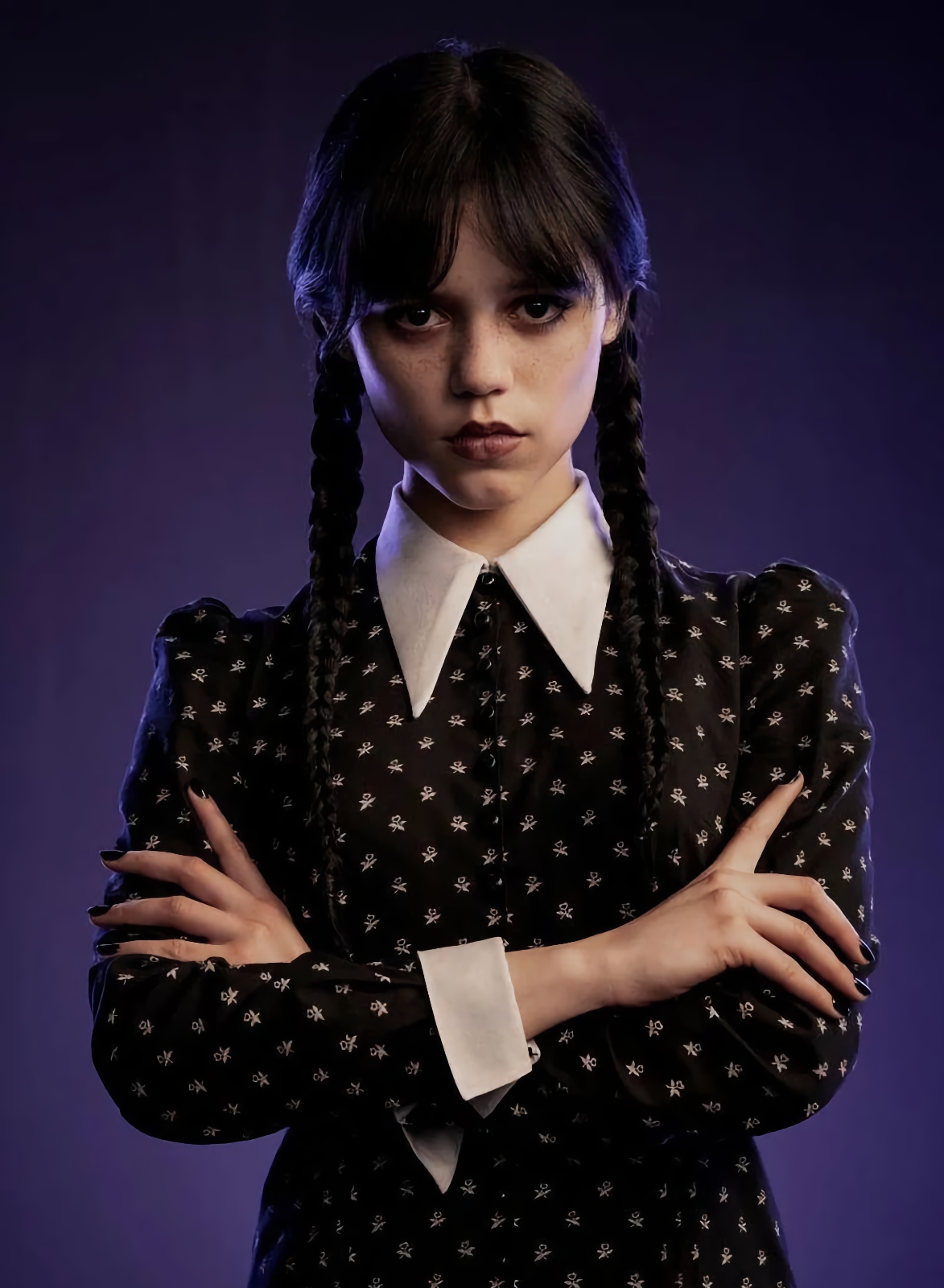 Eerie and disconcerting, Netflix’s new teaser trailer for Wednesday – its new series about the pigtailed, death-obsessed Wednesday Addams from The Addams Family – promises to be a fresh take on the classic character. Jenna Ortega, known for her standout performances in recent horror flicks and fellow Netflix series You, stars in the titular role, and her vacant, haunting expression combined with the long black dress with a white collar are immediately recognisable in the most exciting way. The 28-second clip ends with Wednesday doing her seminal double-snap as Thing, the disembodied hand, climbs on her shoulder. The short sequence tells us everything we need to know: she’s back and creepy as ever.
Father of all things fantastical and frightening, Tim Burton will direct the show, which reportedly charts Wednesday’s experiences developing her psychic abilities and navigating relationships during her studies at Nevermore Academy, all while stopping a killing spree and uncovering a 25-year-old family mystery. The cast includes household names like Catherine Zeta-Jones (playing Morticia Addams) and Gwendoline Christie (Larissa Weems), and, in a punch of nostalgia, Christina Ricci – whose iconic portrayal of Wednesday 30 years ago still lives in the minds of audiences today – in an unnamed role. Though Wednesday does not have an official release date, there have been talks that it’ll premiere later this year. Let’s double-snap in hopes that it’s out in time for spooky season!