Between light and darkness 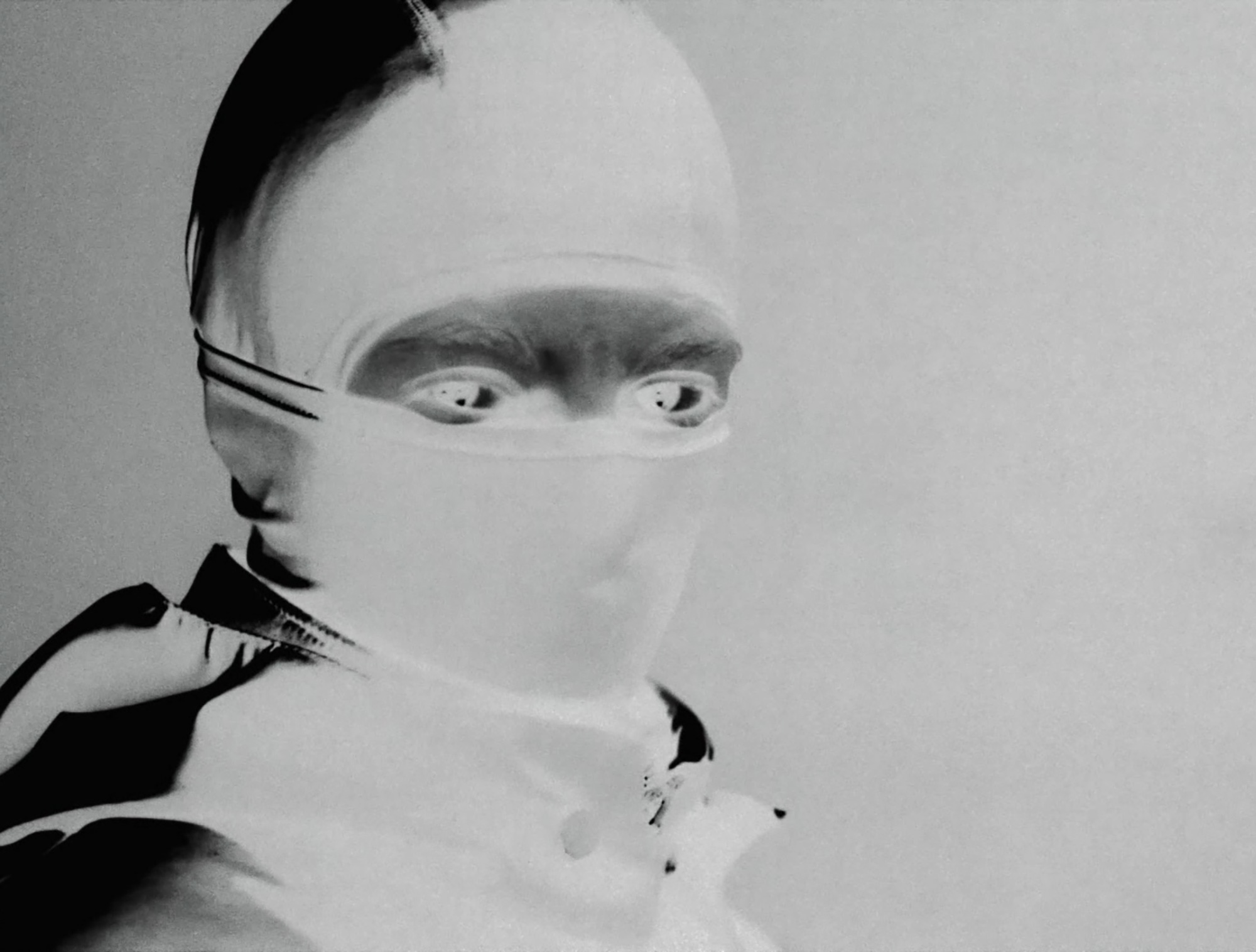 The Warburton brothers are not at all interested in restrictive words that, instead of raising questions, narrow our minds. From fashion to interior design, from stillness to movement, it is precisely in those intermediate spaces that flee from polarised terms that David and Daniel seem to feel most comfortable. But there is a question that they want to answer, and that they already shared with us the last time we spoke over half a year ago: who is Warburton? Now they are one step closer to getting it. Their new collection, The light through the dark Fall/Winter 2021-2022, is a new piece of the puzzle they need to solve. And it will be available on their website from 26 January at 10 pm (CET).

It is not new that the ready-to-wear fashion brand founded by David and Daniel Warburton bet on different visual resources when presenting their work. They already did it with their Pain and Passion collection in 2021, where they allowed us to immerse ourselves in their universe resulting from the fusion of British and Spanish culture through a video that came along with the lookbook images. Something that many brands have tried in the last two years as a result of the global health crisis, and that this fashion house, whose pieces have been worn by artists such as Rauw Alejandro or Big Sean, does again on this occasion. But their new video is not only committed to the aesthetic sense but also puts a powerful lens on the message and values of their most personal project.

Directed by Joaquín Luna and co-produced by Black Mamba Films and Supersonic, the fashion film is a tribute to the brand's starting point, Stanley Warburton, their grandfather. And the 5-minute visual piece -which could well be considered a short film because of its powerful meaning that transcends everything related to fashion- is an effective resource with which Warburton continues to consolidate its essence. “We want Warburton to be recognised not only through fashion design but also through a visual, a sound or a performance. That's why we not only work intensively on the design of the pieces but also on the different systems that help to communicate the message and the DNA of the brand in all its areas,” the brothers explain about an initiative that stars a cast of models that they ranging from Balenciaga muse Muriel Seiquer to Barcelona-based drill artist Ghettoboy.

But let's delve into the pieces that can be found in their The light through the dark Fall/Winter 2021-2022 collection, which puts the spotlight on the creative process. Functionality and design meet again in this new launch, where the superimposition of materials and a feeling of protection and strength prevail. Fabrics such as wool and leather merge with super-technical materials, in a much darker collection, though for the cold weather and in which a constant duality coexists.

On the one hand, their creations convey introversion and darkness, but at the same time, they could perfectly be the uniforms of a generation ready to take on the world or the outfits dressed by the most well-known musical artist. Their iconic balaclava is reinterpreted. The same goes for jewellery, where they reinvent their flagship necklace. They also include three versions of baseball caps, a bucket hat, a tote bag and a box bag complete this futuristic range in which two new logos make their debut to embellish the silhouettes. Warburton is on the right track thanks to their honesty, their own vision of design and a tireless search for their identity. 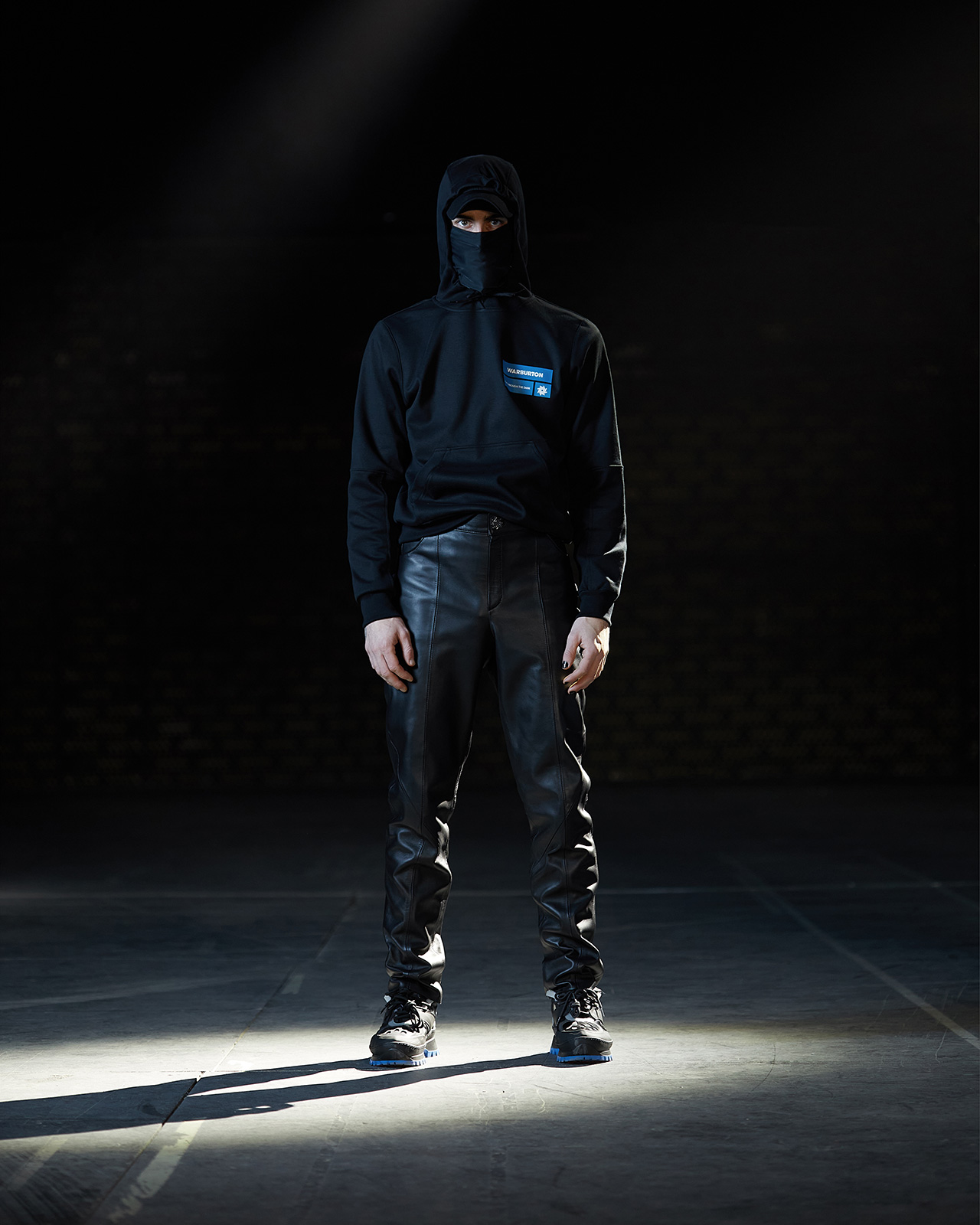 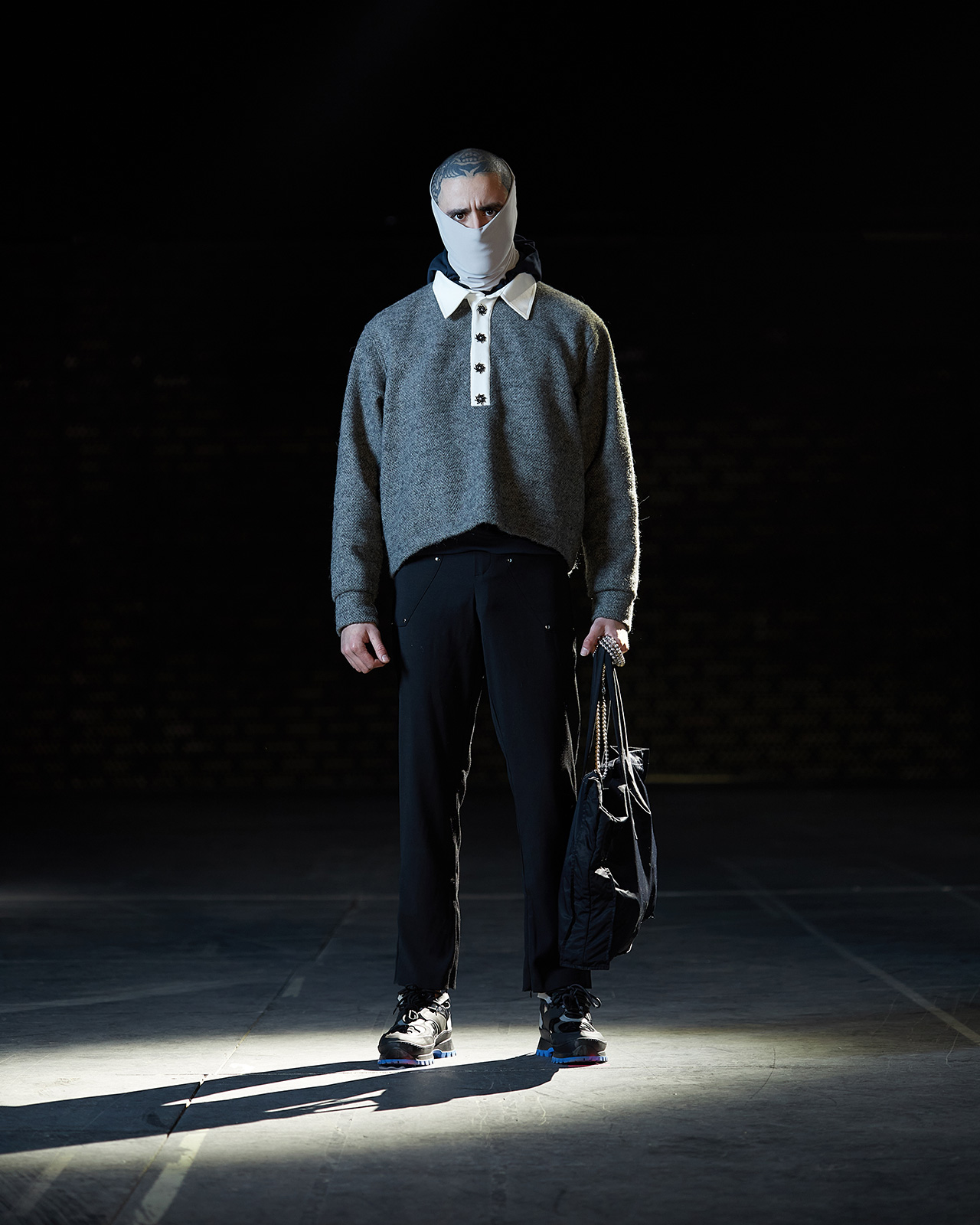 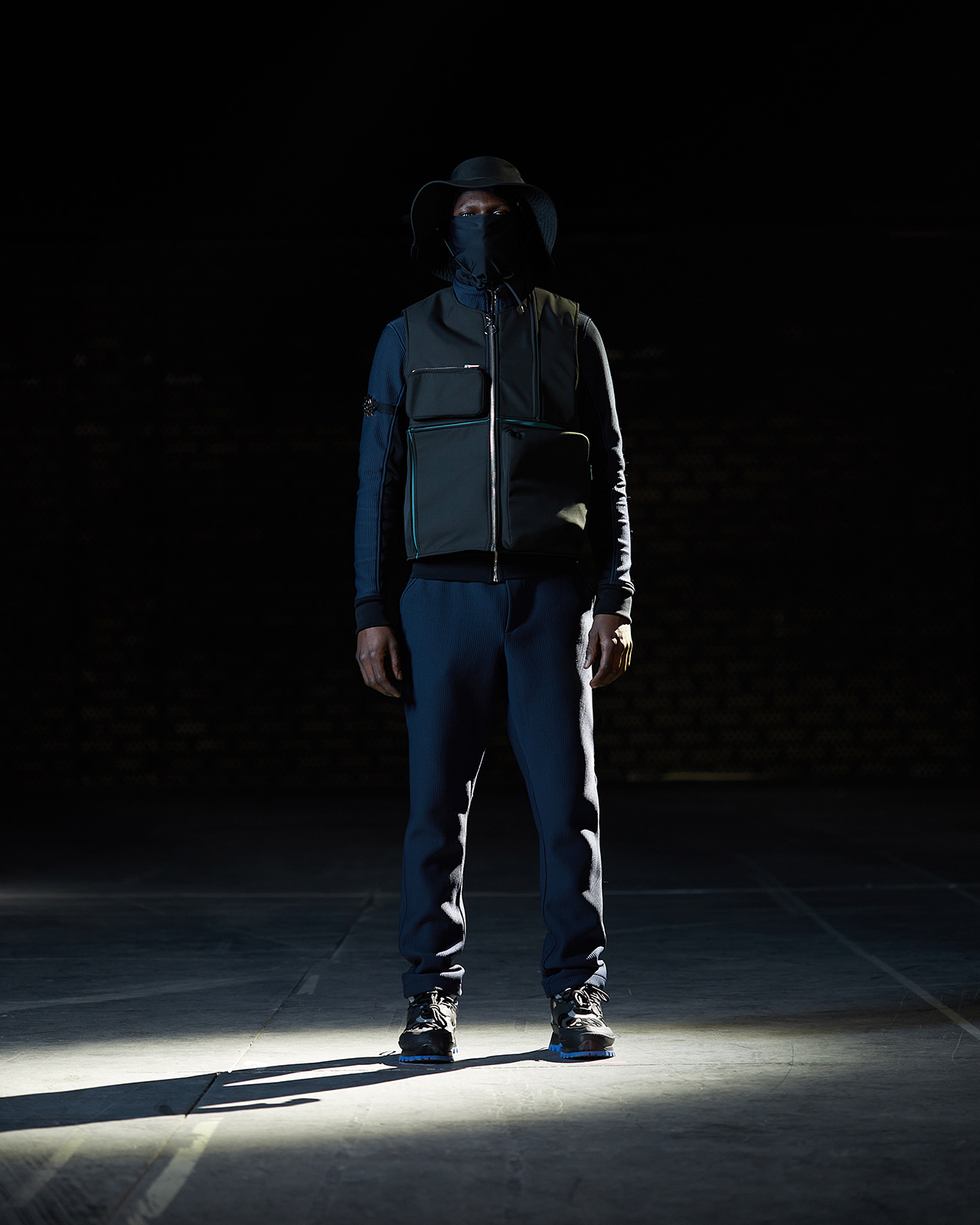 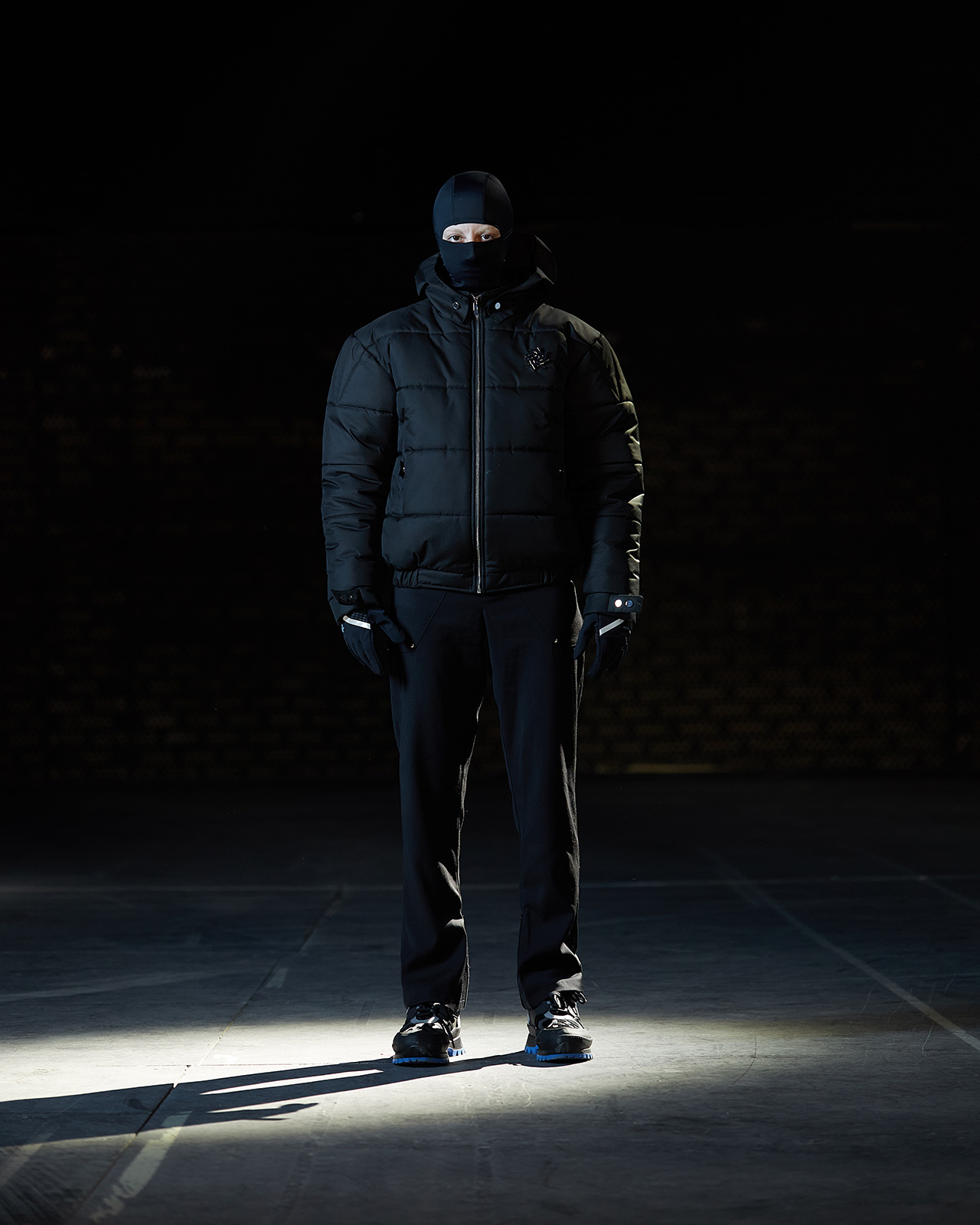 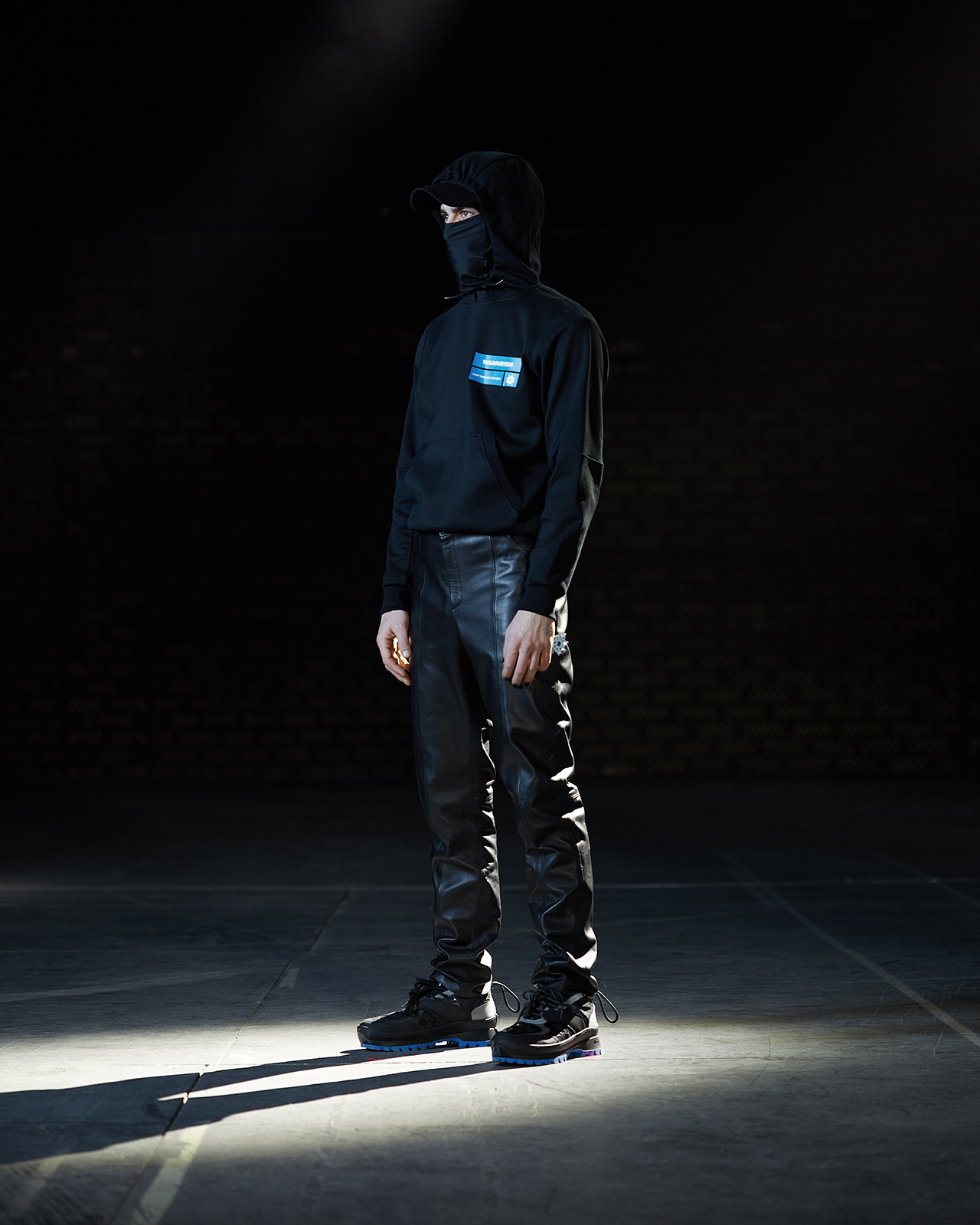 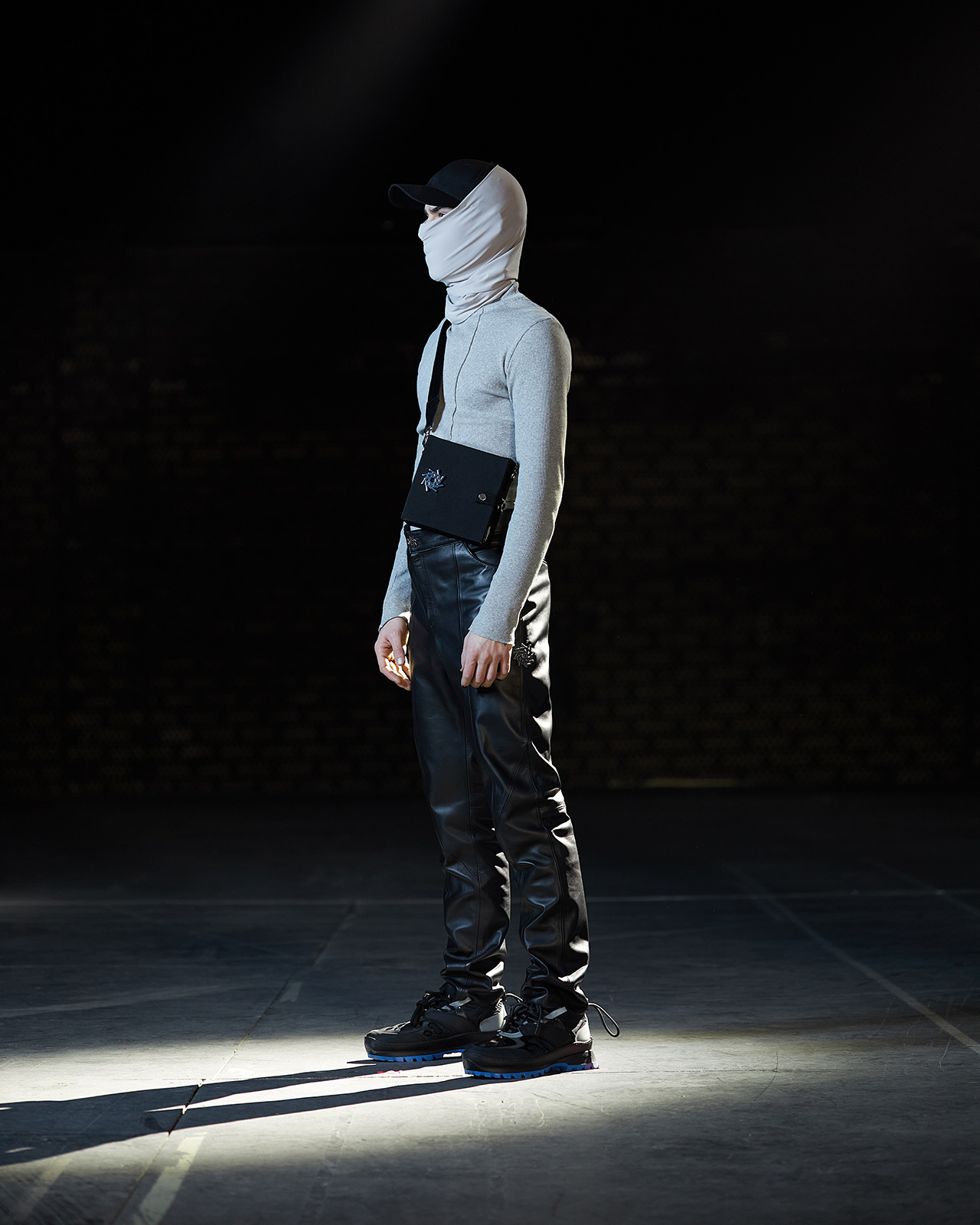 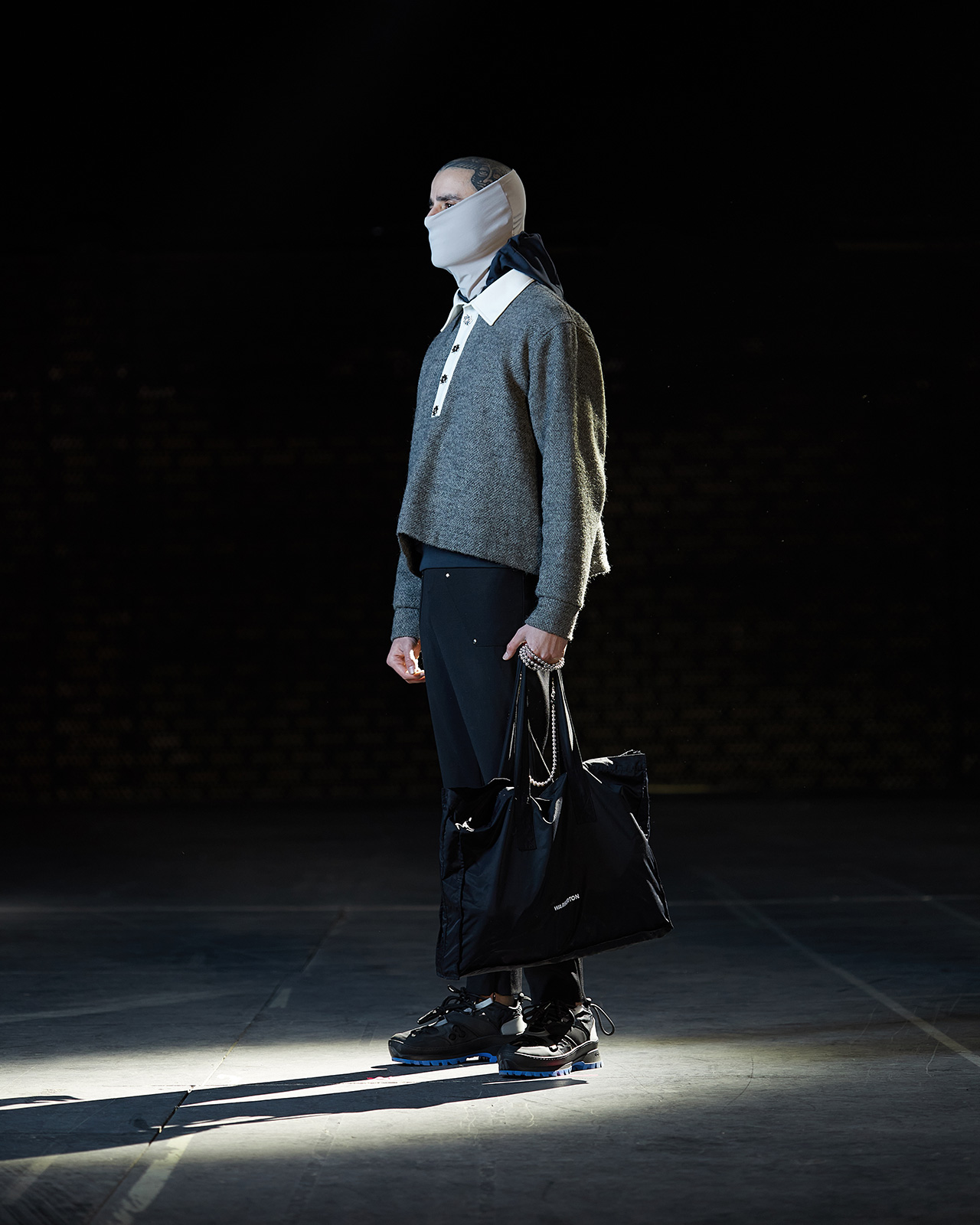 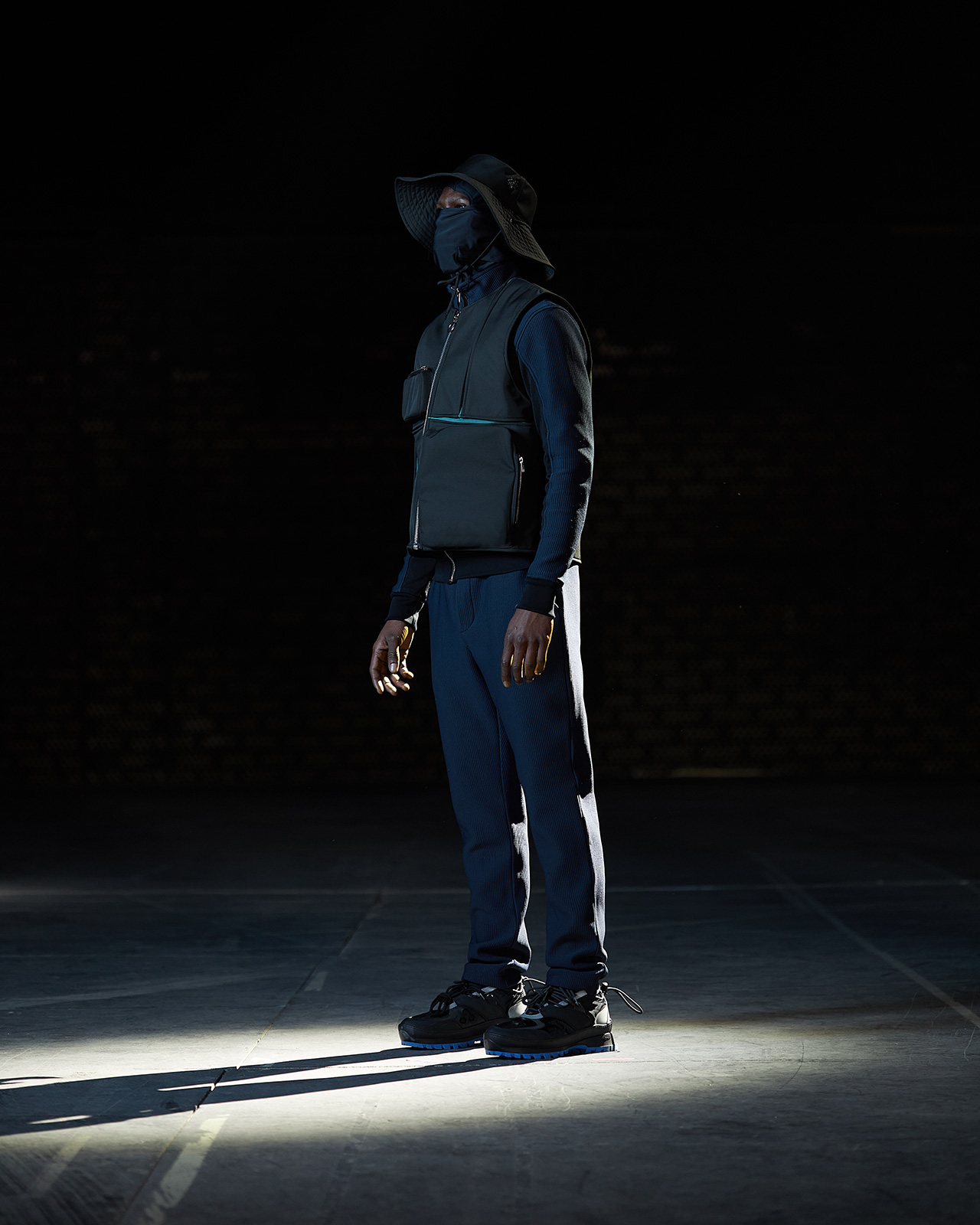 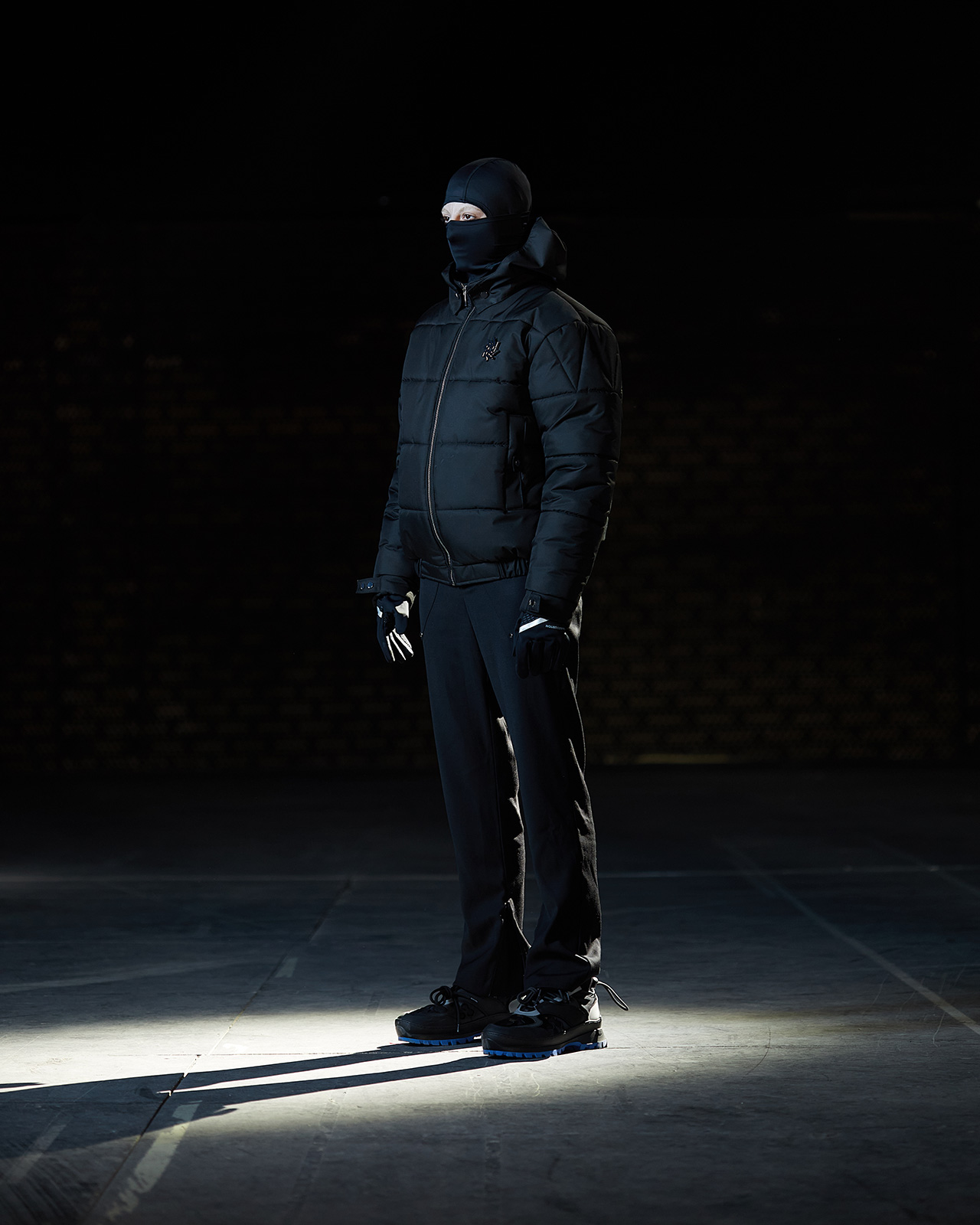 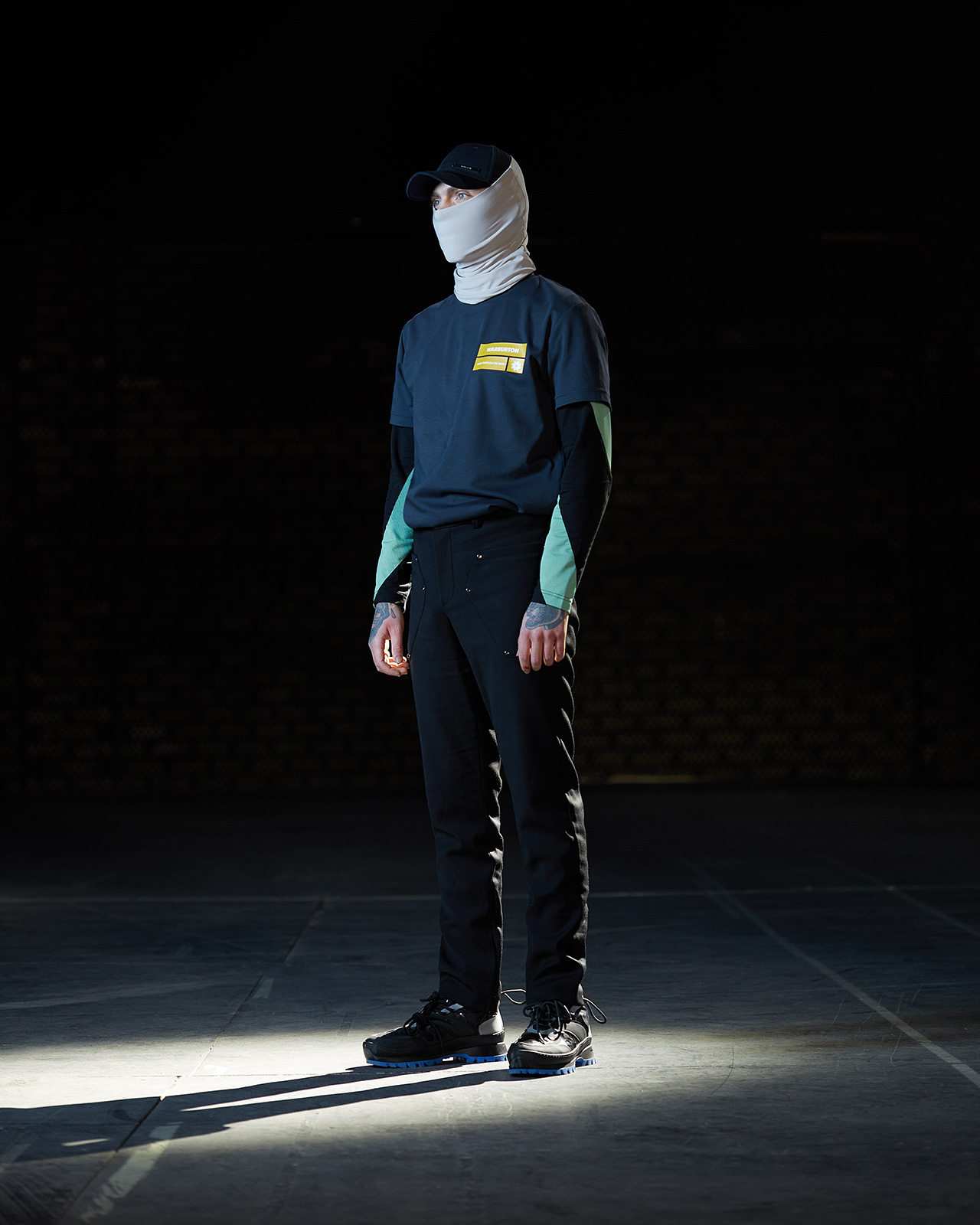 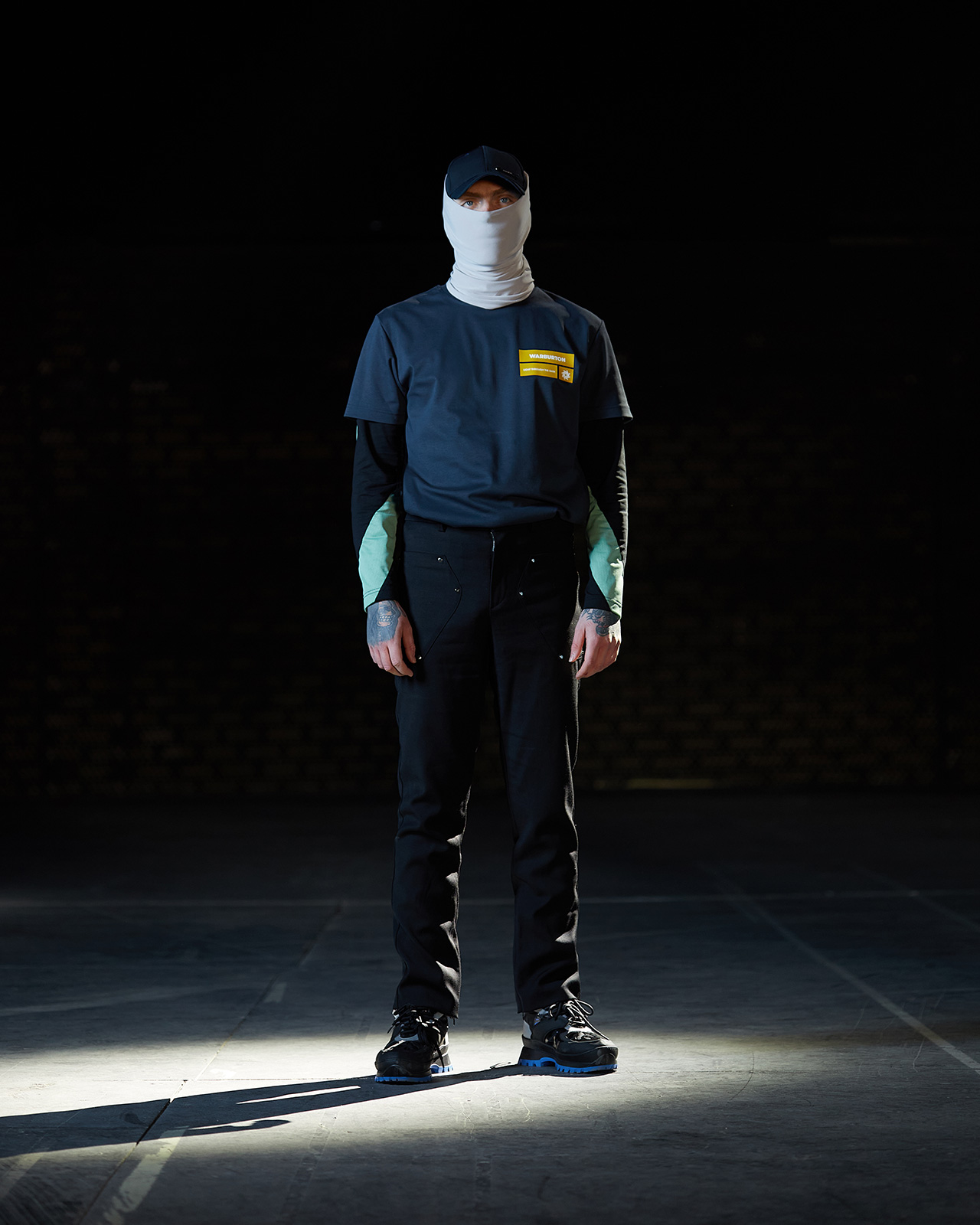 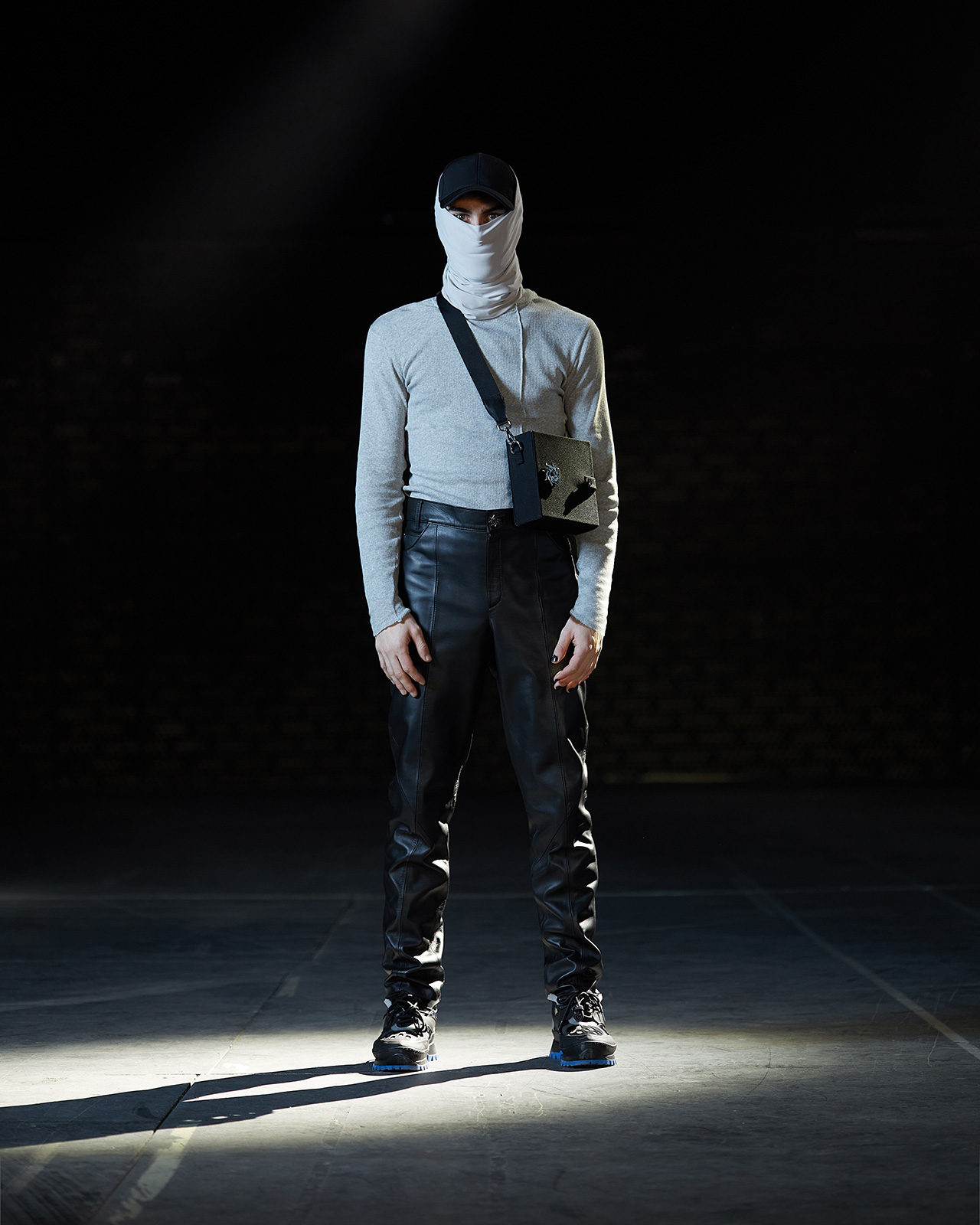