Alien landing on the volcanic island

The first thing that hits you in the humid air when you arrive at São Miguel. The Azorean Island might be in Europe, but it’s lush habitat and volcanic geology gives it a hint of the tropical or otherworldly. Walk & Talk festival explores just that, invented histories and alternative narratives of place. What if this magic island created silver fossils? How do we process isolation? Could aliens land here? Last year art installations from crop-circles, sci-fi film to life sized penis water fountains helped us discover its awe-inspiring landscape. Next month, in July 14 - 23 Walk & Talk returns with a thrilling line-up, that has us reminiscing on last year.
Resilient and headstrong Walk & Talk succeeded in running its 10th edition last year respecting covid restrictions, spaced out, masked up and with forms to fill out up to your eyeballs. This year should be a lot simpler. The sheer quantity of art turned the ten-day trip into what felt like a cultural bootcamp testing our ability to enjoy art from early morning to midnight every day. For some journalists the experience was intense, for visitors and artists it looked like paradise on earth, dipping in and out of the rigorous intellectual creative trips and the natural surroundings. Most talks were given in Portuguese to the flocks of tourists. Nature was our inspiration and our respite.

Hot spring pools, heated by the active volcanoes, in the ocean surrounded by frozen sprawling lava provided the perfect lunch trip after a visit to Luisa Salvador’s part natural part alien sculptures titled Similarity by contact inspired by pre-settlement volcanic fossils. To play with the idea of narrative she landed her own fragile fossils made from Portuguese clay in her studio in Lisbon. The silverly ash glazed hydrangea leaf sculptures were printed from the island’s botanical gardens. She records the overwhelming presence of this Japanese plant, so prevalent in São Miguel they are used as hedgerows. The 104 strong sculptures that remain to this day strewn on the moon-crater surface of volcanic rock jutting into the sea remind us that the boundary between natural, local, or migrant is always an invented narrative. The alien hydrangea sculptures are just as alien as the land itself and since the hydrangea’s arrival in the 17th century it has become a symbol of the island, not marked out as different. Walk & Talk’s inclusive, open, and de-colonial ethics are clear.

The sea, surf and charcoal-coloured black sands are never far off. At a maximum of fifteen kilometres width the island is headily small, mountainous and makes us dream of being a surf bum or an infinitely black hole floating in the ocean like Danny Bracken’s To Catch a Wave sculpture represented. Yet the active volcanoes’ presence in São Miguel, that last erupted in the 1800s, but gave everyone a bit of a scare this year, seems to weigh down on us even if the locals are blasé. That sense of psychedelic isolation and panic was perfectly captured by the evening screening of Lucy Railton and Pedro Maia’s highly trippy film and music performance, Janela Do Inferno. Interrogated on entry by a lighthouse beam aggressively searching our faces in the seats of the cinema after a big day of walking and bus trips in the beating sun, the unpredictable sonic motifs and light was maddening. When the projection started a winding fisheye provided a stumbling sight of the nature we trekked each day, now in chiaroscuro jet-black and white, nauseating, and unfamiliar. Yet, it simultaneously made us want to strain forward in our seats into the rollercoaster highs and lows of the performance. It was breath-taking and plunged us into feeling like the aliens we were discovering an unknown land whilst also creating a sense of isolation that can be felt on the island when it’s not teeming with artistic performances and visitors. A ride for the senses.

Up next, we are interested to see the Azores’ moonscape jungle reinterpreted by prestigious fashion magazine editor and photographer Miguel Flor who joins the 2022 event and the artist, filmmaker and researcher Matthew C. Wilson. The later, Matthew, interrupted the final talk of the festival last year with some existential musing, “Art, why bother?”. His nihilistic outburst on the meaning of art and public exhibitions was met with fierce defence from another exhibiting artist Ellie Ga convinced they must hold on to hope that there is a cultural impact.

Seeing their work in conversation will be interesting. In terms of impact, on the island town itself the Walk & Talk head quarters’ rainbow pride flag flying at Vaga on the street and educational presence has inspired hope for budding queer artists such as atelineiras. Although, most eventually move to Lisbon. Also, Walk & Talk brought the queer club experience to the Grupo Marques Stone Quarry even when partying was on pause. The experimental noise performance, Hodiernity | and the amphibology of the Now (Crying Allegory) located in a forest clearing tested the limits of a microphone rubbed and hit on a rock circle. In the briefly pouring rain some attendees danced to the brutal extra-terrestrial beat imagining the sweating night clubs we so craved at the time. This year, we expect a big party. 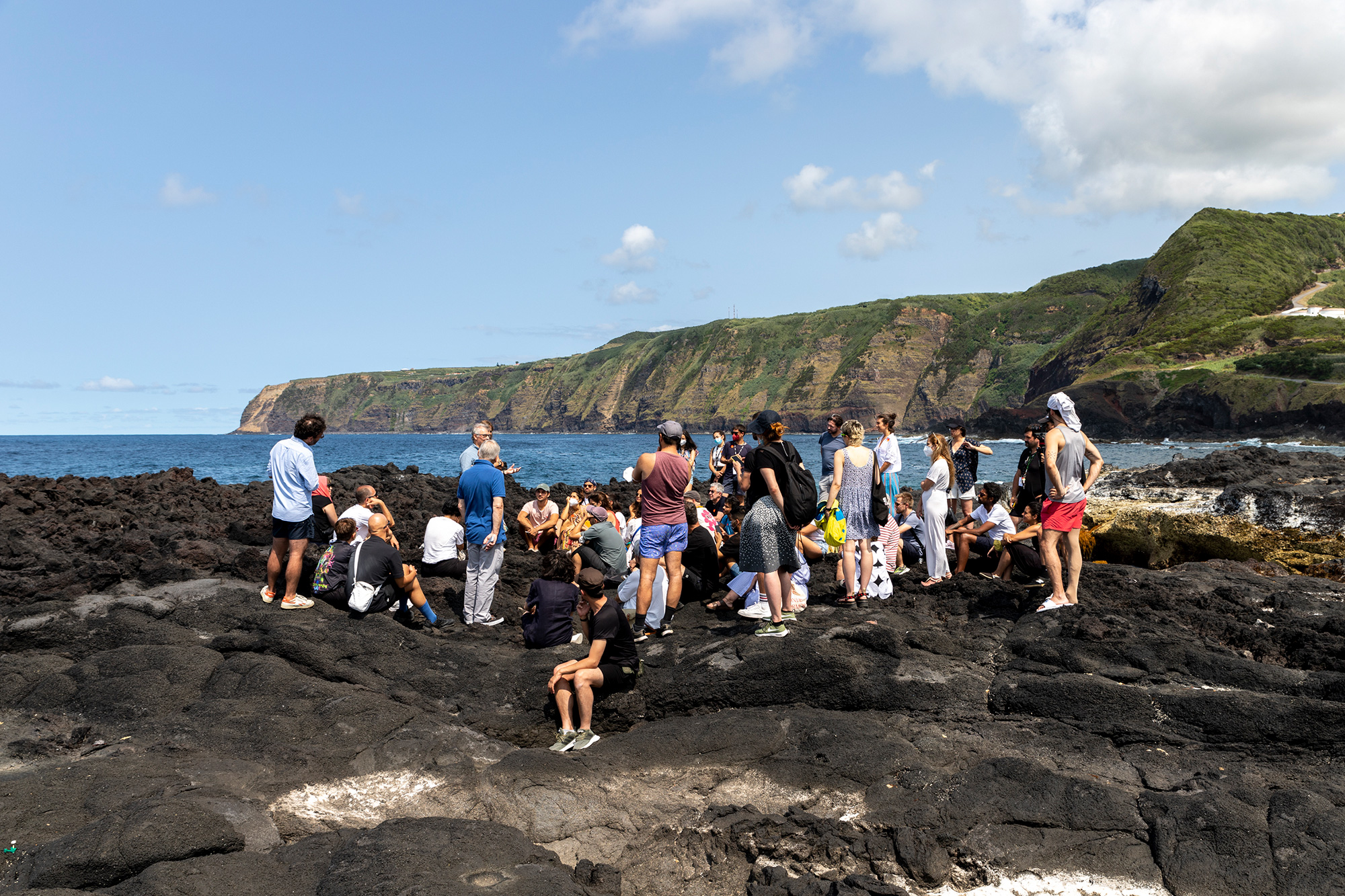 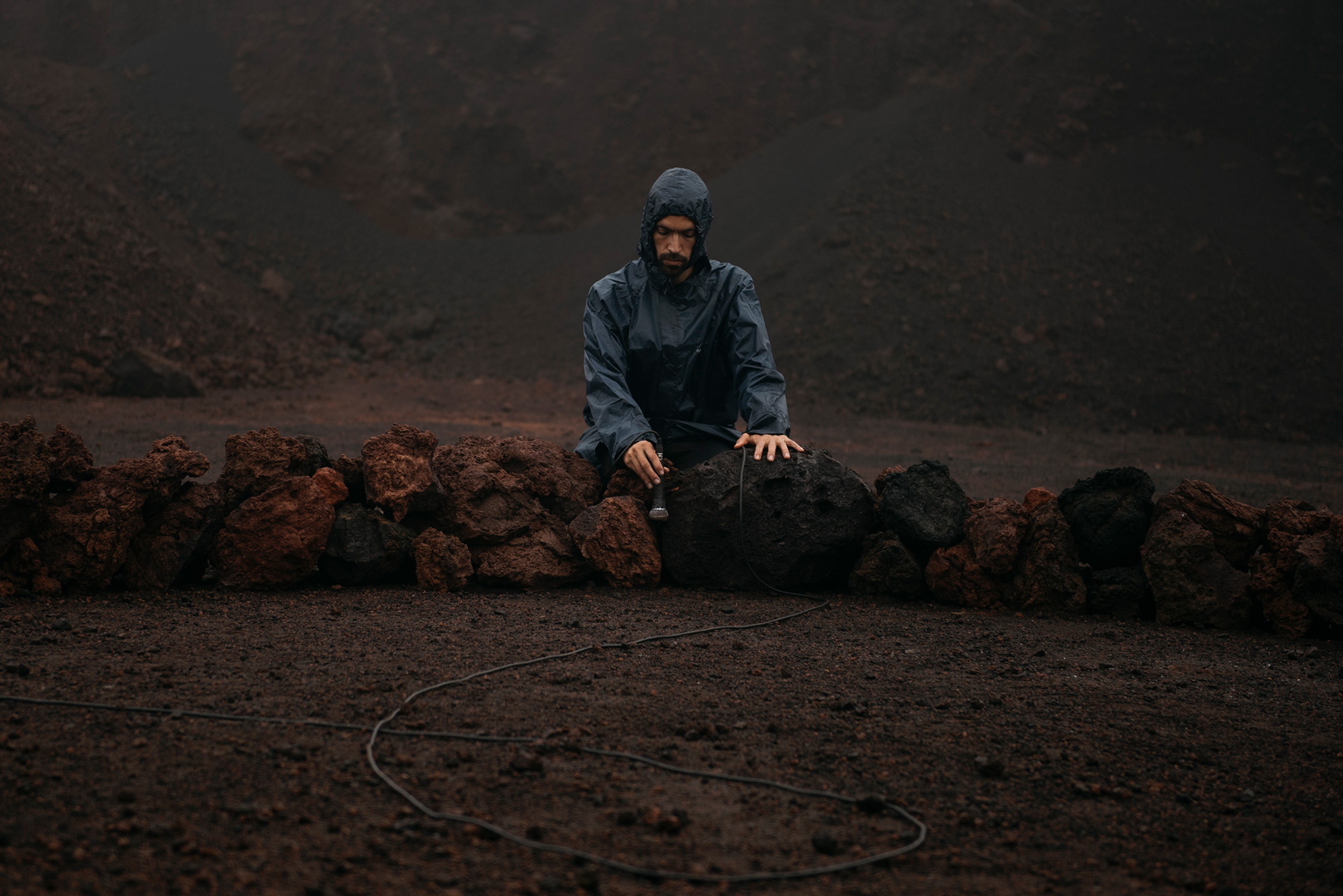 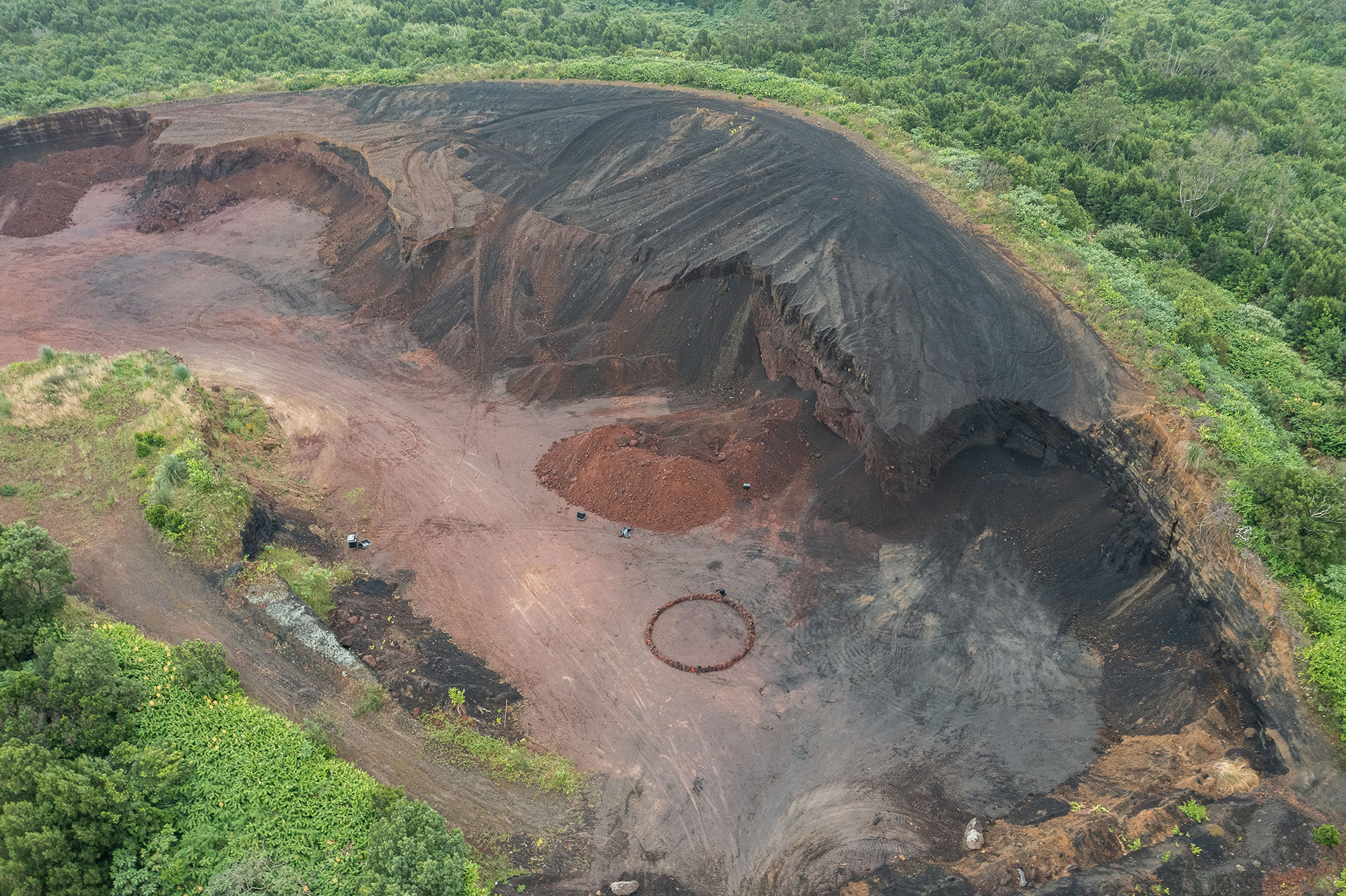 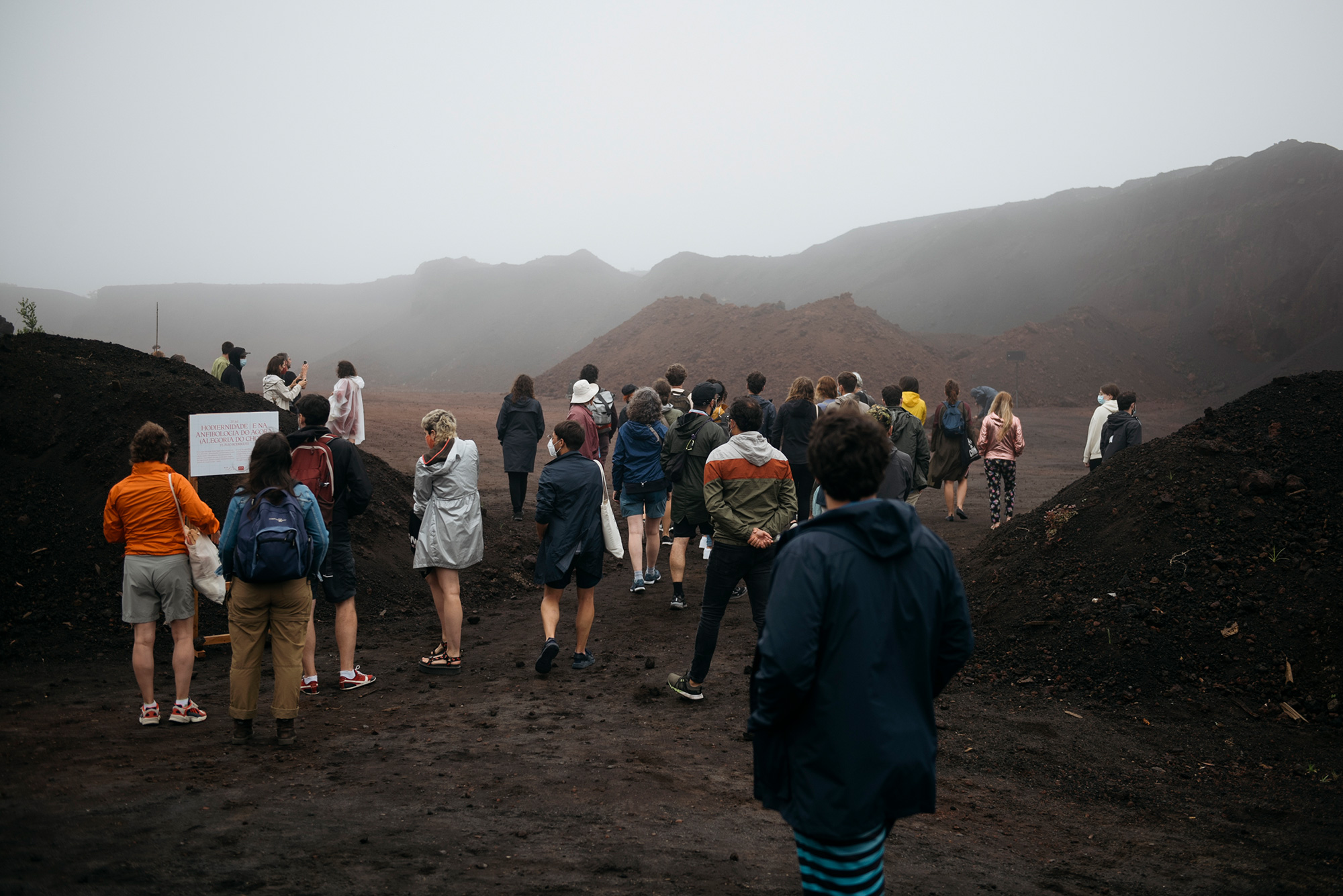 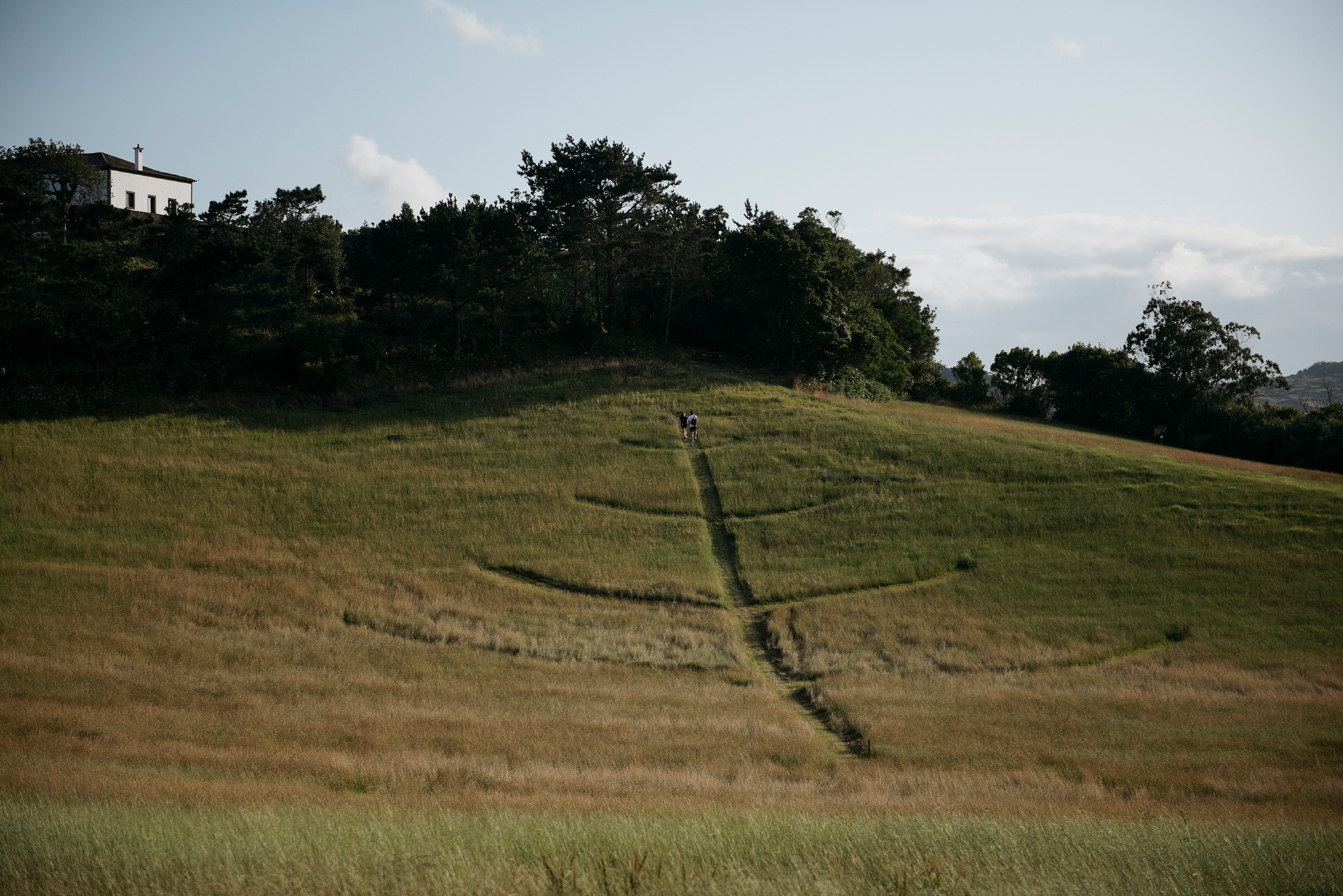 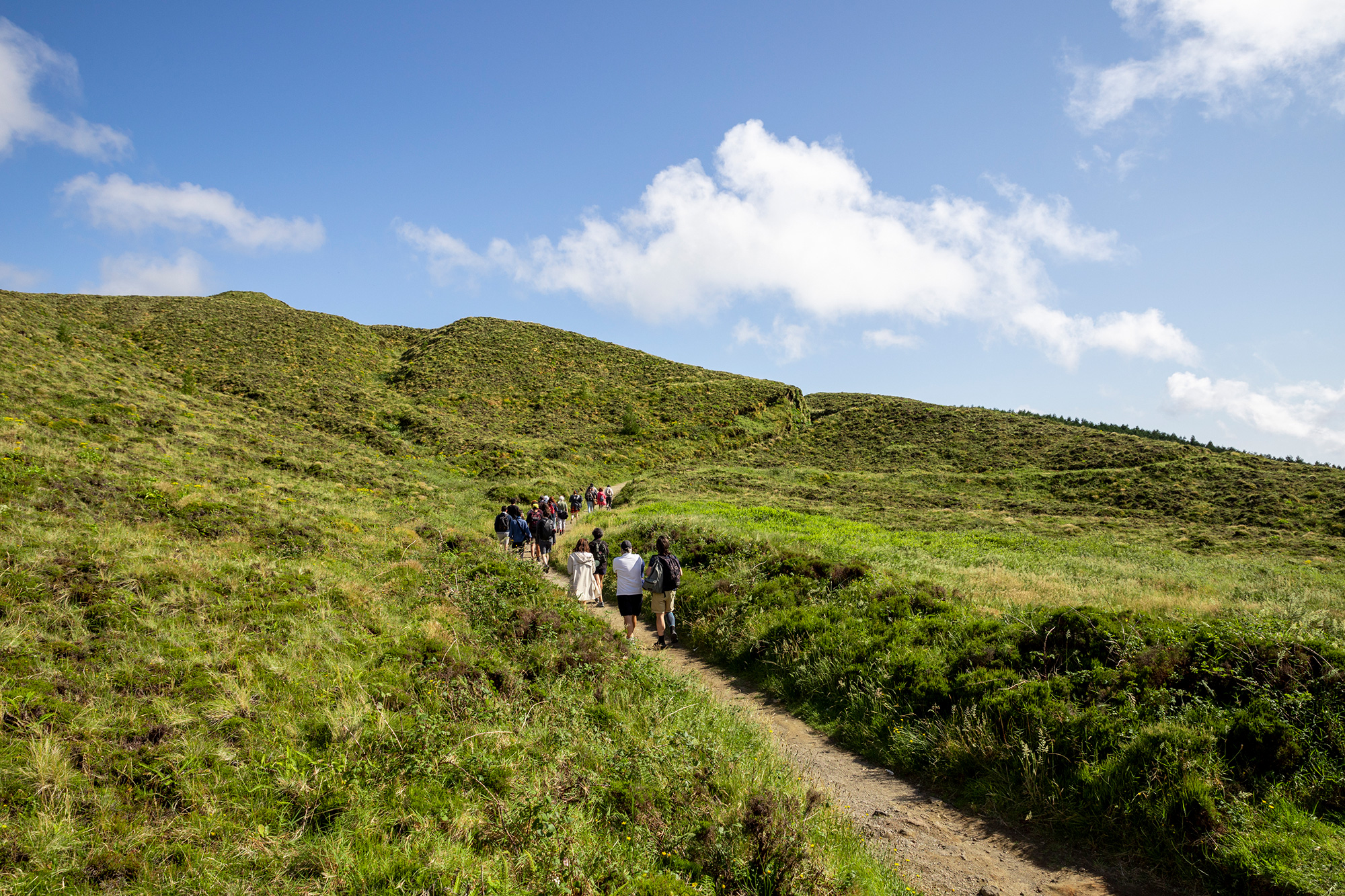 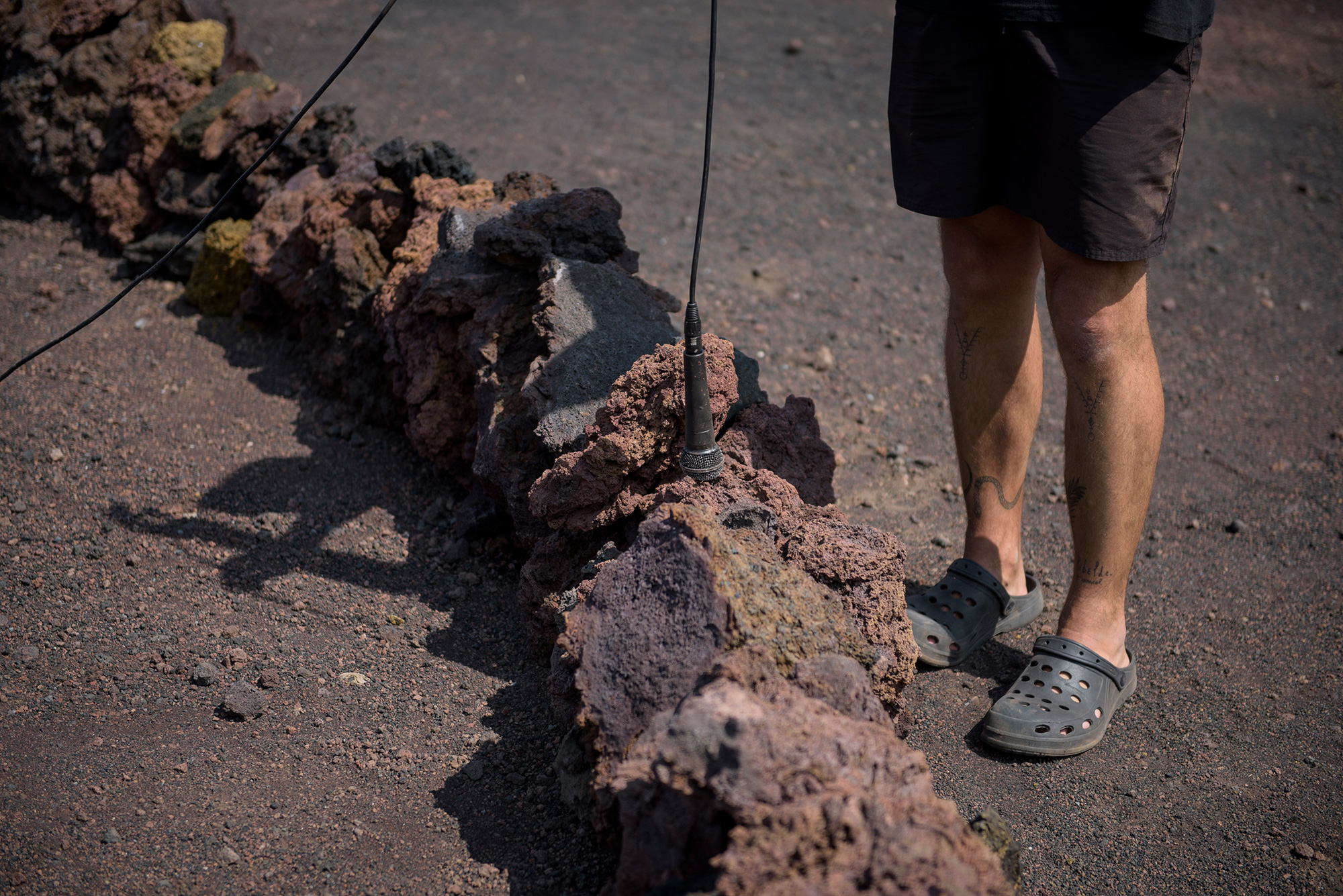 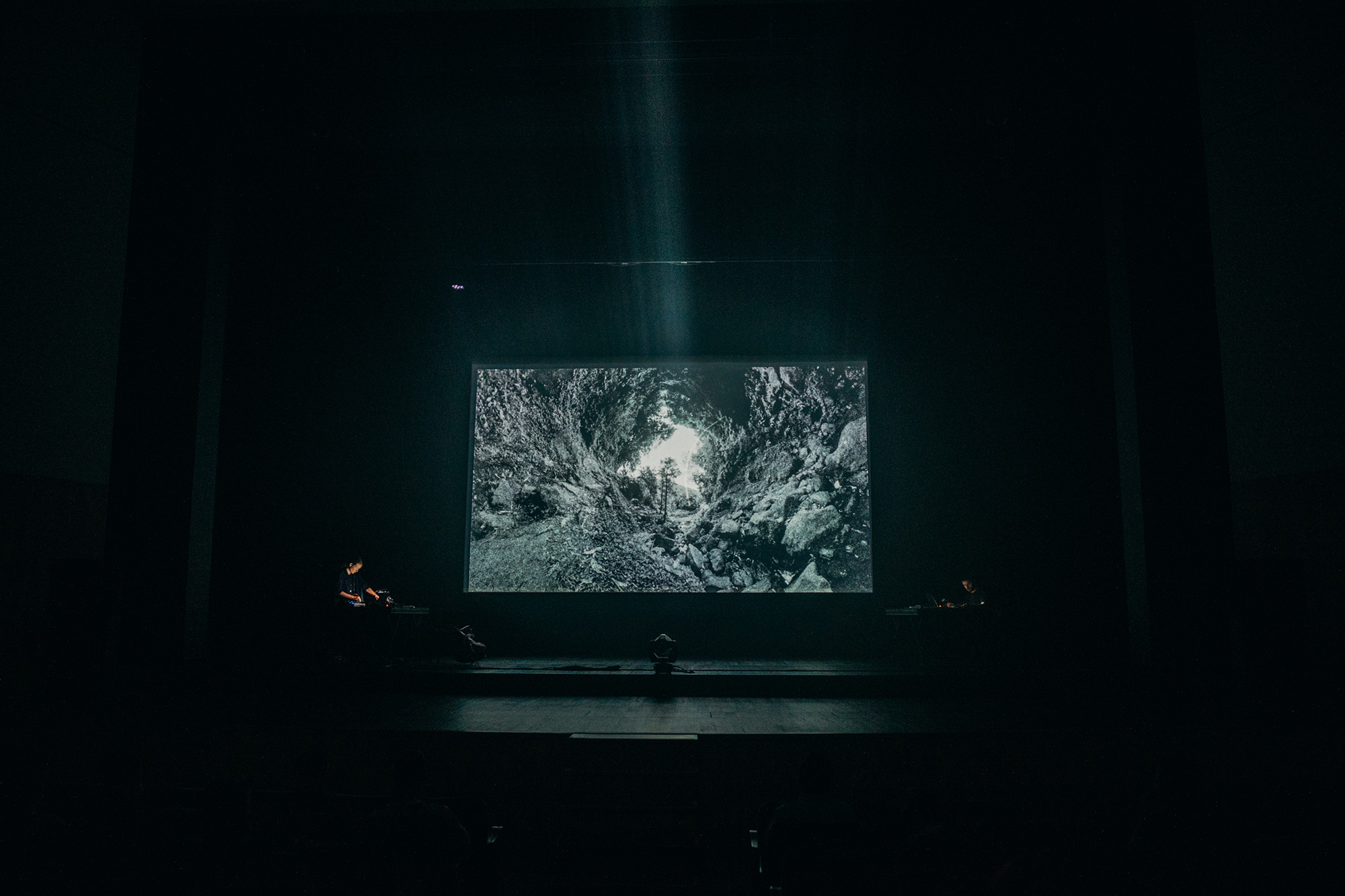 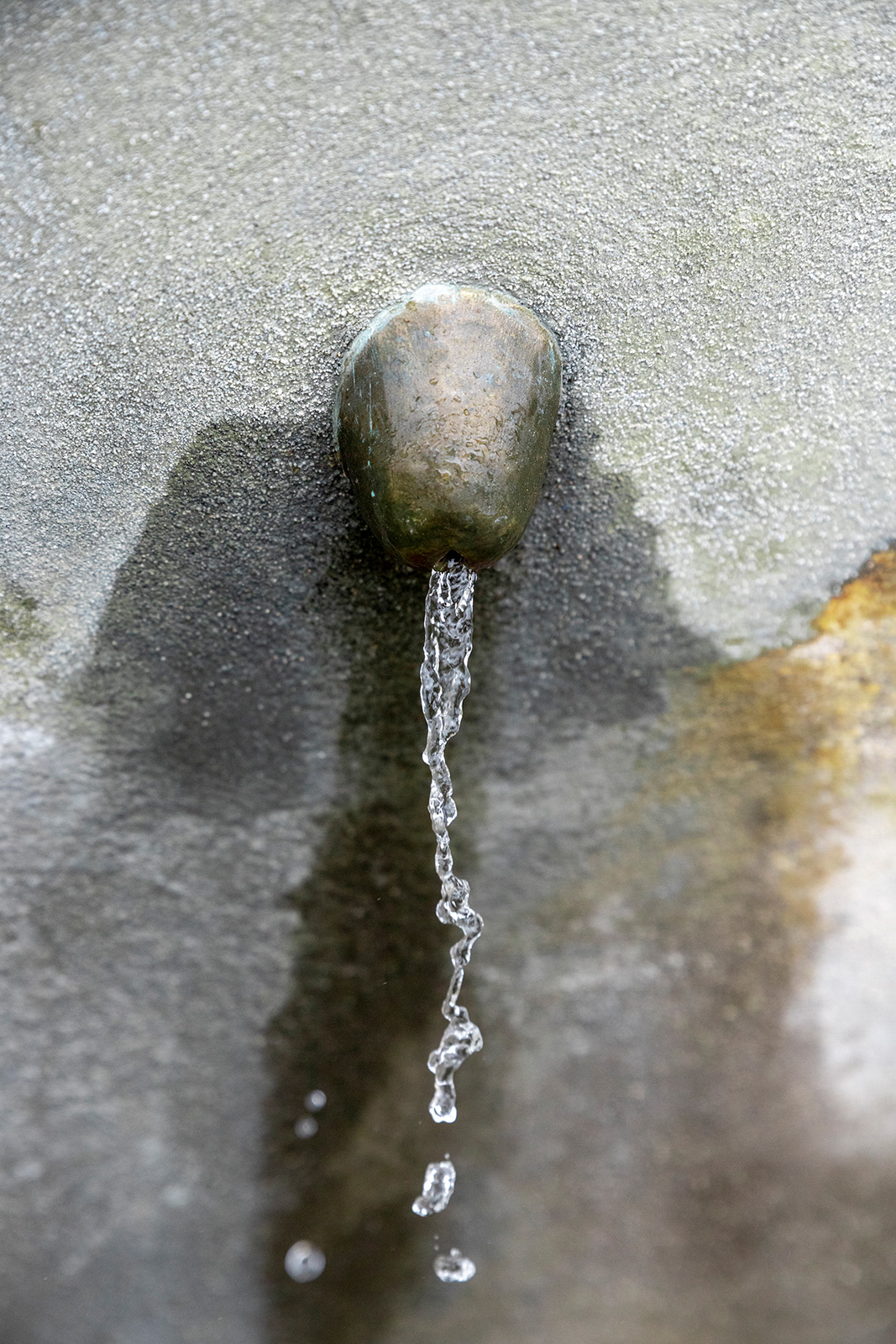 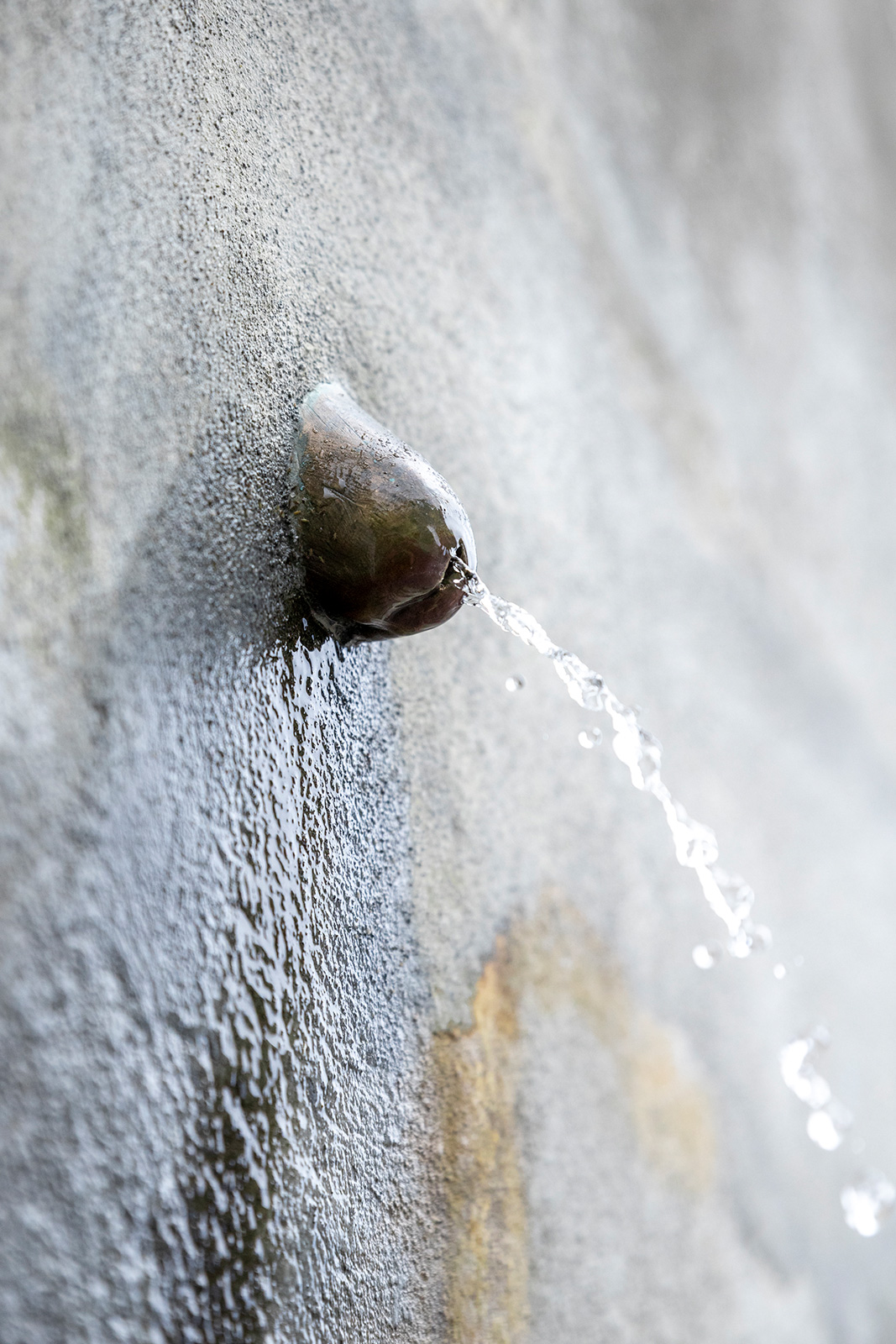