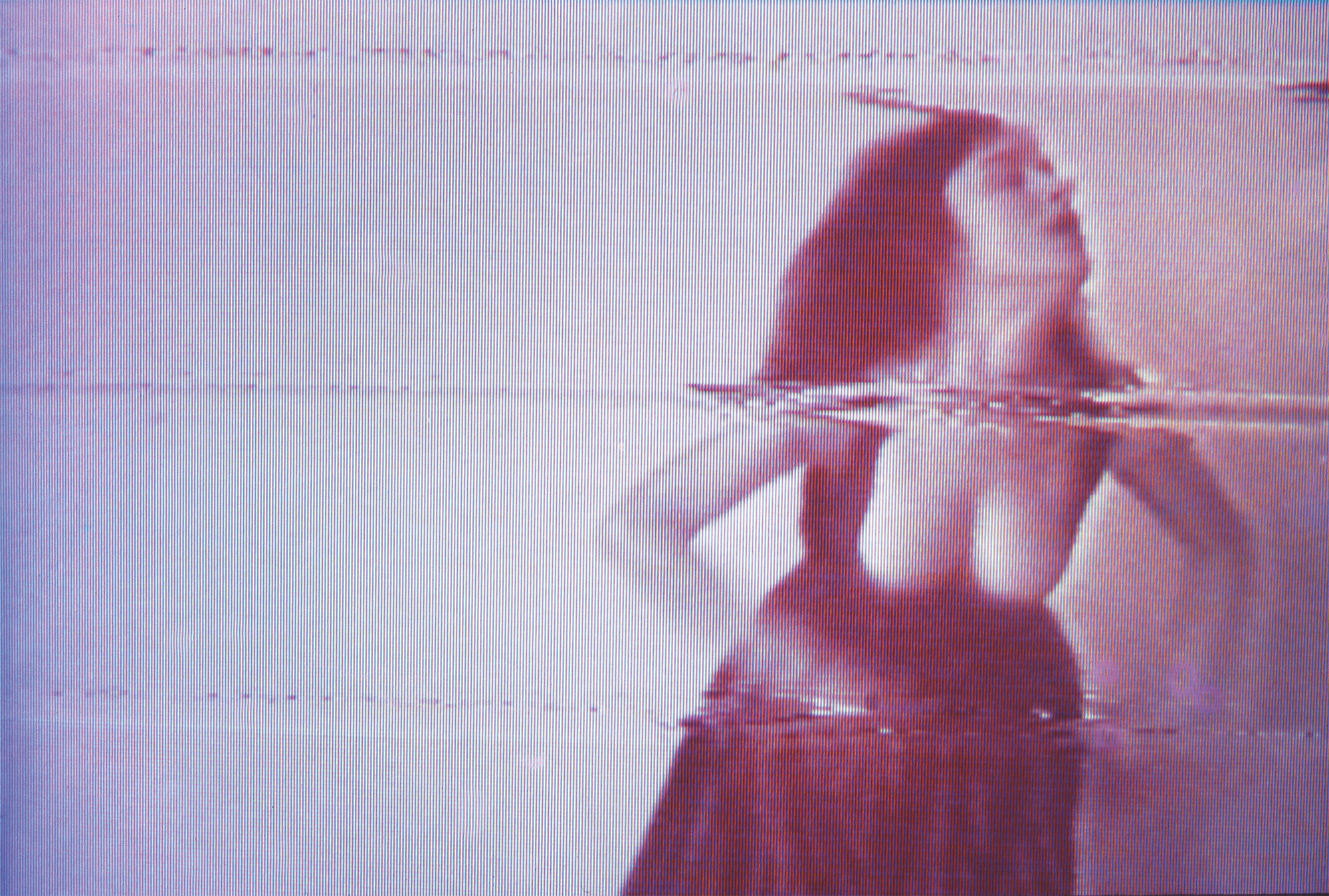 In the midst of a surge of mass sociopolitical movements, like #MeToo or Black Lives Matter, and the age of social media ‘wokeness’ Vienna Art Week’s annual theme of Challenging Orders deliberately finds itself in the bullseye of contemporary relevancy. Questioning and critiquing the status quo is not just a social matter, but an artistic one as well. Indeed, with this 18th edition of the Vienna Art Week, director Robert Punkenhofer and co-curator Julia Hartmann made it their mission to enlist and highlight artists who defy the “dominant ‘ism’” through introducing “new art styles by using nontraditional materials (…) and implemented elements that had previously been regarded as inappropriate.”
To kickstart the event, we were invited to the opening of the House of Challenging Orders, which I was told on the taxi ride there was being held in a condemned 1970s office building. Upon arrival, the theme of challenge was clear. As Punkenhofer further confirmed, the building now housing an array of contemporary artists was to be torn down a week from now, already showing signs of detriment with holes indented around the walls of the three floors. Not only was this space challenging the idea of ‘the white cube,’ a preconceived and socially-accepted art exhibition or gallery setting, it also meant the artists were given total freedom to express their creativity in their ‘office.’ Engravings and writing on the walls, splattered paint on the floors and even bacteria-growing in one room, the artists evidently were shown the green flag to showcase their work to its fullest extent, a privilege not offered by conventional art spaces.

Receiving an immersive tour by Hartmann, who showed us the works of the Guerrilla Girls – a feminist art group which exposes the place, or rather the exclusion, of female artists in the art world plastered and projected across several floors, and Christiane Peschek’s Boys Like Me, a series of self-portraits printed of polar fleece questioning fixed ideas of identity, we run into several artists still tirelessly working on their projects, rushing to complete them before the official start of the night.

Around 7:30 pm officially kickstarts the event, with speeches made by the director and co-curator, seamlessly preceding the first performance of the night by Roberta Lima. A fully nude model appears, as if she had always been there, before kneeling in front of the crowd of attendees and applying red and black paint all over her body. She then stands up and walks through the building, whilst leaving traces of the paint on the plastered walls, and into Lima’s dedicated artist space which holds her Céu e Terra installation, featuring a suspended cloth, cables and strands of wheat hanging through the ceiling, all stained with red and black paint. The crowd follows the model into the room, watching her with various expressions of shock, discomfort, astonishment, amazement and even confusion while she exerts different poses in the centre of the room. After a long moment of silence and standstill, a moment in which most of us were questioning the proper etiquette of performance art, a swift “thank you” signals the crowd the performance is over.

Alongside the House of Challenging orders, Vienna Art Week enlisted various artists to showcase their work in established art residency houses and open studios. Of these included a special tour of the historic Secession building, an embodiment of defiance built in 1898 and conceptualised by artist Gustav Klimt and his close circle of friends, who withdrew from the Künstlerhaus group of Viennese artists two years prior to focus on more progressive art. Whilst the outside of the building clashes with its traditional Viennese contemporaries, notably the impressive golden dome found atop of the controversial building, the inside reflects this idea of challenge, currently housing works by Swiss artist Jean-Frédéric Schnyder. This exhibition showcases an amalgamation of paintings created over forty years, organised by size – starting with pieces as small as A4 til larger-scale works – an unconventional system, opposing the usual chronological order. The unconventionality continues into the art work, of course, as Schnyder seamlessly brings together ‘classical’ and traditionally accepted perception of arts, such as Biblical images of saints, with artistic ‘mistakes,’ such as covering those very faces with messy, childlike smiling faces. For Schnyder the process and the result are not separate entities. In fact the process becomes the result and his ‘mistakes’ are celebrated and incorporated into his art.

Next up, we headed to the Das Weisse Haus (translating to ‘the white house’), which offers residencies for local and international artists as well as curators and critics. Welcoming us into the entrance of the, indeed, white building, was the unfinished work of Ana de Almeida, a Lisbon-born Vienna-based artist. Showcasing her work mere days before the official opening of the And So On exhibition curated by Kathy Cho which features an array of artists, de Almeida presented her piece Flying Dogs. Composed of motif-decorated tiles, de Almeida turns to the history of Das Weisse Haus, which was once a female teacher’s training college from 1885 til 1962. Playing with the term ‘Flying Dogs,’ the motif found on these tiles and a nickname for female teachers in an age where teaching was the only professional option available to many women, the artist creates a ‘living archive’ of feminist history as she invites us to explore and compare the dogma of post-world war feminism to today’s current discourse, and question the role of gender in a professional setting.
Located in the middle of Vienna’s artistic museum quarters is the Q21 artists-in-residence exhibition space, which housed artists from all walks of life, younger and older, physical and digital, visual and audio. The artistic viewpoints were diverse, to say the least. Photographs of modern-day witches by Jennifer Loeber, a human interpretation of a bird’s songs by Rebecca Chesney and Lubaina Himid, or a robotic system made out of Spam tin cans by Neil Mendoza all called out an issue which pressed the artists, from the 2016 United States presidential election of Donald Trump to the non-agency of cattle being born and raised into the meat industry. A reparative nature was at the core of the Q21 artists, mending the wrongdoings of human action.

Last on our tour of open studios was an old tire company turned art studio currently housing Iranian artist Soli Kiani. Kiani tells us she has just come back from a trip just outside of Vienna late last night, and has spent the day setting up her studio for visitors, which is usually much messier and crowded with tools and equipment. In the wake of Iran’s civil protest triggered by the death of 22 year old Mahsa Amini, Kiani’s work felt more relevant than ever, exposing an ongoing issue which her native land has been facing since the Islamic Revolution of the late 70s. Amongst the work displayed was a series of images pertaining to her 2=1 series, in which three black and white photographs are placed next to one another, depicting the lower half of dancers wearing a long skirt, two of which were women and one a man. As Kiani explains “the legal code in Iran stipulates that a woman is always only worth half as much as a man,” such as through court statements or inheritance laws. Scattered across her studios, on the floor or attached to a pole, was a series of sculptures made out of rope, the same rope used for public executions. If her stand-alone work was breath taking on its own, the explanation behind those pieces left us speechless, in awe of the dire situation women face daily in Iran.

Feminist takes, questioning gender norms and turning to unconventional materials leaves hope for current and future artists to stand their ground with conviction, calling out issues each are currently facing in a world of flawed politics. All in all, the theme of Challenging Orders offers not only great art, but an opportunity to open up conversations and debates, and is always questioning society’s operating systems. Running until November 25, Vienna Art Week is an event not to be missed.
The different exhibitions from Vienna Art Week are on view until November 25. 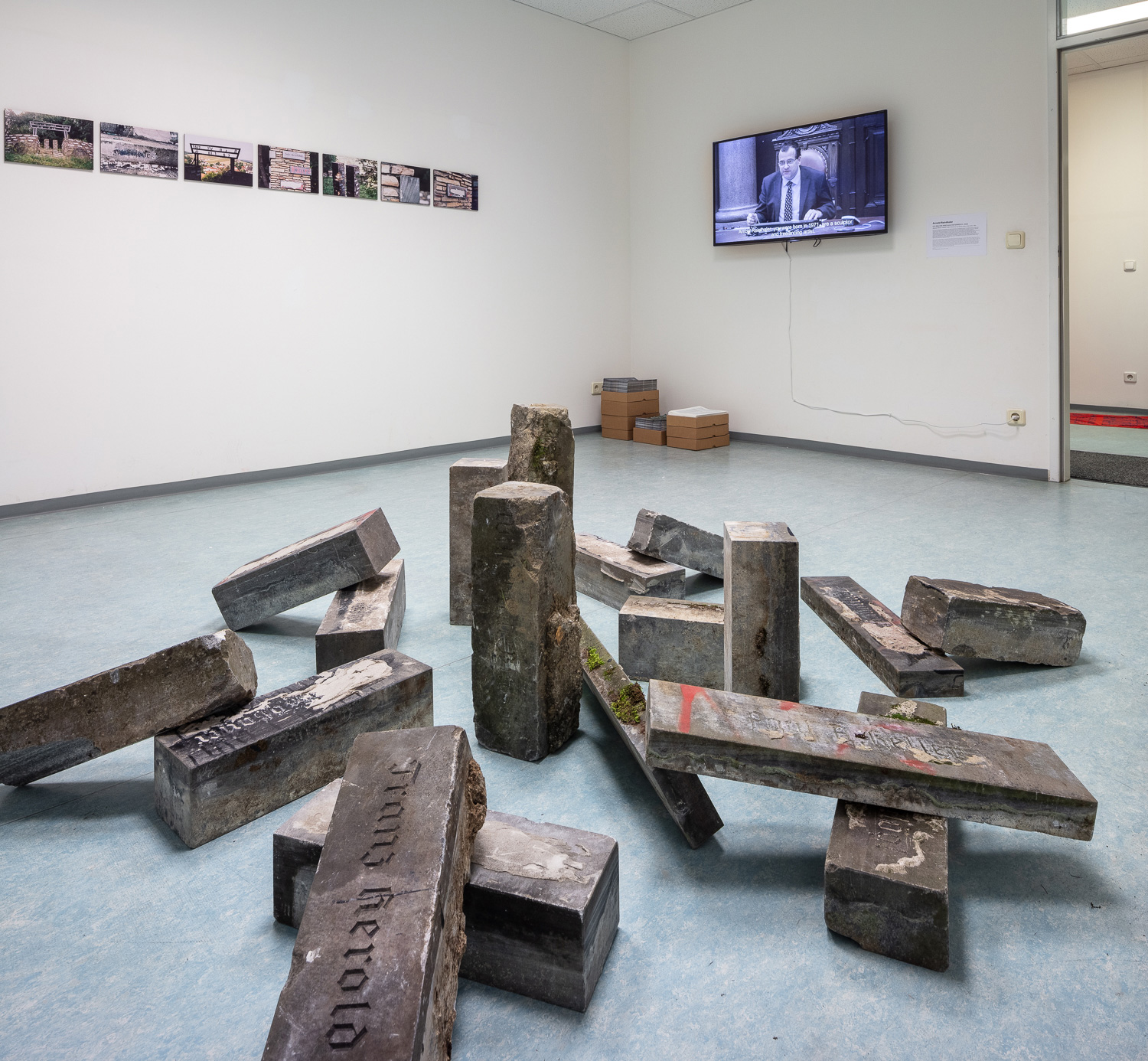 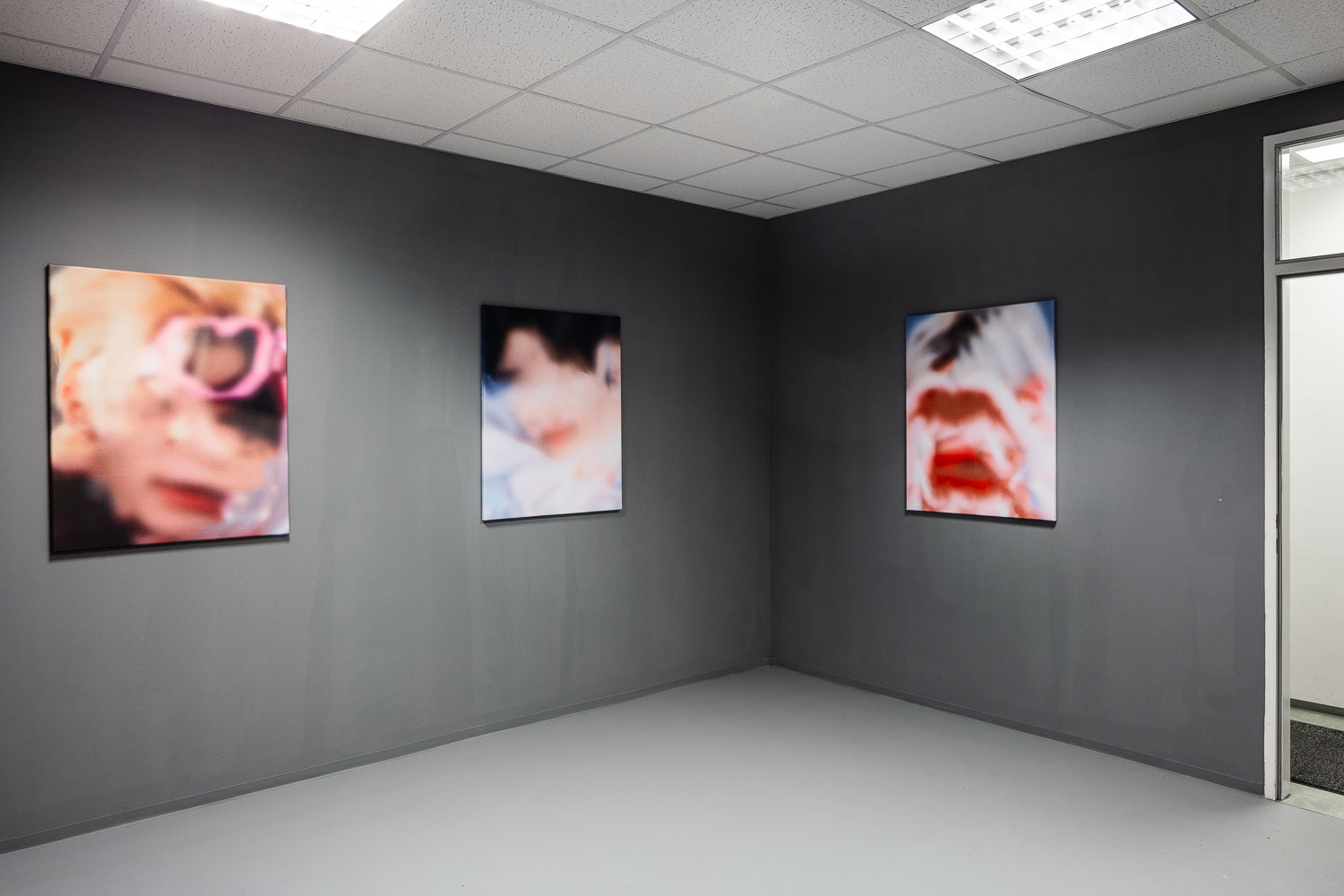 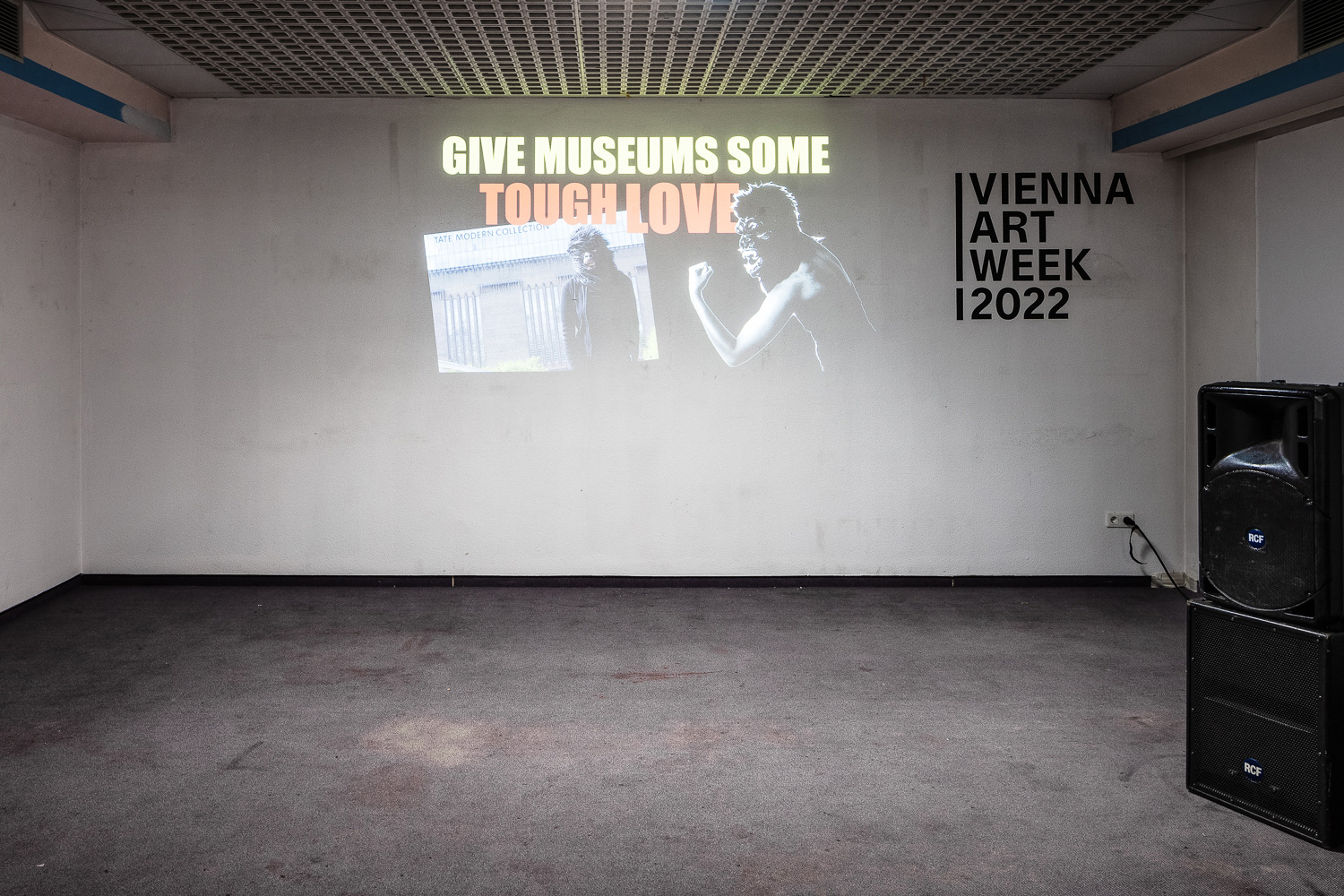 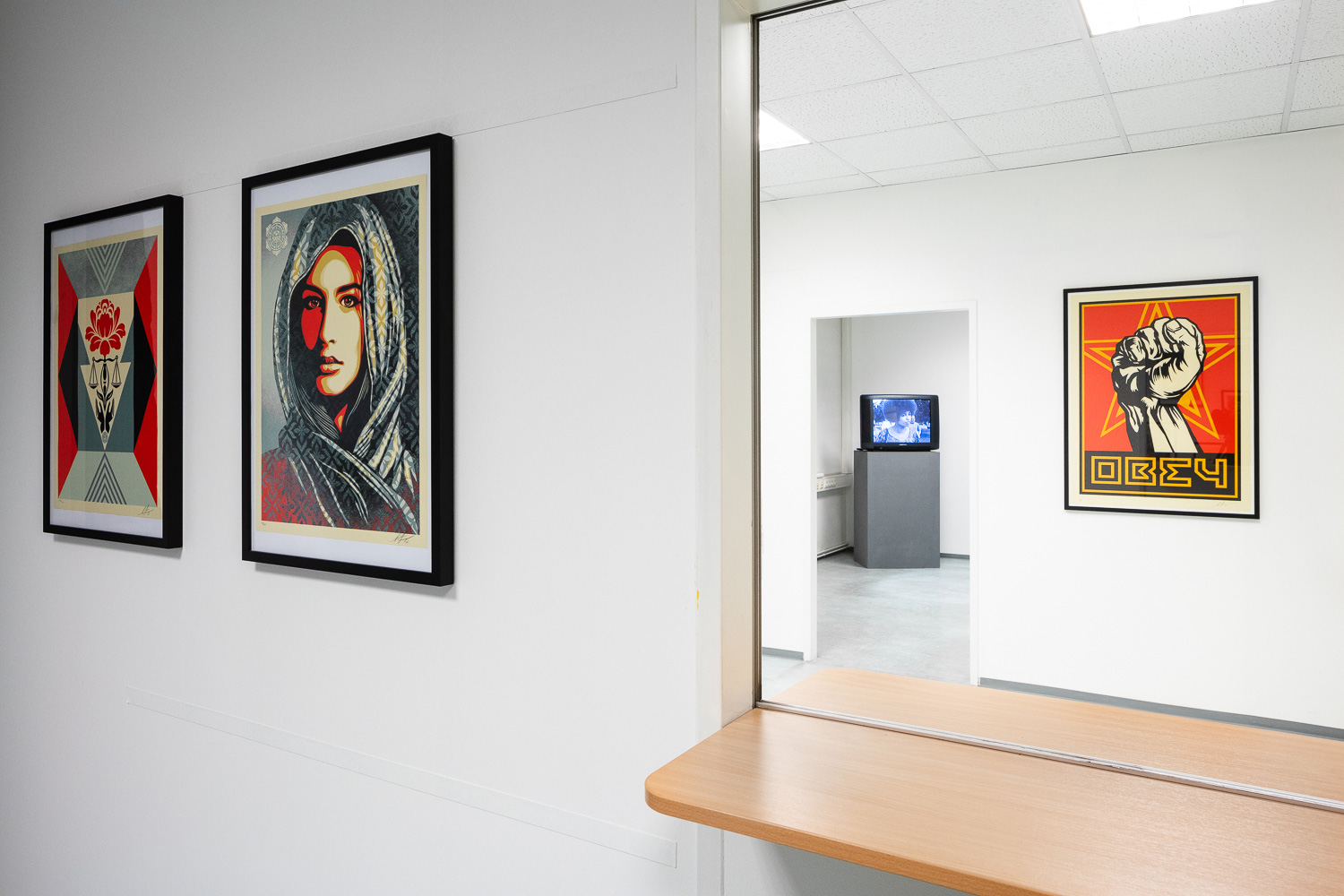 Pipilotti Rist. I'm Not The Girl Who Misses Much 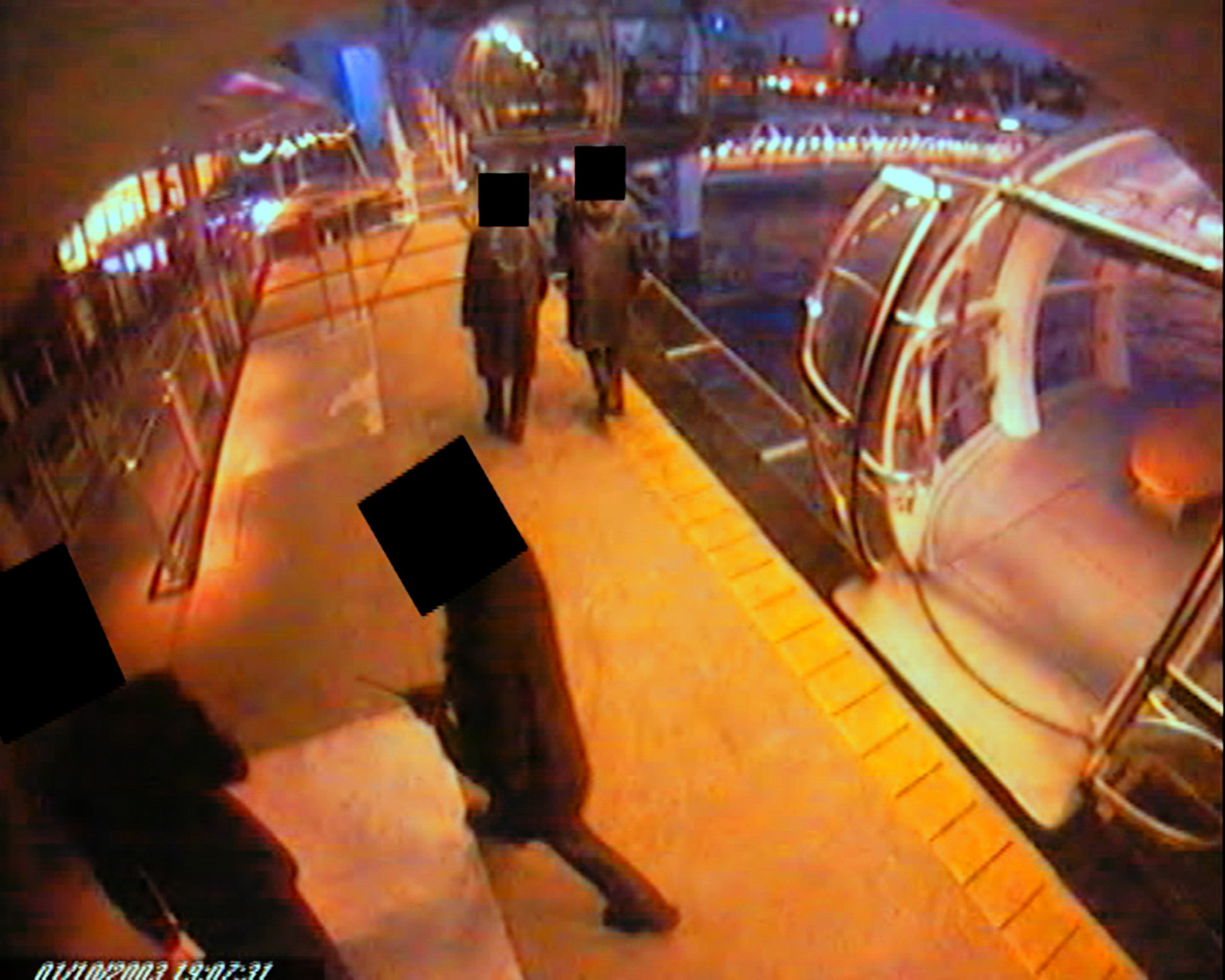 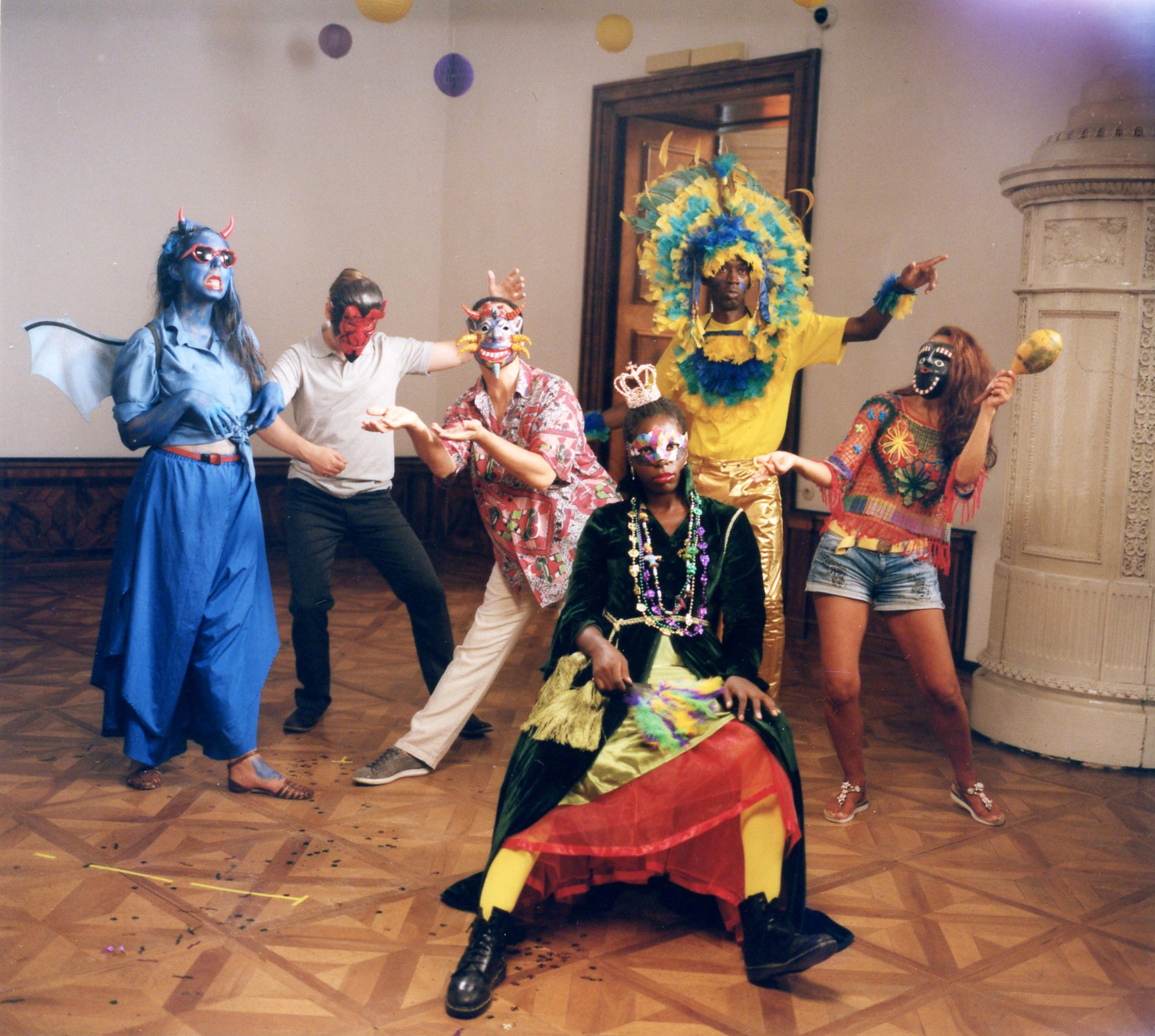