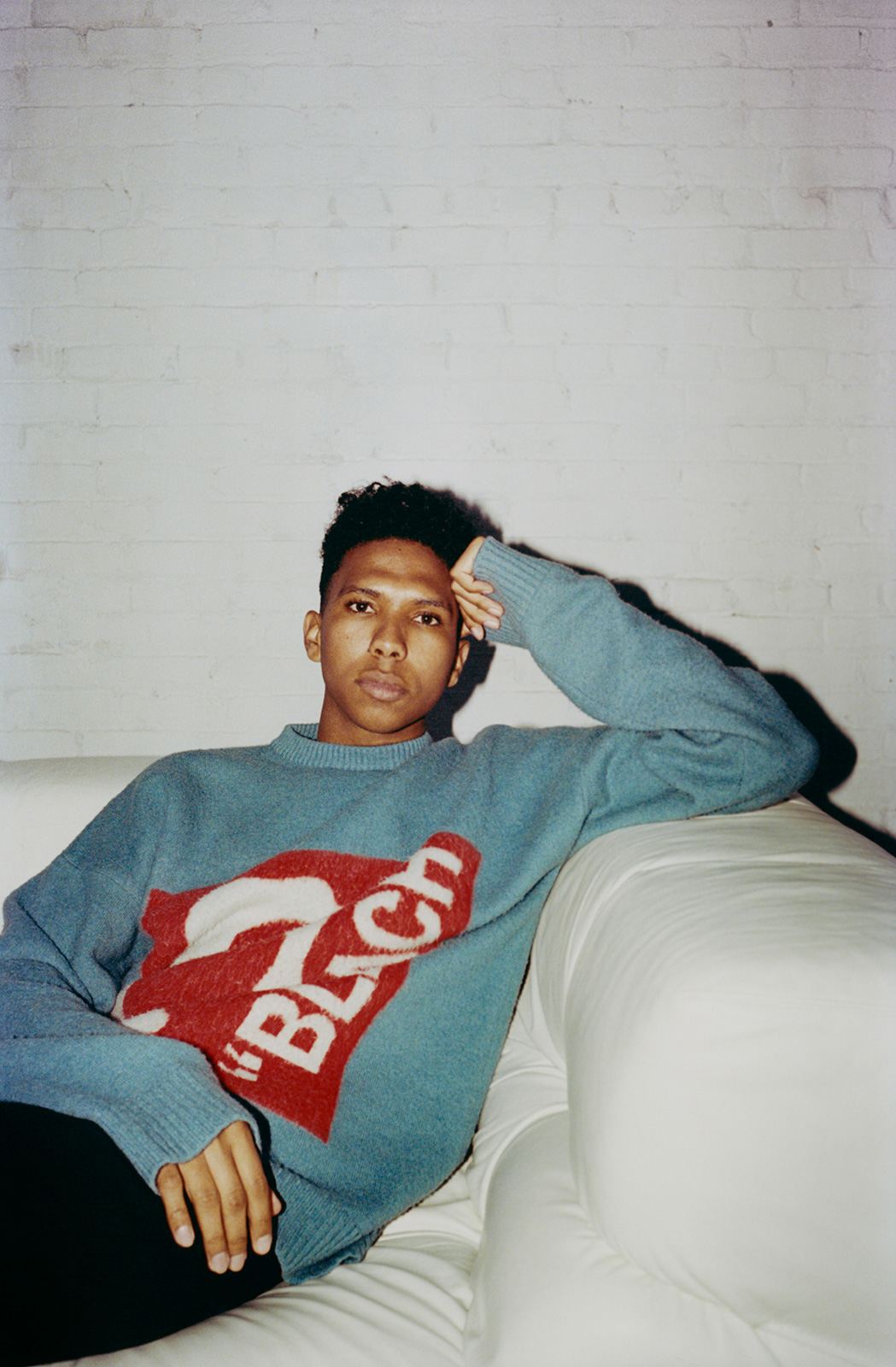 Tyler Mitchell, the young fashion photography wunderkind, who in 2018 became the first Black photographer to have their work featured on the cover of Vogue, finds a new home at the London gallery Gagosian. Having had his work featured in numerous galleries across the United States and further afield in Europe, the opening of Chrysalis, his first exhibition in London, is a testament to Mitchell’s universal allure as a photographer and storyteller. The exhibition, which is now open to the public until November 12th, also coincides with the opening of the Saatchi Gallery exhibition, The New Black Vanguard, in which Mitchell’s work is also featured.
The exhibition, which centres around playful images of young Black folk, is a meditation on the history of Black representation in photography as well as a creation of an idyllic, nature-based, utopia. Shot on location in upstate New York, as well as in Mitchell’s studio in New York City, the series of images play with raw as well as manufactured natural elements, to present opposing narratives of both tranquility and struggle.

In A Glint of Possibility, a young boy is suspended above water, staring at his own reflection, in a romantic pause, taking himself in, while in Tenderly, a series of muddy footprints are captured, their damp imprints visible on the floorboards. Through emphasising this dichotomy between nature as an escape as well as force of danger, Mitchell rewrites and mythologises Black existence, “collectively, these moments become figments of an imaginative psychic state of being, one in which radiance, resistance, restraint, comfort, and full human agency exist,” he elaborates.

The series of photographs exhibit stark beauty and are complemented by one another, connected by the natural world in which they are pictured, one that exists somewhere between truth and dreams.
Tyler Mitchell's exhibition Chrysalis is now on view at Gagosian London until November 12. 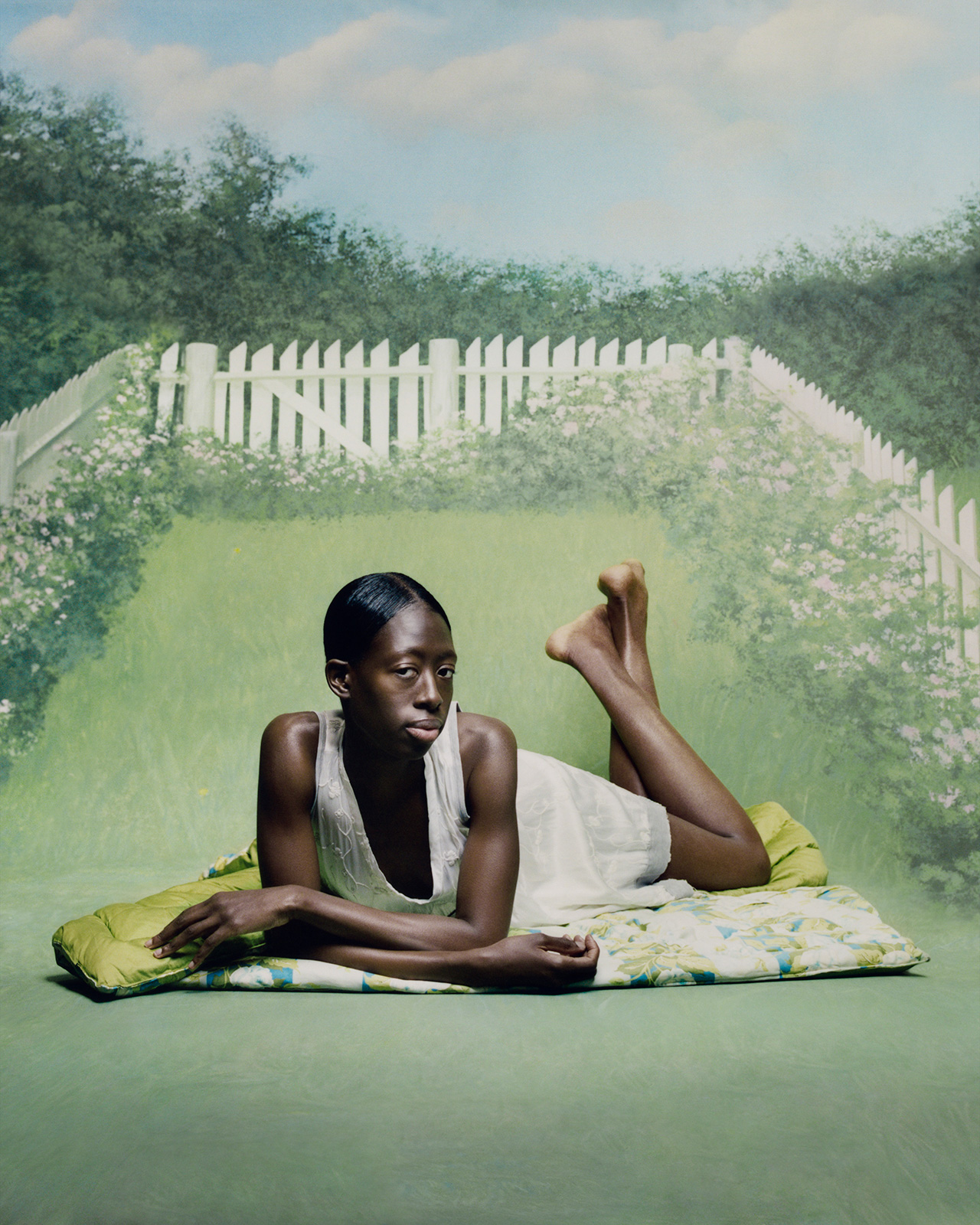 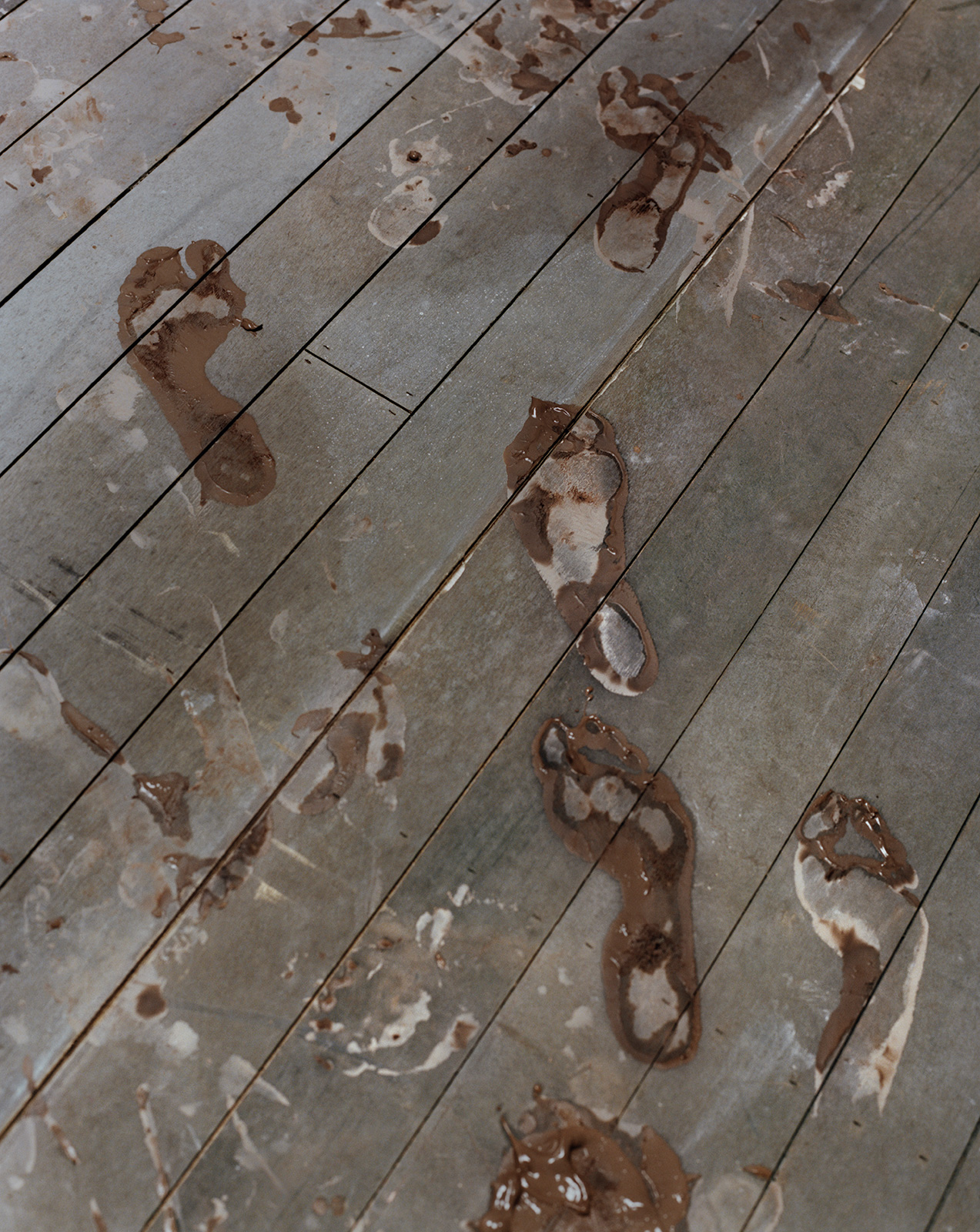 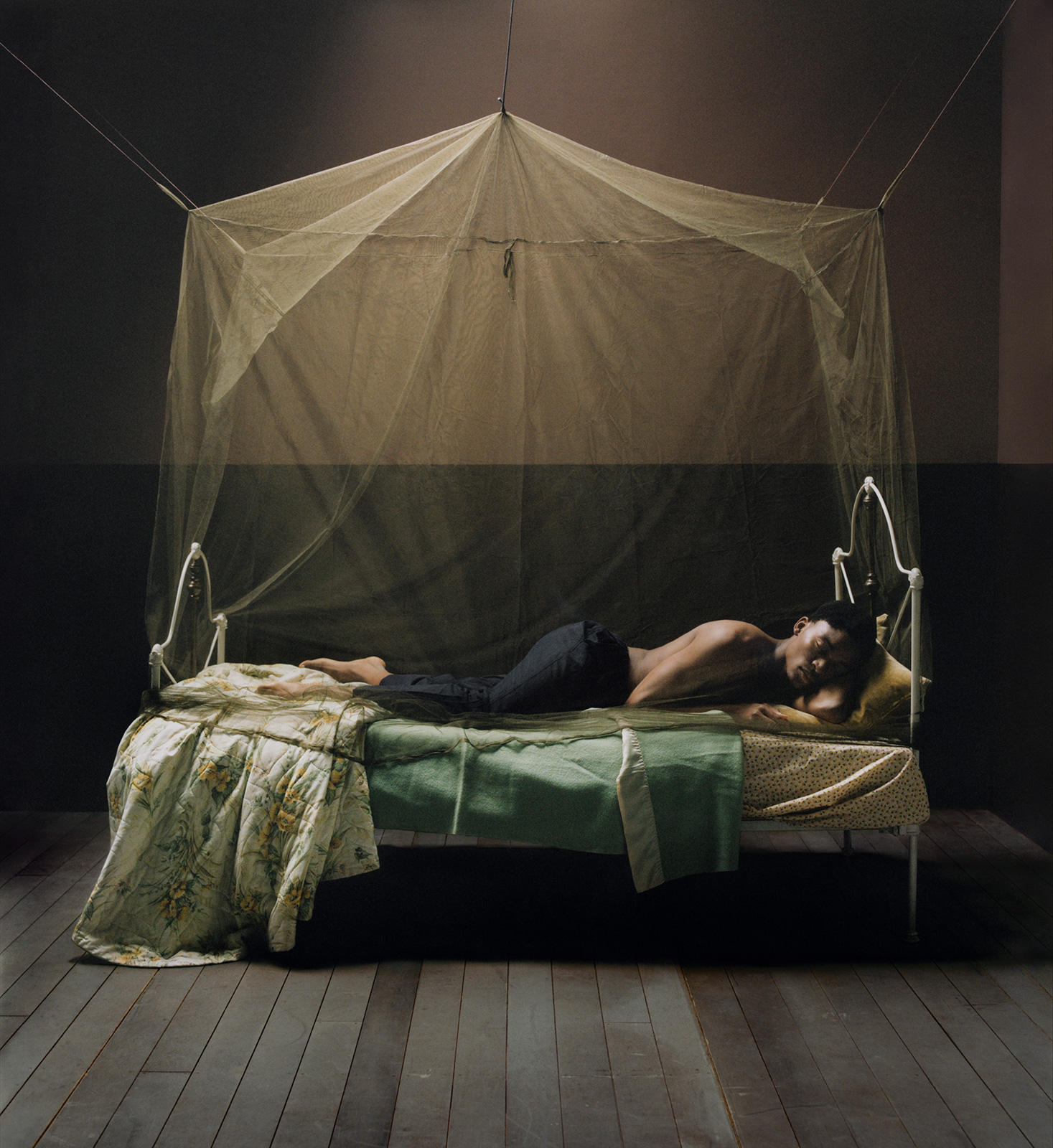 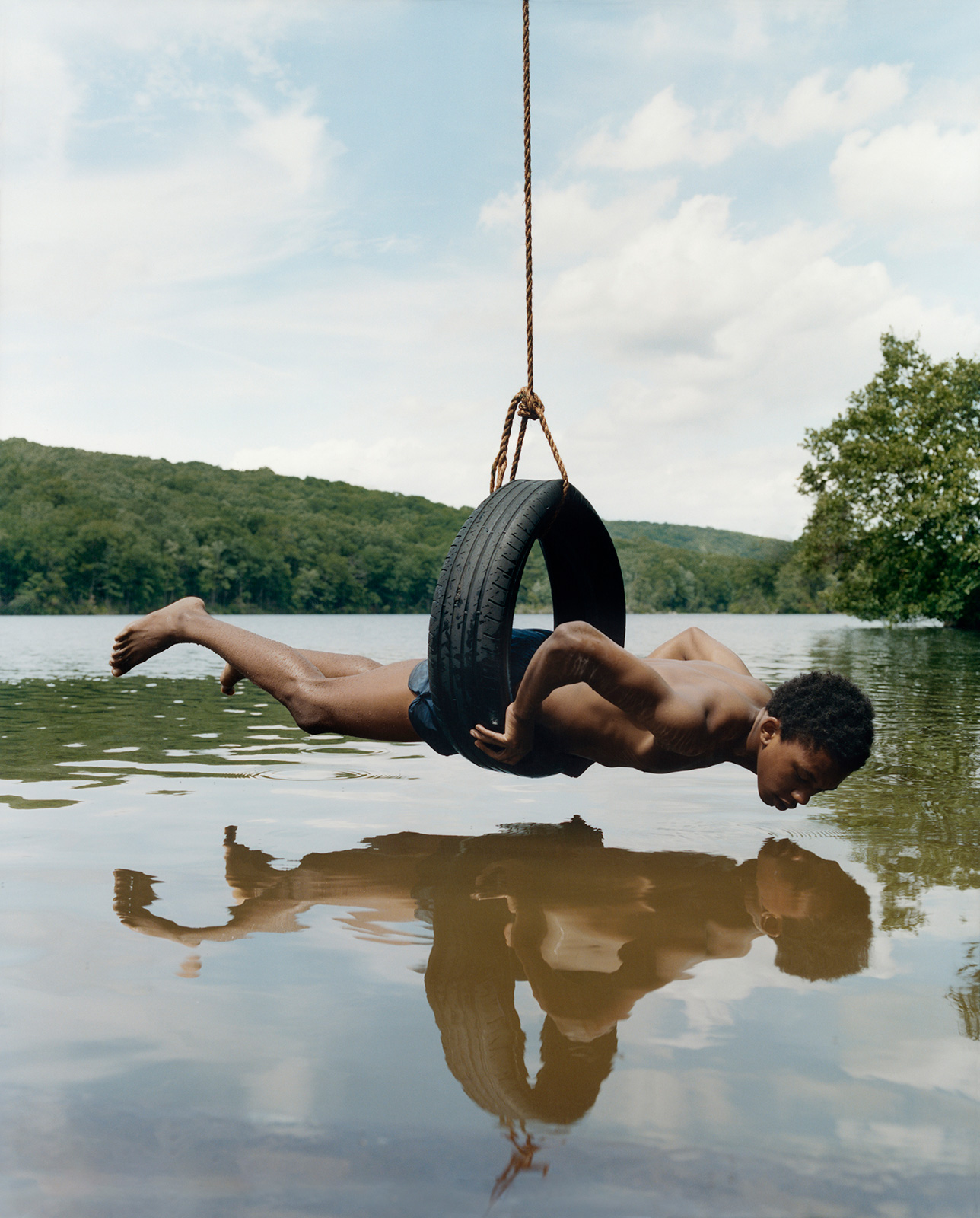 A Glint of Possibility, 2022 © Tyler Mitchell Image courtesy of the artist, Jack Shainman Gallery, and Gagosian