Tribute to Tim Burton at the Cinémathèque Française 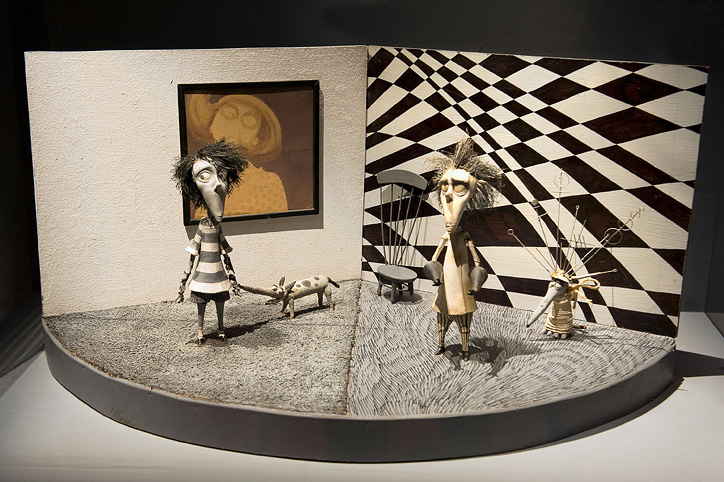 Three years ago, New York's Museum of Modern Art had organized the first-ever Tim Burton retrospective, reflecting all the life and works of this Hollywood freak so far. The excentric director had just released his first animated movie (aside from his stop-motion films), 9, exposing again his universe of bizarre nightmares to all kinds of publics. Today, the Cinémathèque Française presents an exhibition depicting his evolution from a strange dark-haired teenager making 10-minute amateur films in his suburban city of Burbank, to one of the most extravagant movie makers of the past 30 years. Burton's latest Johnny Depp-starred gloomy-burlesque comedy, Dark shadows, and the remake of his 1984 black & white short film Frankenweenie will hit the big screen, in a full-length version, this October.

This is Burton's moment, and nothing can prove this better than the latest tribute to his world of dancing skeletons and childish monsters. The exhibition, co-produced by the MoMA, allows visitors to trace Burton's first steps, inspirations, influences and creative evolution through an almost exhaustive collection of sketches, small poems, Polaroids and original memorabilia from his movies. The filmmaker's many drawings exposed allow us to witness the constructive process of ideas in Burton's twisted mind, a uncanny mix of Grand Guignol-esque pop art with gothic aesthetics and burlesque expressions, as seen on his creatures' shape-shifting features.

“I like extreme characters who are not aware of their strangeness”. That simple sentence pretty much summarizes the stunning potpourri of the author of The nightmare before Christmas, as does his collection of short poems bearing titles as suggestive as Melon Head, I met a girl who had many eyes or A sexual encounter with a kitchen appliance. Burton is, as we know, a master of the absurd: Never shoot a constipated poodle and «Little dead riding hood scaring the wolf are just a few of the rather comical sketches that show a quite unhinged view of role reversal in classical children imagery. In the director's vision, monsters and beasts are nothing but misunderstood, clumsily charming abnormal beings: “When animals are frightened they join together to form a larger creature», the movie maker points out in a sketch.

However, it hasn't always been easy for Burton to impose his peculiar vision: after graduating from the California Institute of Arts, the Disney Studios animation department hires him in 1979. And smiling monsters were not in the program back then; indeed, before The nightmare before Christmas, animating adventurous dogs and other sweet, talking animals is all there was for him to do... Nevertheless, he still managed to direct a characteristically Burton-esque version of Hansel and Gretel, a Disney-produced, slightly grotesque short film that aired on TV only once, in 1983.

The latter part of the exhibiton is specifically dedicated to his major filmography; carefully selected movie props and costumes are presented: from Corpse bride's original stop-motion character figurines to Edward Scissorhands' suit, as well as Sweeney Todd's razors and the red sequined gown Eva Green wears in Dark shadows as the dangerously seductive Angélique Bouchard, a witch yearning to conquer (by force) Johnny Depp's character's heart. Tim Burton is the too-perfect example of the power of imagination in modern cinema, and the Cinémathèque's retrospective is the perfect chance to rediscover the somber yet extremely charismatic world of this perpetual daydreamer once again. 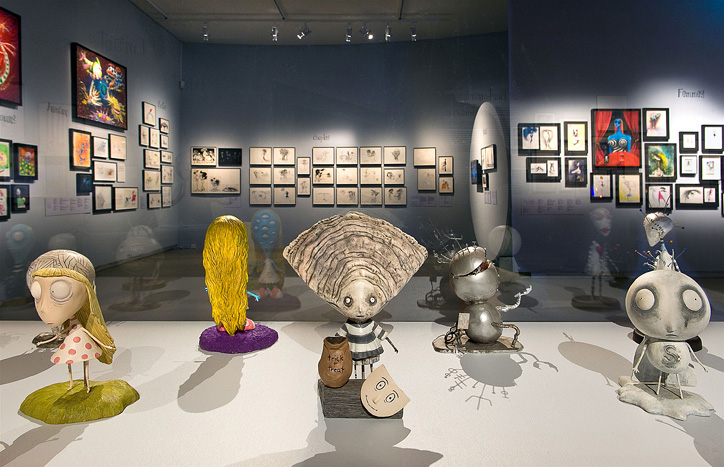 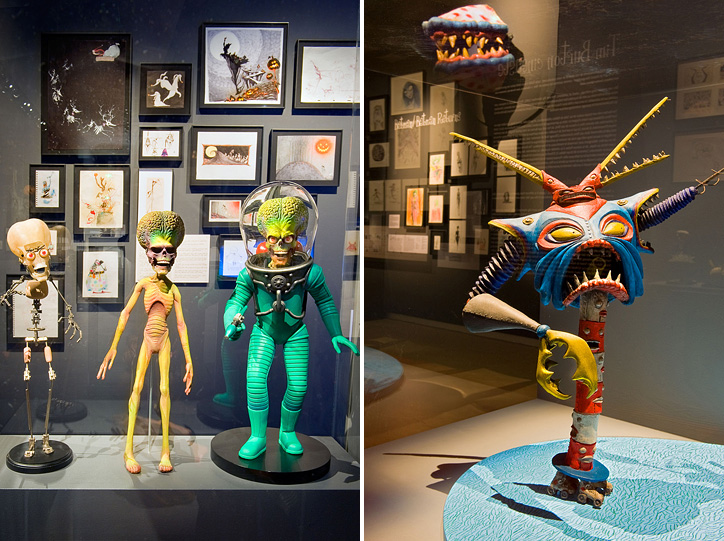 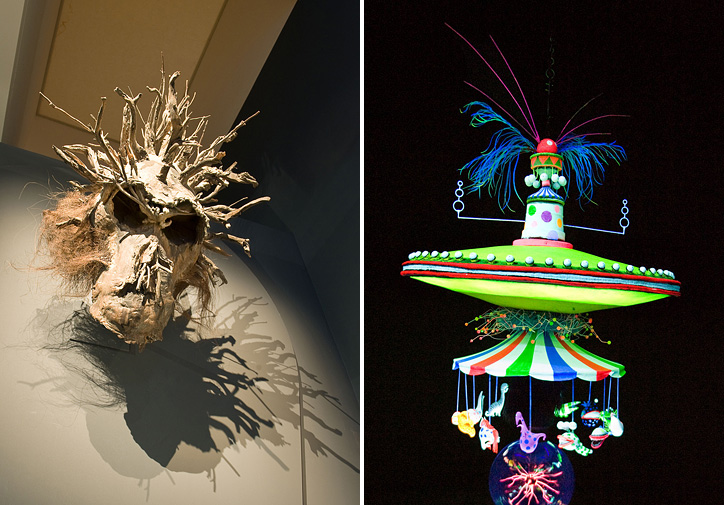 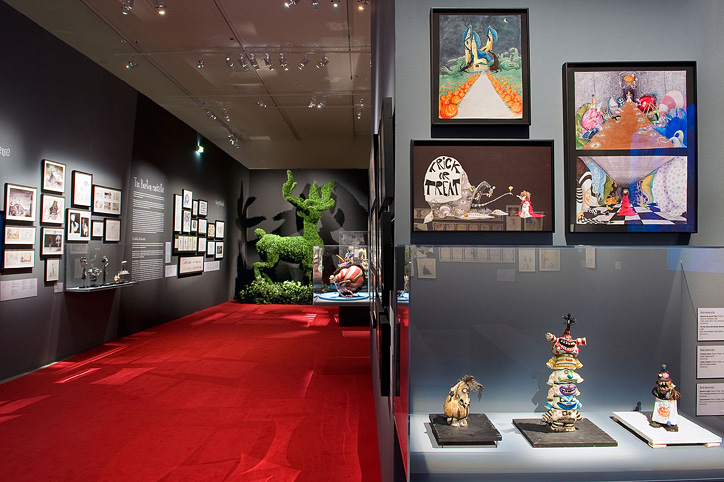 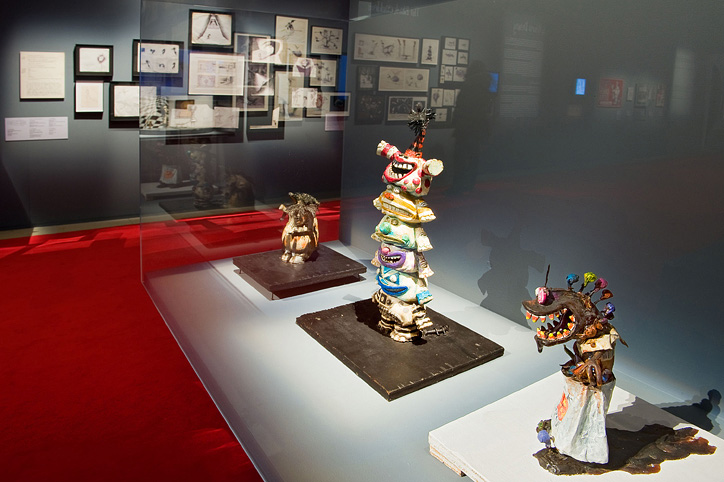 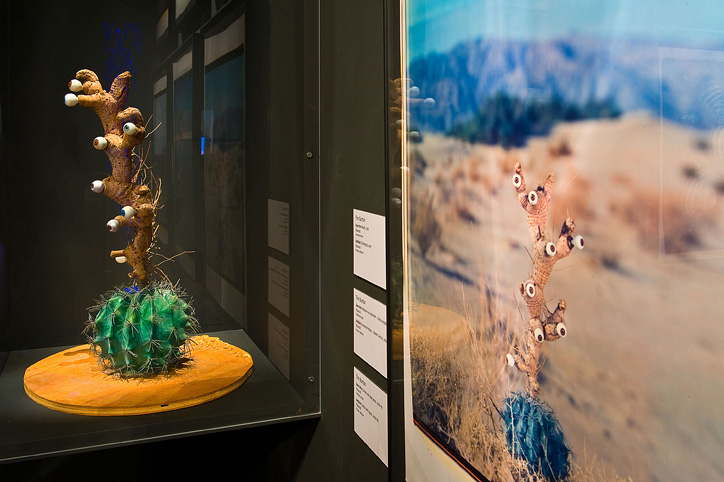 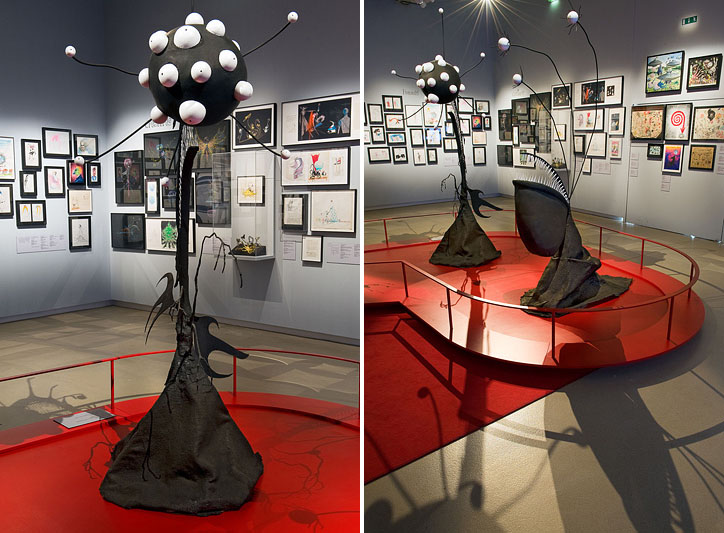 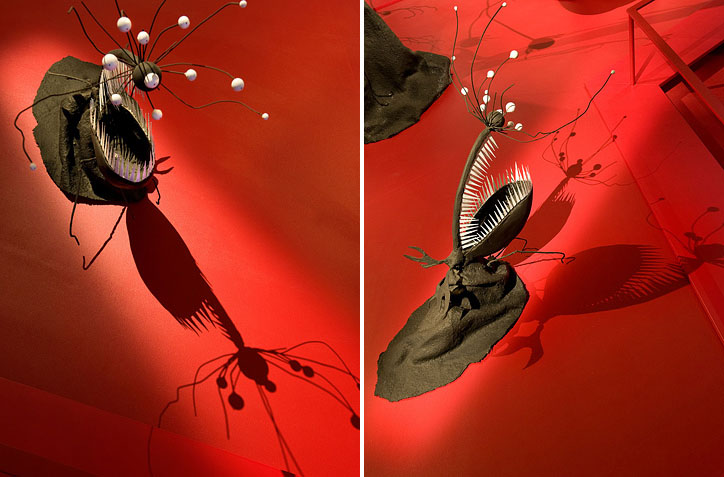 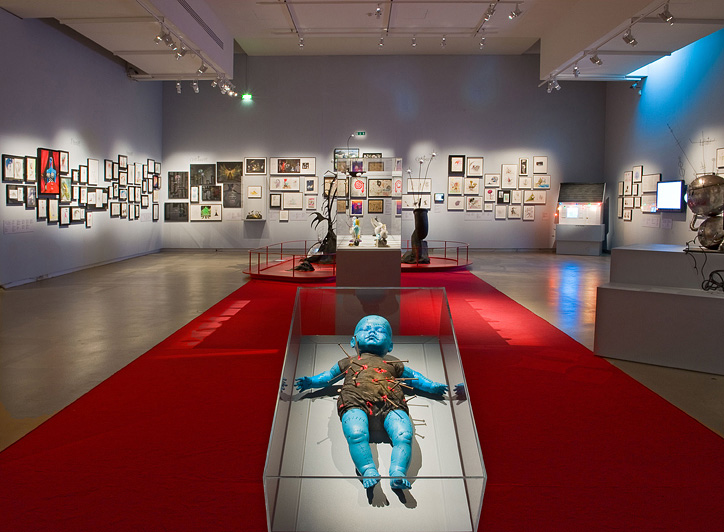 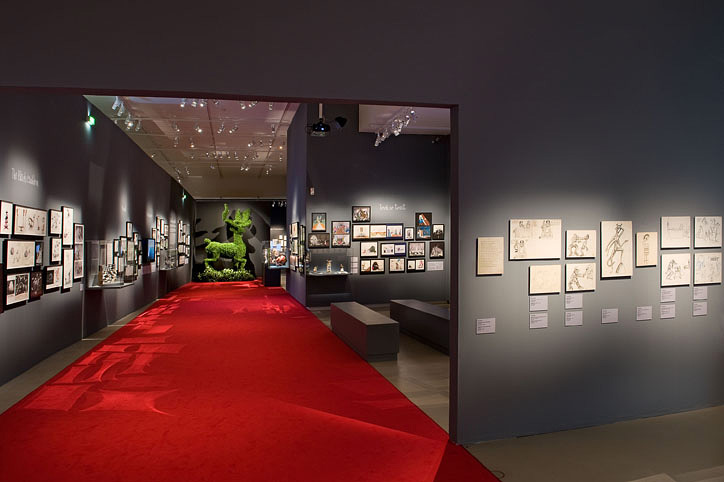 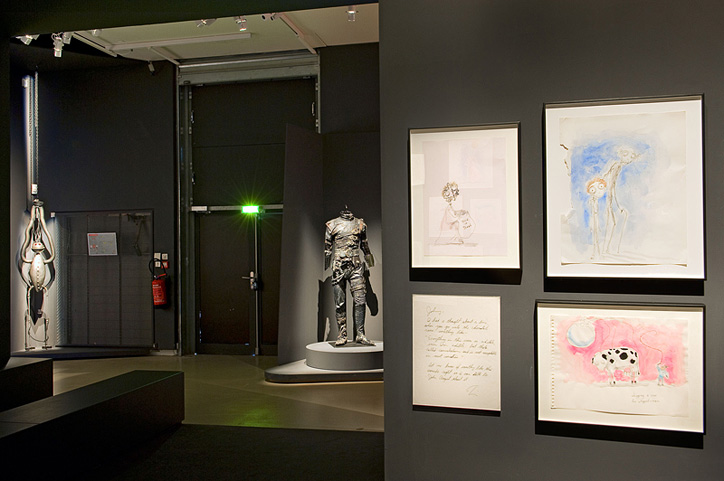