Meet me in the metaverse 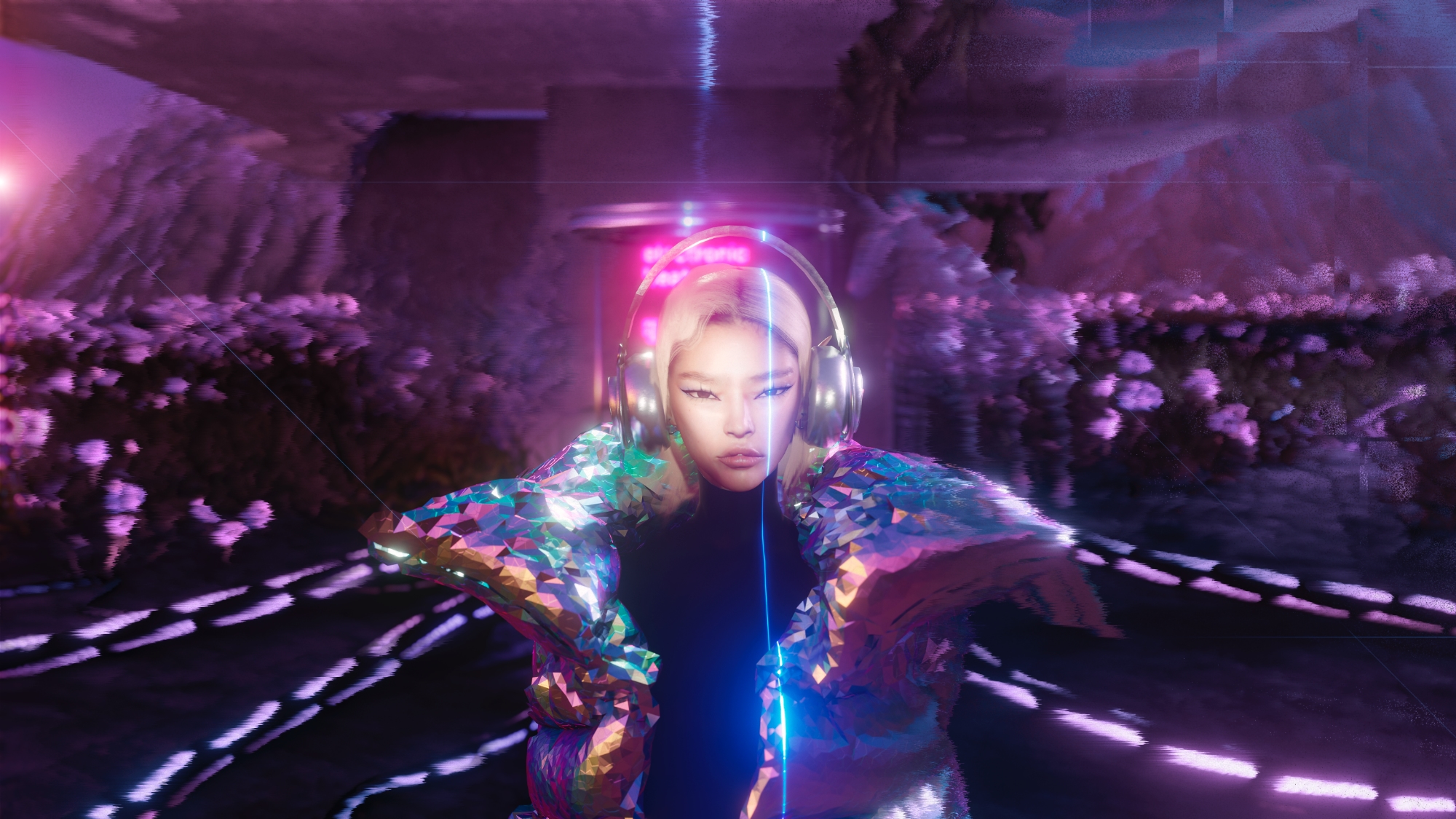 TRASHYMUSE are the Berlin based semi-prophetic group of digital creators who staged the world’s first Virtual Avatar and AR fashion show in 2019, pre-pandemic before everyone else did. Now they turn their hands to NFTs launching their first video and sound digital art piece Metamorphosis today with Foundation on the transformation of clubbing. The multifaceted music and art video piece was made in collaboration with Telekom Electronic Beats, the music media and events masterminds who celebrate 20 years of multidisciplinary creativity with this piece. Bidding is live now. Both communities have a large intersection of like minded people working with them from art, culture and innovation. This symbiosis of two communities complements and supports bringing life into the virtual spaces of TRASHYMUSE metaverse tmvr.io with pop culture and electronic music.
Metamorphosis is symbolic beyond the crypto art scene, this co-created one-off edition NFT unites creators across Europe sharing each other's disciplines CGI and electronic music. Sumptuous dark skies are coupled by an ominous exhilarating digital drone as hopeful glowing flowers sprout. NFTs, non-fungible tokens, are digital artworks that can be downloaded by all but only truly owned by one. They have shocked the art world, since they function in a way that appears to renew the financial structure as well as some tastes of traditional dealers. NFTs are sold in bitcoin directly by creators and importantly each re-sale gives the artist further profit, unlike in the physical art world. Traditionally art dealers do not share profits as the value of an artwork increases and gets resold, NFTs buck this trend.This is quite fitting for the creators at TRASHYMUSE who subvert conventions in their work and Telekom Electronic Beats who have come to be known for pushing boundaries. As well as initiating, facilitating and empowering next generation culture that unfolds via the masterpiece drop.

Inspired by the TRASHYMUSE metaverse, Metamorphosis was created with their TRASHYMUSE community on tmvr.io, - the space of the digital artwork takes the viewer in between real and surreal. Designed as a metanarrative the artwork appears self-conscious. It is set against an expansive supernatural landscape that extends beyond the traditional brutalist club backdrop. TRASHYMUSE and Telekom Electronic Beats advocate breaking down walls to make a more inclusive club space. Also the genderless main character avatar was designed to stand for universal human experience and to elevate liberated club culture for a new era. Their masterpiece vision handed to a new generation of creators is reimagined, remixed and rethought for the new Metaverse that surrounds us. The avatar becomes the standard bearer of TRASHYMUSE x Electronic Beats’ values in a new community of creators.

The sometimes hyper sexual avatar world of TRASHYMUSE can at times push up against what is good and bad taste, yet this video acts as a more delicate and introspective moment. Whilst Omicron creates worry in the real world, TRASHYMUSE offers refuge in the digital one. In the art we can pick up references to logomania, once bad taste and now reclaimed as good taste, on the tentacular black wires and the contemporary obsession with unicorns. Like any art piece it is difficult to avoid talking about the medium in which you create and internet-culture references are abundant. The fantasy digital character has an exaggerated appearance that looks like a catlike face filter. The artist’s decision to rally behind androgyny that exists particularly in the digital space - as well as IRL - where we can shape-shift and play behind many masks is welcome. All too often non-binary aesthetics are defined in masculine terms, so we celebrate this main character as they are. Here TRASHYMUSE’s penchant for character design meets Telekom Electronic Beats’ persistent world building. The work creates a dreamscape for the future of clubbing, that has once again shifted back to a fantasy space as clubs have closed in Paris and Berlin. The driving force is the connection of community and the essential need for togetherness.

We celebrate in symbolic unity whilst Telekom Electronic Beat’s network across Europe socialise online this month. Born in 2000 as Electronic Beats TV producing DVDs on electronic music culture, that have become collector’s items, this NFT is the perfect medium to reflect the contemporaneity of the company’s current form in 2021. Functioning across platforms Telekom Electronic Beats organises events, writes and broadcasts music journalism with a profound symbiosis between music, design, art, fashion and new technologies at its heart. Metamorphosis co-created together with the TRASHYMUSE community celebrates club culture in the context of the new now. 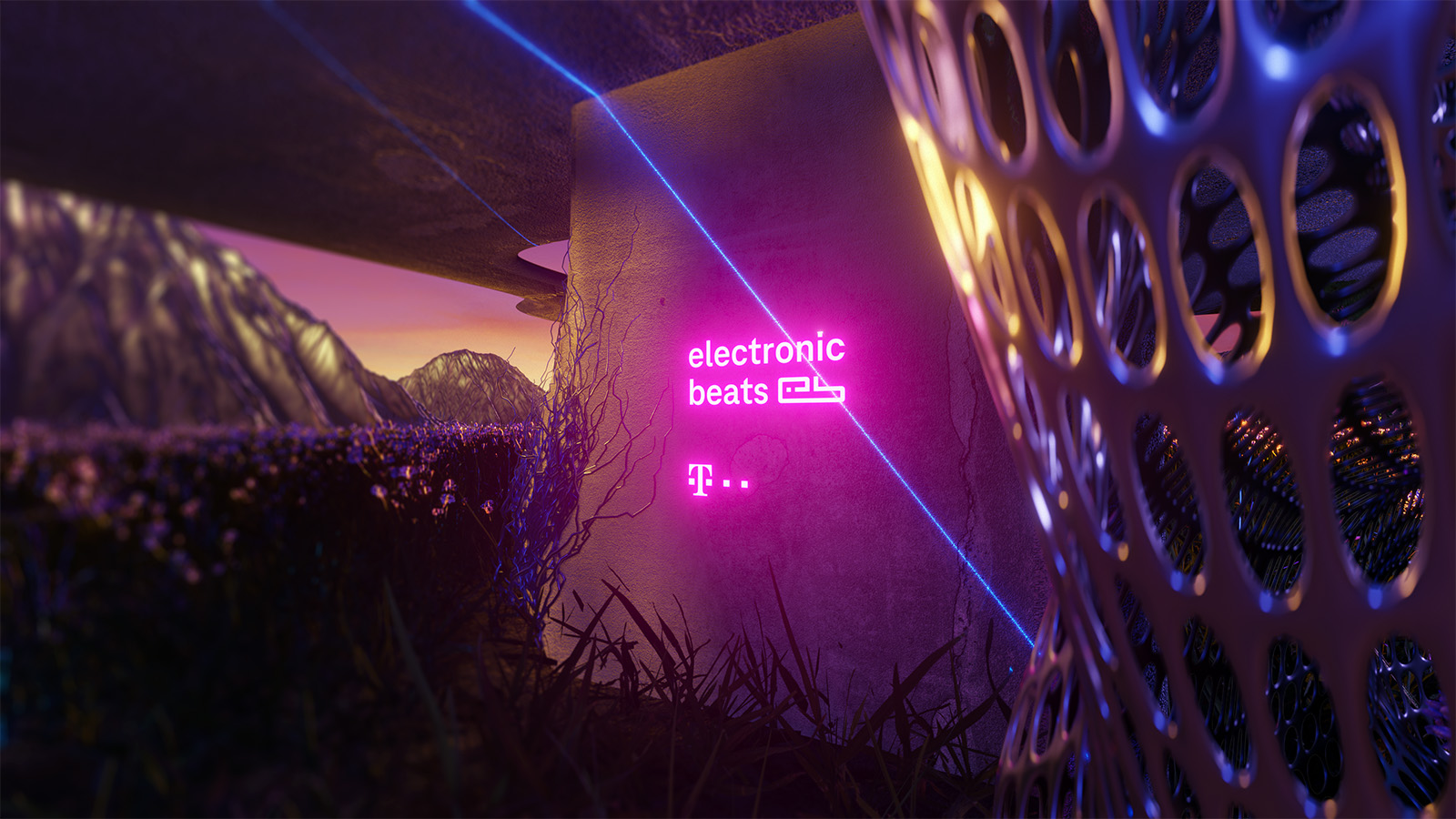 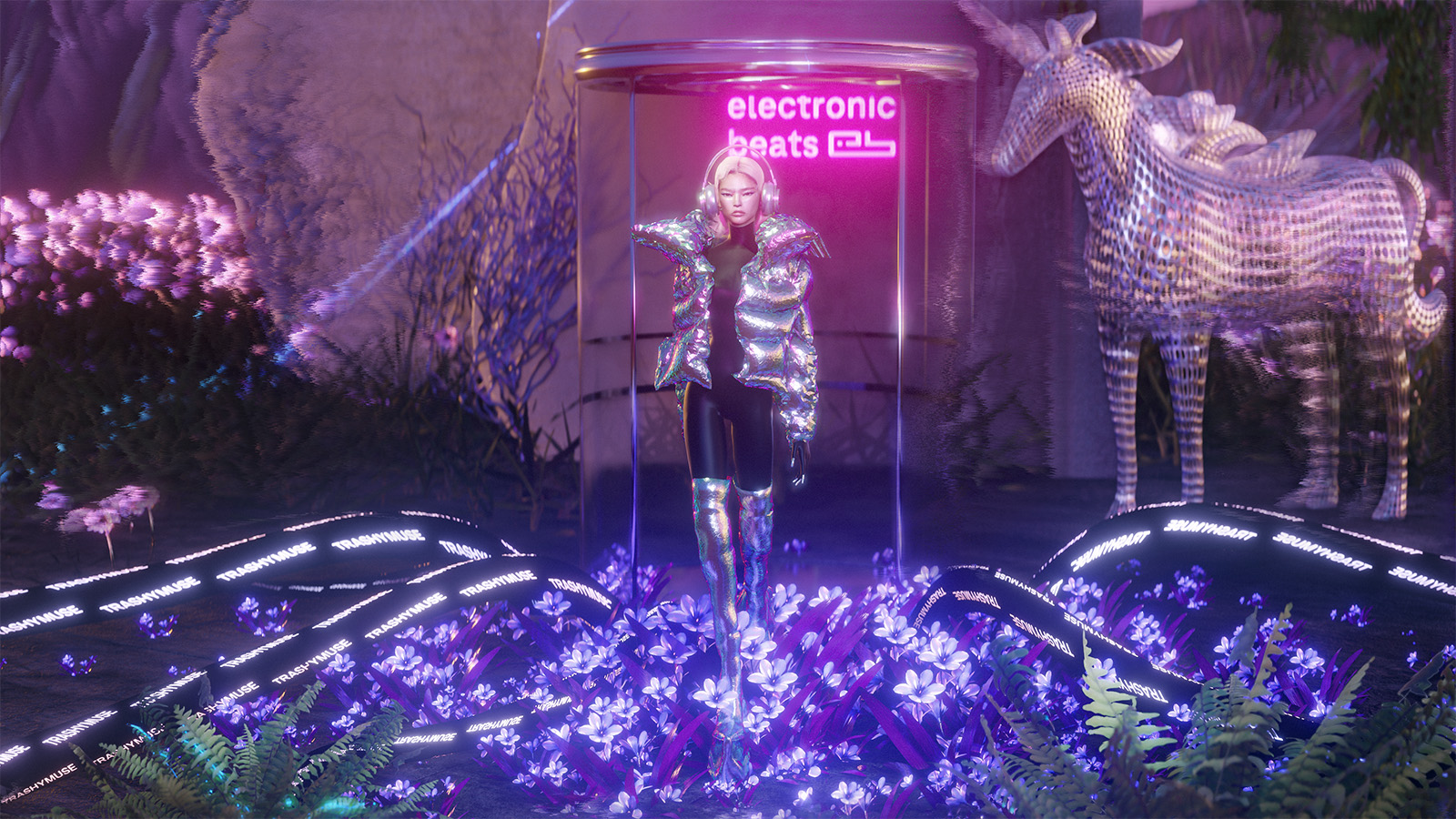 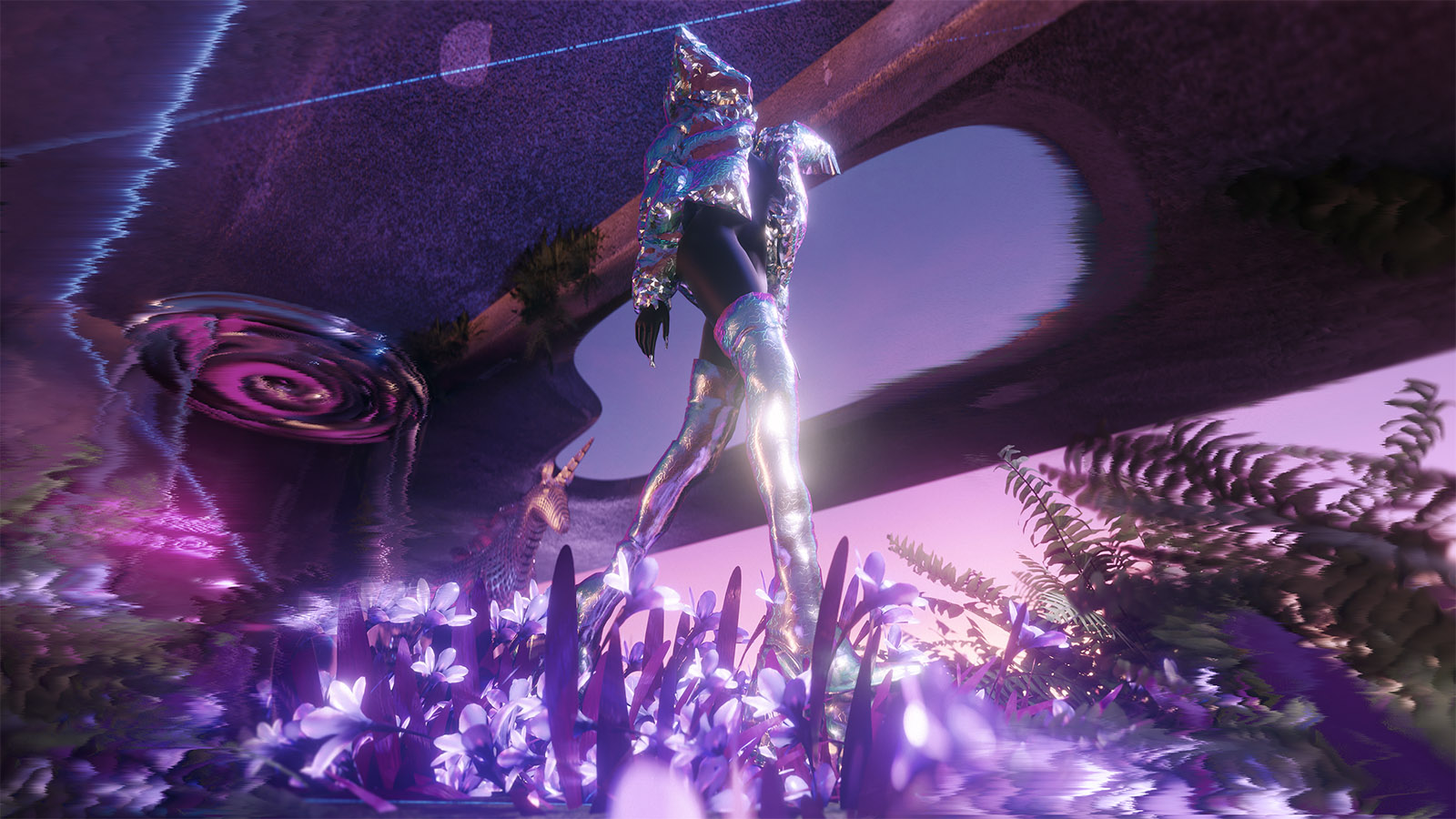 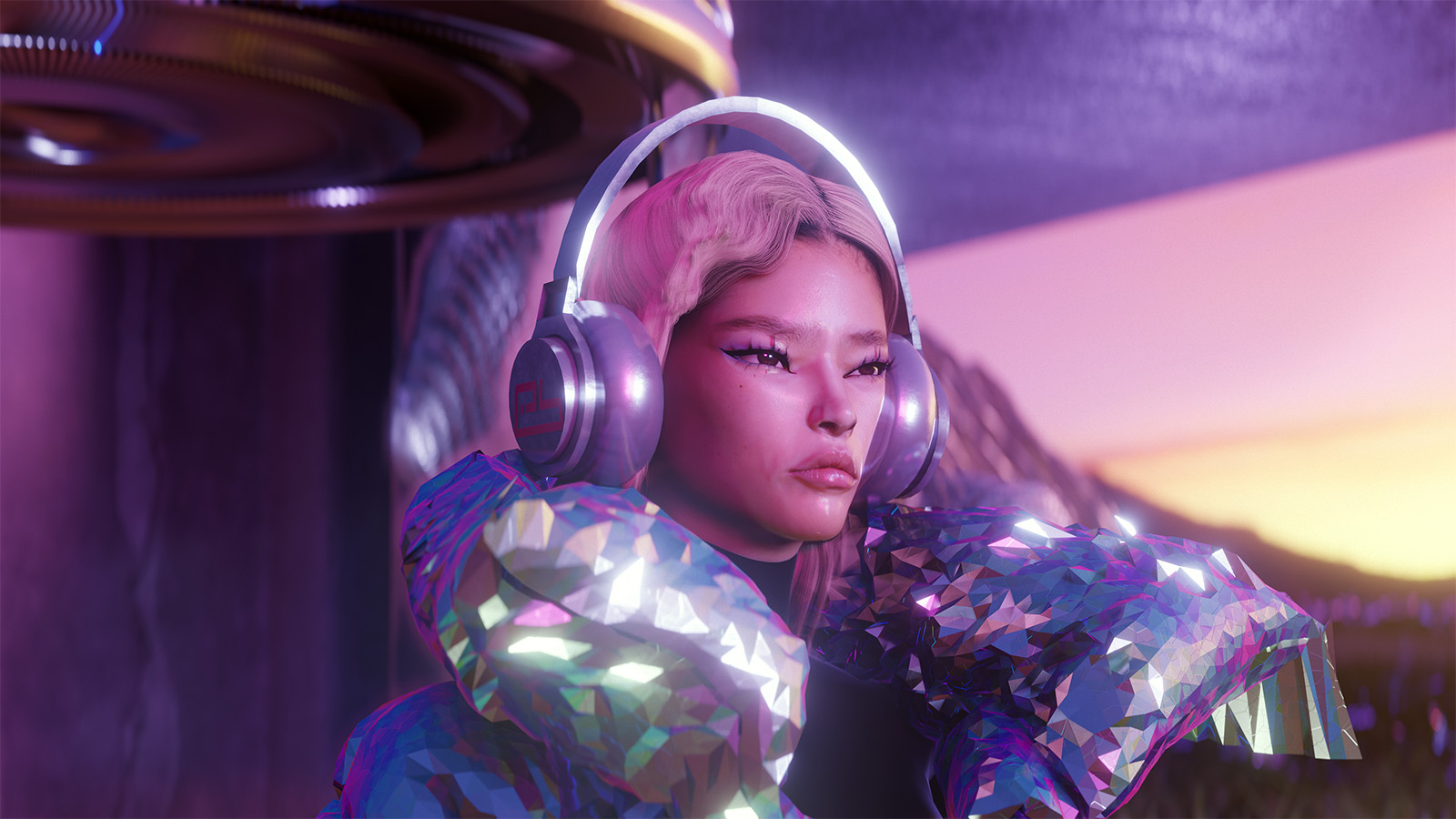