An artistic survey on the US 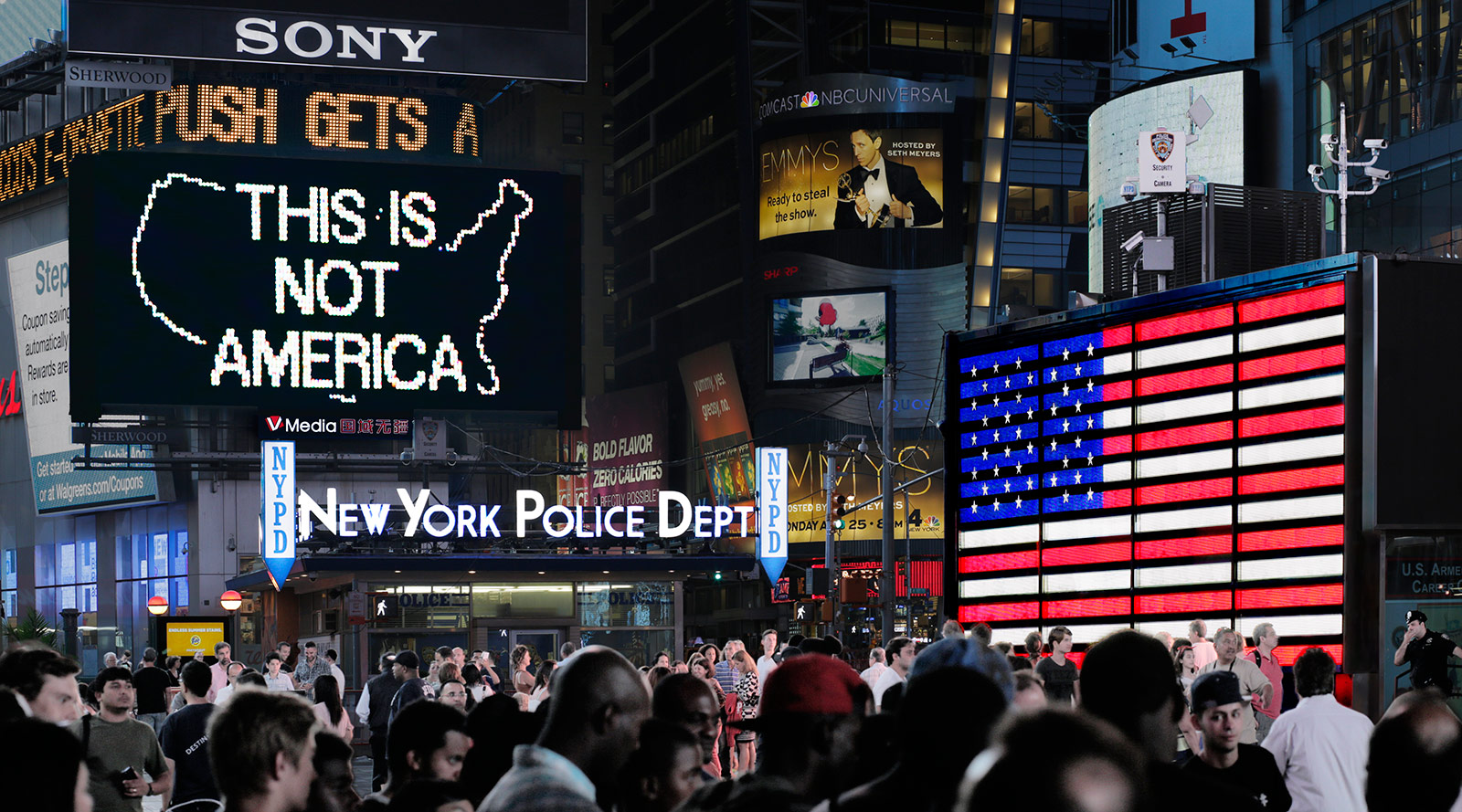 On November 3rd, Americans go to the polls to elect their new president – a decision that will be pivotal in humankind’s history as it will affect international relationships as well as the relation with our own planet. What will happen remains a mystery, but the Kunsthal KAdE in Amersfoort, The Netherlands, aims to explore how artists are tackling pressing themes like identity, climate change, Trump and city culture in these turbulent, polarising times. Until January 3rd, 2021, the exhibition This is America | Art USA Today will showcase the work of almost forty American artists whose work spans painting, photography, murals, installation and documentation.
The exhibition curator and Kunsthal KAdE director, Robbert Roos, set off on an American road trip from coast to coast and back again to talk with artists, gallery owners and curators in 2019. After coming back, he concluded that “Politically and socially, it’s a nation torn apart, with not only fierce opposition between Republicans and Democrats, but city and country seemingly occupying different worlds, racial tensions still undiminished, a Christian right that is actively seeking to reverse progressive legislation, and an apparently ever sharper divide between rich and poor.”

But as he rightfully continues, “Artists have always taken up positions in this public discourse.” To illustrate how different people capture the country’s zeitgeist through a myriad of points of view, he’s chosen both renowned and emerging artists including photographers Andres Serrano, Catherine Opie and Sheila Pee Bright; painters Celeste Dupuy-Spencer, Cosmo Whyte and Lota Ezawa; multidisciplinary artists Travis Somerville, Alfredo Jaar and Jeffrey Gibson; and collectives For Freedoms and Guerrilla Girls. 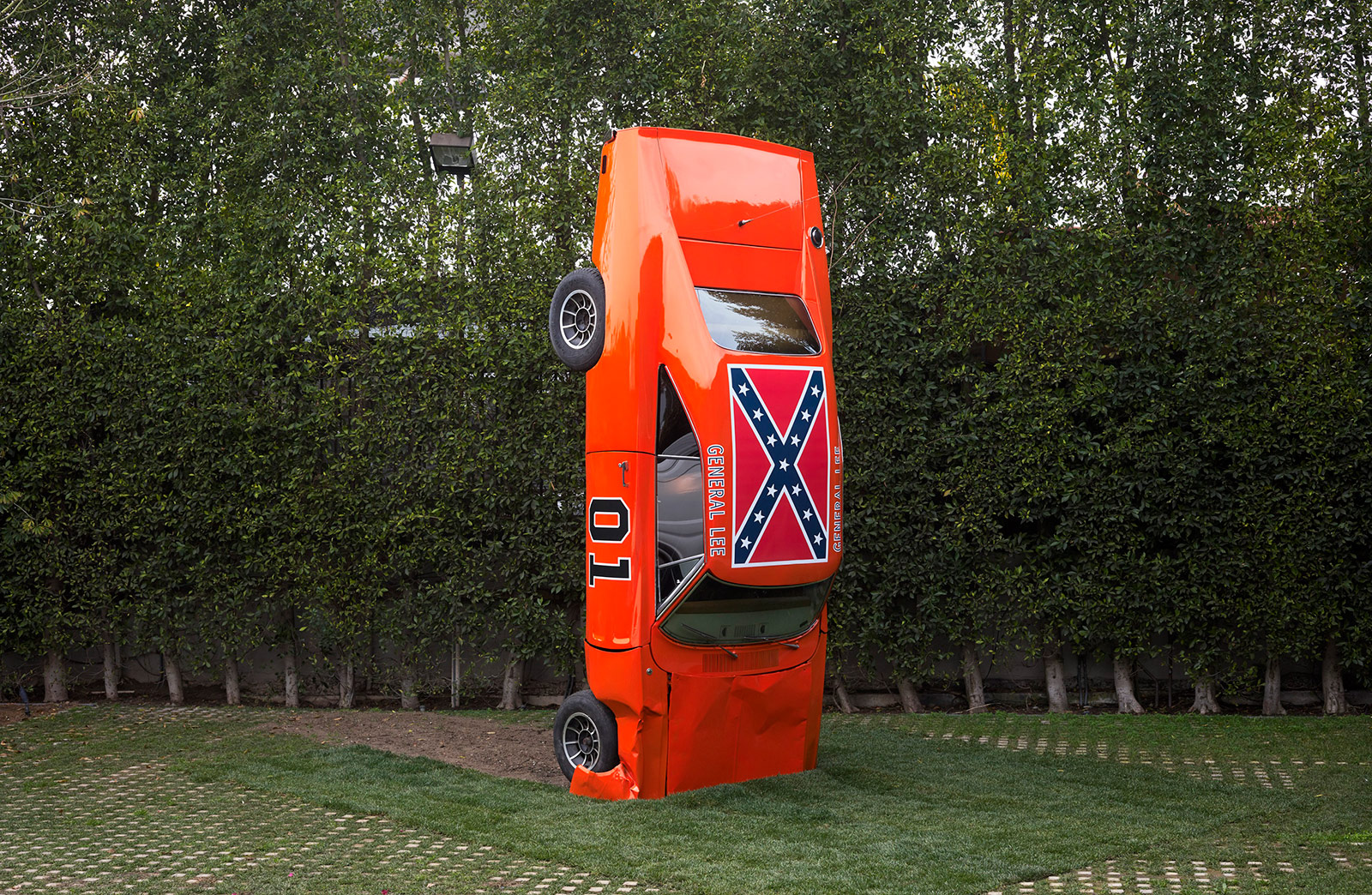 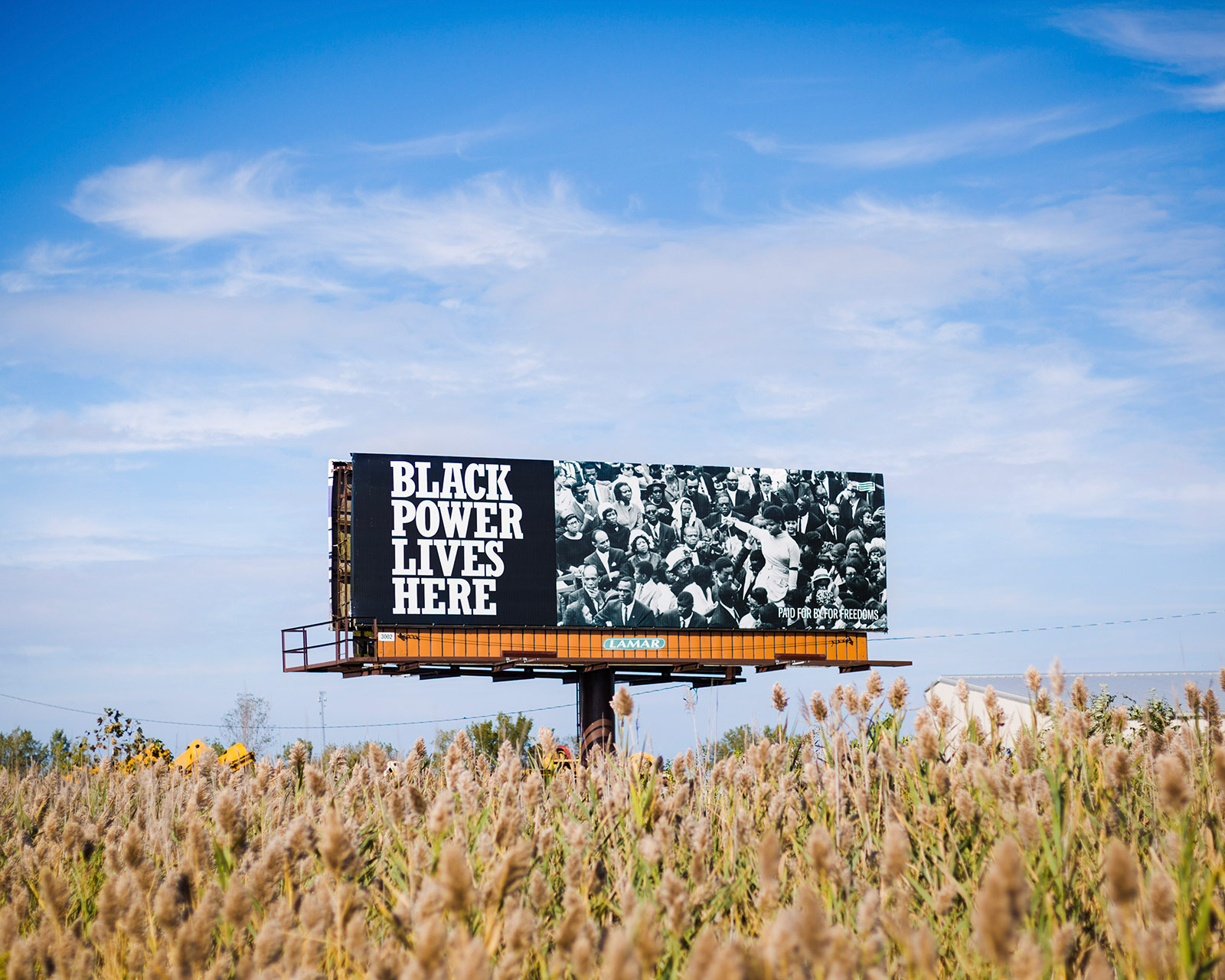 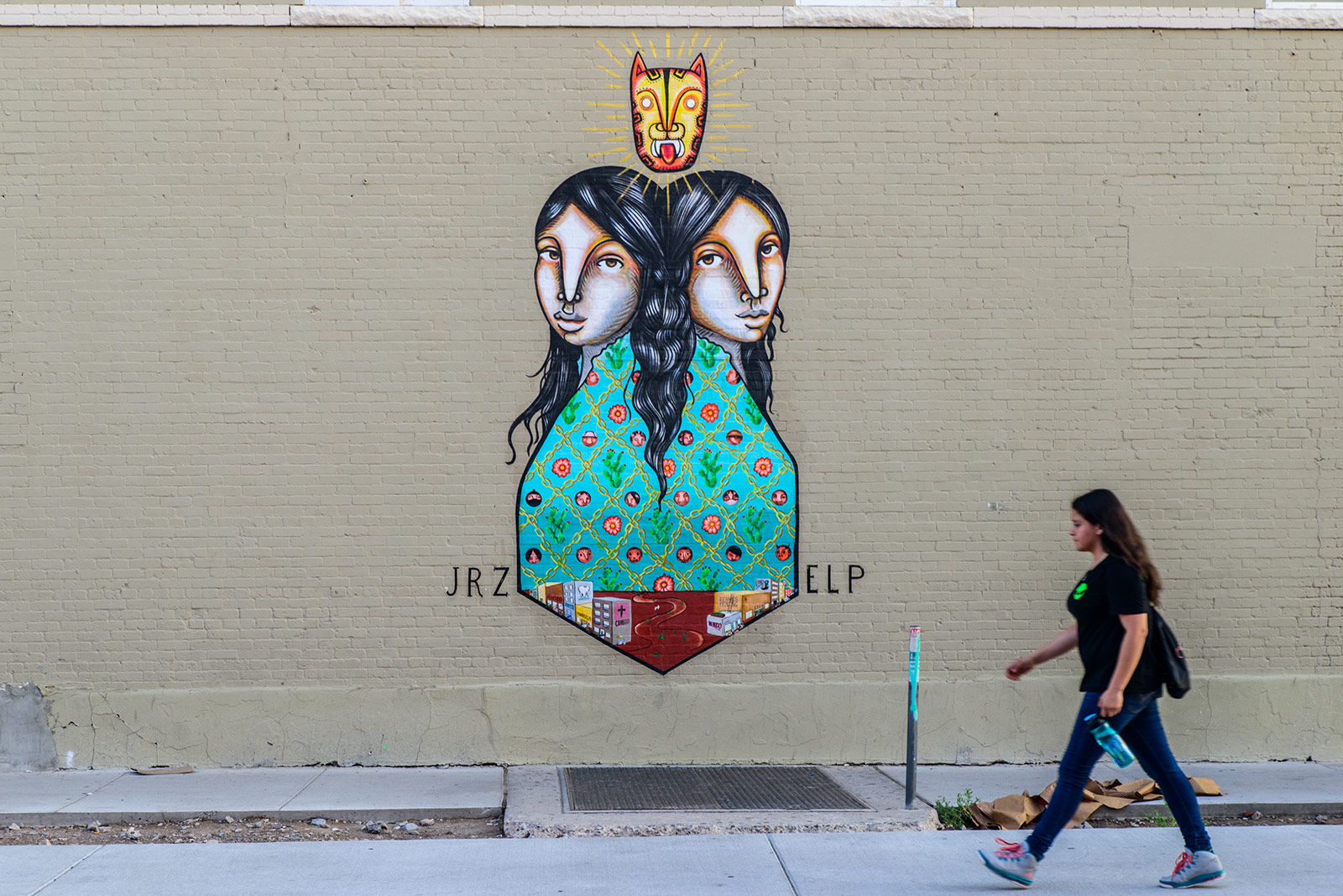 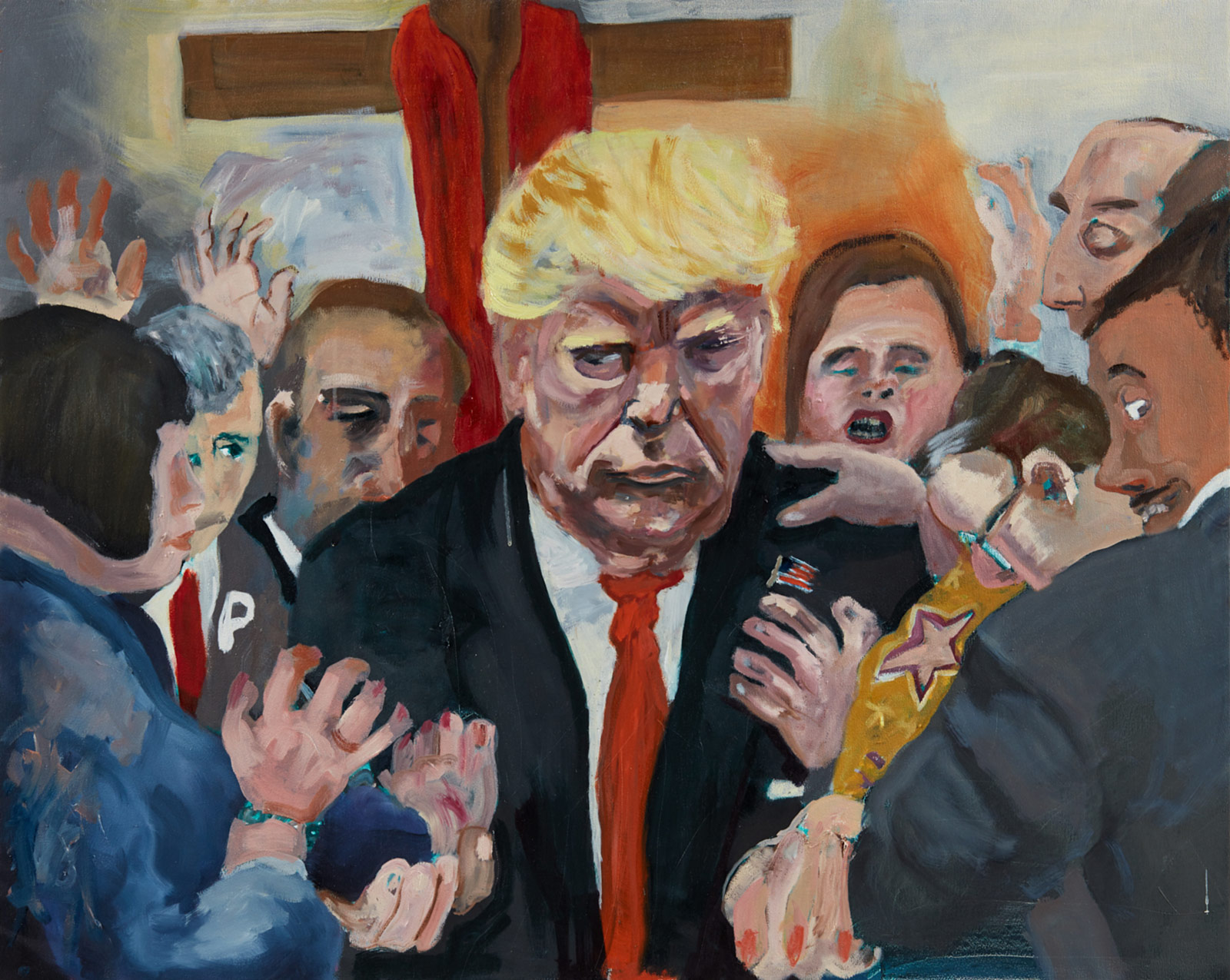 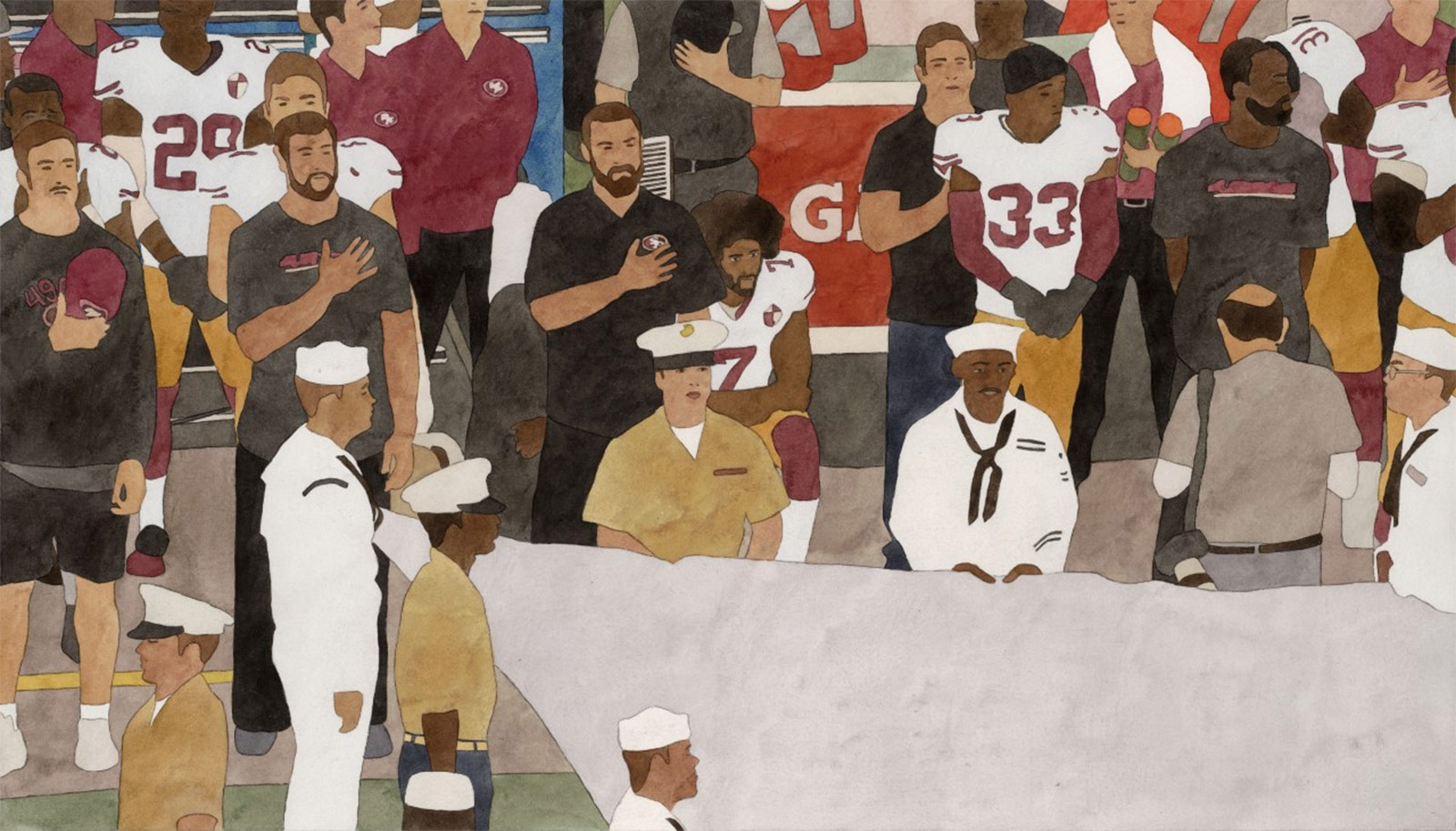 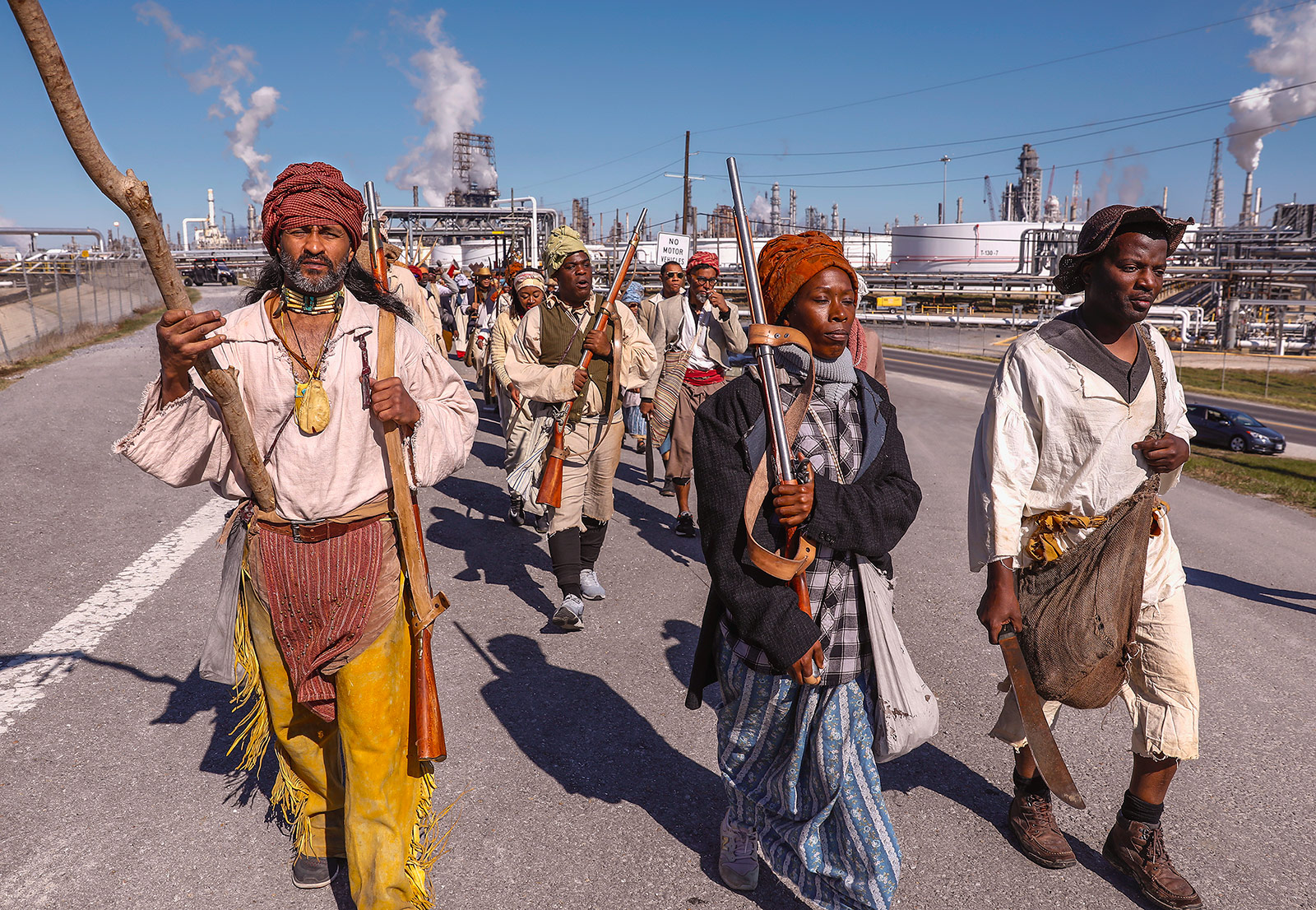 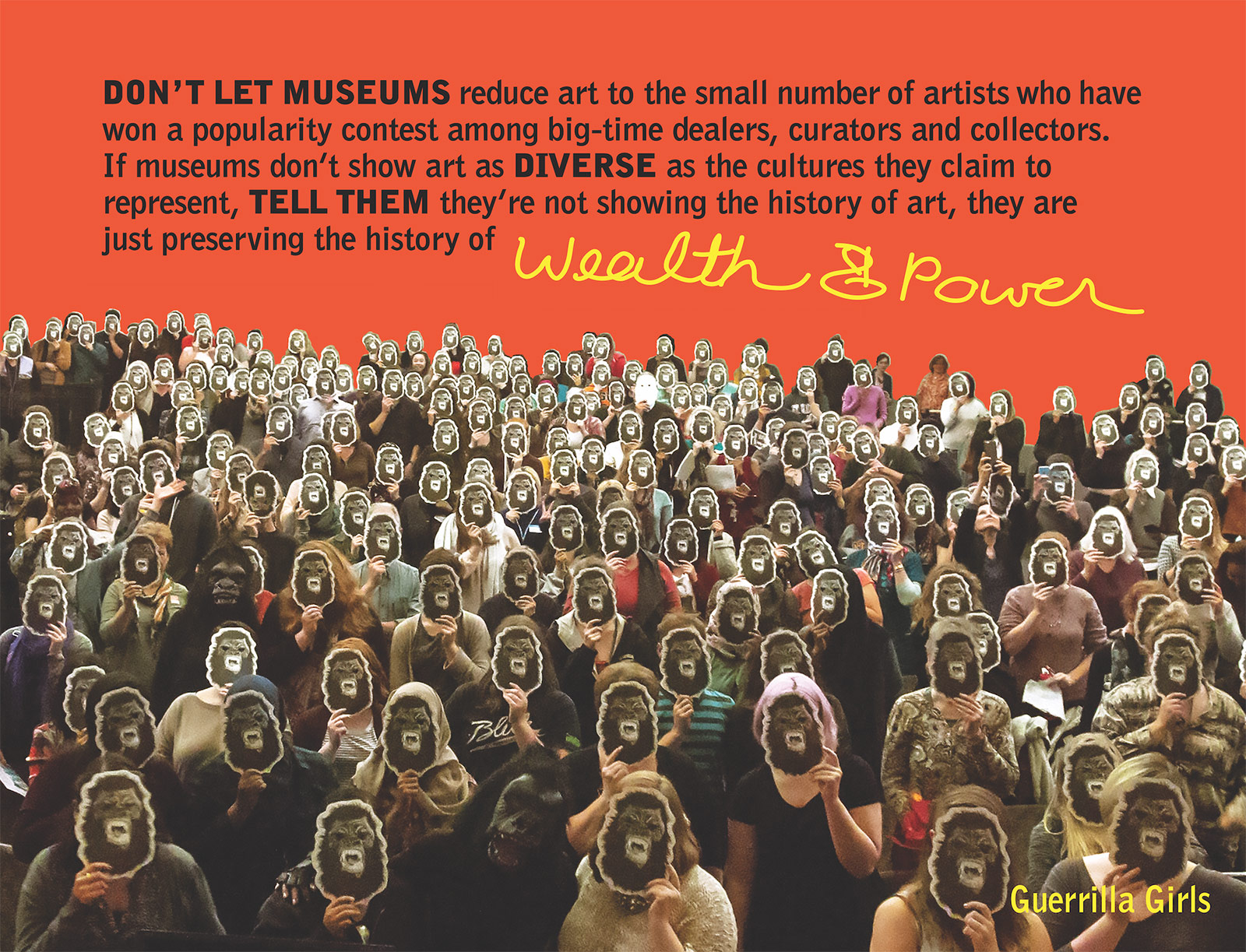 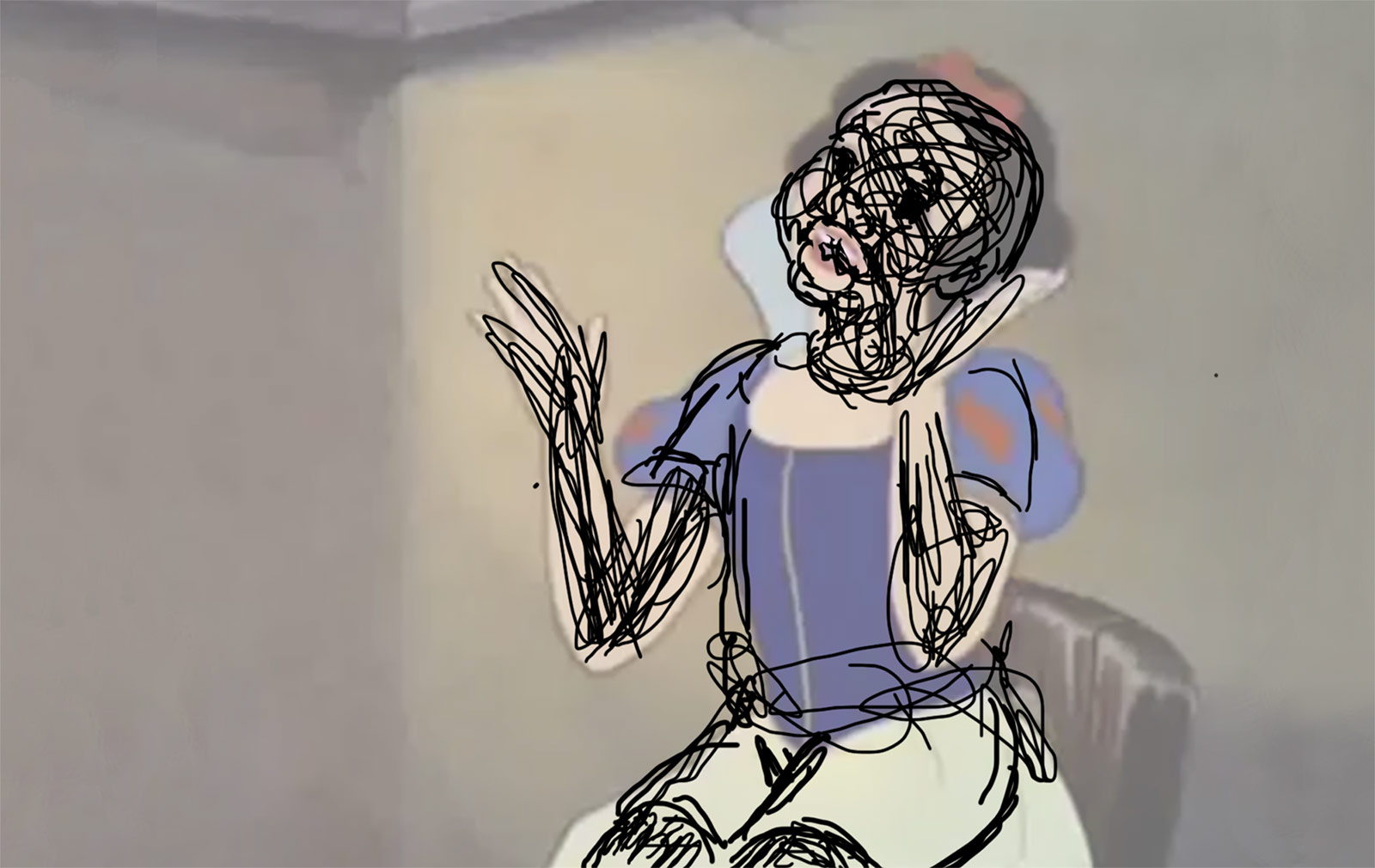 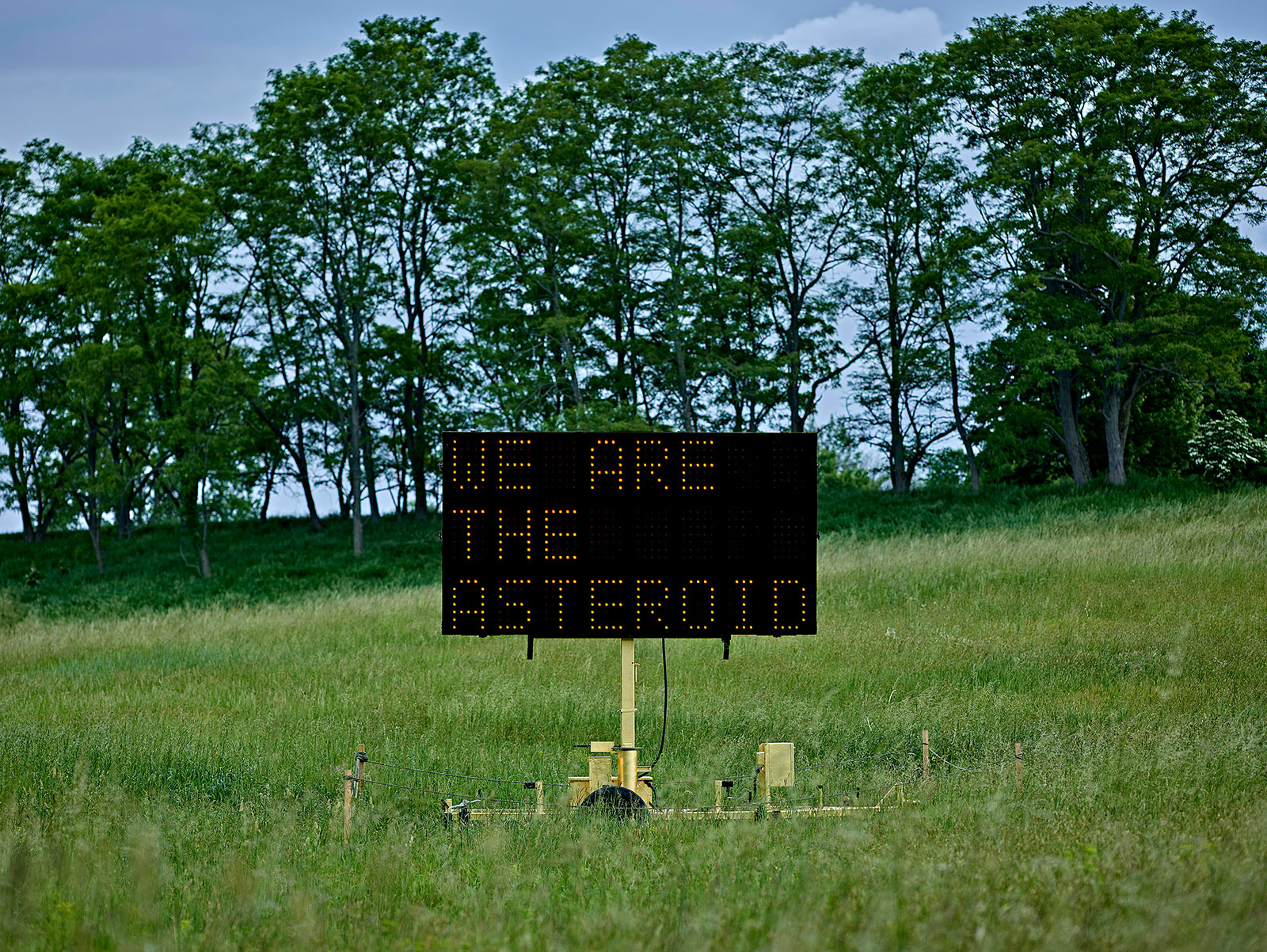 Justin Brice Guariglia, We Are The Asteroid III, 2019. Courtesy the Artist