How to make vivacious music 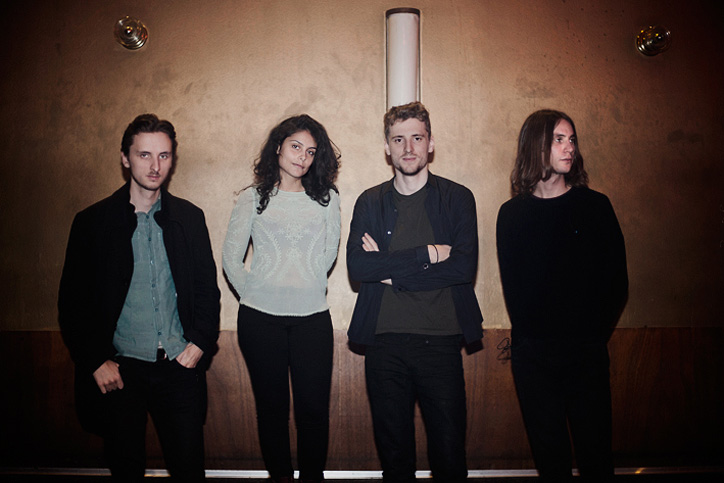 The air is sultry in music venue Lido, Berlin. After the last member of the sound crew disappears behind the curtains, the crowd slowly moves forward to gather in front of the stage. The light dims and voices turn into whispering. The stage is drowned in faint blue light, and the silhouettes of instruments become visible: a trumpet, vibraphone, French horn, piano, electronics and drums. Acclaimed art rock band These New Puritans are on tour with their new third album Field of Reeds and we didn't want to miss them.

The London-based four-piece consists of twin brothers Jack and George Barnett, keyboard player Thomas Hein and new recruit female vocalist Elisa Rodrigues. Catching up with them before their performance, George repeatedly mentions how his legs can't be in the photos we are taking- I'm still not sure if he was serious. After all, the drummer-turned-model has been seen on the runway for everyone from Prada to Burberry. And in 2007, the band collaborated with Hedi Slimane to create the soundtrack for Dior Homme’s Hiver runway show, in which George was also featured. According to Jack, the collaboration was "a unique creative situation, nothing to do with it being fashion per se. We went to live in Paris and worked in some amazing studios. It's crazy that we were doing that at eighteen or nineteen years old. It was stressful at the time because there was a lot of pressure – we had to write, record and mix a fifteen minute song in a matter of days," Jack remembers.

While more fashion-related collaborations seem unlikely for These New Puritans, working together with new band member Elisa beyond Field of Reeds is a significantly more likely scenario. Elisa is a Portuguese jazz singer who was picked up by Jack when researching Portuguese music and language, two things he confesses to loving more than a lot of other things in the world. Her smooth, soulful voice and presence was perfect for the melodies Jack had written for the female parts on the album. Luckily, Elisa was interested too. "We asked her to come to England to sing on the album and she said yes," Jack says. "It was a bit of a leap of faith from us, and her as well, but the risk paid off. I love her voice, even when she's singing in a linear way there's expression in her voice. She really threw herself into the music. She even put up with us getting her to sing the same thing a thousand times!"

When asking Elisa about how she's keeping up with touring with a bunch of guys, she replies "I suppose life on the road is going to be strenuous in some way, no matter what band are you with. This one has been a good experience. It's a good team, a group of talented people. It works. They have a respectful audience and fanbase, which makes everything more exciting. Not to mention the music. I fall for it more and more every time we play."

While These New Puritans' previous two albums have been categorized as “post-punk” and “aggressive,” their latest work is much more quiet. According to Jack, it's more “human” too: "I'm not really sure whatI mean when I say that but it sounds right. There's a lot of emotion tied up in it." The lead singer, producer, multi-instrumentalist and songwriter of the band says there was no big idea when creating their latest album: "It was just an accumulation of writing lots of music, putting one note in front of the other, relying on instinct. I had no idea whether it would hang together as an album. It was only once I had played the songs, about 30 of them, that I thought, 'Oh right, this could make sense’."

The recordings were made in different studios, one of which was the concert hall Funkhaus Nalepastraße in Berlin. Jack describes it as an incredible place: "It's a post-war West German radio complex with huge buildings where they used to produce radio plays. You've got all these different spaces. Wooden rooms, stone rooms and rooms with staircases that lead to nowhere, which they used for the sound of people going up and down the stairs." It was German conductor André de Ridder, whom the band has worked with previously on Hidden who brought them there. "A lot of the time for so-called ‘pop sessions,’ the conductor will be some anonymous person you've never met and who couldn't care less about the music. André knows the music and brought in musicians who he knows and trusts." Jack gushes. "We started off at the very beginning with the ensemble recording of brass and strings. Usually it's the other way round, something that bands sprinkle on at the end, but we built the album around it."

Jack’s favorite moment when recording the album was him thumping on the piano from underneath, whilst holding the sustain pedal down. The idea came from Jack’s mental image of being locked in a grand piano, trying to get out: "You have to punch it really hard to get any sound from it. My hands were bruised for ages after that. It's the kind of thing that might sound like a good idea, but ends up sounding shit. In Somehow we were lucky this time: I think it ended up sounding really good and unusual."

With Field of Reeds, These New Puritans have created a harmonious album with engrossing lyrics and a personal feel. "It's no good writing about some obscure species of slug or something. Music is expected to be trivial and ironic these days, but I just want to do something and mean it 100 percent." For the first time, Jack wrote strong emotions into the songs, opening himself up noticeably more than on previous albums: “You get feelings that override any other consideration,” he explains. This newfound bravery infuses the music with a sense of intimate urgency that transcends the skill and poignancy which put the band on the musical map in the first place.

So what’s next for These New Puritans? "I never have a clue,” Jack muses. “It could be a country and western album for all I know." After hearing their enchanting and melodic music in Lido that night, there is no doubt no doubt that even a country album would sound like pure magic. 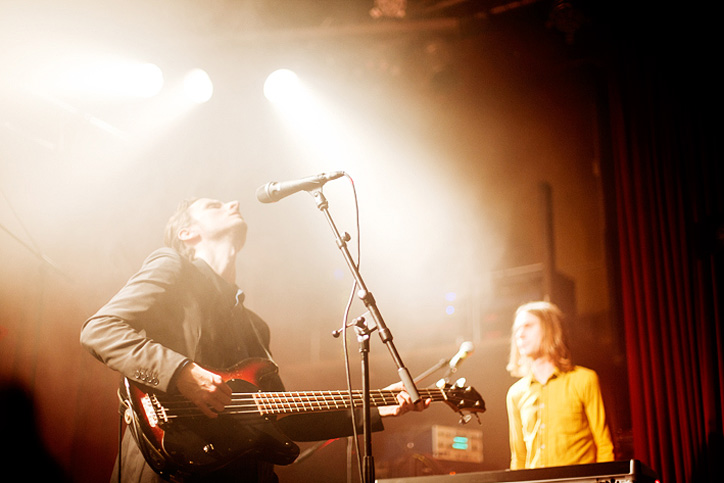 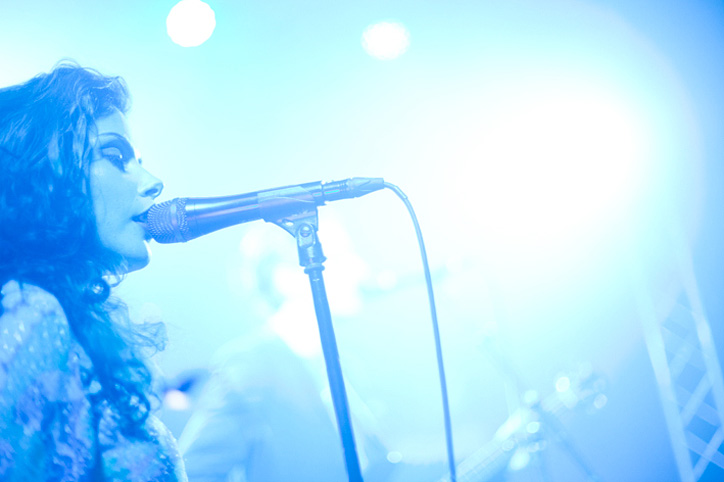 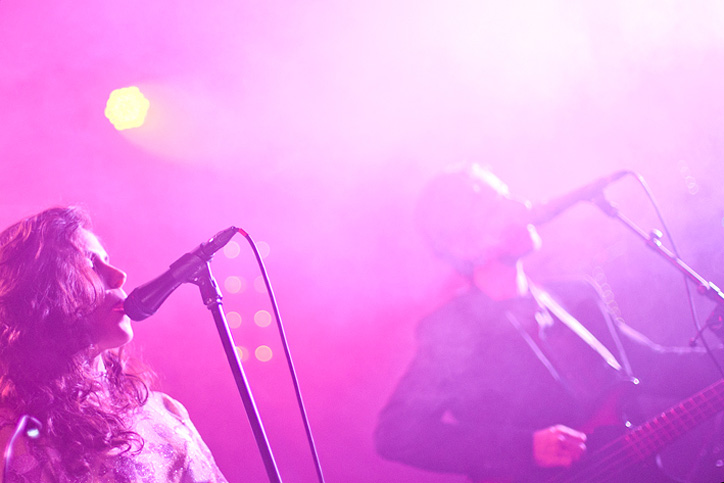 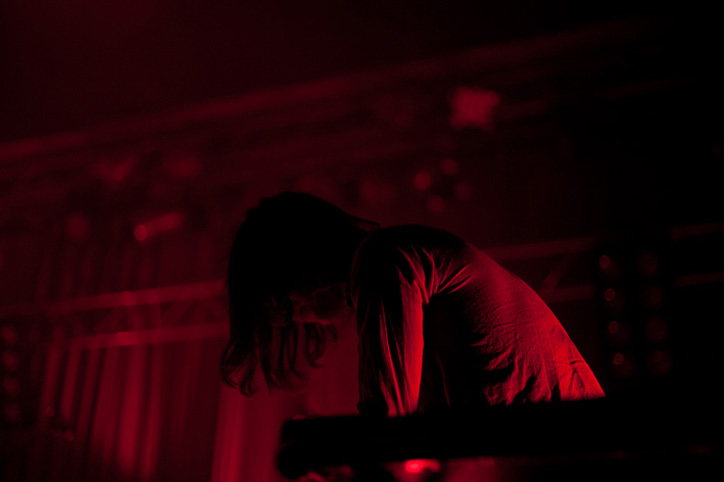