The Pure and the Damned 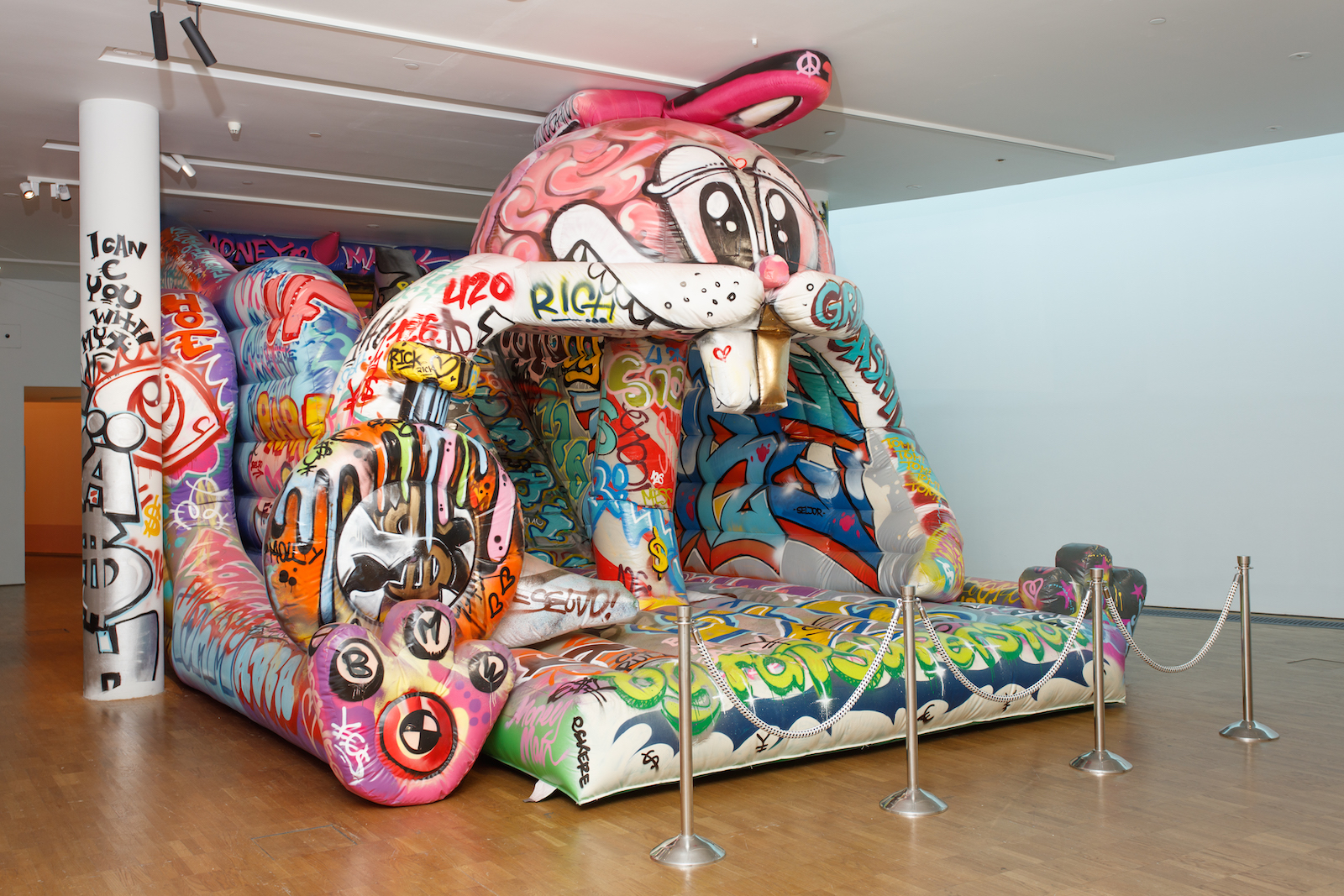 Creative minds of the world of clothing and the world of music have united in order to create a multi-sensual exhibition that is both contradictory and complimentary. Rick Owens, world-renowned conceptual fashion designer and king of grungy cool again joins forces with up-and-coming ‘post-soviet’ rapper Tommy Cash. Curated by Kai Ilves and due to close on September 15, the exhibition The Pure and the Damned at Tallinn’s (Estonia) Kumu Art Museum displays their opposing worlds of vibrant kitsch and monochrome brutalism seamlessly while also appearing jarring and disjointed. Leaving the viewer to question, what is beautiful? What is damned? 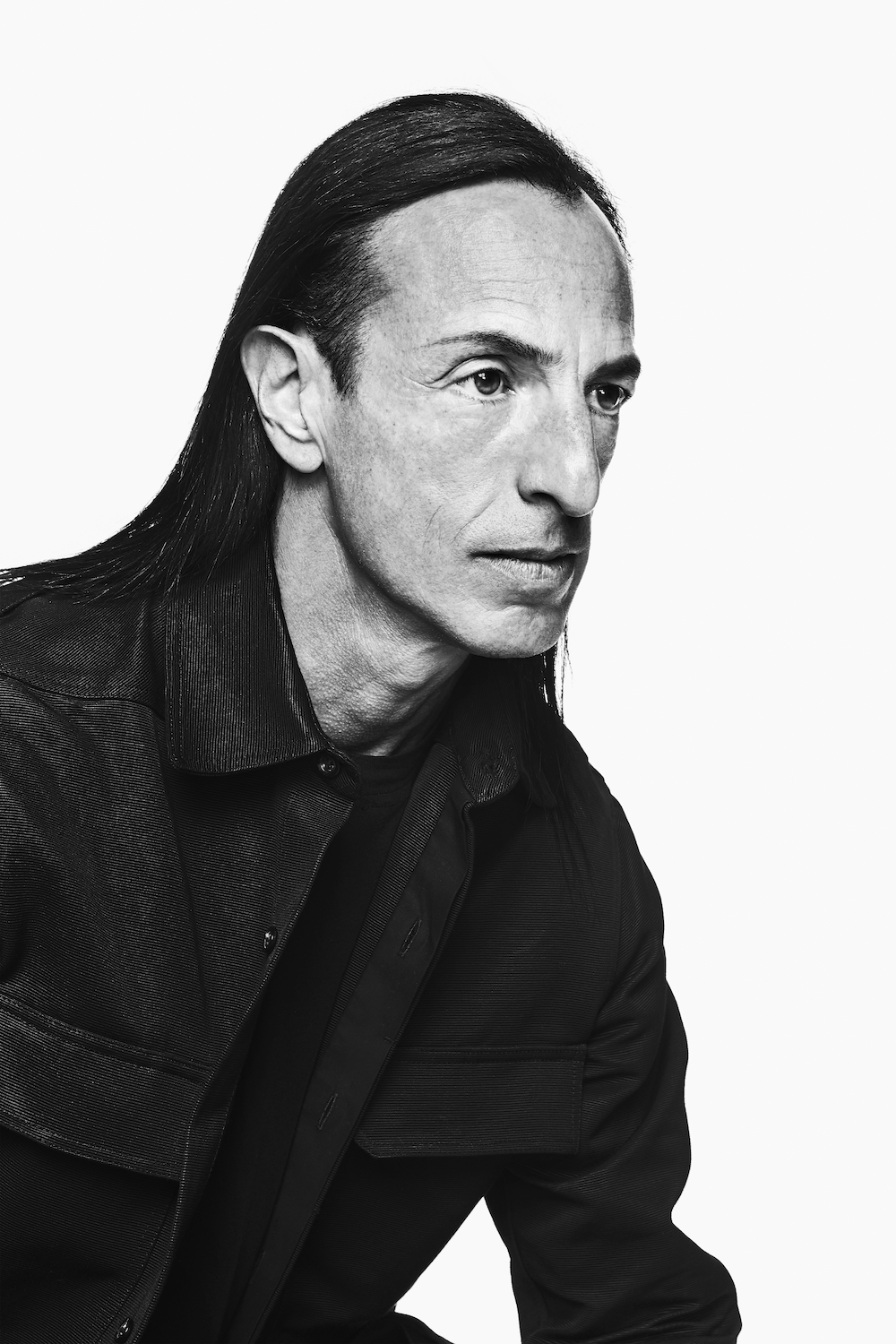 Rick Owens. Photo by Danielle Levitt. Courtesy of the Owenscorp 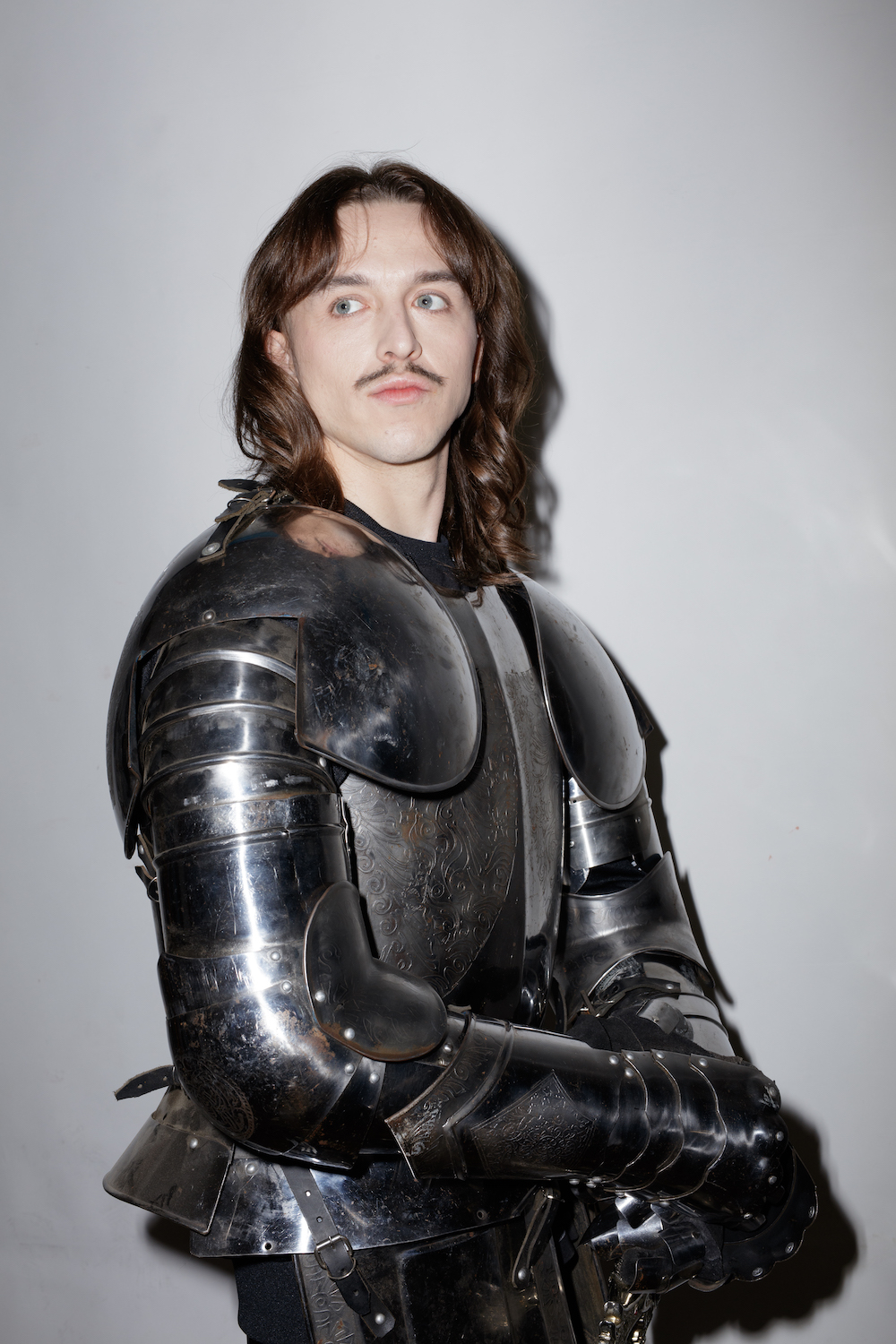 Tommy Cash. Photo by Kertin Vasser. Courtesy of the author
The exhibition features Cash and Owens’s collaborative and individual work. Few artistic mediums are left untouched, the collection comprising of video, music, furniture, garments, sculpture and painting. Cash’s work utilises exaggerated, grotesque forms pop-culture motifs, full of the glutton and colour of consumerist culture. In contrast, Owen’s chosen pieces comprise of garments designed and conceptualised throughout his career, ranging from the minimal black silhouette that is his trade-mark, to more abstract and structural designs that appear more like sculpture than fashion.
Although this pairing may at a glance seem unlikely, this is not their first collaboration; their two artistic domains have never been strangers. Cash modelled for Owens Spring/Summer 2019 runway show Babel, and Owens performed a surreal soliloquy in Cash’s 2018 track Mona Lisa.
Owens has always been open about the huge influence music has on his work, and even likened his creative process to Lou Reed’s nominal sound. Likewise, Cash has expressed keen interest in the visual arts scene. His desire to have his own exhibition has up until recently been quashed as he’s been labelled as ‘just a rapper’ despite his music video’s having shown evidence of acute artistic thought, perhaps shrouded in his ‘lowbrow’ lyrics. 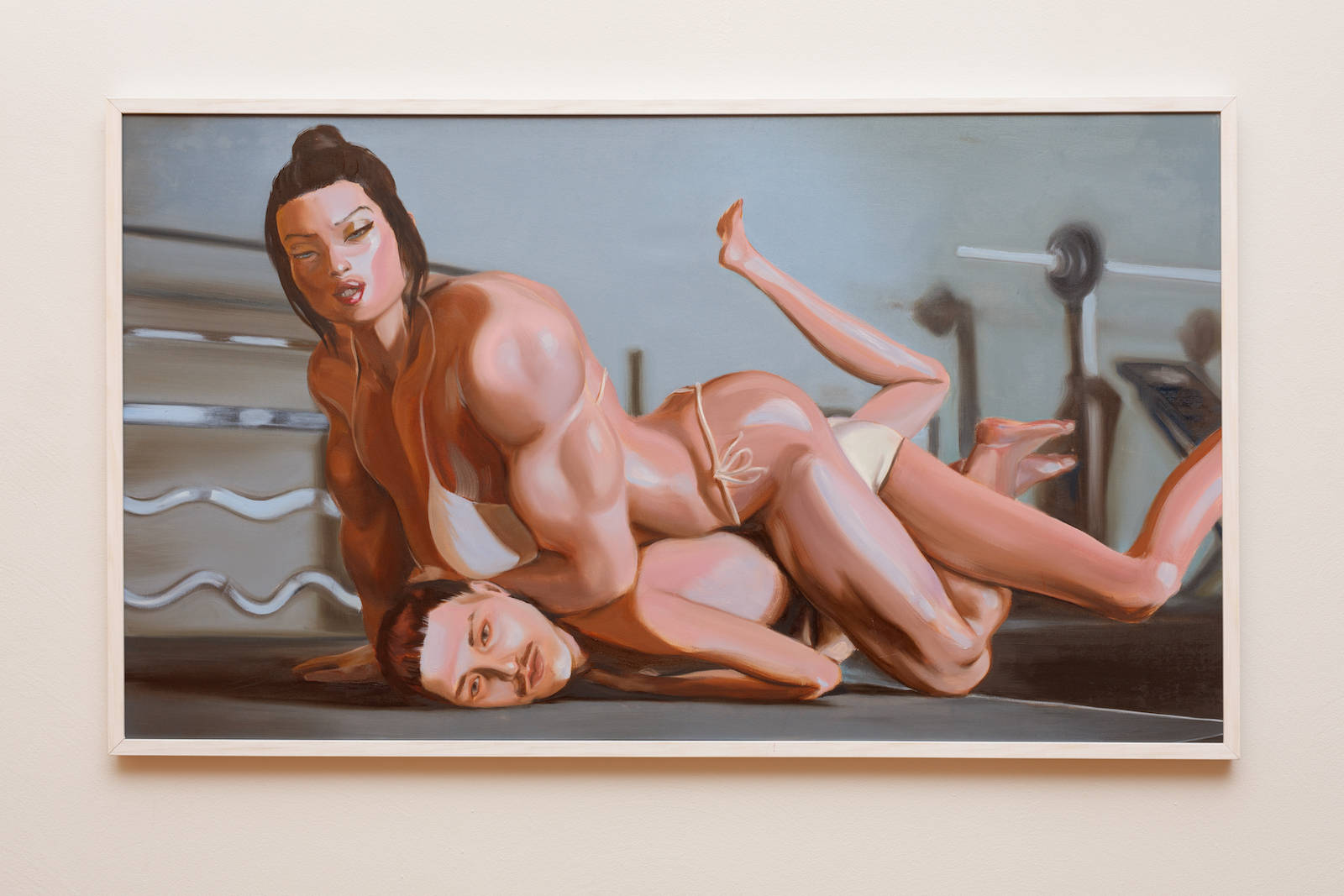 His 2016 music video Winolato although featuring lowbrow, humorous lyrics like “Why have abs when you can have kebabs?” and absurdity more regularly seen in circus ‘freak shows’ than in rap videos, one could draw comparisons between this and Bosch’s Garden of Earthly Delights Triptych in its surrealism and plethora of writhing flesh. Similarly, Owens too does not shy away from the subject of the human body, and even used exposed male genitalia in his Fall/Winter 2015 collection Sphinx.
Despite their differences, Owens and Cash both draw upon the concept of the surreal, one using a ‘higher’, more established art, the other, ‘low’ art. One of their collaborative pieces, an animated video installation for Mona Lisa, fuses both the high and the low in art through a playful combination of Renaissance-style paintings coupled with scenes of phallic fast food, as well as other contrasting visual imagery.
The animation sets a tone for the exhibition; challenging the normative representation of art and paradoxical union through contrast. For, despite its esteemed position over popular music, fashion is still considered lowly in the hierarchy of arts, likewise with rap music. Thus, this fusion of two art forms frowned upon by the art world as frivolous or vulgar is portrayed in a way that is fresh and afire with satire.
The exhibition The Pure and the Damned by Rick Owens and Tommy Cash is on view until September 15 at Kumu Art Museum, A. Weizenbergi 34, Tallinn. 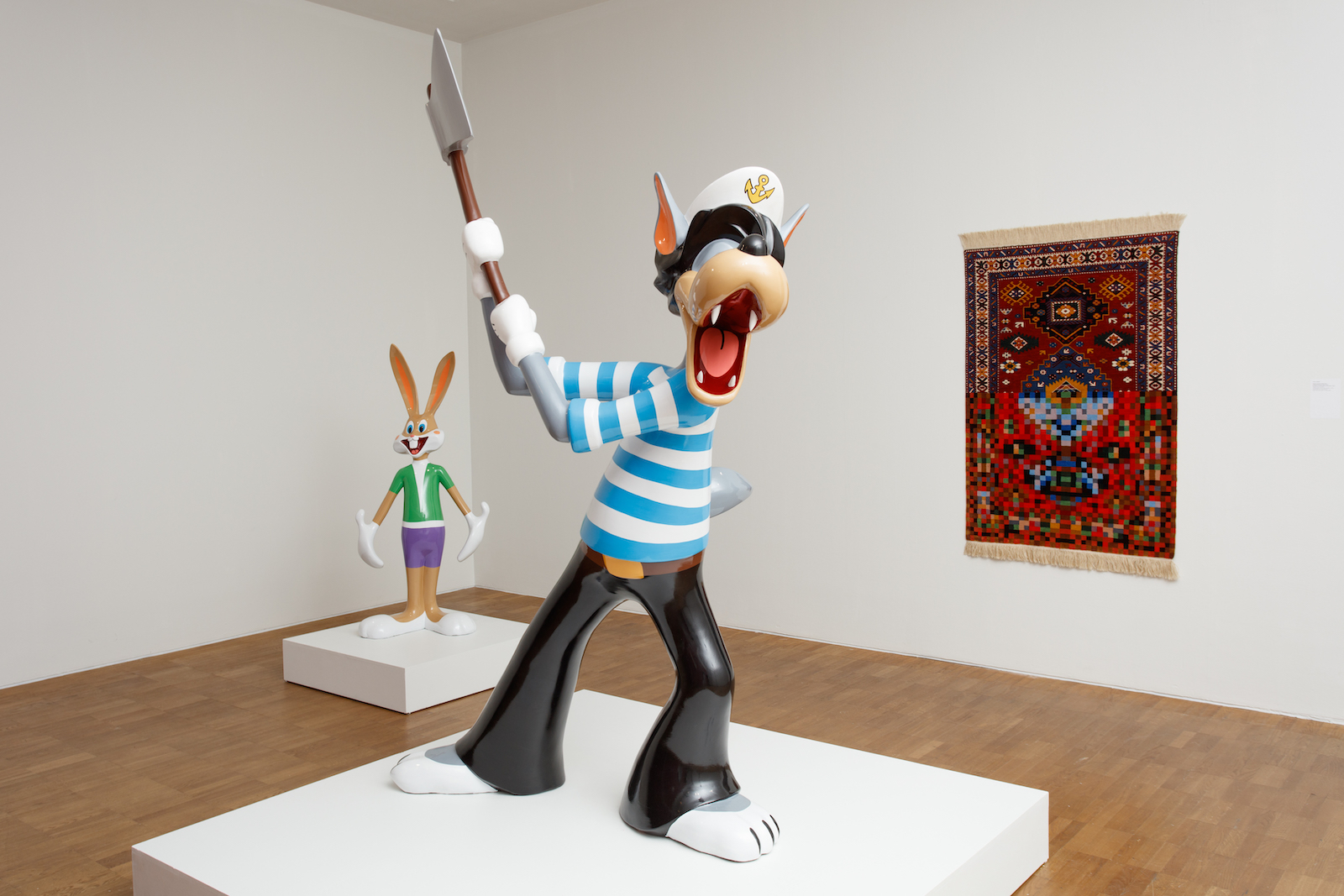 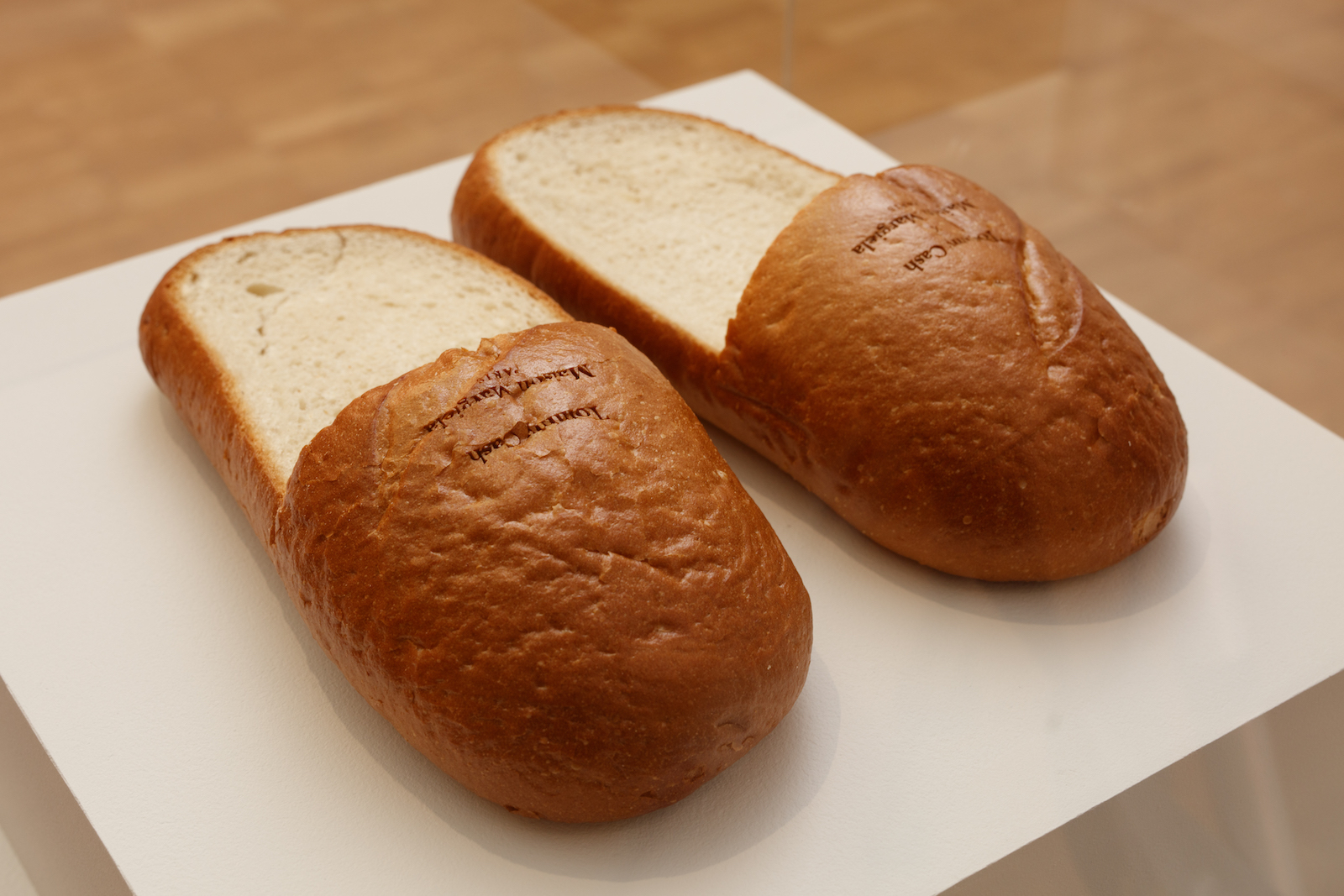 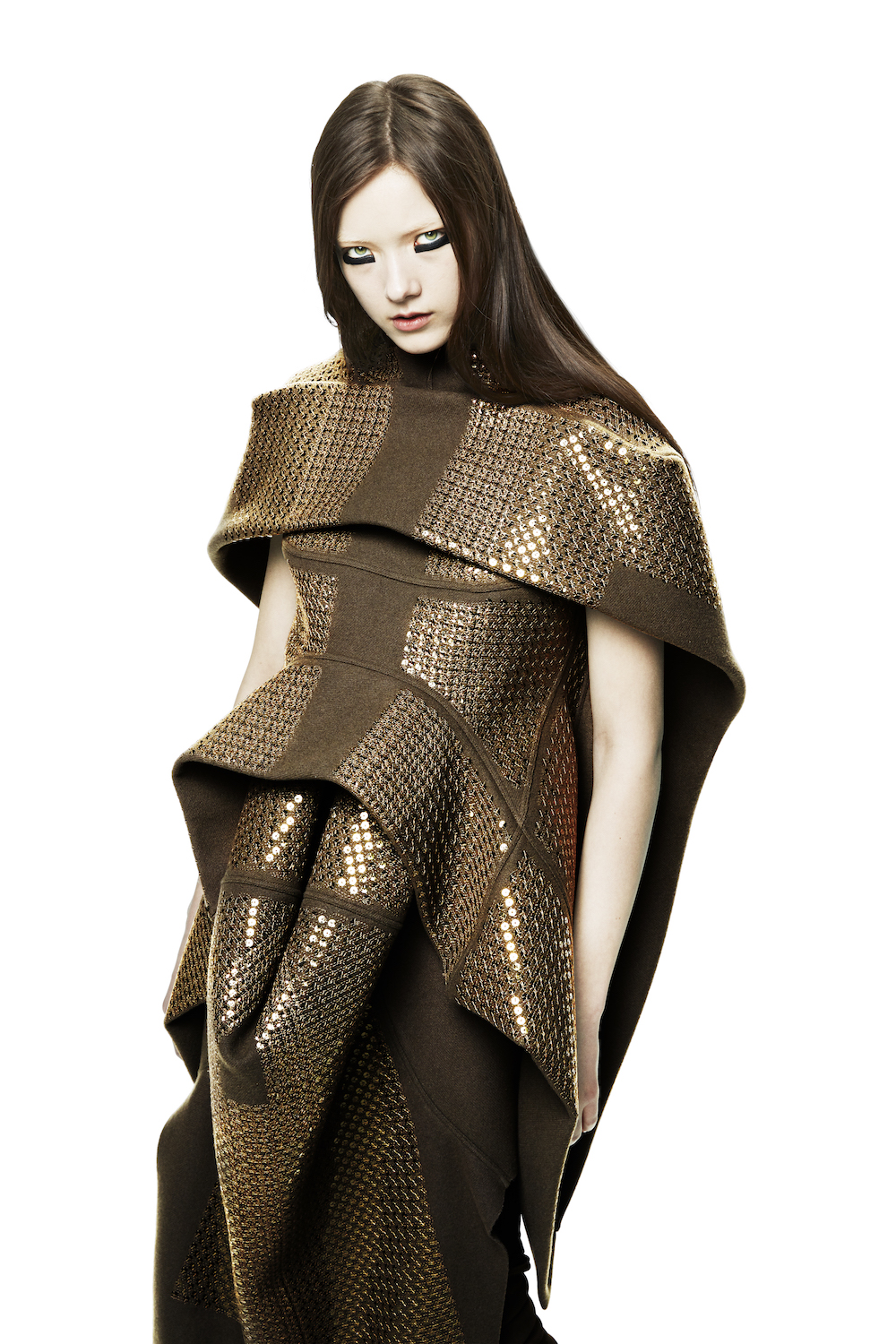 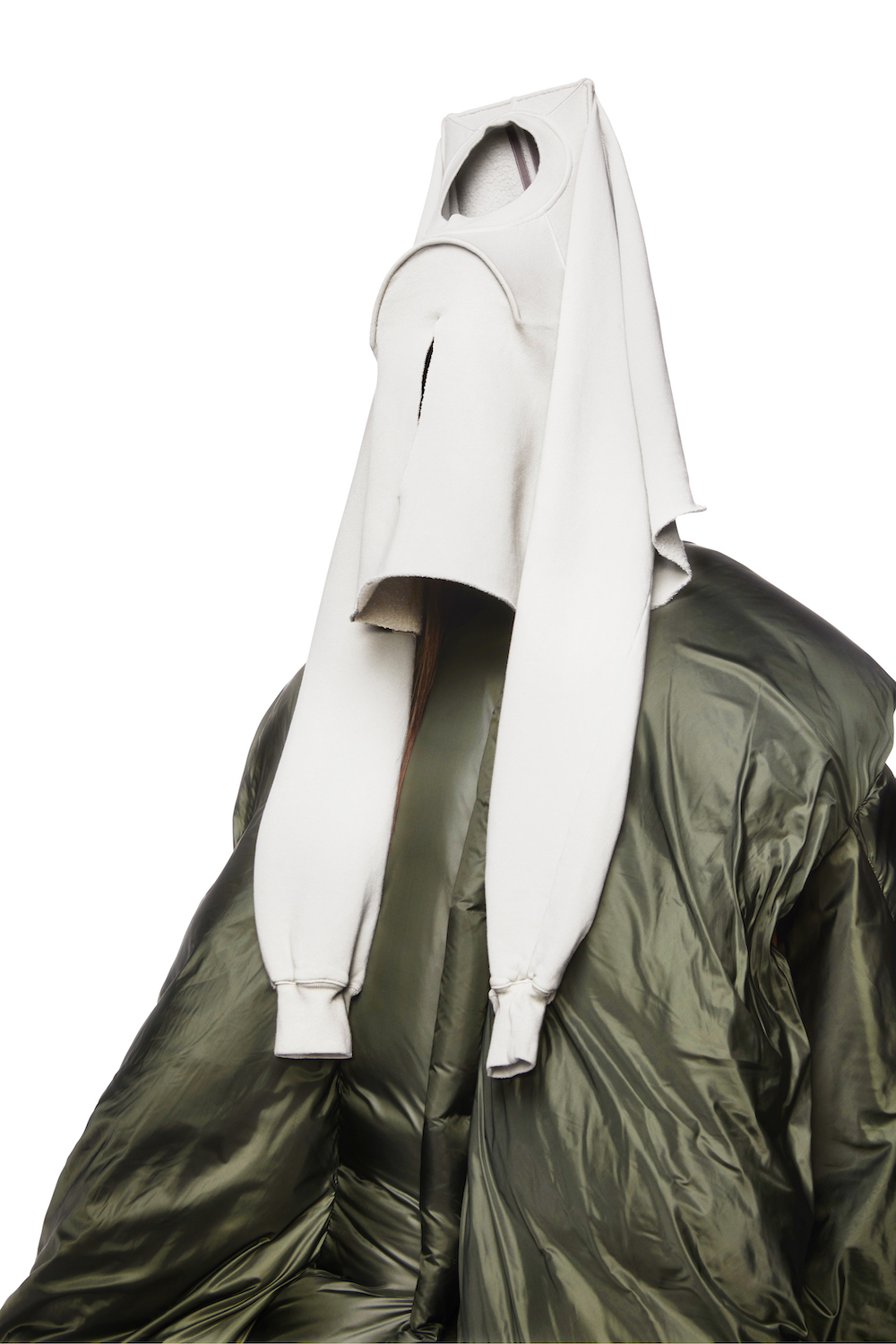 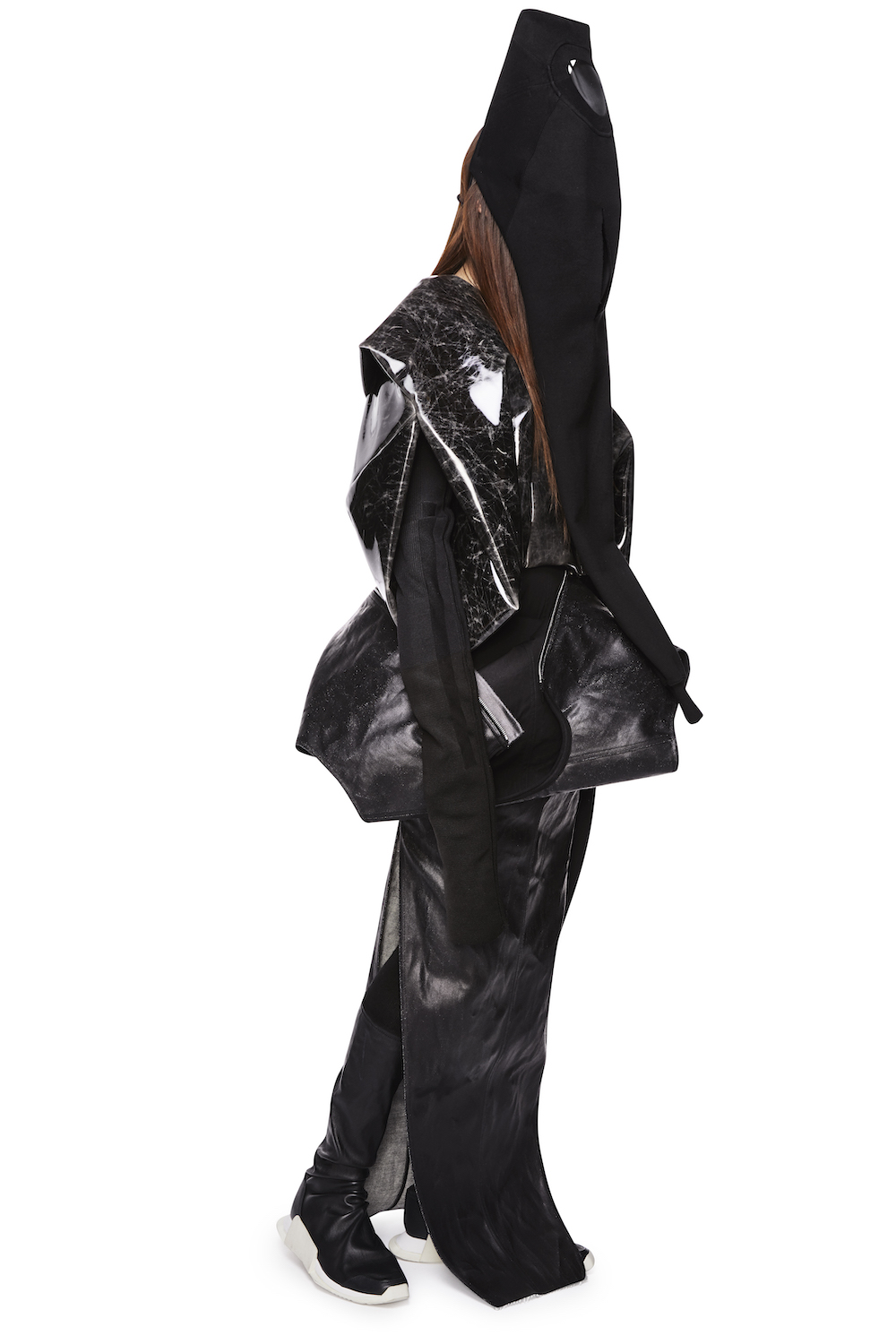 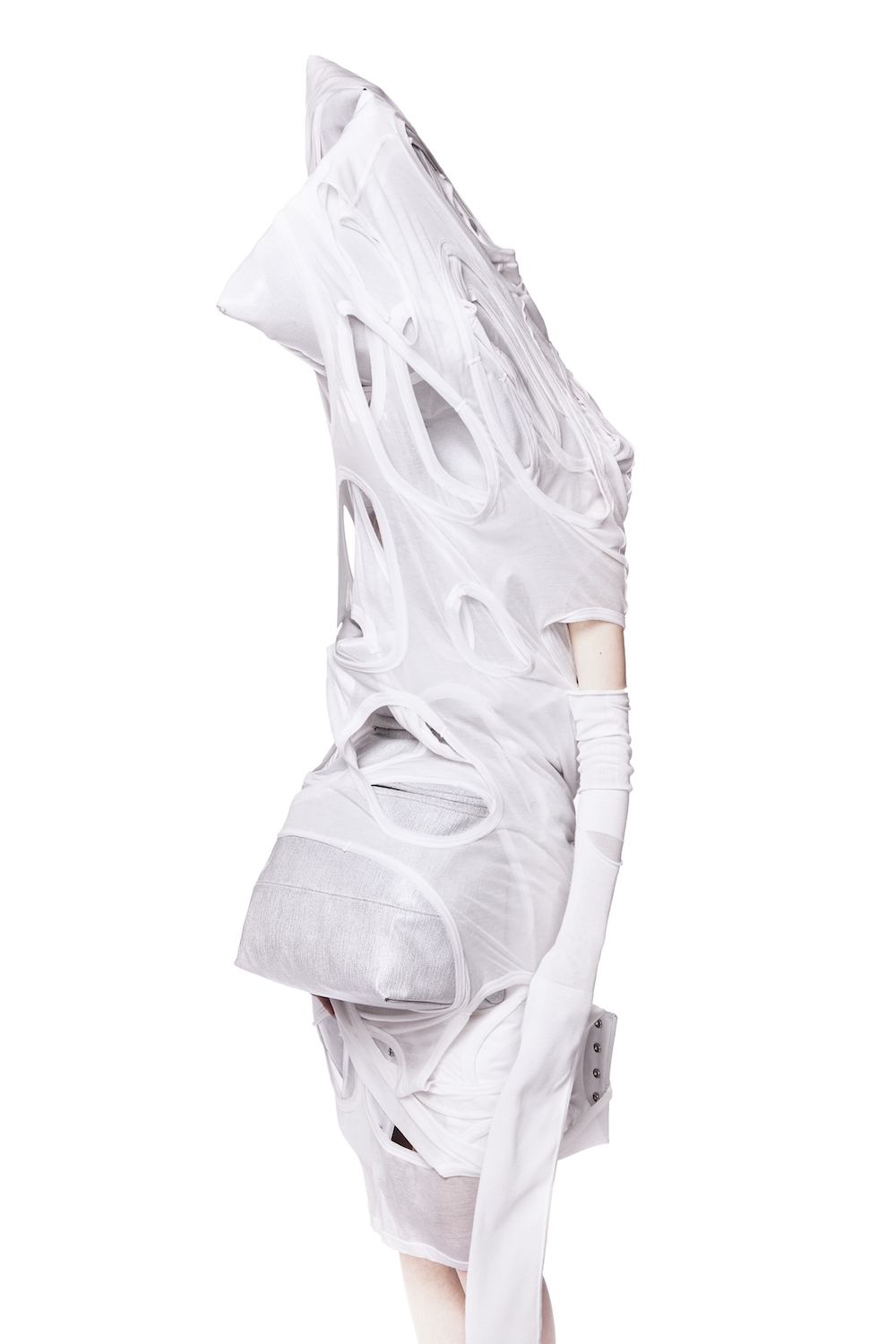