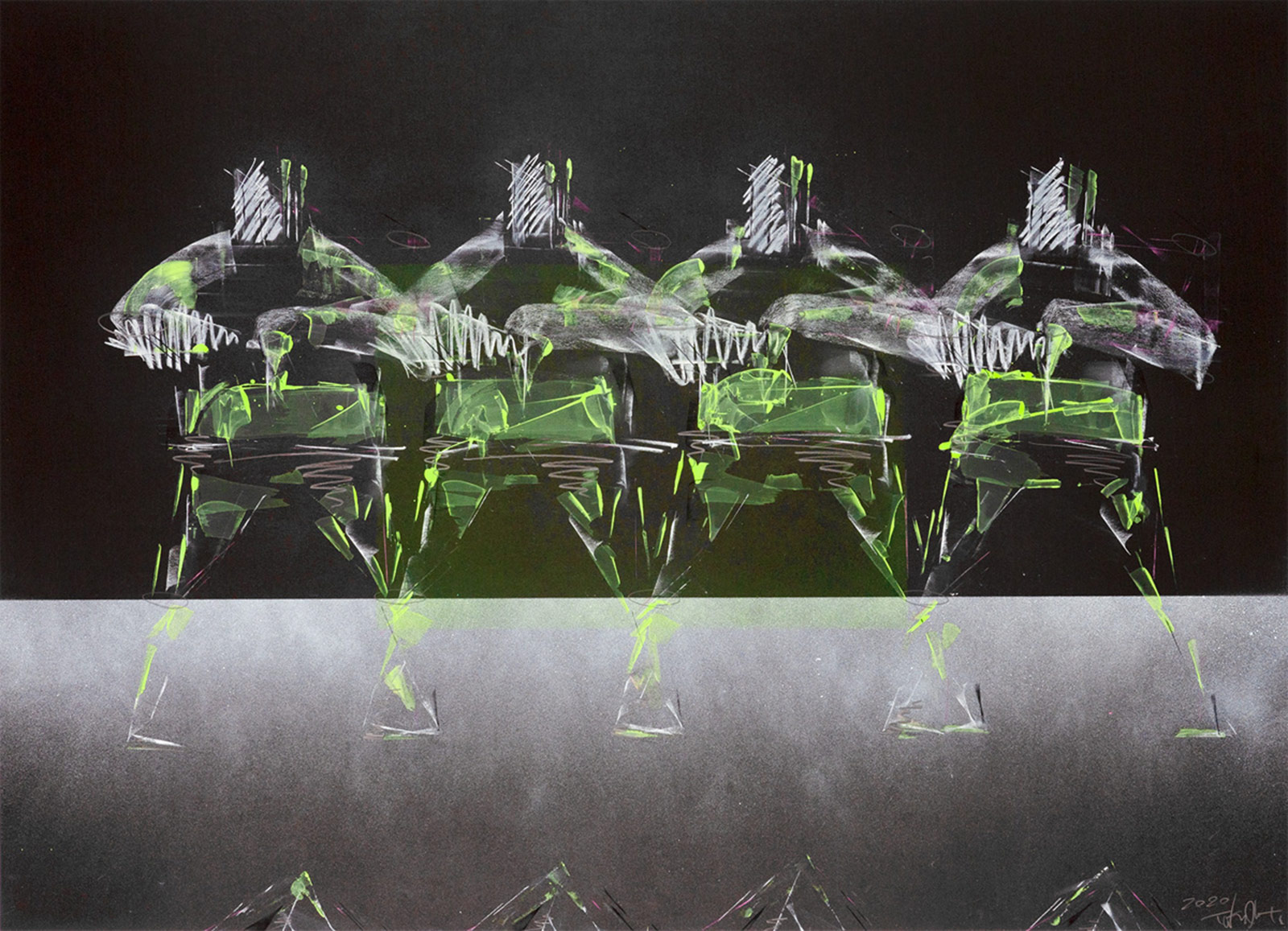 Exploring body movement, space and gravity, Japanese artist Taku Obata presents his latest series of canvas works at Akio Nagasawa Gallery in Aoyama, Tokyo. On view until July 11th, the exhibition Opposite Effects showcases artworks at the intersection between figurative and abstract, a visual representation of b-boy culture, breakdance and hip-hop.
Although Taku Obata’s most famous works are his masterfully-carved wood sculptures representing b-boys and girls in colourful sportswear outfits, he also works on sketches, drawings, silkscreen prints, blueprints and canvases. Through his dynamic and vivid artistic practice, Obata explores one of his obsessions since he was a little kid: b-boy culture.

First coined by DJ Kool Herc in the 1970s, the term ‘b-boy’ used to encapsulate a whole philosophy, lifestyle and culture related to hip-hop and breakdance, which was major up until the early 1990s, when it started decaying in the US – despite it was still big in Europe and some Asian countries. Obata, who was born in 1980, grew up obsessed with that culture, and he himself is a dancer and even founded a b-boy crew named the Unityselections in 1999. However, this past decade, he’s been focusing more on his fine arts practice, and he’s exhibited worldwide including shows in NYC and London. Now, you have a chance to discover some of his lesser-known work in 2D in Tokyo, so don’t miss the opportunity if you’re there!
The exhibition Opposite Effects by Taku Obata is on view until July 11th at Akio Nagasawa Gallery Aoyama, Noir bldg. 2F 5-12-3 Minami Aoyama, Minato-ku, Tokyo. 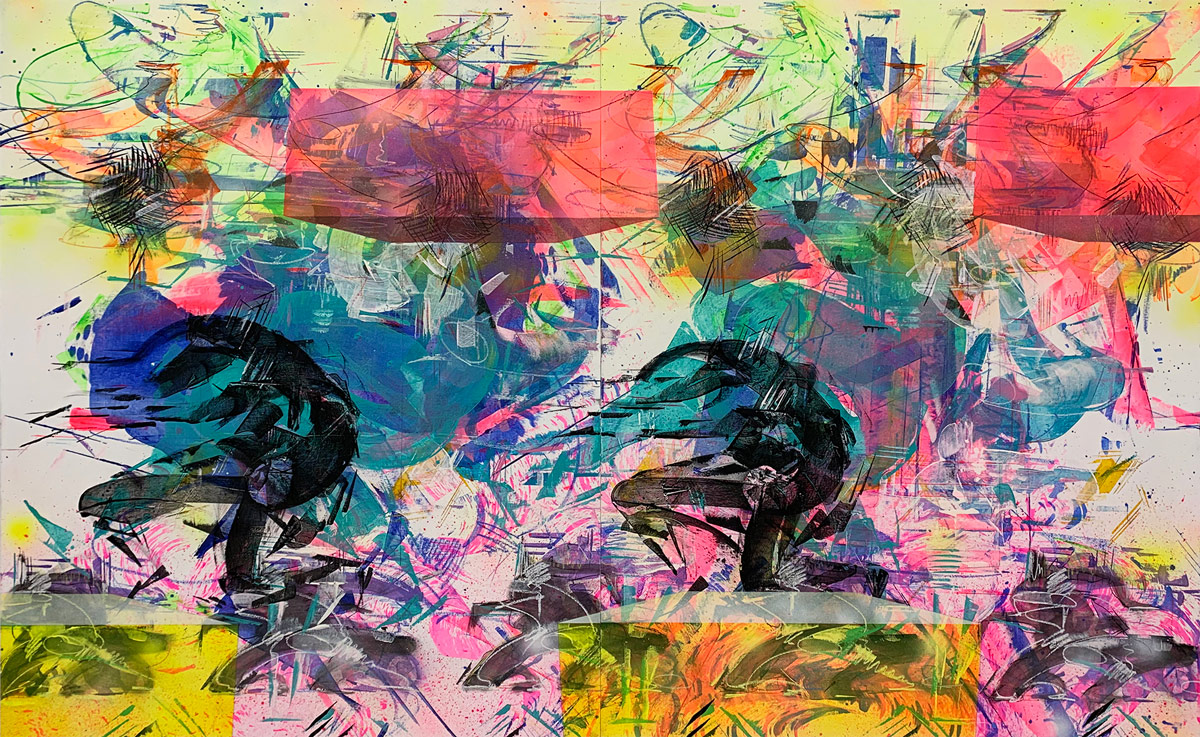 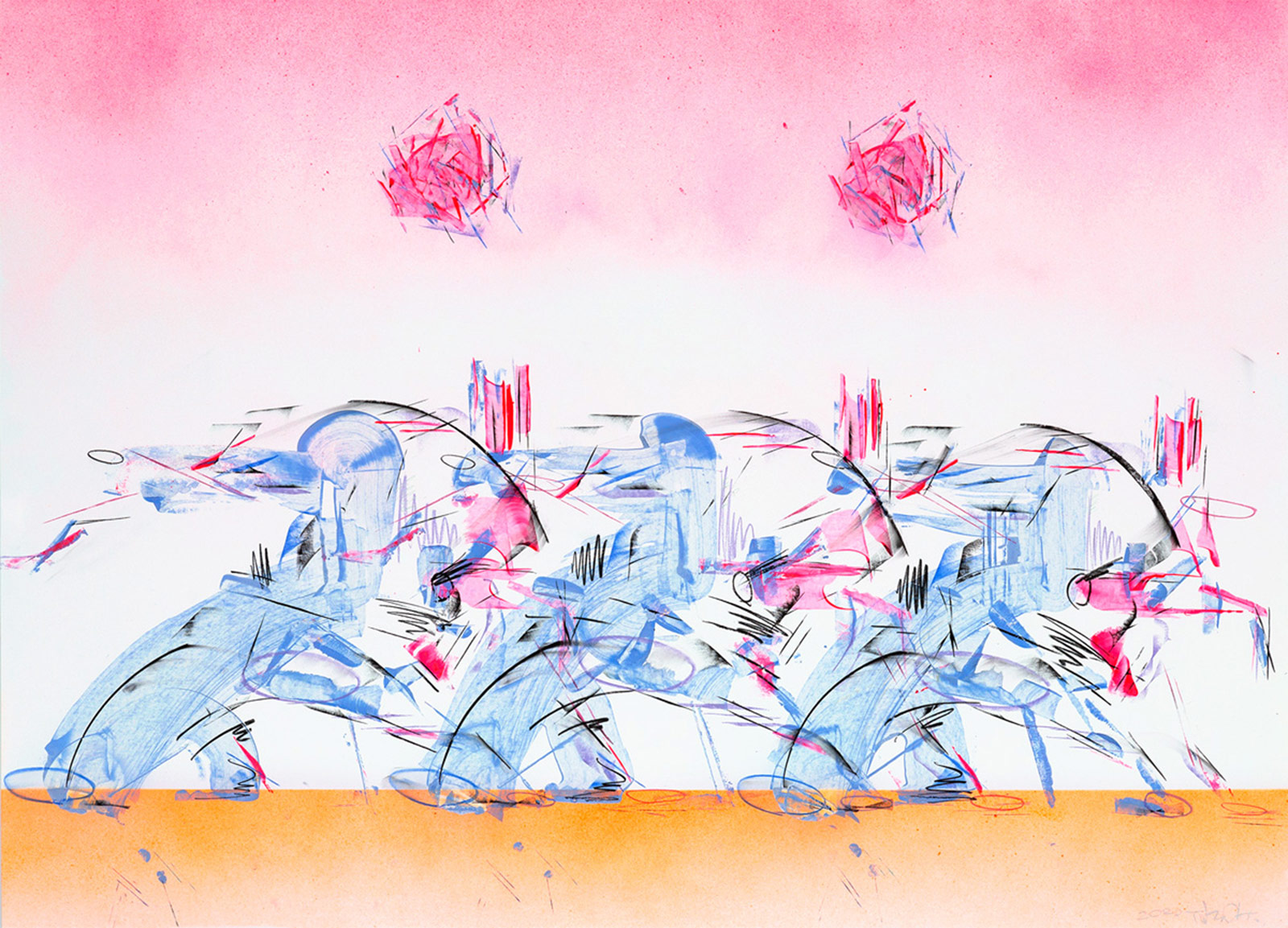 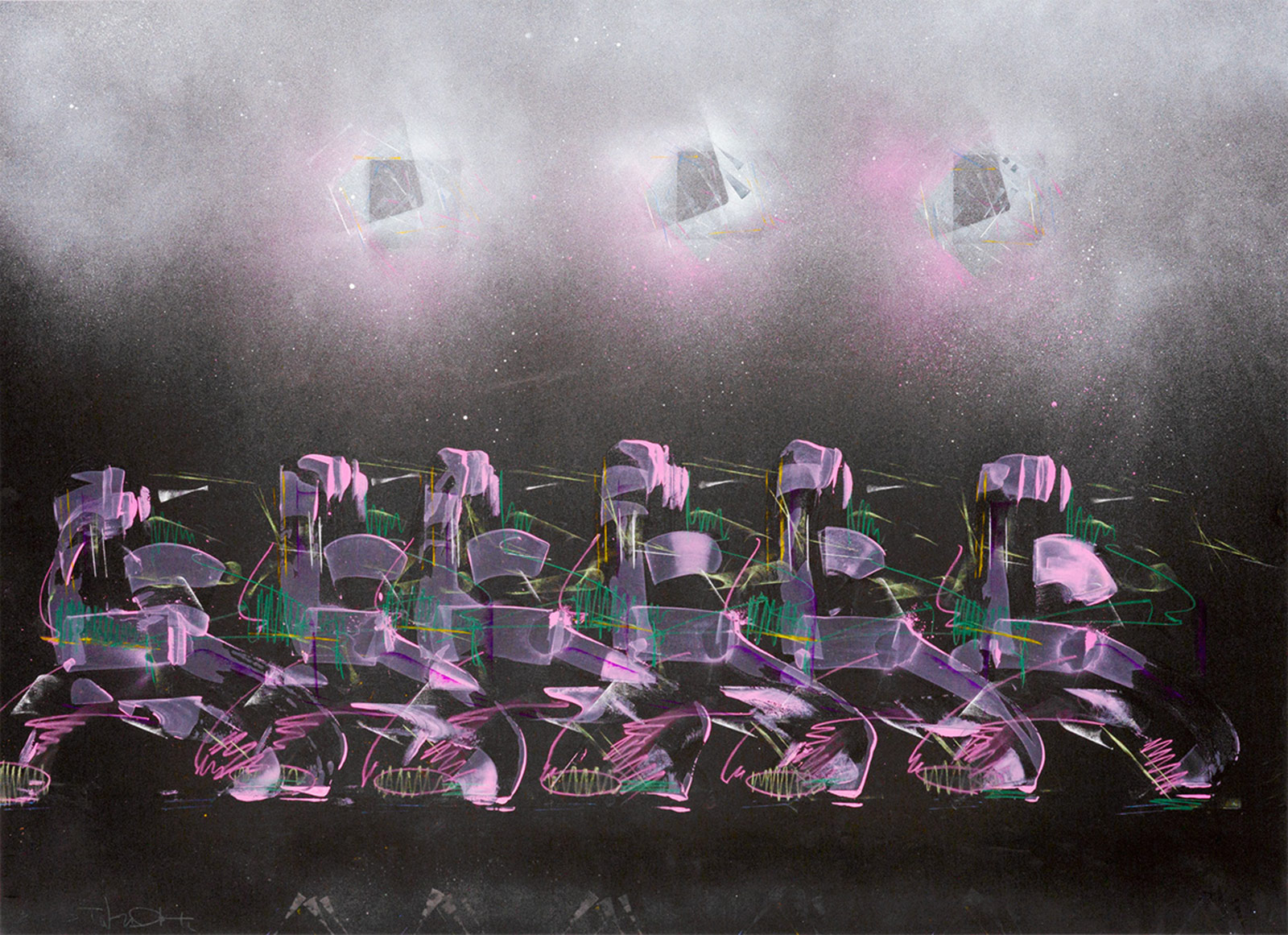 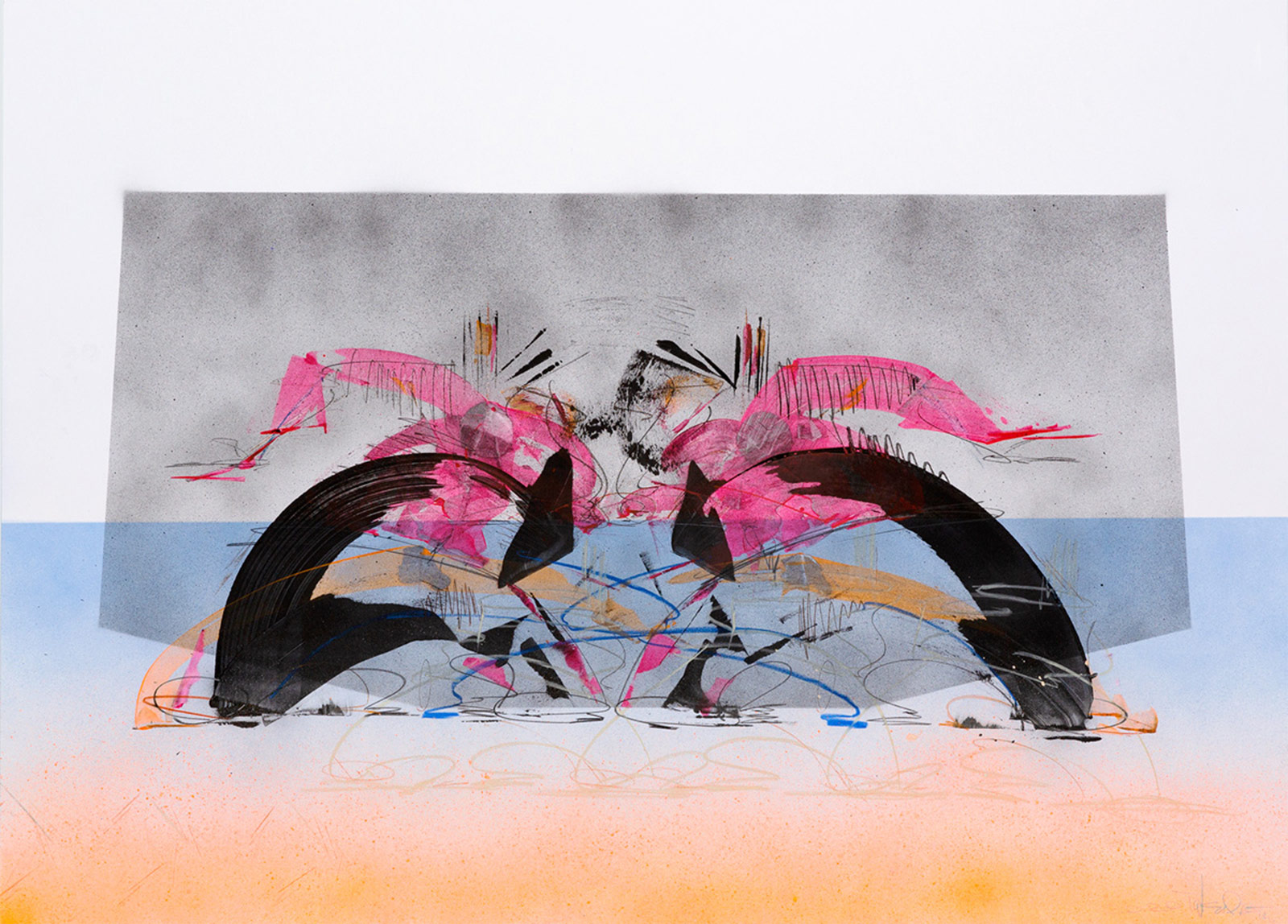 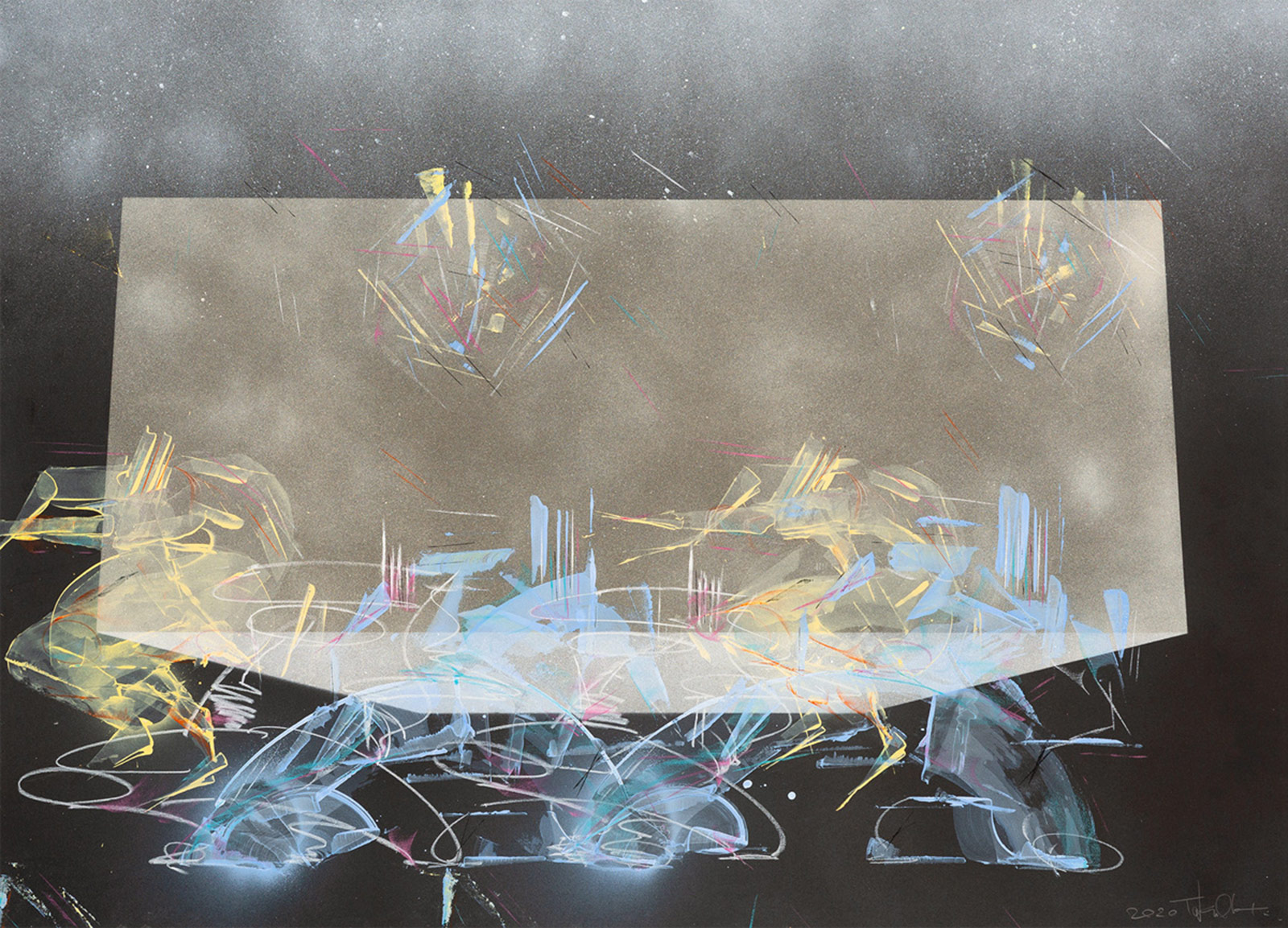 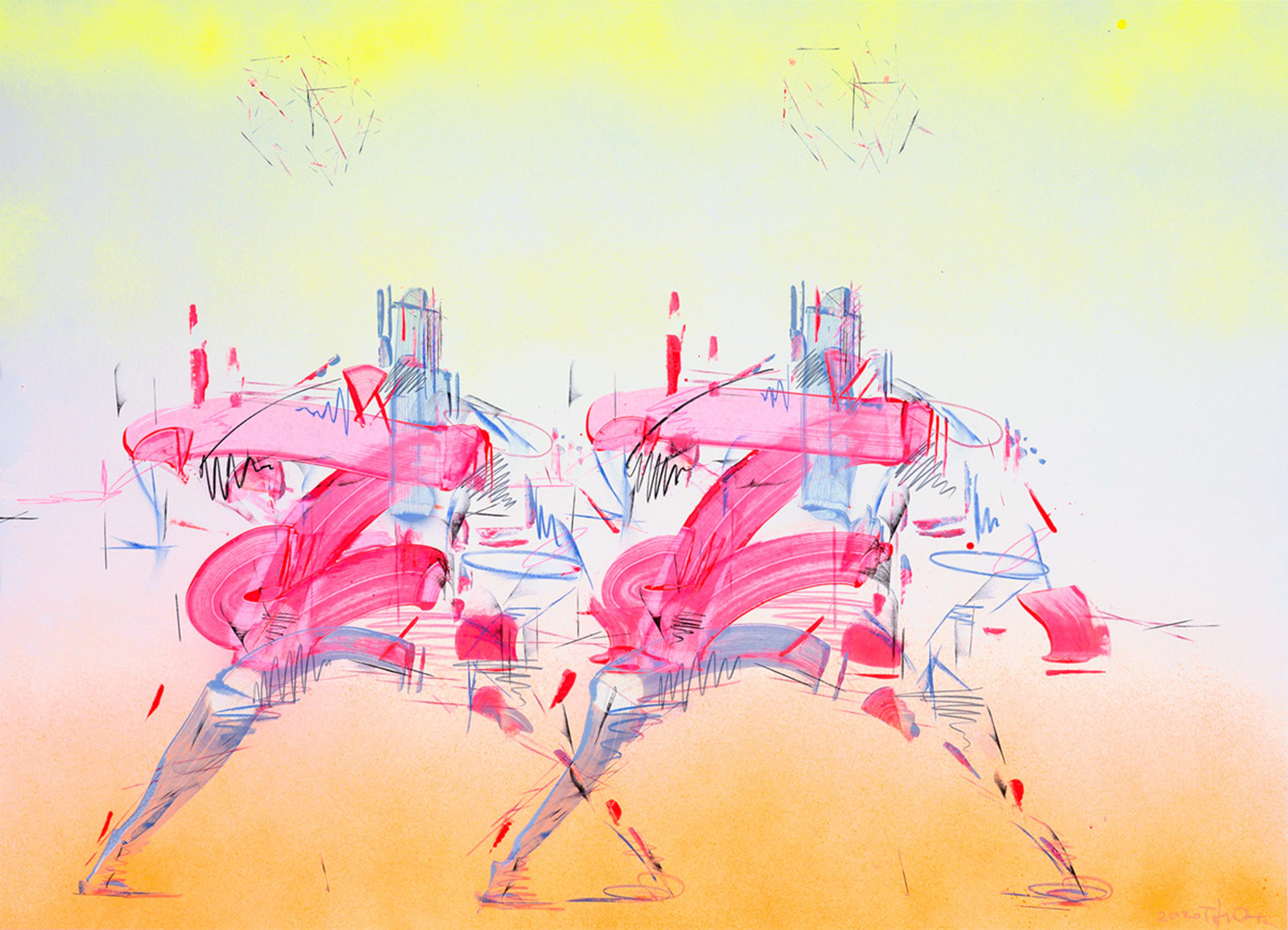