A collective show of geniuses 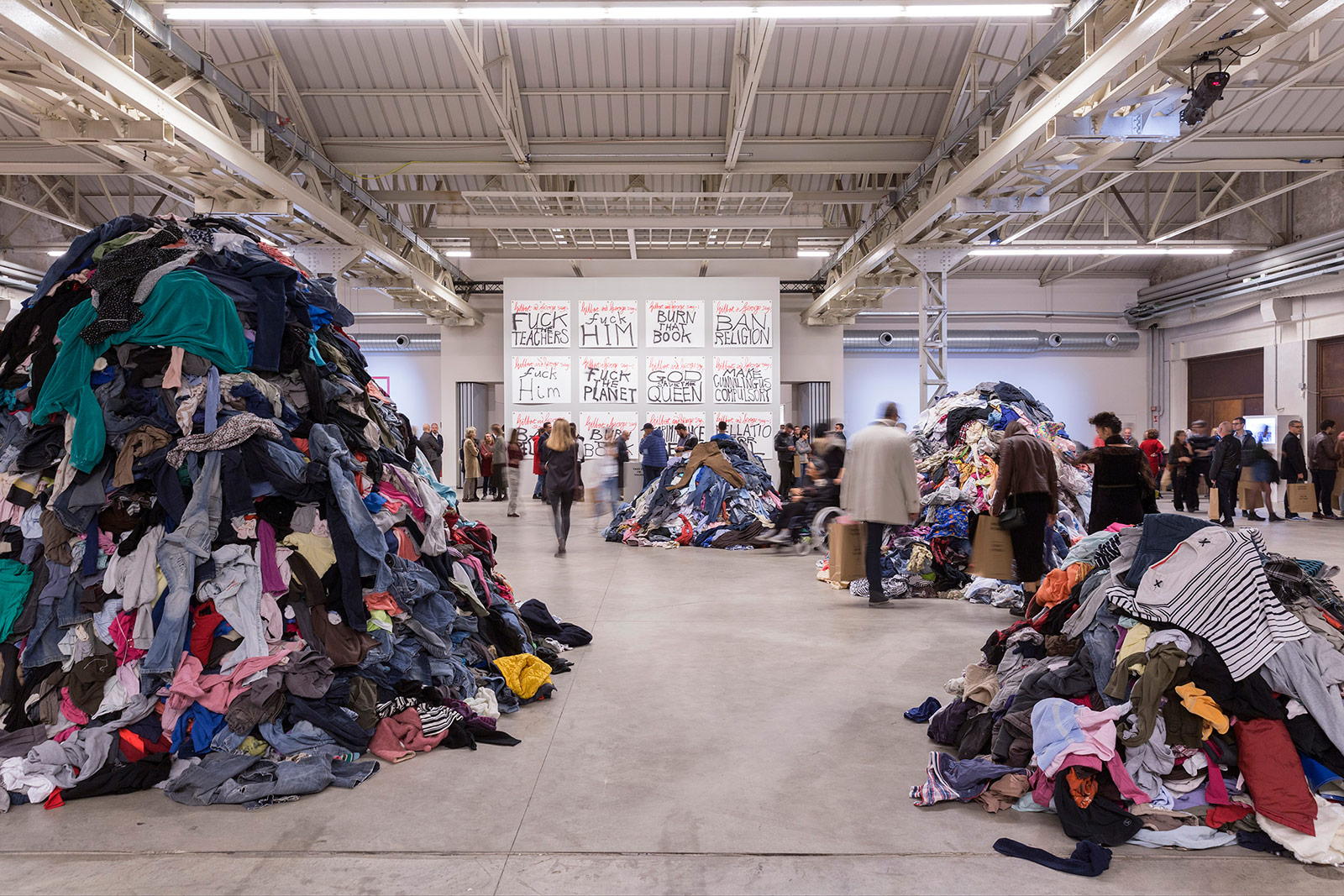 Turn back in time to that particular day in your childhood when your parents, instead of taking you to the park or in a toy shop as they usually did, decided you were old enough to be taken to a museum. The main sentence you heard during this trip was probably “Don't touch” and, most likely, this sentence has just been stuck in your mind ever since. You do not touch art, you just don't. You also probably learned that, no matter how much you liked something, you couldn't take it home with you. You just had to leave it where it was for other people to admire. It would never, ever, ever be yours. You were probably very disappointed by your first taste of the art world, we all were. Well, I have good new for you: everything you learnt – or kind of – was fake, and the exhibition Take Me (I’m Yours), recently inaugurated at Milan’s Hangar Bicocca, proves it.
But first, let me continue with your childhood memories just where I left it. Further on life, you probably acknowledged that you don't touch art because artworks are somehow sacred and that the ‘don’t touch’ concept is strictly connected to the concept of exhibition itself. You also learned that yes, in some cases, artworks could become yours to keep, but you had to qualify for this either as someone with a lot of money or as some kind of art mogul. Or as the friend of an artist, of course.

Now jump back to the present again. Precisely in Milan, at Hangar Bicocca, where the exhibition Take Me (I'm Yours) finally allows us all to do everything that is usually strictly forbidden. Artworks not only can be touched, but they can also be moved around, modified, bought (without huge investments) or even taken for free. You can also contribute to the creation of the artworks by leaving something of yours. People are invited to interact with ephemeral pieces and performances, where the exchange isn't necessarily connected to an object but more to an experience, in accordance to an idea of immateriality that is growing stronger and stronger not only in art but also in everyday life – and that the curators, Christian Boltanski, Hans Ulrich Obrist, Chiara Parisi and Roberta Tenconi have been witty enough to see.

The idea originates in the early nineties from a discussion between curator Hans Ulrich Obrist and the artist Christian Boltanski on the need to rethink the idea of the way in which art is exhibited, perceived and consumed. In 1991, Boltanski created Quai de la Gare: piles of second-hand clothes that people could take home in a bag stating “Dispersion” on it. In this way, his art piece transitioned from an immaterial dispersion to a tangible one. In Milan, you can use the “Dispersion” bag to take home several pieces of the various artworks on show. Take Me (I'm Yours) was originally showed in 1995 at the Serpentine Gallery in London, and from 2015 it has been touring various cities, shifting according to the spaces where it is hosted and growing larger and larger.

So, you can start by having your name announced at the entrance like in an old-fashion ball by Gustav Metzger's Name Announcer, then take one or more pics of your favourite Prettiest Woman (Hans-Peter Feldman), shape your idea of magazine front page by cutting out Gustav Metzger's Mass Media: Today and Yesterday, pick up a mint bon-bon from Felix Gonazalez-Torres’ carpet of sweets, try your luck in winning a diner-a-deux with Douglas Gordon (who took the exhibition quite literally, offered himself, and of course called his work Take me I'm Yours), portray a real-life model kindly provided by Patrizio Di Massimo (Self-portrait as a model) or choose a badge with your favourite statement from Gilbert & George's Banners (“Make cunnilingus compulsory” turned out to be to be the most successful one). 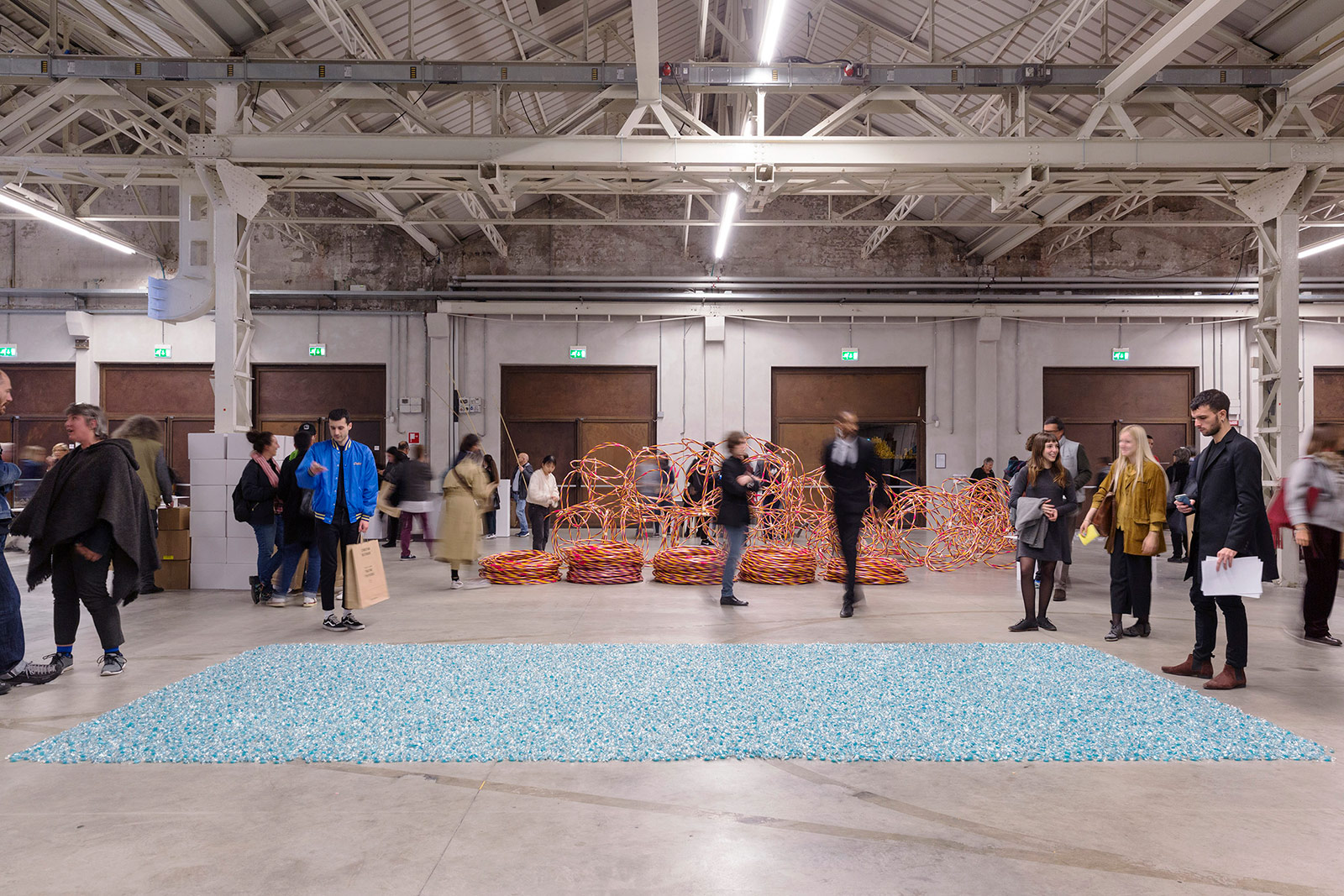 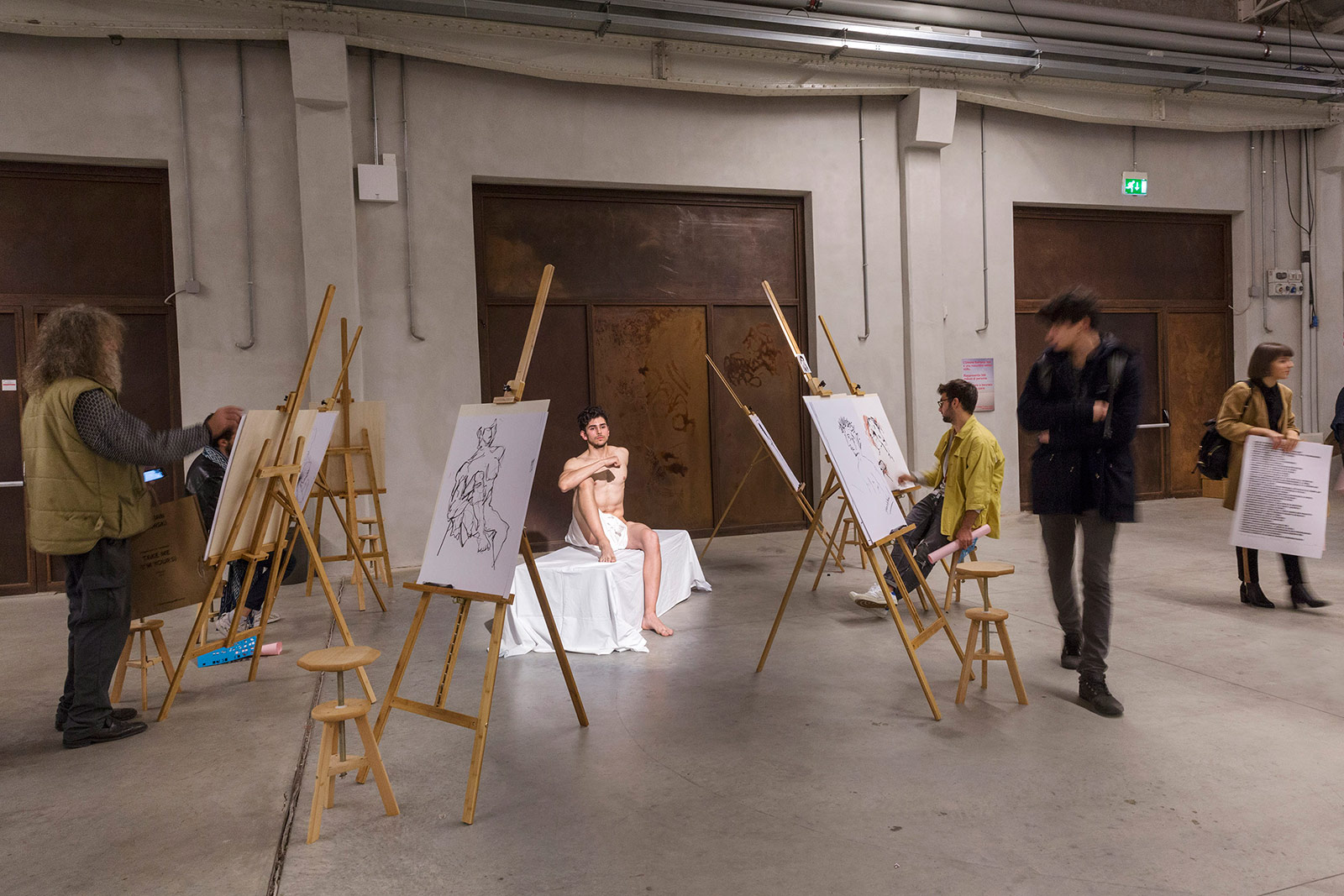 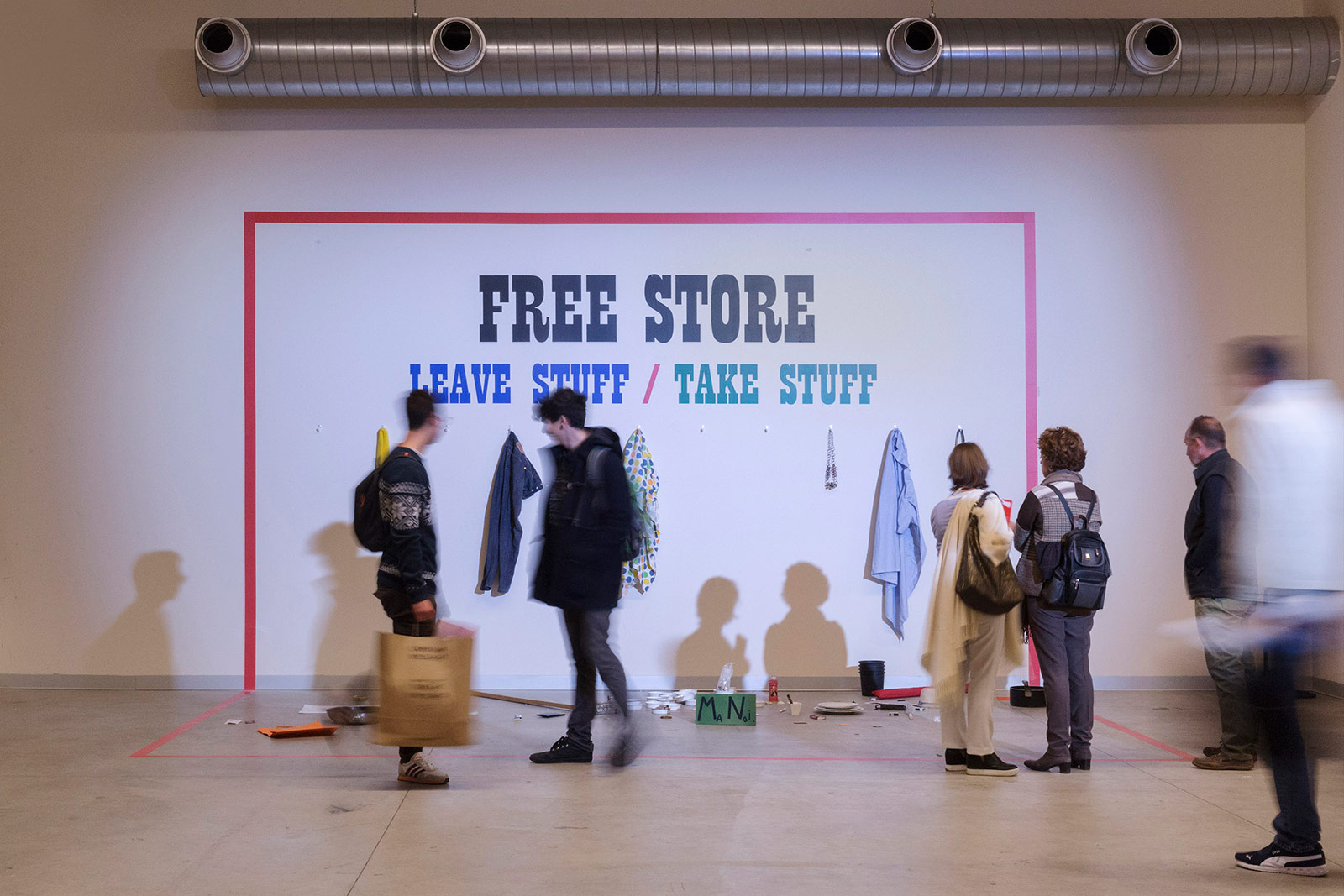 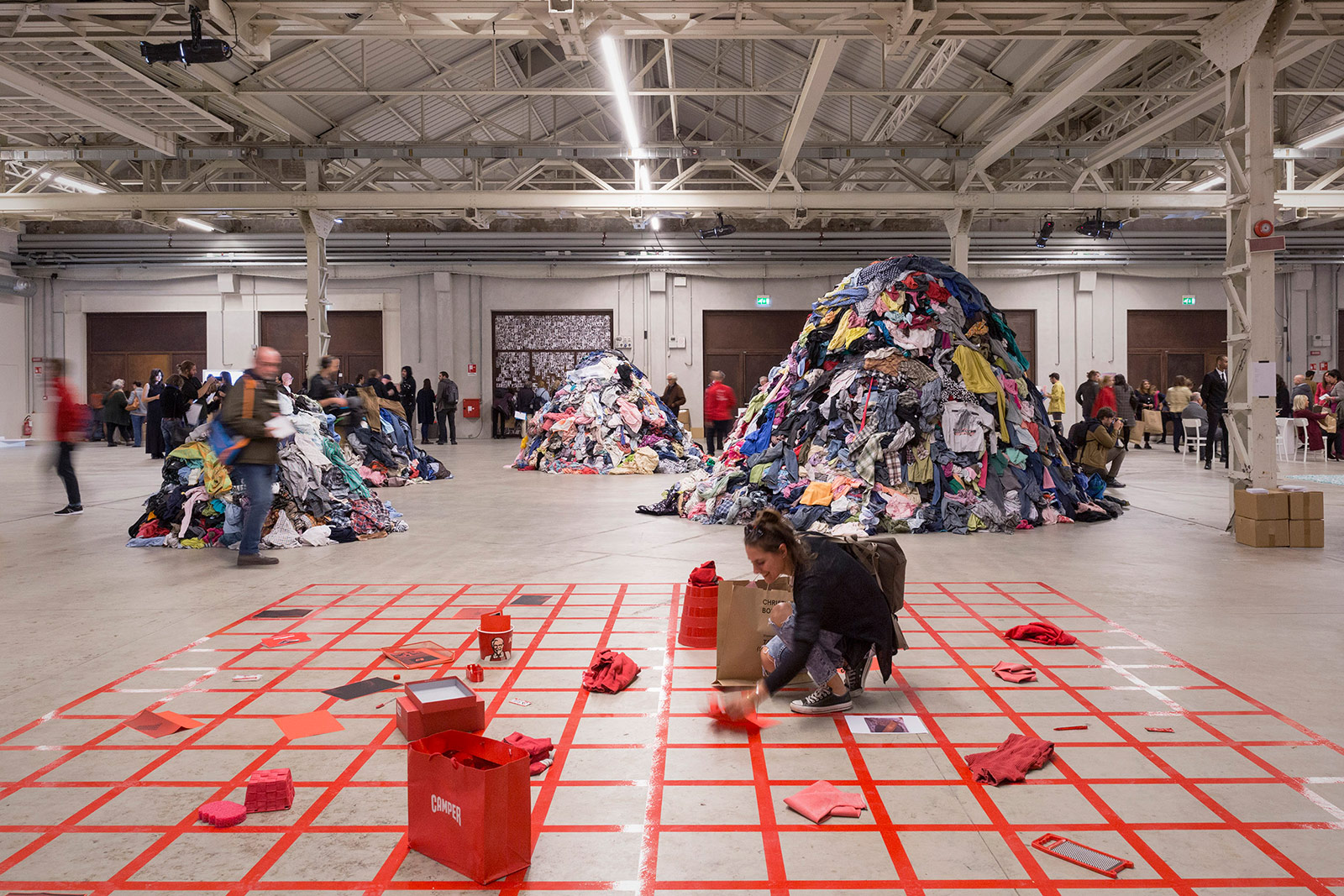 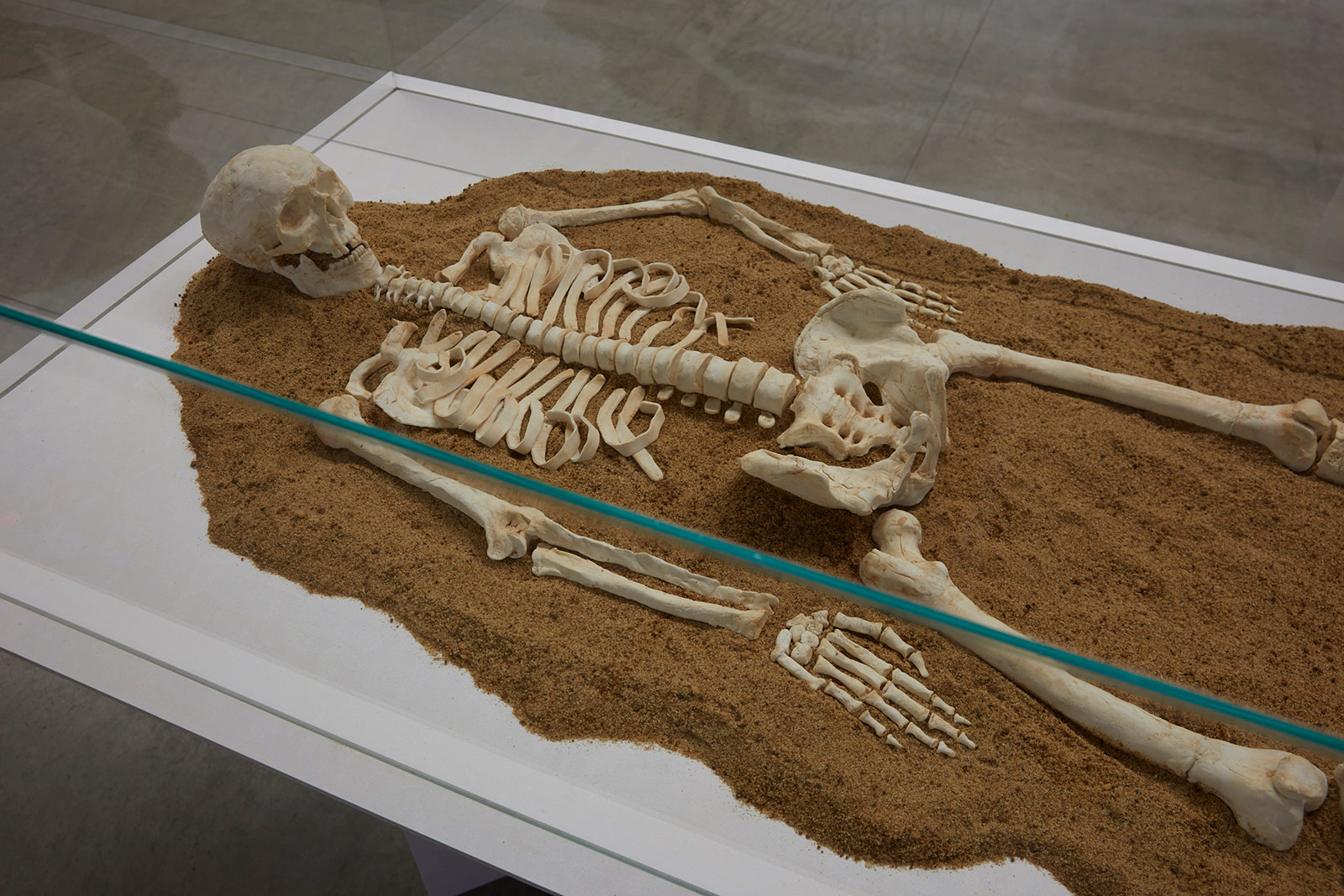 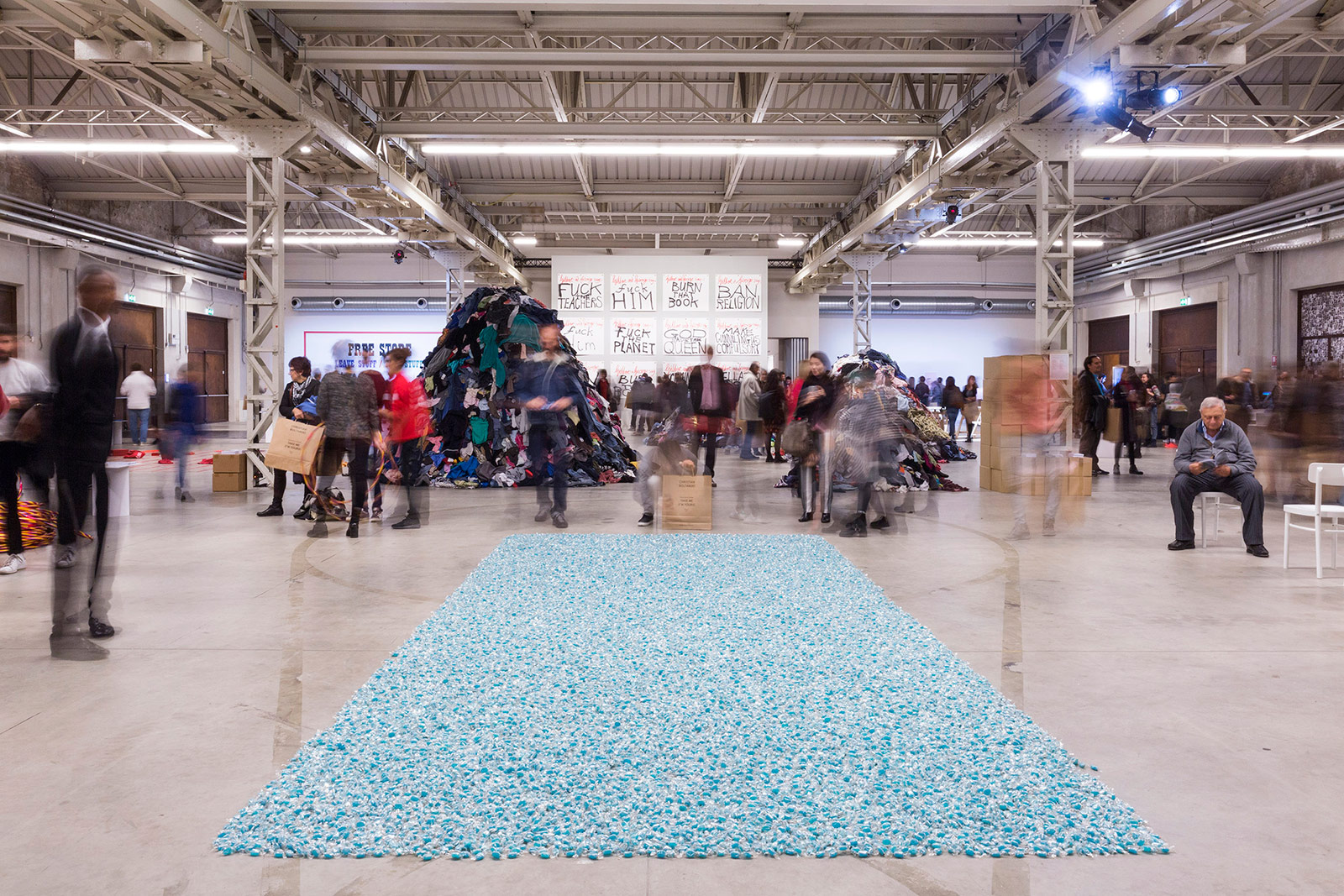 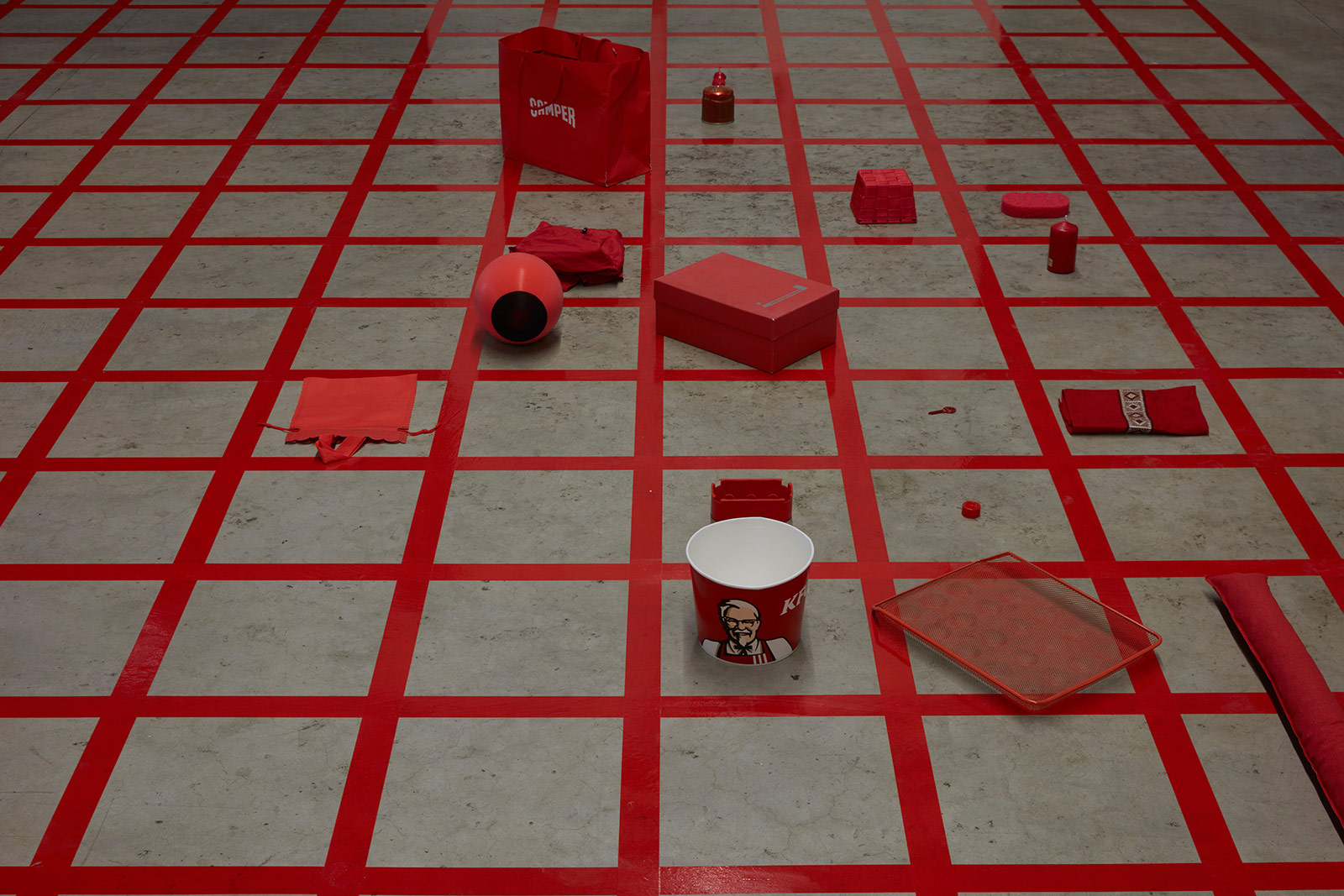 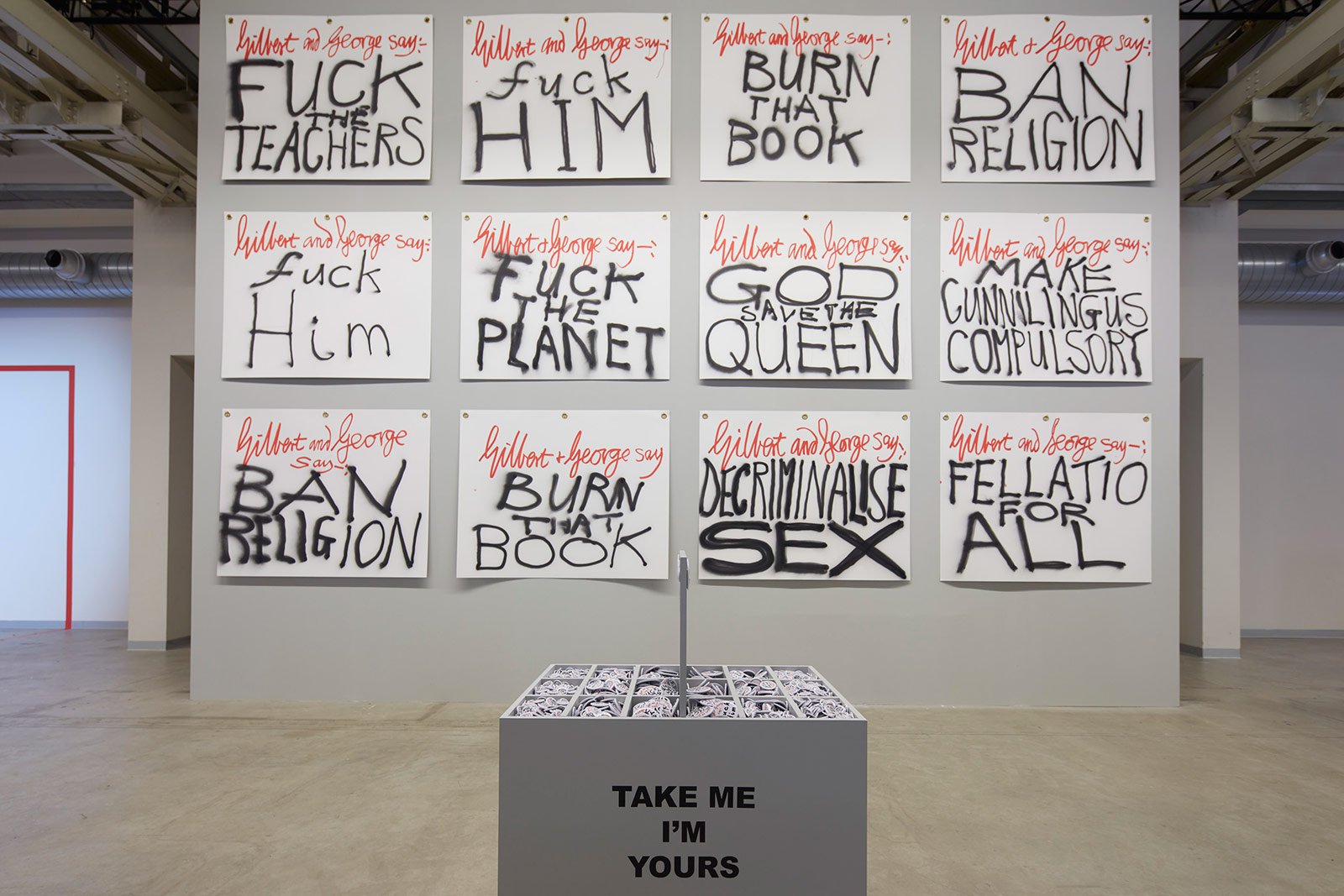 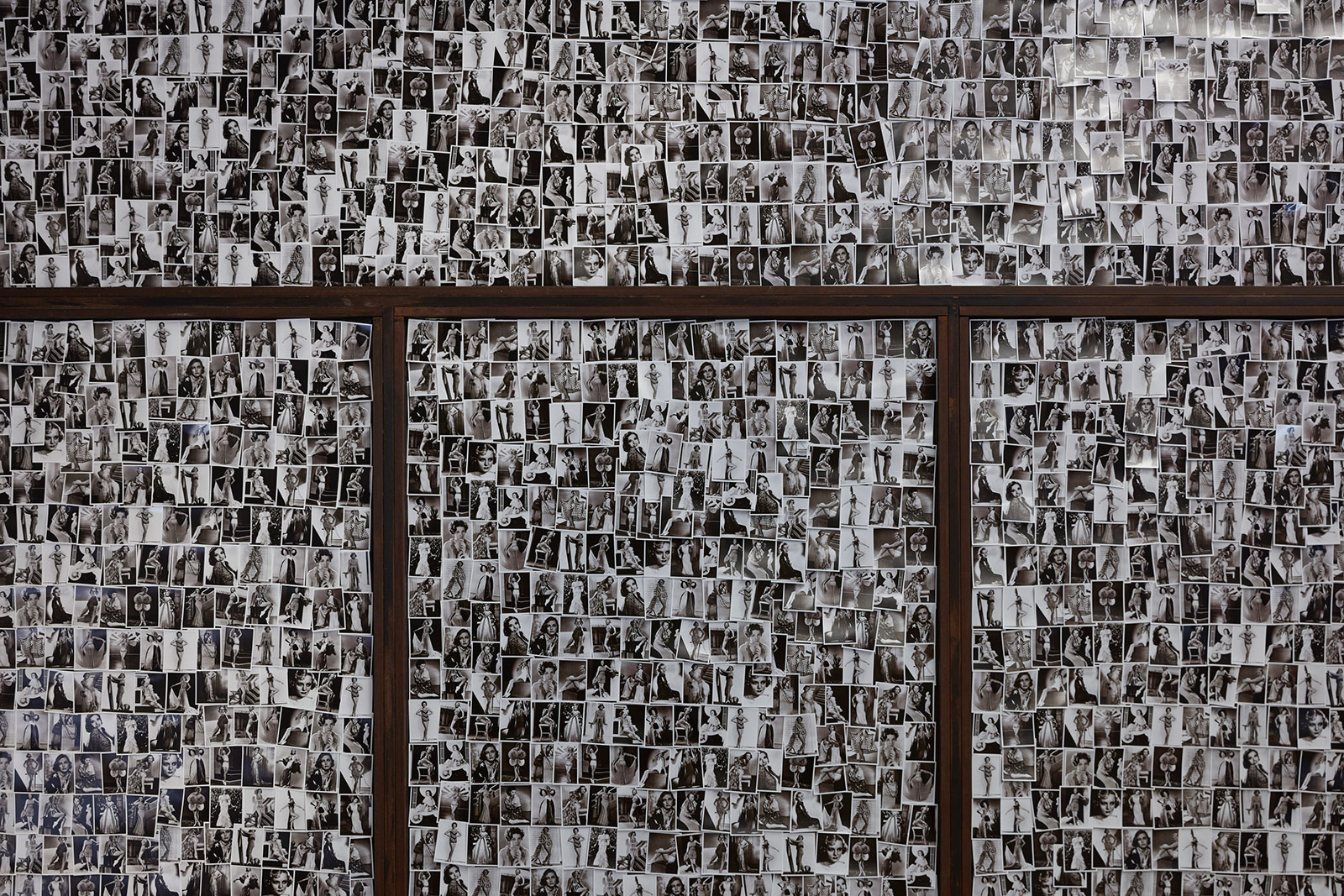 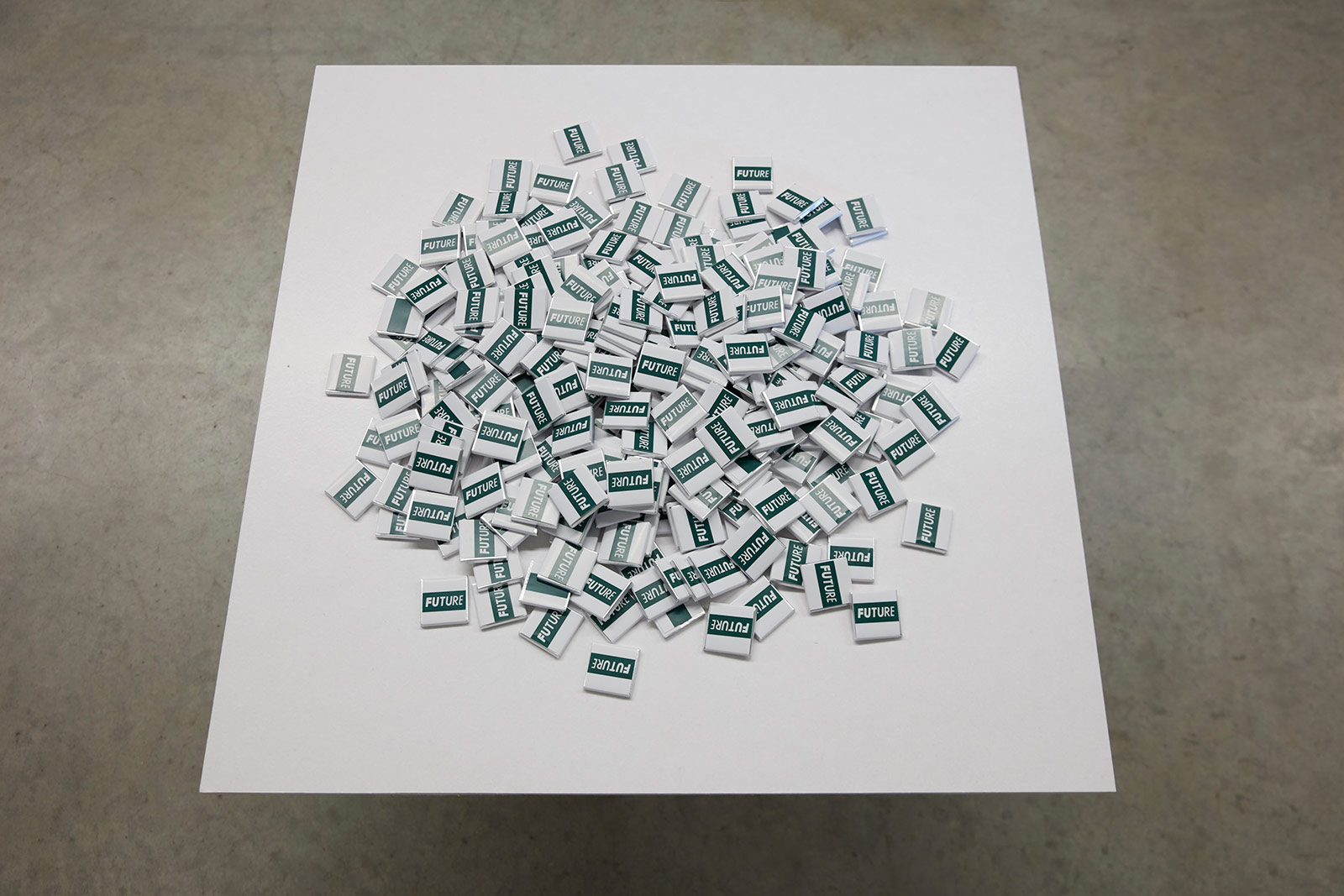