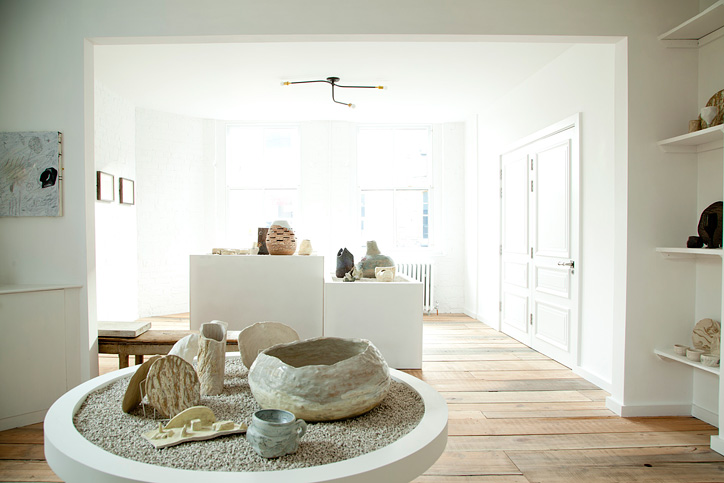 Situated in the heart of Shoreditch, London, at 44 Redchurch Street, the concept store Hostem is hosting a selection of pottery pieces and paper works by Studio Potapota, pseudonym of a duo of Japanese artists based in London, Hidekazu and Kaori Sogabe.

Hidekazu was born in Osaka and has lived in London since 1997, while Kaori was born in Tokyo and moved to London in 2002, to study pottery at City and Islington College. It’s been this year when they decided to start Studio Potapota together.

The staff of Hostem decided to create a site-specific 3D space to host selected pieces of sculptural ceramics and Hidekazu’s solo work, the visualization of sounds as objects and experiences. The concept behind the design created by Studio Potapota is a marvelous ode to nature in all its declinations. Rough but at the same time carefully chiseled shapes, colours that reflect the primordial essence of the materials, harmonic contrasts of volumes and beautiful asymmetries: these are the main characteristics of Potapotastudio’s artworks.

The light and shadows pass trough the irregular surfaces of the items changing the colours and creating tactile illusions. The chromatism of the pieces generates different volumes. The materials used, in an elegant and extremely sober way, strongly communicate the idea of the organic world. There is a powerful energy in the minimalism of the items, and the spectator can sense the meticulous work behind these apparently rough and simple pieces of design. The sight is captured by the twist of the light and shade and by the shimmering variety of the nuances; the touch feels the irregularity of the materials that mix themselves in a harmonic difference, and reminds one of certain elements of Japan’s traditional pottery.

The works on display in the exhibition include the Instrument series, Forest Plates and Powder Snow, as a background to the wonderful ceramics there is Hiekazu Shinogabe’s solo work, a visual symphony created with the technical elements of a musical composition, in which keys, treble clefs, quavers, semiquavers and music scales dance on the paper creating unexpected superimpositions.

This interesting muti-disciplinary presentation will be on at Hostem London’s the art space until December 31st. 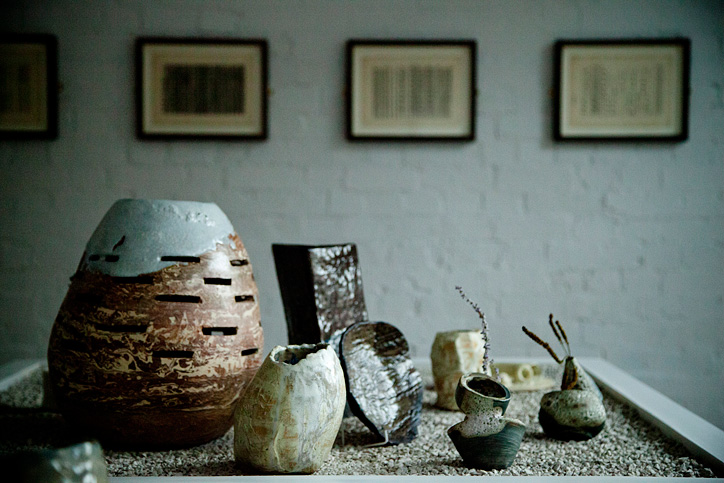 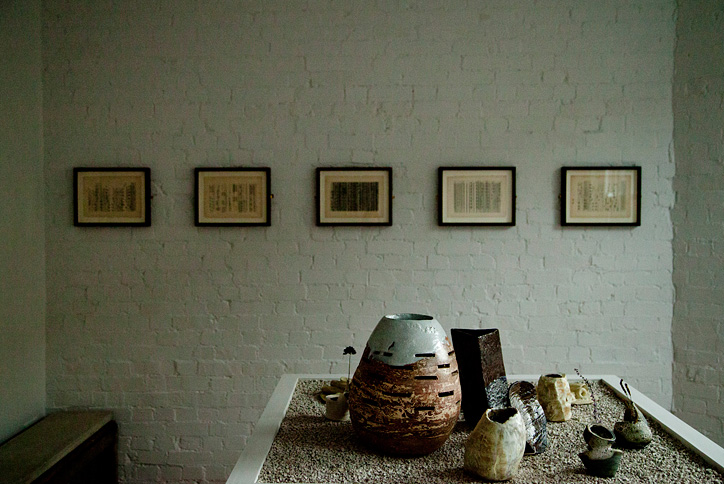 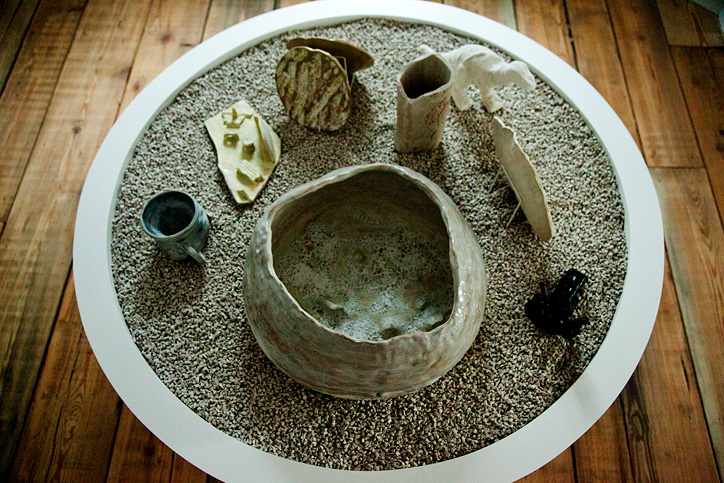 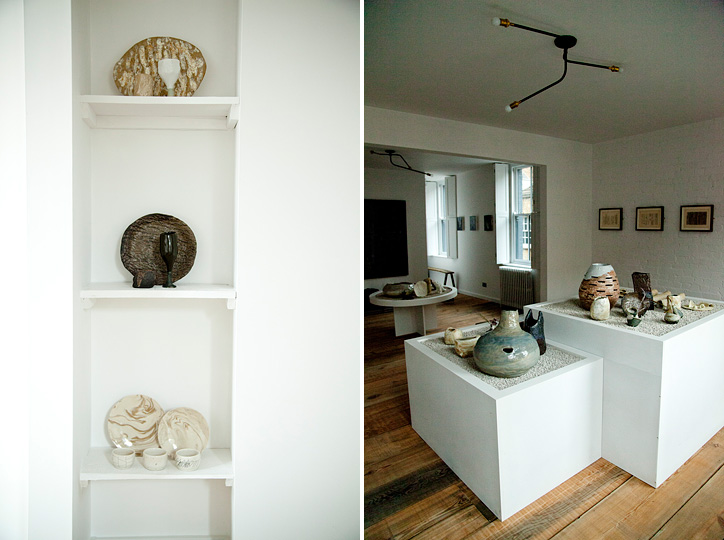