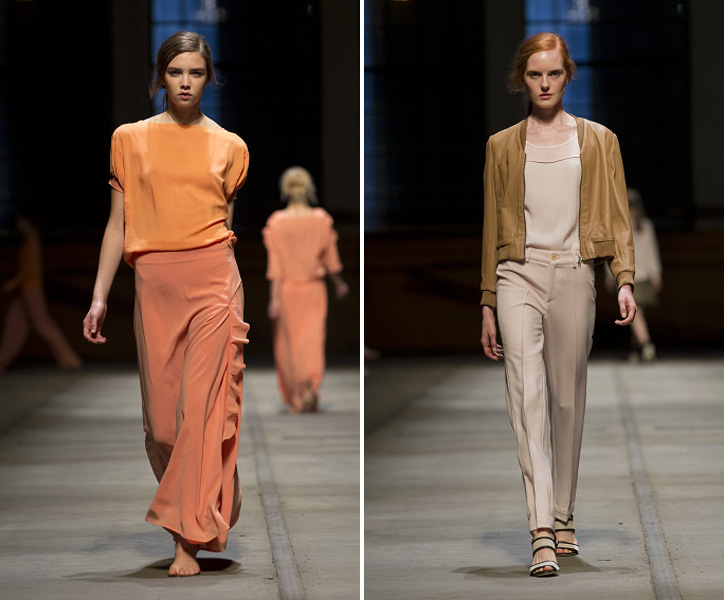 Fashion Week in the capital of Sweden used to launch early August, but due to most press and buyers were in holidays during that period, the organization decided to change it to last days of the month, instead. Indeed, this boosted presence of international audience, mostly from Europe and Asia. Swedes have always the strength to know how to grab international spotlight. We saw a motley audience for a motley offer of designers.

Though Swedish designers appeal to minimalism and technology in craftsmanship, this time the palette color expanded out of whites, blacks and everything in between to a range of pastels tones and fluorescents. We found interesting to attend new spring-summer collections of young Vietnamese-born Swedish designer Nhu Duong, the most dada-like version of Scandinavian-driven design known as Whyred, the maturity of Carin Wester, the sophisticated minimalism of Filippa K womenswear and the avant-garde of denim, the cheerful Cheap Monday.

Sweden has a great potential in fashion design education. There are a few schools with great reputation. Beckmans College of Design is one of them. Last years was easy to hear Carin Wester as one of the favorites pupils from her generation. Well, the baton is passed to Nhu Duong, who in barely four years after graduate in Beckmans, has built an excellent start-off: assistant designer in Acne, commercial collection for Weekday and Elle Award in 2010. She is currently based in Berlin. She was invited to show her collection in Stockholm Fashion Week with a great vibe and expectation around it. She is interested in systematic errors and illusionary surfaces and interference as a concept. Broken up silhouettes overlaying translucent patters, yet staying apart. In this way, this embraces the sense of distortion. In addition, she uses fluorescent fiber, a unique blend of polyamide, acting as a shield blocking electronic fields and radio-frequent waves. 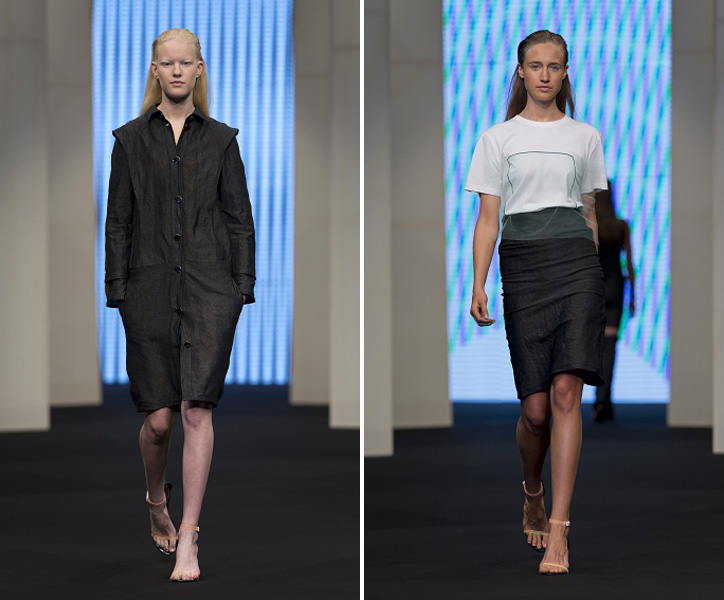 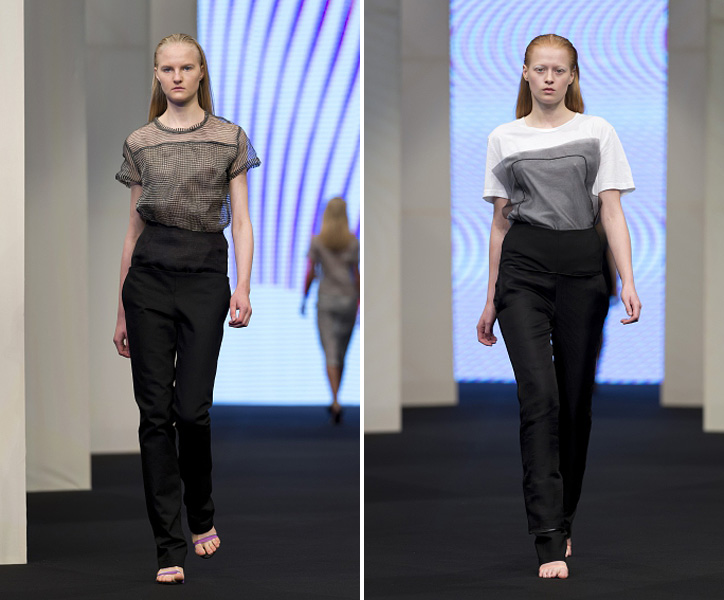 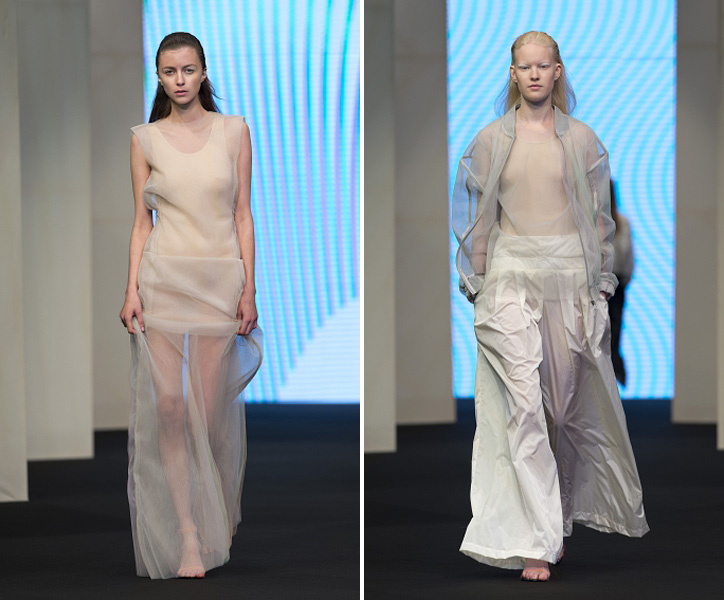 Whyred introduced Calypso Punk, a nostalgic look to the early eighties in New York, neon disco, new wave and rock'n'roll tinting streets with fanzines and independent publications. The most progressive vision of menswear depicted with contrast of black and white but also blues, oranges and shades of greens. It is inspired in figures from the like of Richard Hell, Nick Cave, Bobby Gillespie and The Gun Club to Lydia Lunch, Nina Hagen and Debbie Harry for the tough and extraordinary woman – reveals Roland Hjorton. Woven patterns as snake and leopard and jungle prints, silk and cashmere mixed on knits. 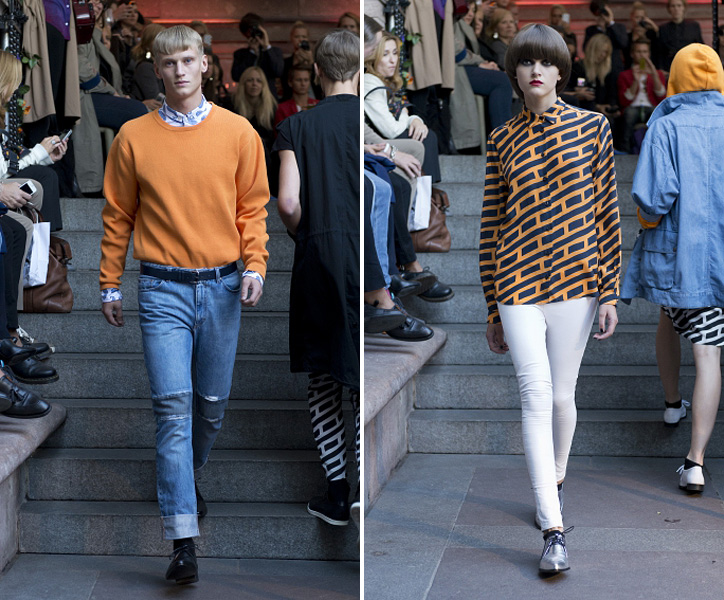 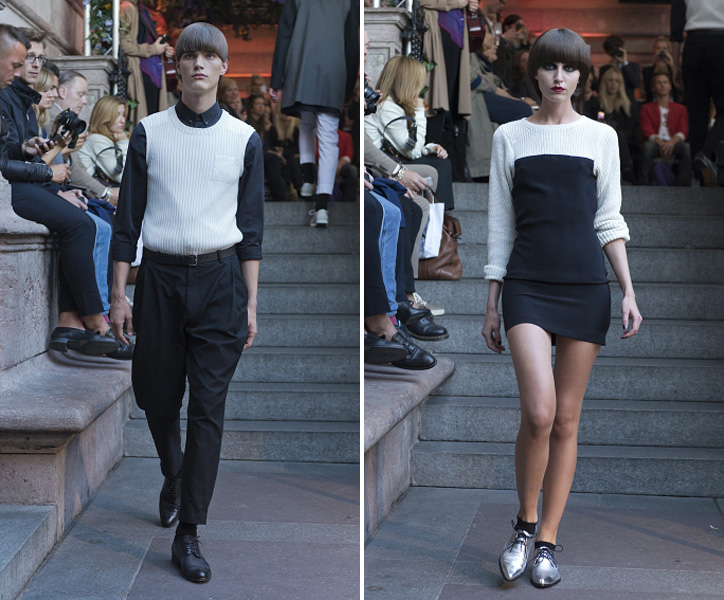 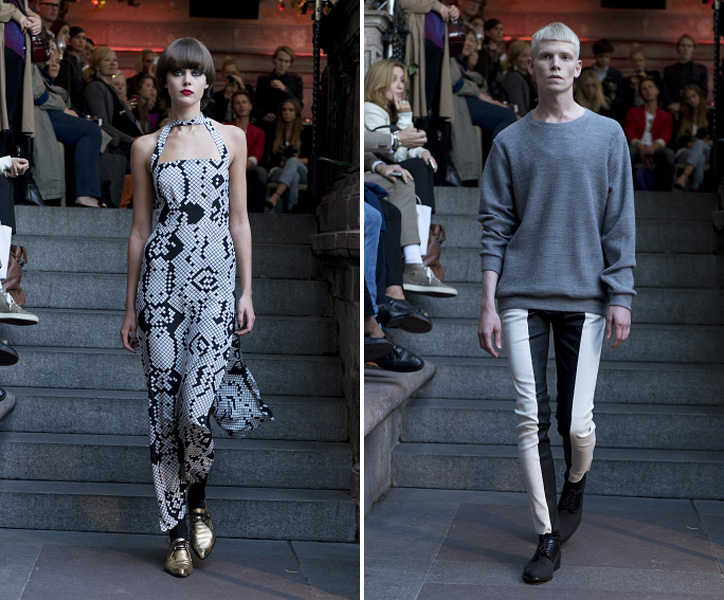 Carin Wester Spring/Summer collection 2013 is called “A power suit’s diary.” This is dedicated to the modern and independent woman who stays in the city during the summer. The 80’s movie Working girl – you know, the romantic comedy with Melanie Griffith, Harrison Ford and Sigourney Weaver – has been source of inspiration. Vibrant colors combined with plastic coated materials in a contrast with more fluid chiffons enable this working girls to enjoy a playful banter at the office. The male character breaks away from the silhouette of classic tailored working suit. Instead, he uses a light washed denim suit, with a panorama of the metropolitan industrial skyscrapers through the 78th floor. 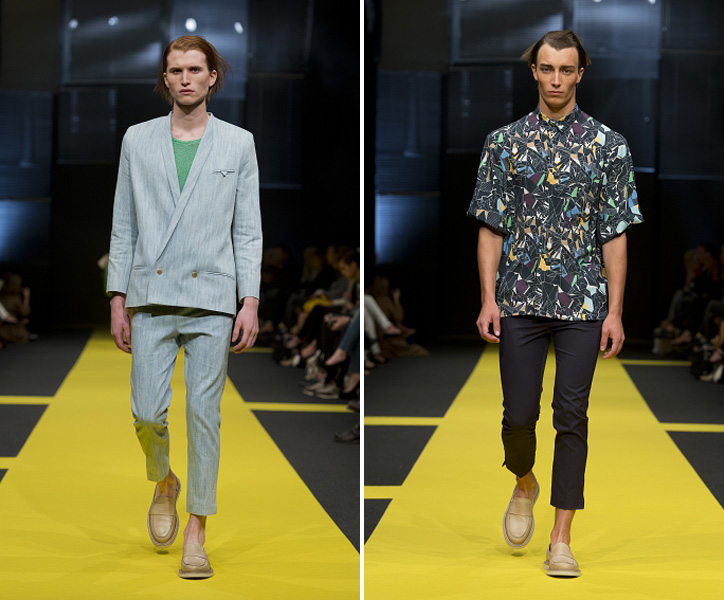 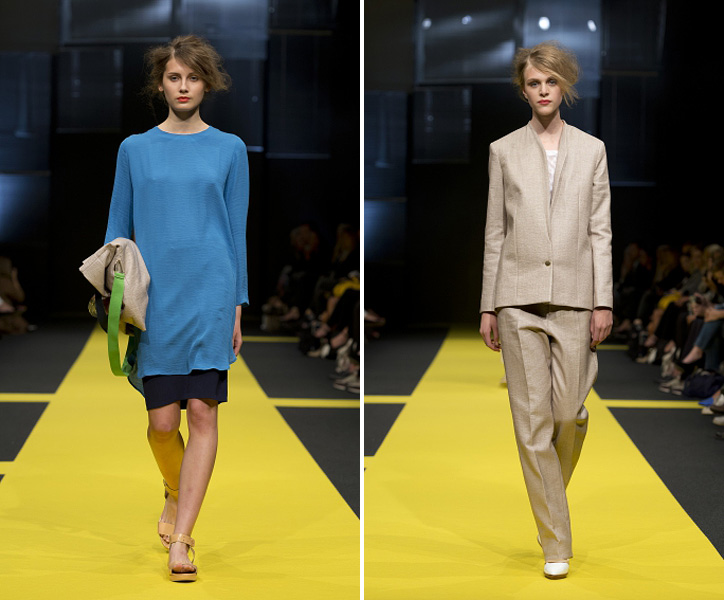 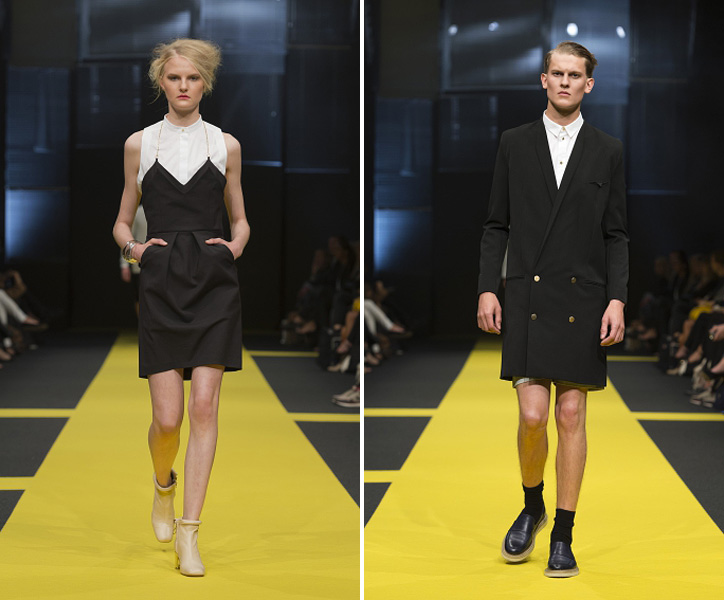 Filippa K is ambassador of the Scandinavian minimalism. For her womenswear Spring/Summer 2013 collection she pushes sophistication and tosses feminine and masculine elements together and again strives for the balance of the comfort of sportiness and sharpness of the look. Highlights of the collection include fluid elegant calf length skirts and knit in light lilac and ultra feminine skirts in army green. She uses long silhouettes in sheer, light and sensual fabrics. Elegant simplicity in nice colors: dusty pastel, army green and pink gold metal, combined in swede boots. 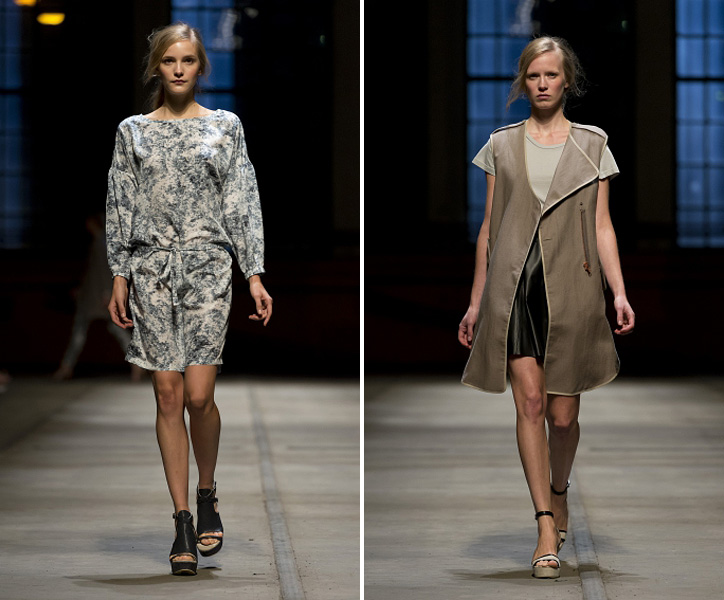 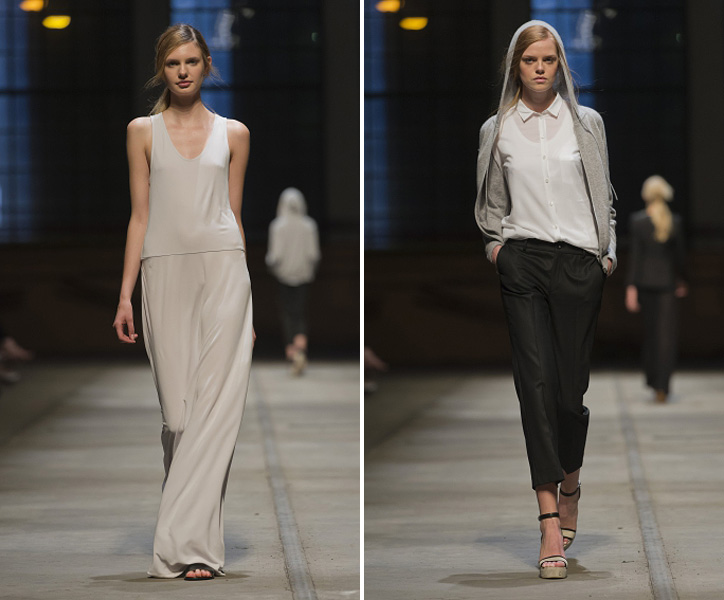