Spilling Over: Painting Color in the 1960s 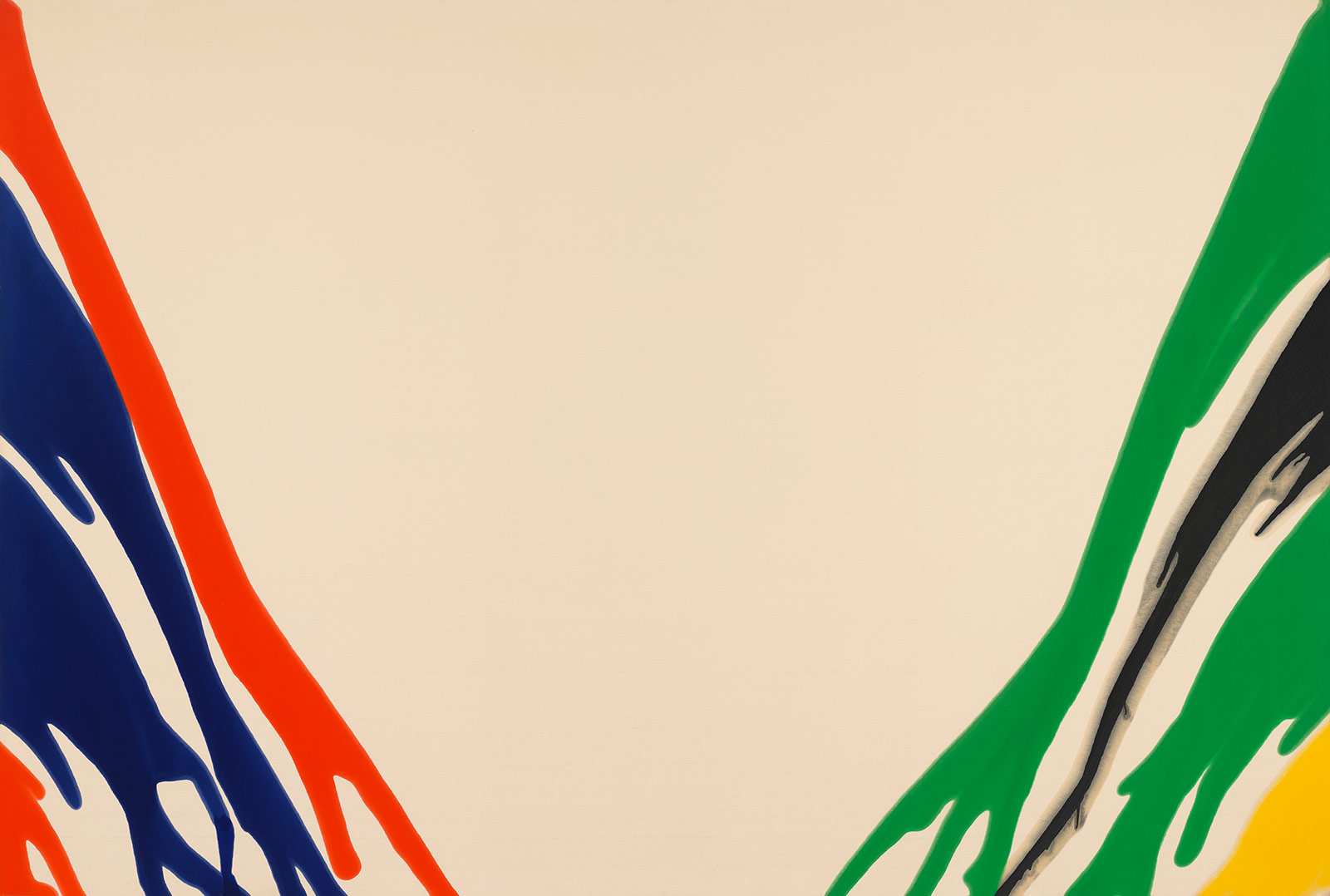 A return to the 1960s and the 1970s: the welcome to an intense, colourful world where perception is activated and altered. If you want to experience and explore the power of colour in various ways, don’t miss Spilling Over: Painting Color in the 1960s, the exhibition at the Whitney Museum of American Art in New York City opening on March 29.
This exhibition reunites paintings from the 1960s and the early1970s including many artists: from newly acquired pieces by Kay WalkingStick and Emma Amos, to artworks from the museum’s endless archive by Josef Albers, Helen Frankenthaler, Ellsworth Kelly, Marcia Hafif, Frank Stella, Alvin Loving, Miriam Schapiro or Bob Thompson. Actually, the latter gives name to the exhibition. In The World of Bob Thompson, we can find him saying, “I paint many paintings that tell me slowly that I have something inside of me that is just bursting, twisting, sticking, spilling over to get out. Out into souls and mouths and eyes that have never seen before.” Spilling Over is just about that, how painting was a way for expression and to find new distinctive patterns – and paths, those days.

Let’s go back for a minute to the 1960s and early 1970s and think about what was happening then: after Abstract Expressionism (and iconic artists who used colour as their main element, like Mark Rothko), the art world saw the blooming of Pop Art, psychedelia, Op Art, Minimalism, and many more – including Conceptual Art. Despite the ‘misuse’ of colour was popularized among the Impressionists, it was in the 1960s when it was massively celebrated again: Yves Klein and his patented blue, the rainbowy and colour-blocking pieces by Ellsworth Kelly, or the super bright serigraphs by pop artists such as Warhol or Lichtenstein.

It was a rather exciting time as well around the world: in film, there was the Nouvelle Vague in France; in fashion, Mary Quant popularized the mini skirt, a revolutionary garment at the time of the so-called ‘swinging London’. And socially, well, you already know: the massive 1968 protests and riots from the youth swept every country, from Japan to France, to the United States and Mexico.

The fearless exploration of these decades came thanks to the young generation that was tired of the old established forms and thirsty for new perspectives. Colour and more colour, in its boldest and most attractive forms. There was an atmosphere of doubt about gender, race and perception, and a strong desire to express just that. And so, you’ll find that some of the authors in the exhibition were active participants in the civil rights and women’s rights movements.
For example, Miriam Schapiro had a lot to do with the feminist movement back then. Or Frank Stella, who helped fight for the artists’ rights. And Frank Bowling, featured in other exhibitions highlighting the growing civil awareness like Witness: Art and Civil Rights in the Sixties (held at the Brooklyn Museum in 2014). Or Kay WalkingStick, who gave voice to the citizenry’s identity.

“Color as a formal, social, and political matter feels particularly urgent today, but the artists in Spilling Over already saw it as a means to bridge the seen and the felt, the conscious and unconscious, the political and the environmental”, said David Breslin, the DeMartini family curator and director of the collection at the Whitney Museum. Art was a way to break free from the traditional structures in different fields, and painting (and colour) were not only formal issues but political statements.

Now, the team behind the Whitney Museum and organizing Spilling Over keeps with this legacy by organising a much-needed exhibition in a time of global turmoil. The paintings are not grouped by art-historical movements but by colours, as together, they can really alter our perception and thus, our way of understanding the world.
The exhibition Spilling Over: Painting Color in the 1960s will inaugurate on March 29 and will be on view during all summer at the Whitney Museum of American Art, 99 Gansevoort St, New York City. 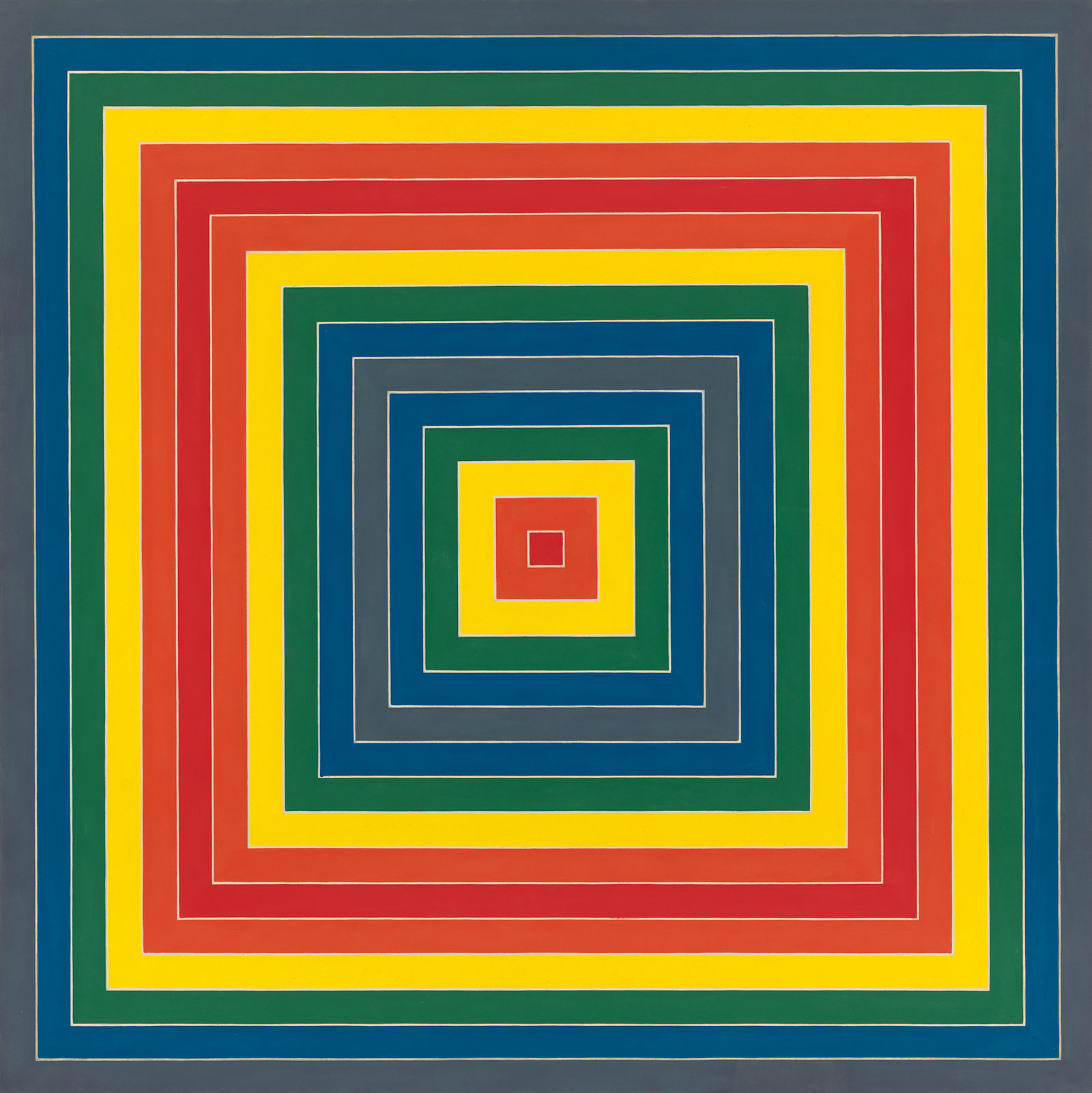 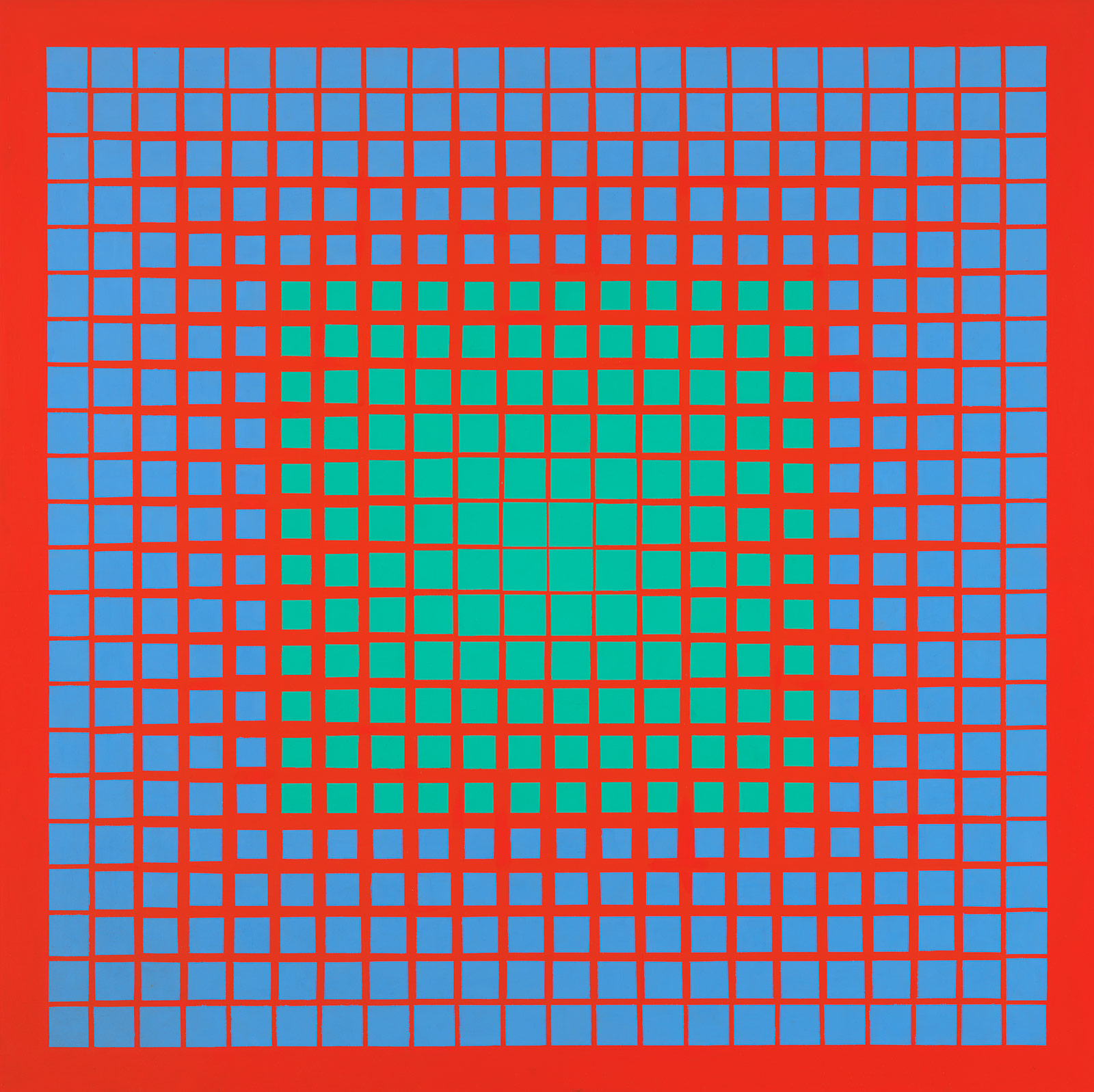 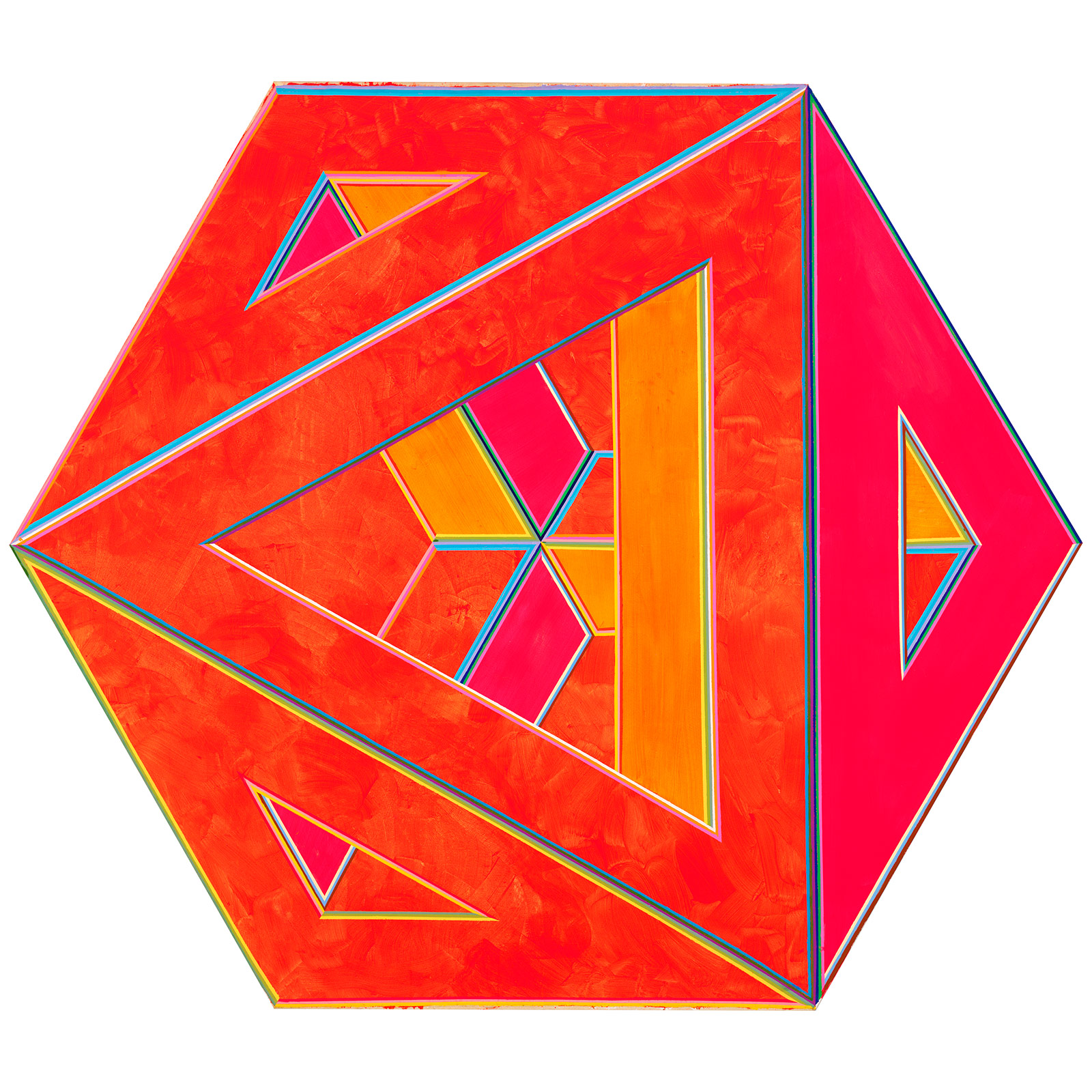 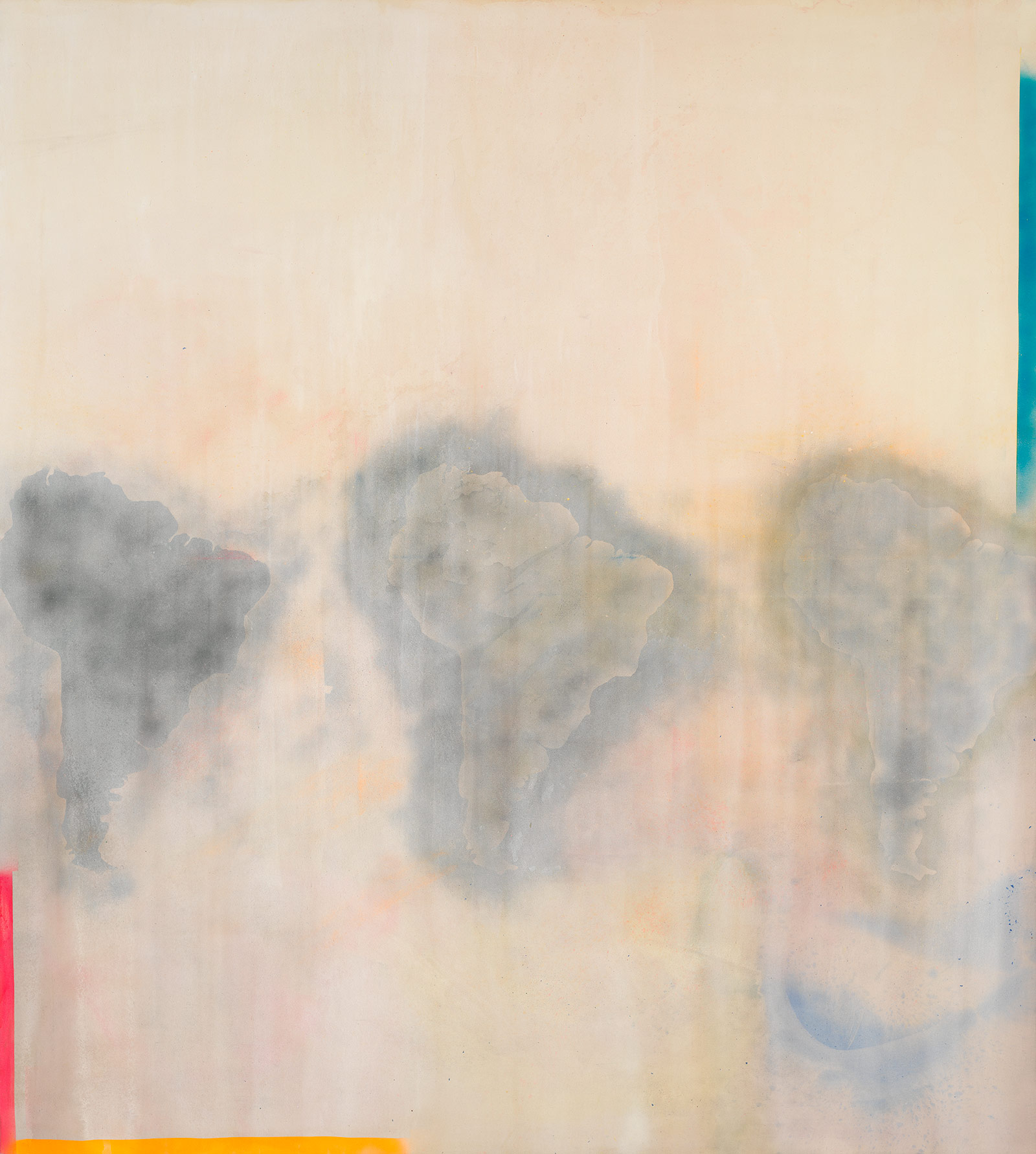 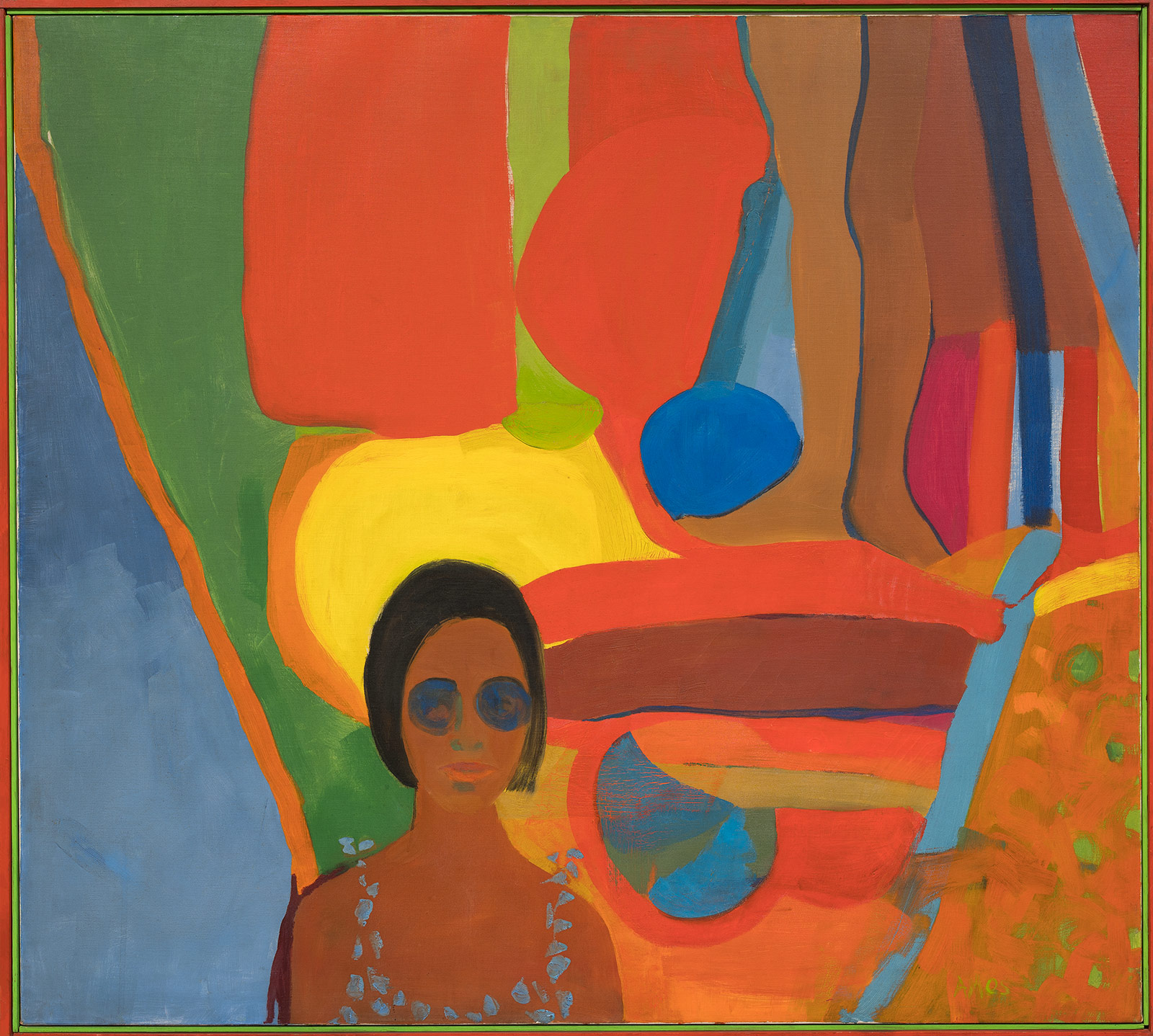 Emma Amos (b. 1938), Baby, 1966. Whitney Museum of American Art, New York; purchased jointly by the Whitney Museum of American Art, with funds from the Painting and Sculpture Committee; and The Studio Museum in Harlem, museum purchase with funds provided by Ann Tenenbaum and Thomas H. Lee T.2018.33a-b. © Emma Amos; courtesy of the artist and RYAN LEE Gallery, New York.