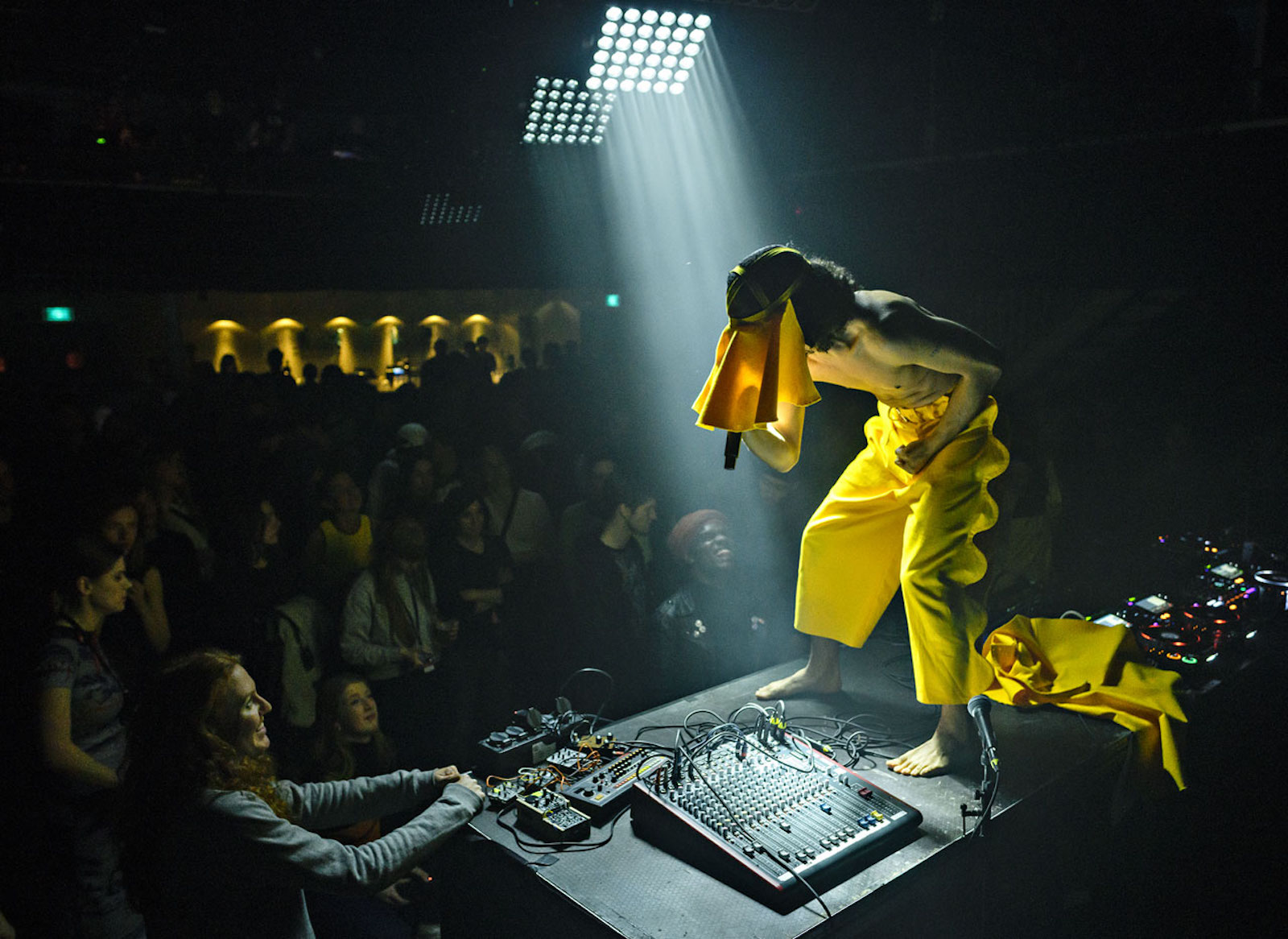 The lovechild of ArtScience and the Institute for Sonology is turning 25. Sonic Acts Festival, taking place from February 21 to 24 in Amsterdam, goes by the name of Hereafter this edition, which reminds us we are in a pivotal historical moment. This year’s theme is technology, highlighting modern culture and art’s changing relationship with the digital.
Since 1994’s Sonic Acts I, which sparked an electronic music revolution in Paradiso (Amsterdam), the festival has added emphasis on thought and conversation while maintaining their foundation of counter-cultural music. 1998 documentary Sonic Acts: From Stockhausen to Squarepusher underlines, of course, that it was always more than just partying.
“It [mixing music] is a crossroads of semiotics and memory. The new sign is a fragment of a record and it’s a de-materialised sign at that”, reflects DJ Spooky on the logic of defining music. He seemingly references famous 1920s French linguistic theorist Saussure, who discusses ‘sign’ in more detail.
“Over the years, the festival’s perspective has changed from challenging our understanding of audiovisual experiences to exploring the interplay of humans and machines, and from experimenting with tools and technologies to questioning their social repercussions and their impact on our daily lives”, says the organization now.
Sonic Acts Hereafter will spread across the city – Paradiso, Stedelijk Museum, De Brakke Grond, Muziekgebouw aan ‘t IJ, Arti et Amicitiae and Oude Kerk – installing audiovisual performances, talks, concerts, exhibitions, films and club nights. The discussion deconstructs power relations, neo-colonialism, technology and the rise of fascism.
Talks and exhibitions have an emphasis on video, an audiovisual medium whose format spans high culture and popular culture – an ideally ‘democratic’ technology. At Arti et Amicitiae museum, catch Cyprien Gaillard’s socio-political examination of urban and ‘natural’ landscapes in his 3D motion picture, Nightlife. Curated alongside are videos and sound installations including Étude #1: On Recitation, an organ “composition-in-progress”. Nightlife puts politicised nature in conversation with architecture and sculpture. He describes his process as “vandalism”, but there is an innate beauty in the tension of his work.
DJ sets continue the conversation on how we shape our realities. Immersive light and sound installations start at 9 pm in the church of Paradiso. Also in Paradiso is Progress Bar; here, Hereafter has forged a stellar line-up that reminds us that anyone who imagines exclusively straight male line-ups are based on ability is deluded. In an act of “radical equality, communality and hopefulness”, Sonic Acts are platforming incredibly talented, boundary-pushing artists from diverse backgrounds and gender expressions. Everything needed for Friday and Saturday night – music ends at 4 am.
Boasting over a hundred artists participating, working across mediums and showing in six venues, ‘everyone’ is there. Be warned: looking at the complete line-up will make you want to split yourself in two and attend every single event!
Sonic Acts Hereafter will take place from February 21 to 24 in various locations in Amsterdam. To see the full program, visit their website. 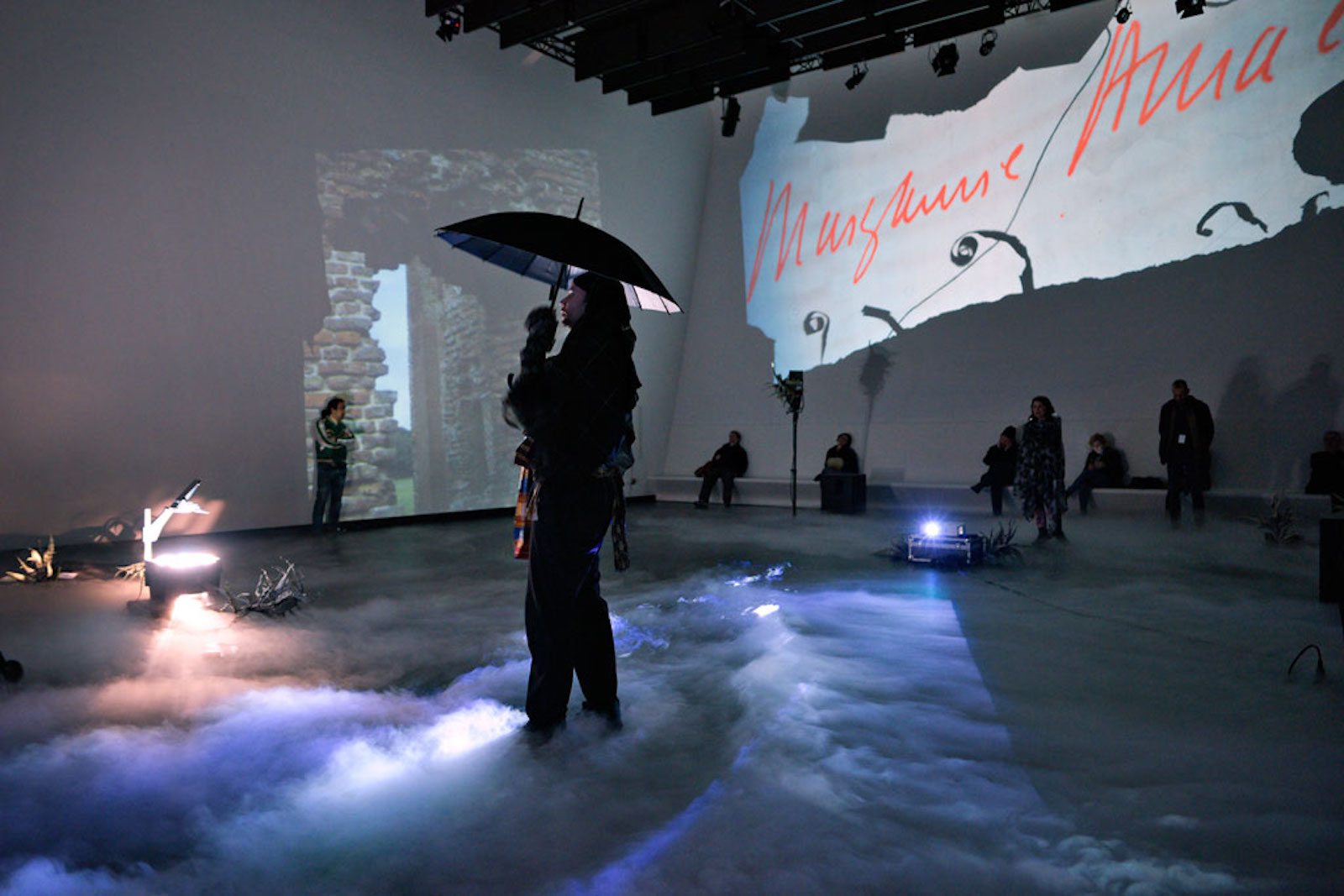 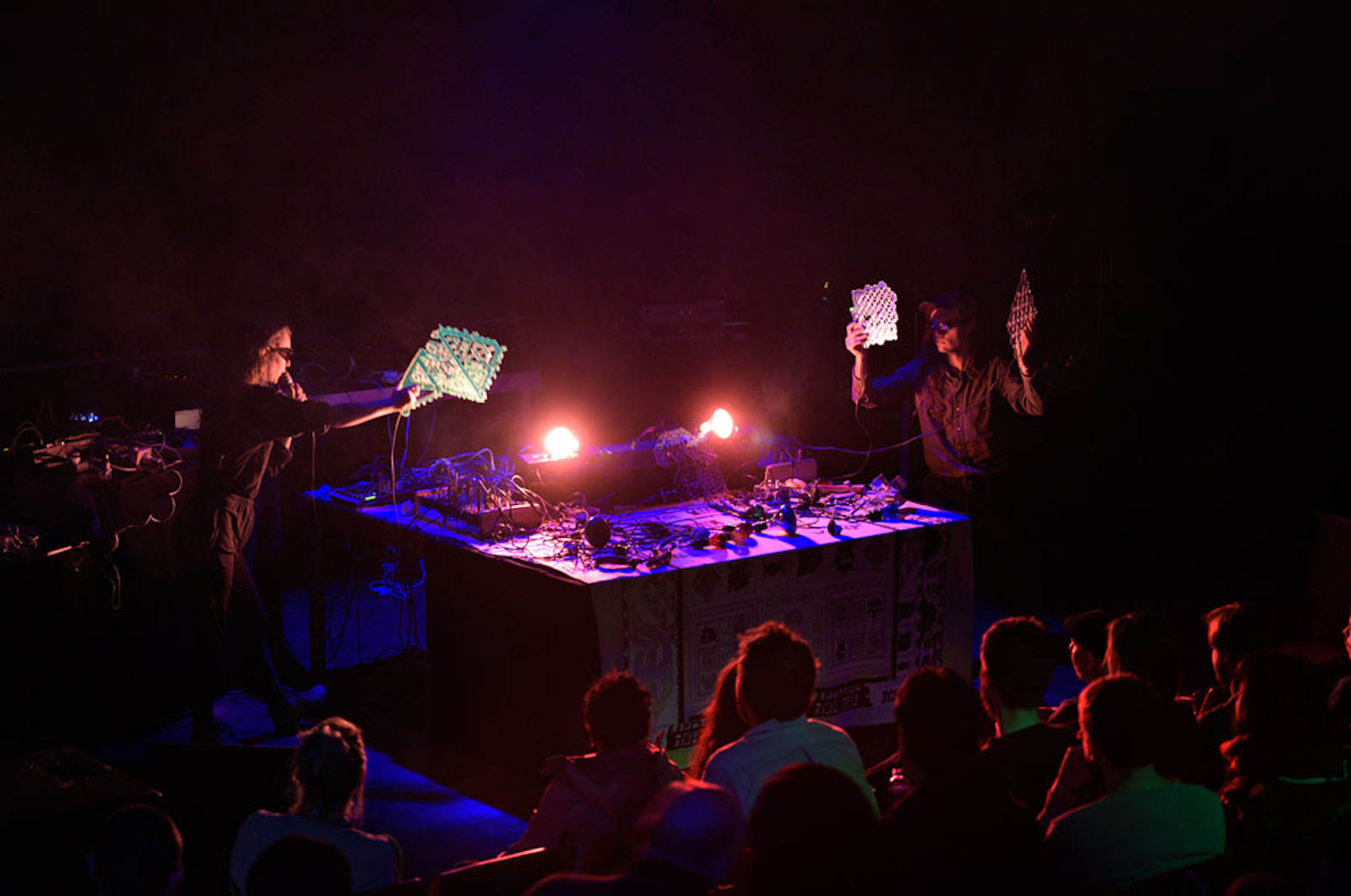 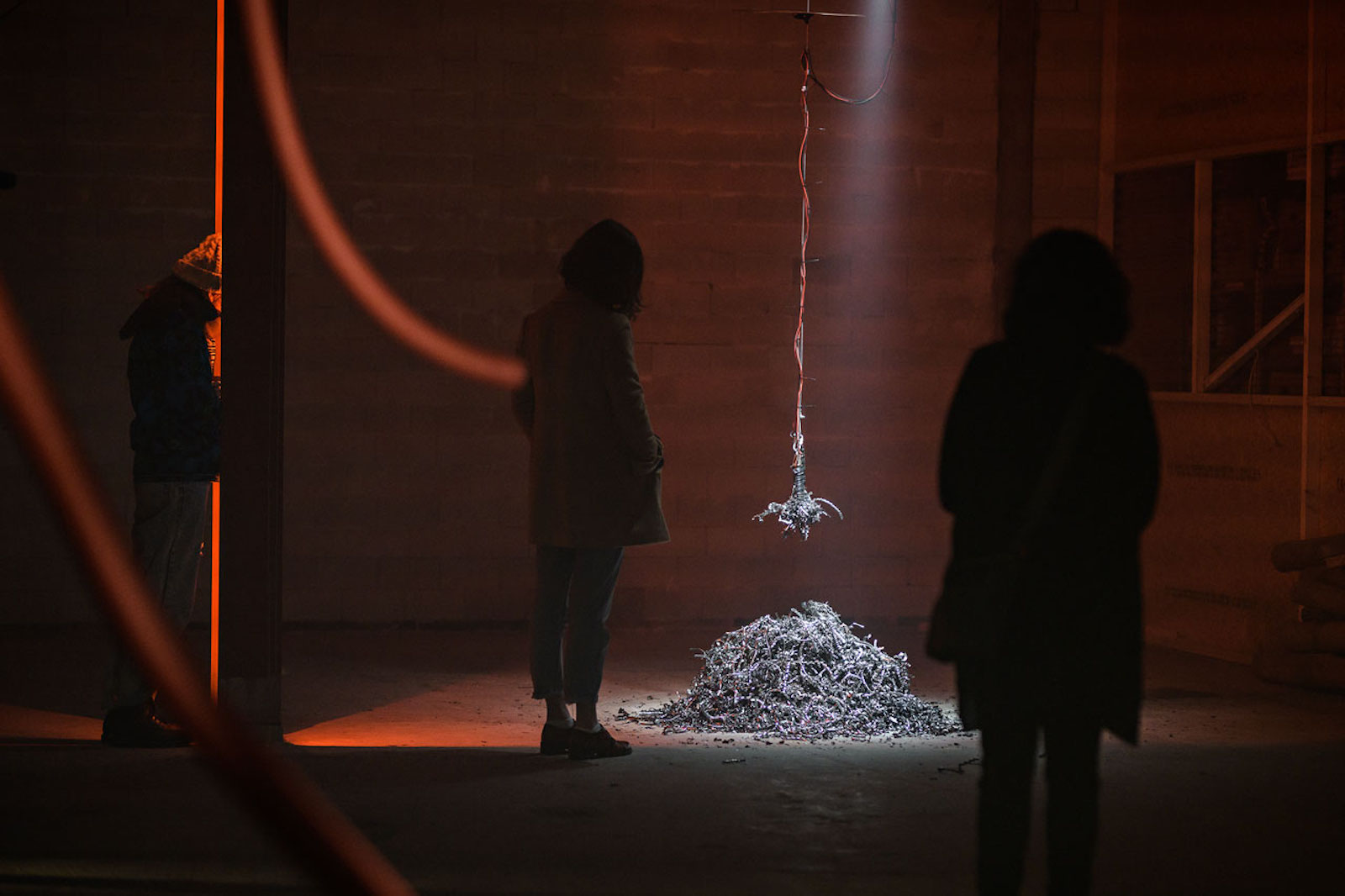 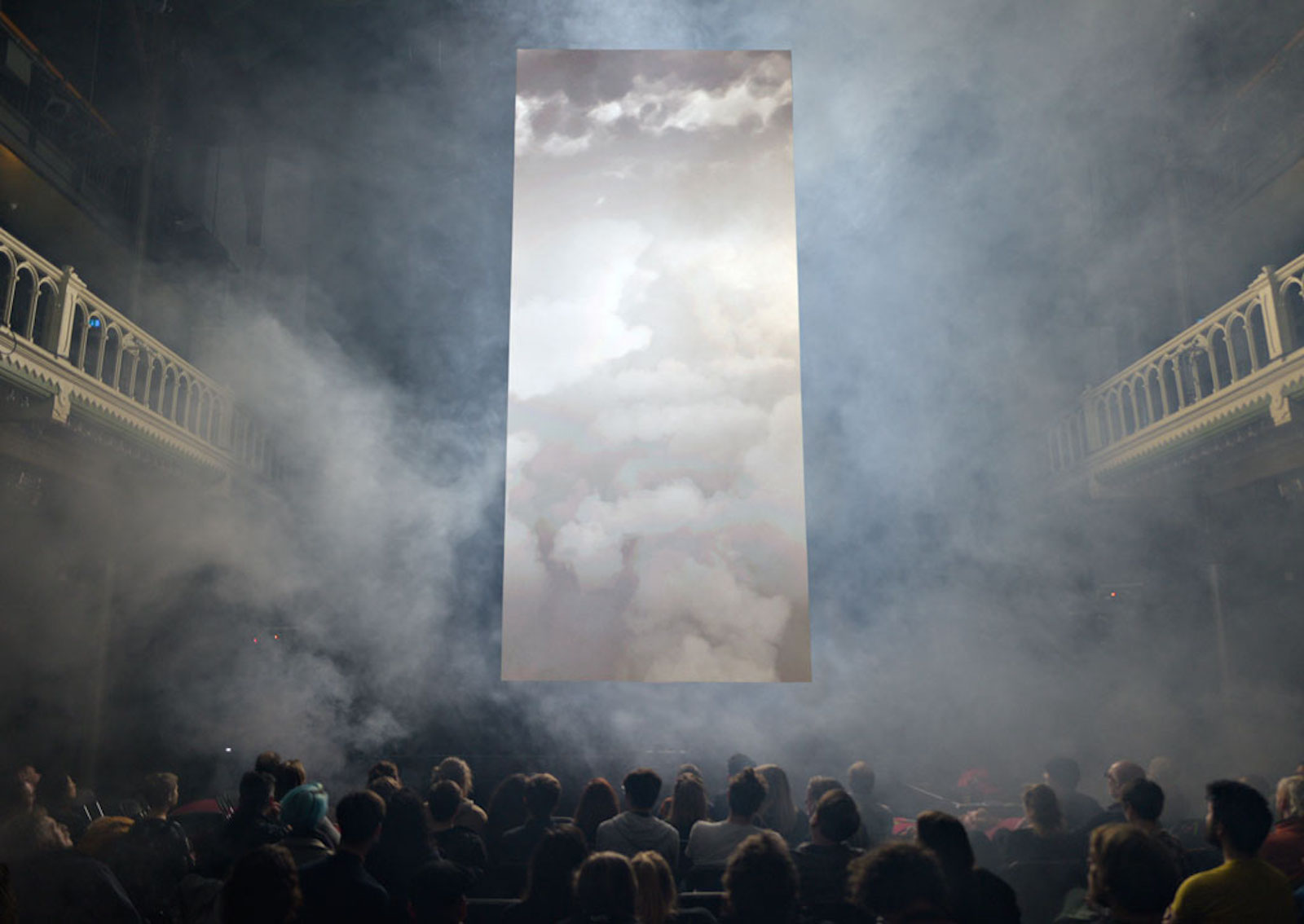 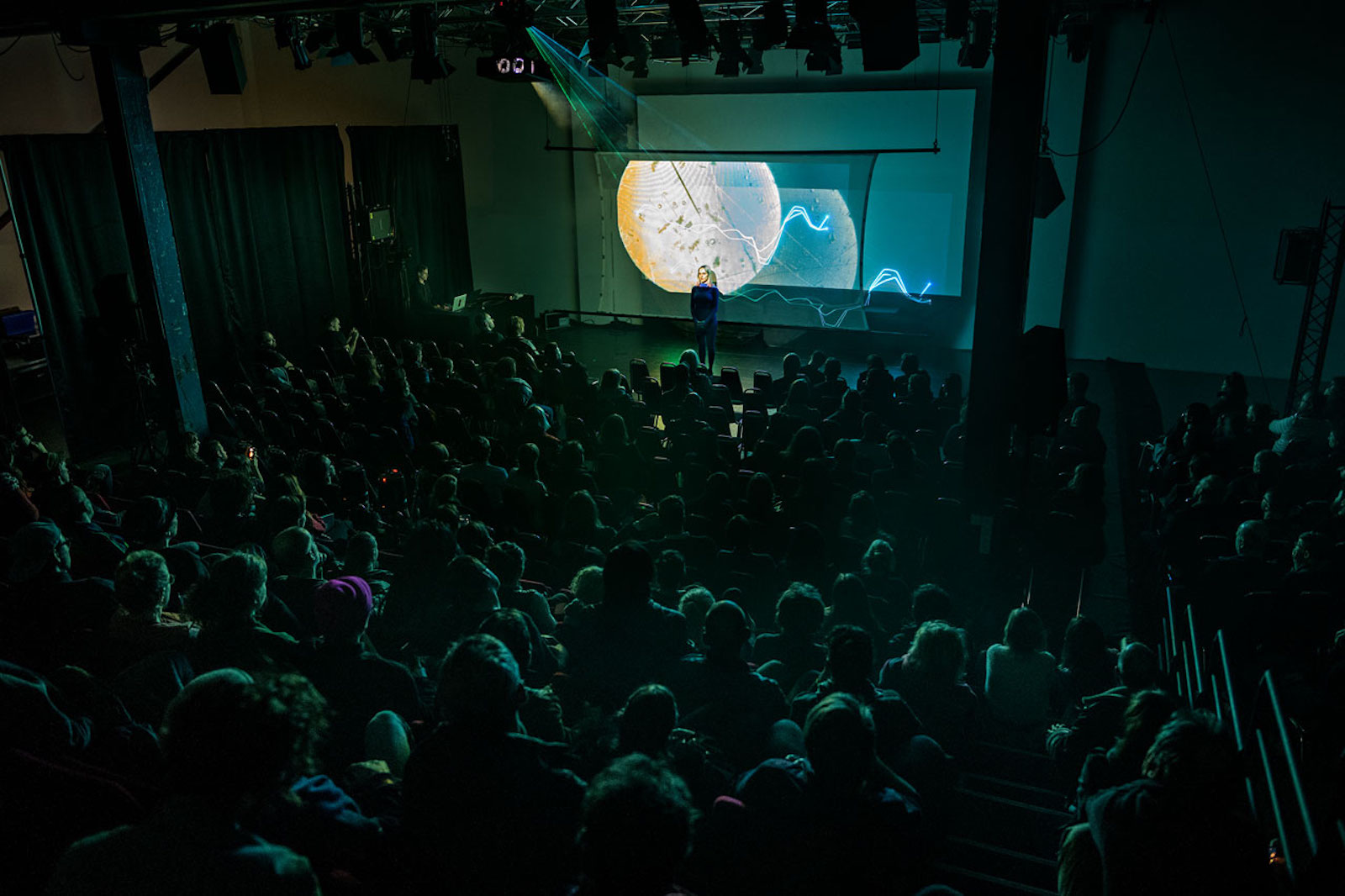