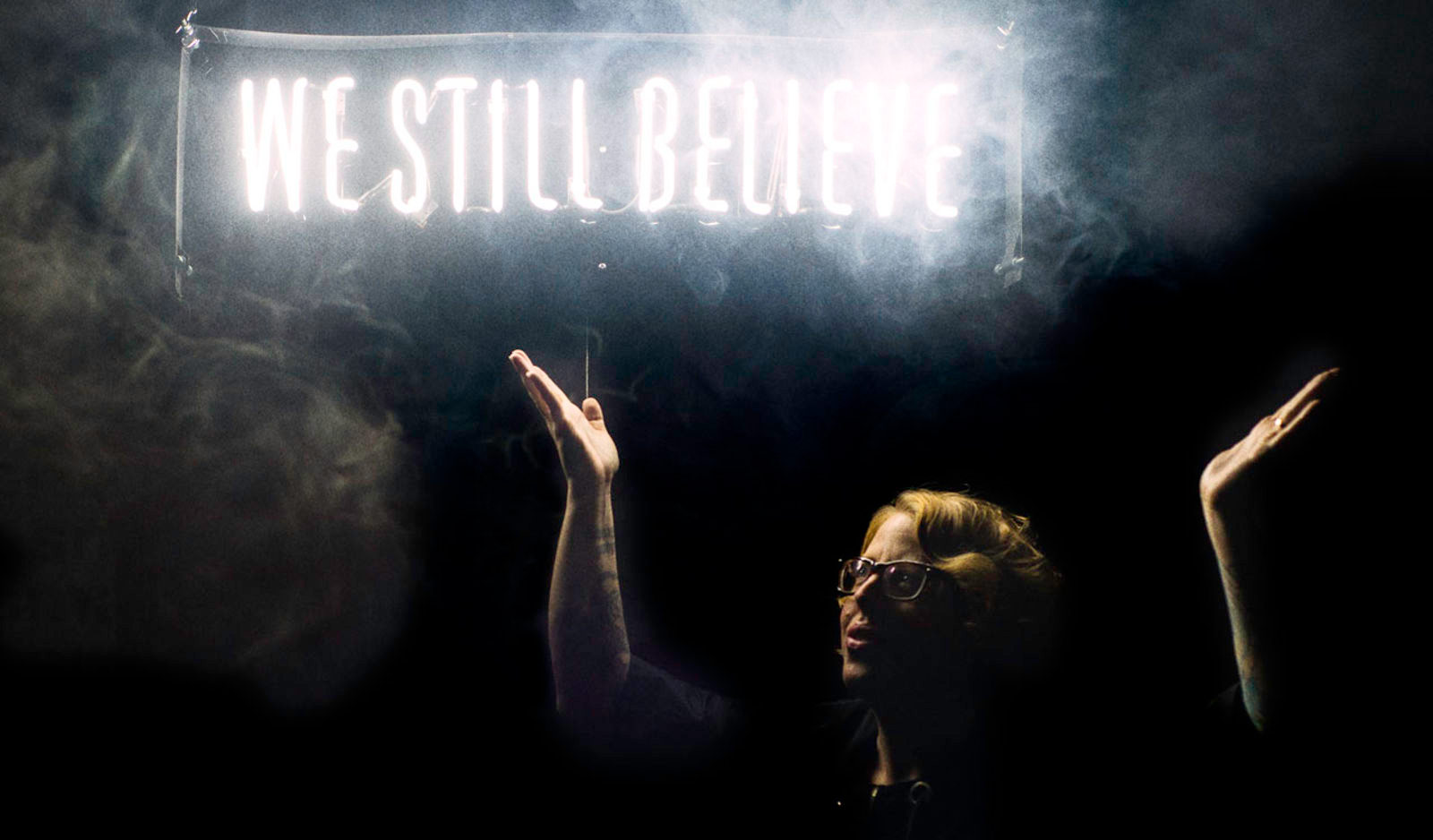 Ahead of the upcoming edition of Sónar, the –undoubtably– most important electronic music festival in the world, we’ve selected thirteen DJs, producers and bands we’re dying to see between the 16th and 18th of June. Once again, Barcelona will be the hot spot for music lovers. Check our selection and let’s agree to disagree – in any case, we recommend you to have a look at its full program, we’re sure it won’t let you down.
Acid Arab

Tunisia, Syria, Lebanon, Kurdistan and India are some of the countries that inspired the radical change in the style of Guido Minsky and Hervé Carvalho. The French duo, who were resident DJs at Chez Moune –a famous Parisian club– fell head over heels for the exotic sounds of Arabic and Middle-East countries during a trip, and decided to mix them with electronic and acid music when they came back. The risky bet turned out to be successful, and they convinced many producers to create an album called Acid Arab Collections, that evolved until they became Acid Arab. 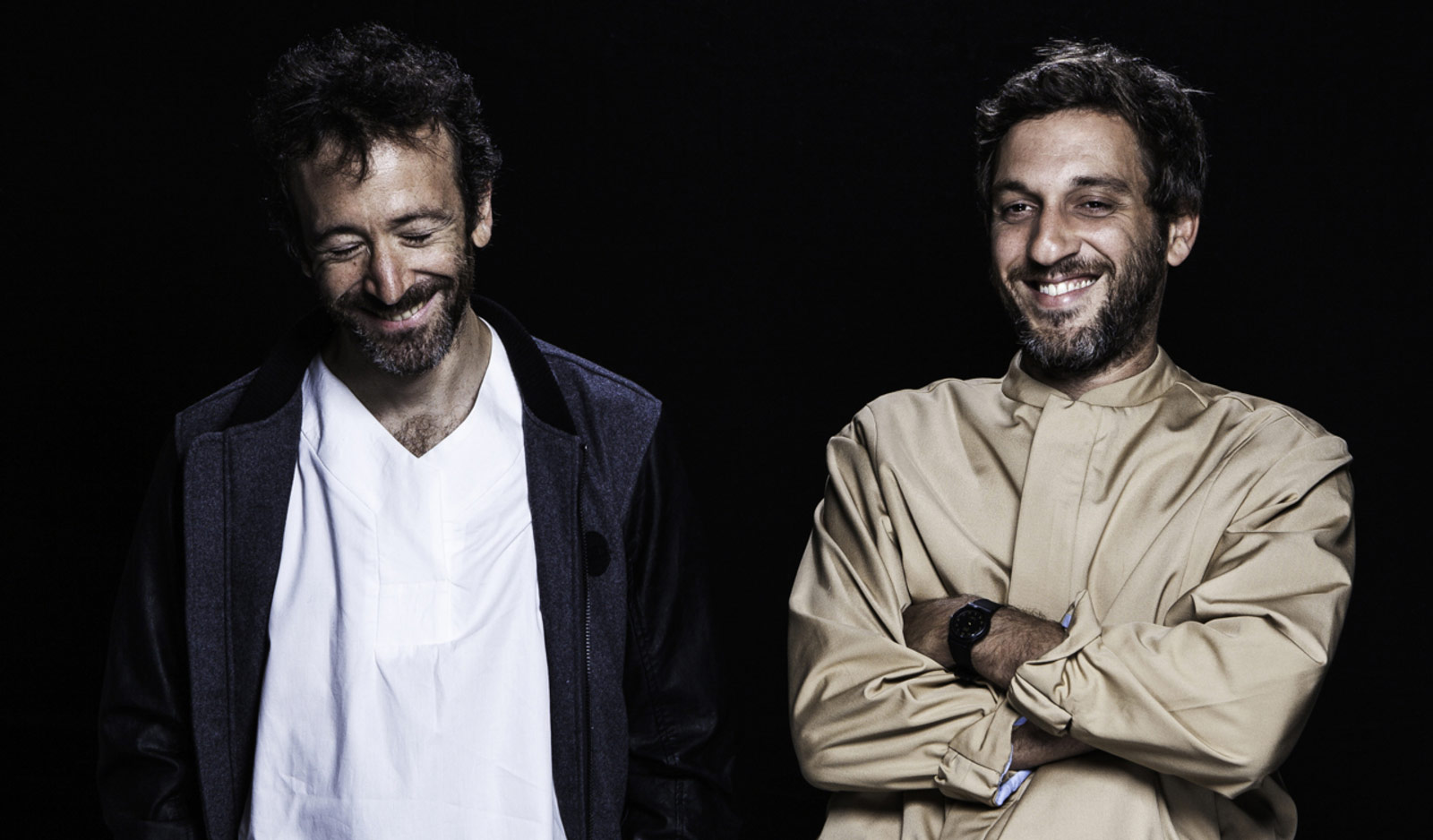 This Toronto-based jazz trio comprises Matthew Tavares on keyboards and synthesizer, Chester Hansen on bass guitar and Alexander Sowinski on drums. Having studied together at college, it was their jazz interpretations of tracks from Odd Future, My Bloody Valentine, James Blake, A Tribe Called Quest, Gucci Mane and Kanye West, for which they swapped programmed beats for live instrumentation, that have led them to collaborate with the likes of Frank Ocean, Tyler the Creator, Earl Sweatshirt, Danny Brown and, more recently, fellow Canadian, Kaytranada. Their original compositions are further proof that while they are essentially a jazz trio, genre is just a label and the sky's the limit. 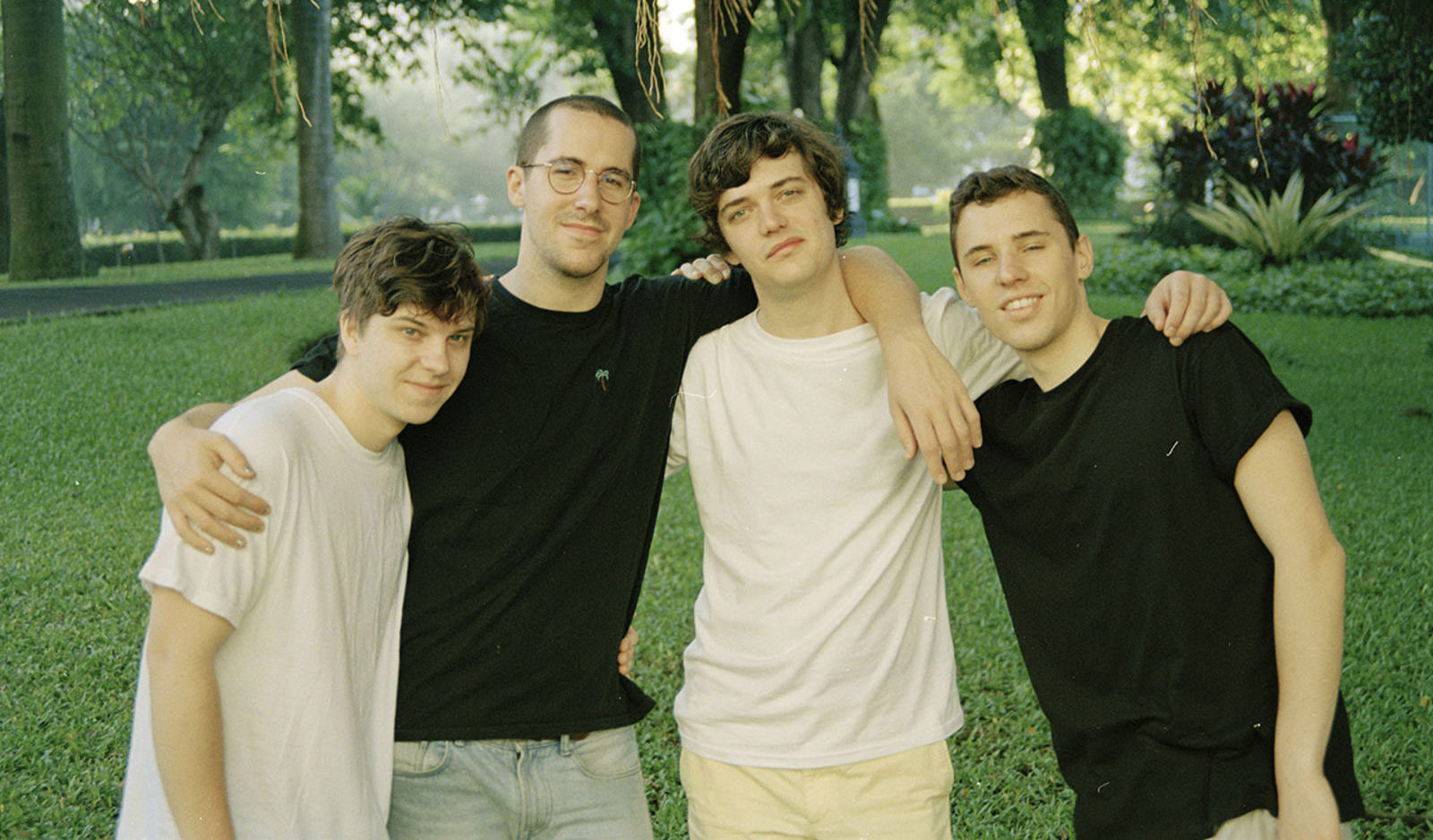 Berlin has been living the golden age of techno culture for quite a long time now. But before the hype and head-to-toe black ravers turned the city (and Berghain) into the place to be, Alex Ridha aka Boys Noize debuted as a DJ in his teen years. More than fifteen years later, he’s become one of the most relevant figures in techno by combining the trashiest and most powerful beats with some transgressive and even mainstream sounds. On Saturday 18th, he’ll be presenting his new CD, Mayday, as well as premiering worldwide an audio-visual show to accompany it. 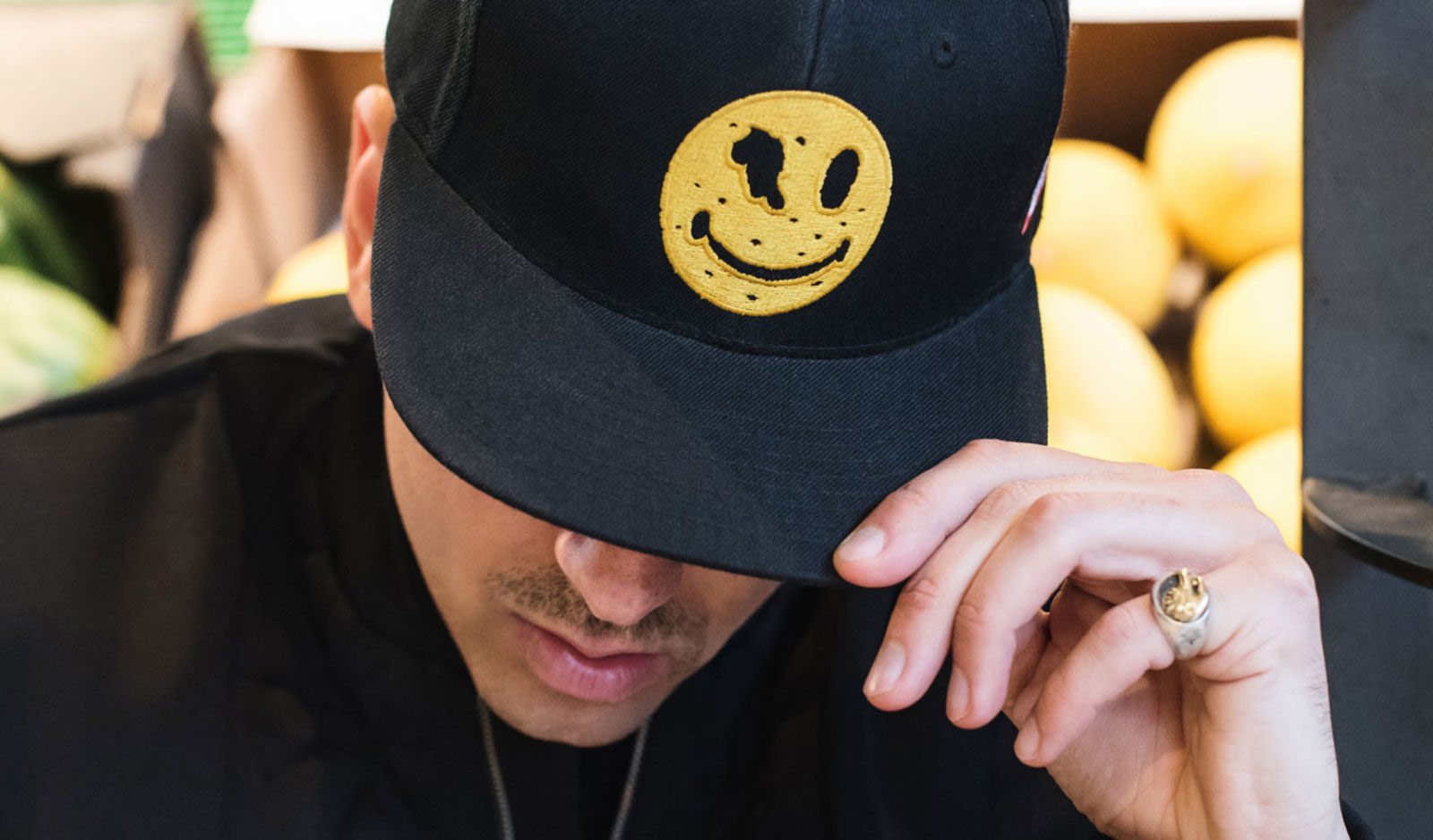 Aside from being the big boss at independent label Running Black, one of Gerd Janson’s many roles in music is being a legendary DJ who has toured the world and held regular residencies at top nightclubs like Robert Johnson and Berghain/Panorama Bar. The former music journalist also forms one half of Tuff City Kids alongside production partner Phillip Lauer. His sets are essential listening, showing off Janson's encyclopedic knowledge of house music history and unparalleled talent for reworking the classics. 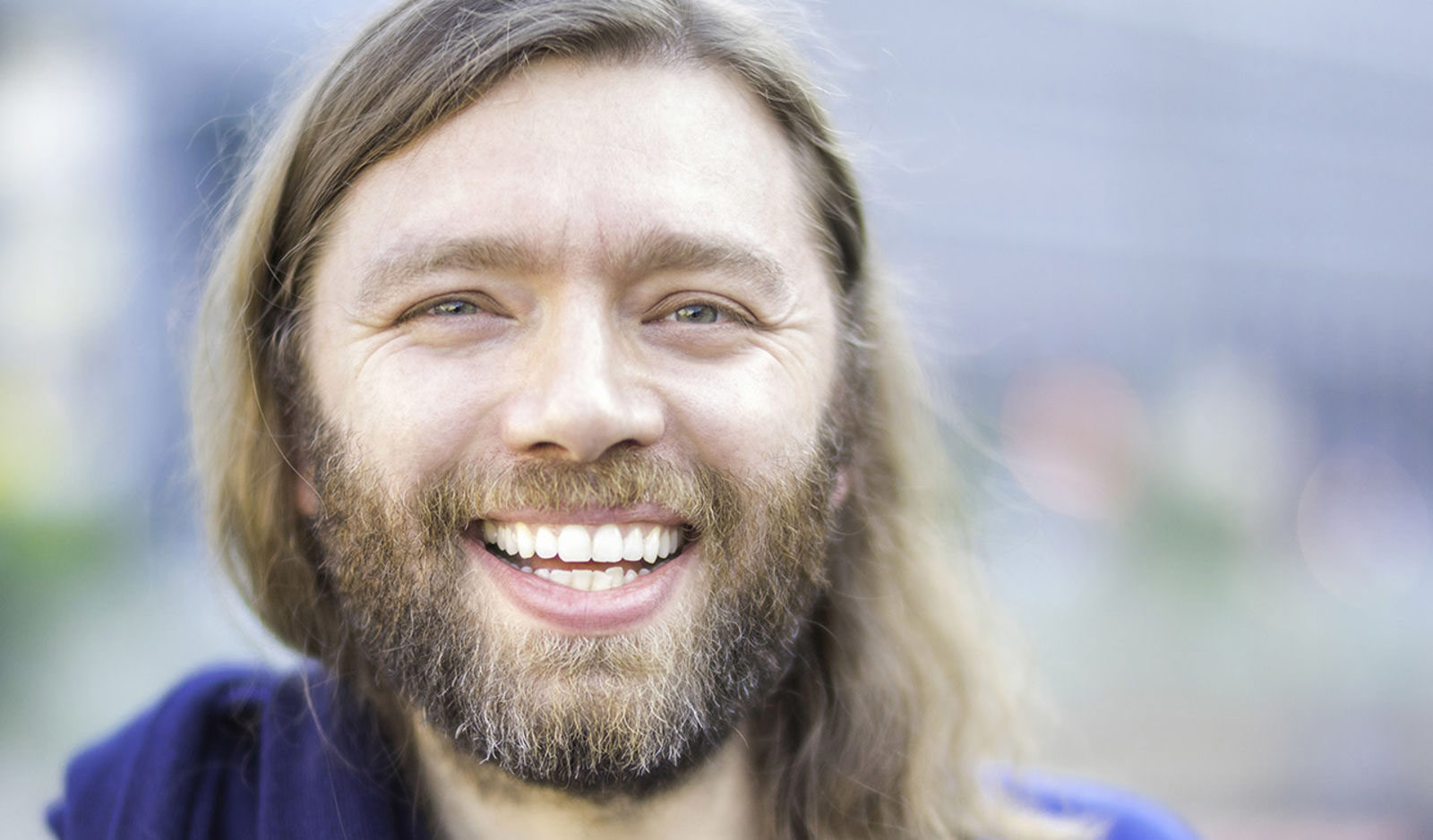 James Blake's third album arrived earlier this month, two years after the release of the then-unknown Londoner’s self-titled debut, and just two weeks after he had been unveiled as a key collaborator on Beyoncé’s Lemonade. Having worked closely with Justin Vernon (aka Bon Iver) and Frank Ocean on the project, his latest album narrates his new surroundings (LA) and new experiences via his specific brand of sub-bassy, percussion-heavy, melancholic electro that marked him out as a game-changer many moons ago. 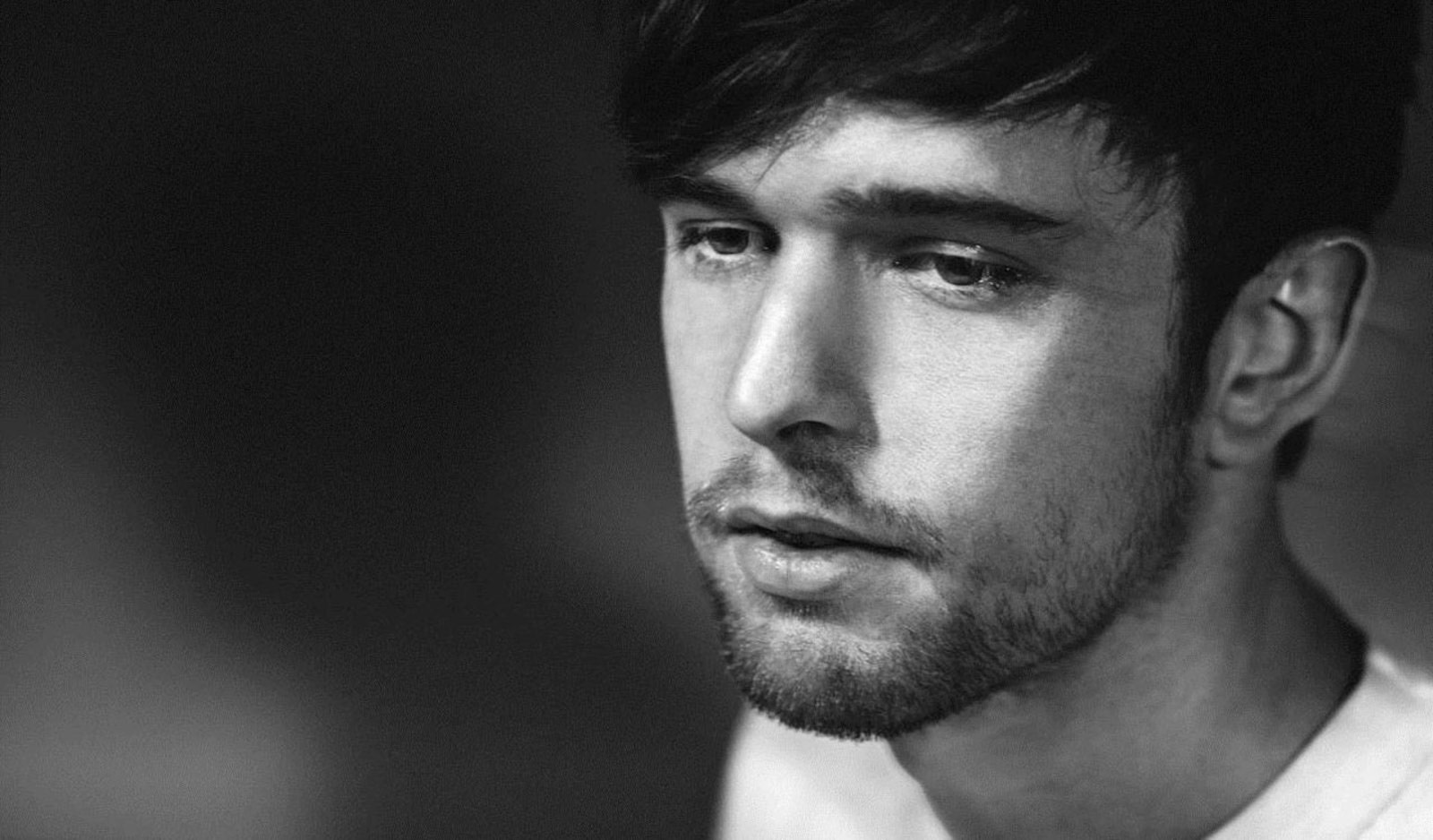 It was four years ago that Montreal-based producer Kaytranada set the internet ablaze and dropped his remix of Janet Jackson’s If. He quickly amassed a worldwide following, exciting interest from legends like Mobb Deep and more recently, Madonna. Earlier this month he finally released his long-awaited debut album. Featuring new material with Phonte, River Tiber, Badbadnotgood, Karriem Riggins, Craig David, AlunaGeorge, Goldlink, Little Dragon and Syd, as well as already-released tracks with Vic Mensa, Shay Lia and Anderson.Paak, 99.9% takes listeners on a journey through genre. Alongside his own projects, his recent credits also include producing standout tracks such as Girl from The Internet’s Grammy-nominated Ego Death, Along the Coast from Azealia Banks’s recently-released Slay-Z and Only Girl by Kali Uchis featuring Vince Staples and Steve Lacy. 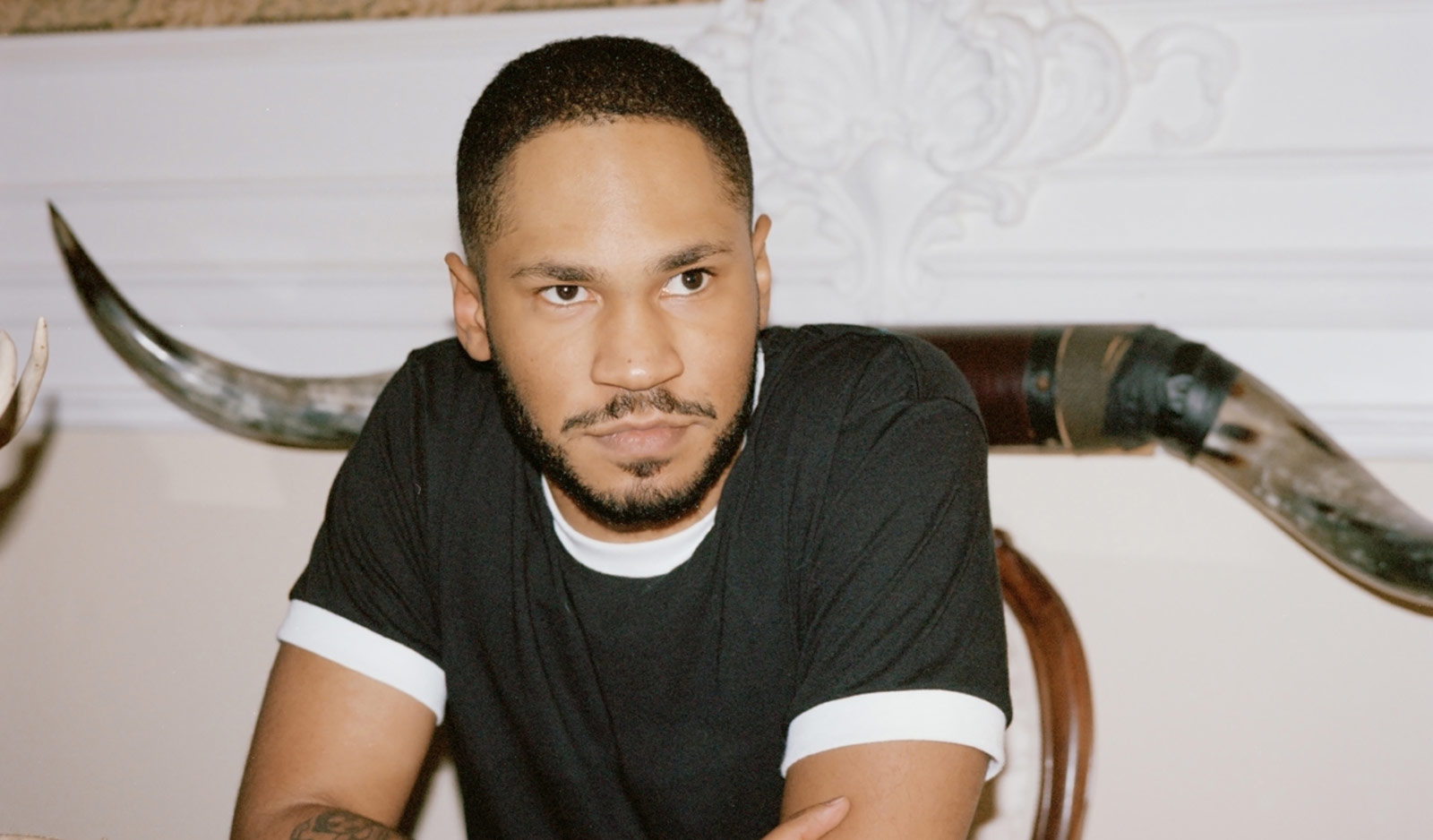 Ever since the release of her 2013 mixtape Cut 4 Me and 2015 follow-up Hallucinogen, we’ve been mesmerised by Kelela’s honeyed vocals and alternative r&b. We’re impatiently awaiting the release of her forthcoming album, which the American artist herself has described as both “urban” and “emo” or, in her boyfriend's words, “urbo”. Not only is she one of the most promising vocal talents around right now, her live performances show off that she has the moves to match her sensual and sexy sound. 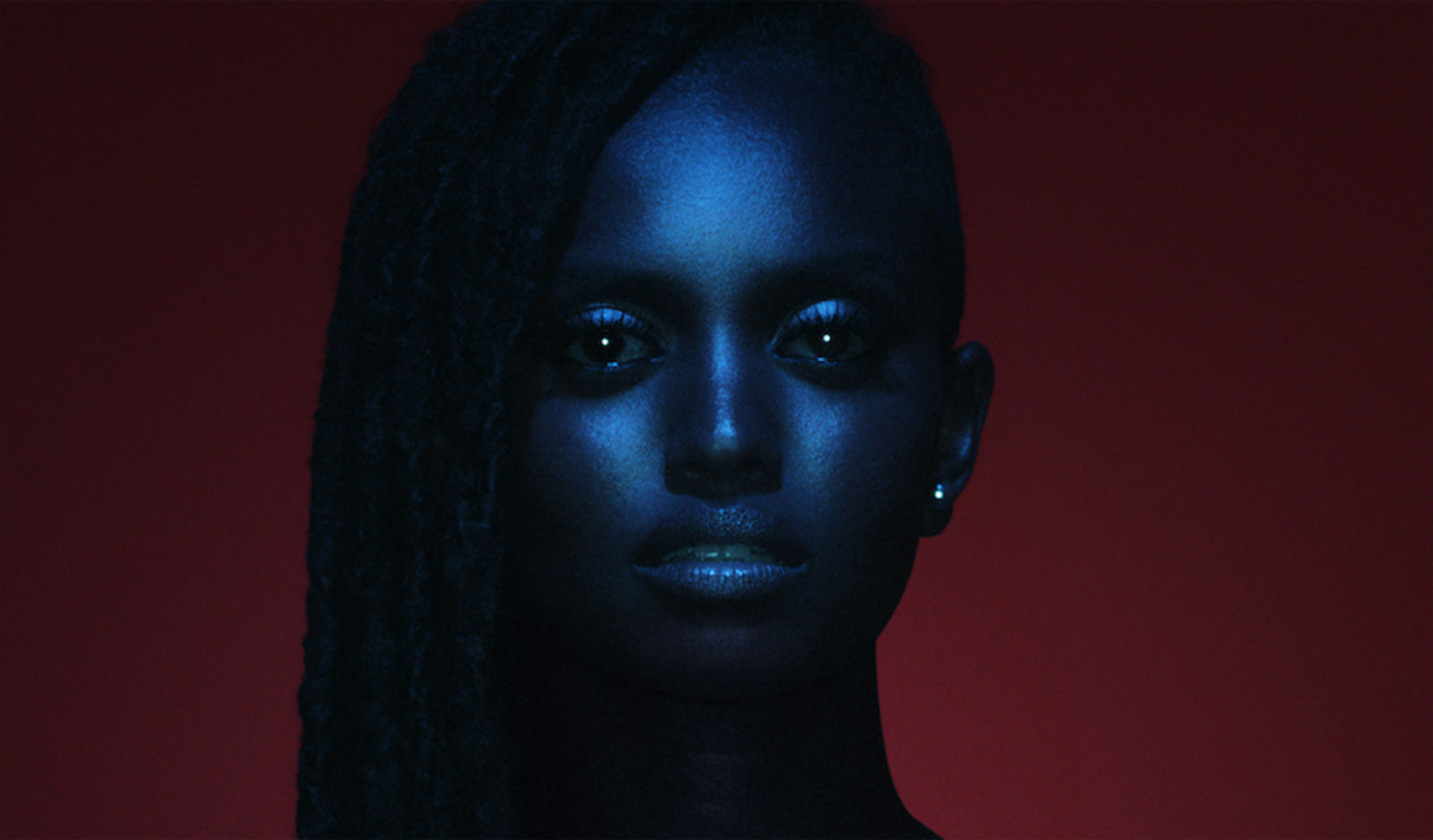 He is currently one of the most promising talents playing at the festival. Despite being born in France, Nicola Cruz descends from an Ecuadorian family, and he’s established his studio and creation place in the South American country. Being proud of his origins, he finds inspiration in both ancestral ritual sounds performed in the Andes or in the Amazonas rainforest, which he combines with electronic vibes. 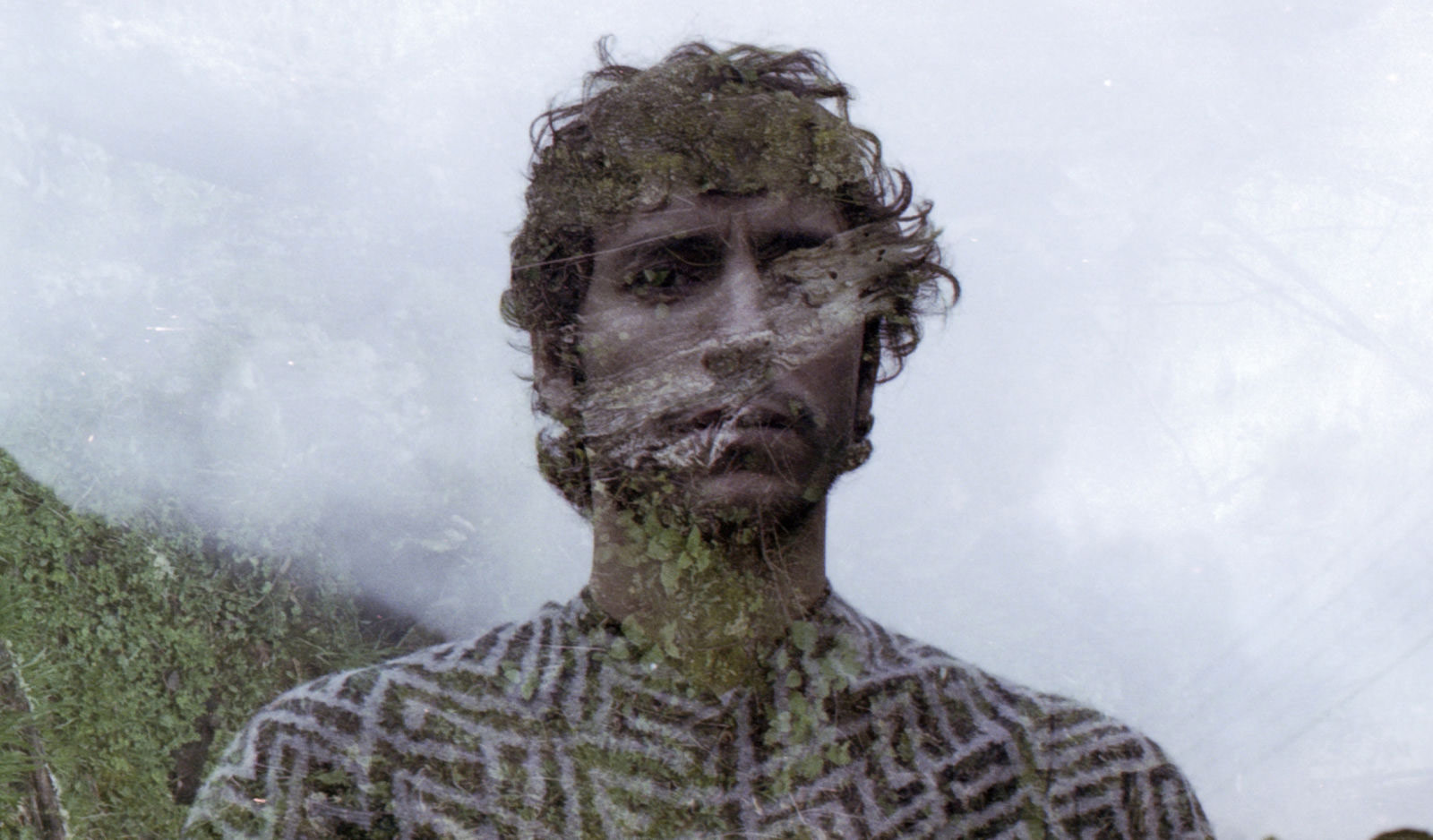 This Japanese girl started her musical career five years ago and, since then, she’s captivated audiences worldwide with her hauntingly delicate sound. Although it might seem that Sapphire Slows produces sleepy music, the background drums and beats keep her style between oneiric fantasy and perceptible reality, being able to make people feel as if floating. On Friday 17th, attend Sónar Barcelona and get ready to be teleported to a dimension where Sofia Coppola’s Lost in Translation, aurora borealis and an astral projection collide. 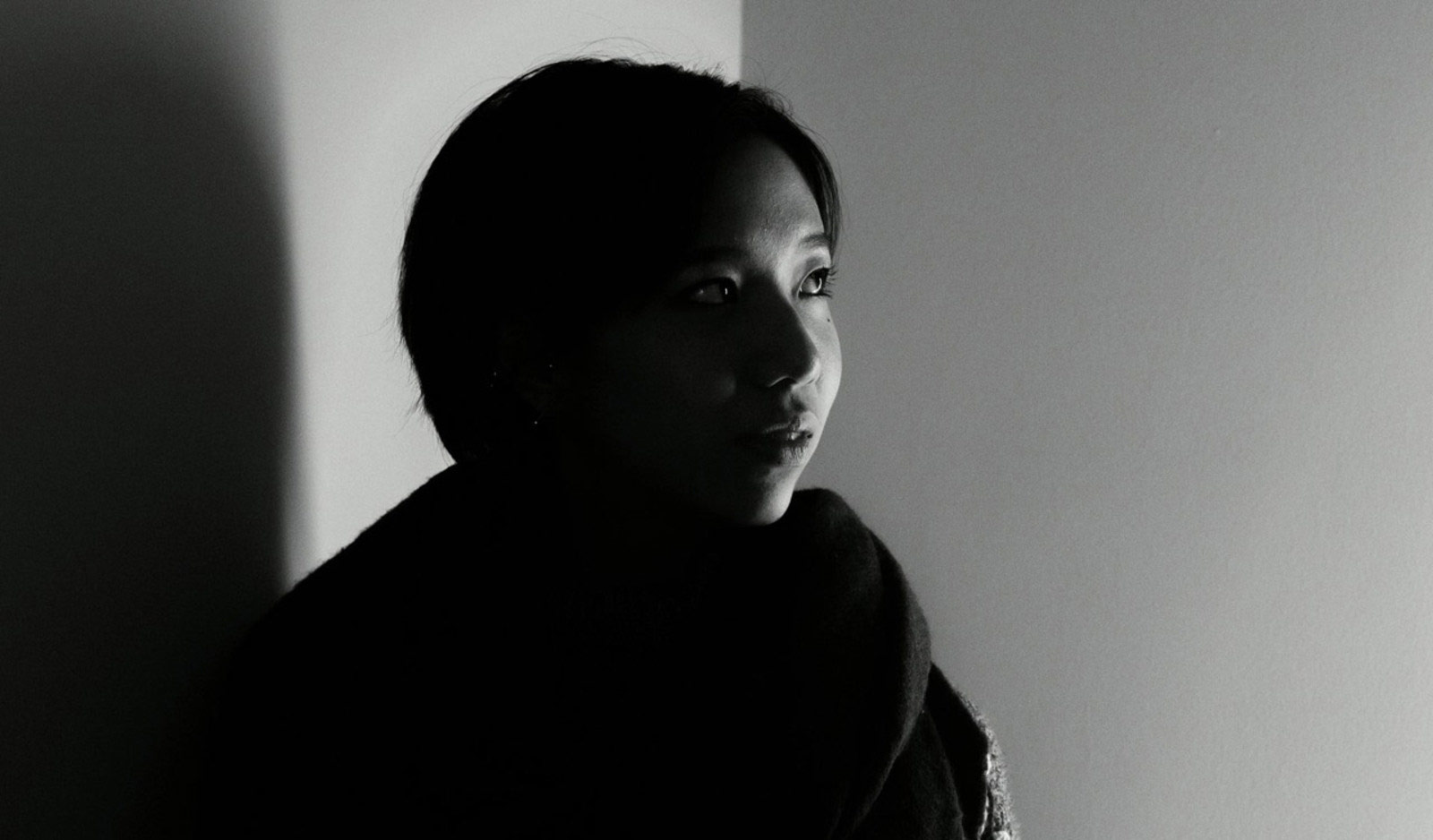 The north London MC has been leading a grime resurgence in the UK. It was only a year ago that Kanye brought a posse of grime’s finest –including Novelist, Stormzy, Skepta and his brother JME– on stage at the Brits, an act which Wiley called empowering. His long-awaited fourth studio album Konnichiwa, which was released on May 6th, offers up grimecore alongside collaborations featuring Pharrell and ASAP Nast that prove he can take on America without compromising his identity. 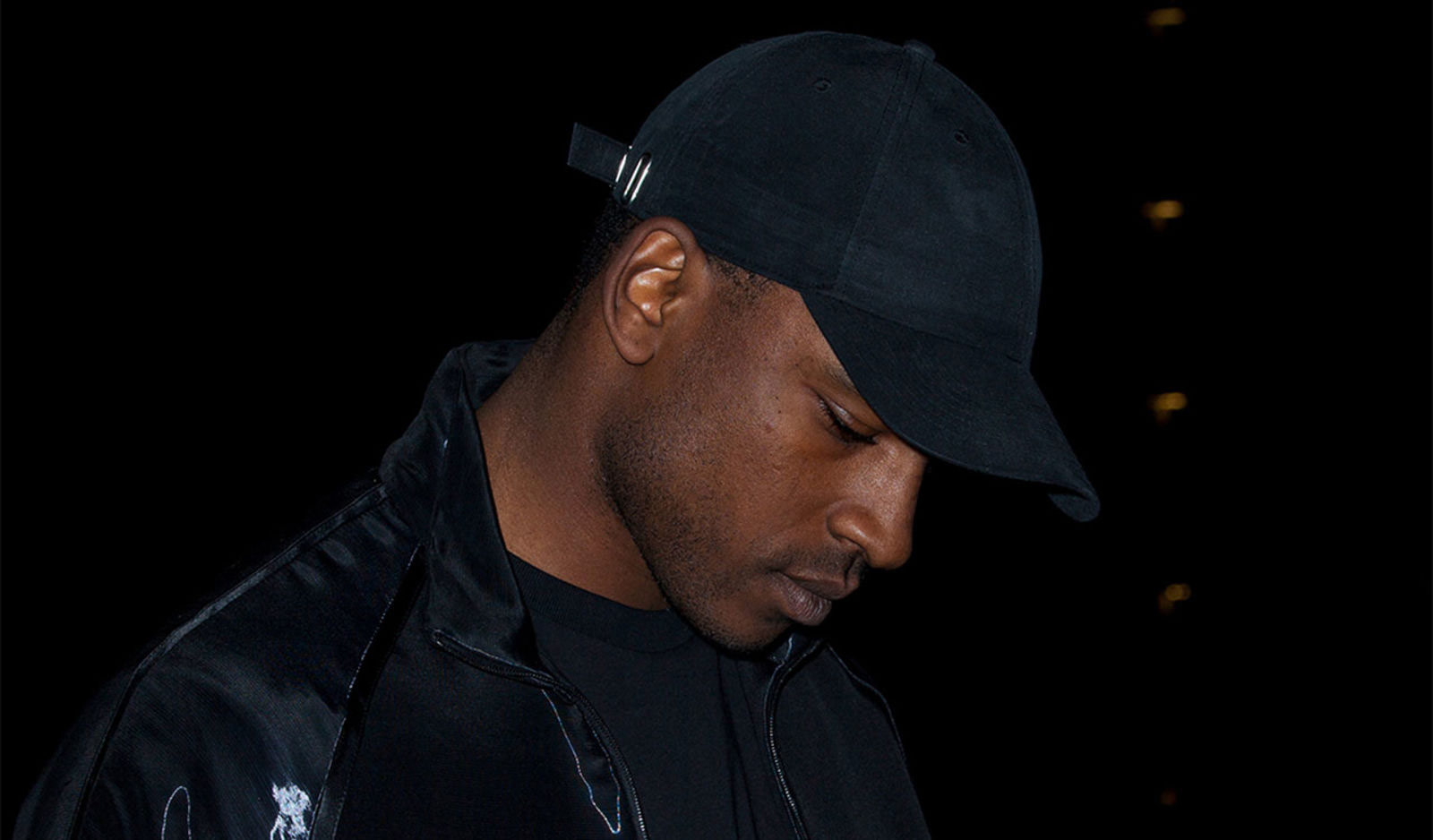 “Dance music needs breastfeeding DJs trying to get their kids to sleep before they have to play. Dance needs cranky queers and teenagers who are really tired of this shit. Dance music does not need more of the status quo.” The Black Madonna is a DJ and producer decided to bring her anti-establishment vision to the electronic music world. She holds a privileged position, as she’s been the Creative Director of Smart Bar in Chicago –one of the most important and renowned clubs in the US– where she started her revolution. Admired because of her sublime skills, eclectic style (ranging from the most underground techno to popular house) and unique philosophy, she’s one to watch for the next years!

Detroit collective Underground Resistance’s anti-mainstream, grungy techno first emerged back in the ‘80s. Founded by the legendary “Mad” Mike Banks, the Detroit legends are credited as having influenced the similarly militantly political ethos of fellow pioneers of the decade such as Public Enemy. Now Banks heads up a new project under the same branding – Underground Resistance presents Timeline is their four-piece live show fusing jazz, house and techo. 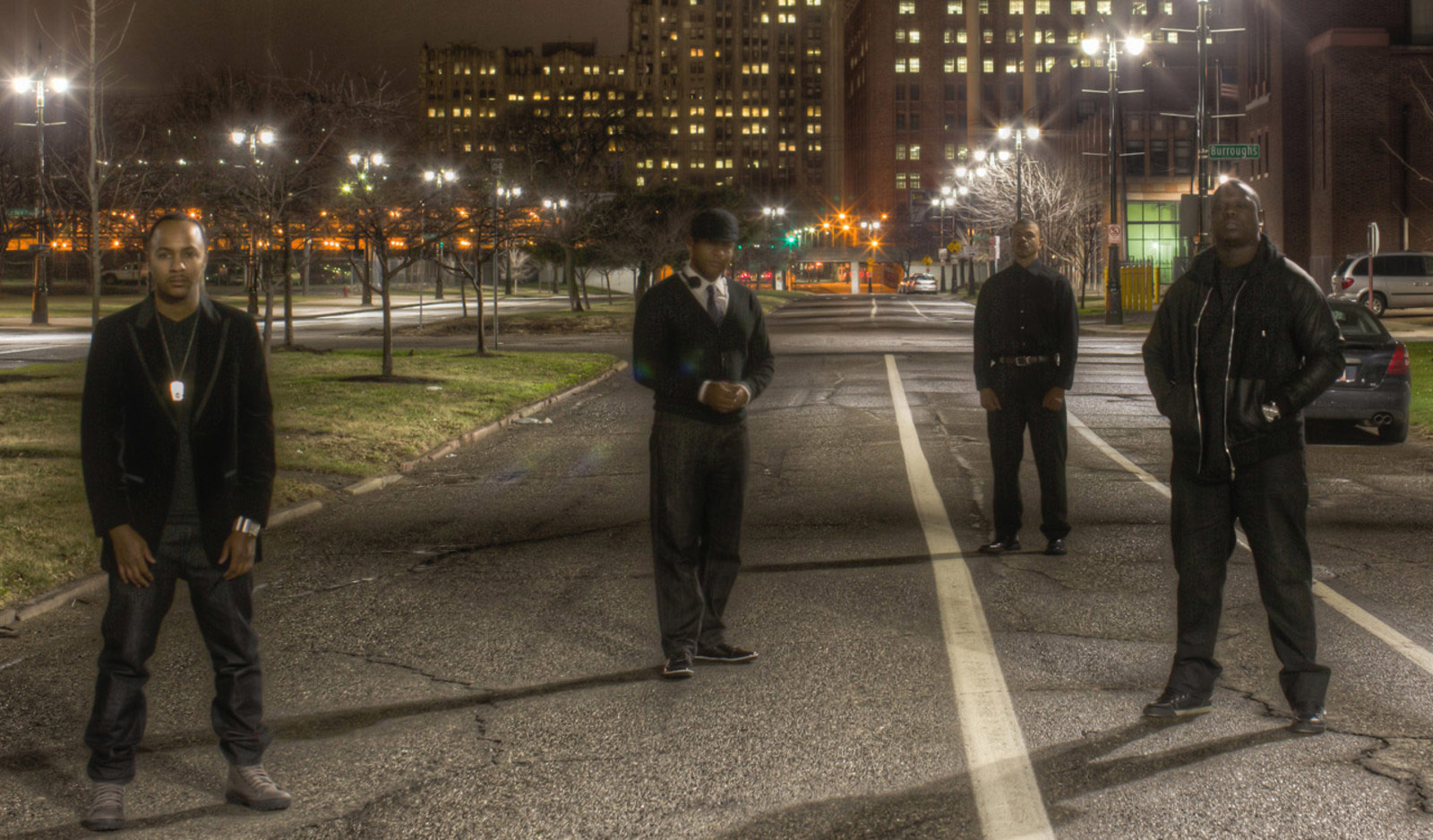 Currently only 19 years old, Yung Lean was one of the first rappers from Sweden to go global. He first caught our eye three years ago when he joined forces with Yung Gud and Yung Sherman (together they form the Sad Boys crew) and unveiled a super wacky home video for Hurt. Releasing tracks under Lean's moniker (his real name is Jonatan Leandoer Håstad), the trio have since kept us hooked on their bass-heavy raps through their ironic approach and original visuals. Ahead of embarking on his current tour, Yung Lean just dropped his new album, Warlord, and we've had it on loop. 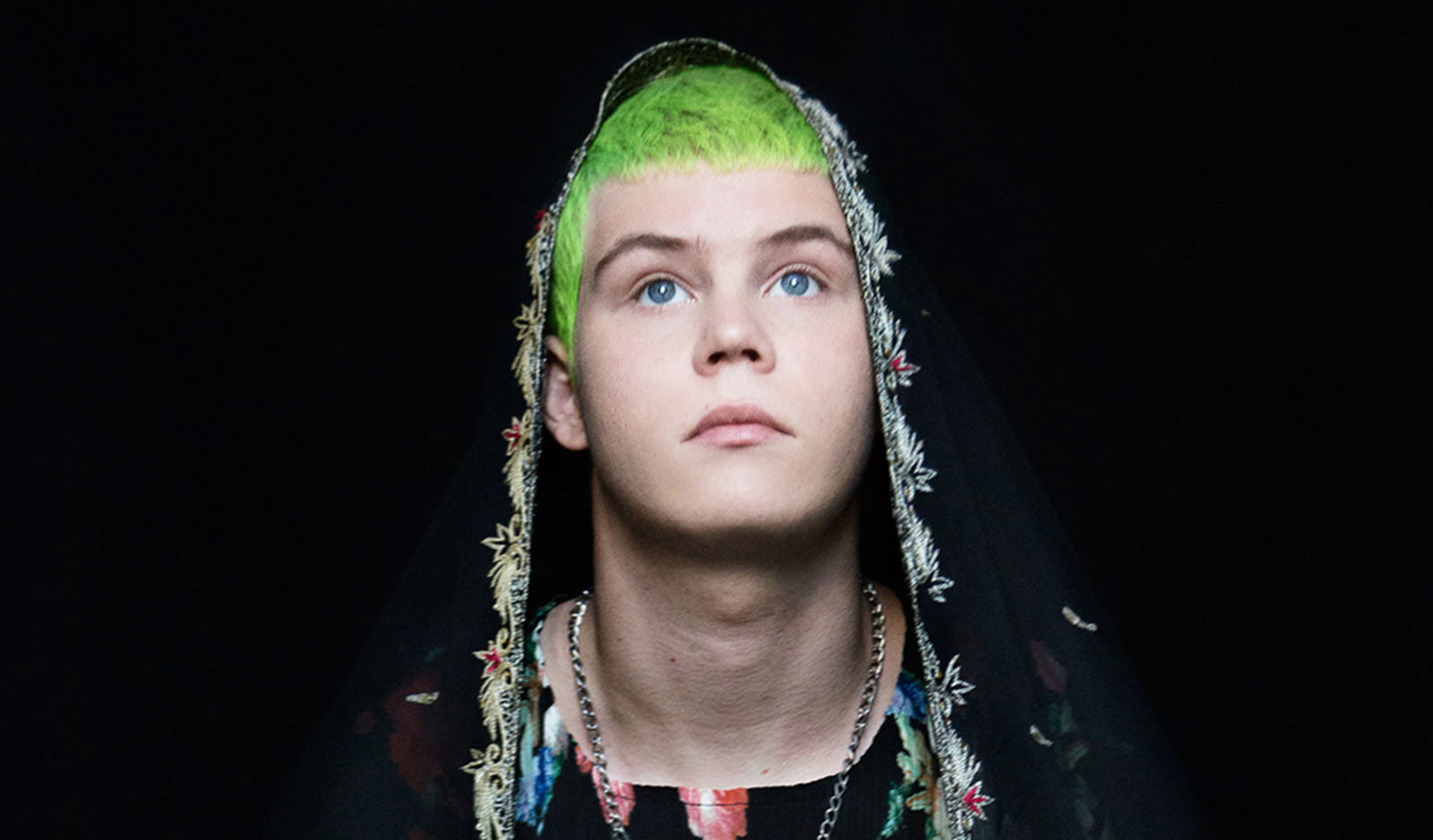