Curating and Creating an Inclusive Space 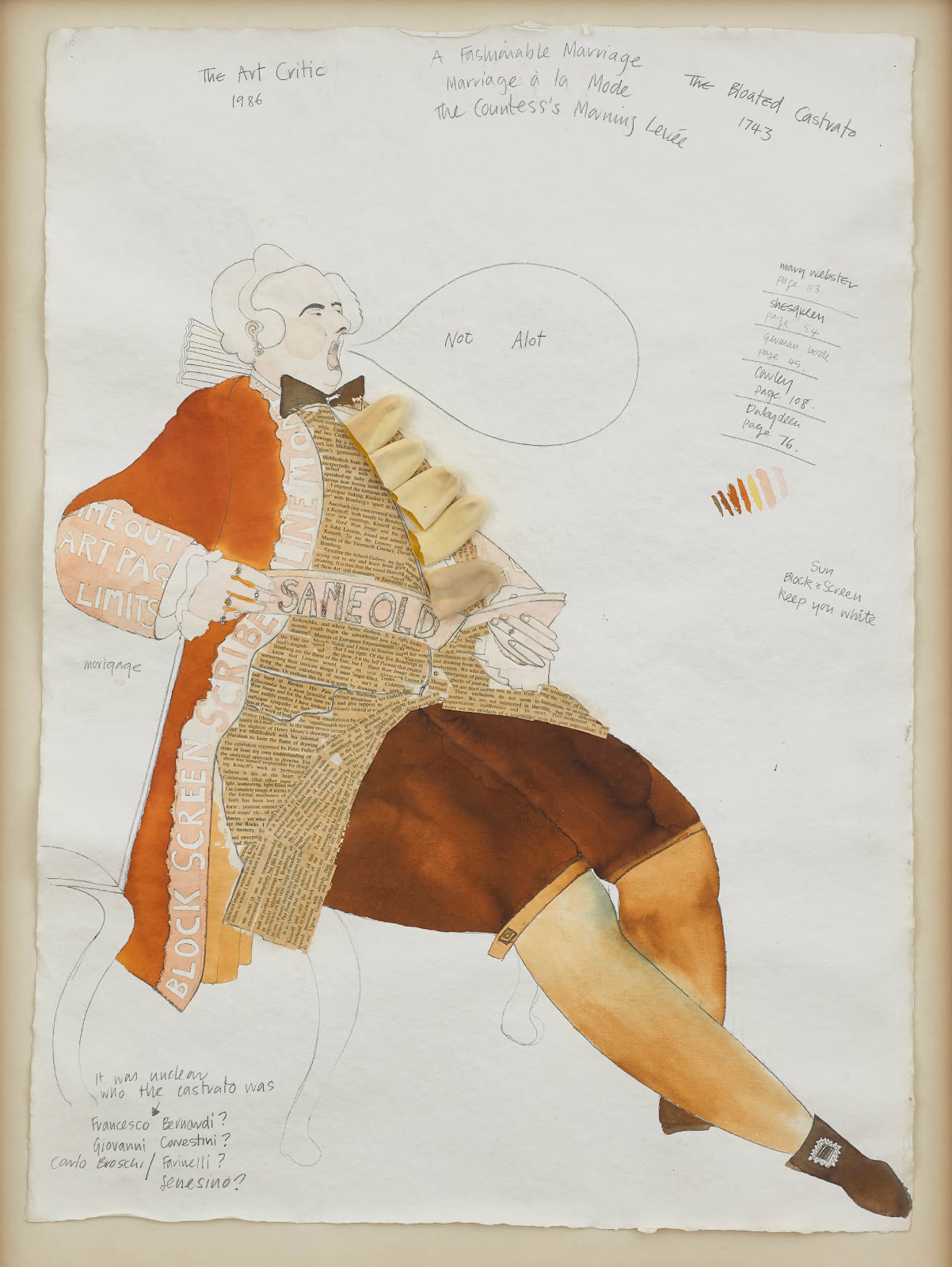 The exhibition initiates a discussion between geography and artistic identity. Many pieces express a deep connection with the landscape, particularly the sculptures of David Adjaye which are formed using a rammed earth technique inherited from West African architecture. Artist Tyler Mitchell also incorporates ideas of home and identity through his soulful photography shot in his hometown in Georgia. In this way, much of the exhibition concerns itself with the geographical location of artists, discussing identity as a product of communities and spaces.

Works also range temporally: Lubaina Himid’s mixed-media collage ironically parodies 18th century painter, William Hogarth’s work Marriage A-la-Mode (1743), with her satiric A Fashionable Marriage: The Art Critic (1986). Hogarth depicted Black people to connote evil, artificiality, and the wronging’s of the white protagonist. Himid takes Hogarth’s theatricality and accentuates it to condemn the 18-century slave trade. Alexandria Smith takes a different approach, using shaped wood panels to create abstracted figures to represent the objectifications imposed on the Black femme body. Where Himid confronts the past, Smith rattles the present. Yet both artists’ works are still extremely relevant in the discussion of black bodies and their place and experience within modern society.

Social Works II both spotlights the talent of artists of the African diaspora, whilst exposing a society which has continuously attempted to control, enslave, and bury black artists and creatives. The individual works of these artists collectively expose the black experience throughout time and place. They are exhibited together to inspire artists of the African diaspora to explore their identity in a today’s society without losing the connection to their past. 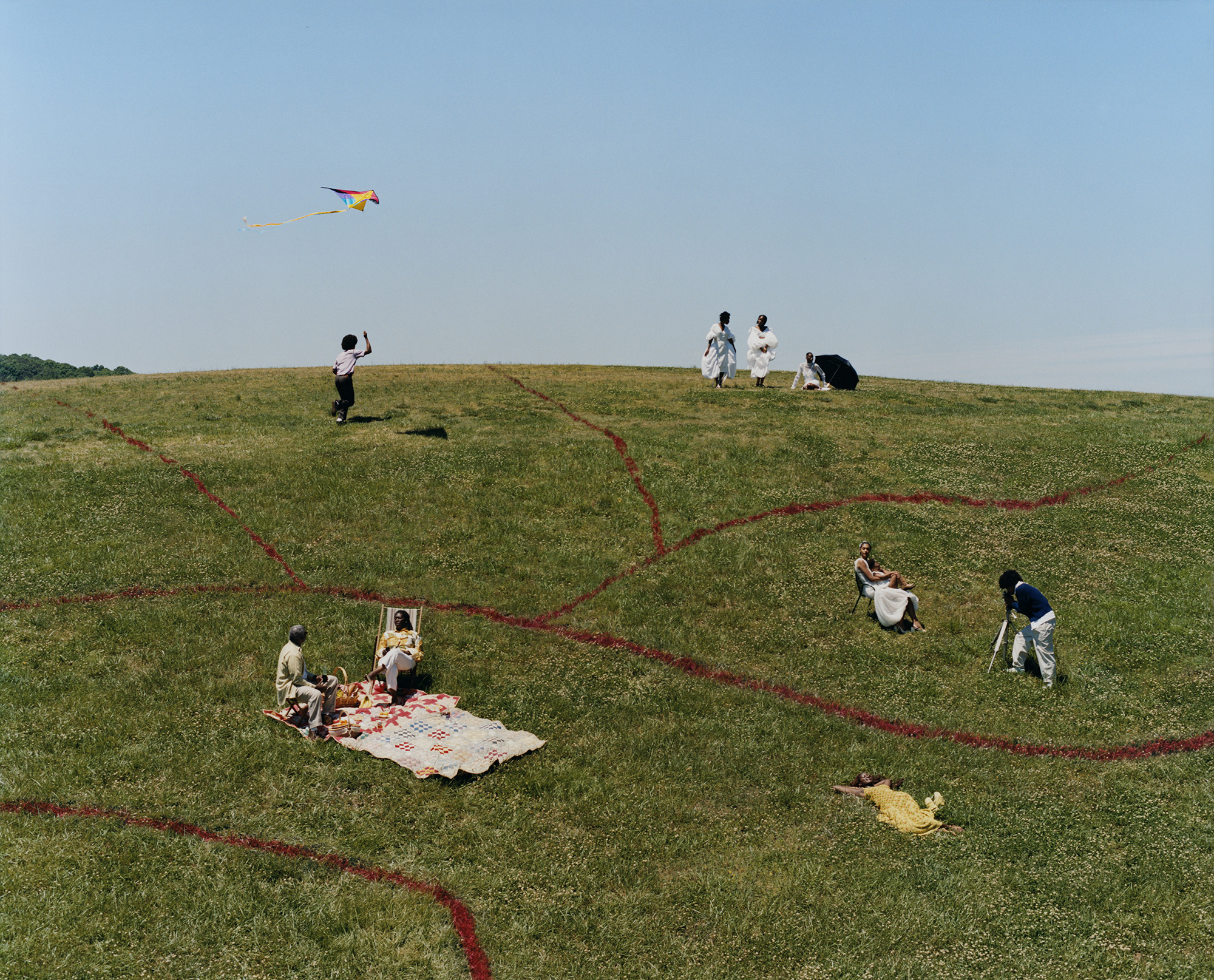 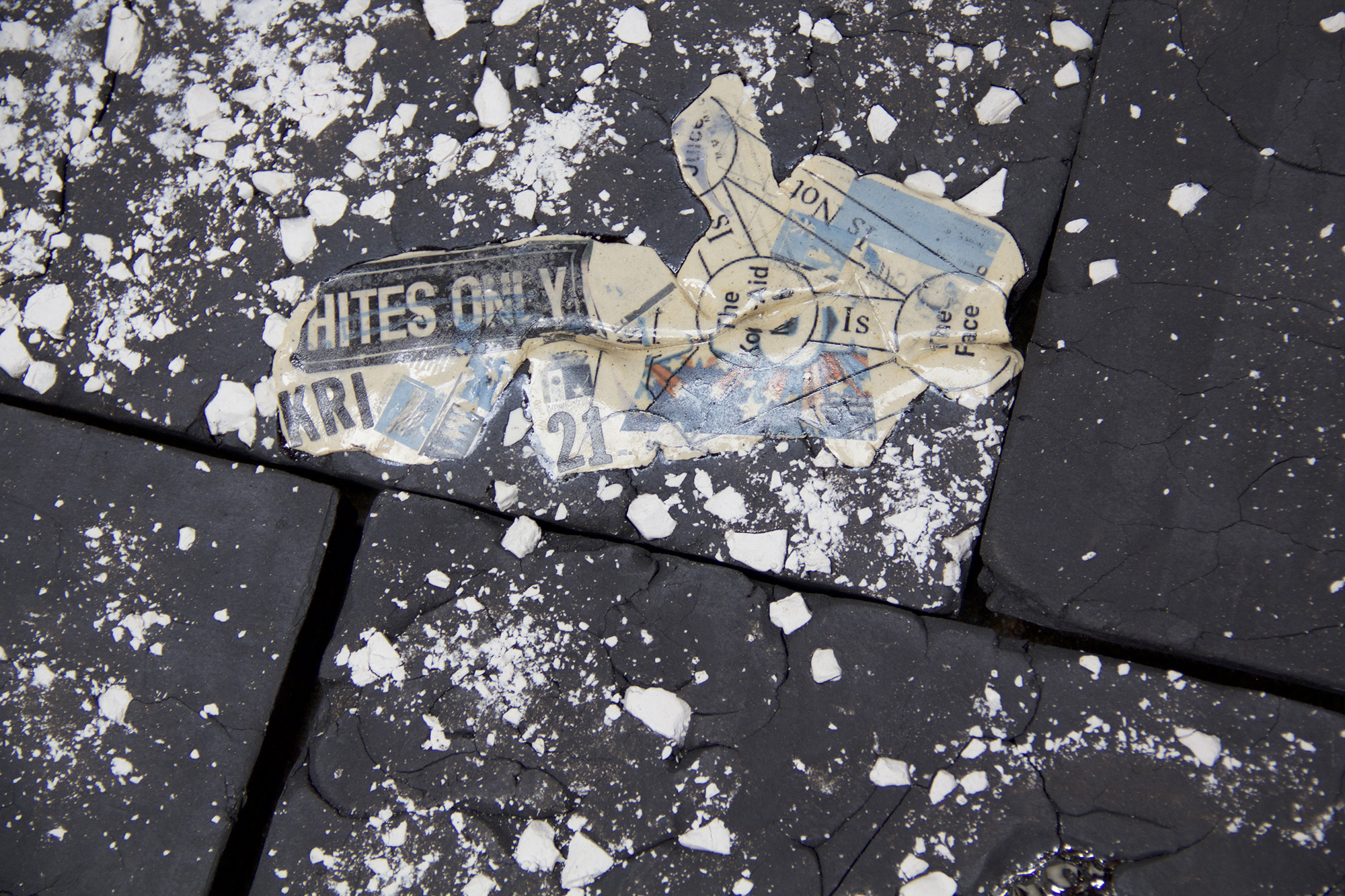 Dreams in the line and memories (/whipped), 2021 (detail) - © Kahlil Robert Irving Image courtesy of the artist and Gagosian 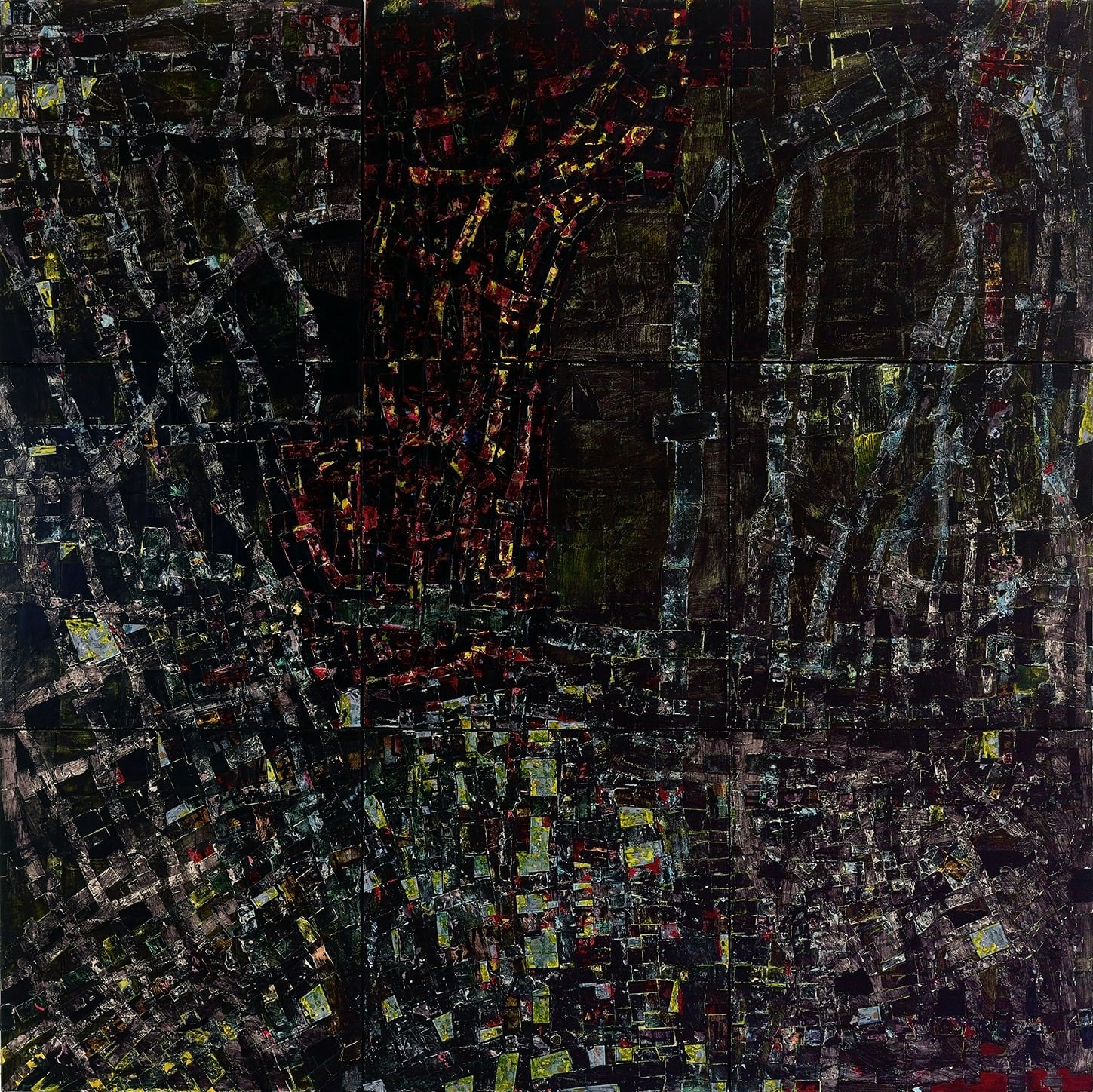 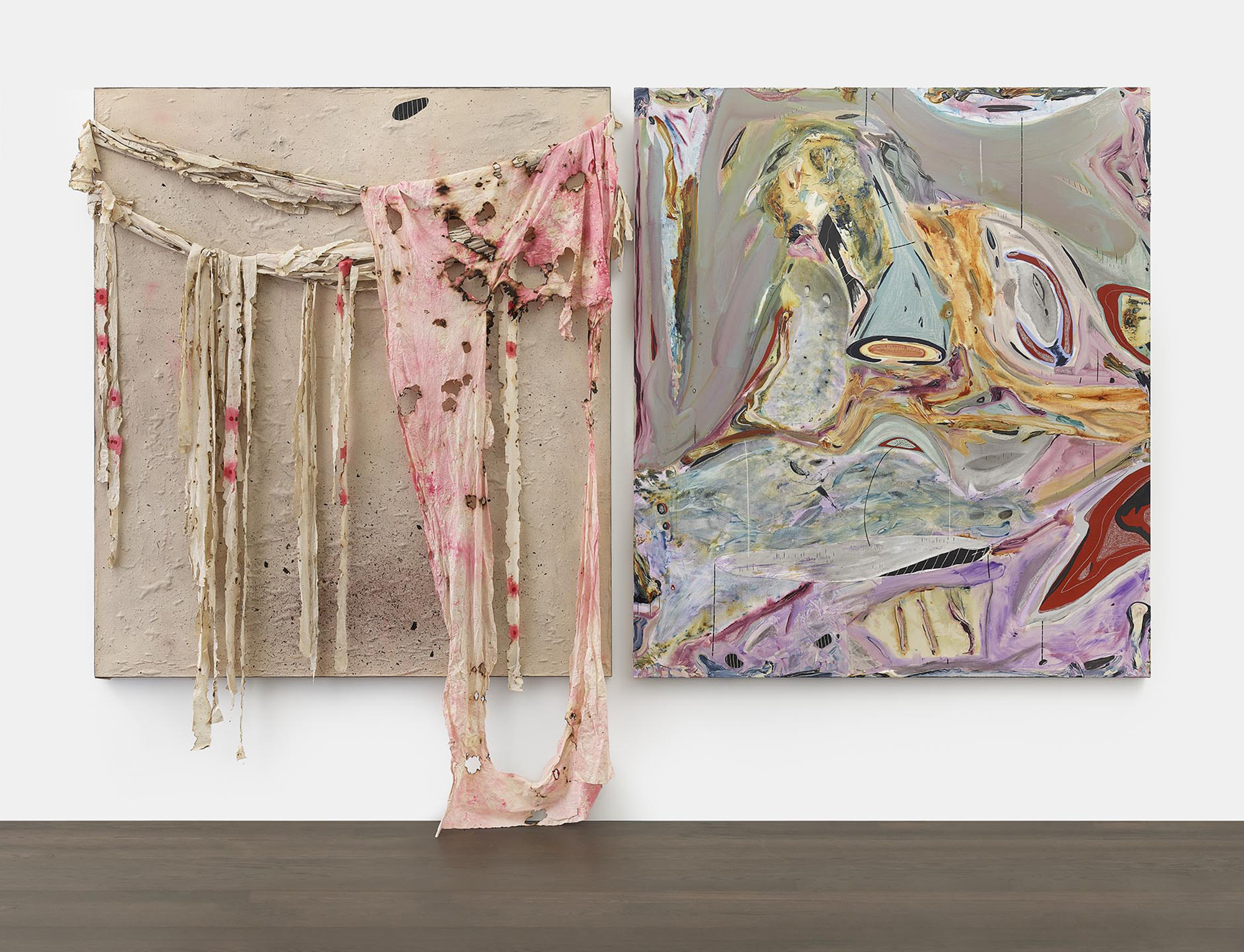