Adventures in the forest 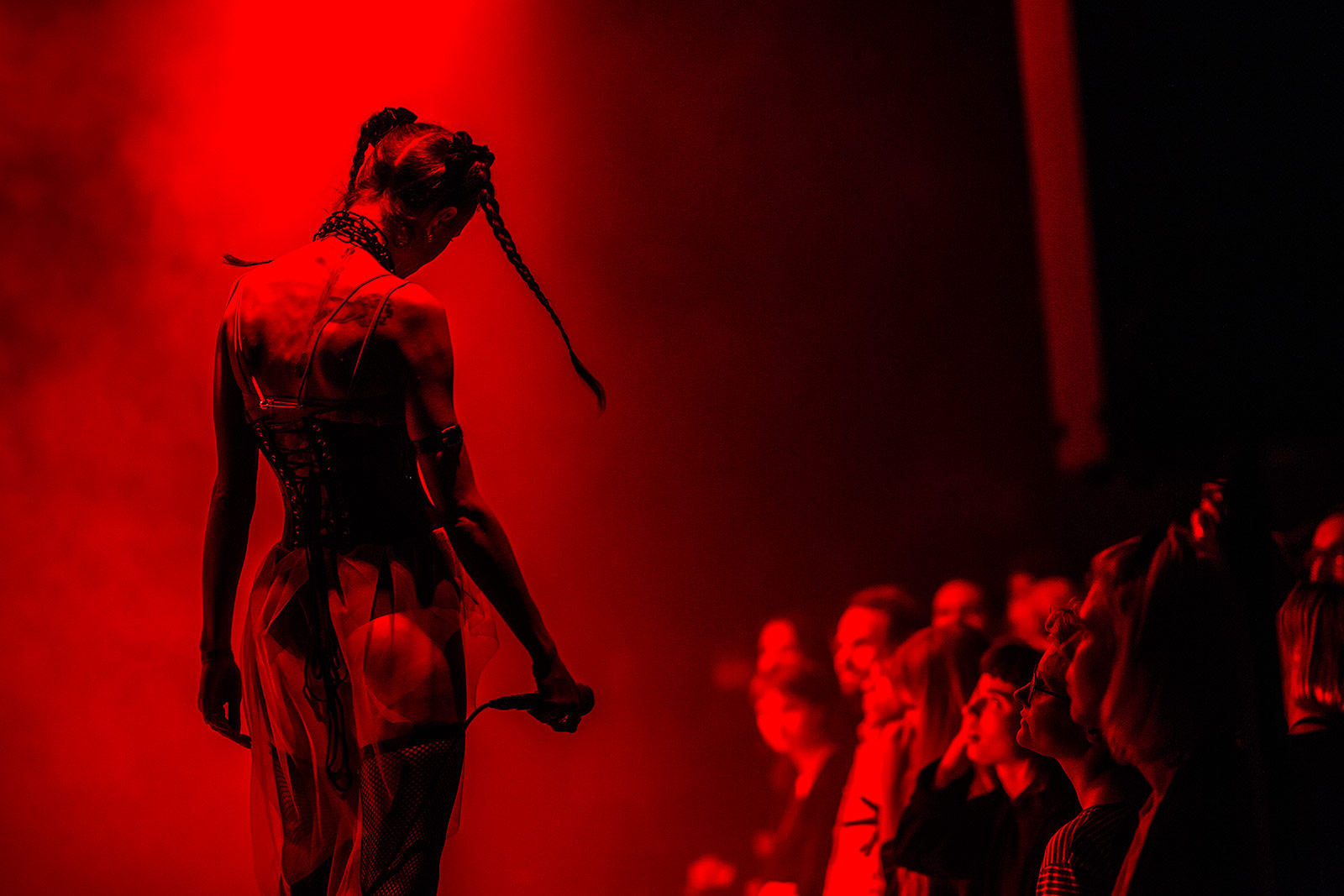 How would a party in the forest look like? Skaņu Mežs, an experimental music festival in Riga (Lativa), explores so. At least, that’s what its name indicates. It can be literally translated to ‘sound forest’, which provides a lot of hints of what the event is about. On October 12 and 13, we attended the festival at the Daile Theater, where it’s been taking place since 2014, and saw great performances by Busdriver, Thurston Moore with Mats Gustaffson, Caterina Barbieri, and William Basinski, among others.
The festival was founded in 2003, and the list of artists who have performed since then includes Autechre, Swans, Liars, Battles, Julia Holter, and James Holden, to name a few. This year, nearly one thousand people gathered together to enjoy and/or discover some of the most interesting experimental and avant-garde musicians out there. The founders of the festival call it ‘adventurous music’, which embraces an eclectic array of genres: electroacoustic, rock, metal, contemporary compositions, electronica, etc. The common trait is that there is an experimental dimension to them.

The Daile Theater is originally from 1936, and it’s hosted the festival for four years now. “We like the venue because it has an intimacy that’s often important for experiencing adventurous music. No matter where you sit – no matter which row, balcony or floor –, you always feel close enough to the stage”, says Rihards T. Endriksons, the festival’s creative director. But this year’s success is making the organizers think of an even larger space. “It’s the oldest experimental music event in Riga – and in the country as such”, he continues.

In addition to its uniqueness in the region, there are other factors that have contributed to its success. For example, being part of Shape, a platform for popularizing innovative music and audio-visual art, thanks to which they’ve been “fortunate to meet interesting and talented people like Caterina Barbieri or the duo Naked, as well as to promote Latvian artists like Tesa in other festivals”, says Endriksons, who is also part of this platform. Shape is also open to receiving artists’ proposals when there is an open call, and it “offers educational activities, gig opportunities, and PR assistance” in the sixteen festivals and art institutions it’s involved in.

But how did the festival go? Caterina Barbieri’s performance was one of the most expected, and the audience reacted pretty well to her show, based on Buchla synths and compositions that explore repetition and polyphonic sounds. Another much-awaited show was the one of Thurston Moore and Mats Gustafsson. The experimental duo dropped a large amount of adrenaline and presented a mix of eclecticism and improvisation, with Gustafsson pushing his saxophone to the extreme (aka tonal belligerence), while Moore played his well-known atonal chords and banged the strings of his Jazzmaster with a drumstick.

Since Sonic Youth disbanded, Moore has kept himself busy experimenting and performing with some other musicians, including his long-term collaborator Gustafsson, a very well-respected Swedish musician who has been pushing the boundaries of free jazz and avant-garde music since the late 1980s. Another performance worth mentioning was the show of LA-based rapper Busdriver, accompanied by the exceptional Darryl Moore at the drums. 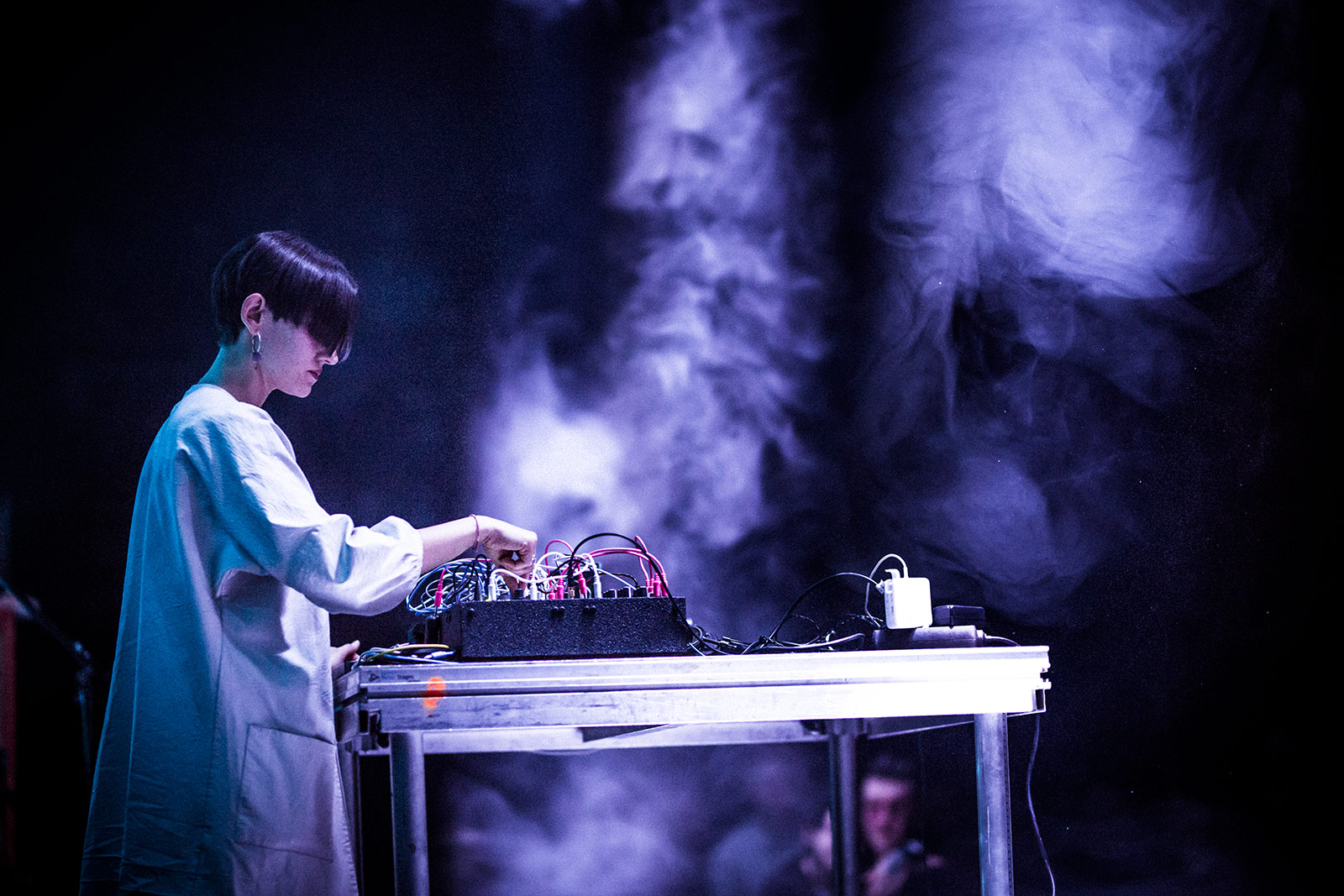 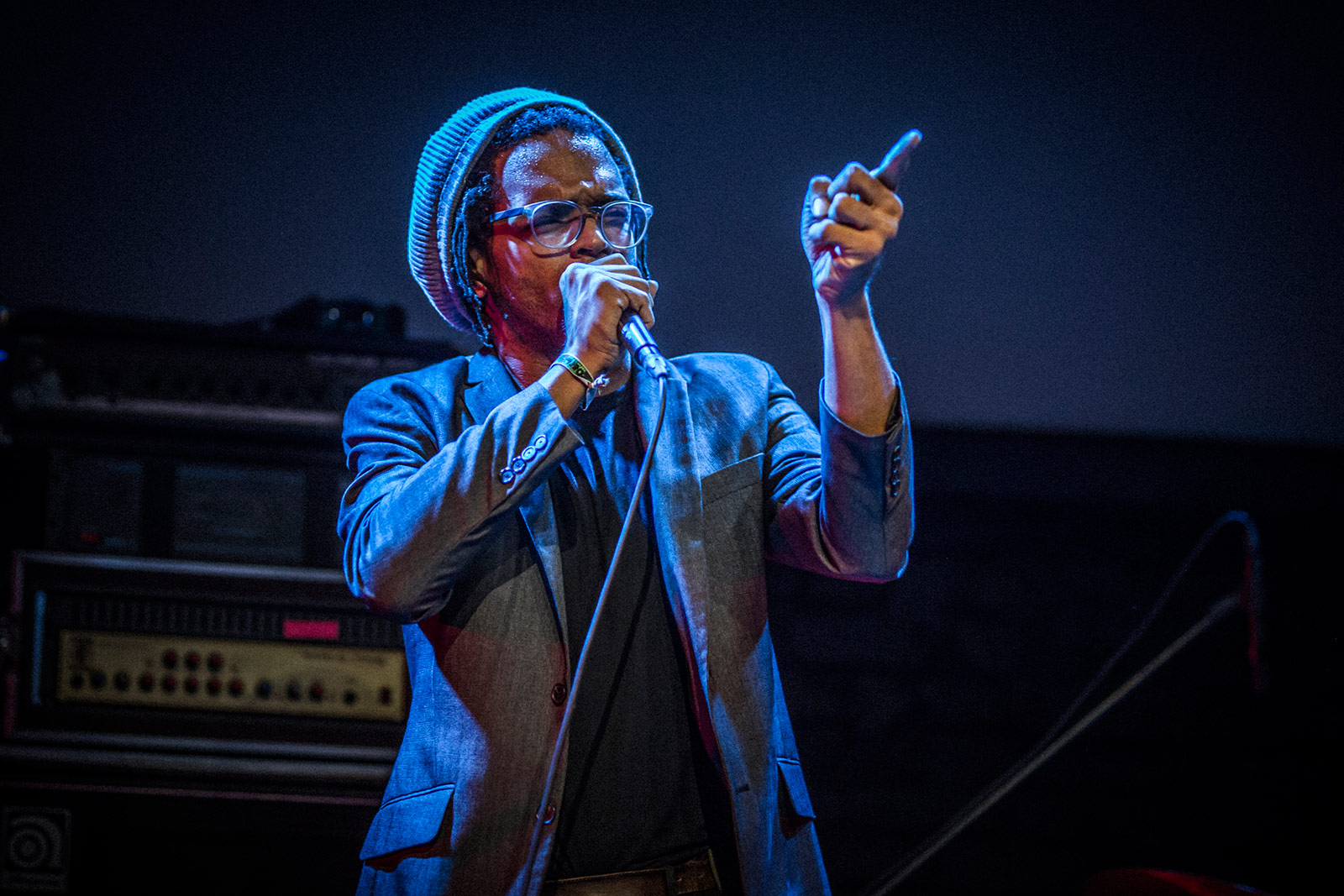 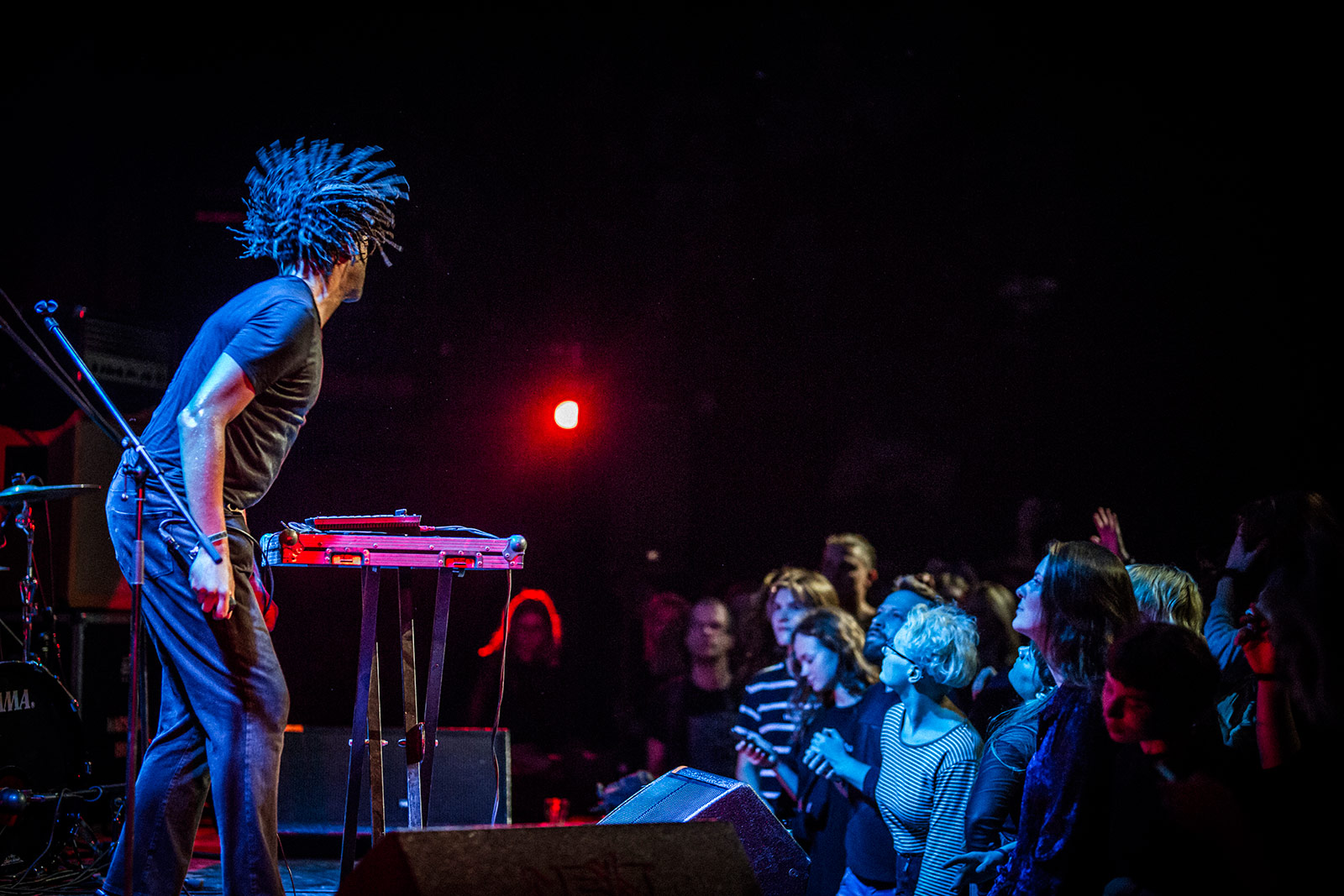 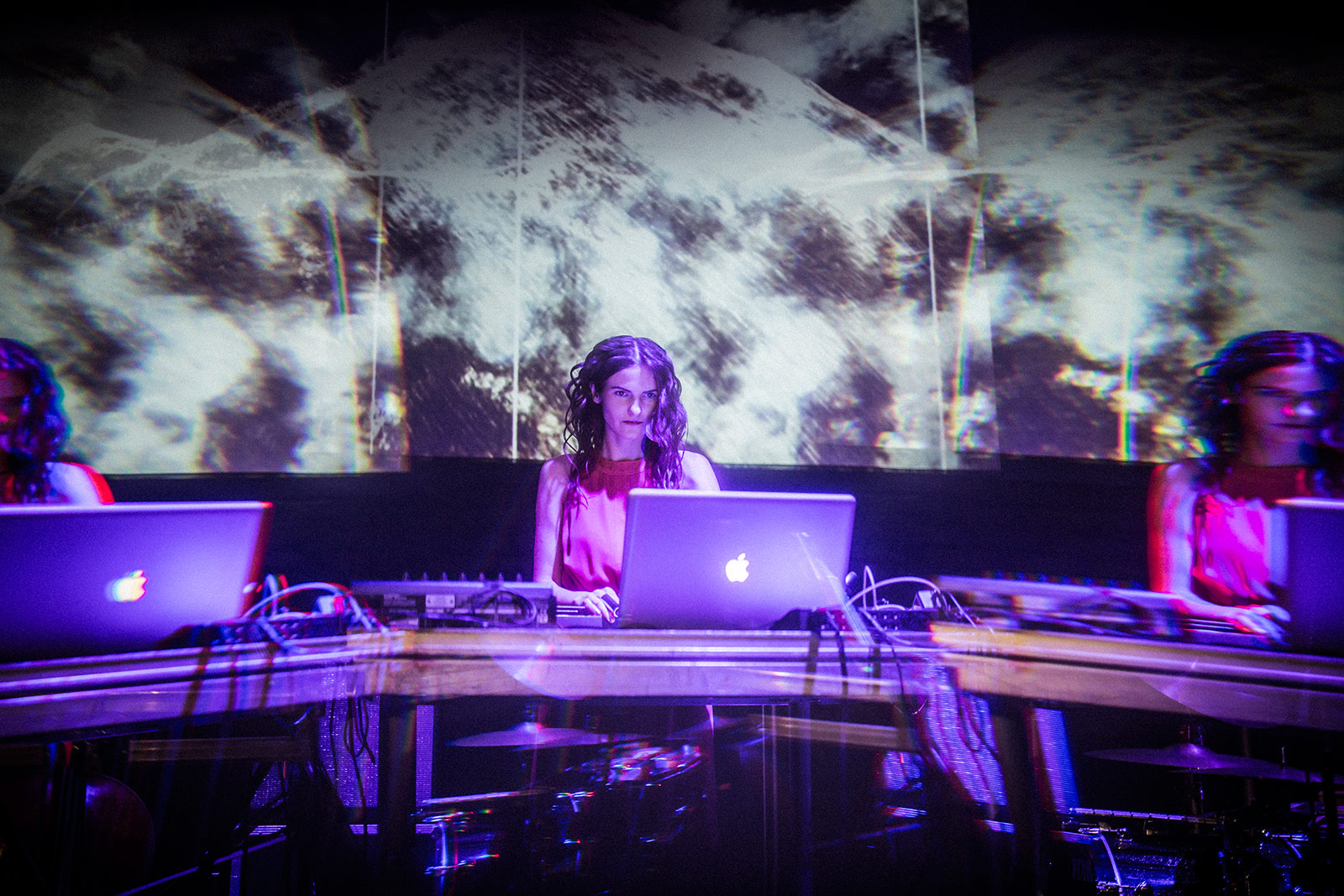 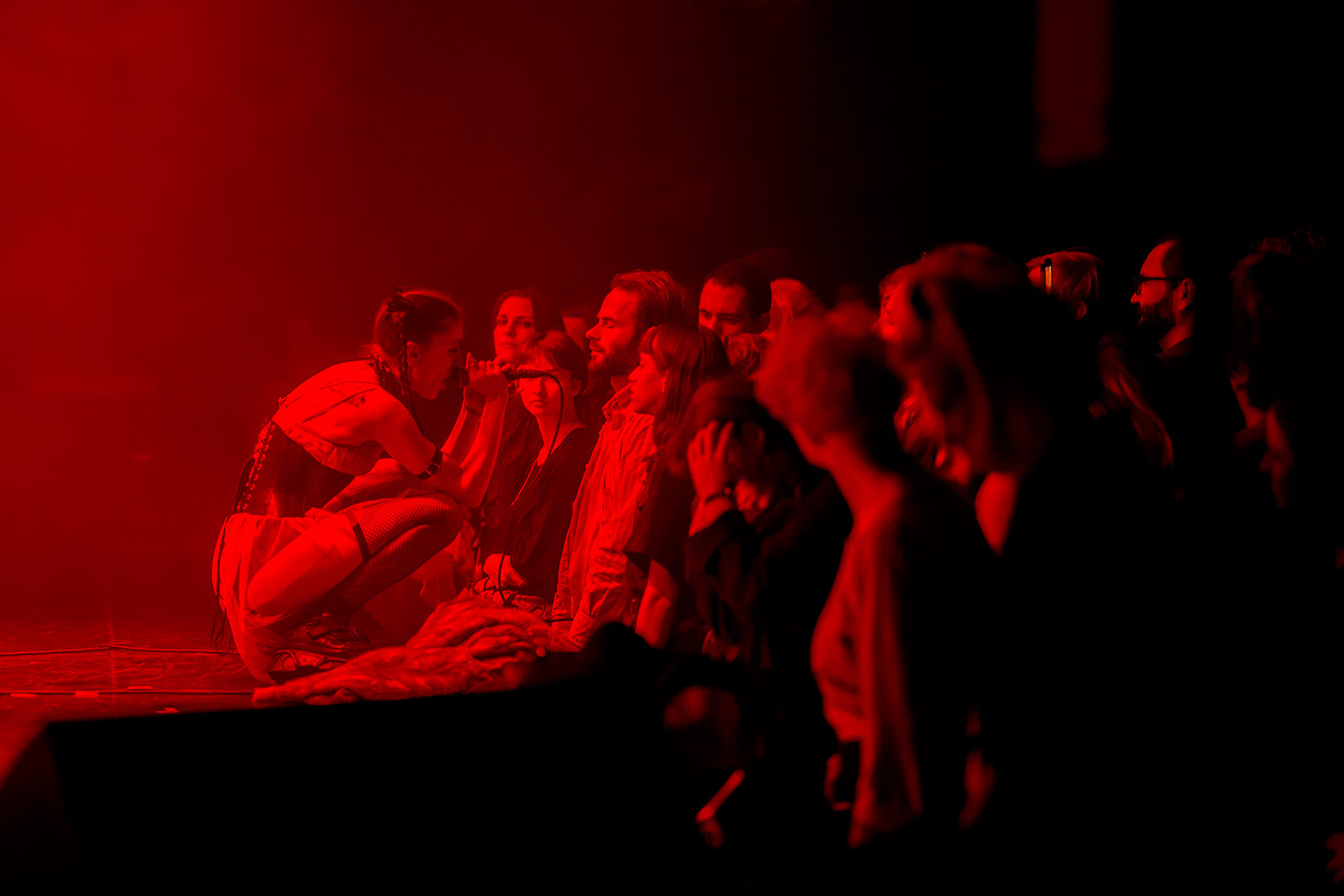