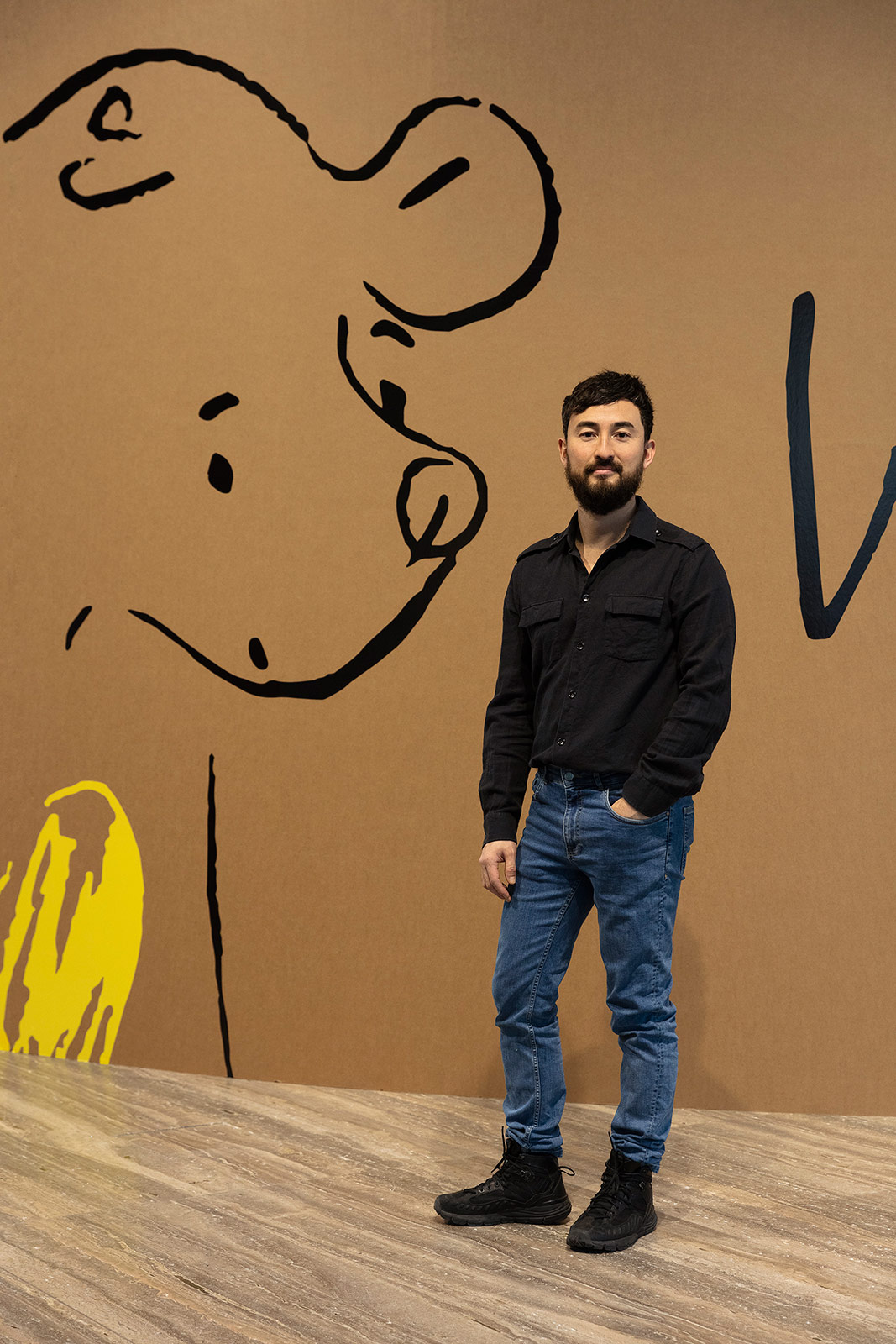 Berlin-based artist Simon Fujiwara presents his newest work Who the Bær, an exhibition which is now on view at Fondazione Prada in Milan until September 27, taking us on a trip full of irony and critique of our modern society through a bear cartoon character.
After countless acclaimed exhibitions all around the world, Fujiwara presents us with his new interdisciplinary project. From video, to collage, painting, sculpture and even performance. Always following the sarcasm and use of pop culture that we were able to see in Hope House, a replica of Anne Frank’s house but with the twist of portraying her as a modern celebrity, once more critiquing the capitalism that surrounds us and transforms people into brands. Taking advantage of social media as the ultimate method of one's own representation, we are able to explore the sociology and psychology of the human being with him, from crude critique to meme sarcasm.

With an architecture background Fujiwara arrived at the Art Academy Städelschule in Frankfurt looking for an art direction. A place where it was not easy for him to be taken seriously as an artist. It was not until he did The museum of incest, where he explores deeply his relationship with architecture, that his peers accepted him. He continued to develop his art with a political and biographical approach, always trying completely new styles, techniques and concepts to the point that it becomes hard to recognise all of it as his work.

This time for Who the Bær, the artist gets into what identity means, coming from a personal experience of lacking representation of his reality and questioning the system.“I was in a complex position because I never fully identified racially: I’m mixed and I’m gay, I also grew up in a really white village where everyone had stories and fairytales that represented them, but there was never one that depicted my reality exactly. I also questioned whether stories have to depict your own reality all the time.”

From this point of view, we can see how this character is created through collage techniques.“I choose collage because I was thinking about how it represents the feeling of a traumatic experience. It represents two different situations or images coming together, but you make them work somehow.” A whole journey talking and criticising from gender norms, to political propaganda, the portrayal of sexuality and the pursuit of one’s identity.

Even though heavy topics are touched upon, the exhibition is able to always keep this playful and ironic tone that Fujiwara is so known for with the representation of a cartoon bear. “Somehow this bear is also this childish figure that is looking at everything from an alien perspective wondering how I would design myself if I had this option. The liberating part of a cartoon is that they are just an image, they don’t have that connection with authenticity that humans have.” 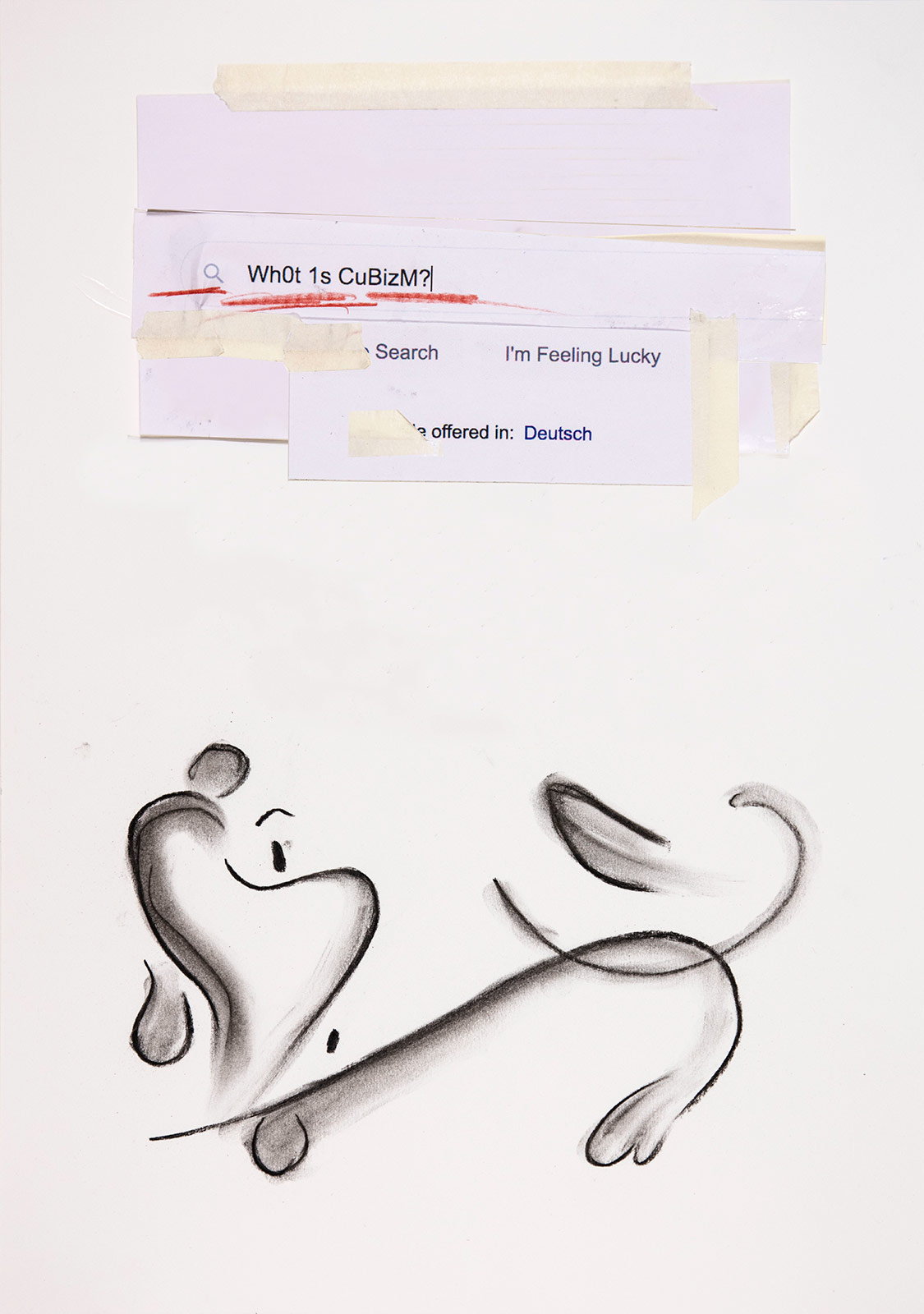 Drawing image for “Who the Bær”, 2020. Courtesy the artist 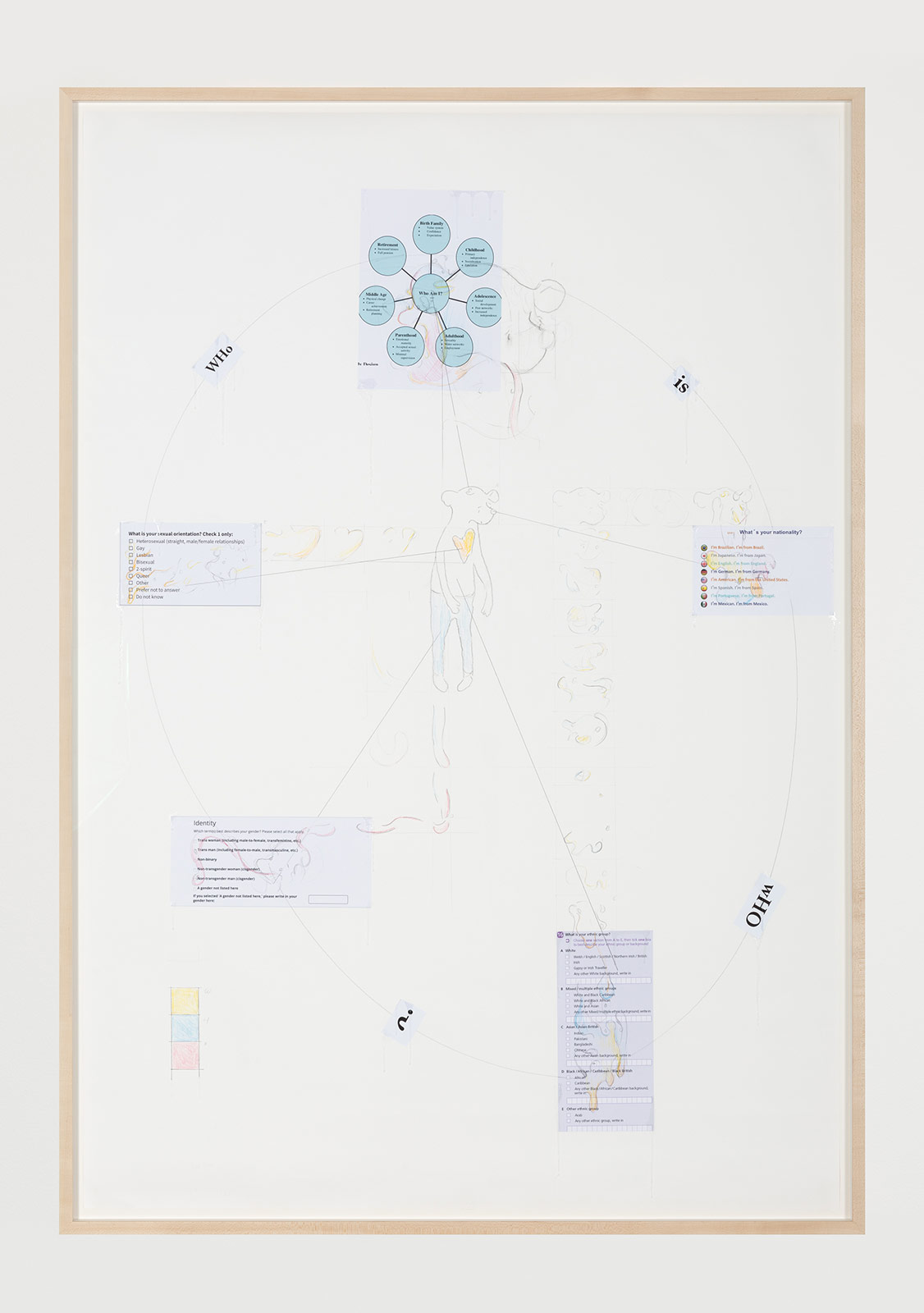 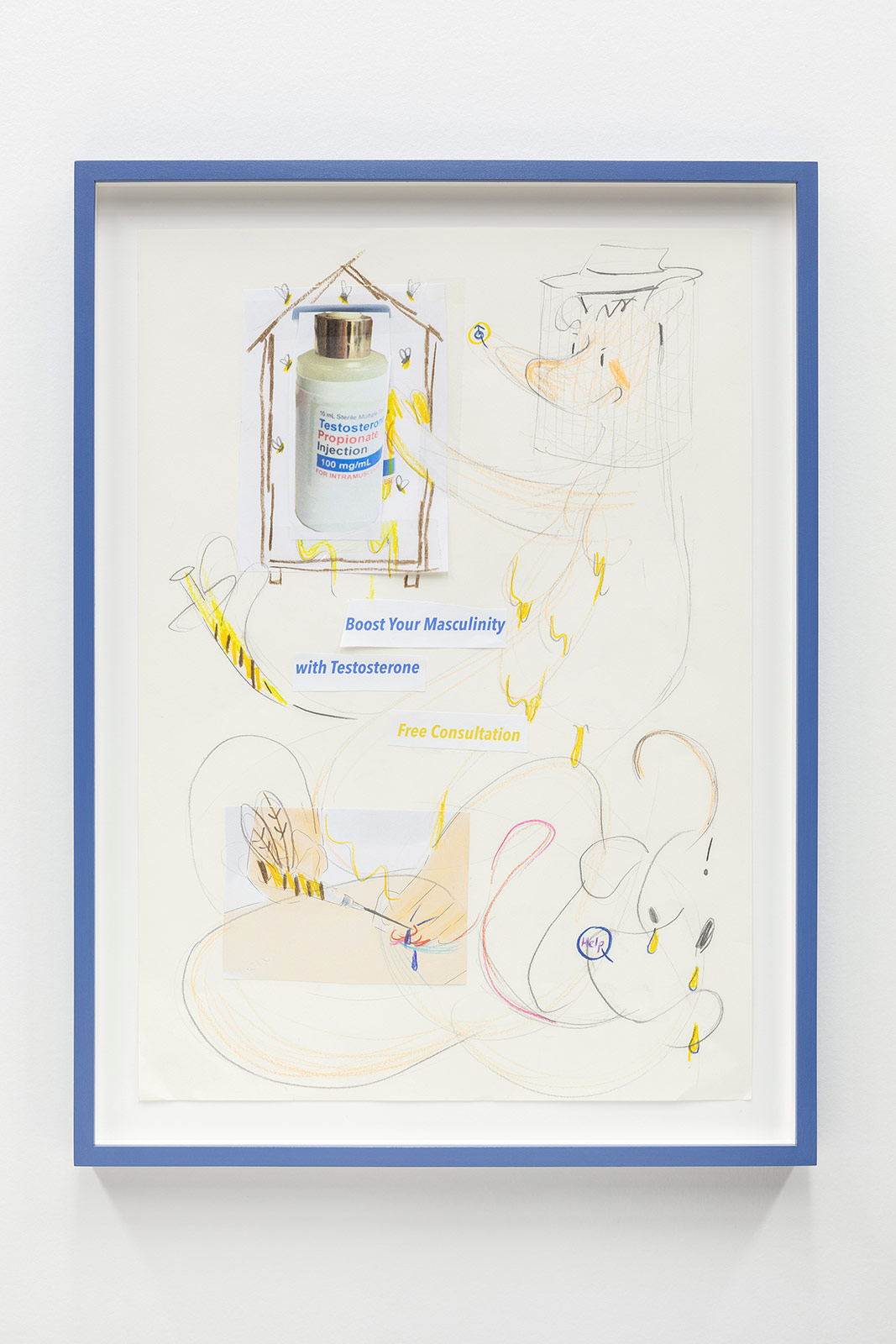 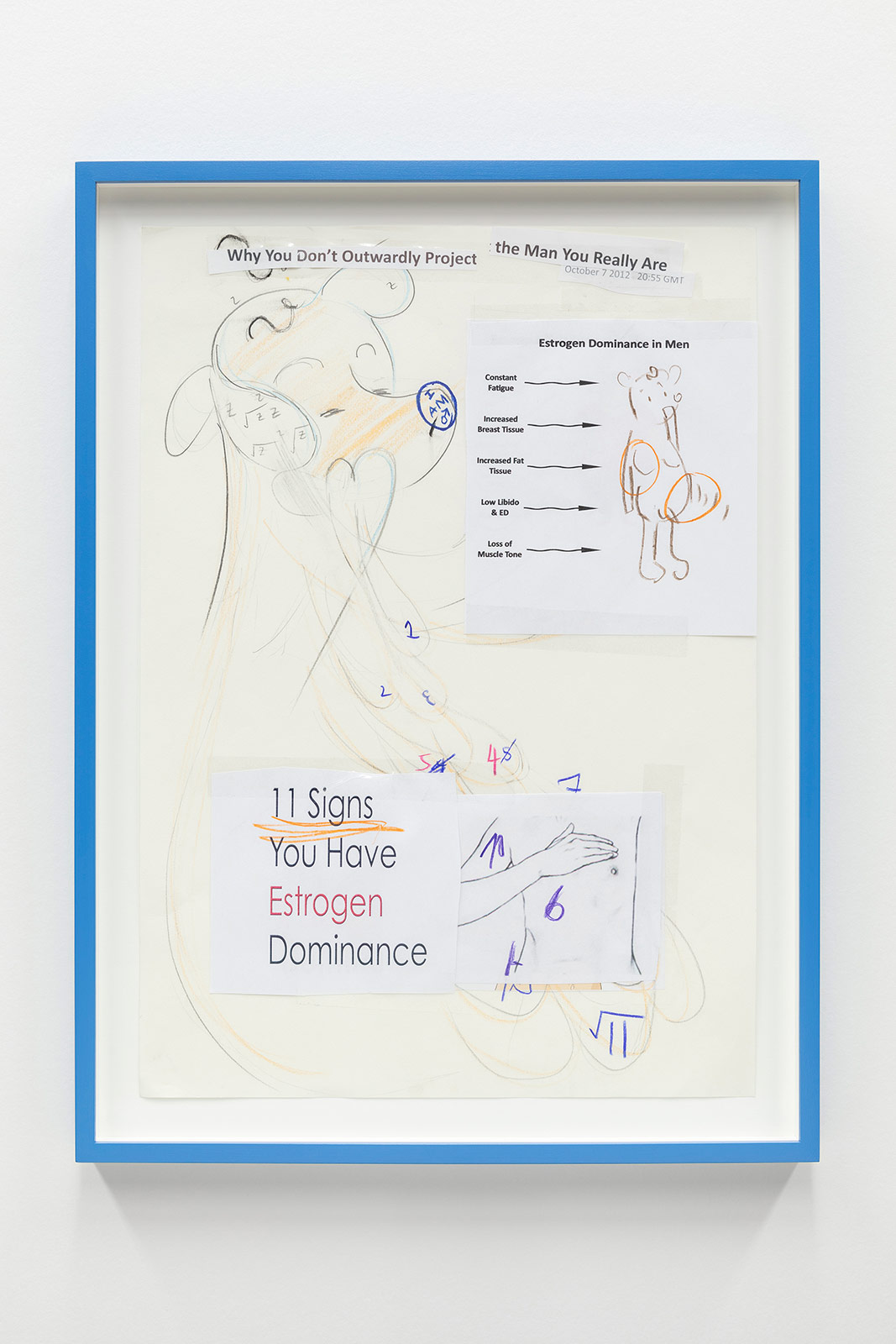 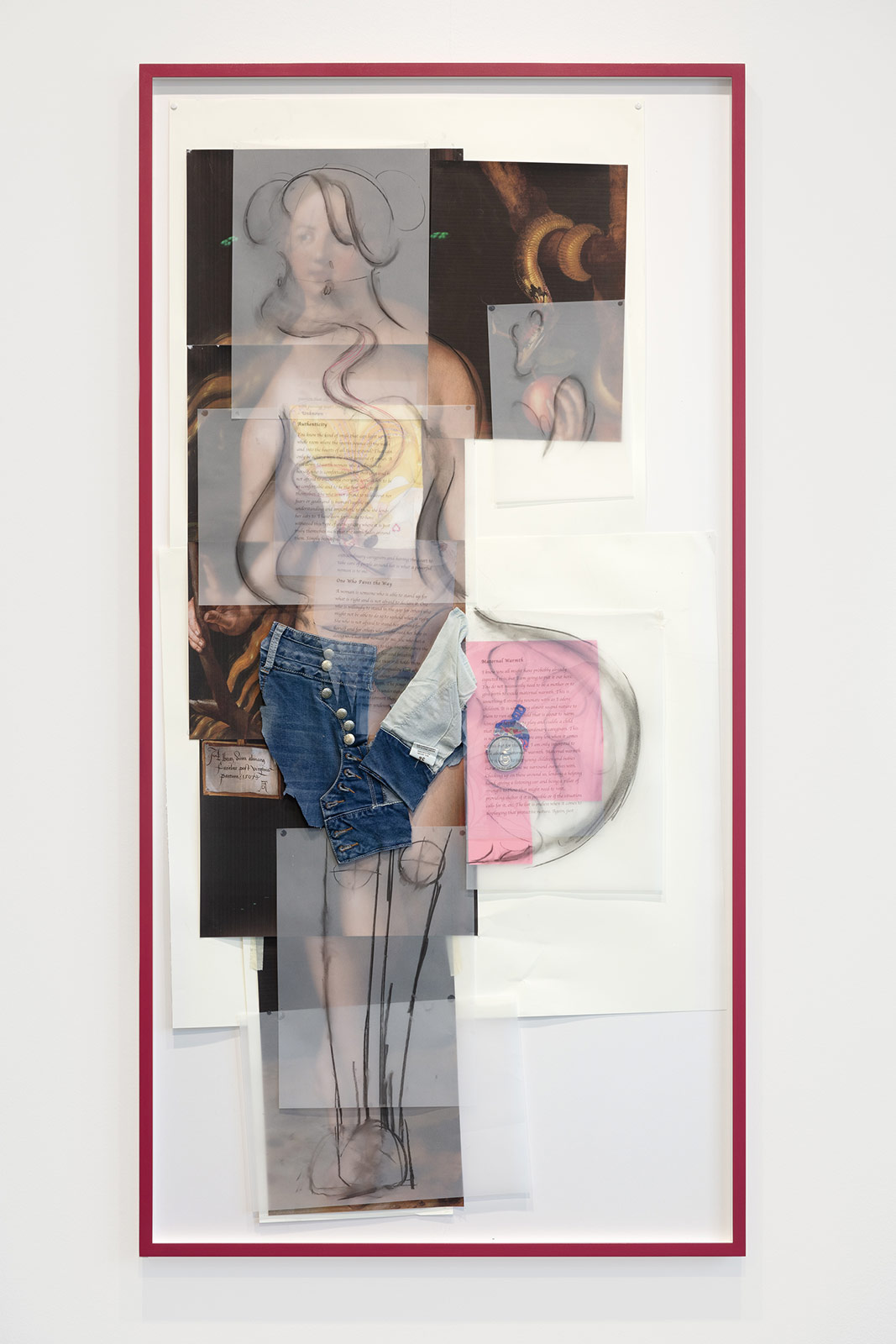 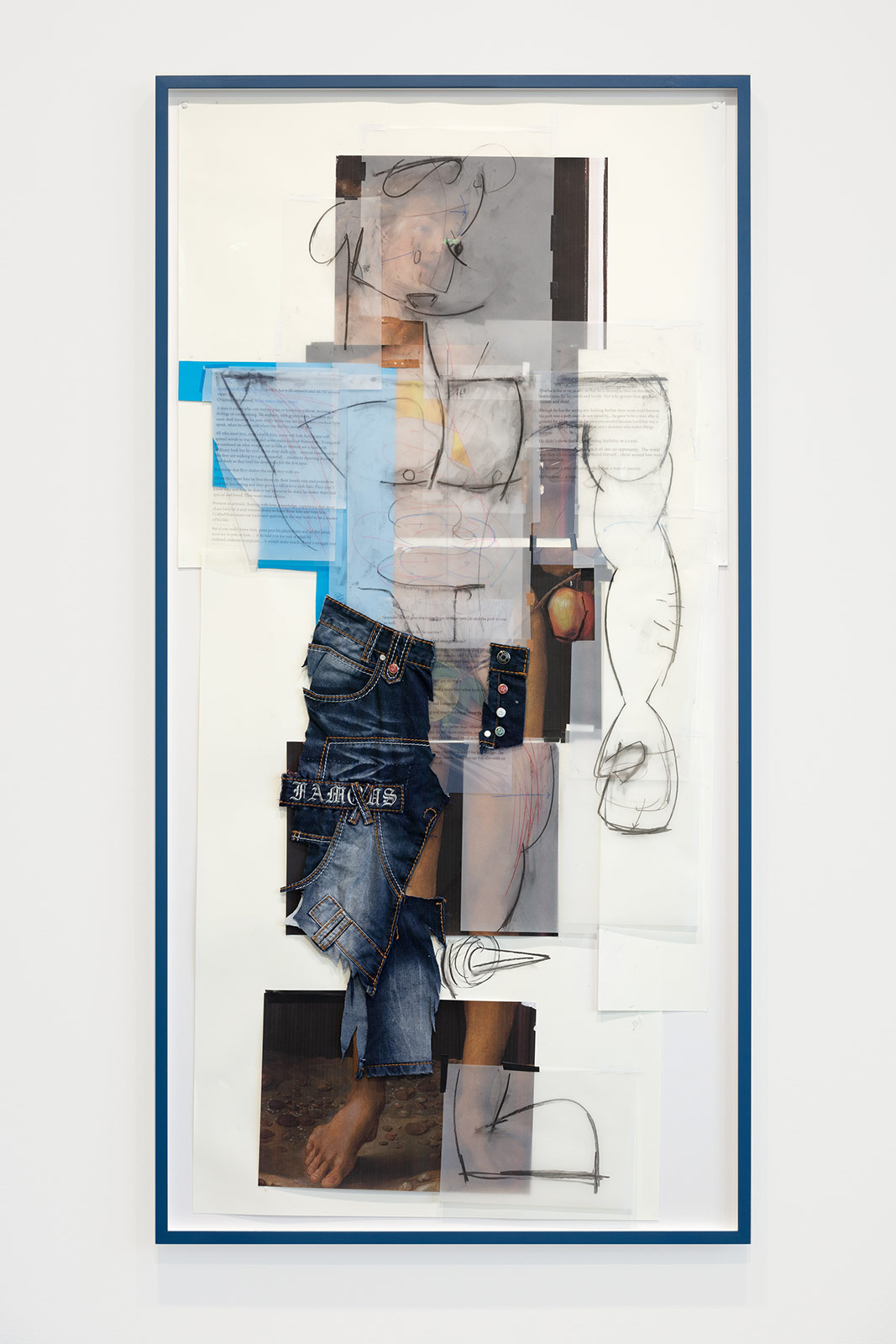 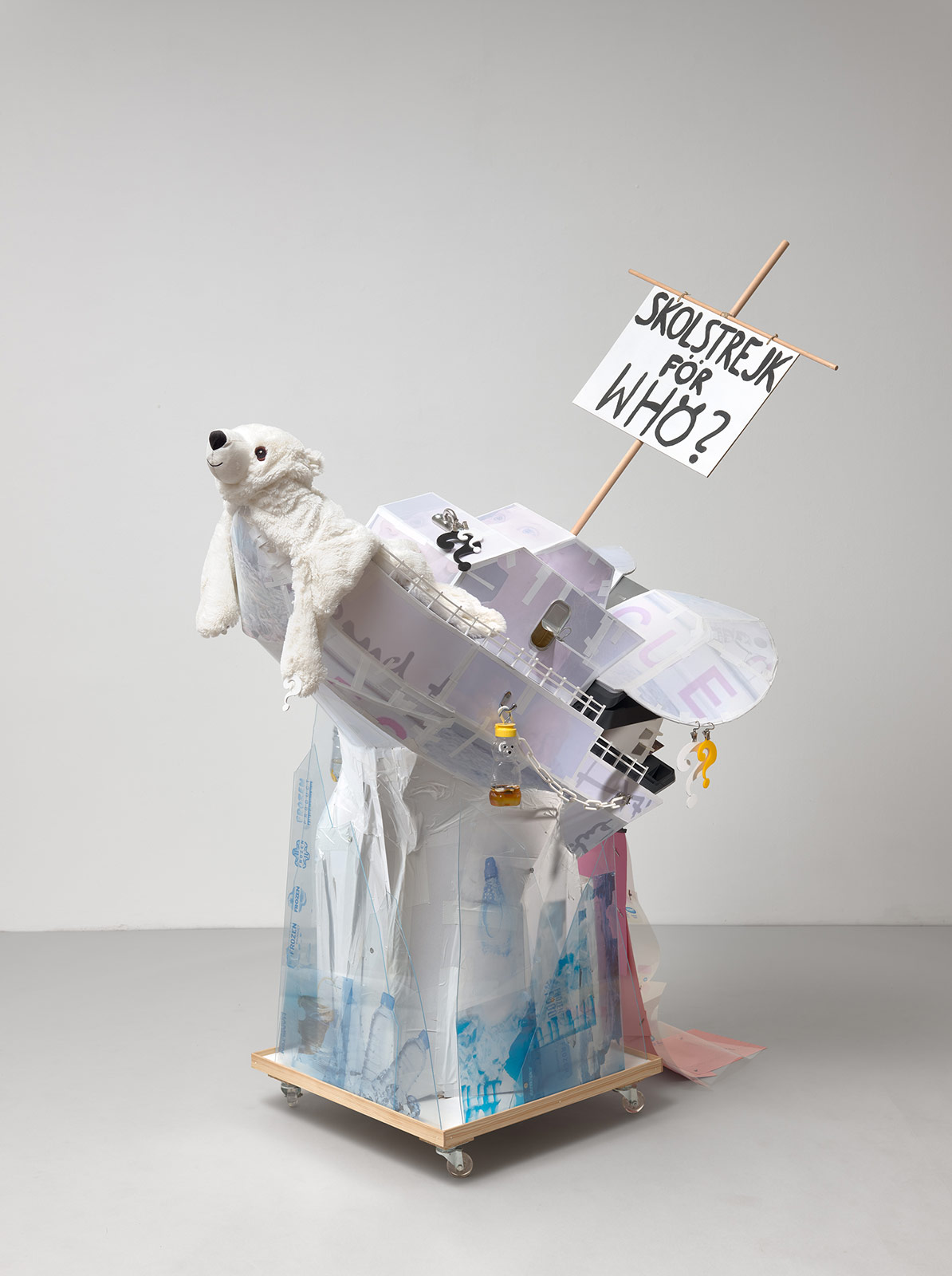 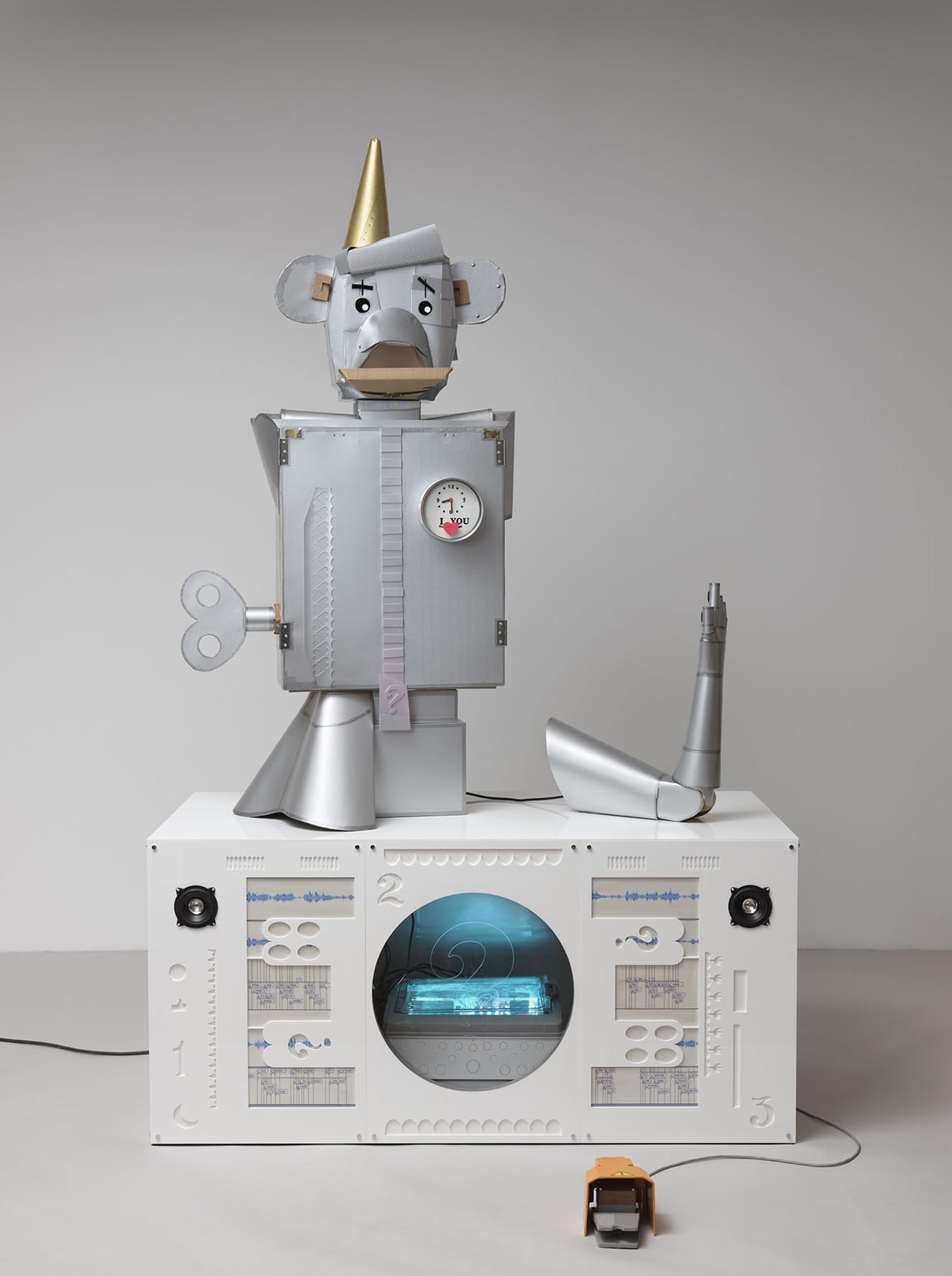 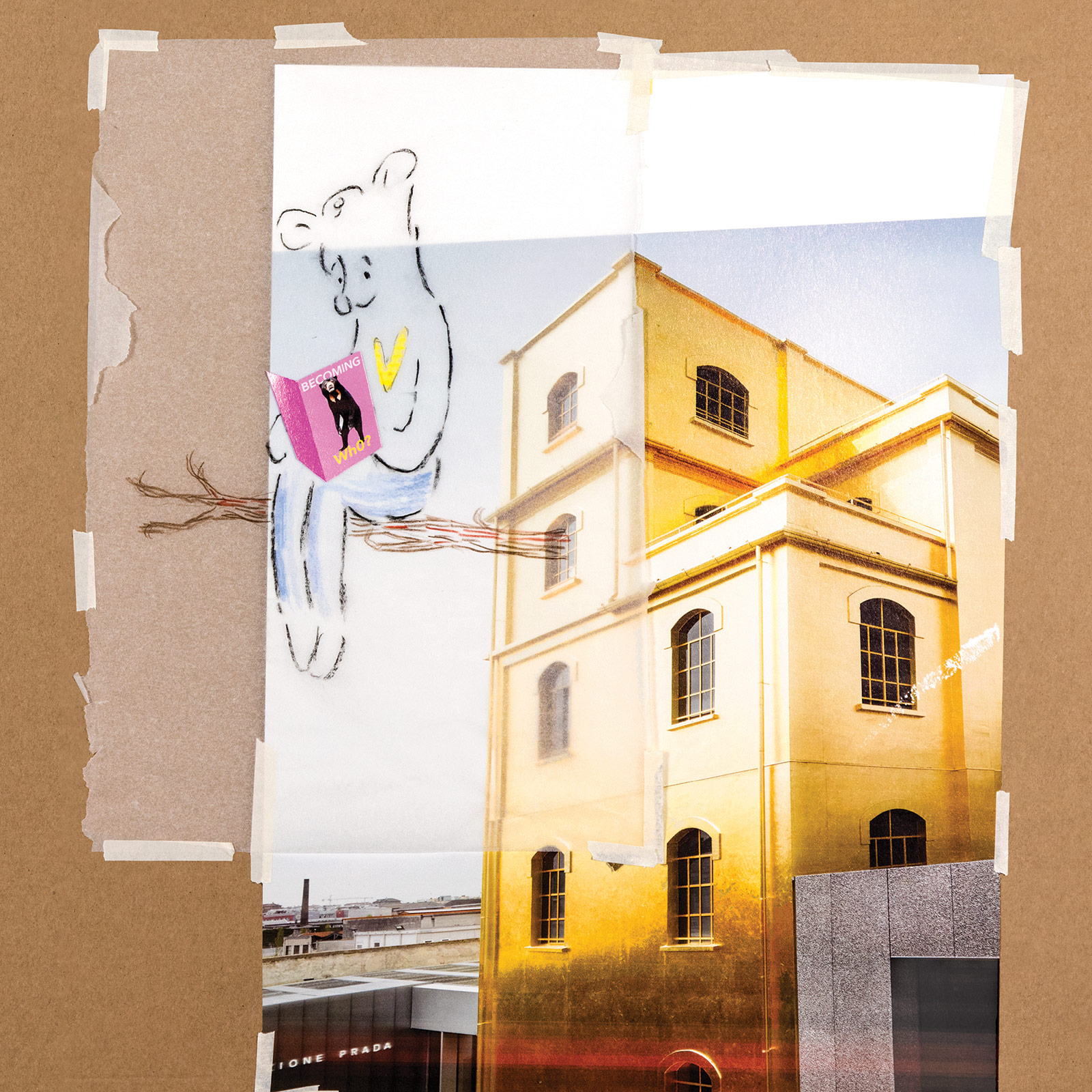