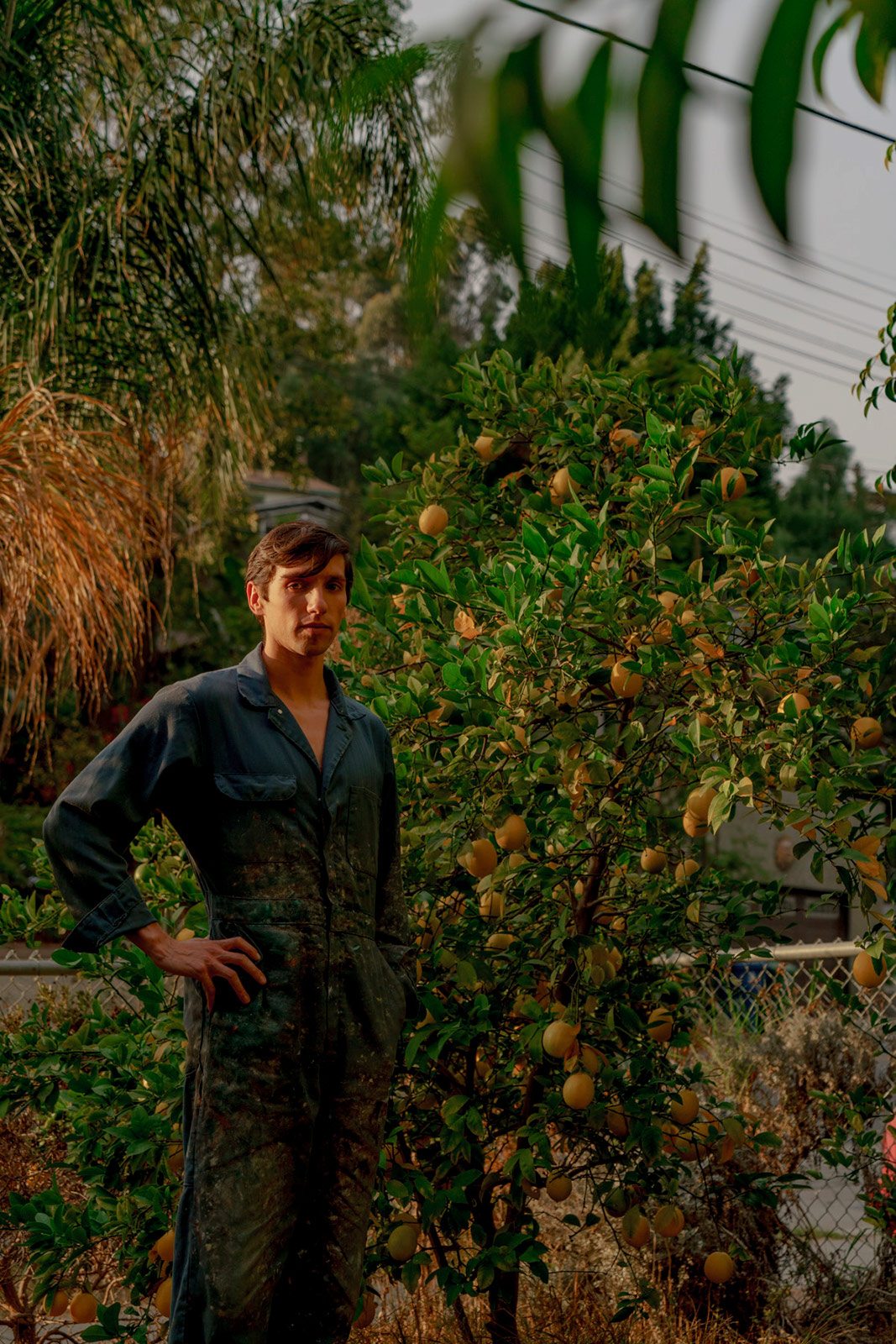 Sergio Miguel (Mexicali, 1992) is a Mexican painter based in Los Angeles. He draws inspiration for his work from his Mexican heritage, the time he spent in Chile, the immediate surroundings and the German New Objectivity movement.
When I met him in his studio-apartment, he was finishing up Patiecito, a painting where an aloe plant and a reproduction of typical Chilean pottery stand on a red tile floor: “The red tile floor is found throughout Latin America. A lot of people, when looking at that floor, will think about their grandmothers’ house”.

When asked about his role models, Sergio picked Frida Kahlo, Pier Paolo Pasolini and Naomi Campbell. Three very strong personalities that he admires for the character and the commitment: “I am more interested in them as individuals, how they are proud of who they are. And my work is an exploration of that (...) the main link with Frida Kahlo is her ‘mexicanidad’, Pasolini was a radical gay man living in a Catholic country and Naomi Campbell is just fabulous. She’s a black woman that climbed to the top of an industry where she was not supposed to be part of”.

As a queer artist, Sergio is interested in portraying people that have not been historically represented. He is working on portraits of queer friends and he sees a little bit of himself in each of them. It is like a series of body-doubles echoing biographical stories and anecdotes. While he tries to be as faithful as possible to the subjects portrayed, there aren’t many variations on the pose, and the backgrounds come mostly from his imagination.

Apart from this exploration of the self, he would like to realize a big scale painting, experimenting with poses and shading: “I am imagining a lot of people sitting at a dinner table. I would paint them facing the viewer (...) like the last supper but without the religious content”. 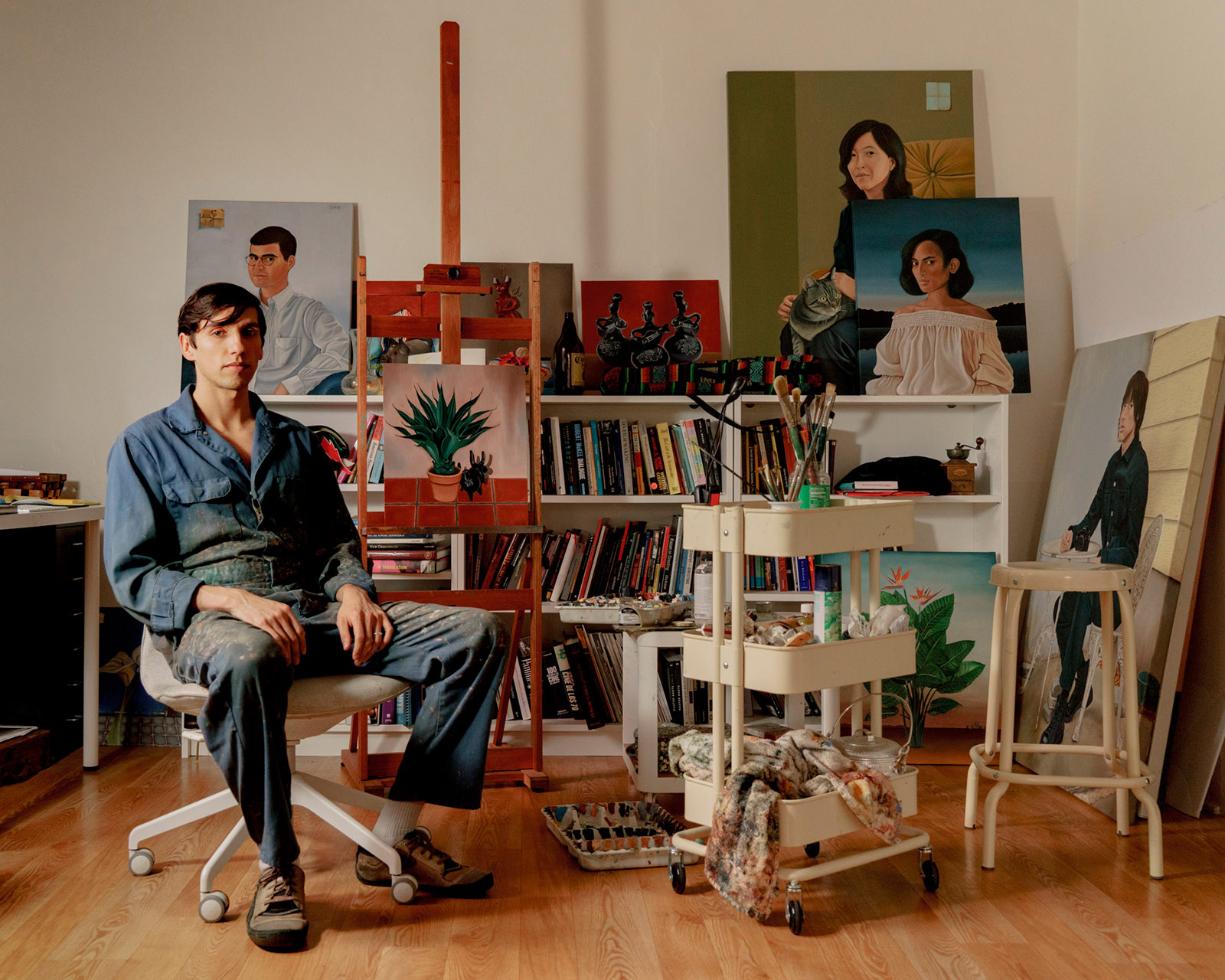 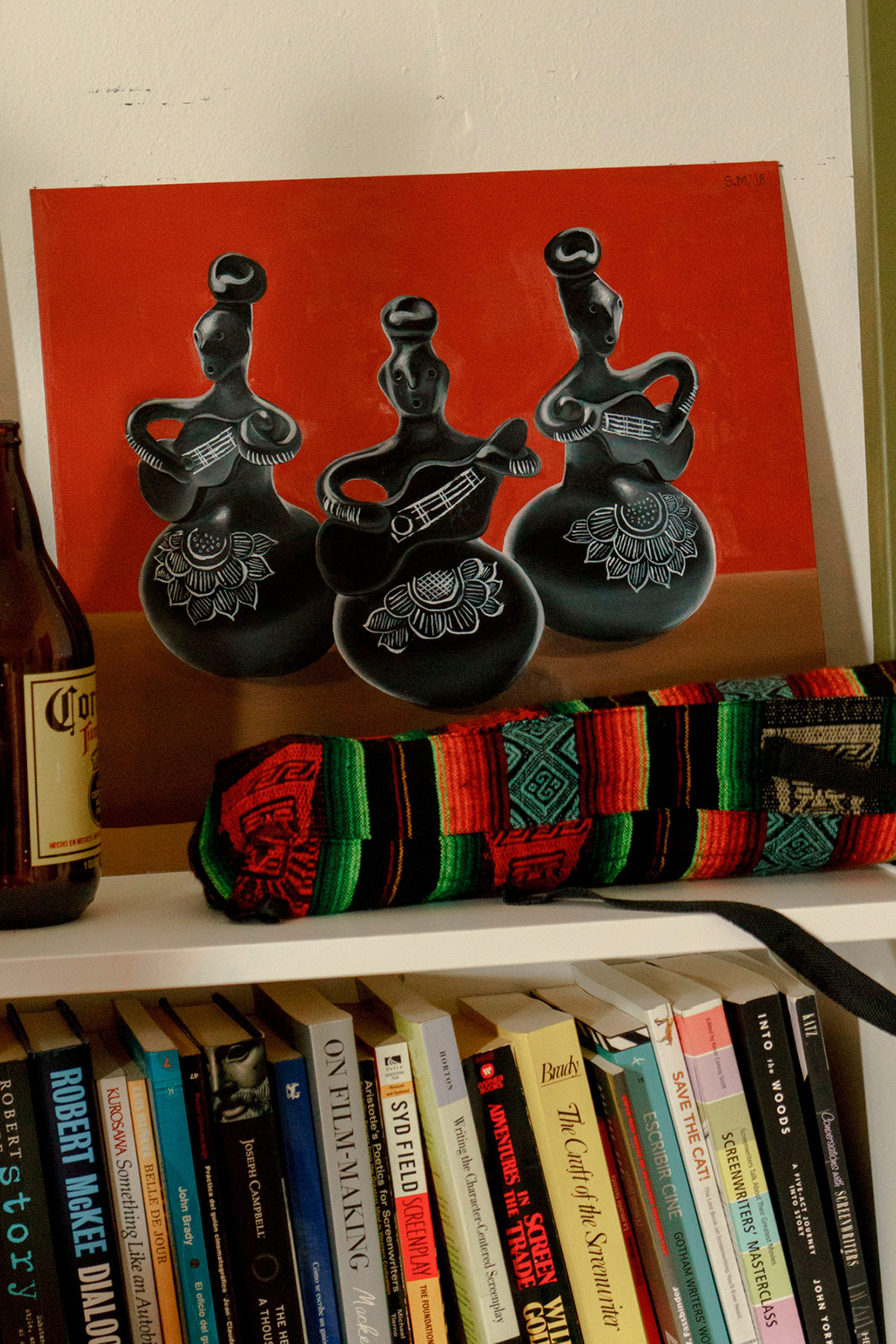 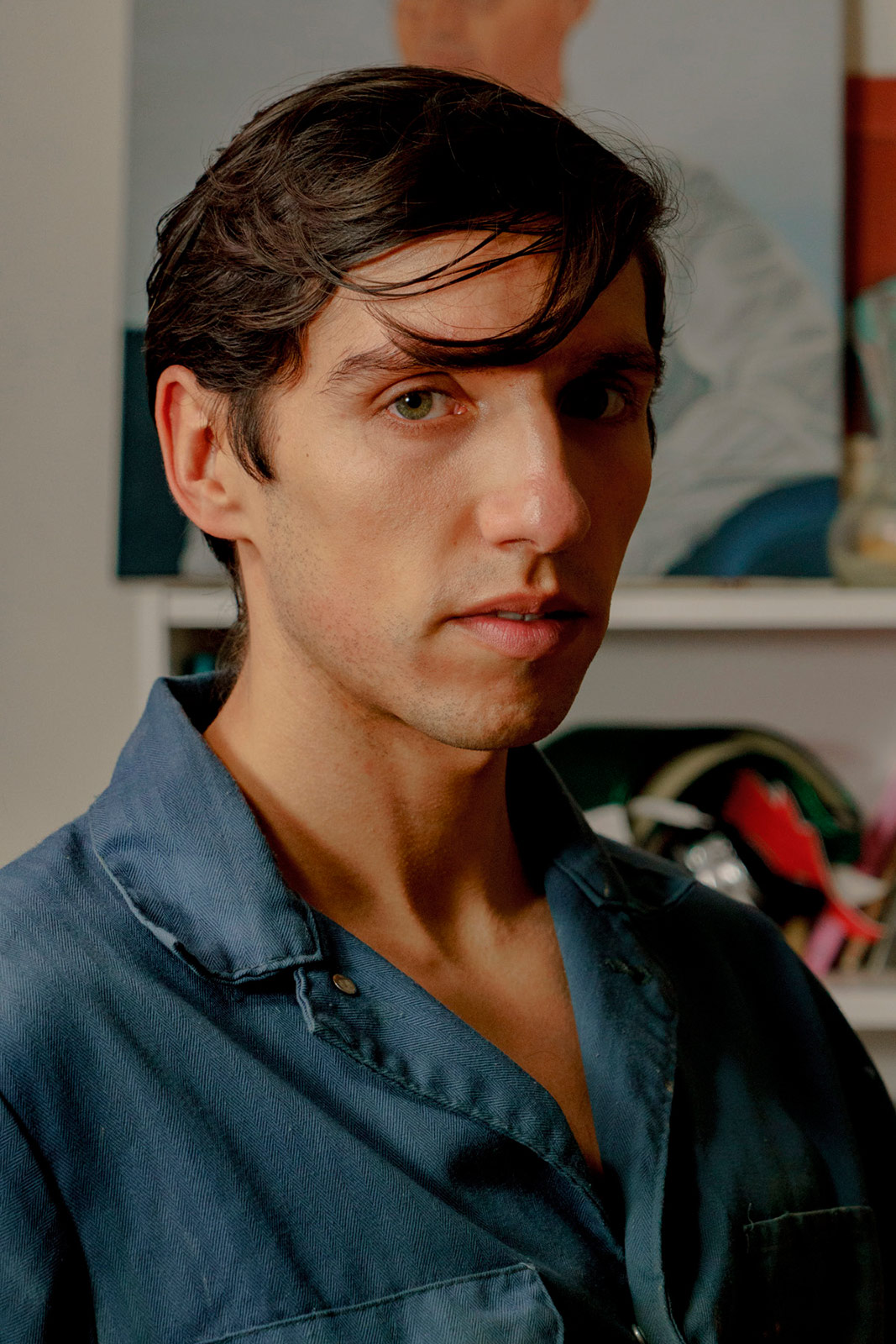 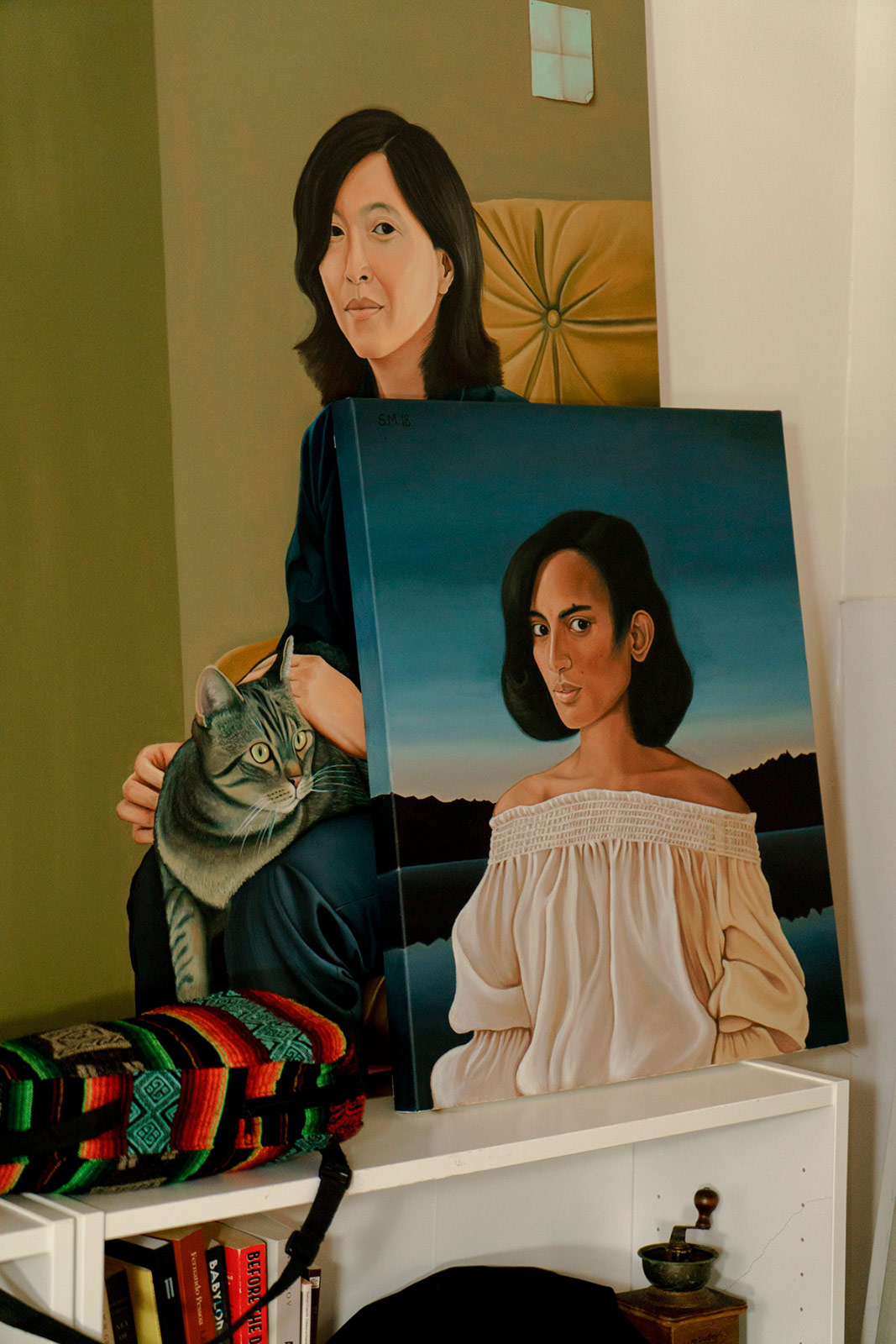 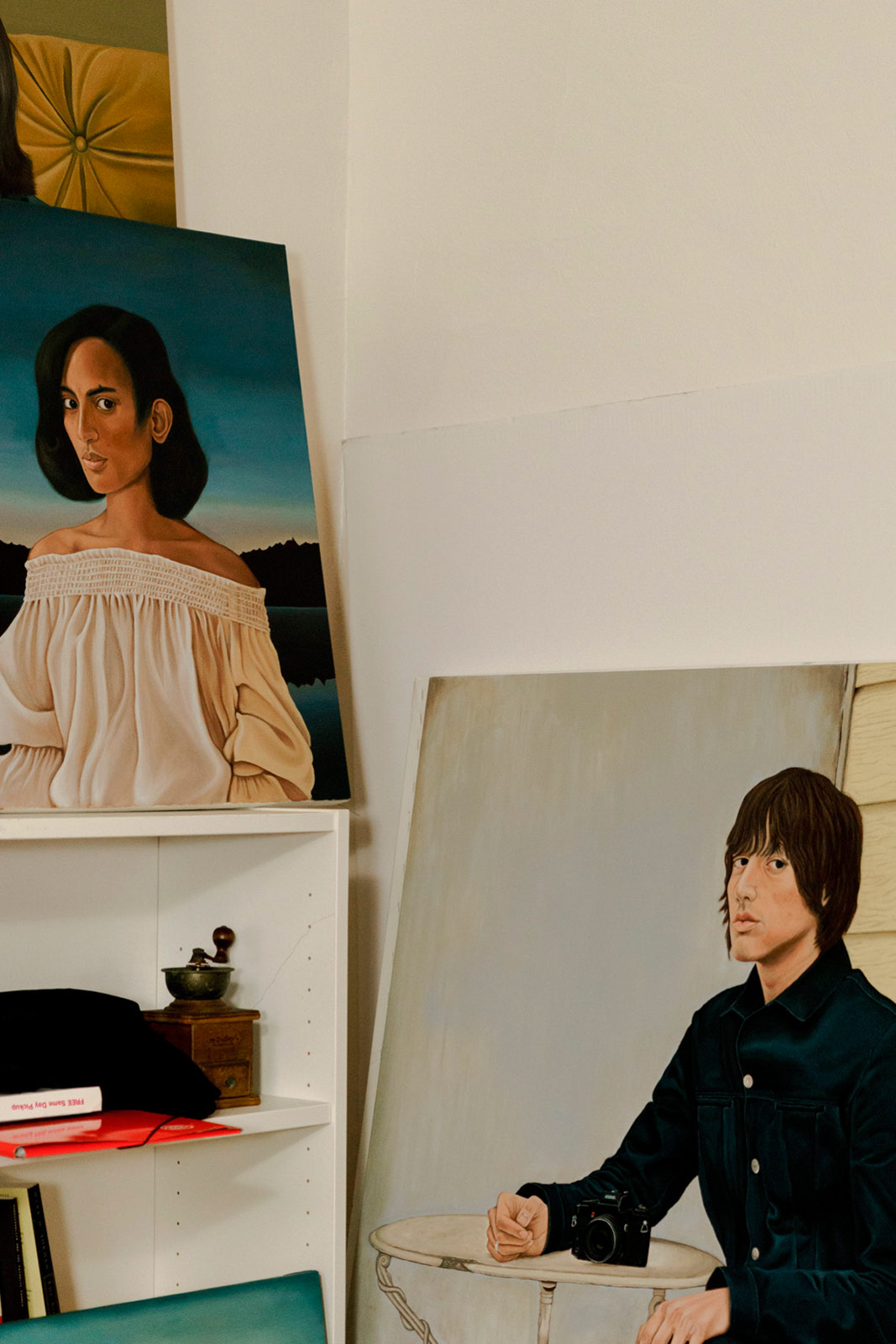 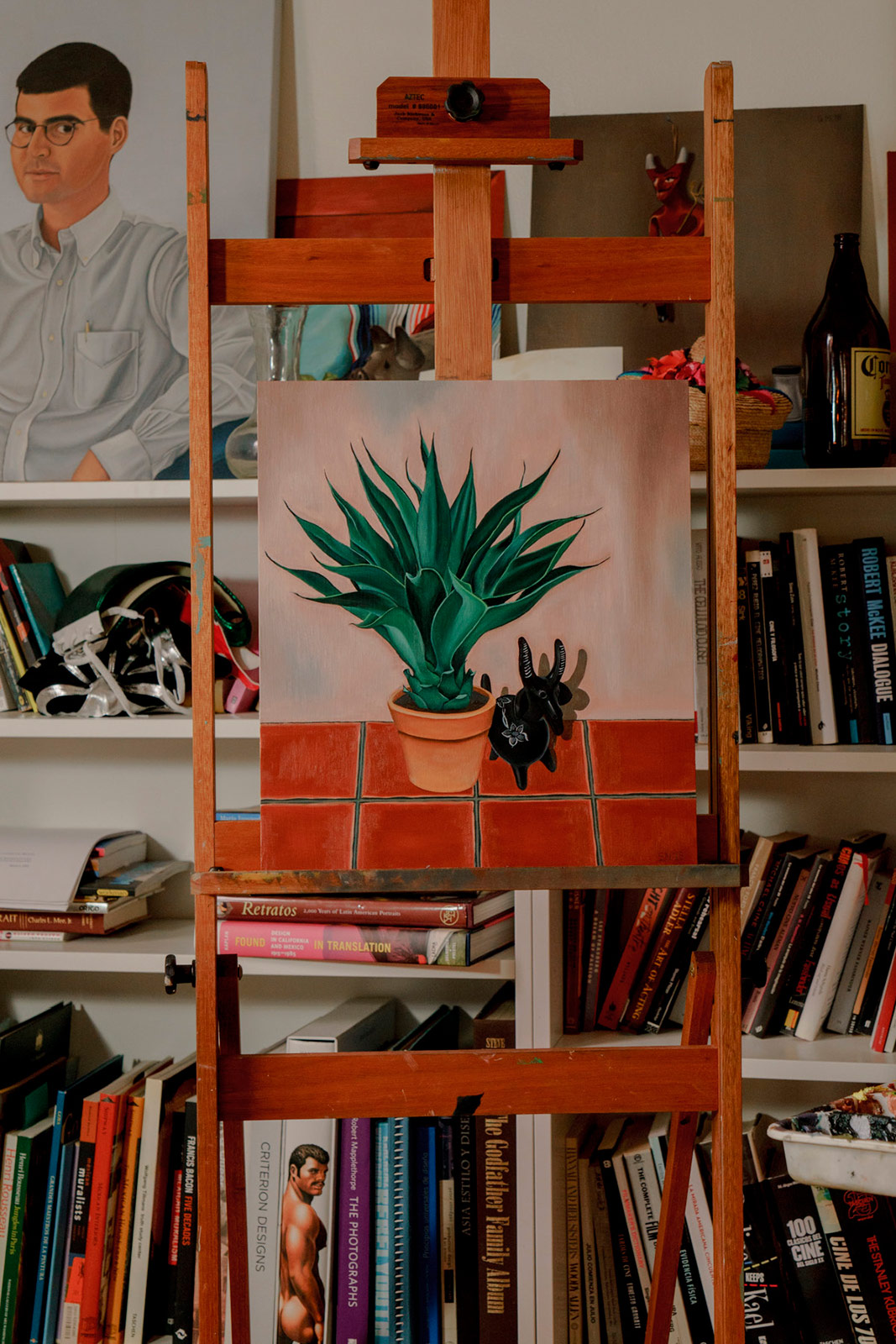 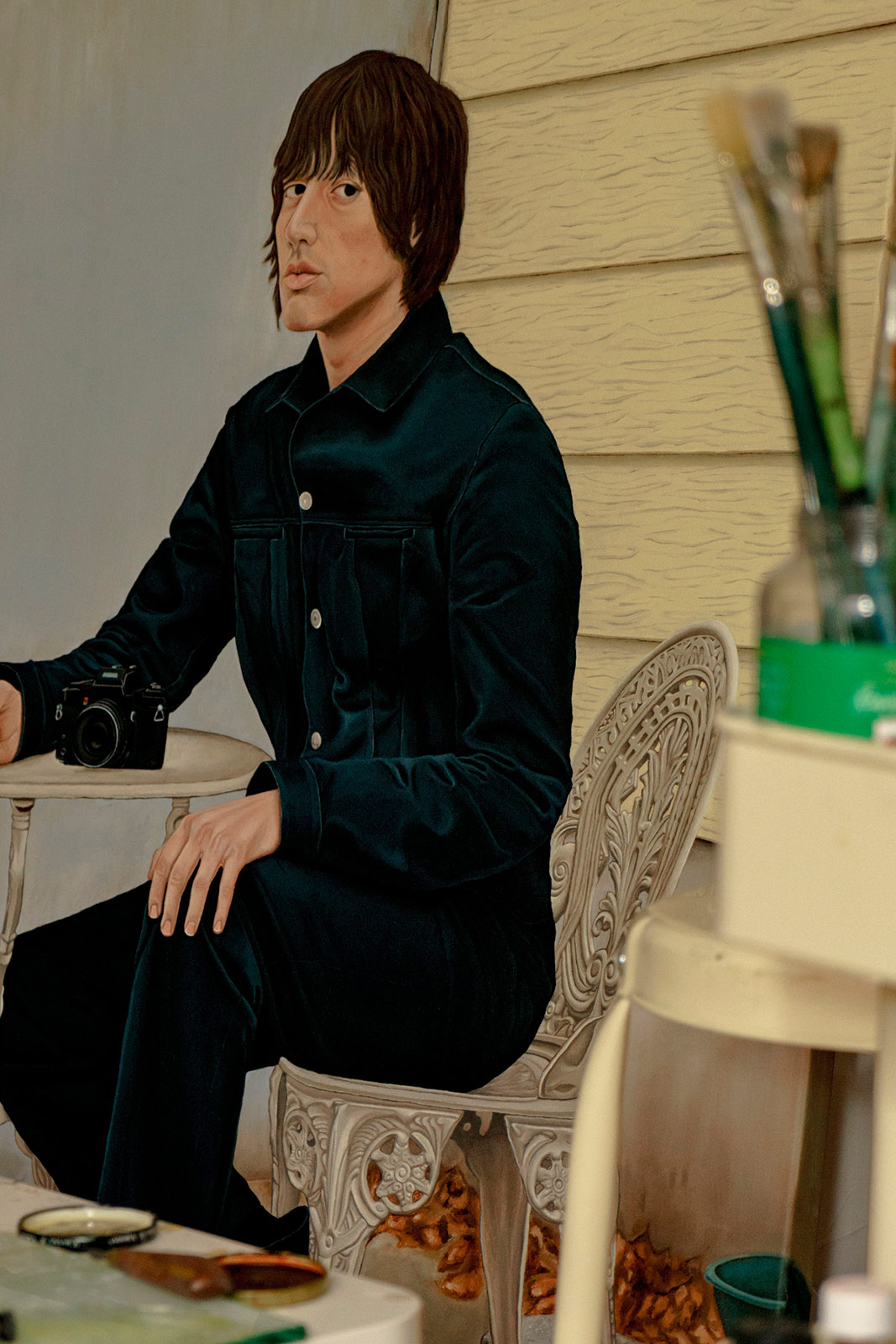 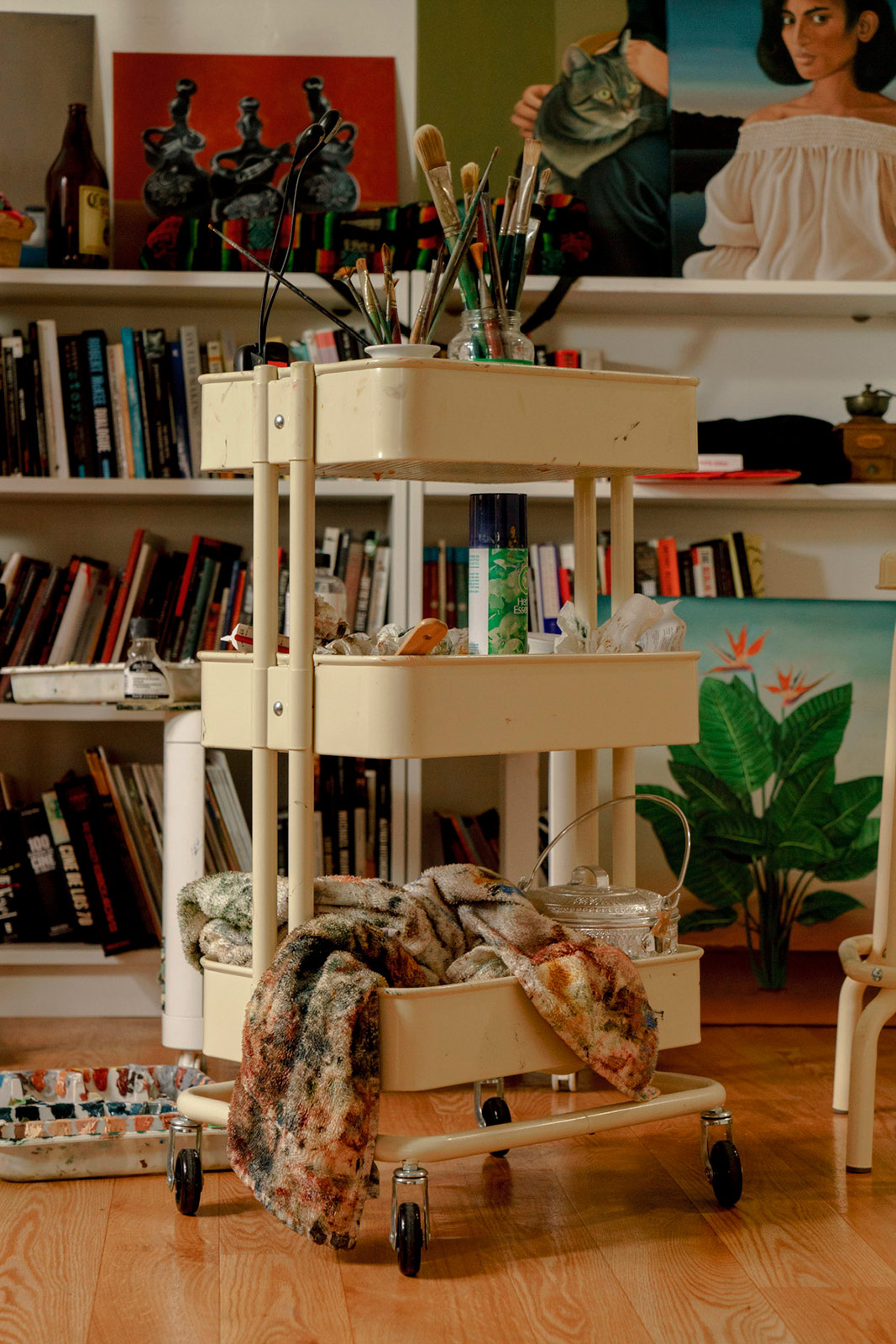 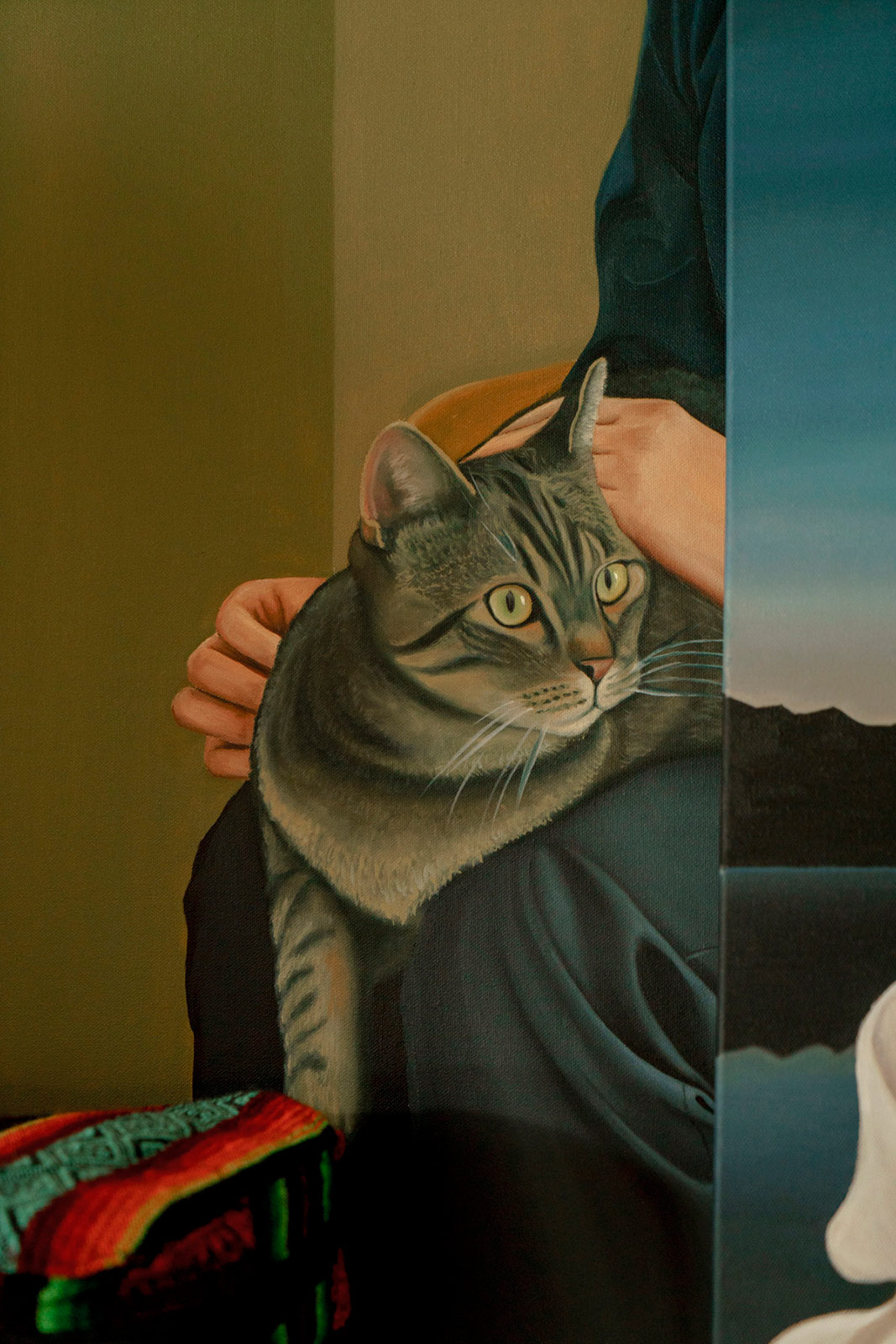 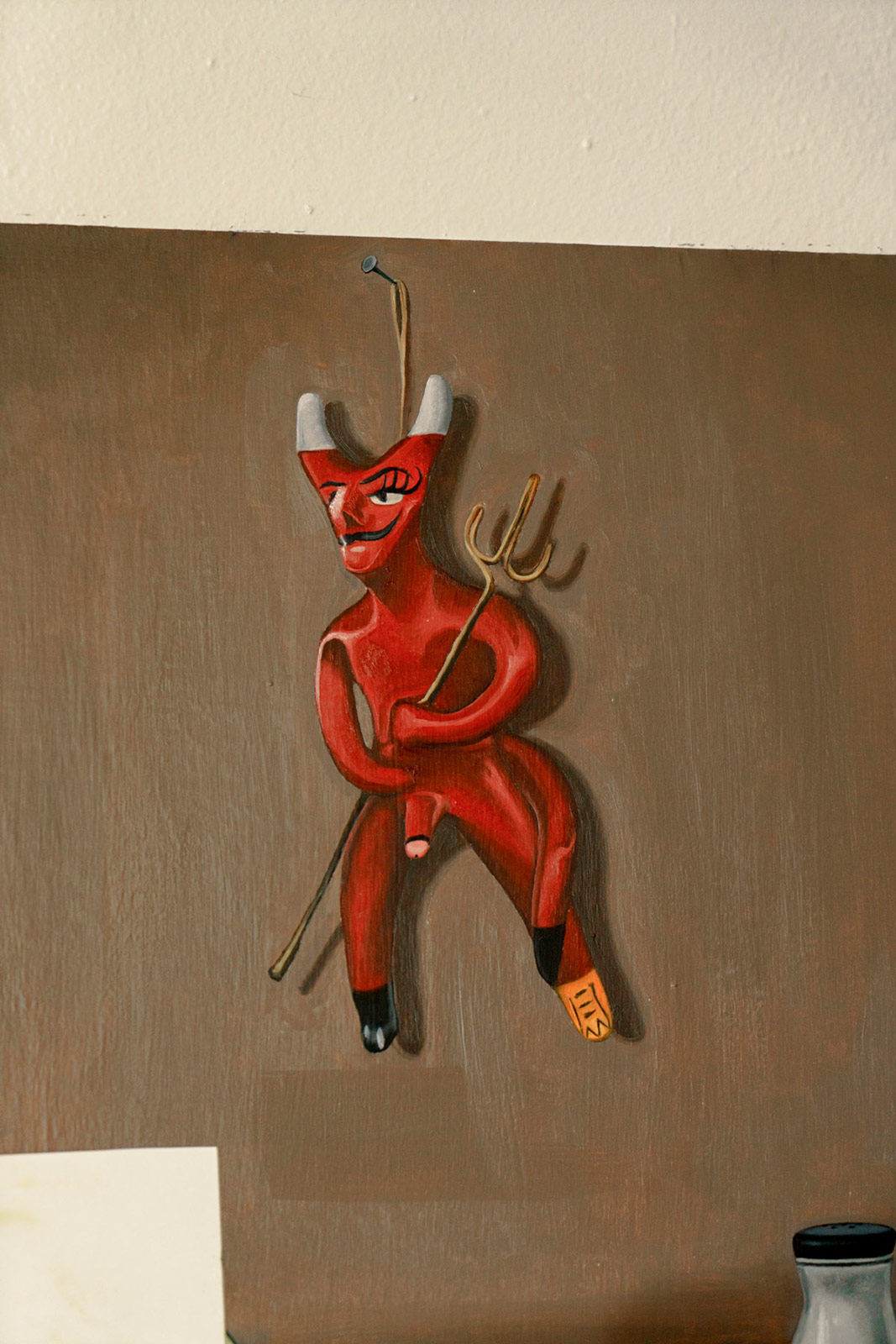 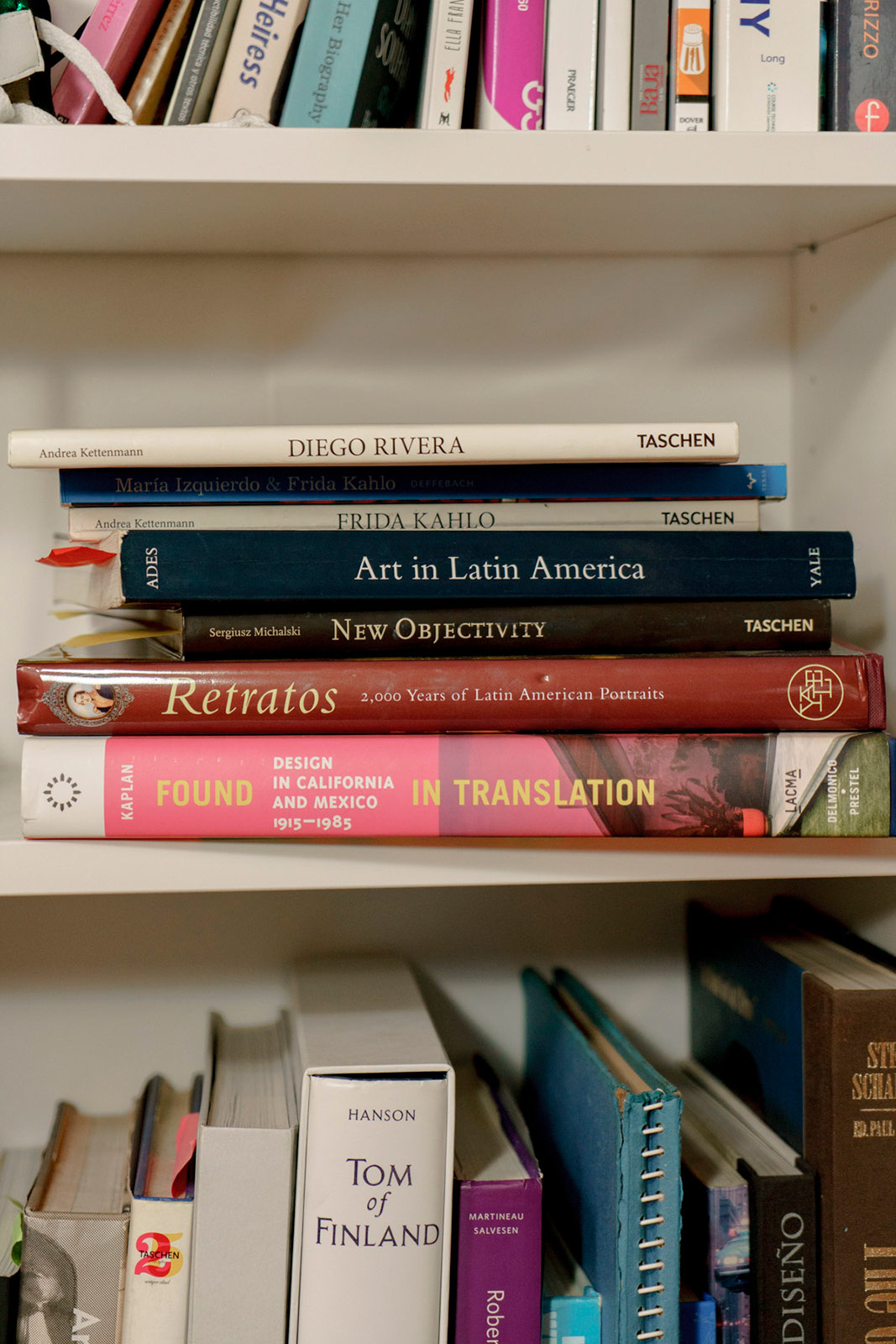 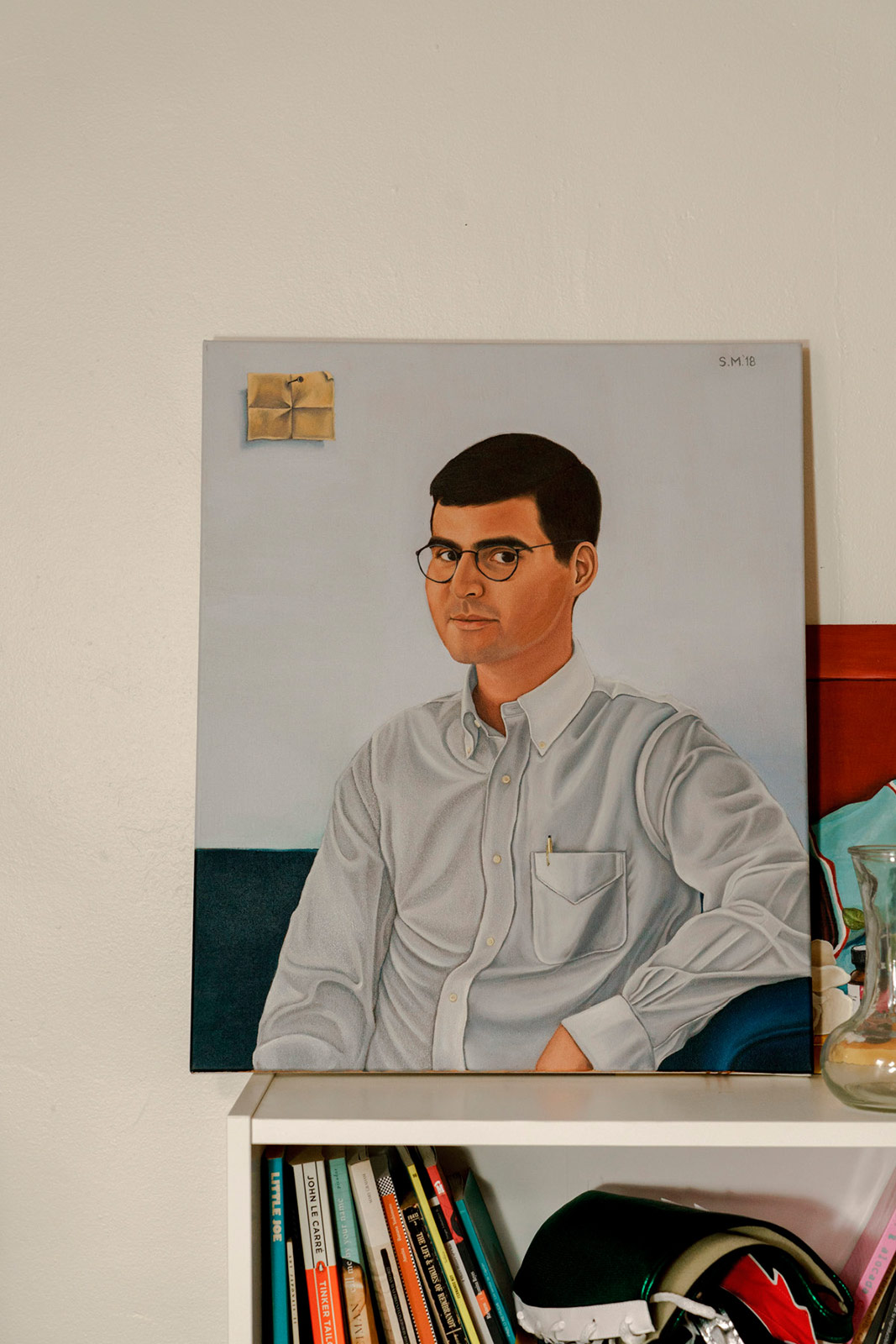 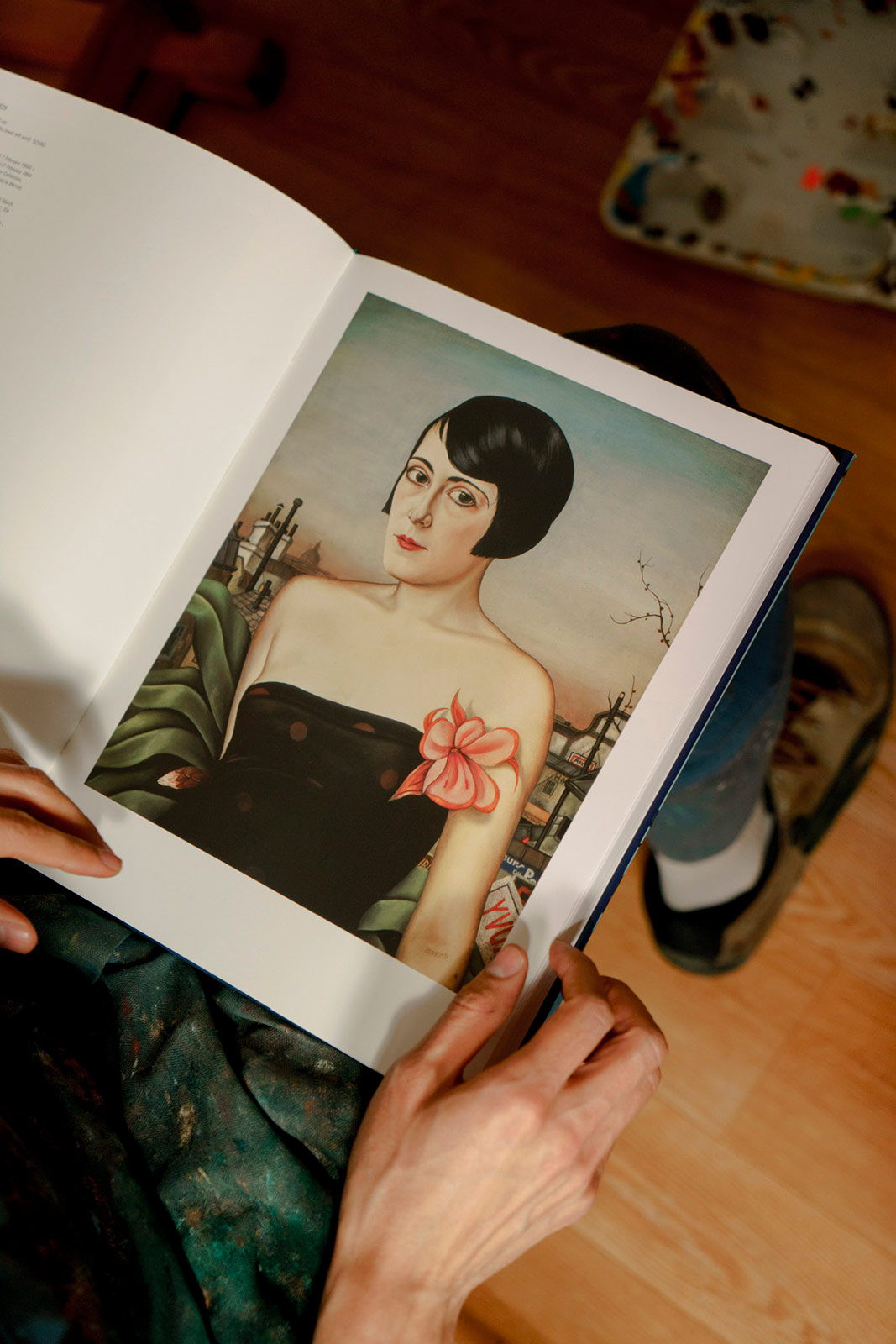 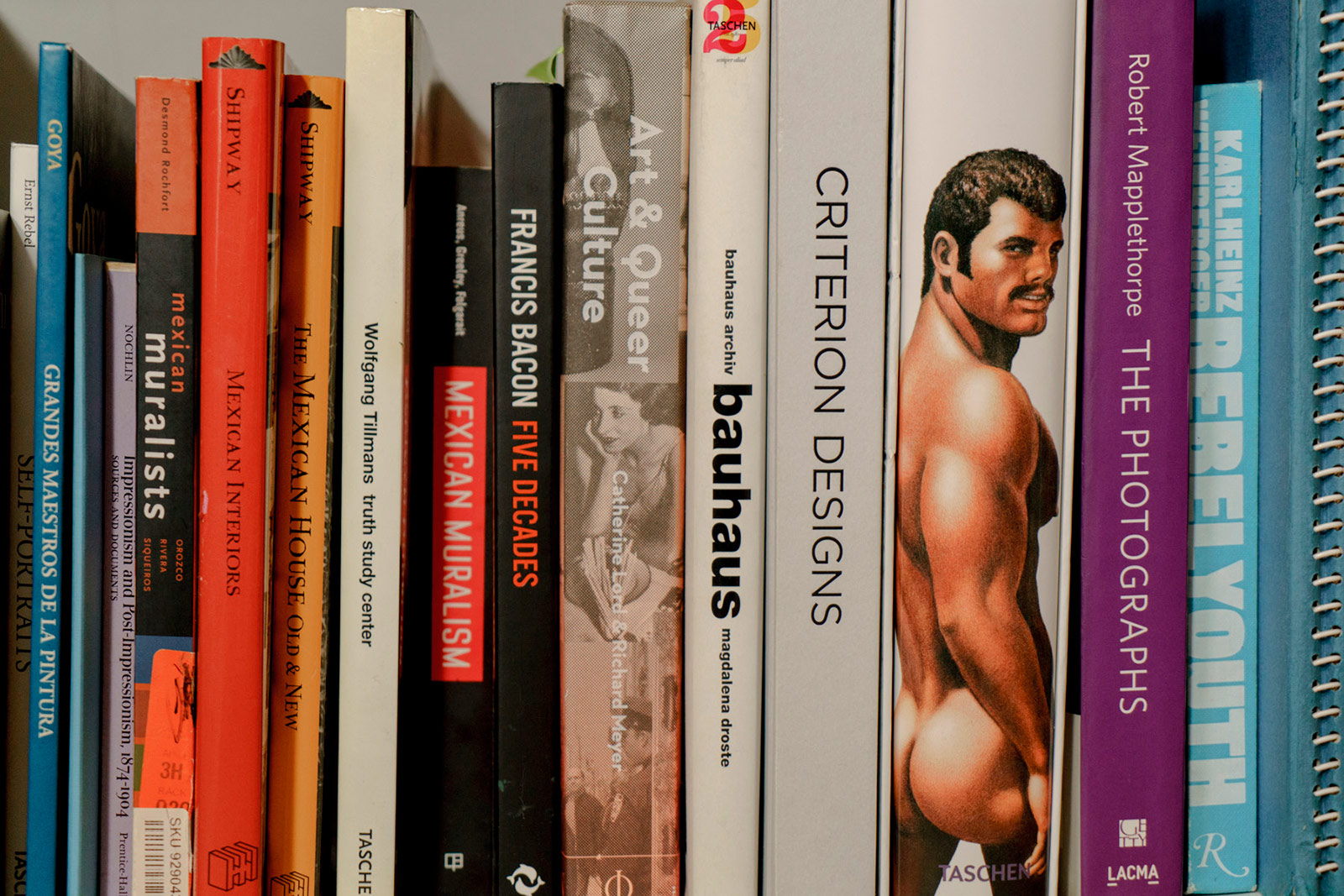 Words and photography
Riccardo Banfi
Special thanks to Elisa Frasca