How will I know you 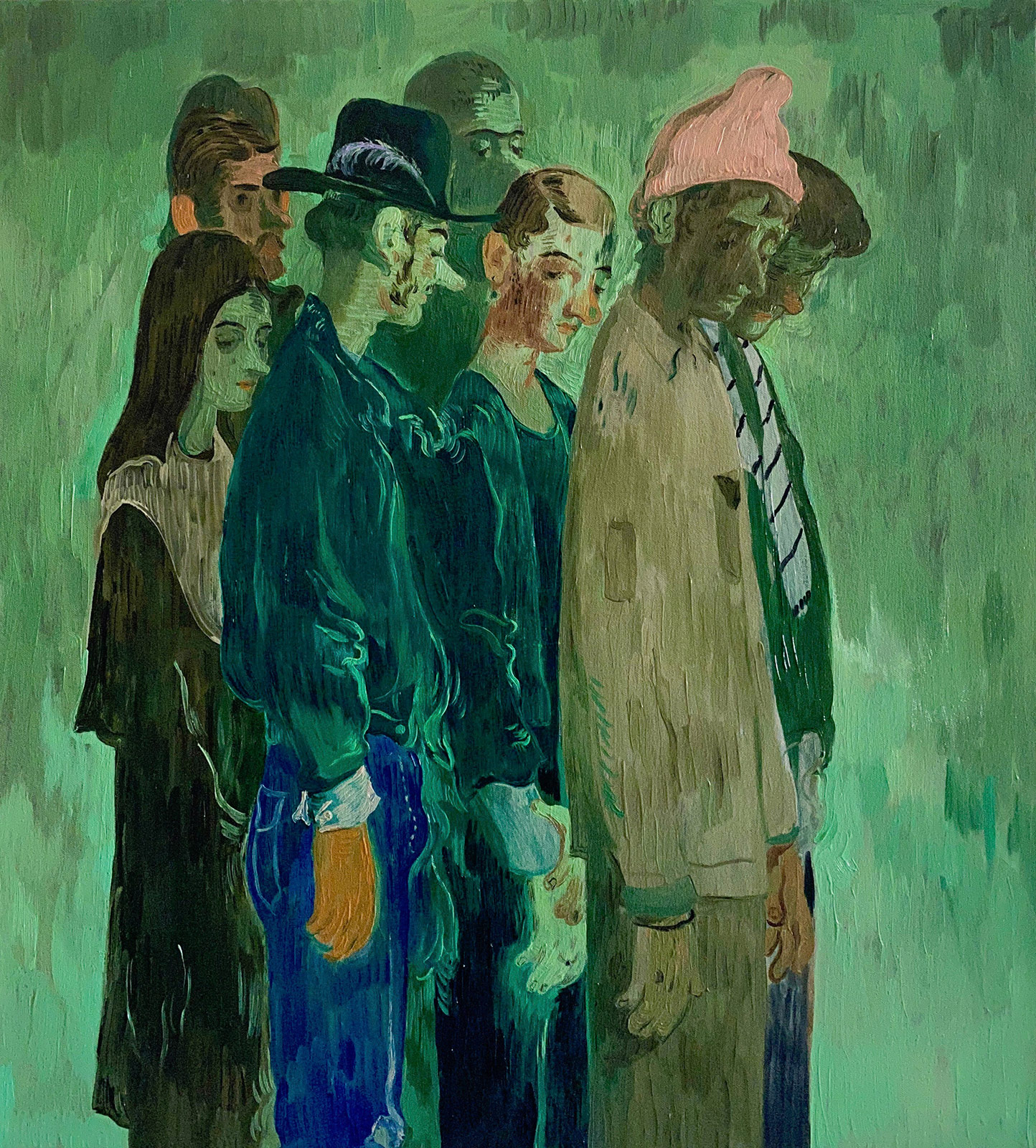 New York-based Pakistani artist Salman Toor paints the intimate snapshots of the imagined lives of young, queer Brown men residing between New York City and South Asia. Toor’s new and recent oil paintings were supposed to be on display at The Whitney Museum of American Art from March 20th to July 5th, 2020. However, the artist’s first-ever institutional solo show, How Will I Know, has been postponed due to the Covid-19 pandemic until next Fall.
Salman Toor grew up in a middle-class household in Lahore, Pakistan. “I was one of those early freak cases, so my parents had to prepare themselves for an unusual career path. I drew at home, I drew in class. I drew when I was being punished for drawing,” the artist told Polychrome magazine. After the first 14 years of his life in Pakistan, Toor moved from “uptight colonial all-boys high school” in Lahore to suburban Ohio and graduated from Ohio Wesleyan University with a BFA, before graduating from The Pratt Institute with an MFA.

In the languid town of Delaware, Ohio, Toor obsessed over the works of Baroque, Rococo, and Neoclassical-era artists. Before he started painting narrative scenes that were tinged with lived experiences, Toor’s work leaned towards figurative painting, reminiscing the style of European Old Masters. “I really envisioned that I was going to spend my life doing that. There are lots of people who do that, and they can be very good, but really – you can just do that and die. You could never be as good as [Diego] Velázquez, and even if you are, it was done,” he told W Magazine in the run-up to his now postponed show at The Whitney Museum.

From queer bohemian gatherings to puppy dates, intimate bedroom scenes and crowded pubs; Toor's autofictional narrative paintings depict seemingly mundane and the everyday. His fascination with the mundane sprung from the compositions he created from local advertisements in Pakistan. “Ads as illustrations of aspiration, of people’s wishes were something that defined a society so completely for me that, in a place where identity is a constant subject for questioning and art, I couldn’t resist using them,” he explained in an interview. “Ads as reality improved, more vivid, more beautiful. These ads contained a lot of the seemingly mundane situations,” something Toor saw as a parallel to genre painting. “I like to transform those seemingly mundane situations into something more prescient.”

For Toor, the body is a tool of meditation, the site of memory, a fantasy. He is not interested in extreme abstraction. “When I draw, my wrist or elbow naturally traces the lines of a body though the image can move between abstraction and representation.” Tour’s figures, materialised in Van Gogh-esque swirling patterns, are surrounded by the life itself. Tour’s bodies lounge in downtown apartments (Four Friends, 2019), sway to the music in The Bar of East 13th Street (2019), sip cocktails, and take smartphone pictures, dressed in lavish garments. Rendered in colour green, Toor’s apartment scenes destroy the stereotypes surrounding Brown men. After creating his first green painting in 2019, Toor has started using the colour to depict “a space of self; for enhancing the self.”

Toor’s depictions of the ephemerality of life are tinged with reality, angst, anxiety. His brush materialises the Western world’s fears of immigrants and the ultimate freedom of bohemian life in New York, with an aim to incorporate Brown men into “the language of the humanities.” 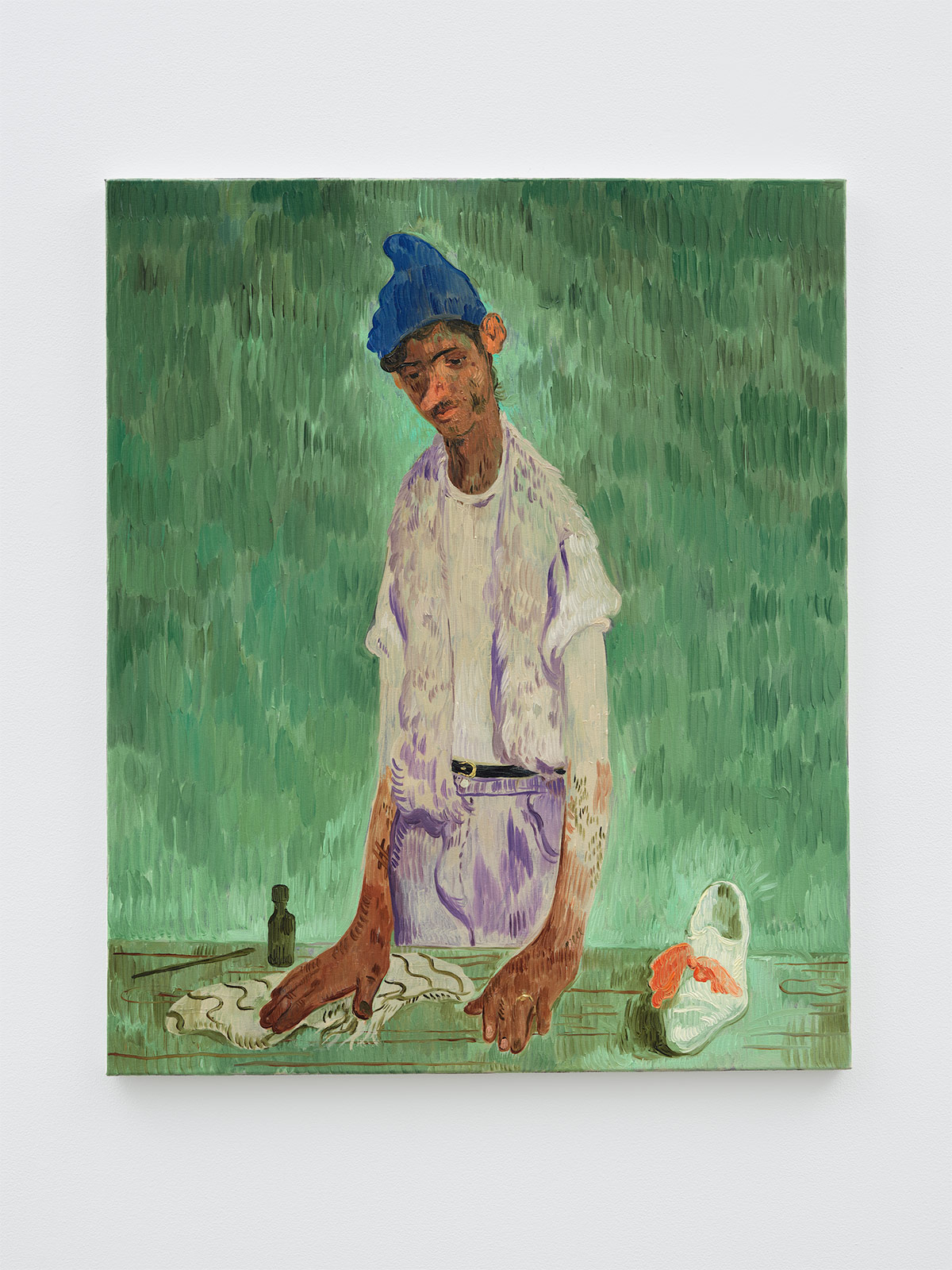 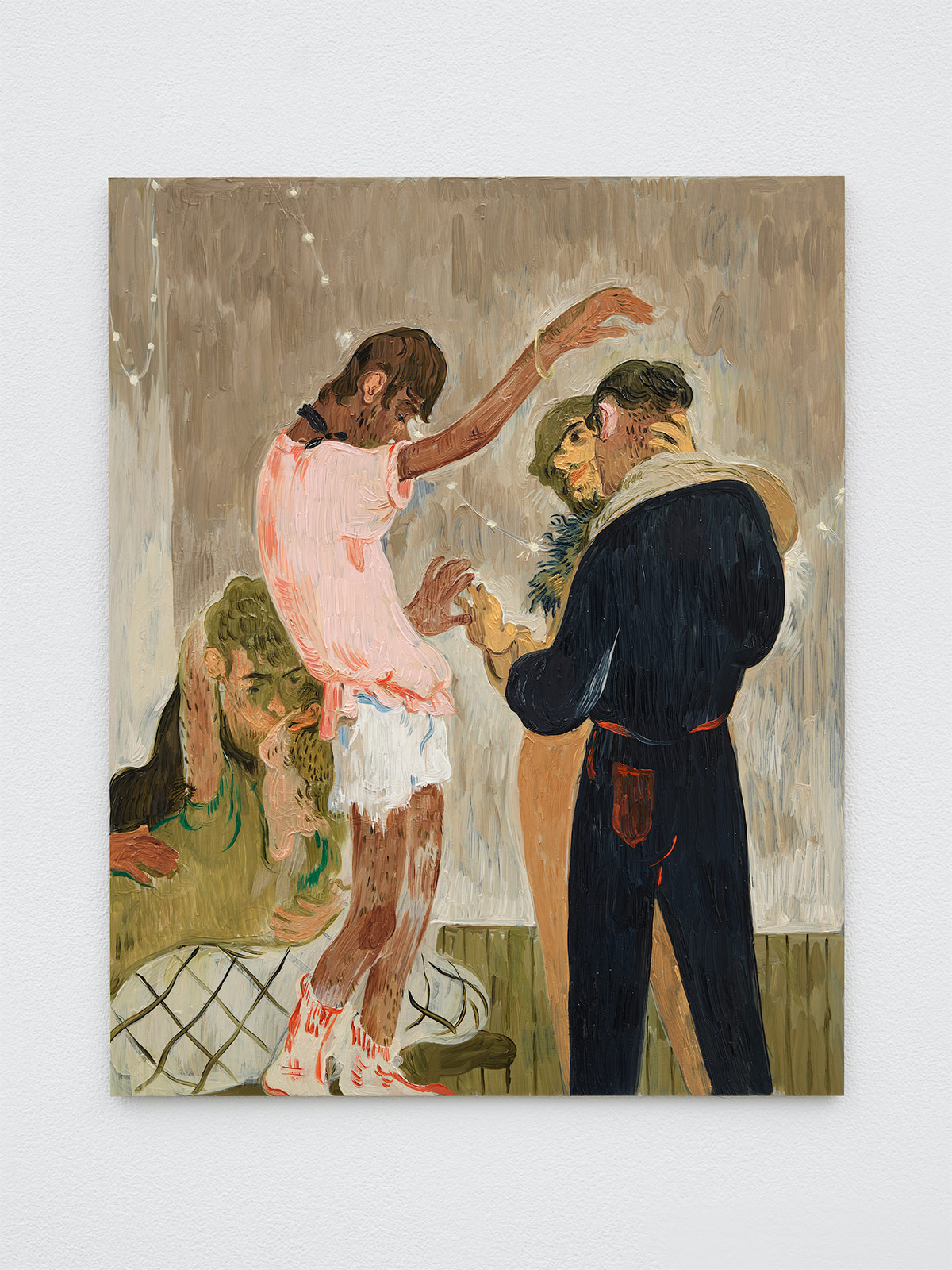 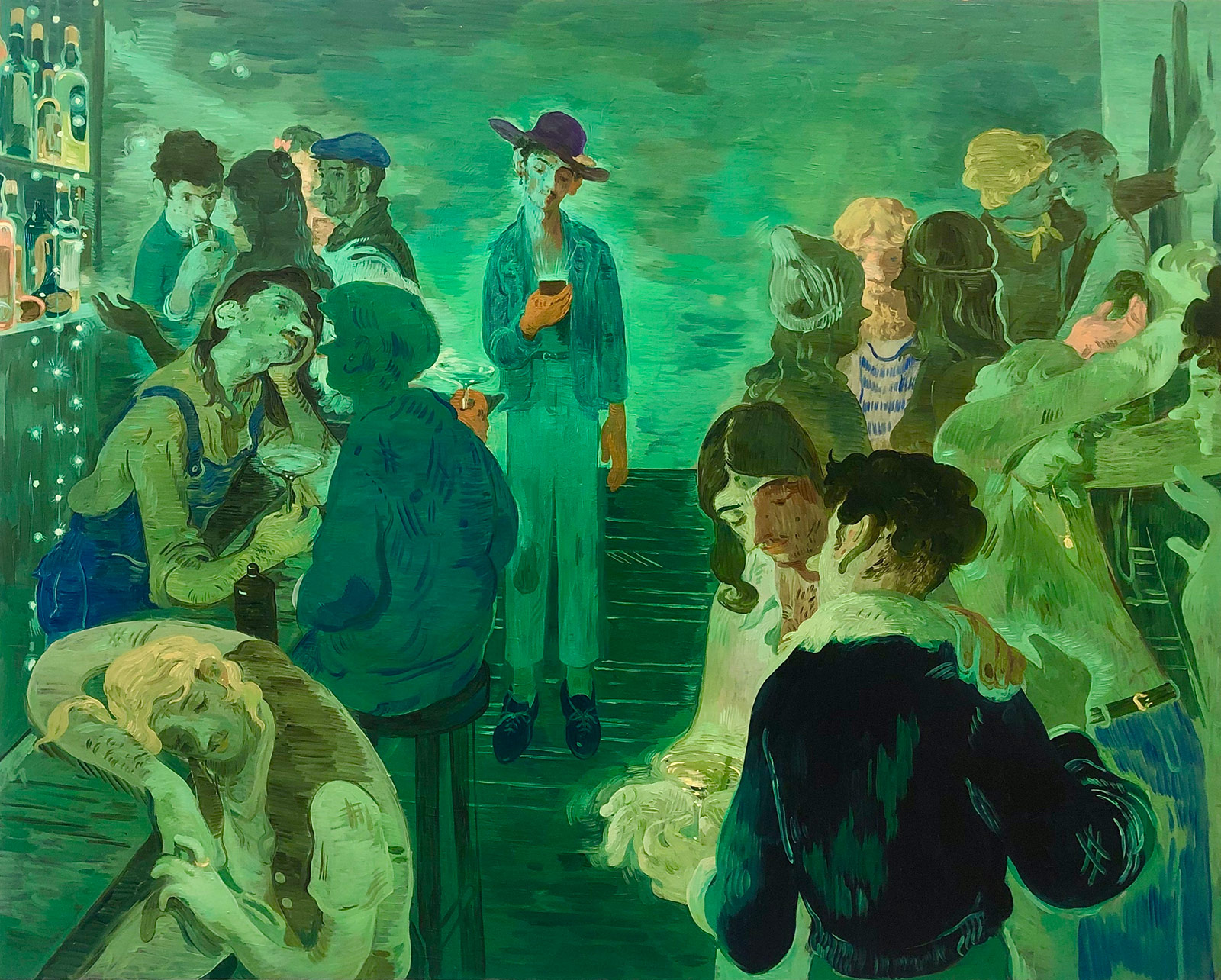 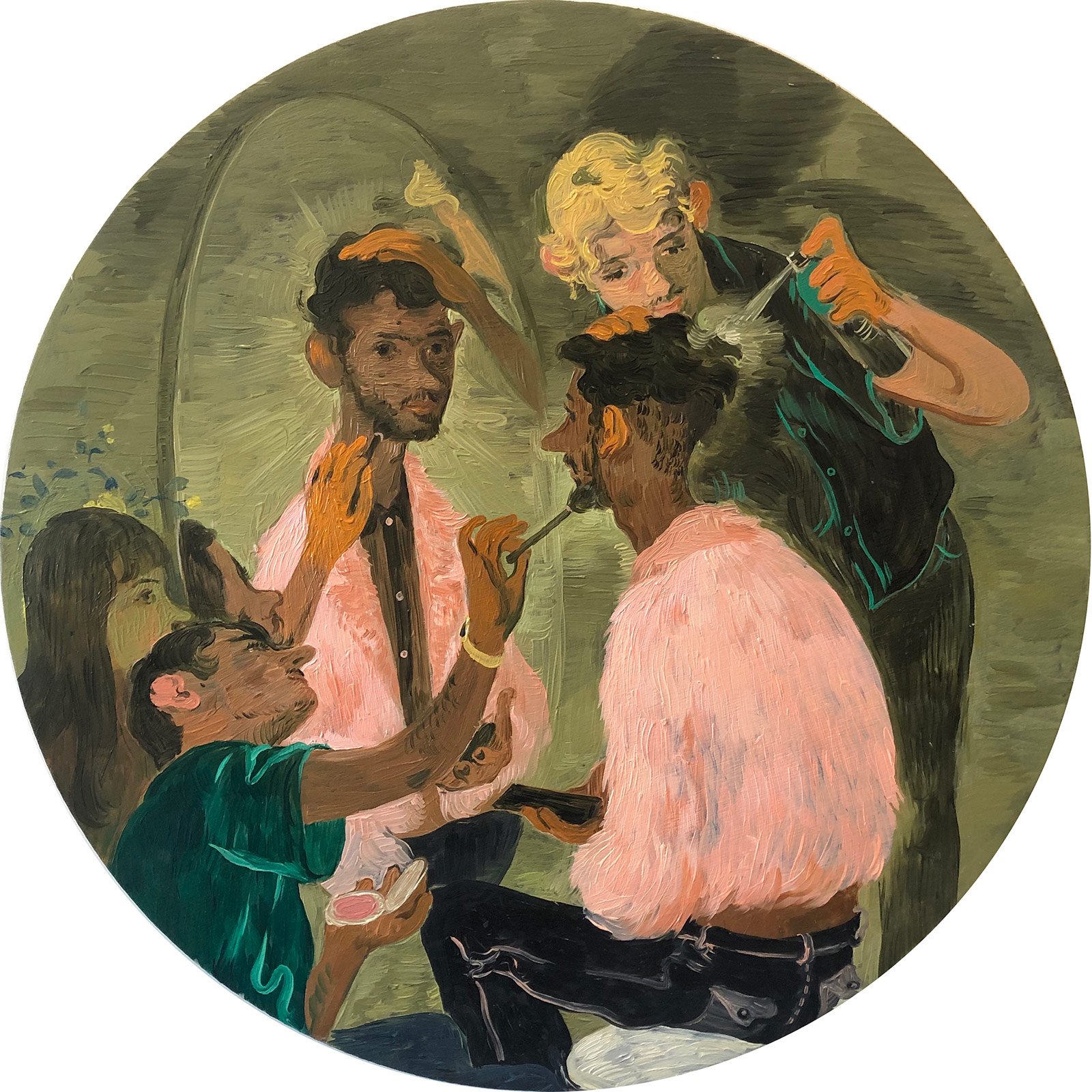 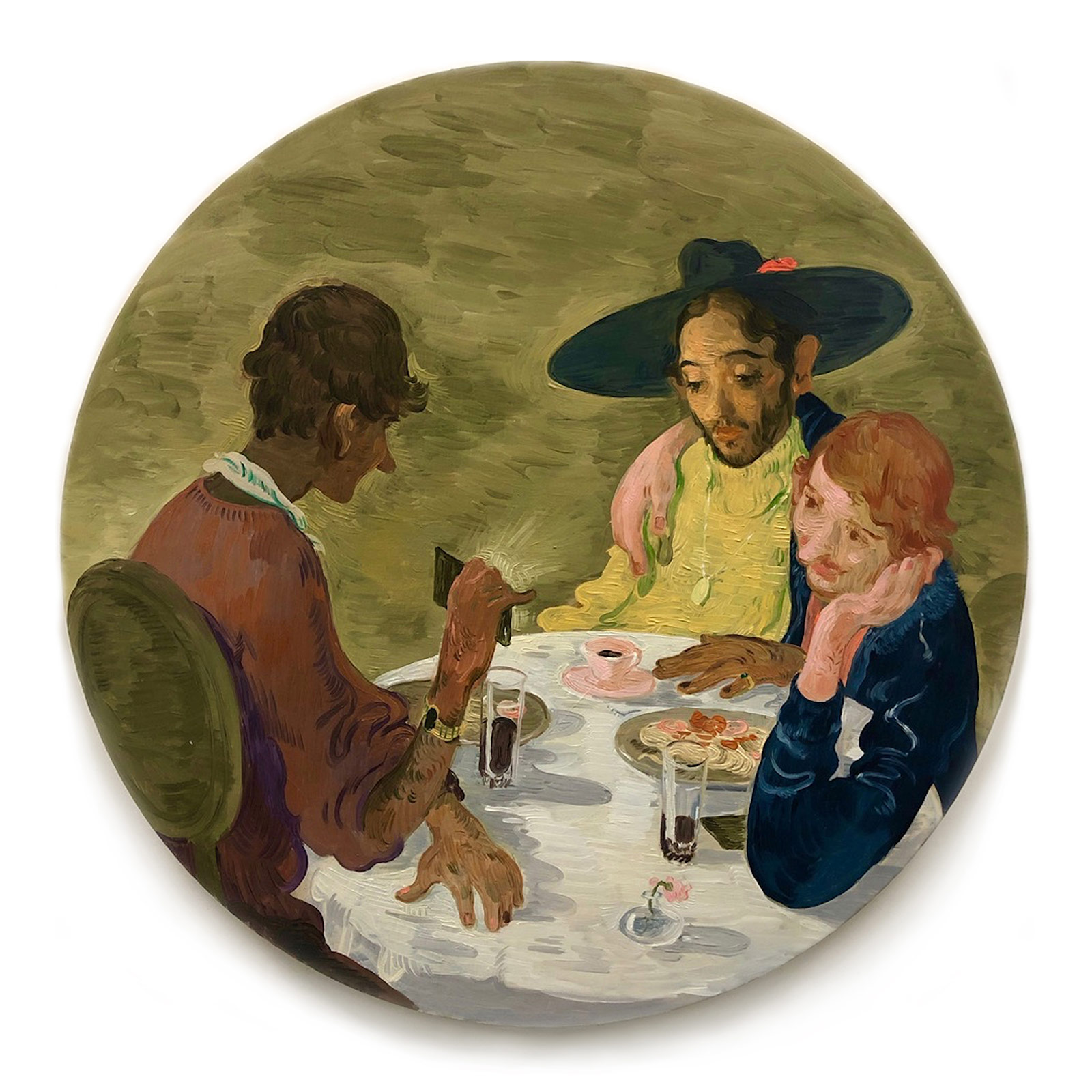 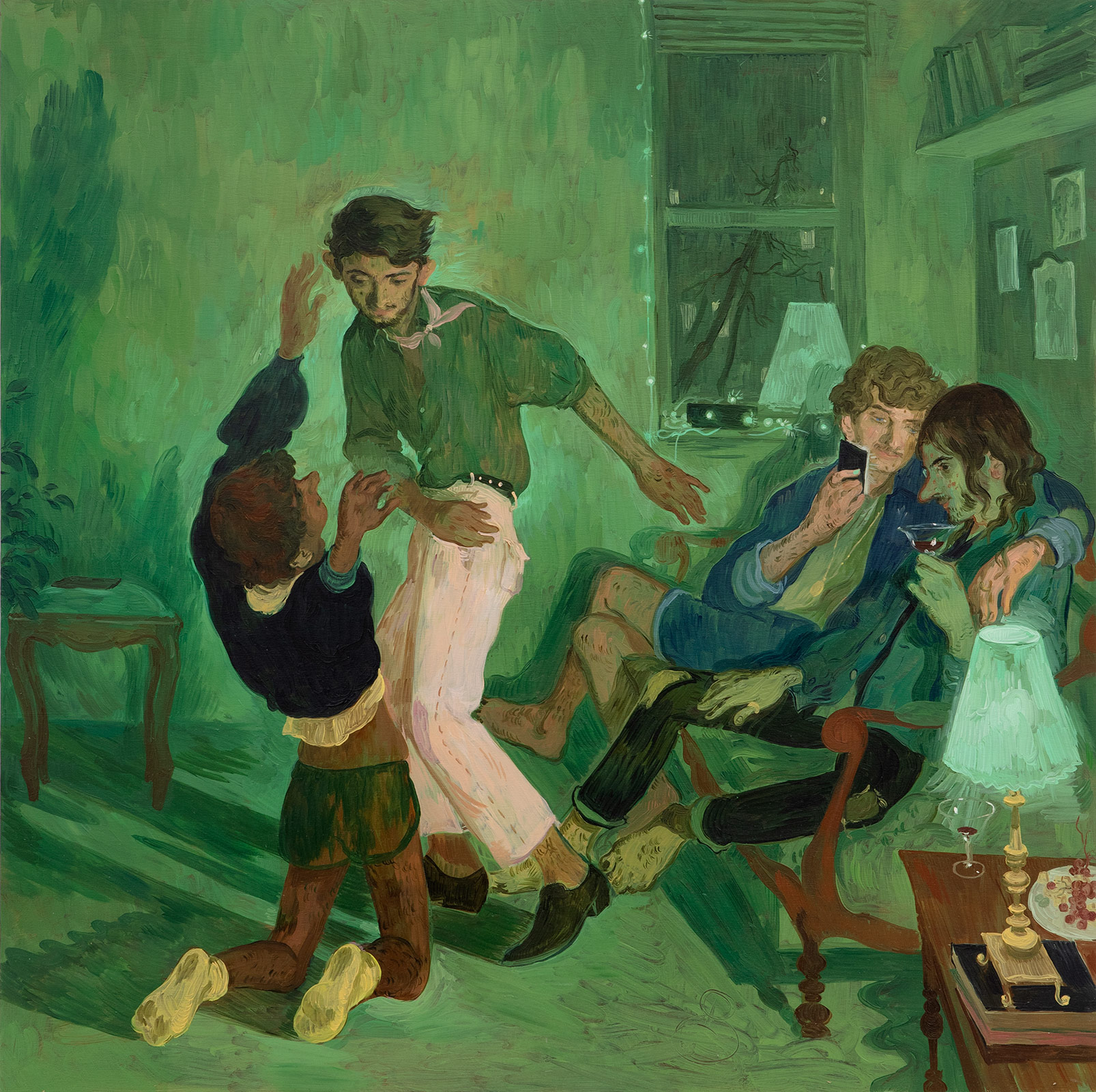 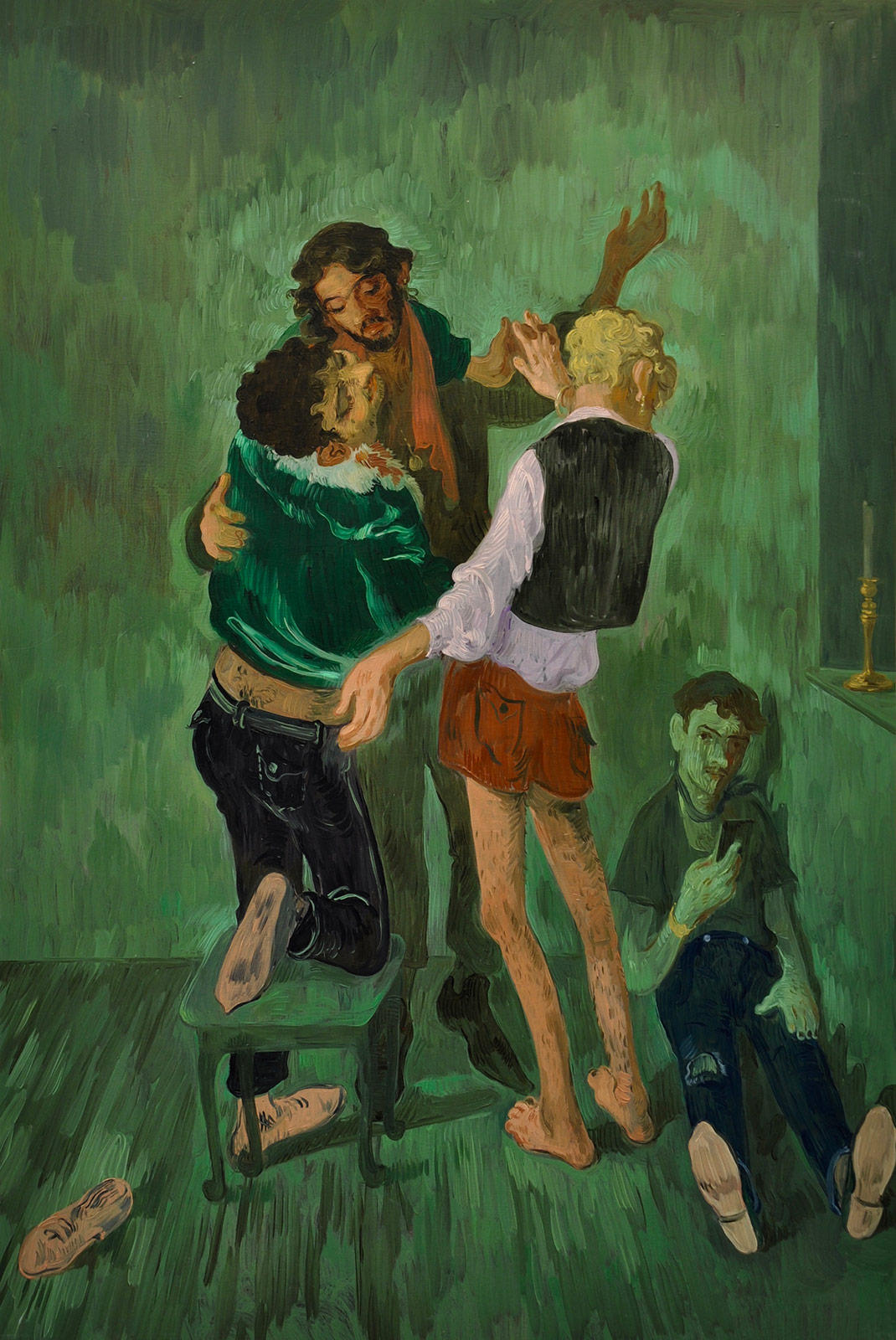