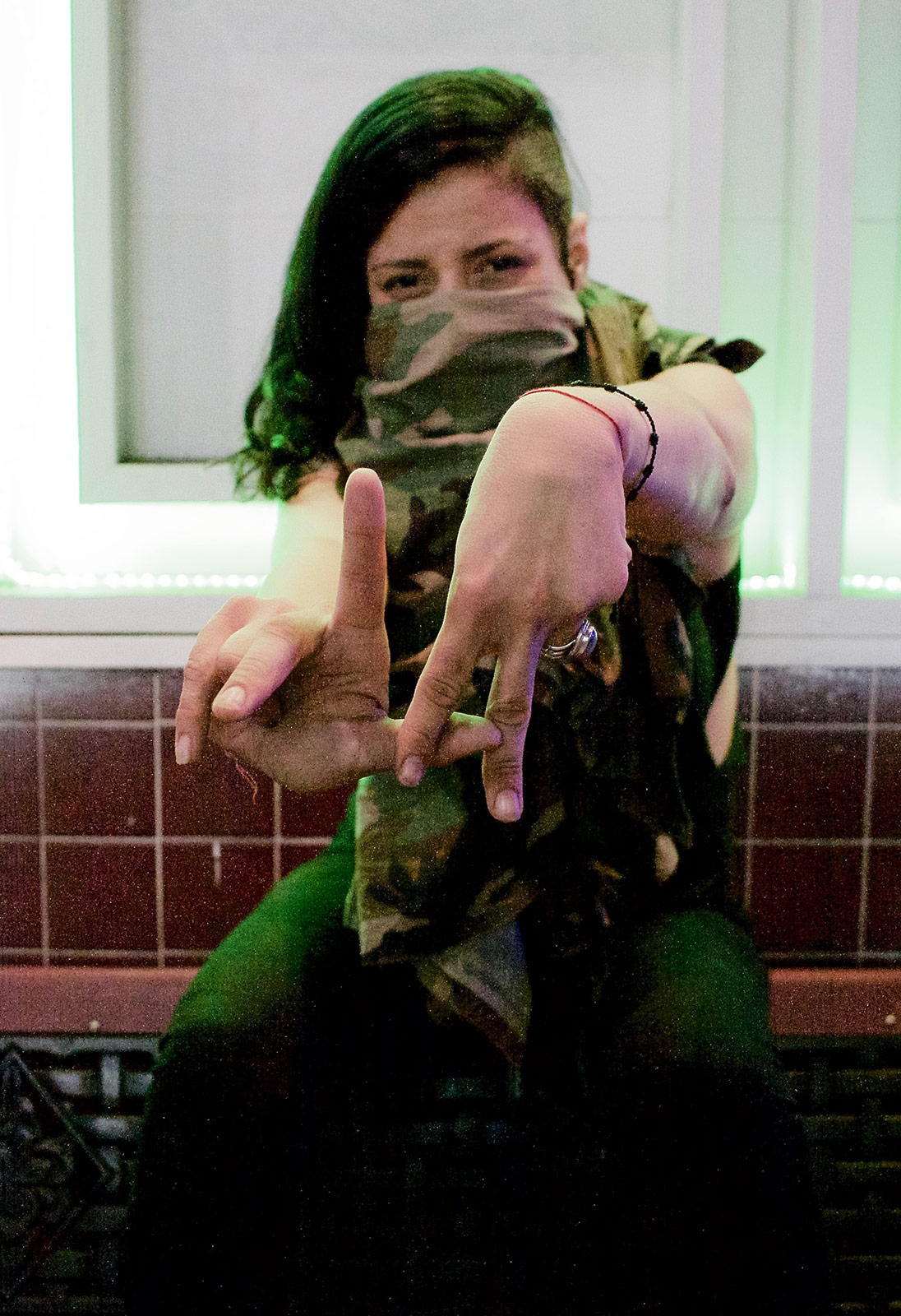 Riot GRRRL Carnival started in 2008, hosted by Las Sangronas y El Cabron. That’s Susie singing, Angie playing guitar, and Louie striking the drums. Like lots of punk, DIY-oriented bands, Las Sangronas started off in Louie’s garage. The 2008 Riot GRRRL Carnival was their first self-organized show. It featured twelve bands and its profits went straight to Downtown Los Angeles Women’s Shelter. This year, the Carnival was whittled down to four musicians and activists: Cihualt-ce, Australian band Glory Hole, beatnik-bluesy Liquid, and, of course, Las Sangronas y El Cabron.
The event took place at The Smell, as it always does. The Smell is a music space in Downtown L.A., tucked into a dark alley of Spring Street. It’s unique for its no-alcohol policy and inclusiveness of all age groups – and it does smell a little. It’s completely volunteer run, encased in a small brick space with a hallway leading to an assortment of couches. The Smell’s DIY nature has attracted mobs of Los Angeles callers from high school to retirement since 1998, so its recent notice for demolishment from its landlord comes as a shock and personal attack to many (you can sign a petition to support its survival here.)
Frequenters of the spot since high school, Las Sangronas naturally picked The Smell as their venue for Riot GRRL. This year’s Carnival fundraised for Las Chickas Rockeras of Southeast L.A., a punk-rock day camp for girls. Between the couches in the front, vendors set up booths jammed with button-pins and sheets of spoken poetry. A green wristband to get in cost $5. People streamed past the graffitied-bathrooms to get to the stage – but didn’t need to be close to hear the music.
We spoke to Cihualt-ce, who spat mesmerizing hip-hop verses and rocked to swinging beats. In her songs, she condemns racism, gentrification, abuse of power, and more, unloading her rage into her scrawled lyrics. Cihualt normally doesn’t perform at music venues, instead choosing schools and public spaces, but made an exception for the Riot GRRRL homies. For her, young people of color have a duty to be active, to “talk about issues that are directly affecting us in the current moment” – issues that originate from the start of colonization, centuries ago. “We see the same power dynamics being played out through the gentrification of our homes. And because we are the marginalized community –black, brown people– they can so easily displace us. We don’t own homes.” With the “platform of the stage and the weaponry of a microphone,” Cihualt is a front-fighter in these “war times.”
As for the Carnival as a whole, tickets eventually sold out and hordes rushed against the mosh pit in front of the stage, tossing to jolting tunes. Pure energy. Las Sangronas deserved to be proud. From Cihualt: “Whether it’s punk rock, or hip hop, whatever… We (musicians) have a responsibility to let everyone know exactly what’s going on right now, and to include folks and hook them into wanting to do some shit about it. Or else, why do we exist? What’s the purpose of our existence?” 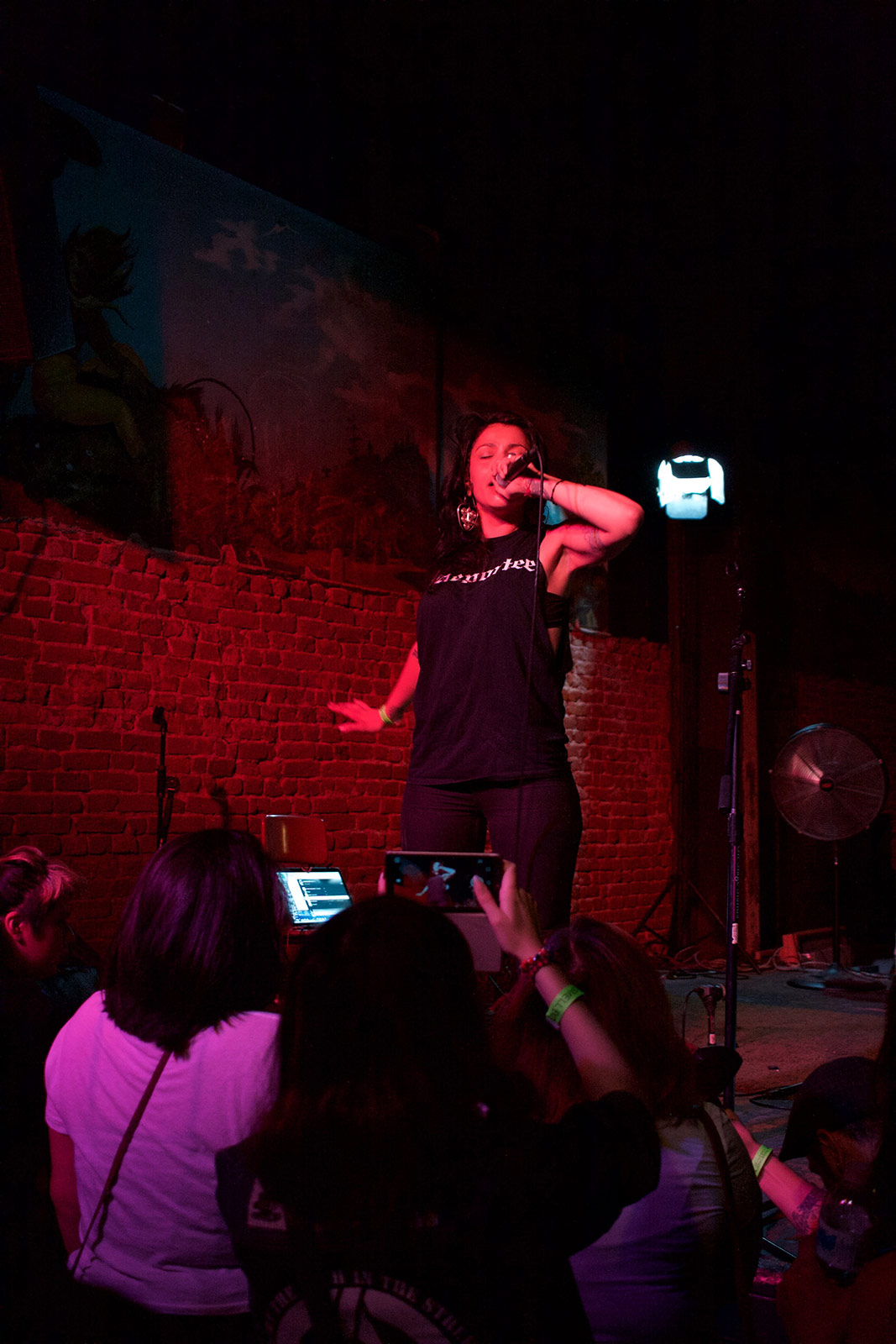 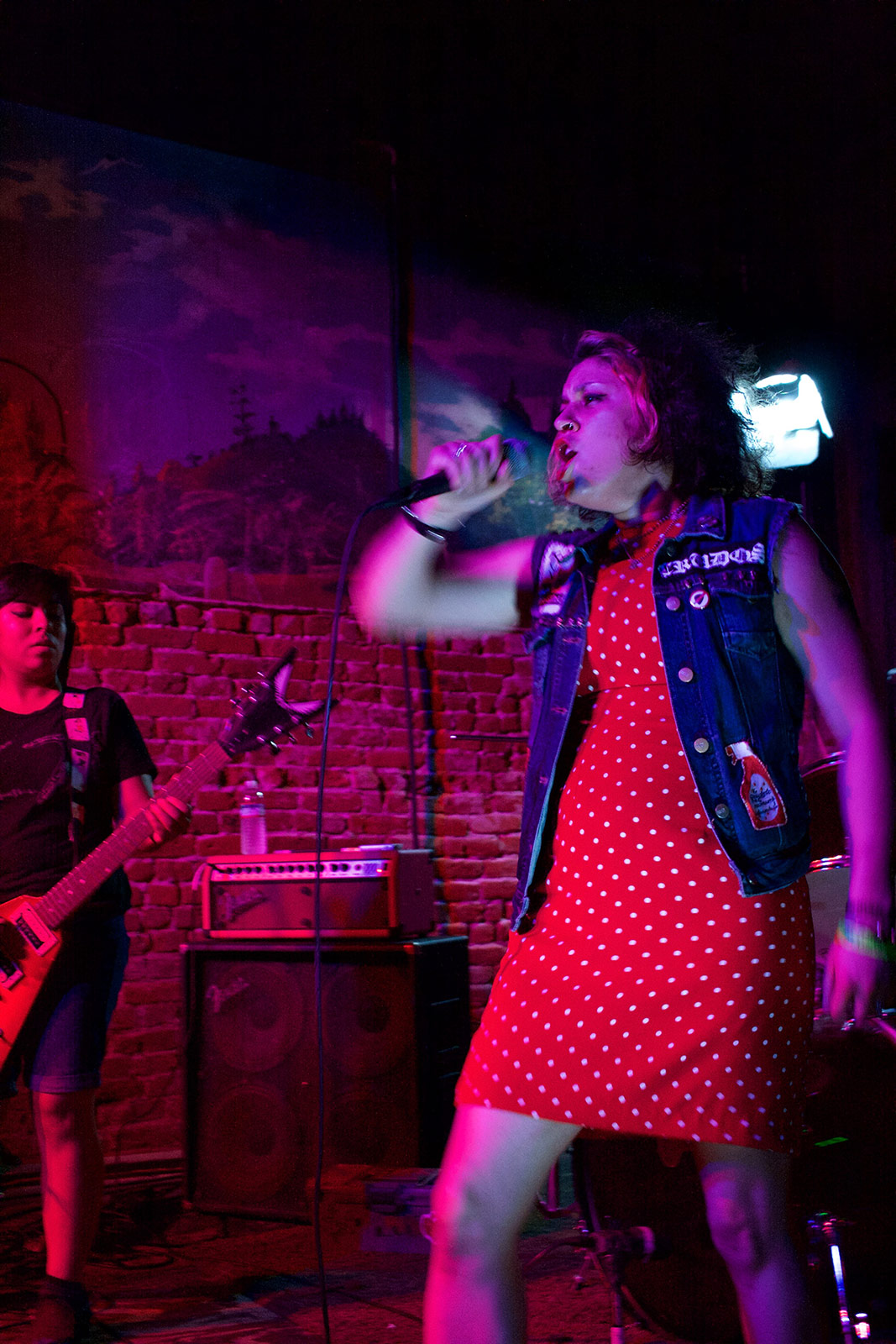