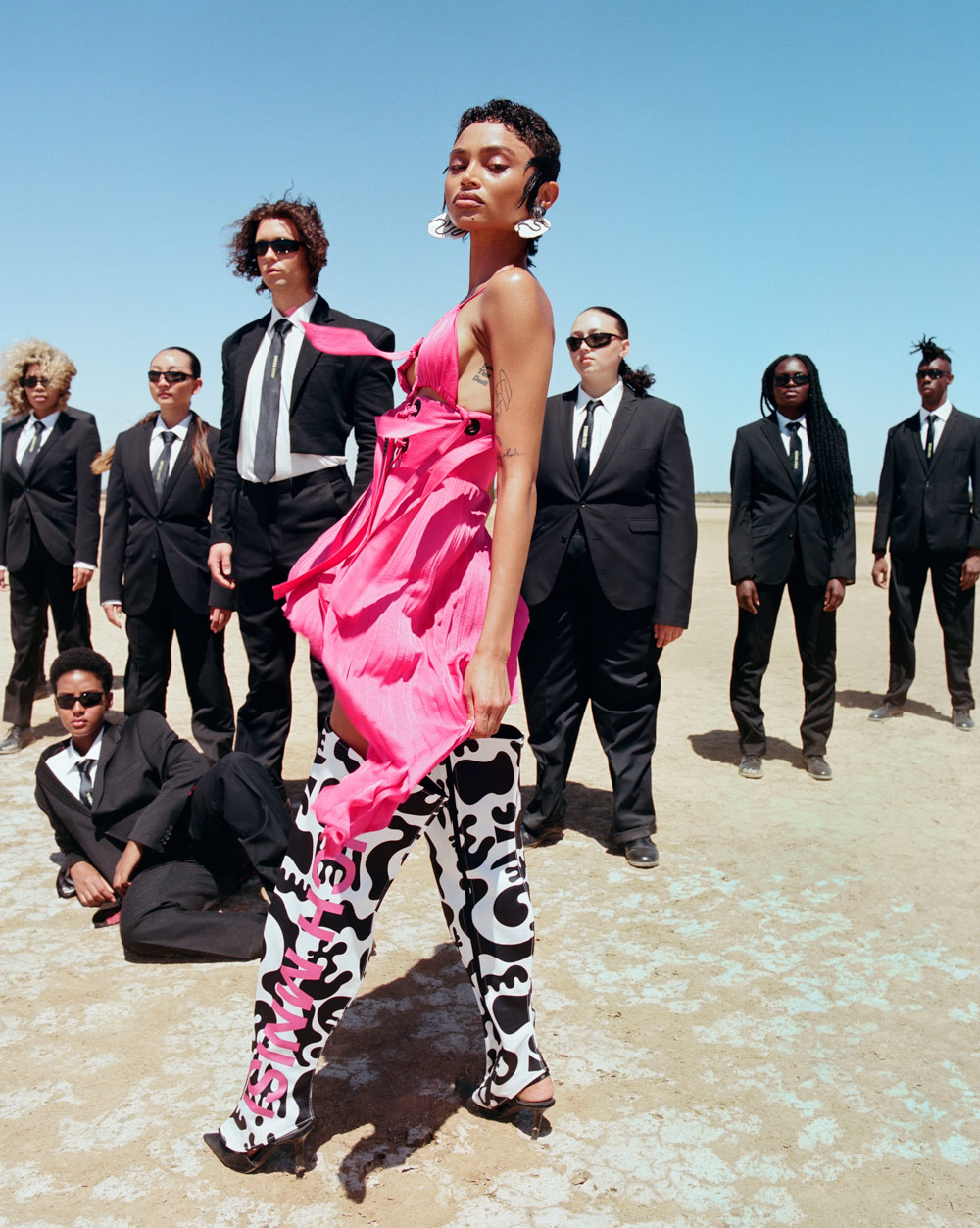 The fashion film for this Fall/Winter 2022 begins and we see an entourage of robotic humans walking through nature as if at some point they have lost their raison d'être. From under a waterfall, a Black man emerges carrying a compass which reads: Precious, Desire, Ambition, and Promise instead of the four cardinal directions. Soon after we see different people working menial jobs. The compass breaks. Where are we heading? For Rich Mnisi, understanding the past to find the way to the future is key.

James is not just any name. It is that of his grandfather, to whom he pays homage. And also that of many other South African men who, because of the impact of British colonisation, were named after their oppressors. To free themselves, they began to name their children after things that will be relevant to them in the future. His sister, for instance, is called Memory in honour of the memories of her grandmother. Now, in a collection that is intuitively in black and white, Mnisi lets out pops of colour with reds and fuchsias here and there to redeem history. Towards Ambition and Promise for a fairer future. 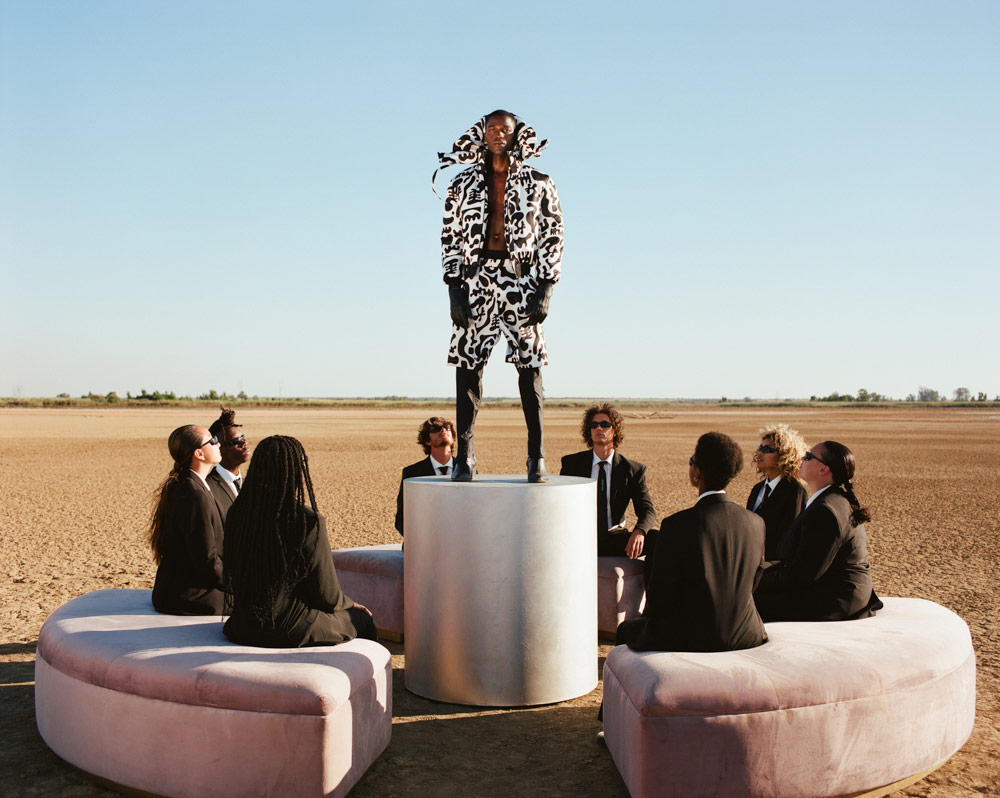 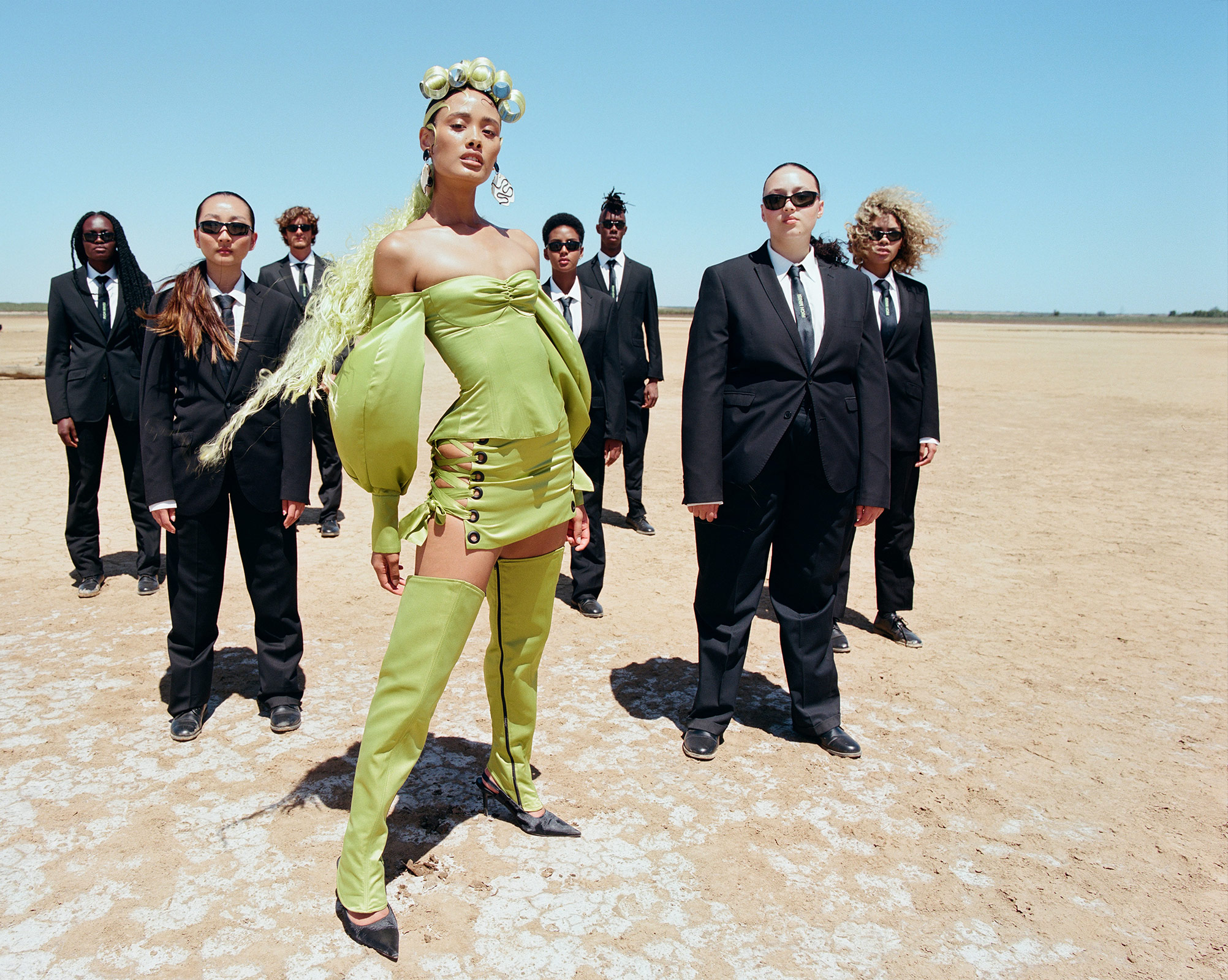 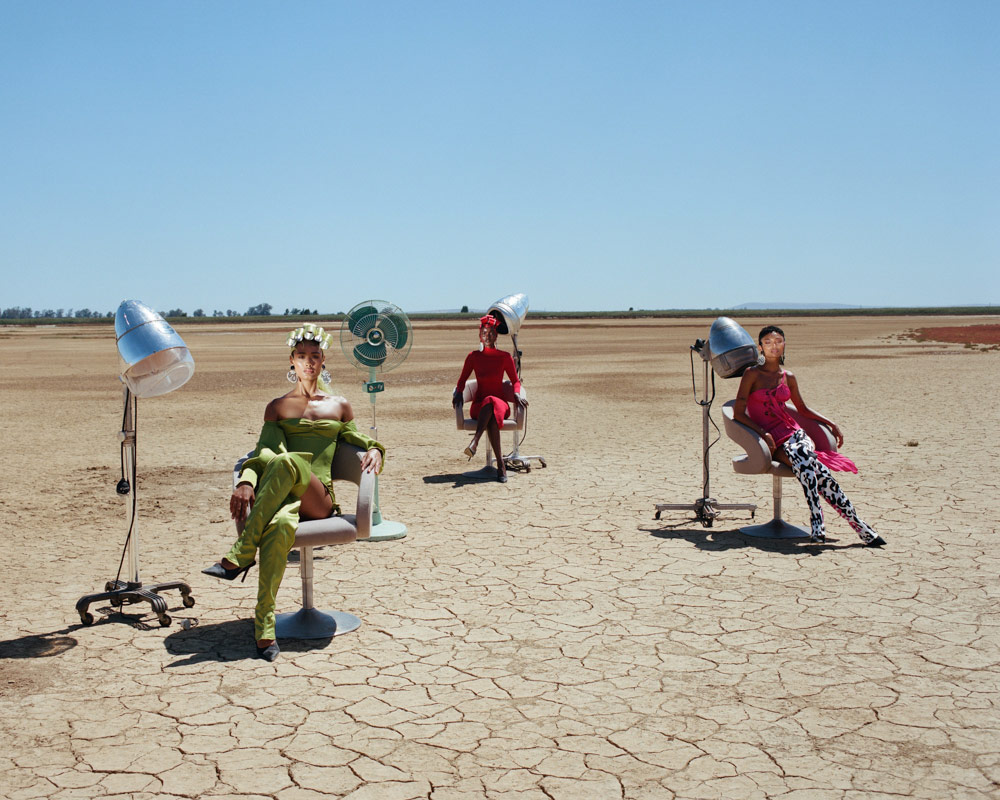 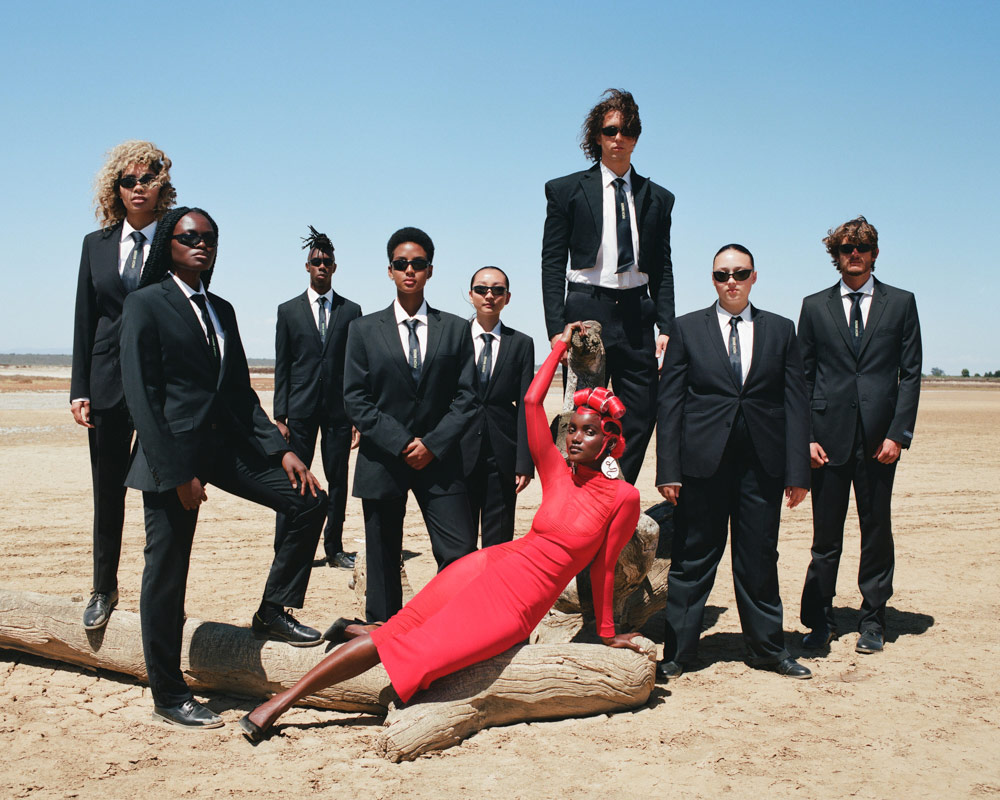 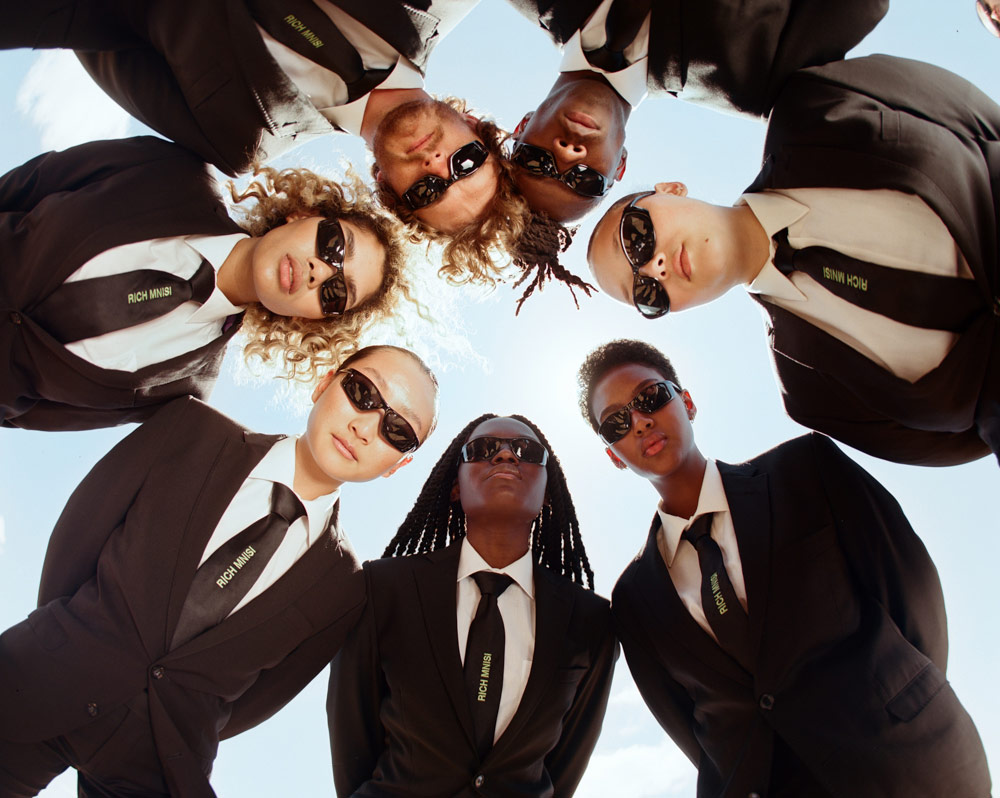