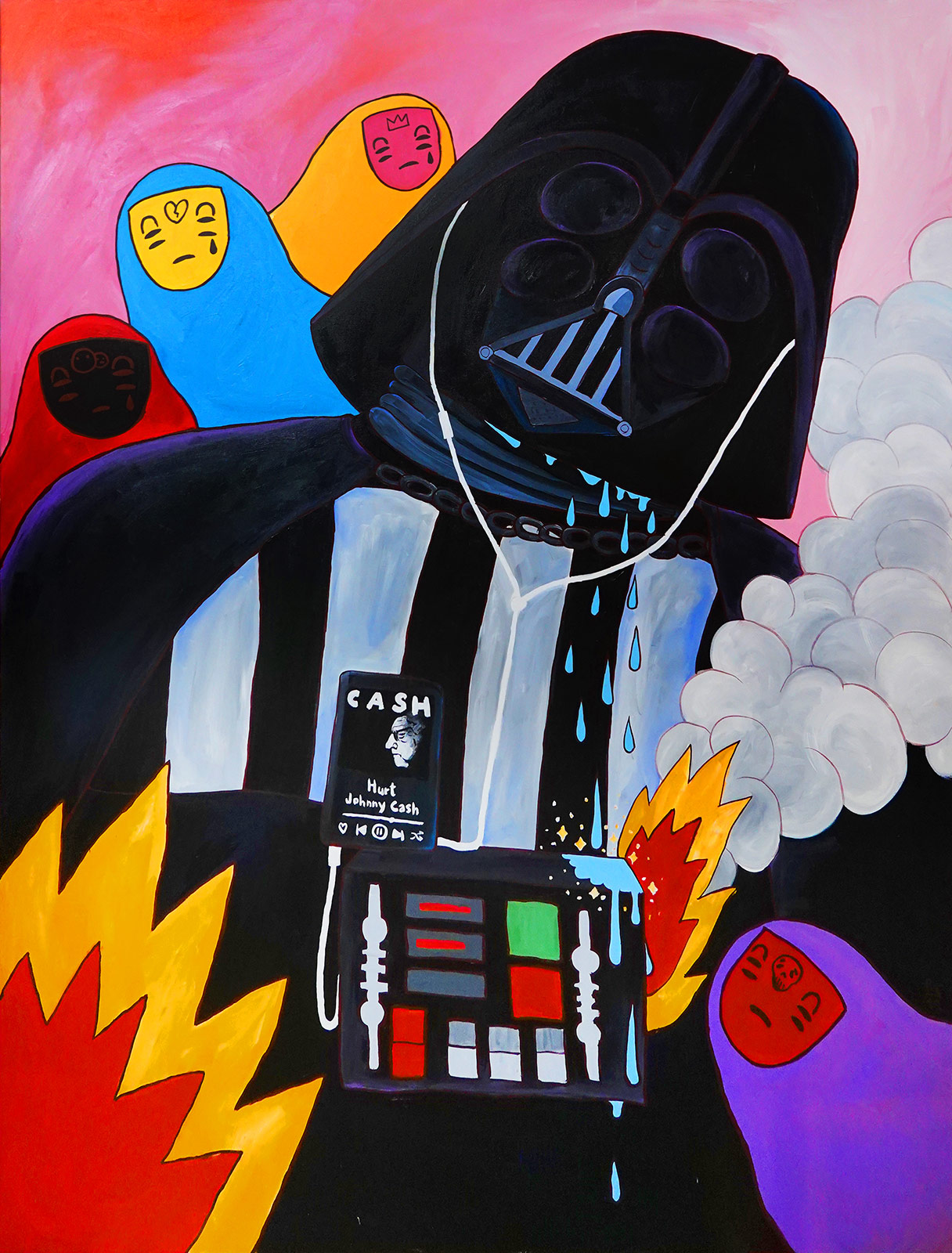 Mazinger Z, Woody & Buzz from Toy Story, or Michael Jordan; a kid has many heroes, and he sees each of them as a role model in a way. Ricardo Cavolo did too. Now that he’s a grownup, the Spanish illustrator has created a new series of works where he presents some of his earliest referents “without their masks, as raw human beings struggling with their personal beasts”, he says. If you’re in London, don’t miss his sensitive exhibition Hero’s Wound at StolenSpace gallery until June 2.
Despite what some will say, showing one’s vulnerability is more of a demonstration of strength than weakness. “Everyone knows heroes by their public profiles of powerful, strong, fearless individuals who save the world every day. By painting them in their most vulnerable state, we can better understand how truly powerful, strong and brave they really are”, the artist affirms. And that’s precisely what he’s done: portraying some of his earliest influences, like Goku from Dragon Ball and Darth Vader, crying or listening to sad songs (like Hurt by Johnny Cash). “Anakin – he’s a heartbroken guy, full of anger after losing his wife being extremely young. So the rest of his life is just a dark corridor feeling alone and full of anger”, says Cavolo about the character. Would the entire Star Wars series and its many battles not exist if Anakin had processed the loss of his one true love in a mentally healthier way? No one knows.

What is clear, though, is that teaching kids to repress their feelings, to make them build an I-am-not-affected-by-anything mask from an early age is bad. “Heroes must fight their own demons, just like everybody else”, says the Spanish illustrator. Because, never mind how strong or fast they are or how many superpowers they can use, they all suffer like you and me. To conclude, Cavolo says that he hopes “everyone can relate to these heroes and see part of themselves in each character. Because we all have our own battles, just as we are all heroes.”
The exhibition Hero’s Wound by Ricardo Cavolo is on view until June 2 at StolenSpace gallery, 17 Osborn Street, London. 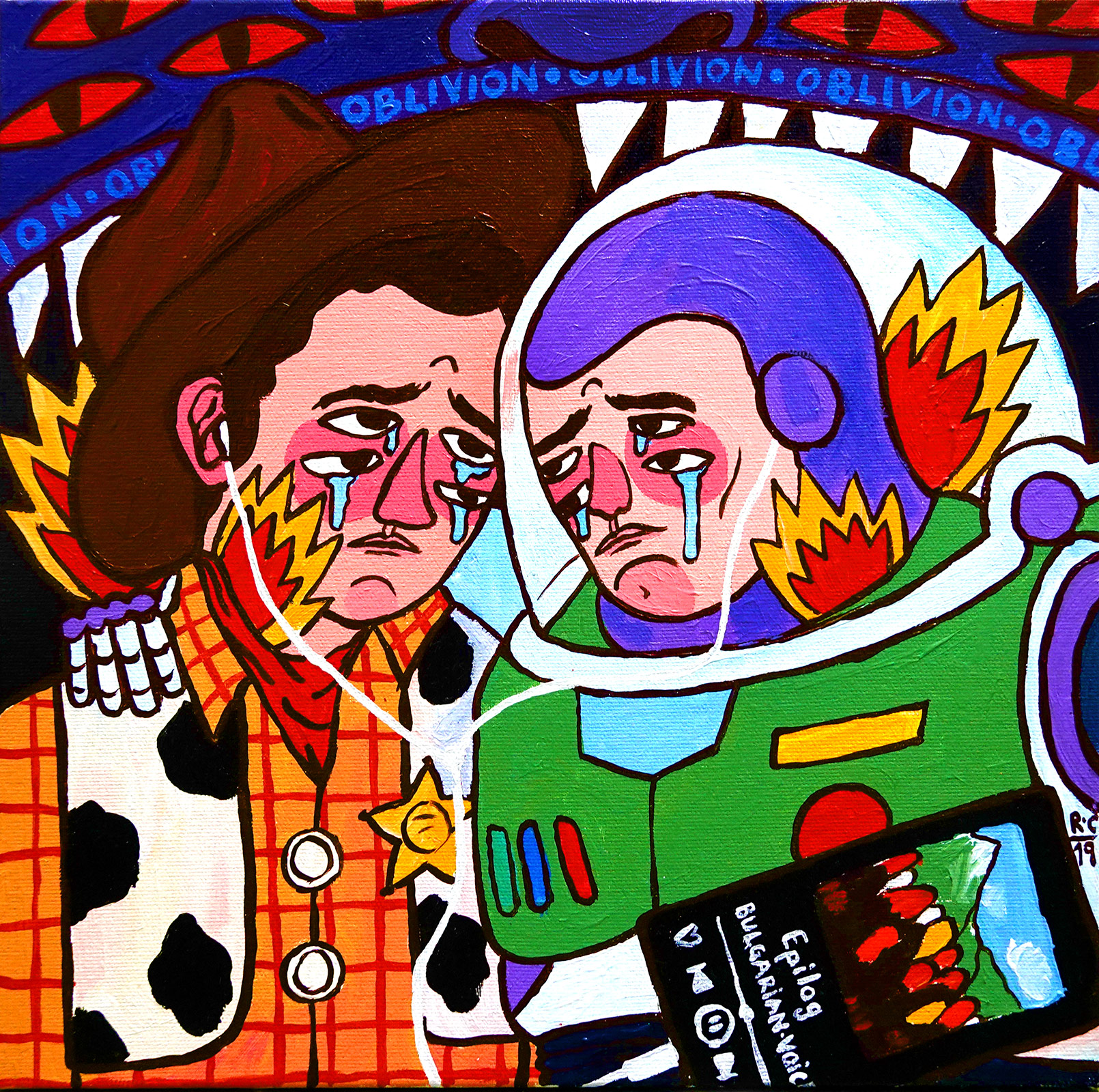 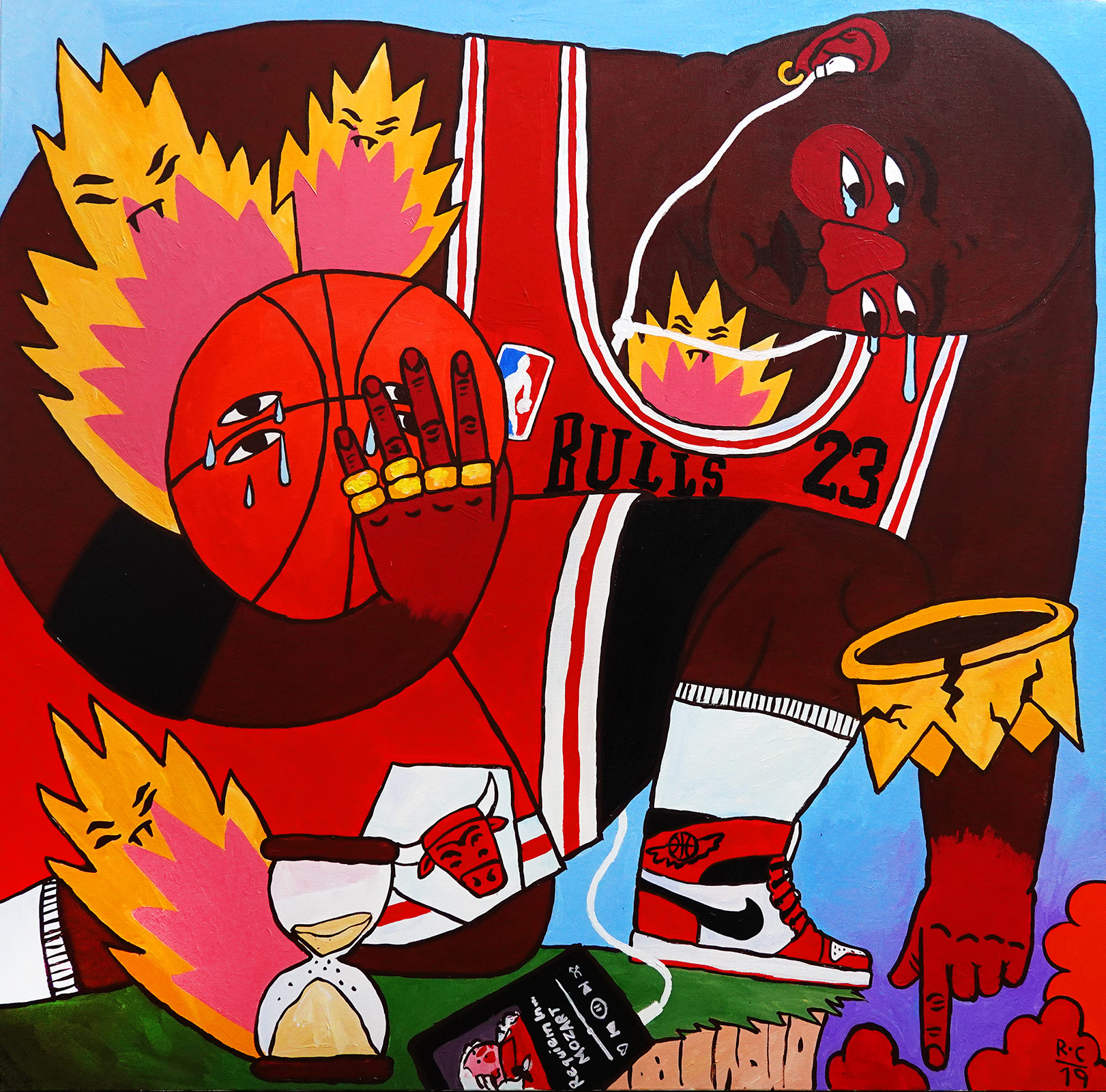