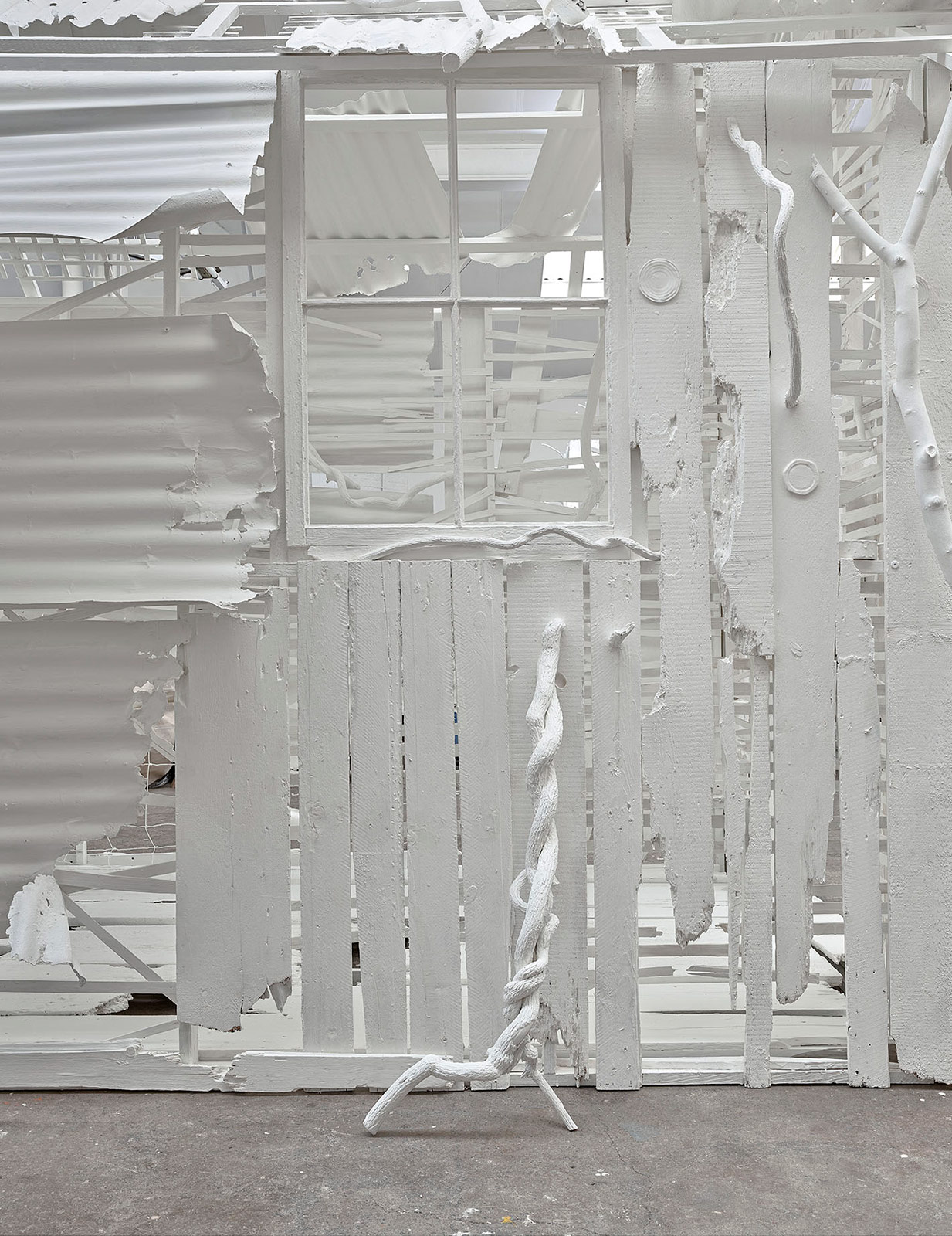 For the first time, artist Rachel Whiteread has refrained from casting existing objects in favour of building original ones, while continuing her investigation of the intimate qualities of the spaces that surround us in her latest solo exhibition titled Internal Objects, featuring new and past works, now on view until June 5 at Gagosian Gallery (London). Featuring ghost-like exteriors that will reach out and captivate you, the new works represent a departure from her sculptural practice in this latest exhibition. Manifestations of haunting and ghostliness are turned inside out in bewitching sculptures as the artist revisits her past hauntings.
The London-based sculptor employs a minimalist language to her works paired with an emphasis on geometric seriality and a critical sensitivity to the minor details of human irregularity. The artists cabin-like forms are deconstructed, featuring smashed doors, collapsing roofs and obscure enigmatic objects stemming from shattered walls, coated and preserved entirely in white household paint. Using negative spaces to imply an ideal of reincarnation, the artist’s structures imply evocative narratives and secret histories.

Inspired by her reading of John Steinbeck, and an experience of driving through the Mojave Desert and Death Valley in California, Whiteread’s newest sculptures have created an open space, representing an inversion of the formal system of their predecessors. Suggesting that something catastrophic has occurred, her works are transformed into ghostly replicas with an eerily familiarity that has been invaded by nature. Her subject matter is independent from conformed structure, depicting an inverse of the objects original form, thus requiring a continual reorientation of perception. Quoting the artist, “as an artist you create a language, you create depth to a language, you change the language.”
Rachel Whiteread’s exhibition Internal Objects is now on view until June 5 at Gagosian Gallery (London). 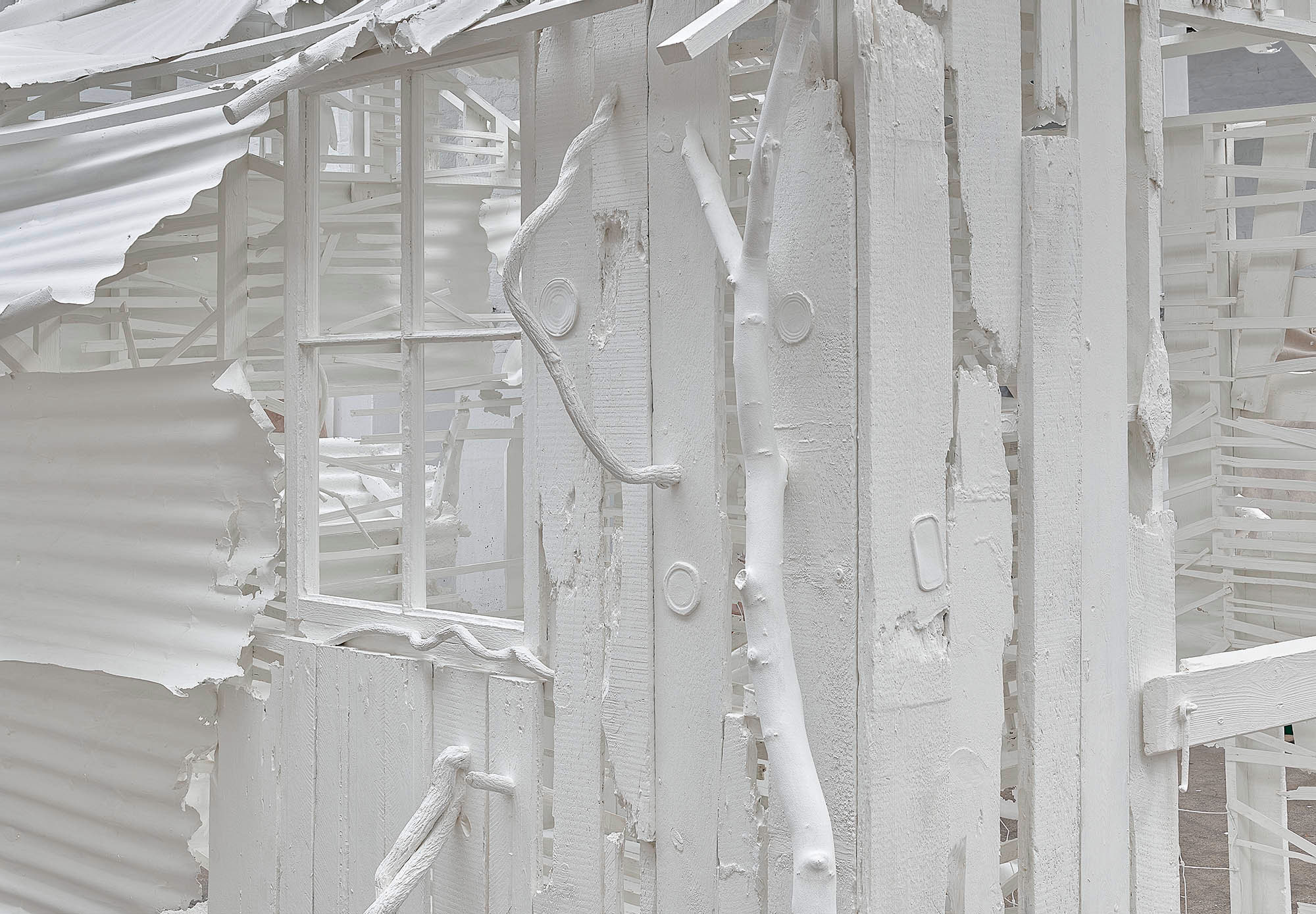 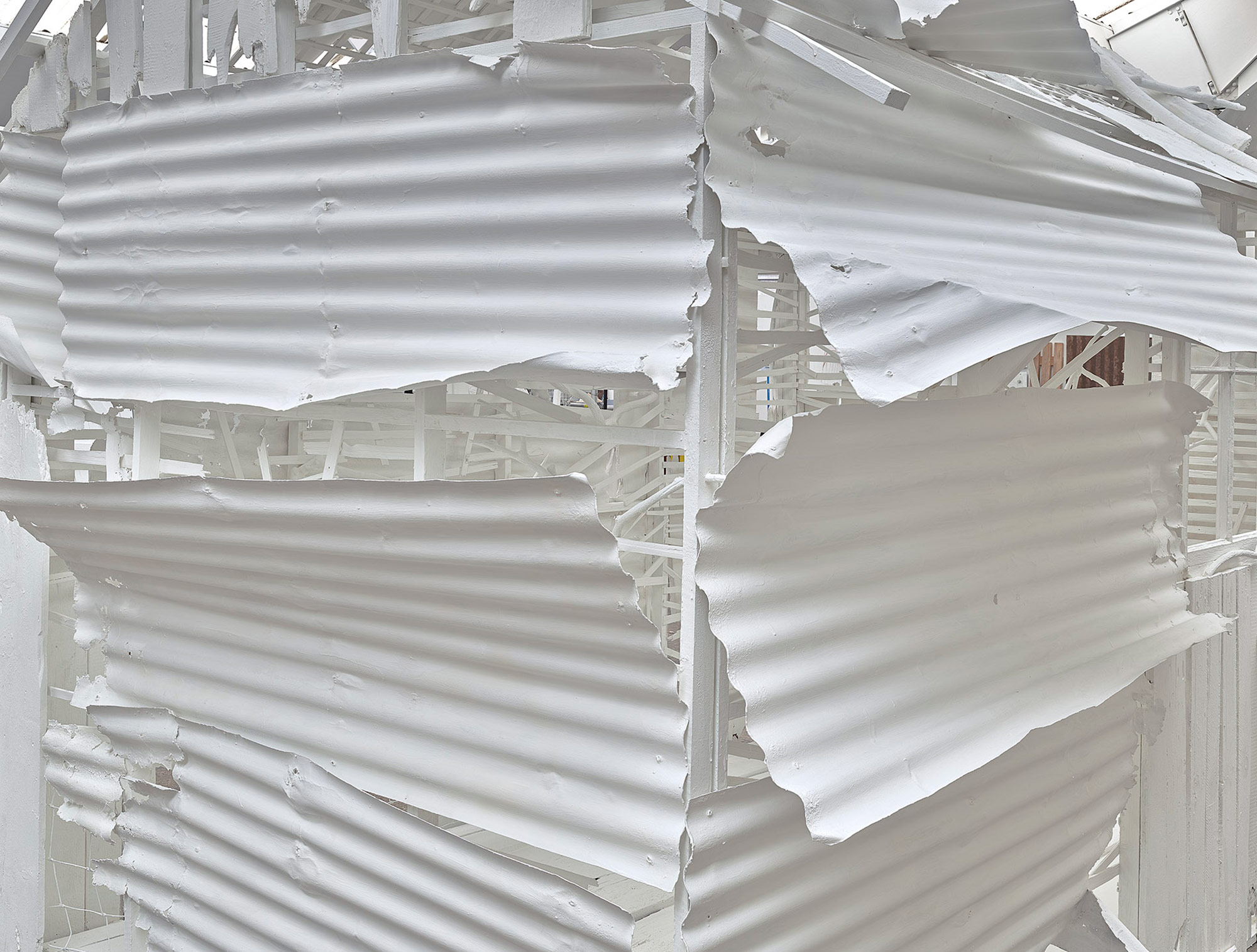 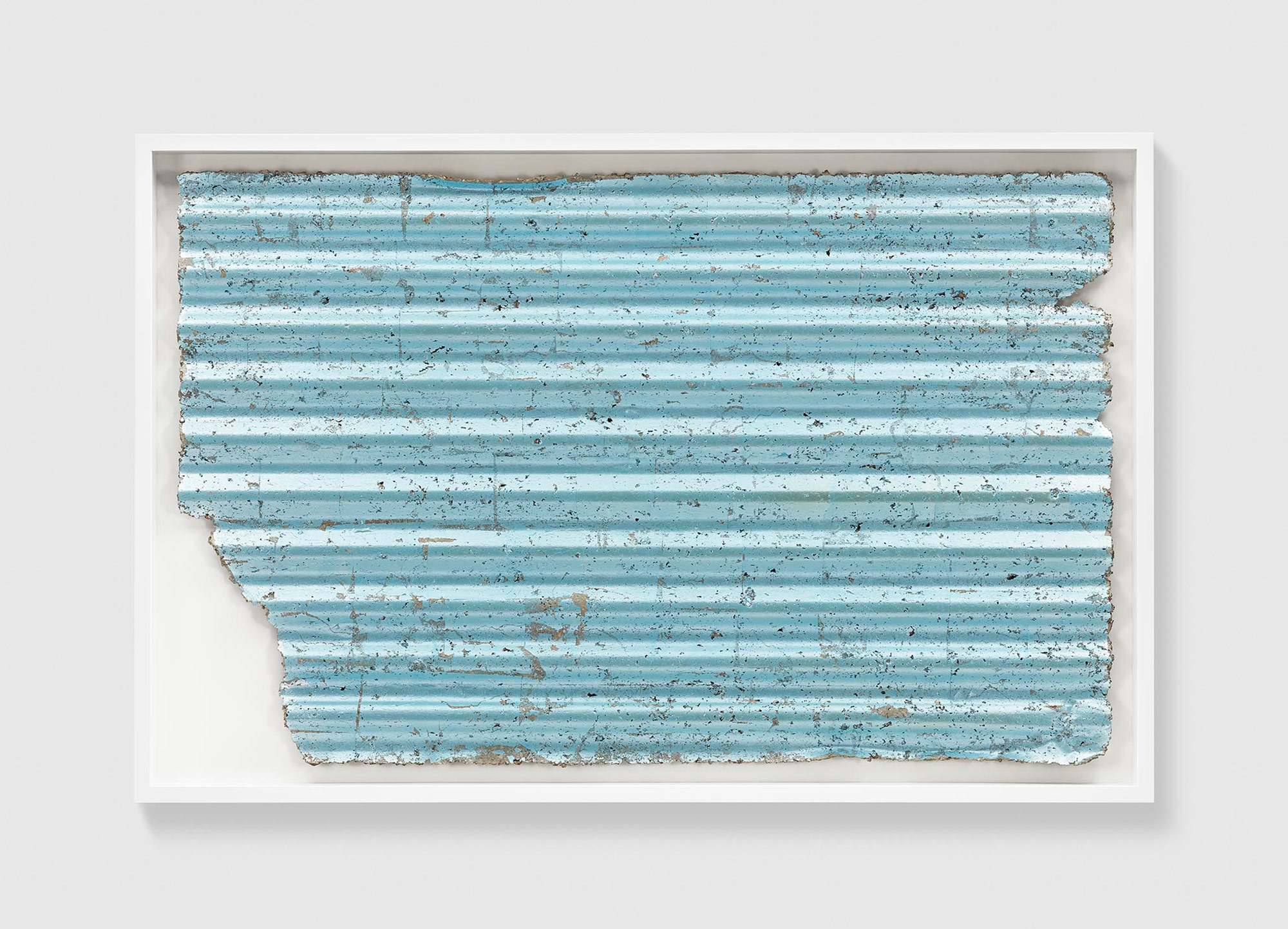 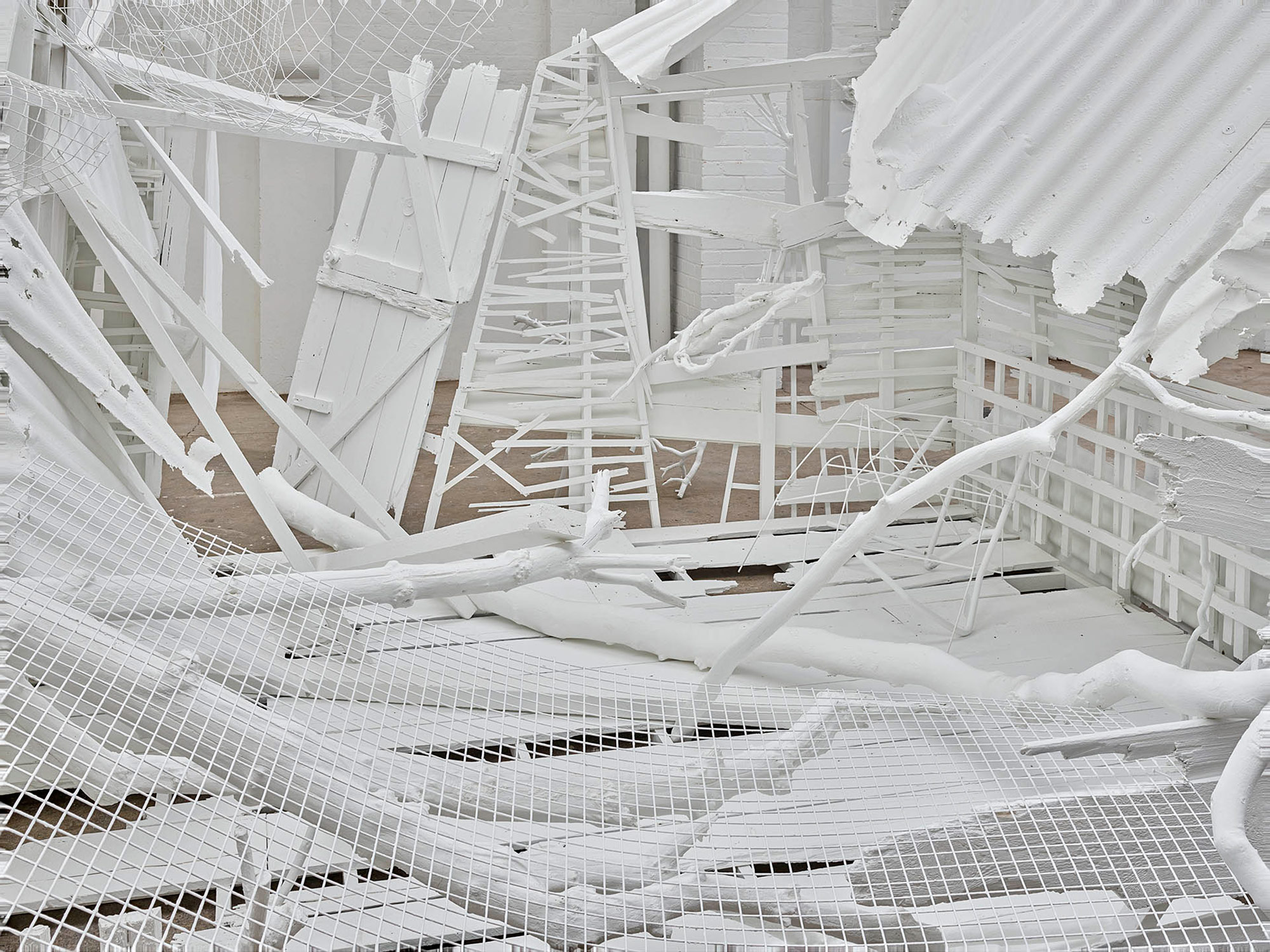 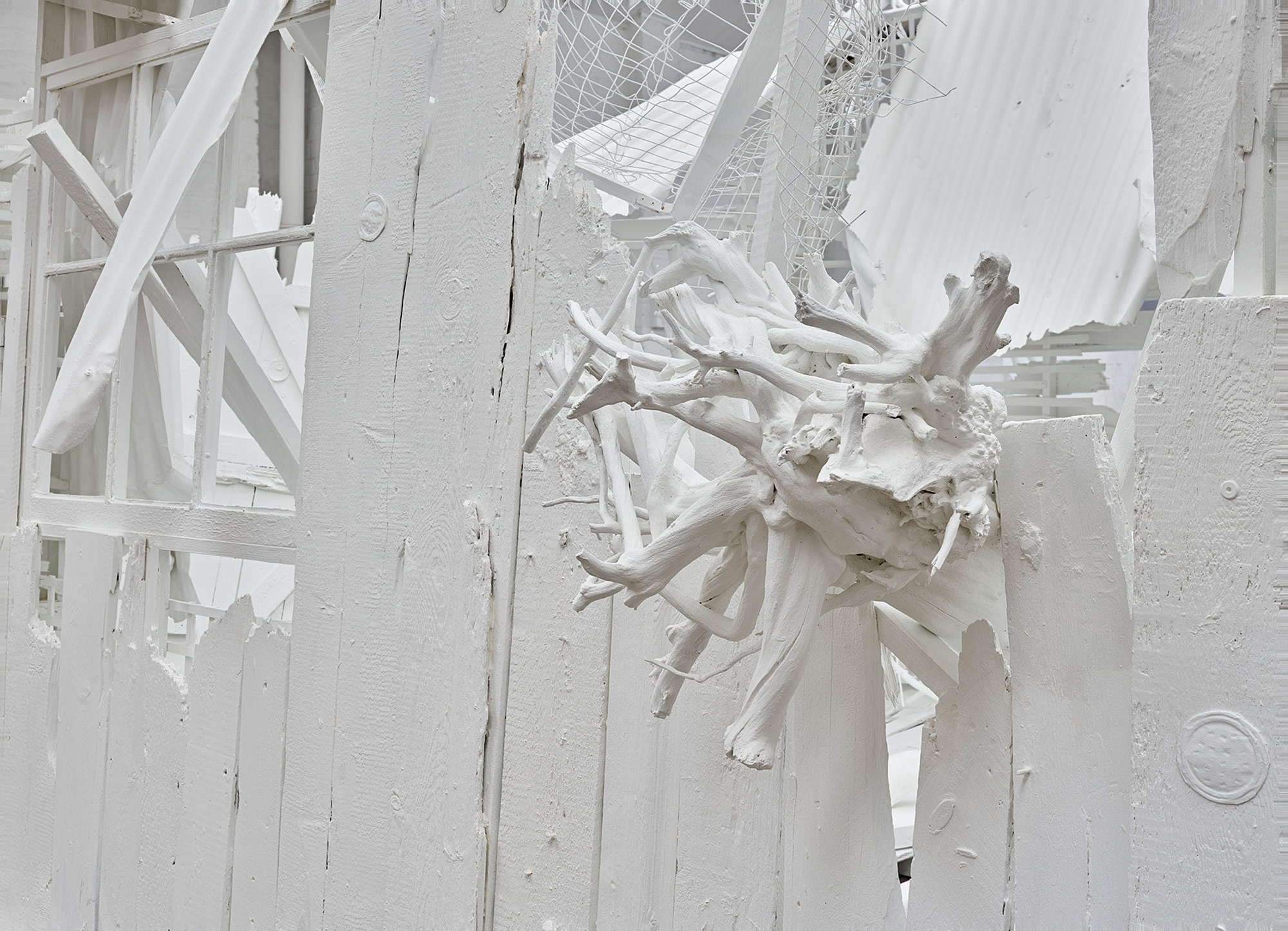