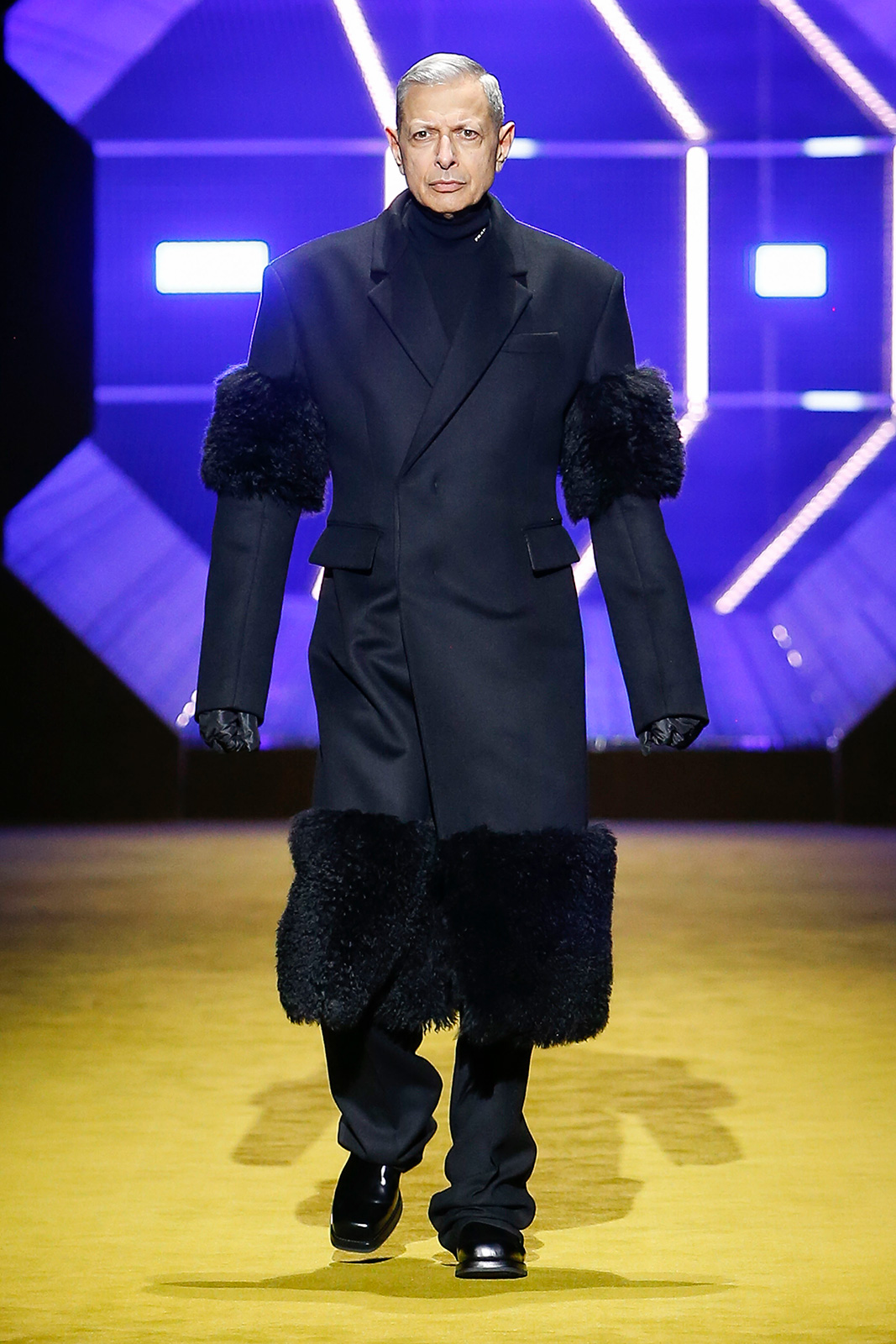 We're living in an era where we simultaneously make fun of the so-called “unskilled workers,” who should actually be called essential workers, whilst their much-needed work keeps our society functioning. Without the work of people who inhabit those roles, we wouldn't be where we are, and Prada Men knows this well. Their newest Fall/Winter 2022 collection, titled Body of Work is an ode to the value of work, but it's also a double entendre, as Raf Simons and Miuccia Prada celebrate their own work. And they have chosen figures like Jeff Goldblum, Kyle MacLachlan or Ashton Sanders – who have actually walked the runway – to do so.
The Deposito of the Fondazione Prada is reimagined by AMO as a stage, as they play with the concept that actors walk this set, as assistants sit down and watch in what seem to be theatre seats, and perform something that is very real. Real men, recognised actors like Sex Education's Asa Butterfield, The Queen Gambit's Thomas Brodie-Sangster and Snowfall's Damson Idris don elegant garments – sartorial construction methods that are applied to knitwear, bomber jackets and parkas. Everyday outfits that have been slightly muted in their silhouette through traditional tailoring.

A play on reality and fiction, played by real actors whose importance or social relevance is major like Jeff Goldblum, who wears a dark mohair-hemmed overcoat, whose mere presence doesn't even feel real in this show. The incredibly memeable actor, who's known for being a Prada aficionado, is just one of the especially smart elements from this ‘performance’ and tribute to working. 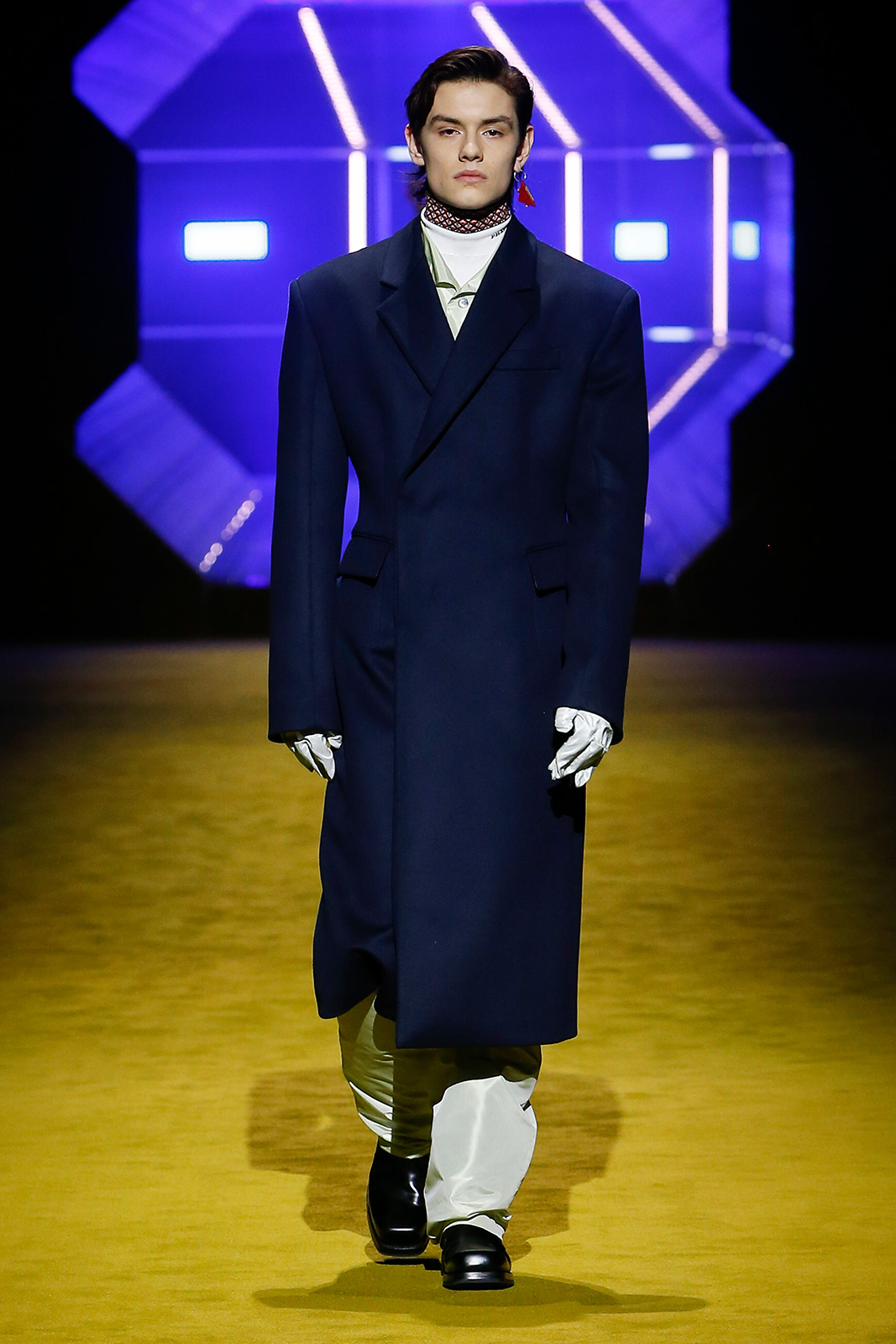 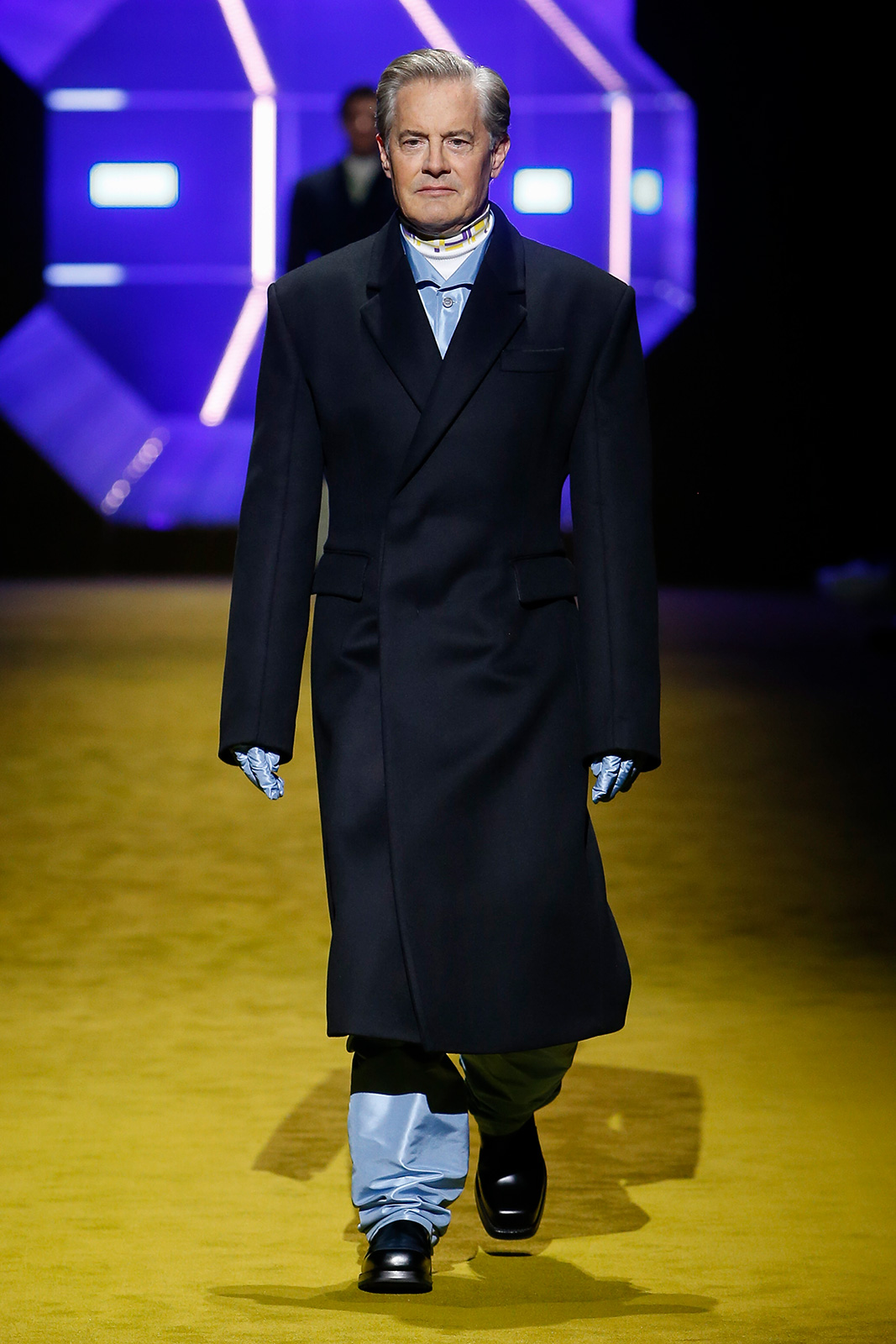 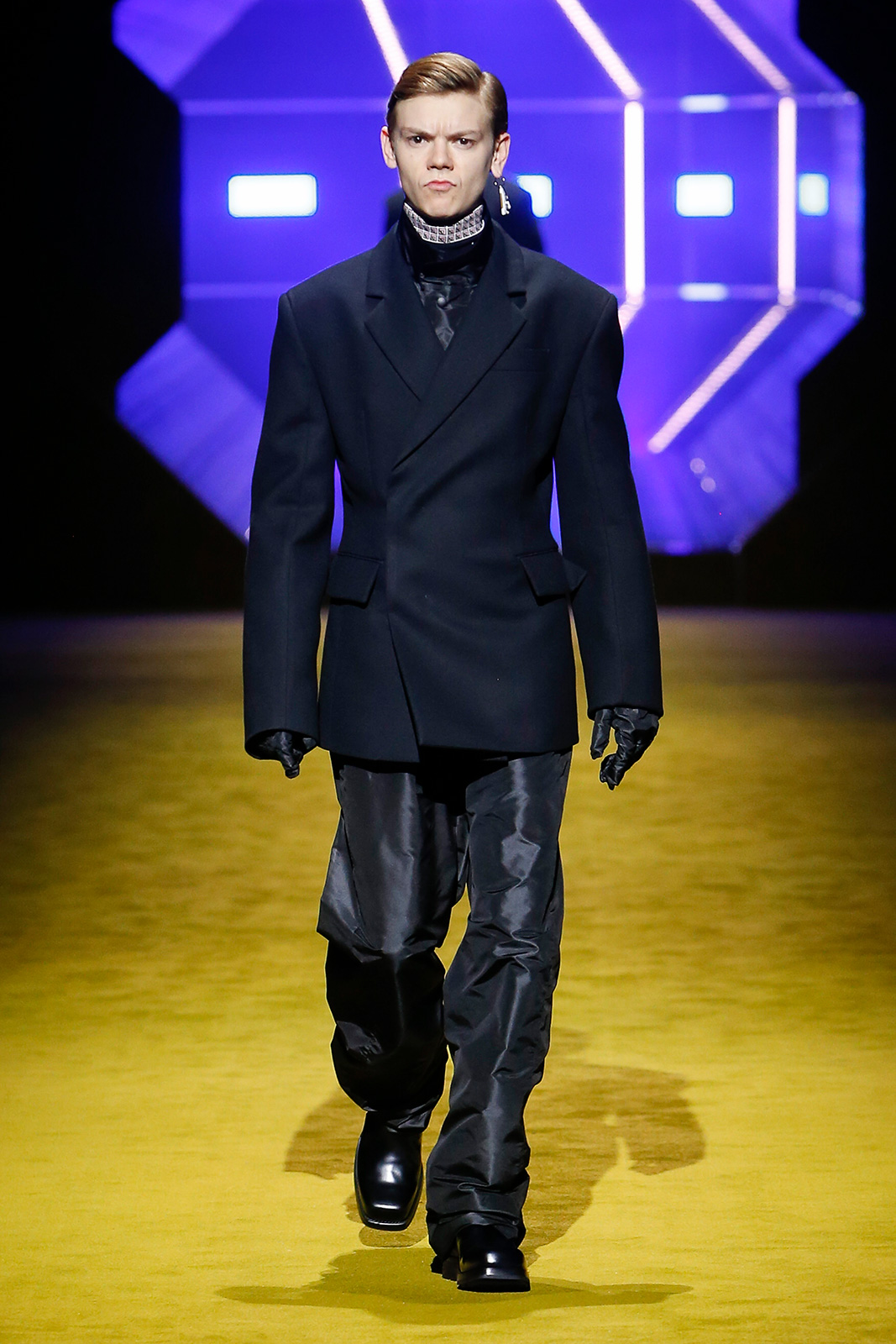 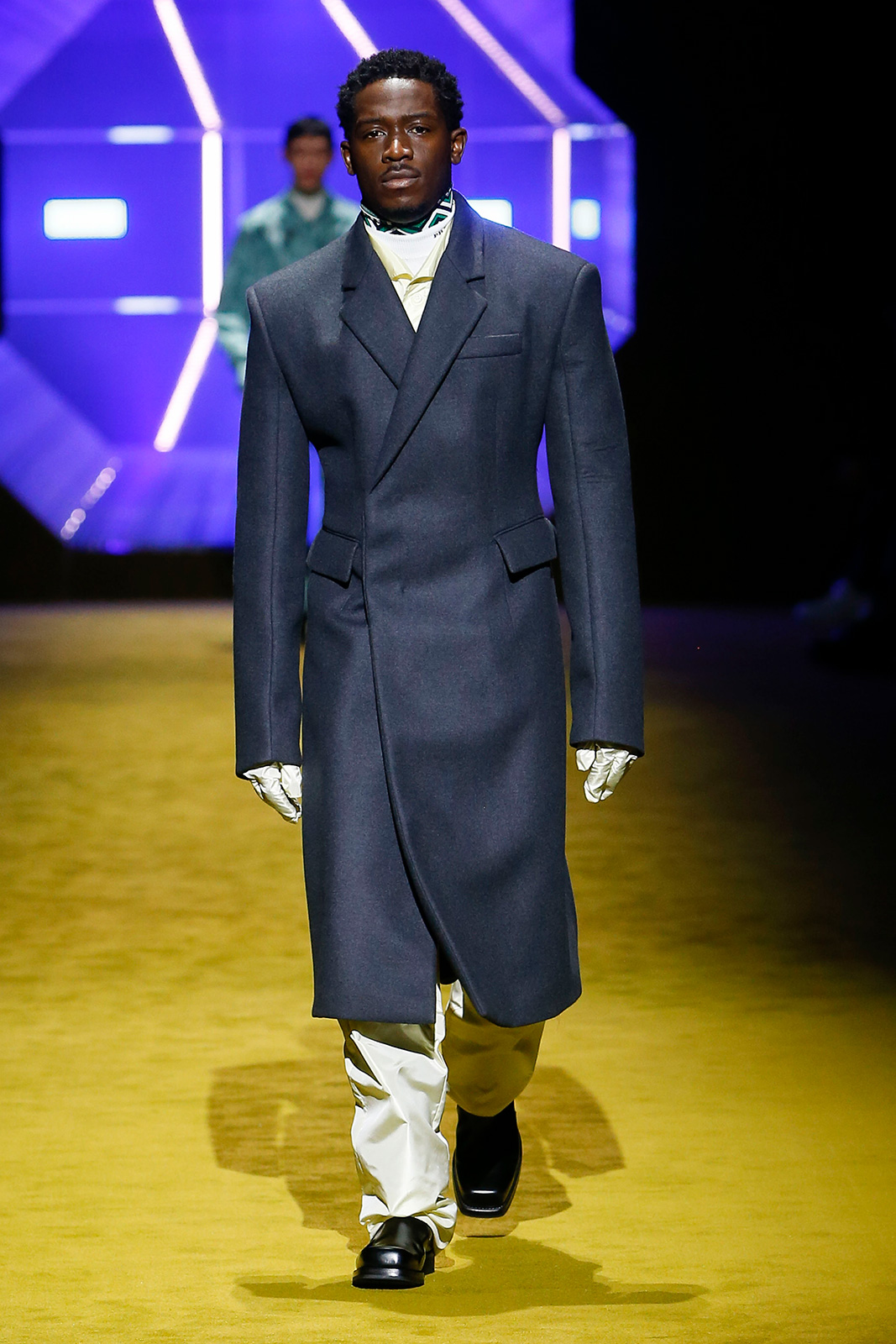 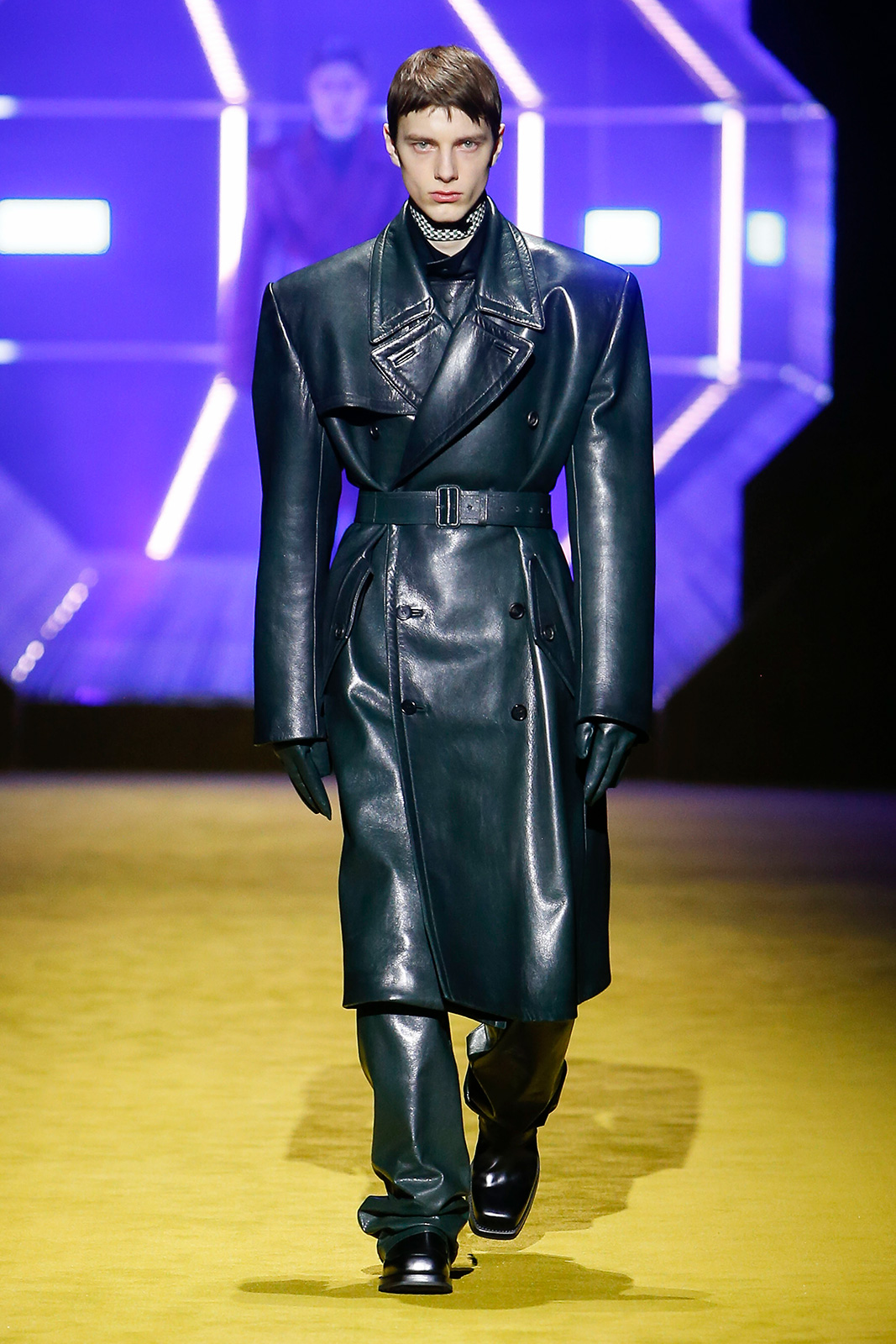 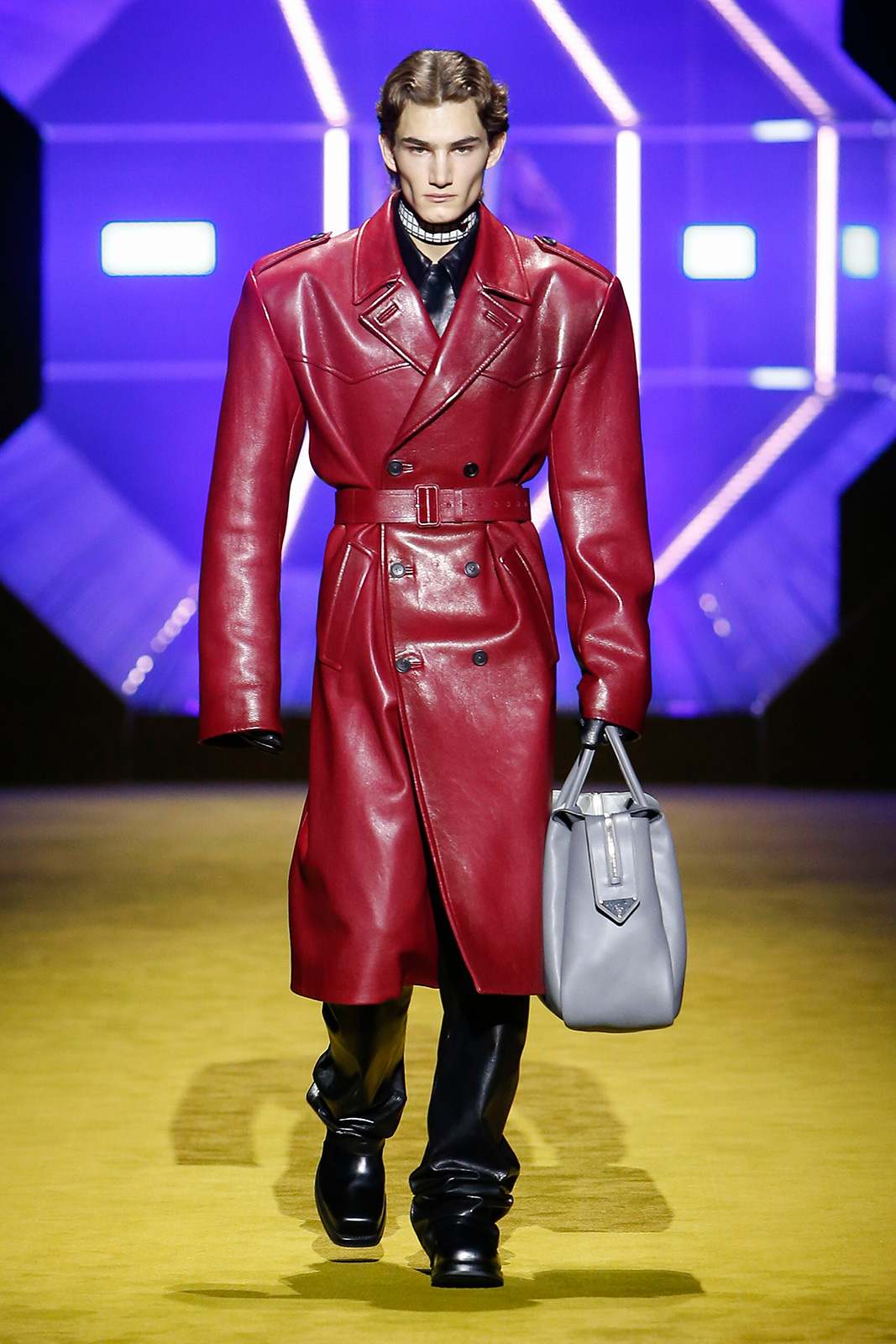 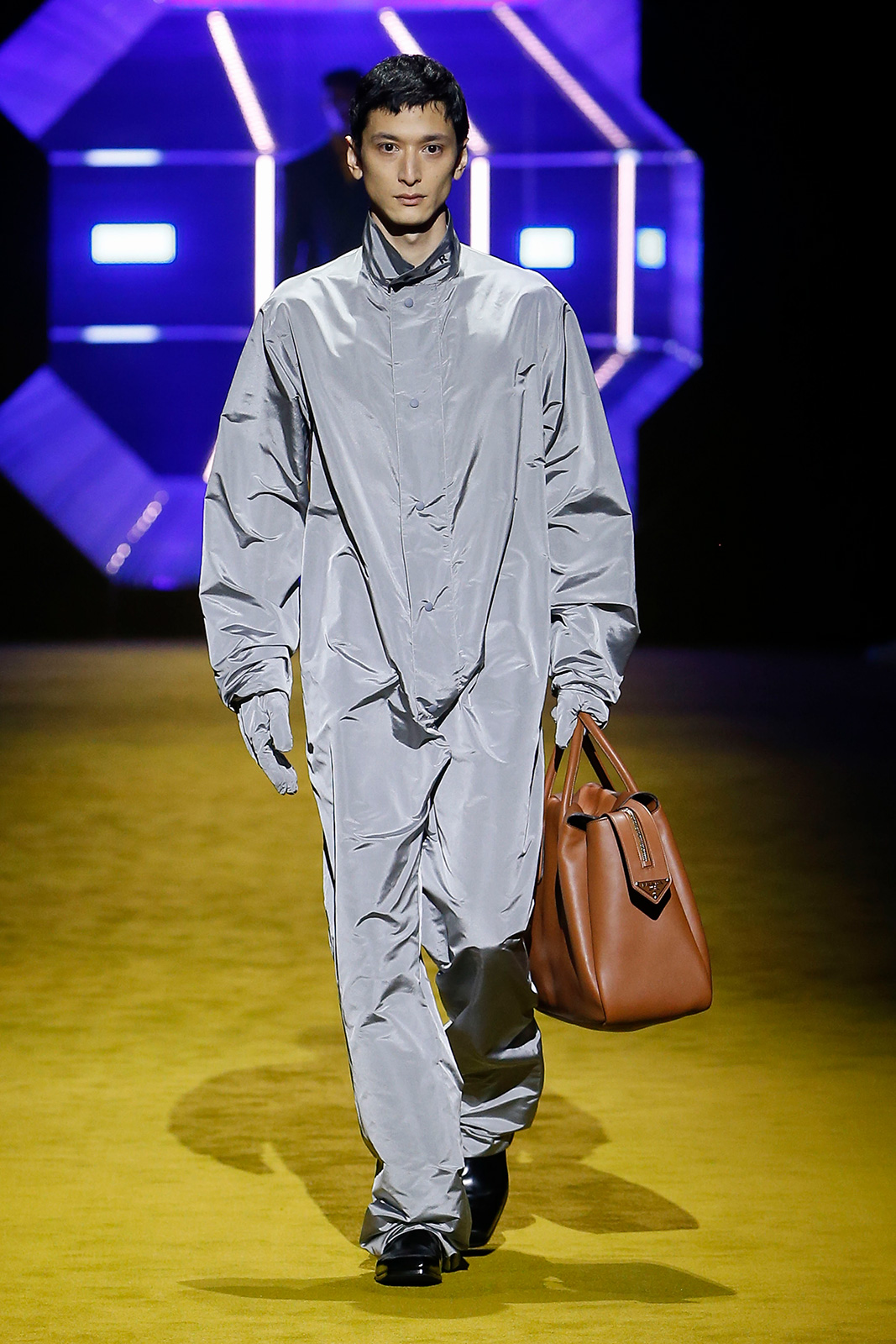 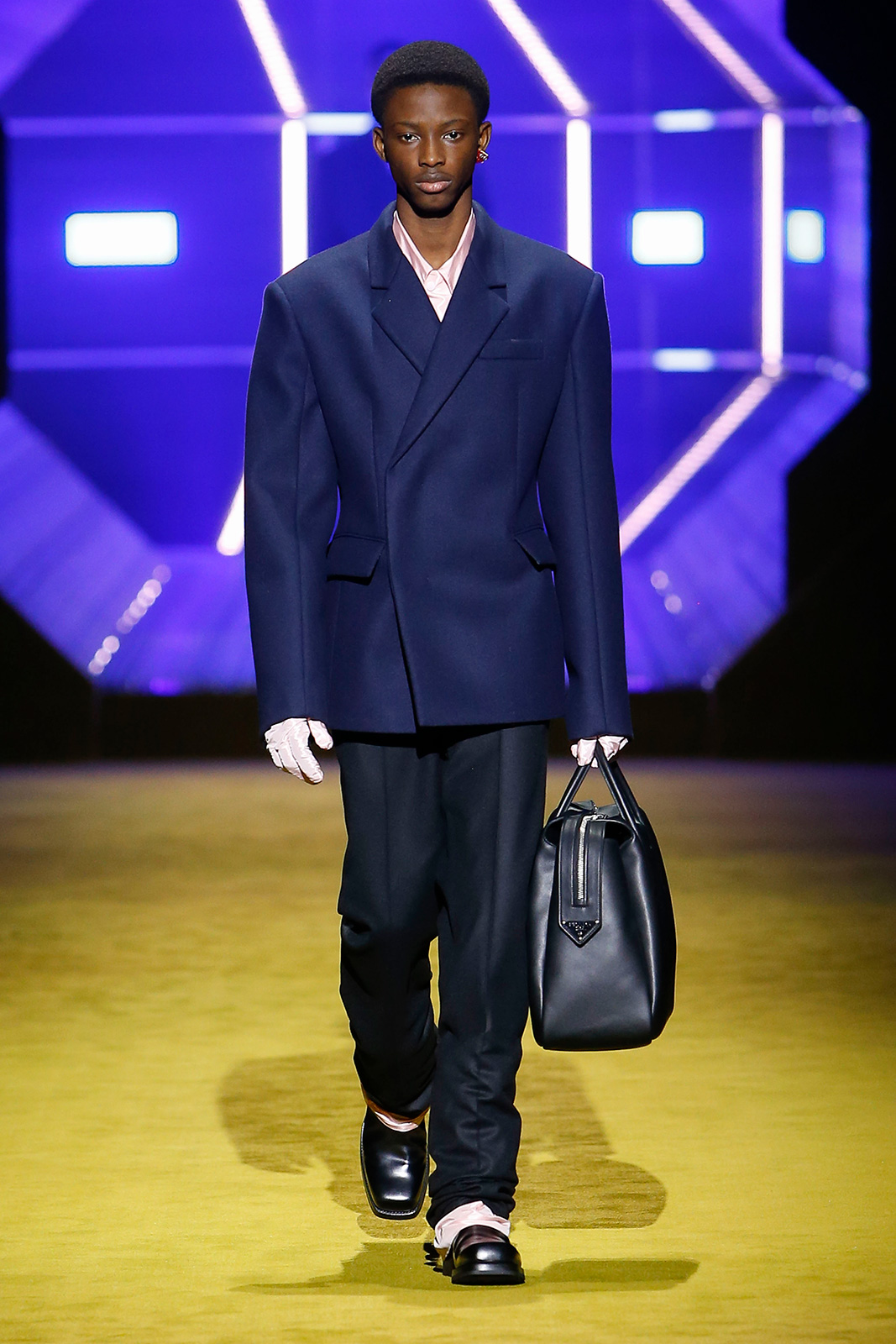 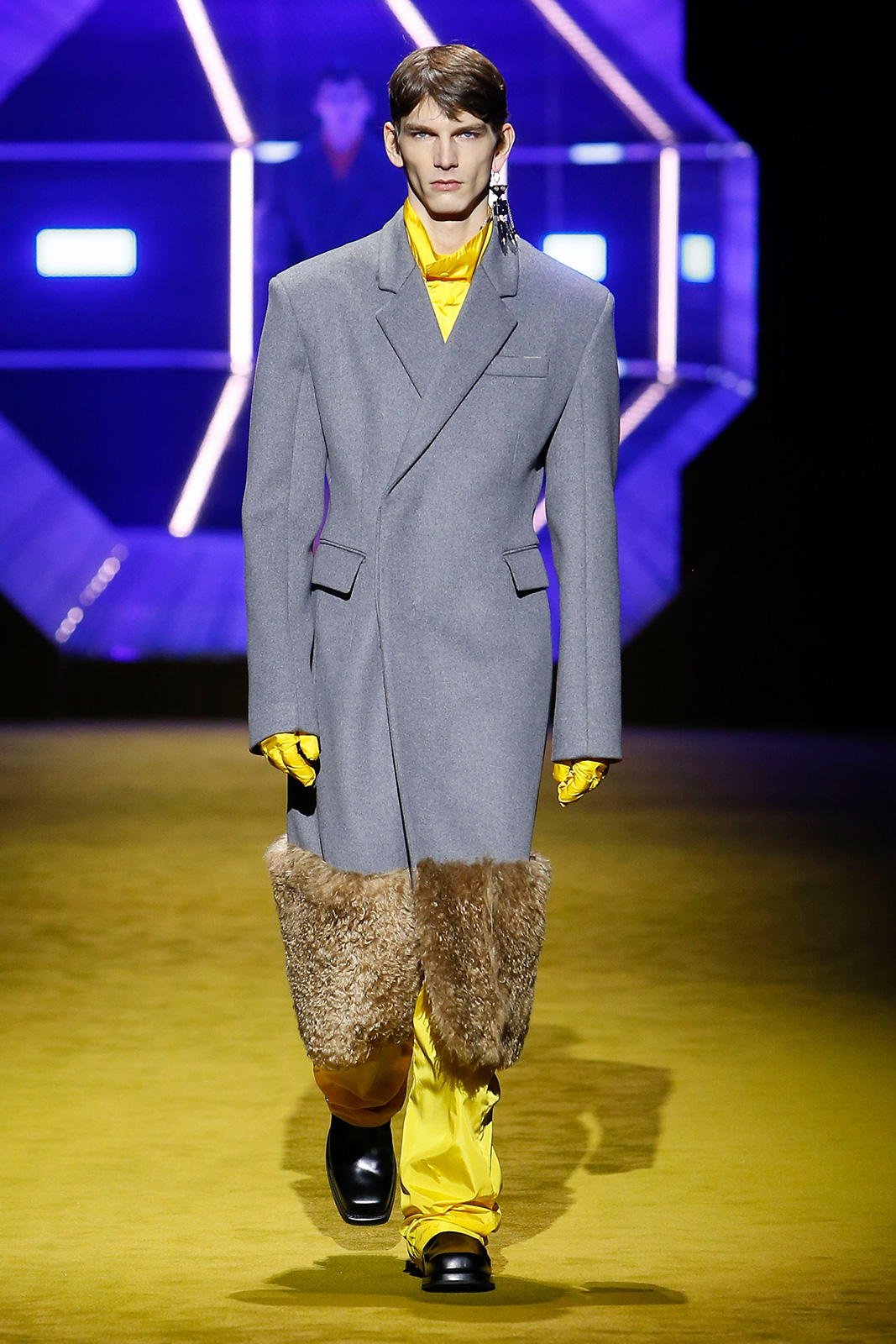 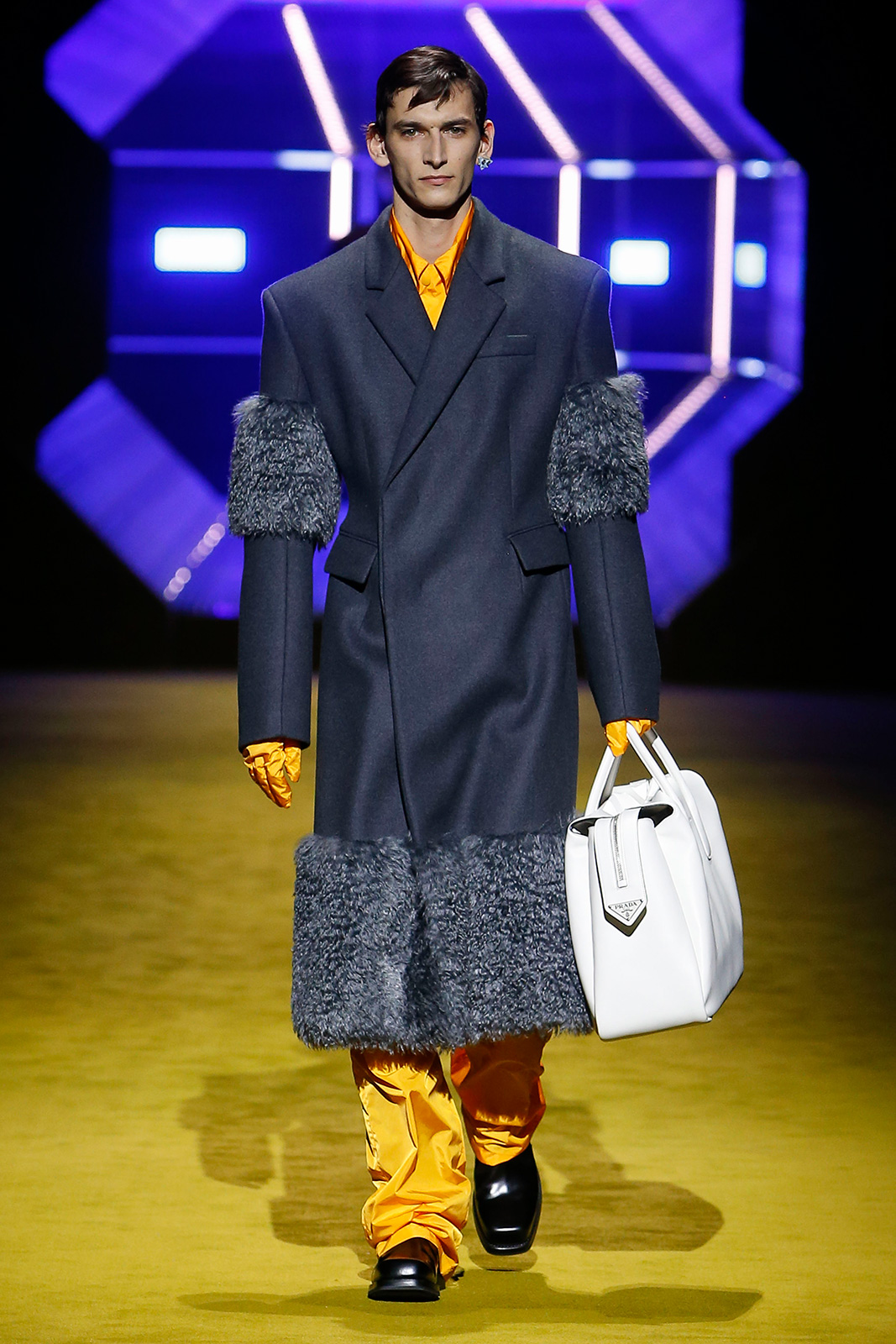 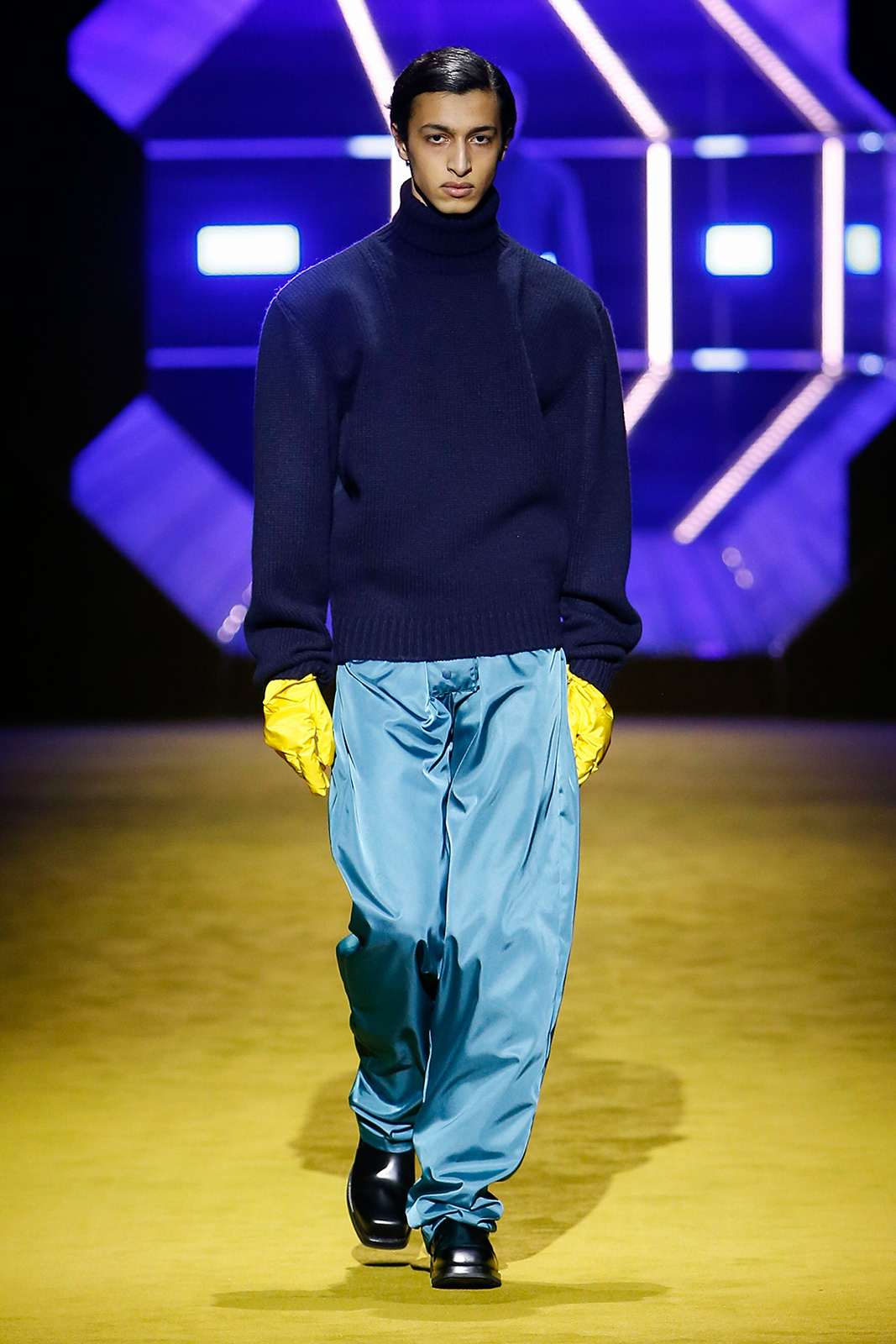 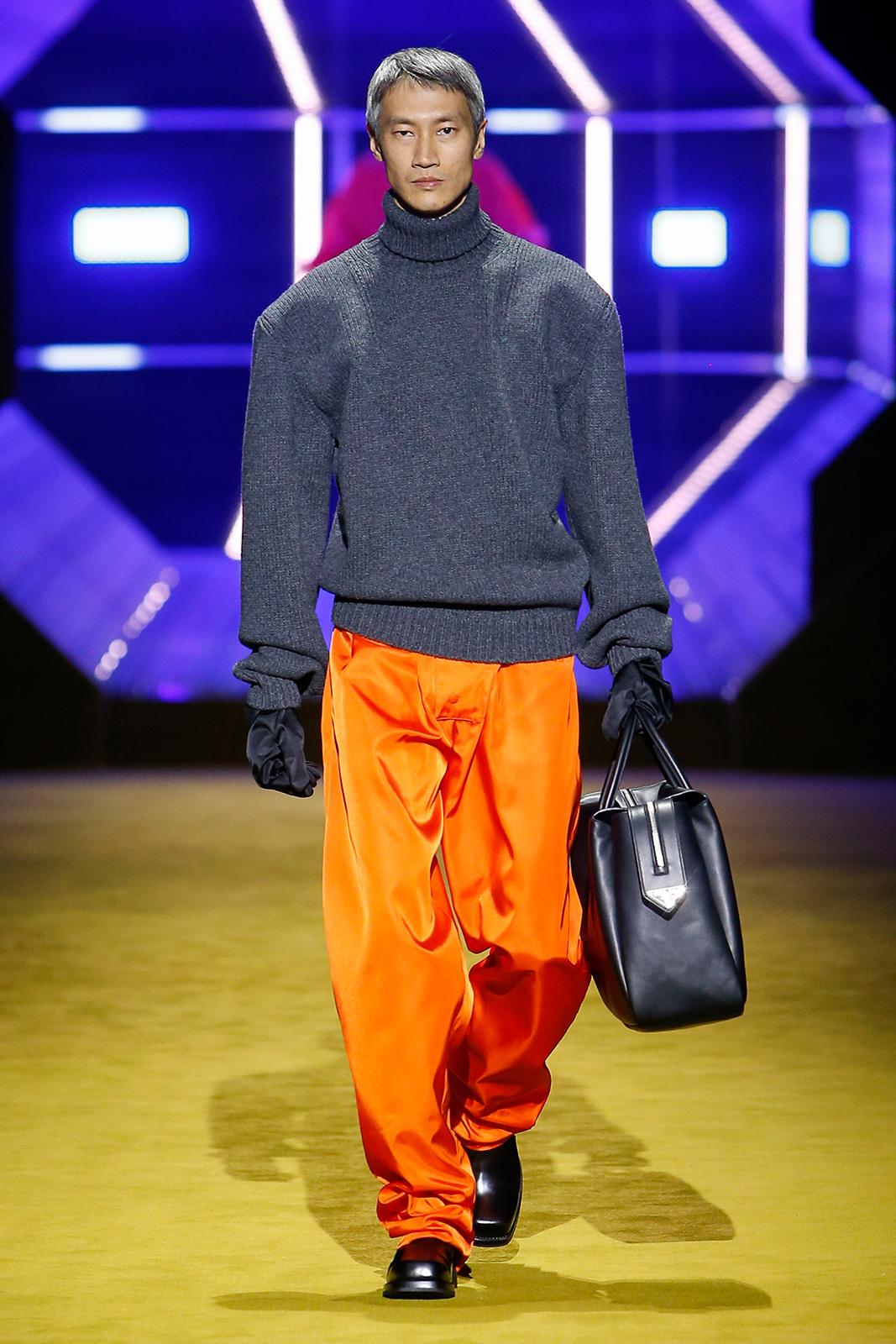 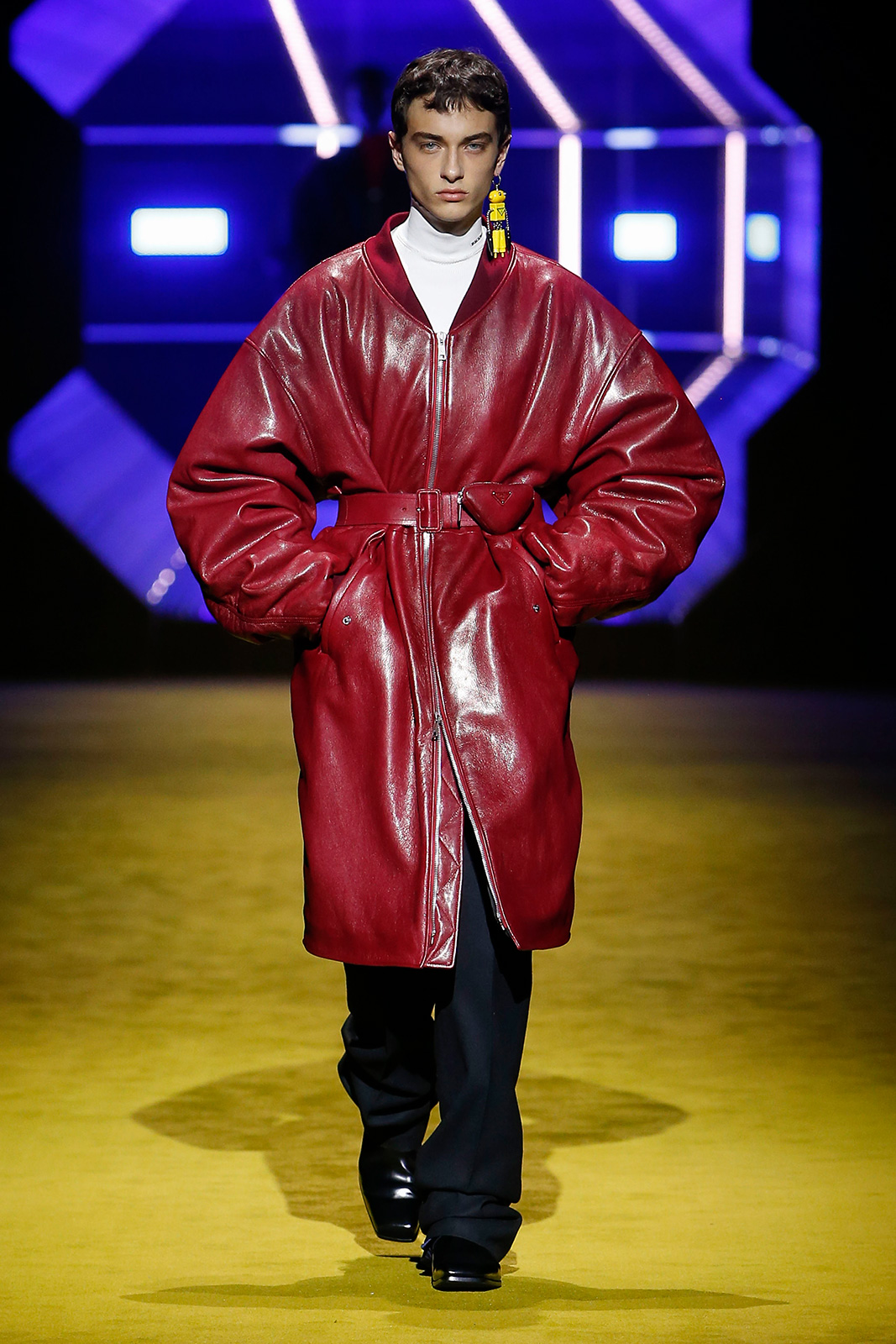 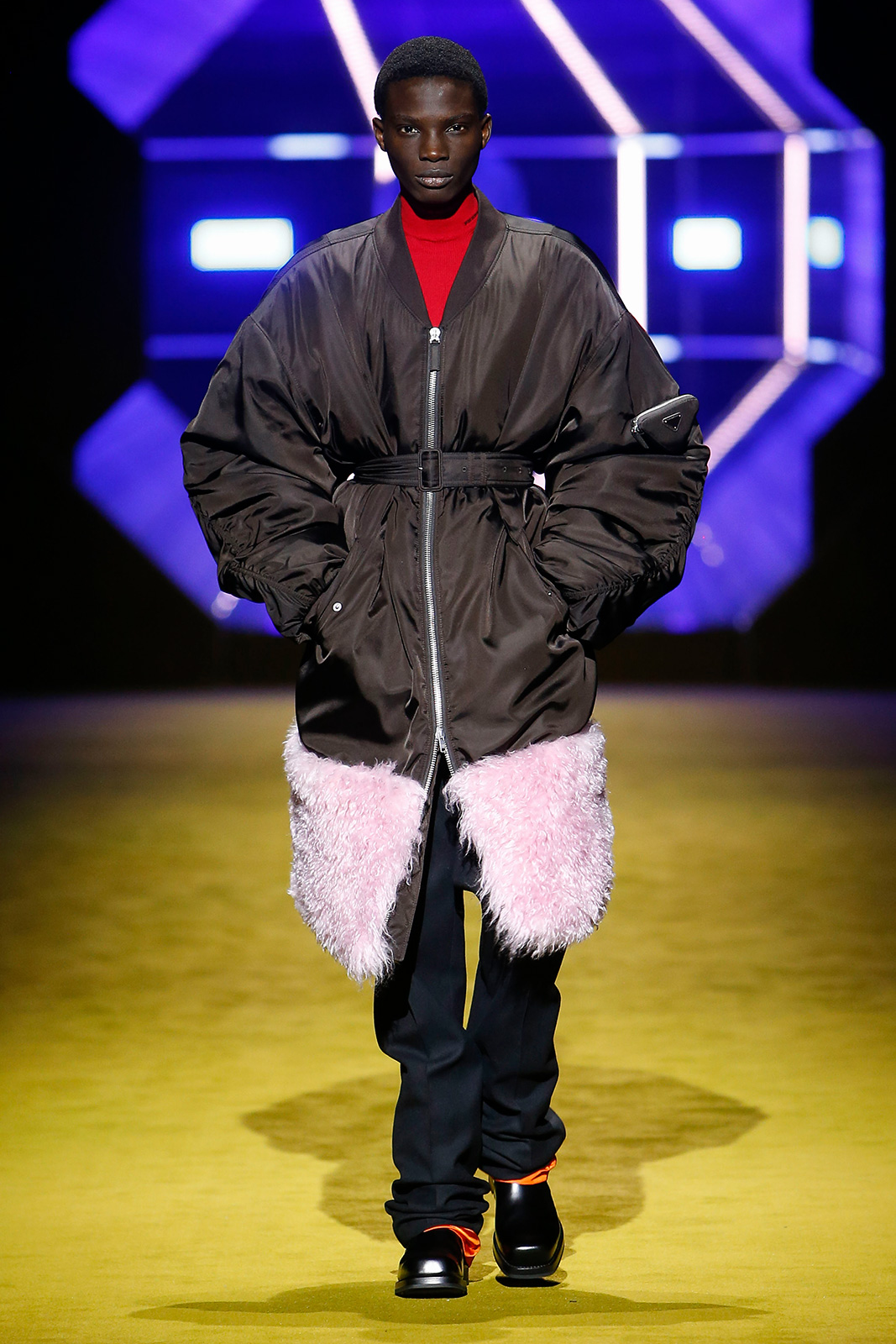 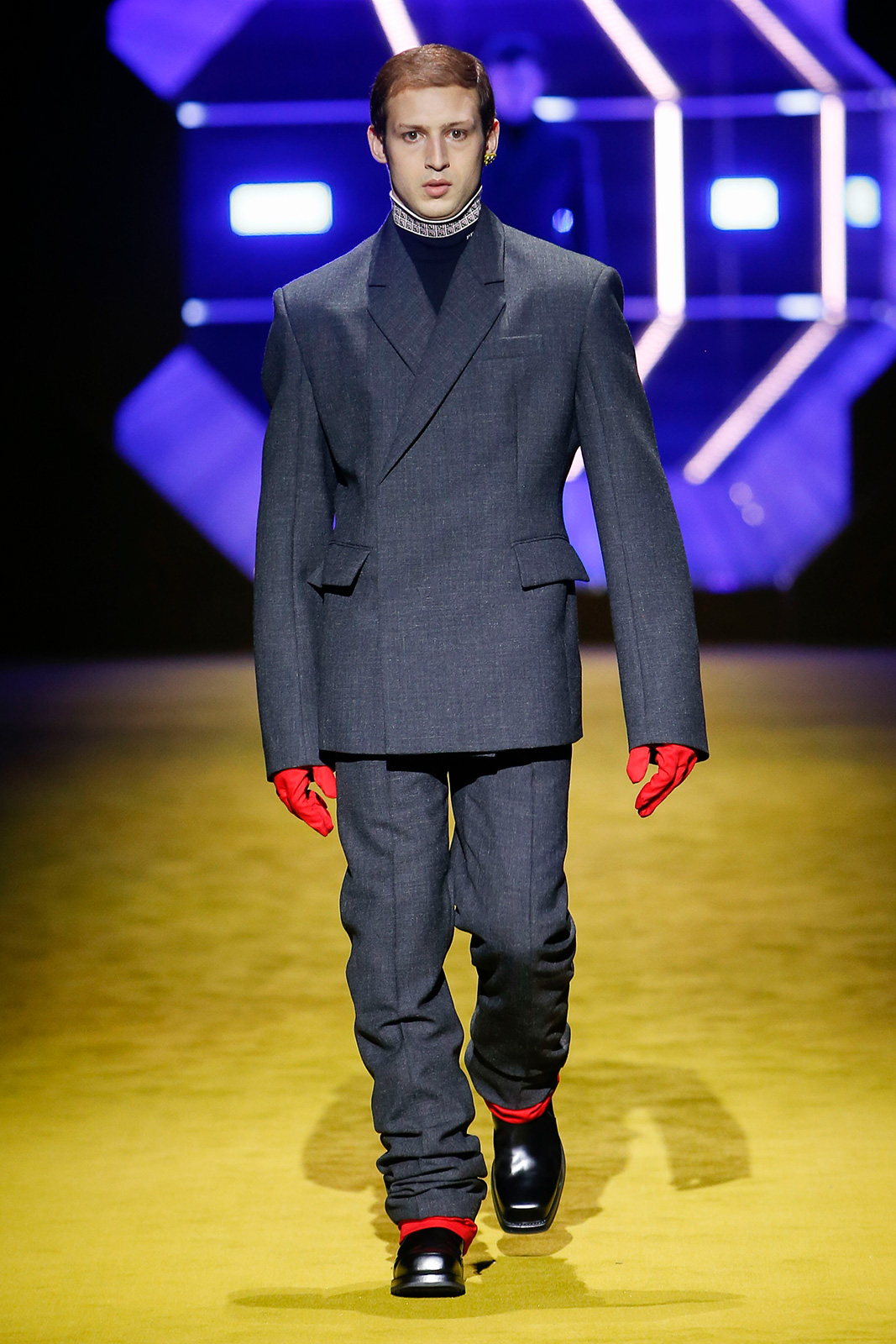 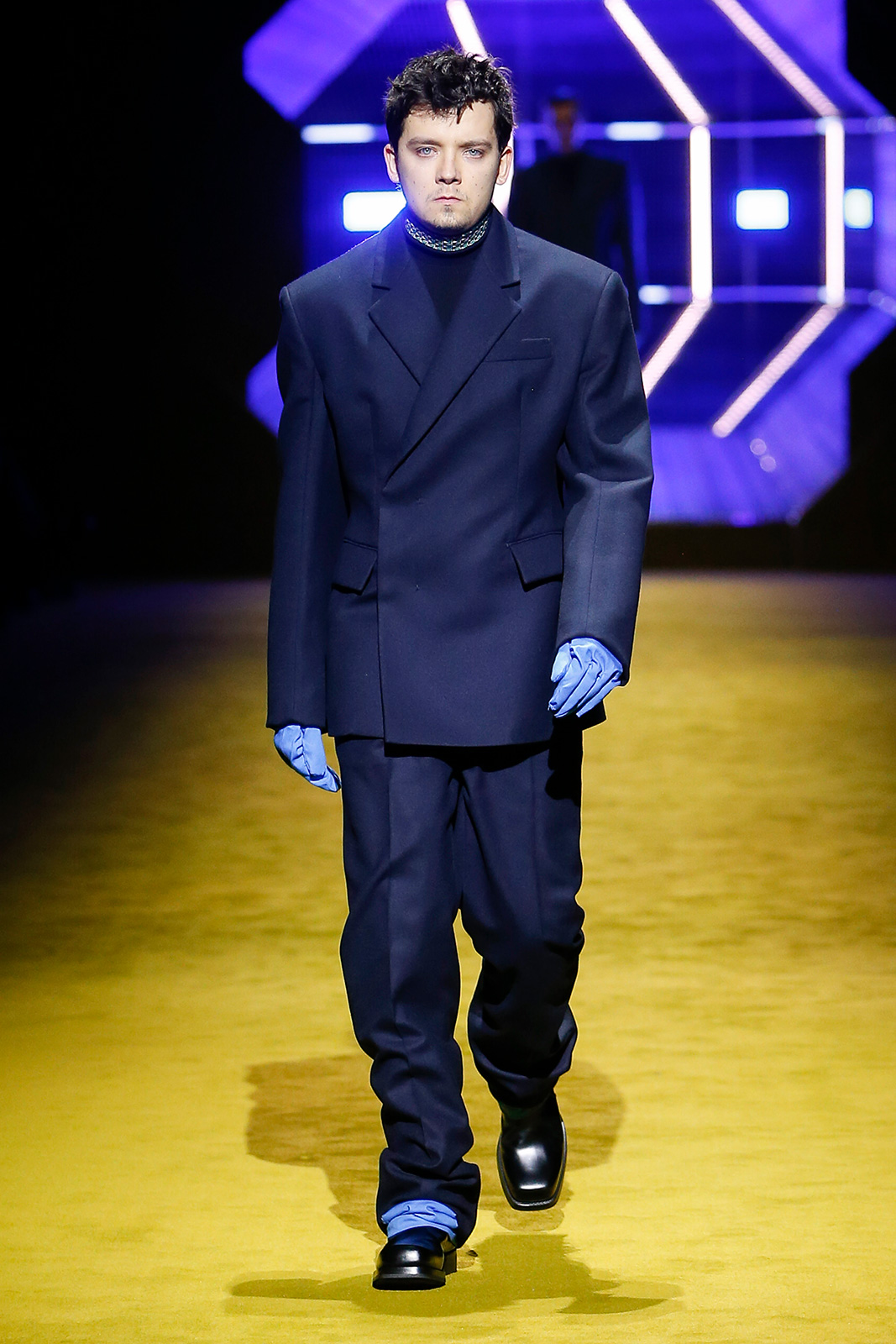 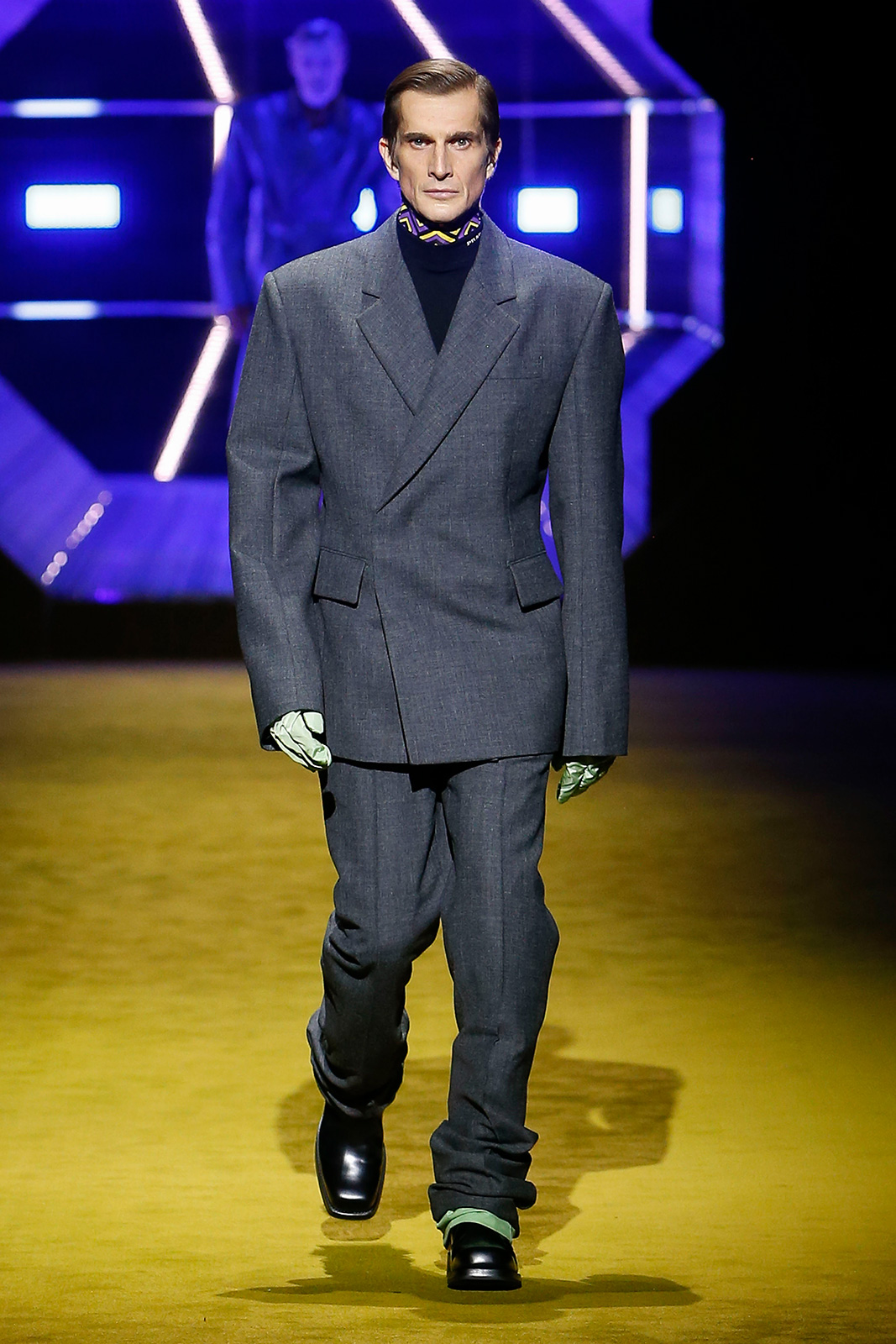 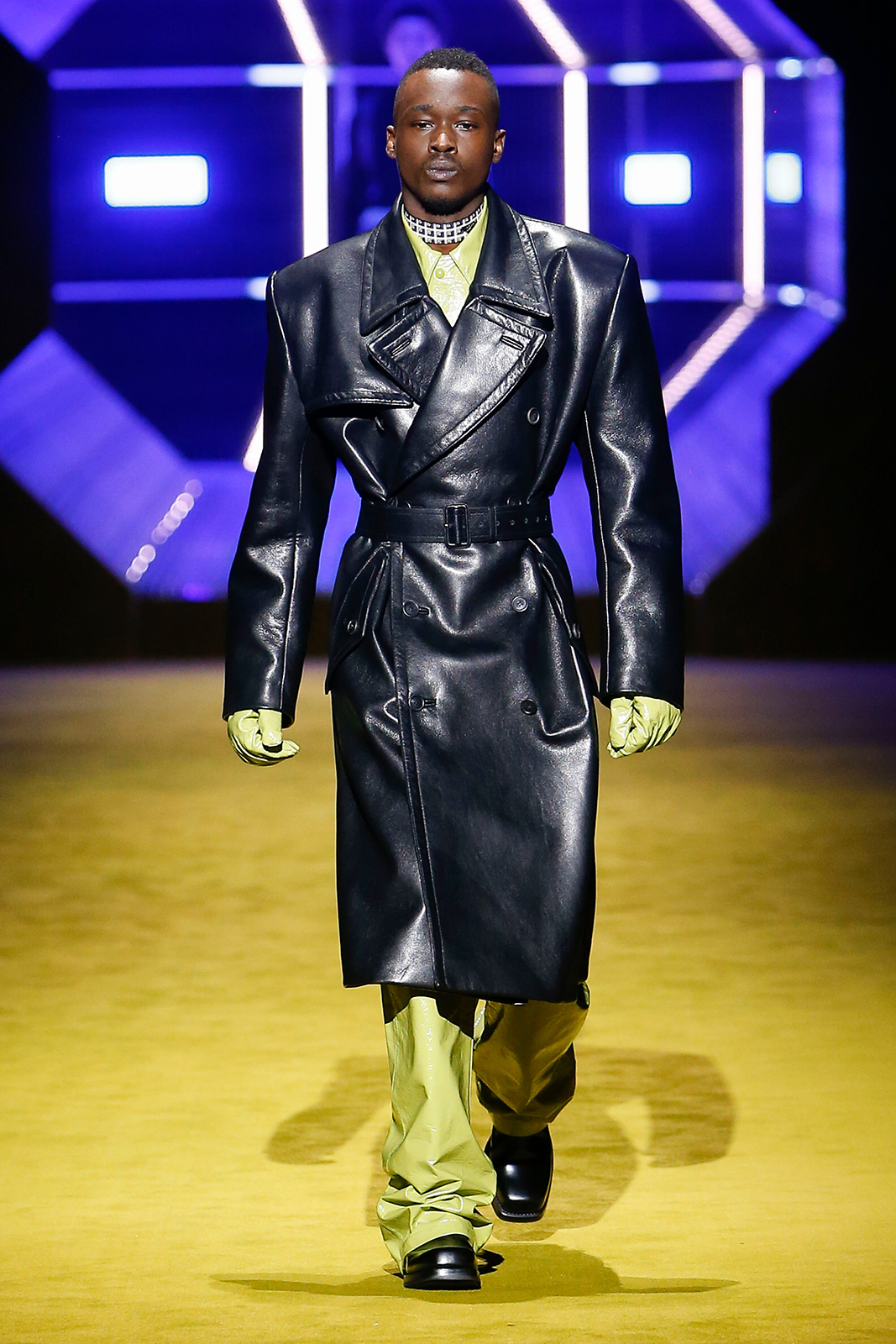 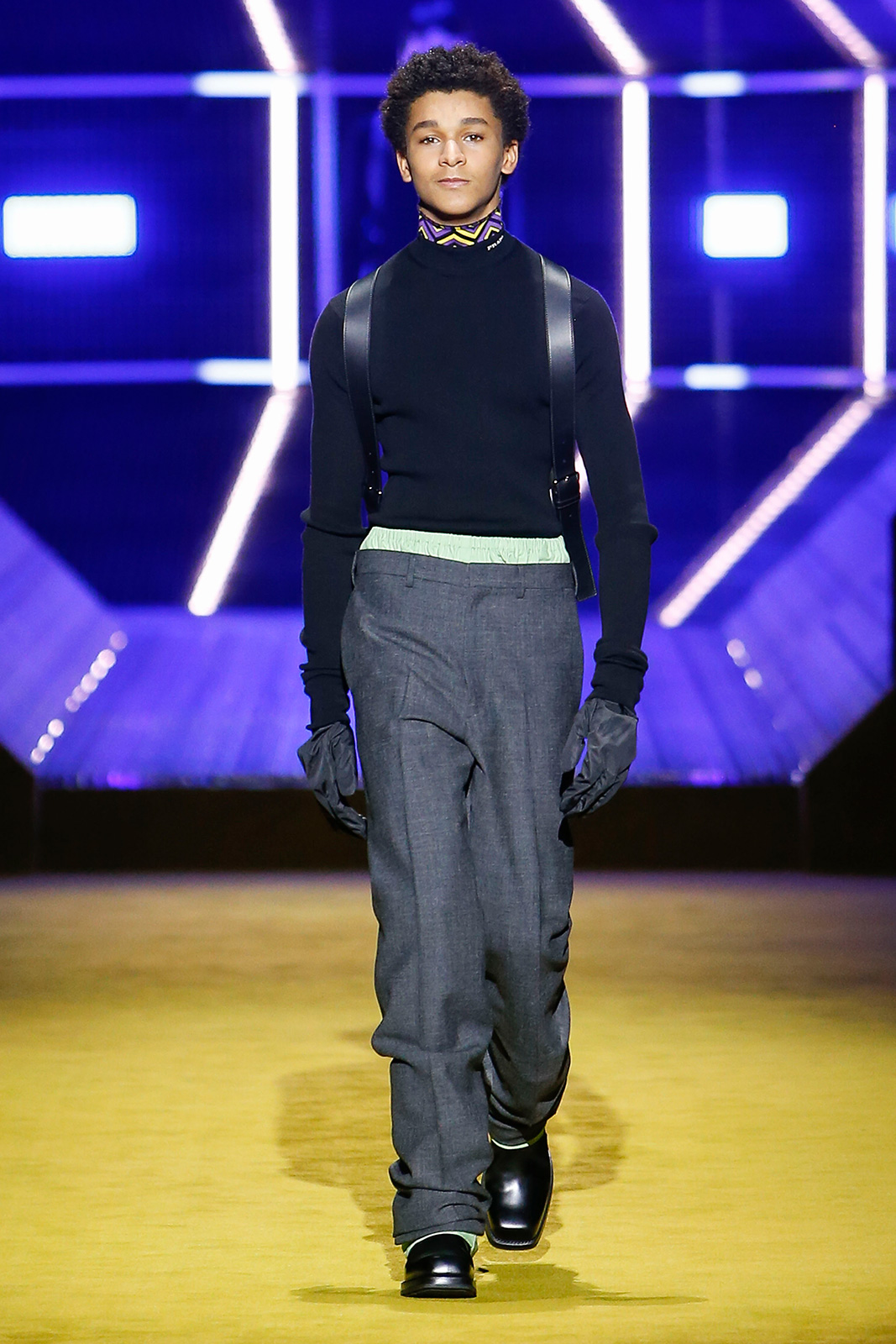 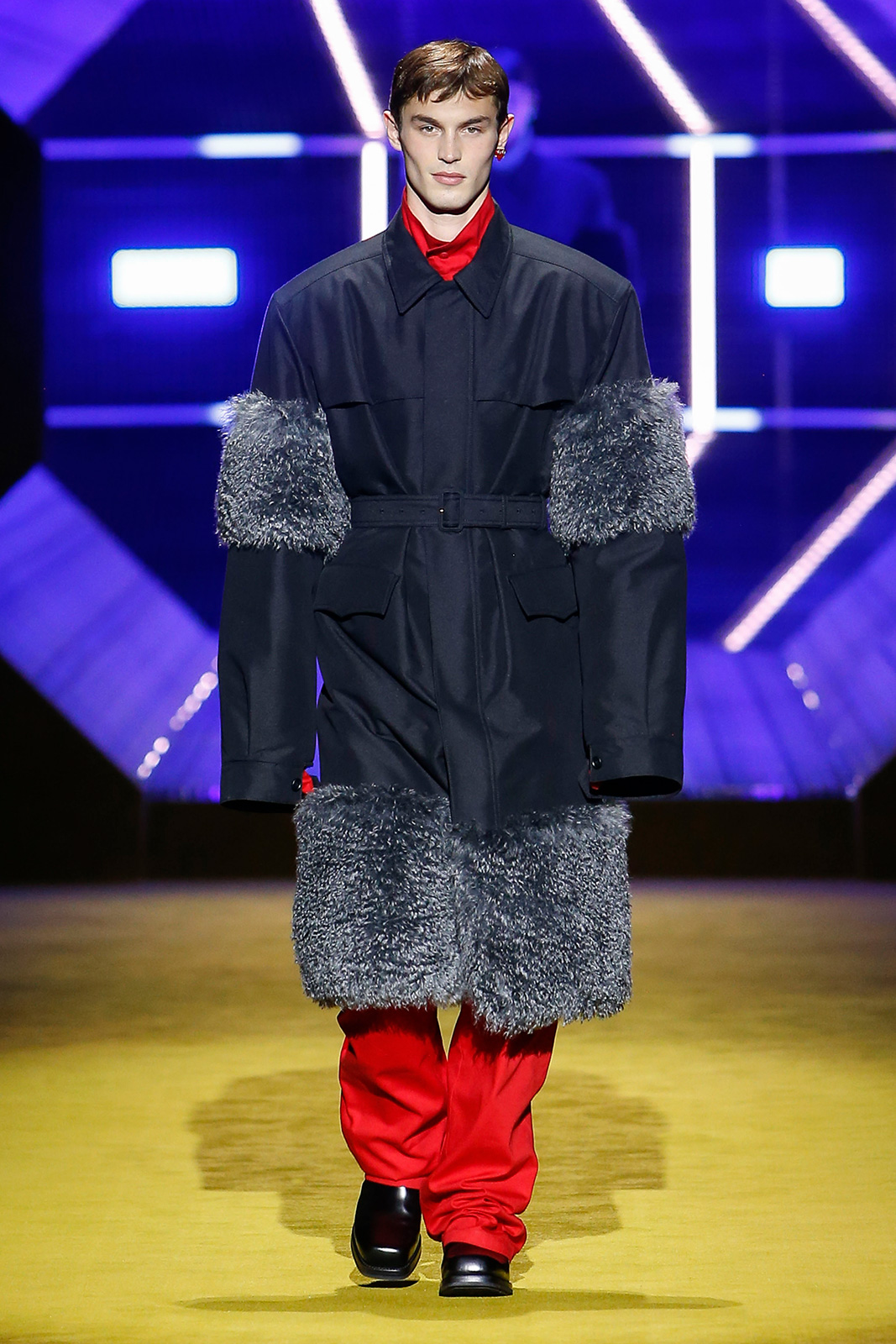 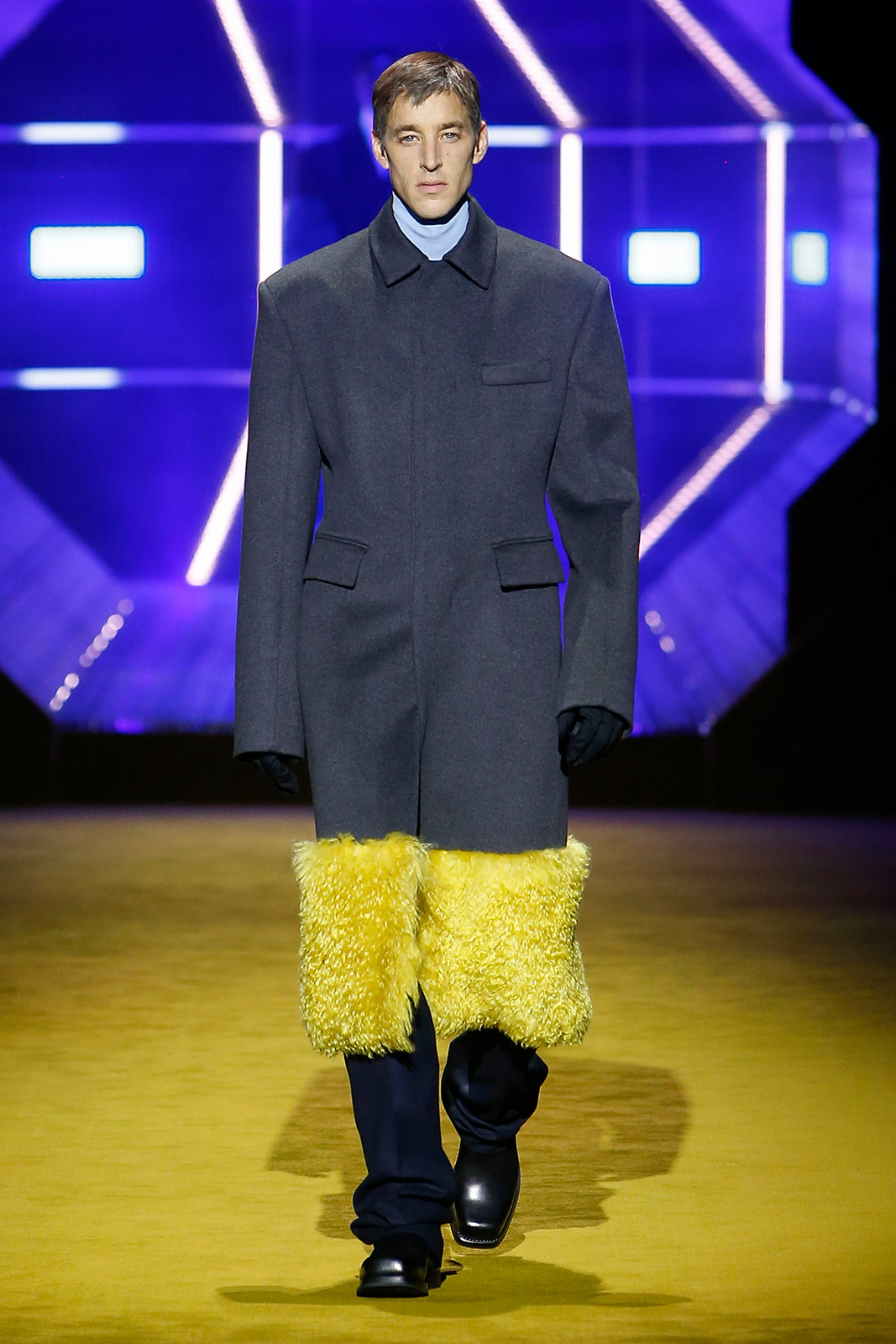 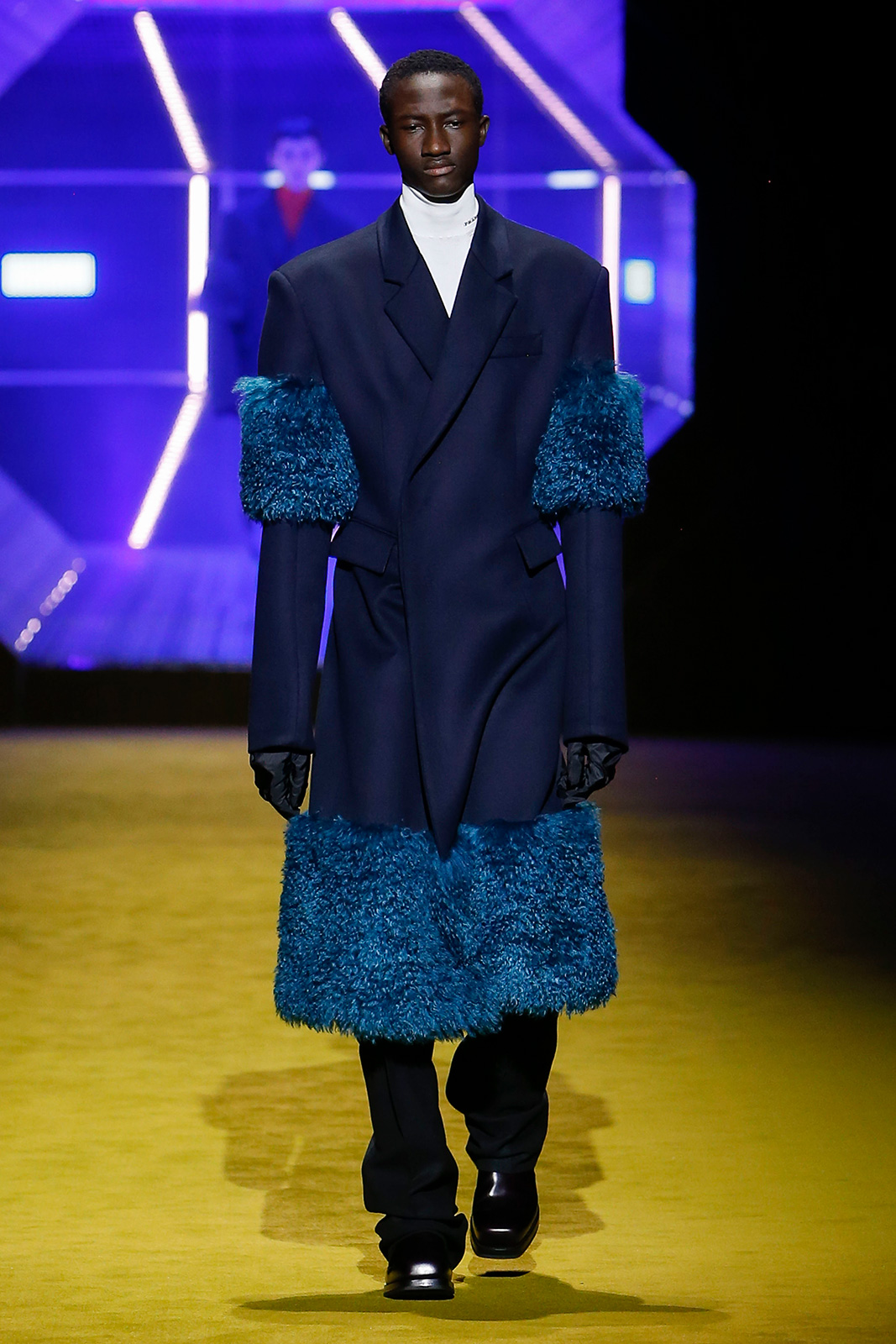 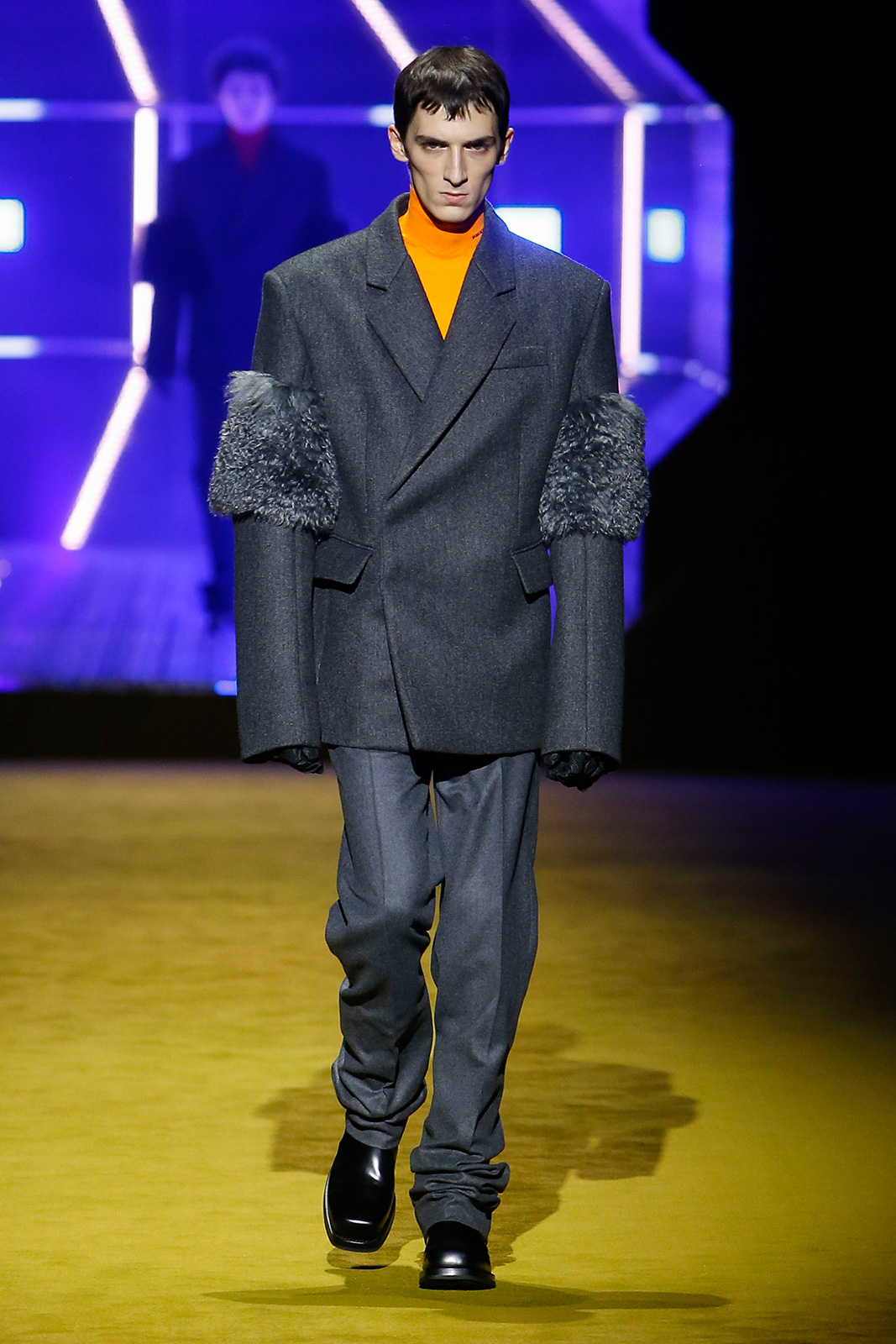 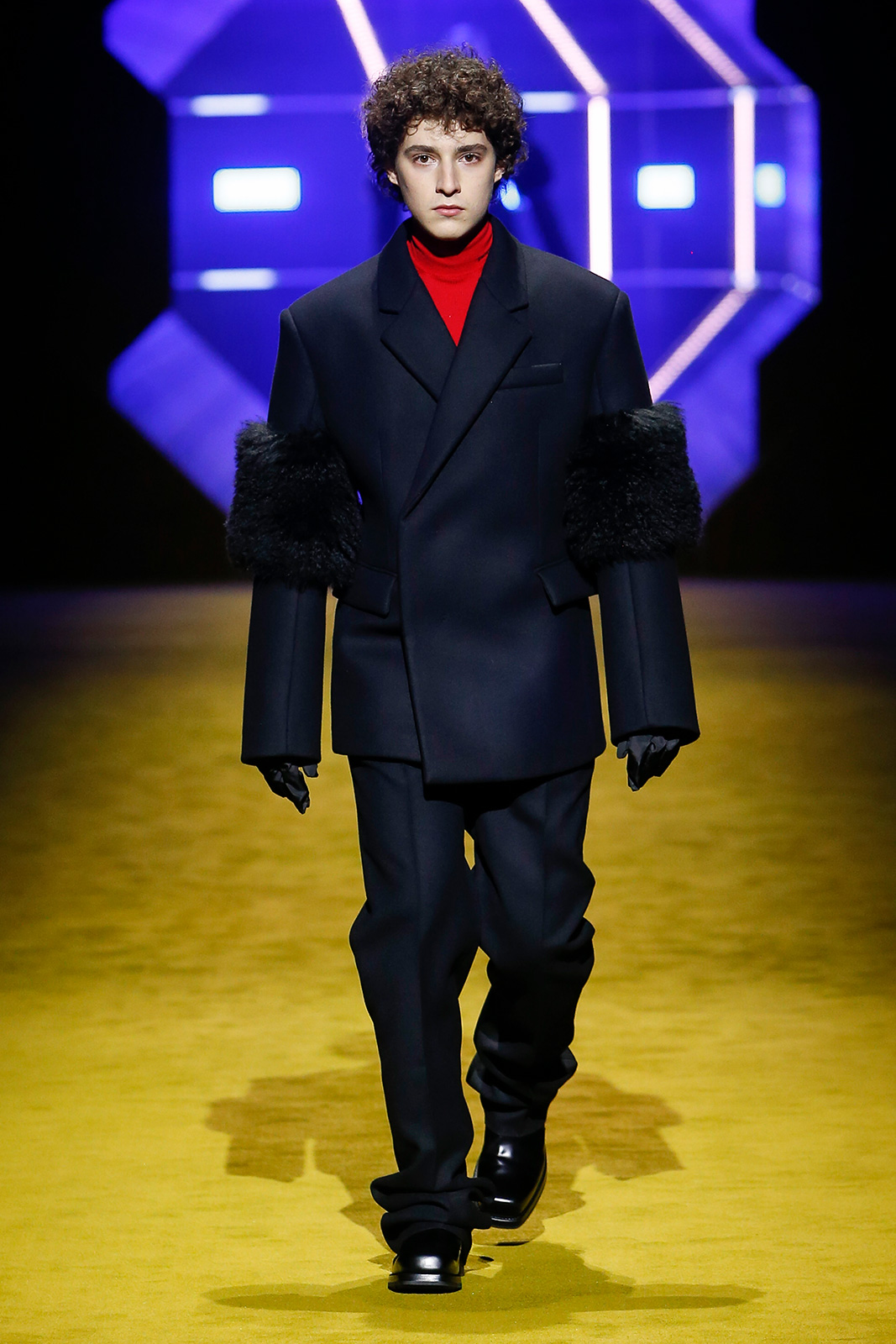