The new faces of fashion 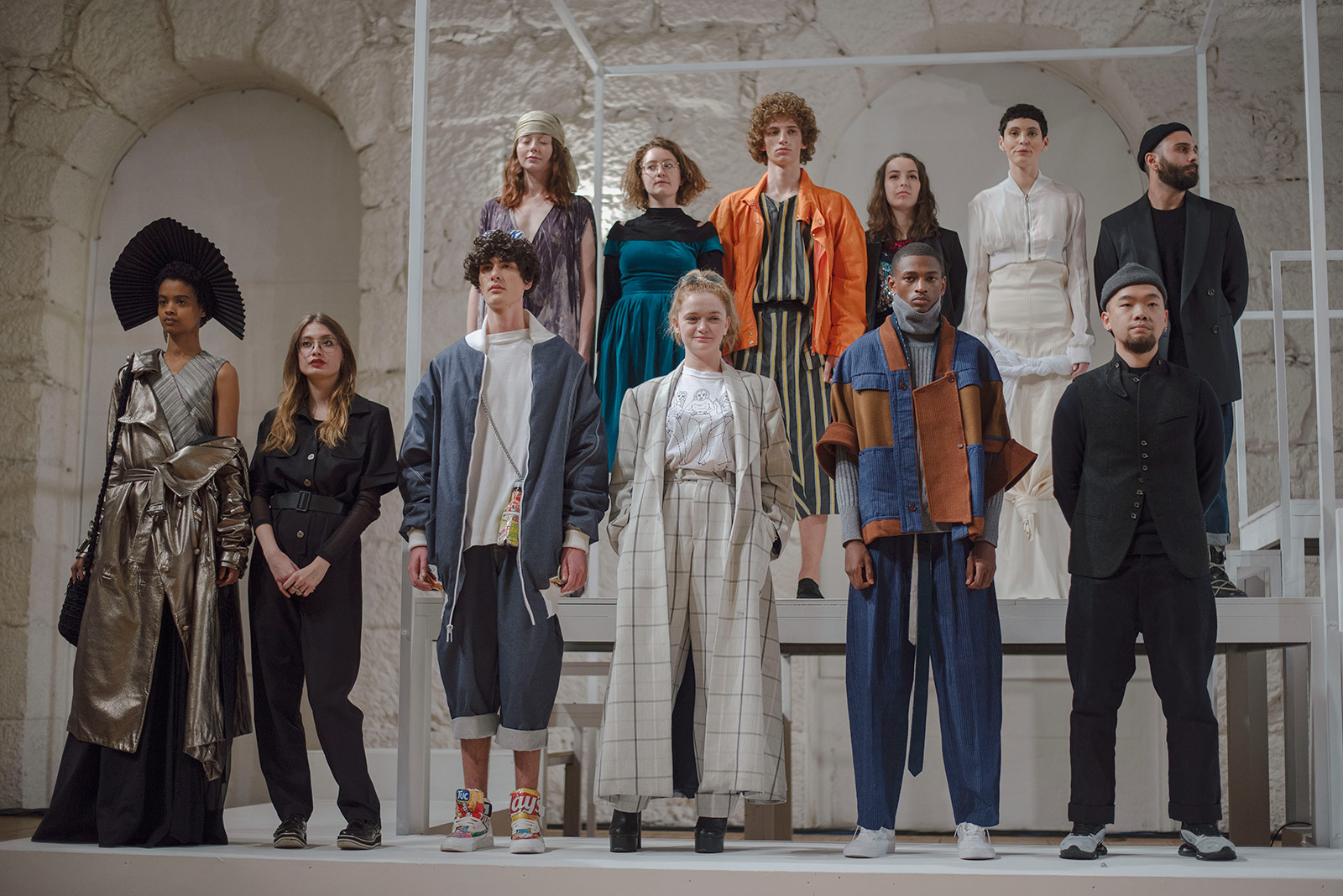 What does the future of fashion look like? It’s everchanging and affected by more fronts than ever in our present times. Yet, ModaPortugal aims to take a step back and bridge two key players: designers and manufacturers. Initiated by CENIT (Textile Intelligence Center) together with ModaLisboa, each year, top emerging fashion design students of eight different countries across Europe are invited to show their most recent collections in front of an international jury. This December, we were once again invited to see the new faces of fashion.
It’s early evening as we’re walking into the majestic entrance halls of Alfândega. Above us, elevated ceilings and exceptionally wide staircases that seem unlikely to ever have been used to its full potential. But one thing is for certain: history is present. Built between 1860 and 1870, the halls were originally constructed as part of a customhouse, but this evening, they’re decorated with exotic plants, chandeliers and an endless dinner table. It almost seems that tonight is about more than a fashion show of young emerging designers, it’s about a celebration of tradition – and a proud one at that.

Portugal has long been known for its skilled craftsmanship in the textile and clothing industries with much of the production coming from the northern regions surrounding the city of Porto. Although the demand for ‘Made in Portugal’ had a down-rise in Europe with the introduction of the euro in 2002 – changing the costs of labour –, big fabric factories such as Riopele (1927) have continued to show their level of quality, know-how and sustainable vision.

ModaPortugal started as an initiative with the hopes of bridging the future talents of the fashion world today with the quality of the Portuguese textile productions. Designed by CENIT, ANINEC and partnering with both APICCAPS and ModaLisboa, each year, twenty-nine fashion design students from the most prestigious fashion schools in Europe are invited to present their best designs in front of an international jury.

Starting with the United Kingdom, the list of schools ranges from Germany to Spain, France, Italy and, of course, Portugal, each allowing three designers to showcase three looks from their final graduate collection. The schools represented were the London College of Fashion (UK), ESMOD (FR), IED Madrid (Spain), Polimoda (Italy), AMD – Akademie Mode & Design (Germany), and three Portuguese institutions: Modatex Porto, Fa.Ulisboa and ESAD. And the categories? Best Overall Collection and Best Overall Footwear Collection (both are awarded a prize of five thousand euros) along with one winner from each country in each main category.

Speaking to one of the jury members, Gemma A. Williams (UK), writer and consultant, it seemed natural that the overall winner selected should be Zhikai Yang from ESMOD (FR). Not only did his collection present a profound understanding in craftsmanship, he also re-interpreted tradition, drawing from his Chinese heritage to produce “wearable garments that speak to innovative and fresh iterations of cross-cultures and globalized design. His act of smoking the garments was the poetic realization of the power of memory and the transformative nature of clothing.” 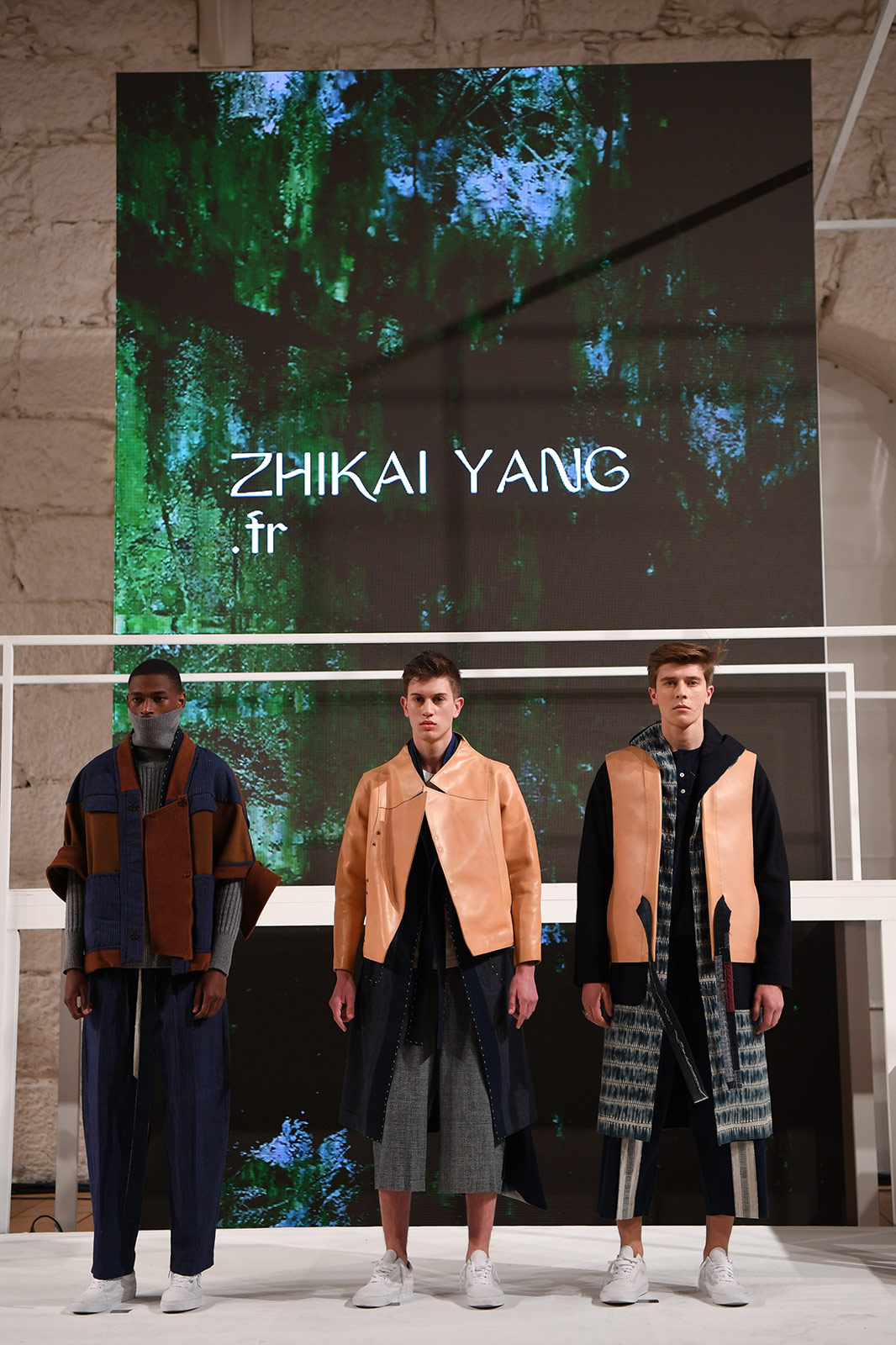 The winner of the Best Overall Footwear was the Italian Stephanie Grosslercher for her shoes, named Bottargue. Although limited to an all-black colour palette, the strong inspiration from the early and late works of Dada-Surrealist Man Ray gave the shoe volume, shape and, of course, humour – described by herself as “what an egg would look like dressed up as a nun”.

Another designer not to go unmentioned was Artur Dias, the designer who won the prize for Best Collection in Portugal. At first glance, his collection Rapture is otherworldly and included looks resembling adventurous fiction characters in full snakeskin pieces, among others. And sure enough, that is not far from how he himself describes the collection. It is a peek into a world of ideological freedom, where movement knows no boundaries and the aesthetics are inspired by both neo-classical architecture and historical-sci-fi-steampunk culture. 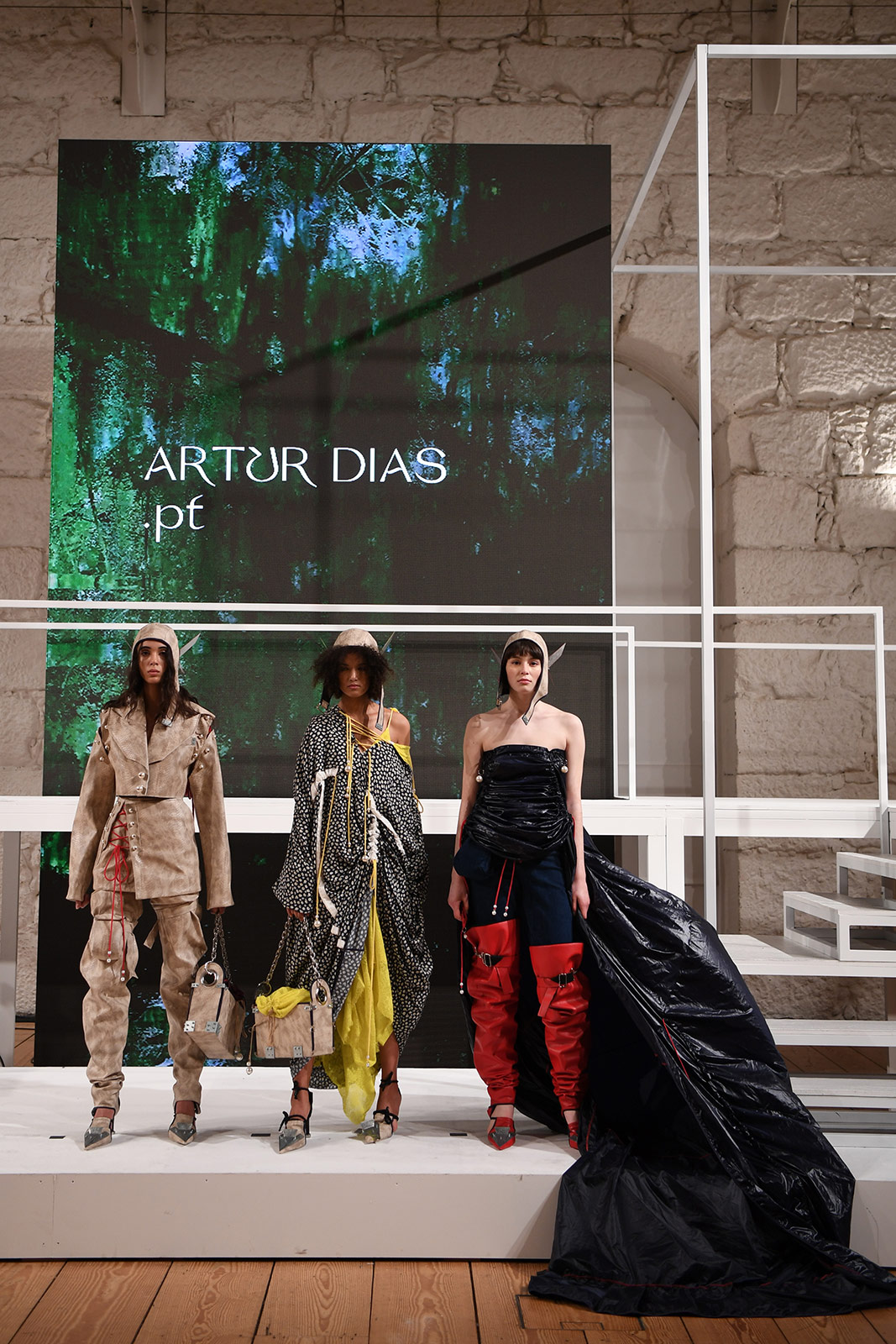 On another – more classical – spectrum, we found Frank Lin. His collection, titled Muse, wins the Best Collection in Germany with his beautifully tailored (yet deconstructed) classic menswear. His idea was to confront the traditional designs of tailored menswear with the conceptual idea of finding inspiration in the modern-day muses: influencers. The Internet has given them a new control over their self-expression allowing them to channel new ways of seeing manhood.

By combining these online personas, he deconstructed classic men’s fashion for a new type of customer who is not afraid of femininity. In a brief interview with him, he names Jordan Henrion, Mikko Puttonen and Henrik Lischke as his muses. Not until his collection was finished did either of them have any idea that they were helping to create a collection. However, talking to them after, they seemed honoured to have been part of the conceptual designs. 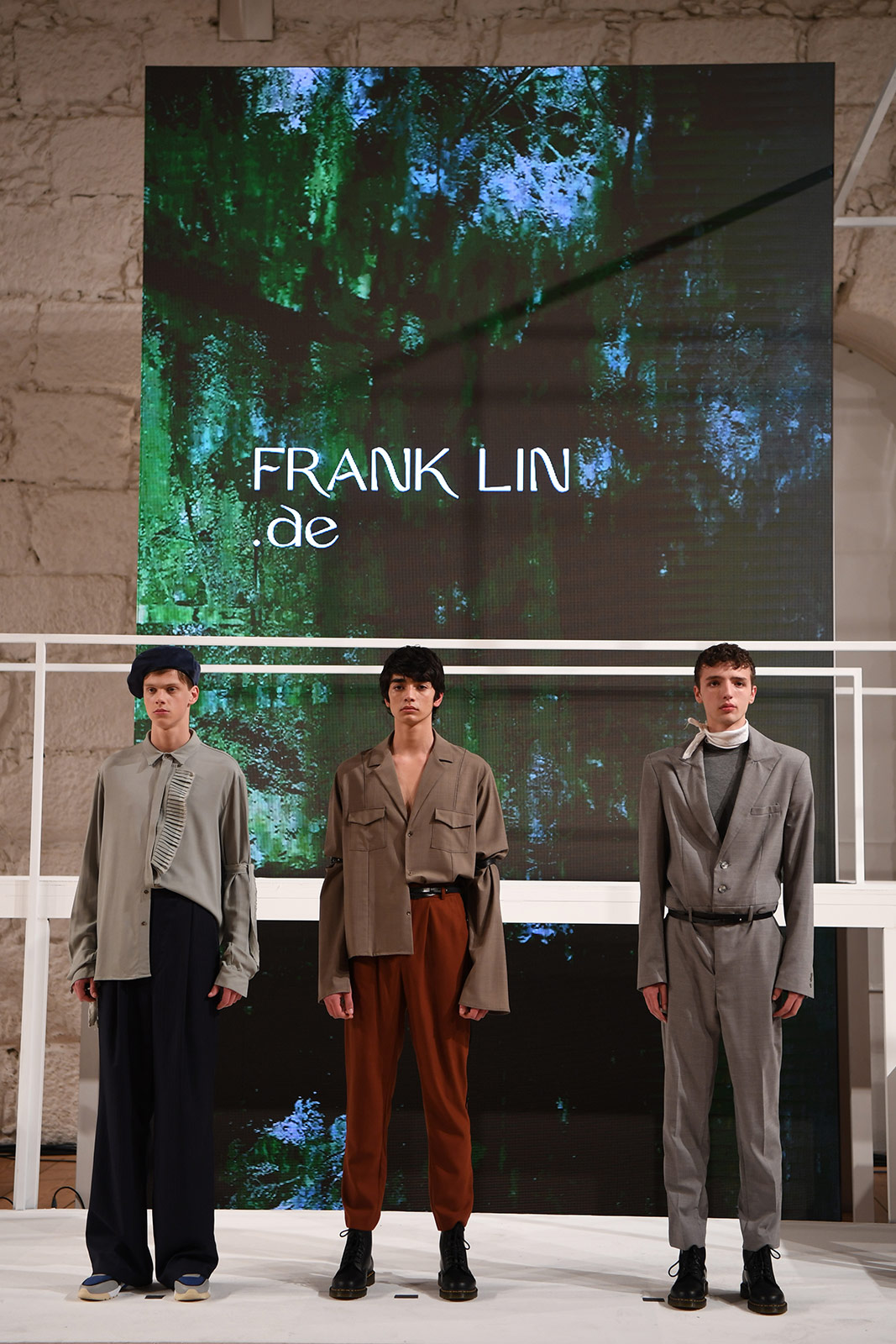 Looking to the future were the two German students Lukas Viering and Mercel Mentzel in their collection Traverse. With the intention of bridging the fashion industry with modern technologies, the two diverse designers, one fashion designer and one special designer, looked into the possibilities of combining deconstructed silhouettes with technologies used in architecture and 3D design. The result: exaggerated, functional sportswear with 3D printed objects made from algorithms to make sure that each design was rooted in originality. The concept definitely caught everyone’s attention, but unfortunately, it wasn’t enough to win an award this year. Speaking to them shortly after, they ensured us that they will continue their collaboration in the future to develop more combinations while including more classic tailoring. 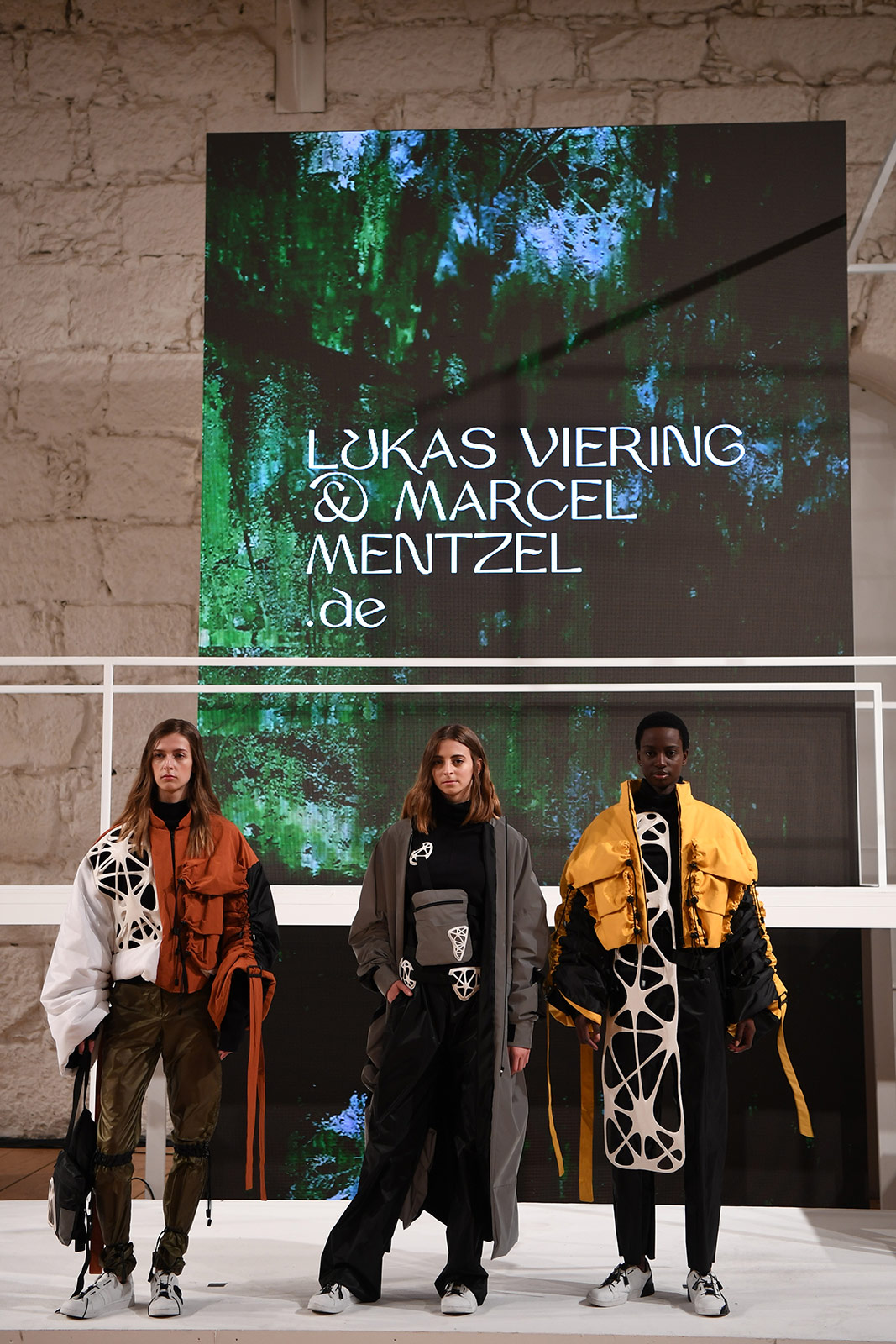 Carolina Koziski becomes the winner from Spain with her collection In The Night. Her pieces not only were a tribute to all creative and free-spirited women, they also transformed the outlines of the models to artworks in architectural shapes. Seeing garments as a second home (right after our skin), architecture became her main inspiration as designs created to form and protect our bodies. 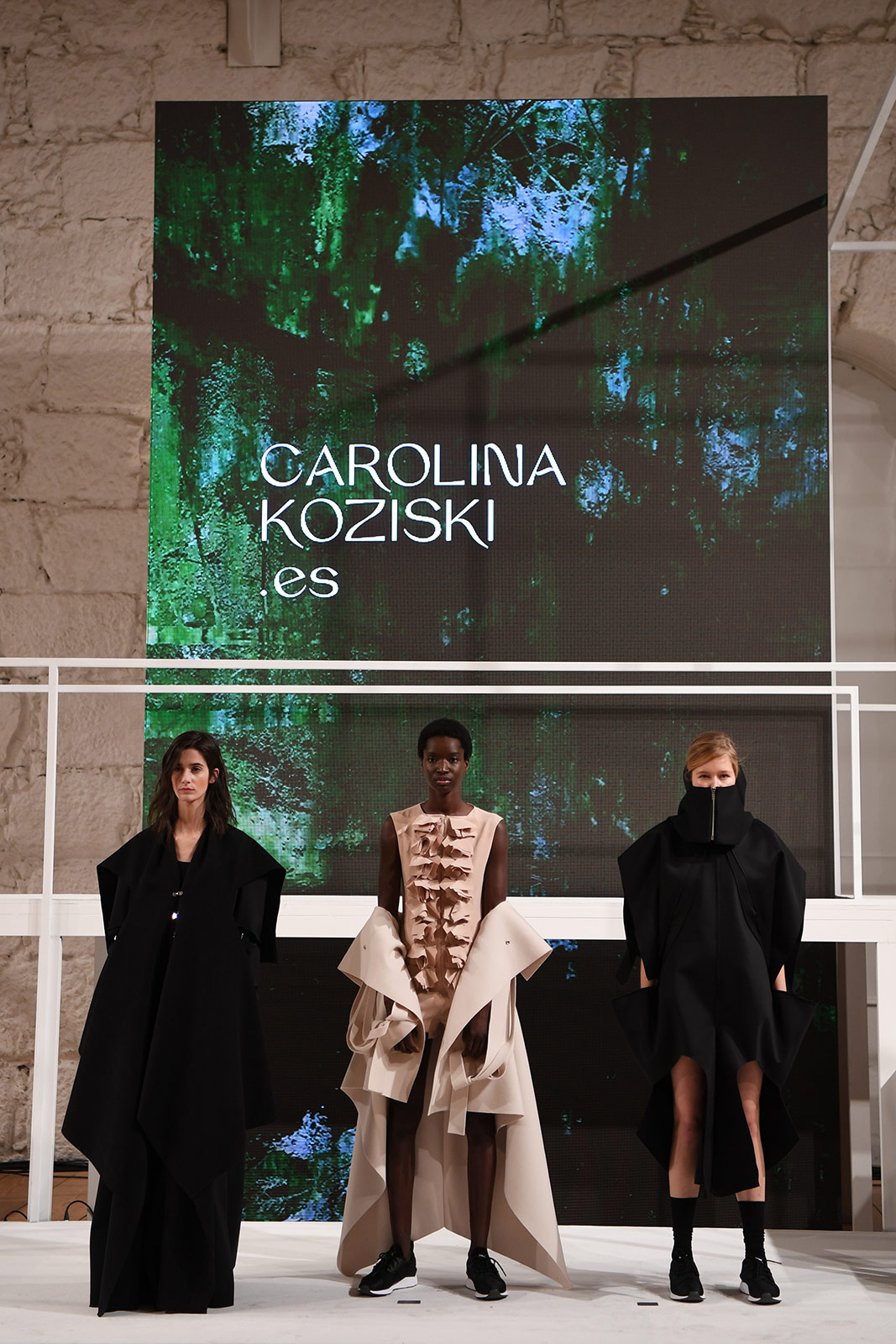 Another Spanish designer we liked, from IED Madrid, was Efedehache. Taking inspiration from the body, her designs told the story behind the skin marks and imperfections on our skin that reflect our life experiences. Her designs were shaped in beautifully layered silhouettes established by more than a hundred shades of nude hues disrupted by design paths of open wounds and scar simulations. 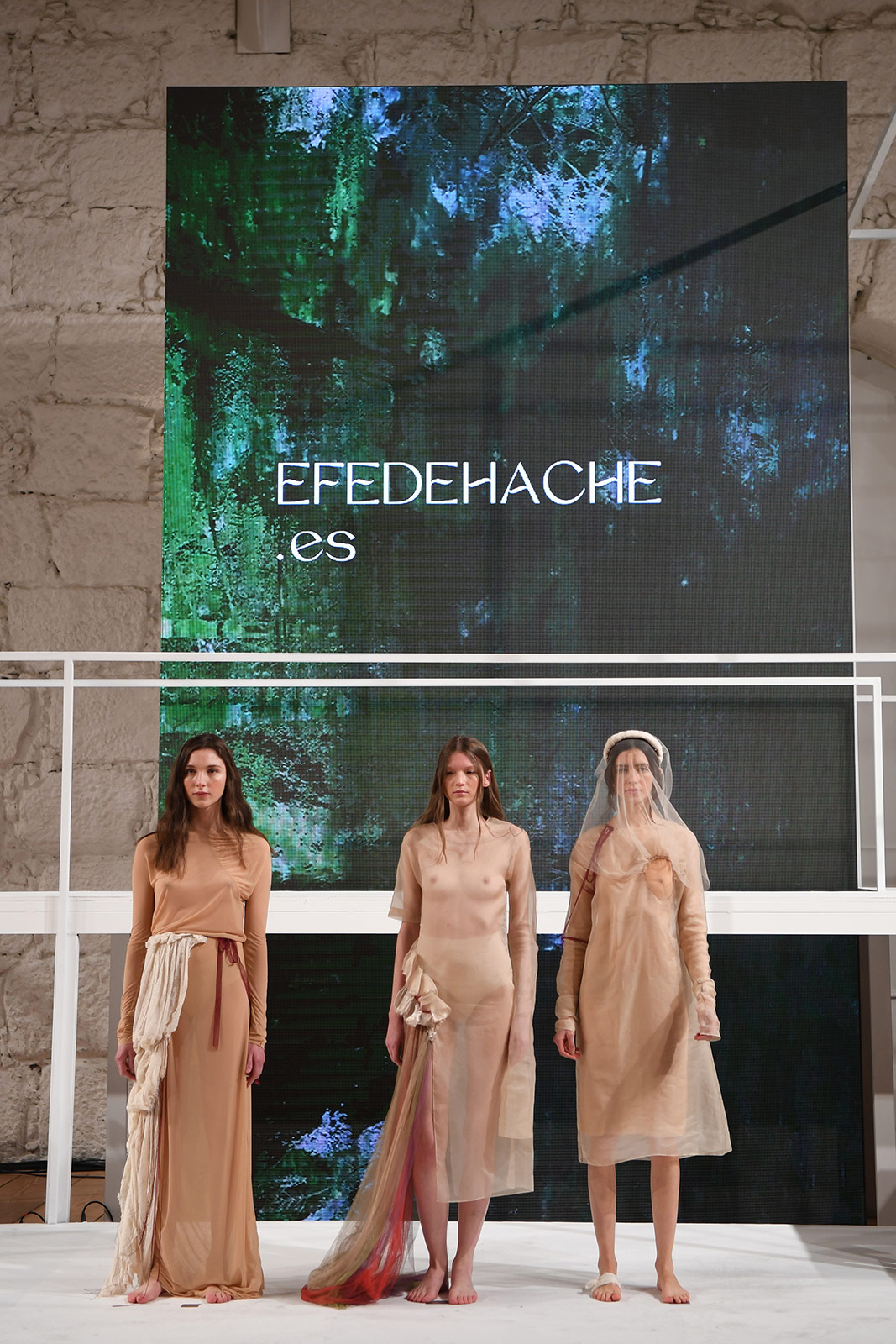 Also worth mentioning was the German designer Selina Zenker with her collection Undivided Ground. Her garments comment in opposition to the rise of nationalism and right-wing populism while inevitably reminding us of the iconic works by Martin Margiela. 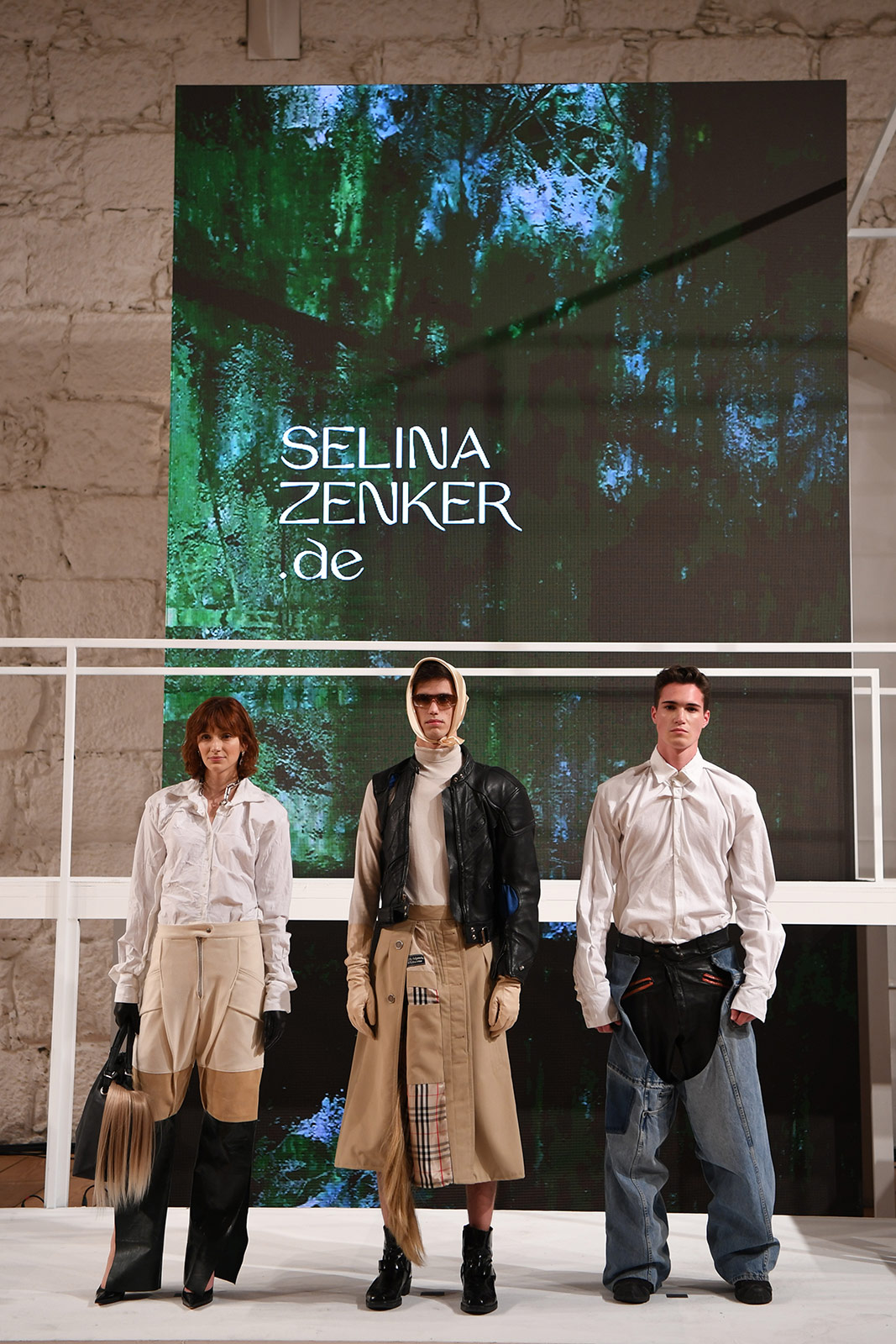 The rest of the winners from each country were Giulia Masciangelo from Polimoda (Italy) and Yelim Cho from the London College of Fashion (UK). 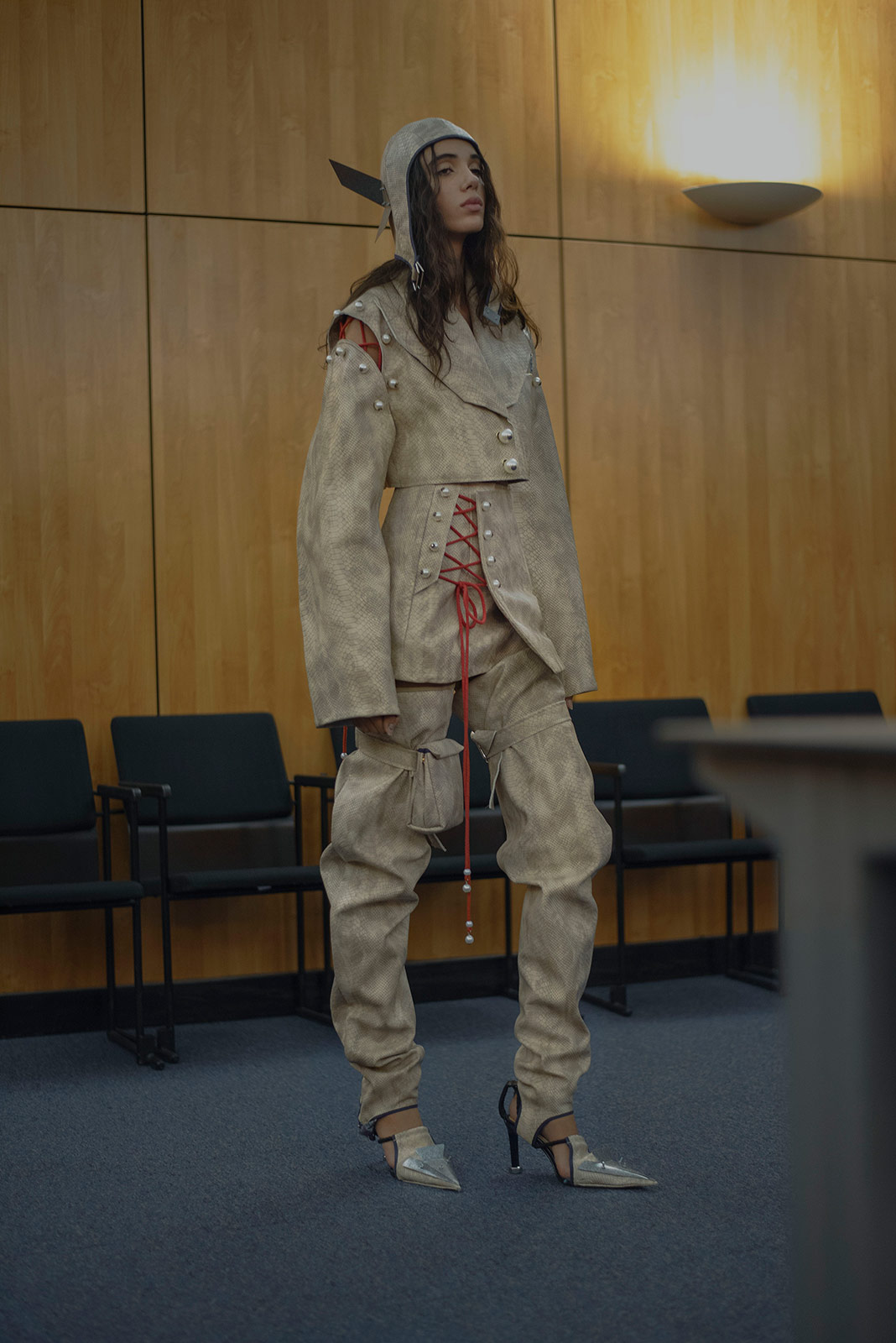 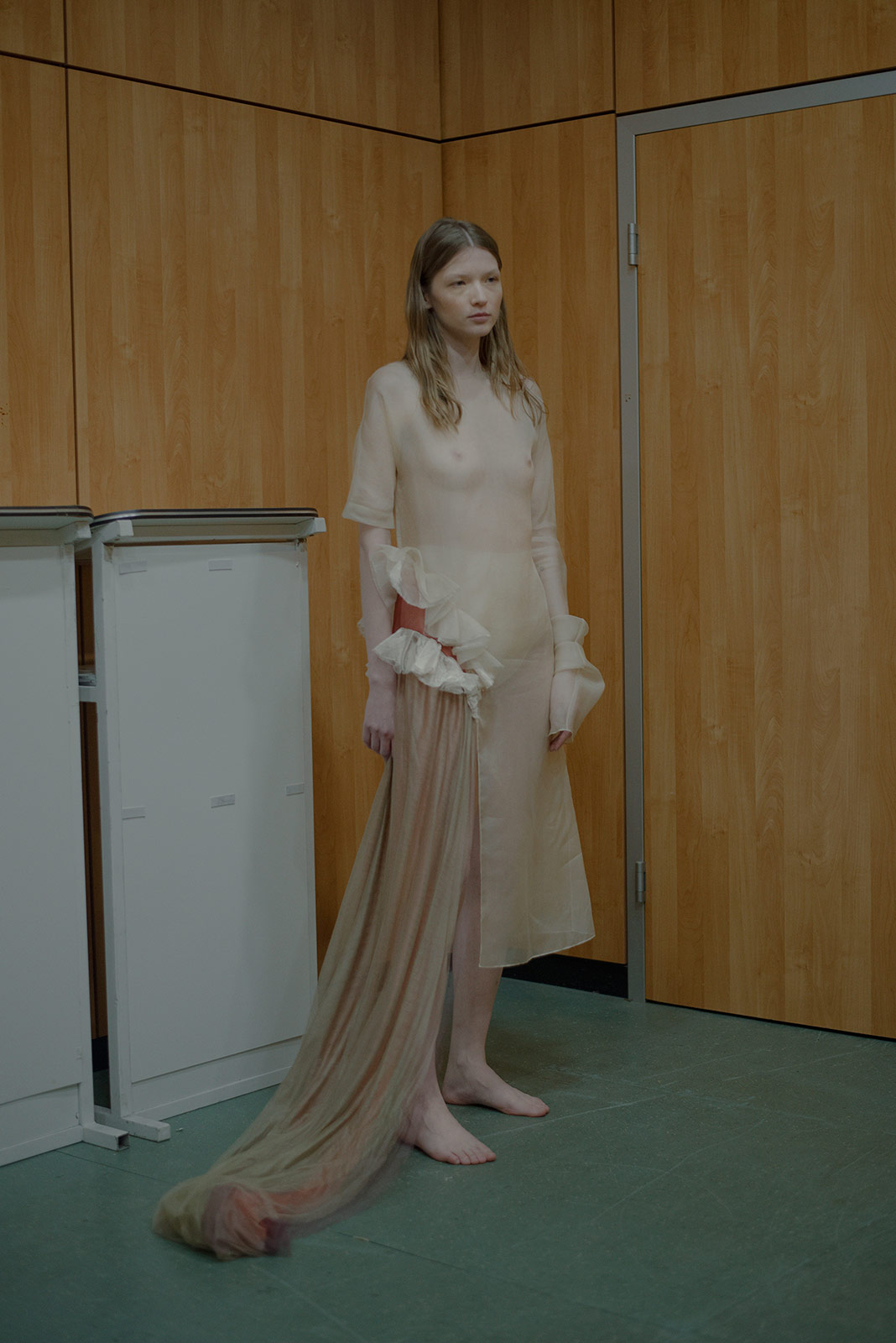 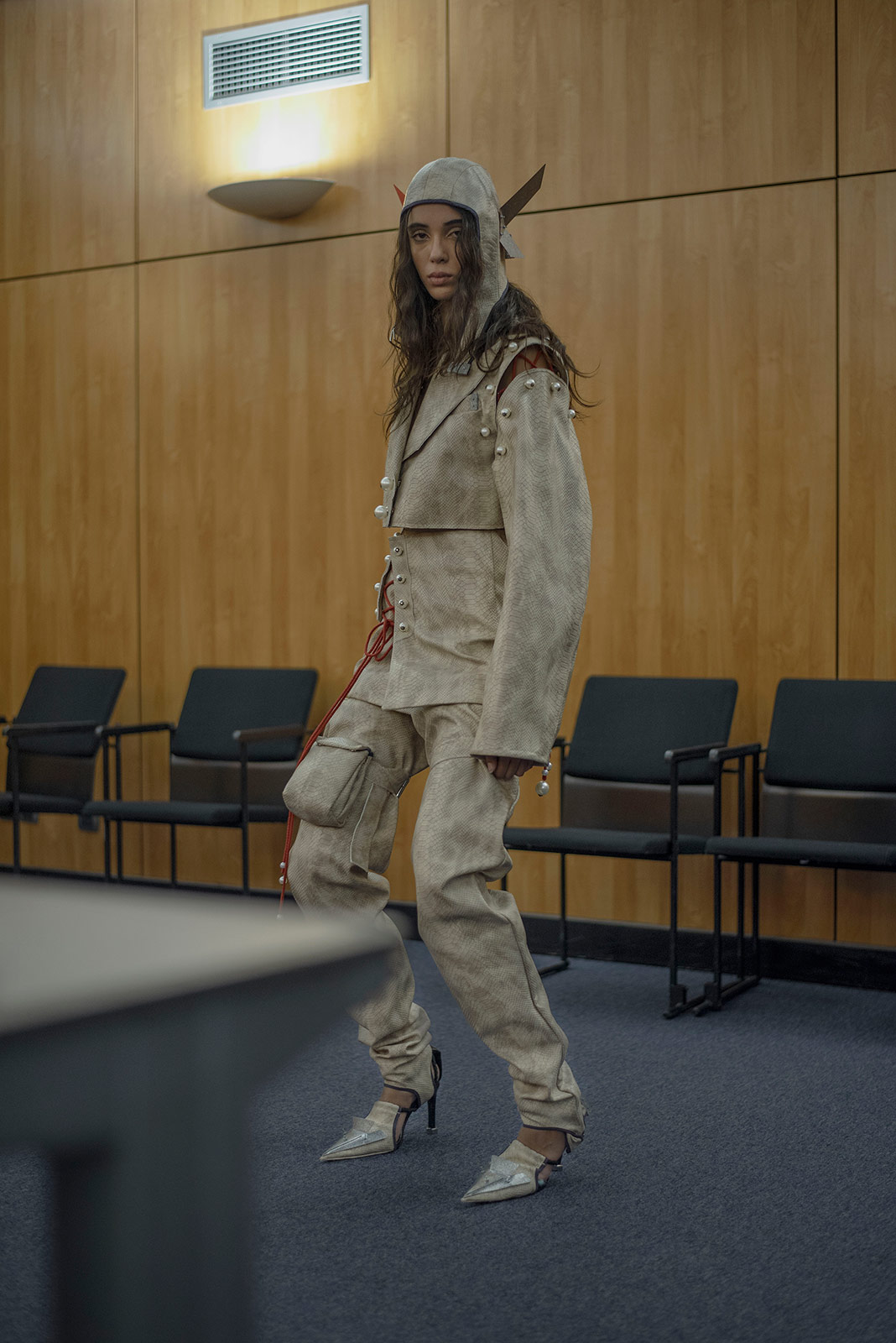 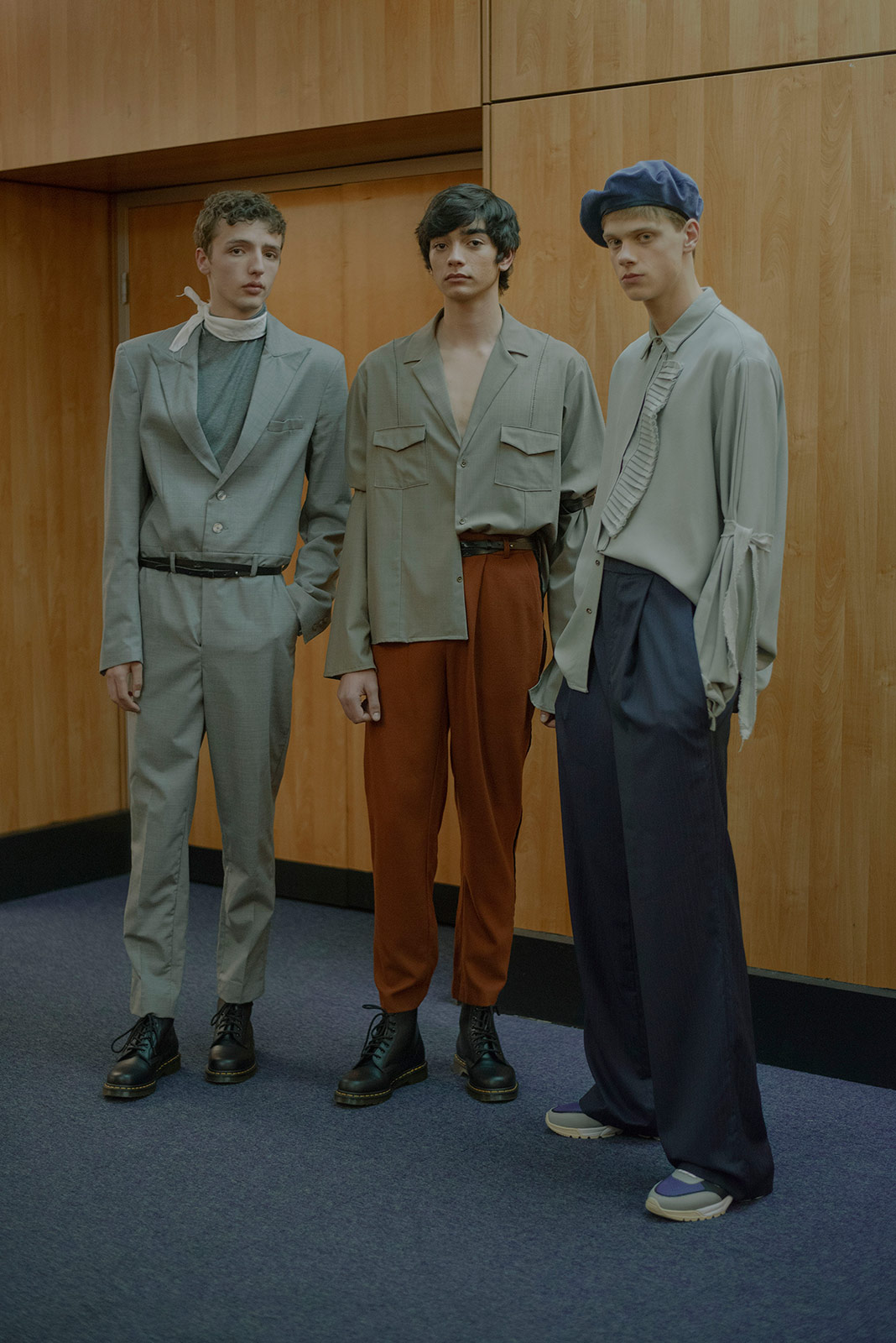 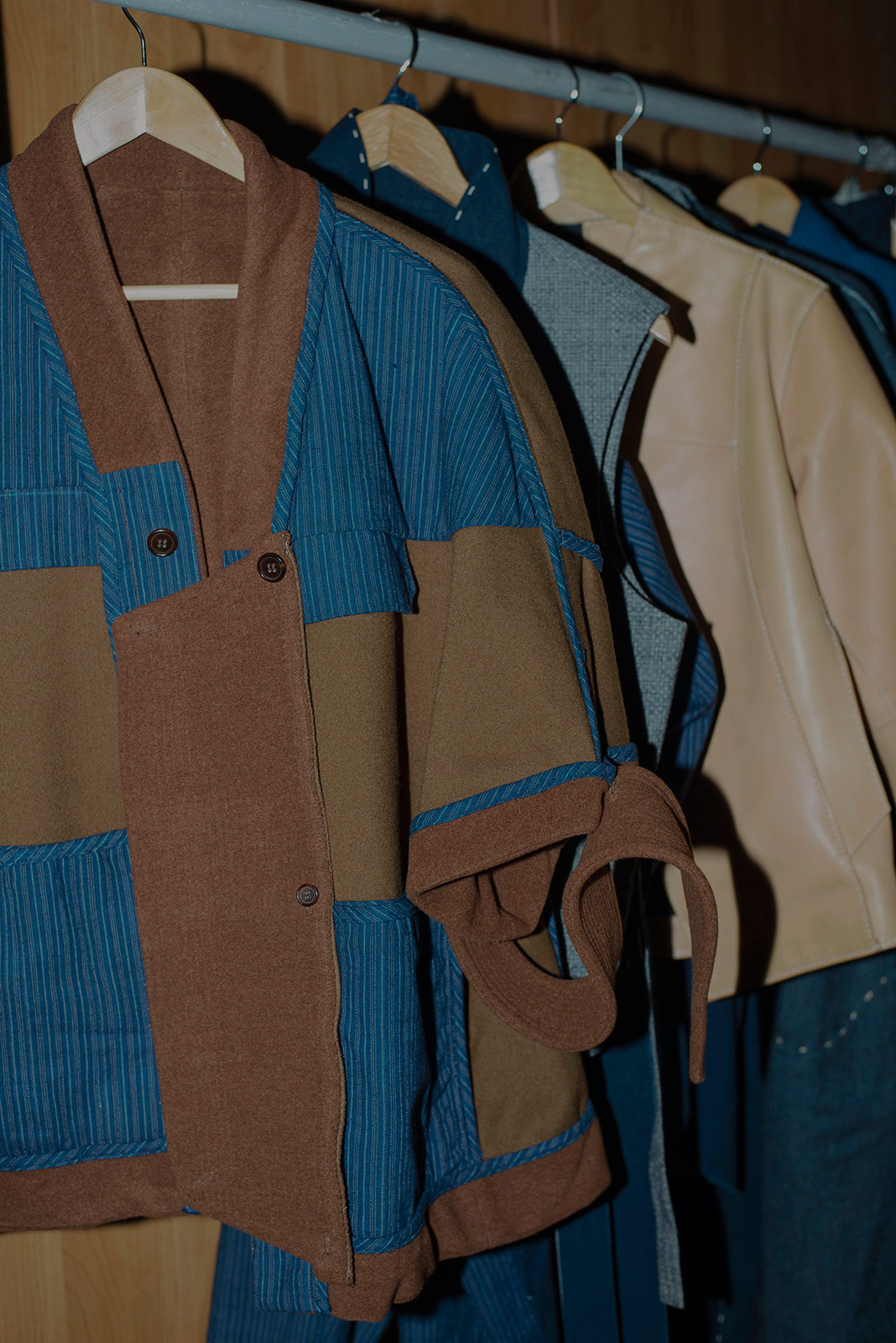 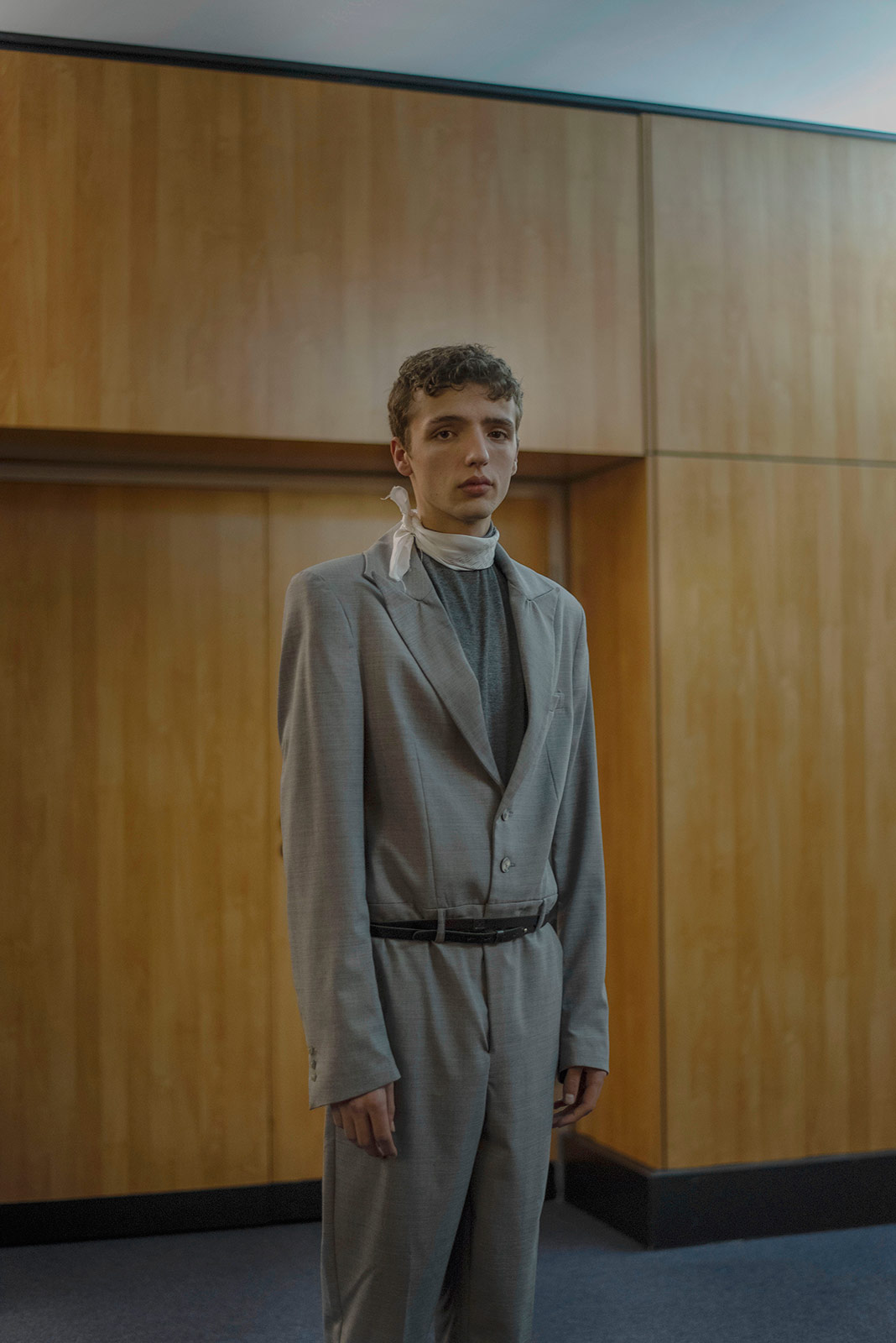 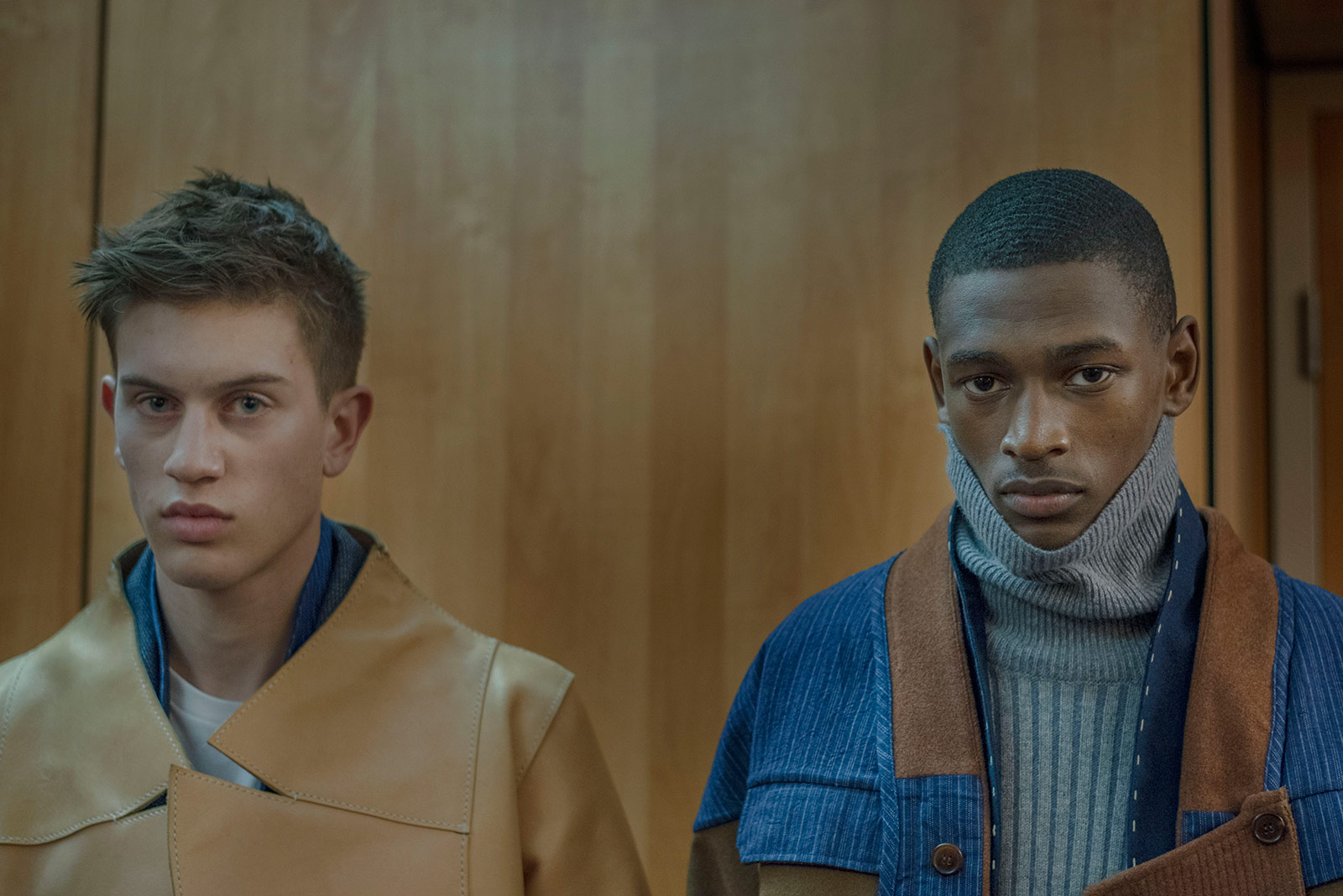 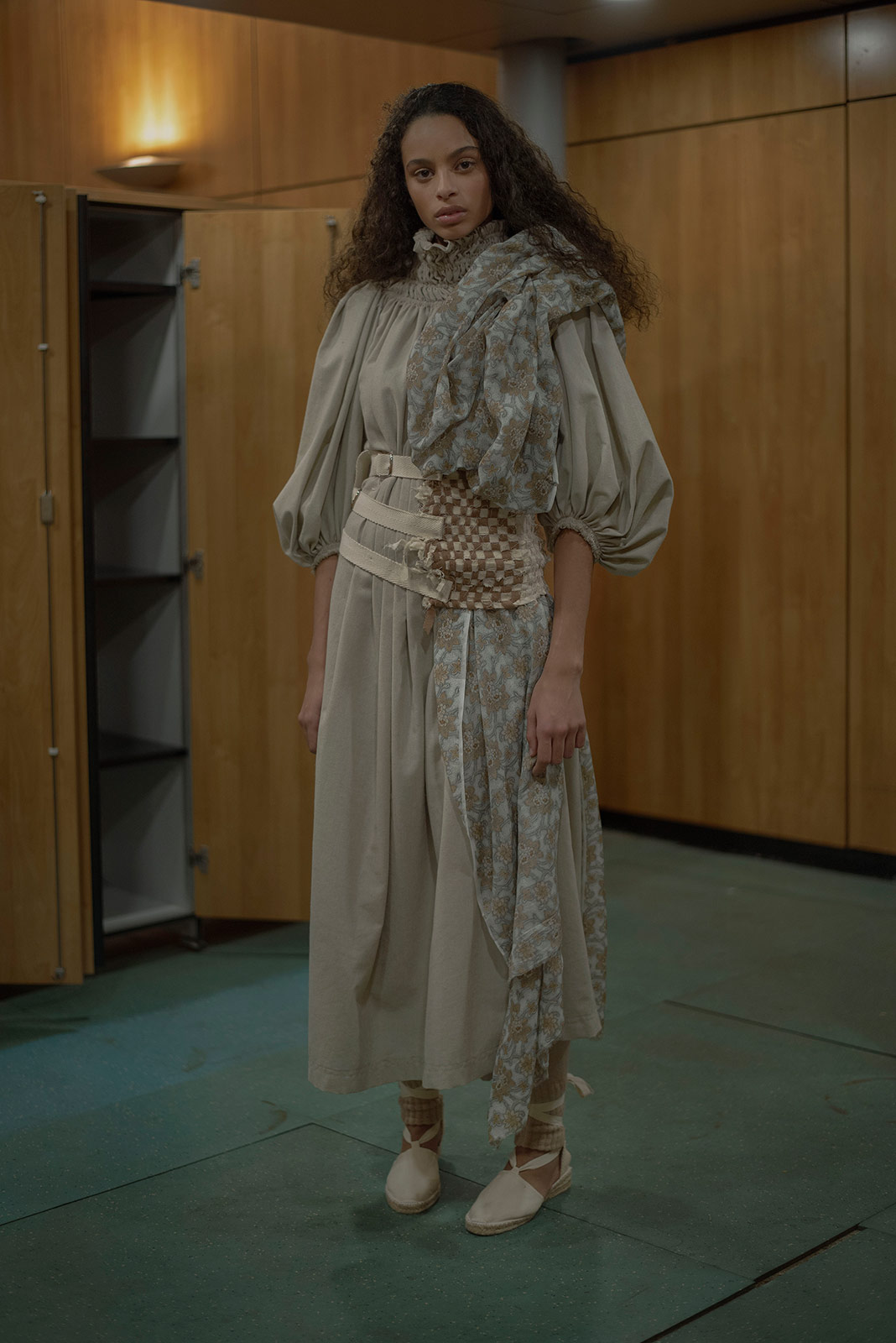 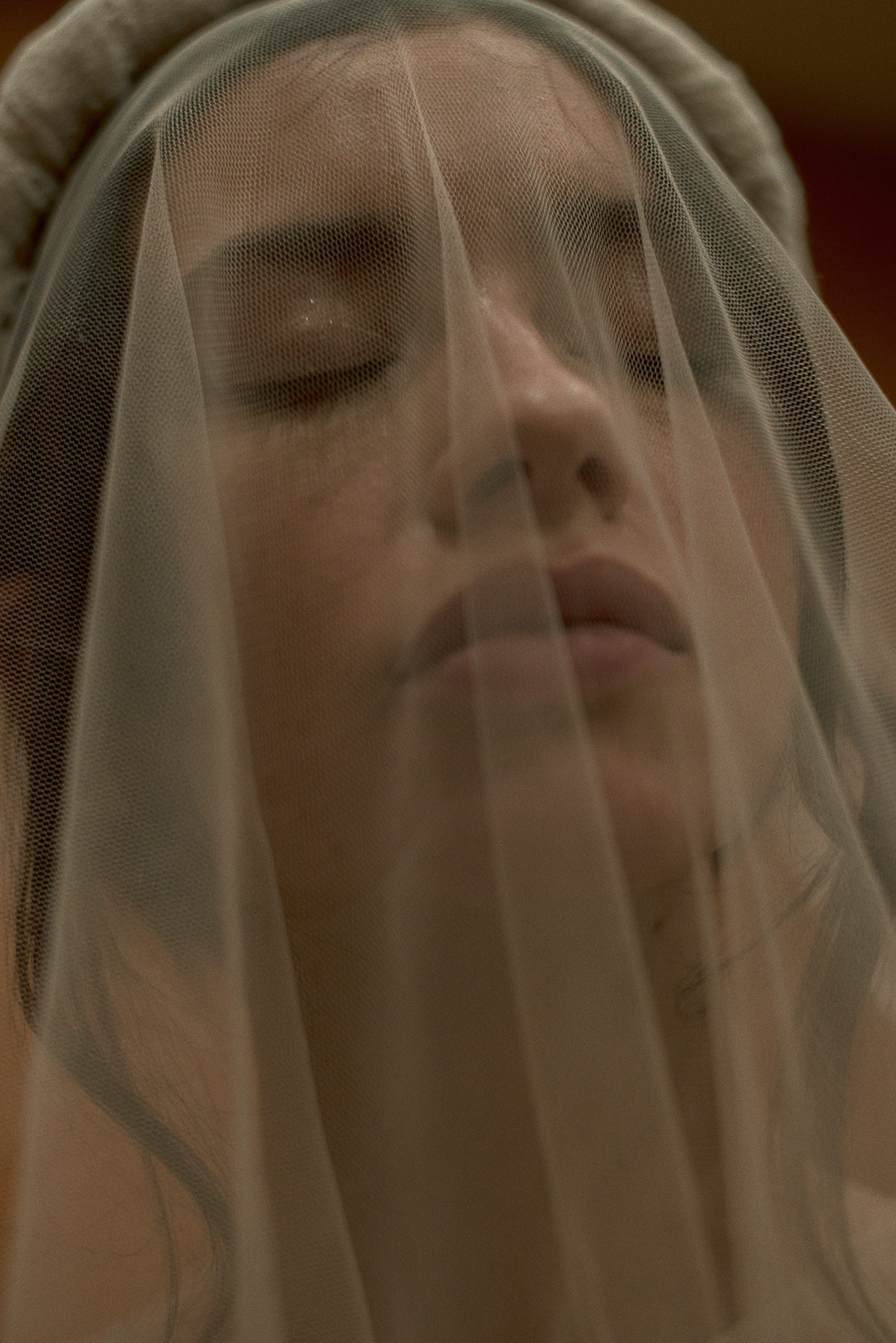 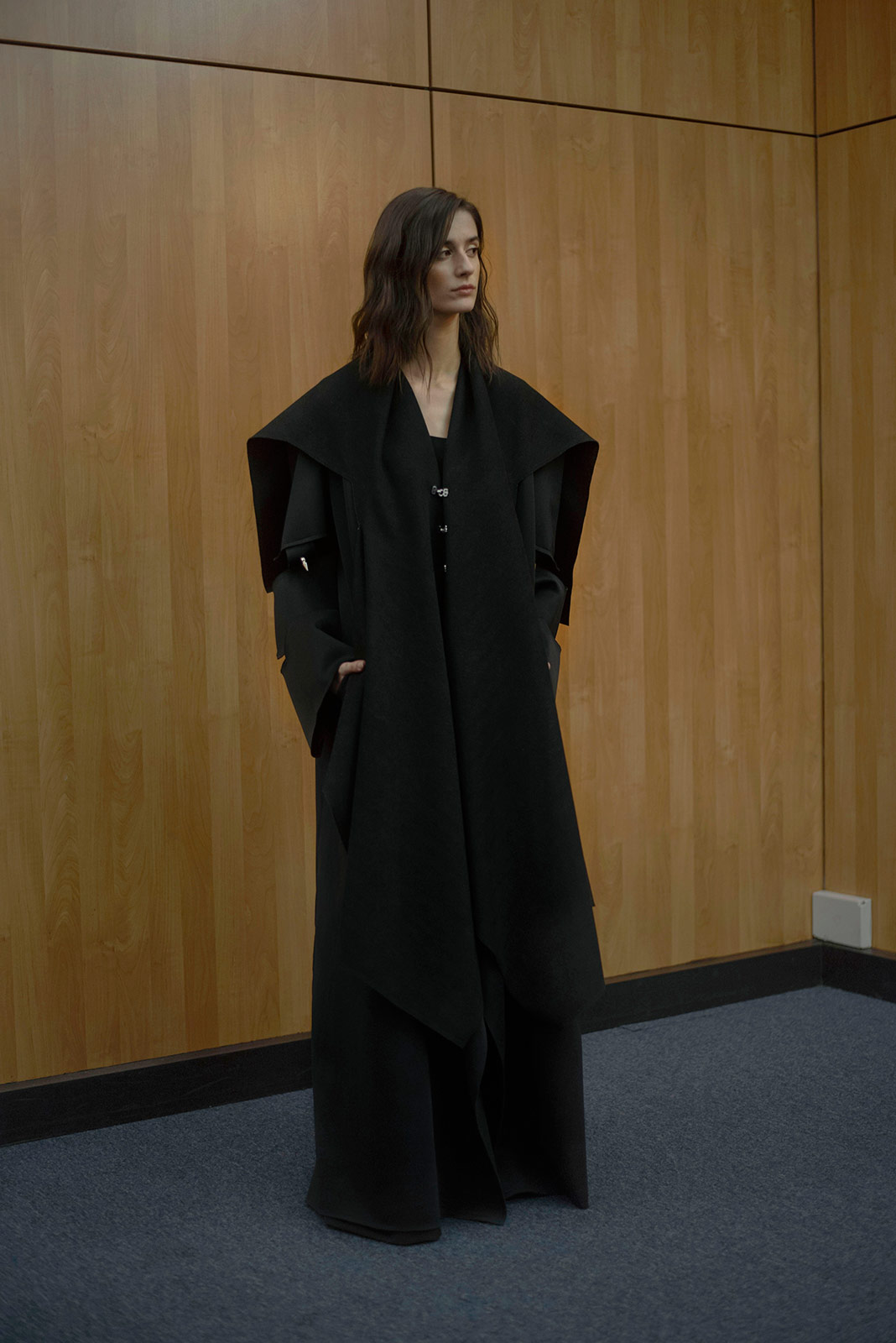 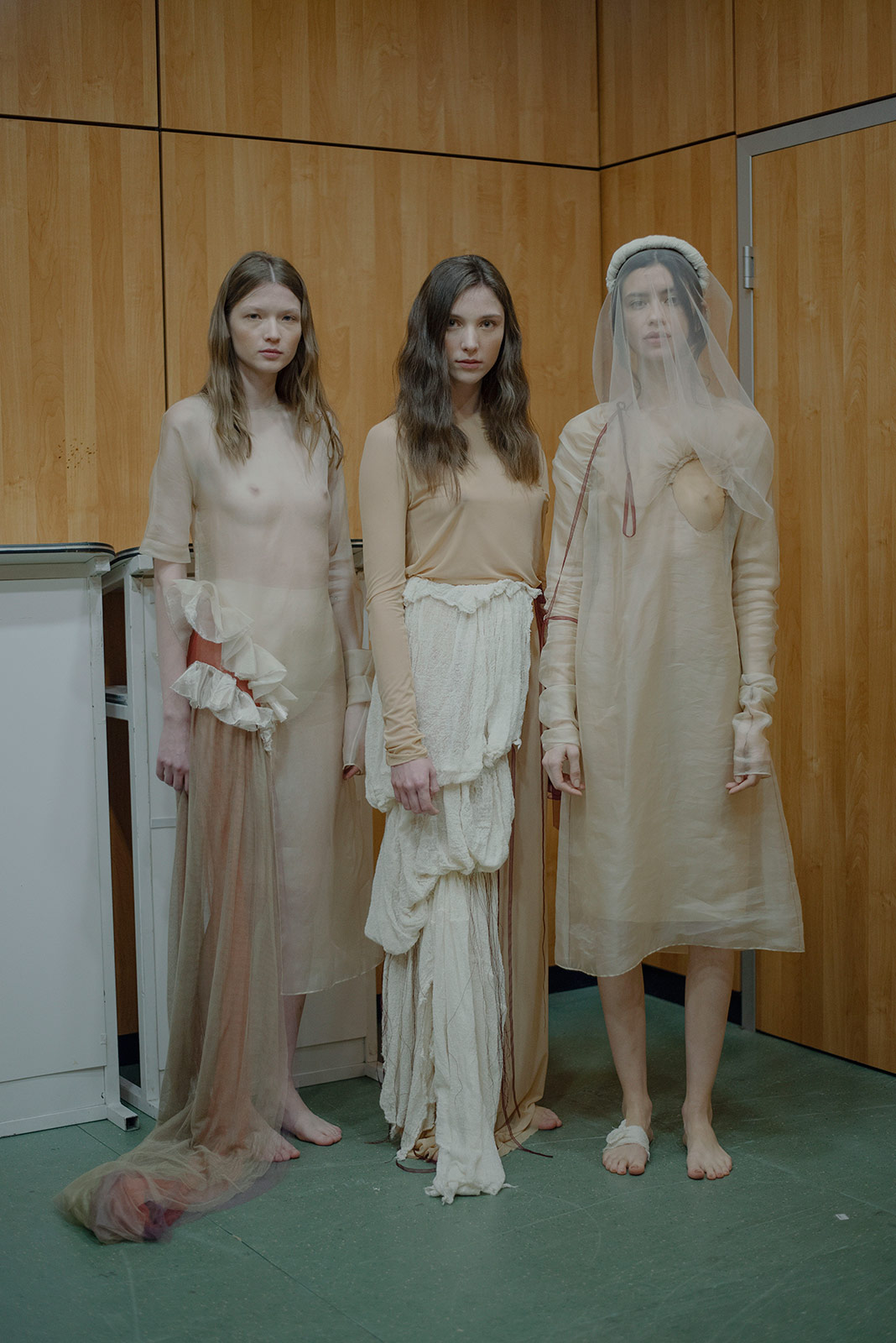 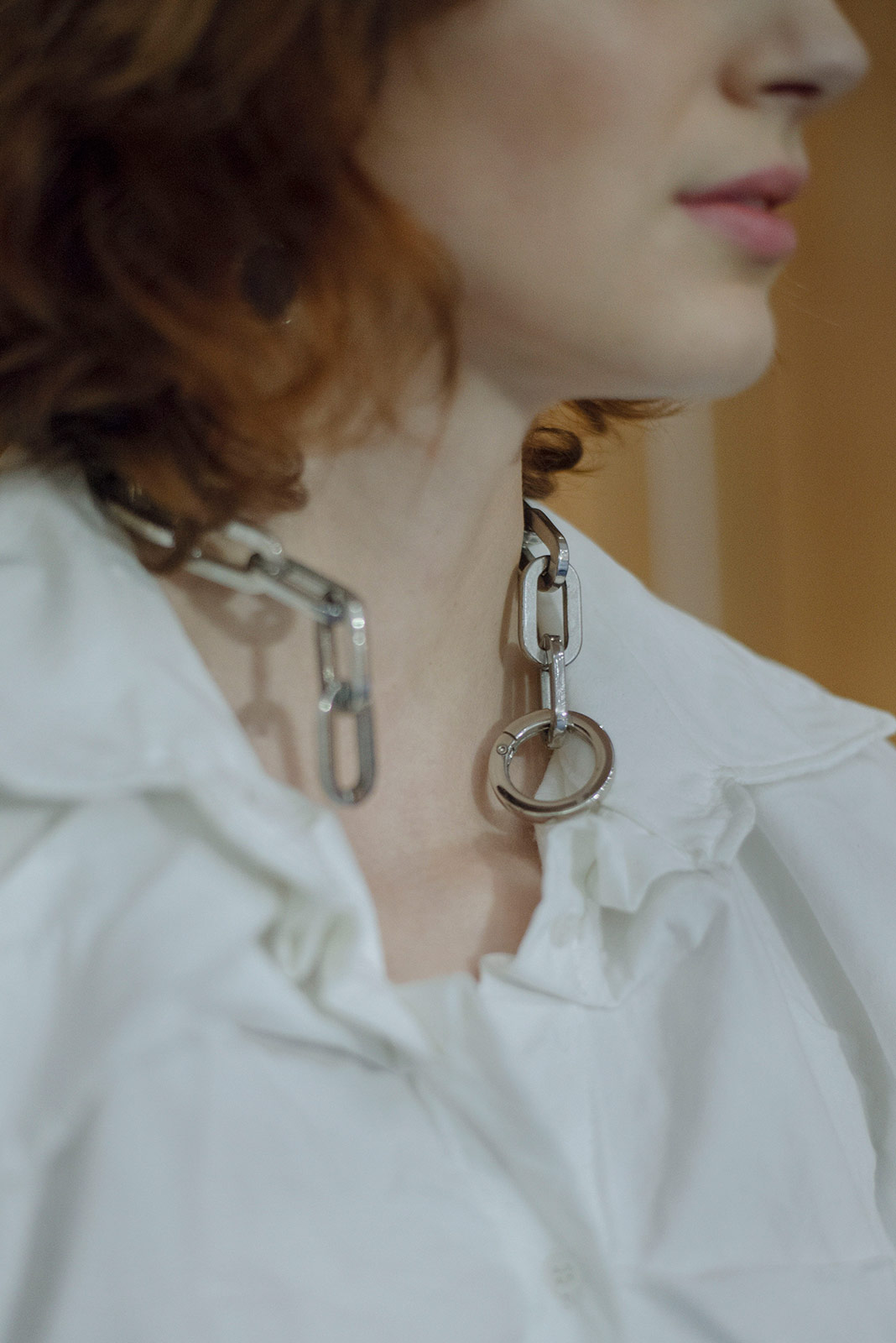 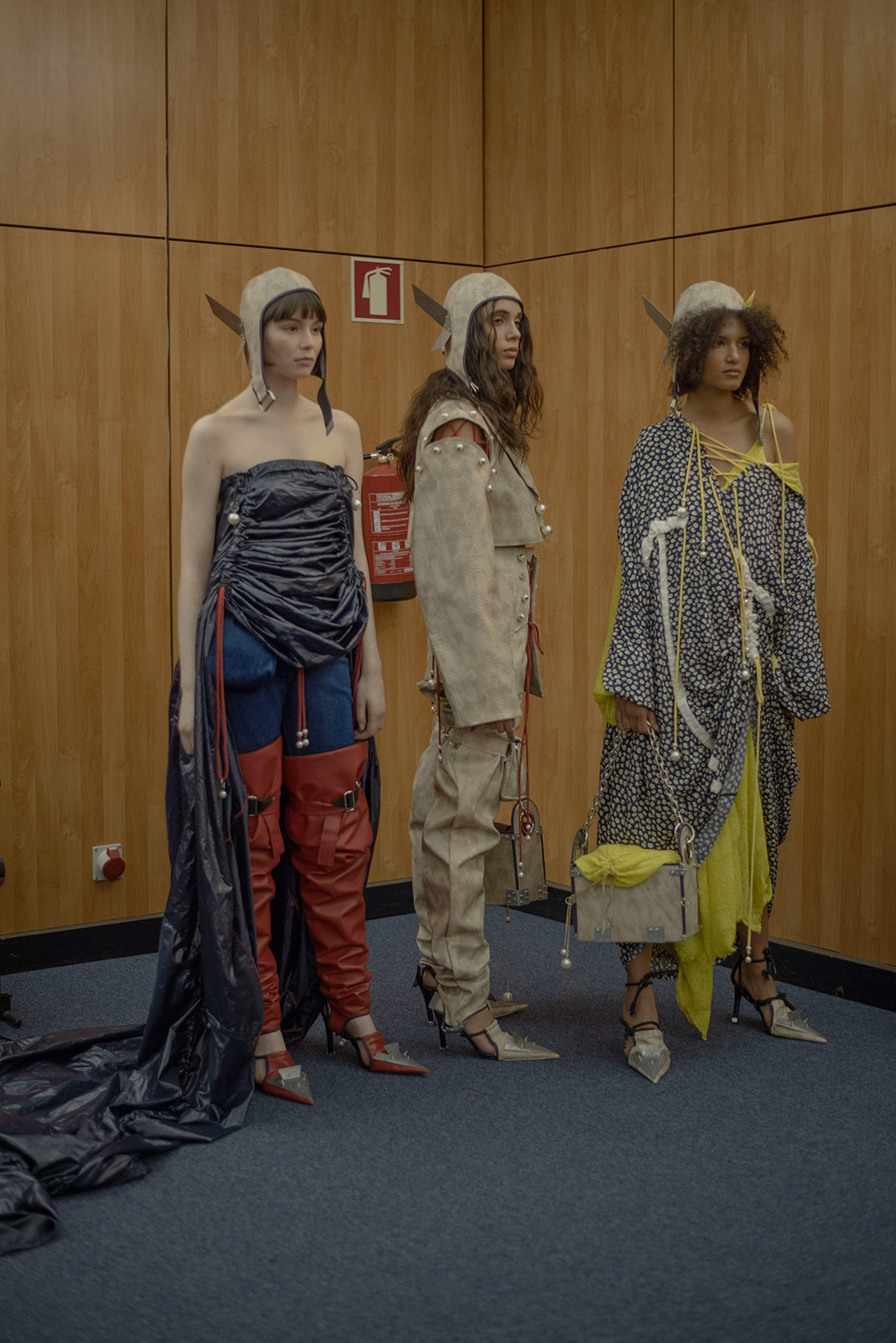 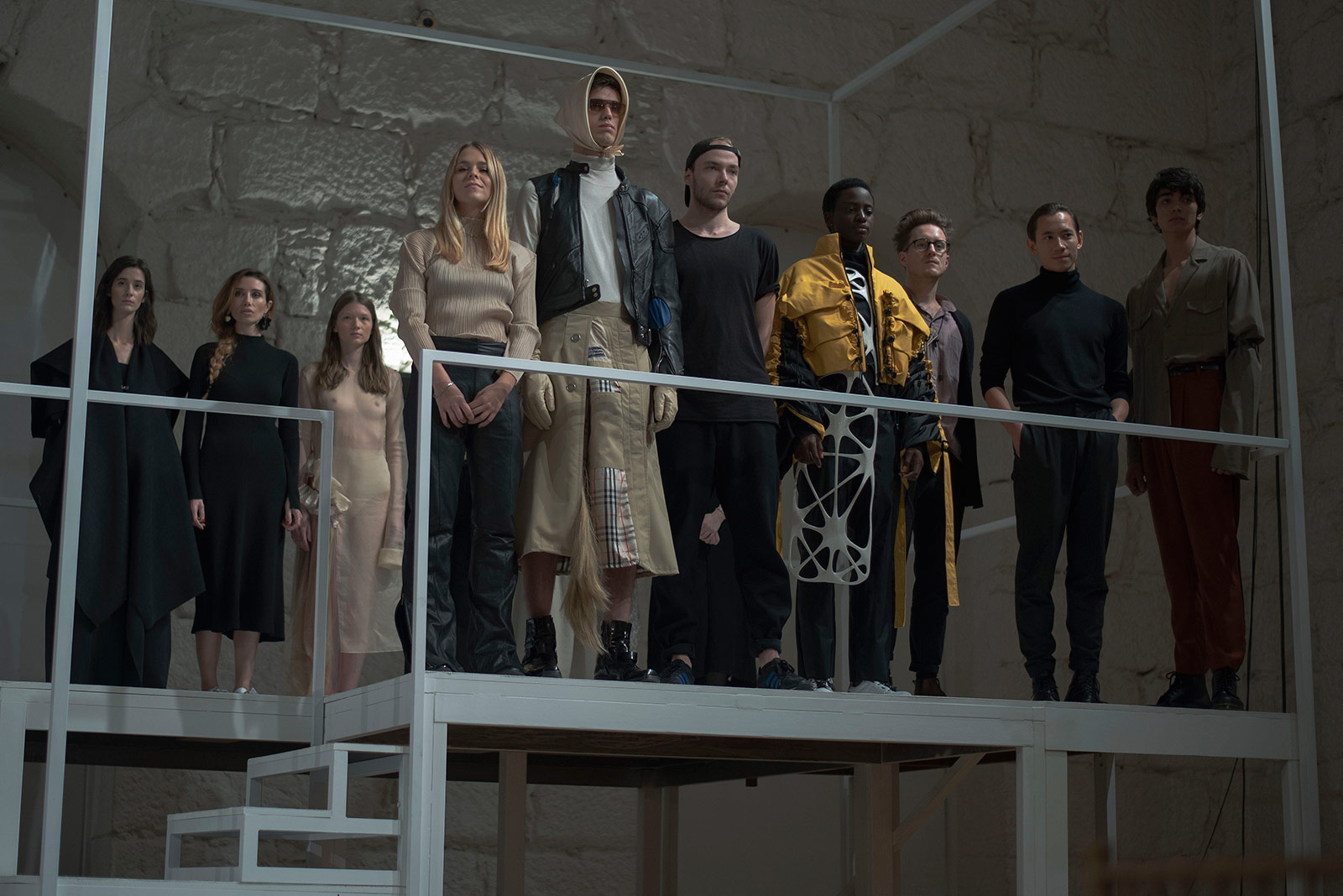