Pool party in the snow 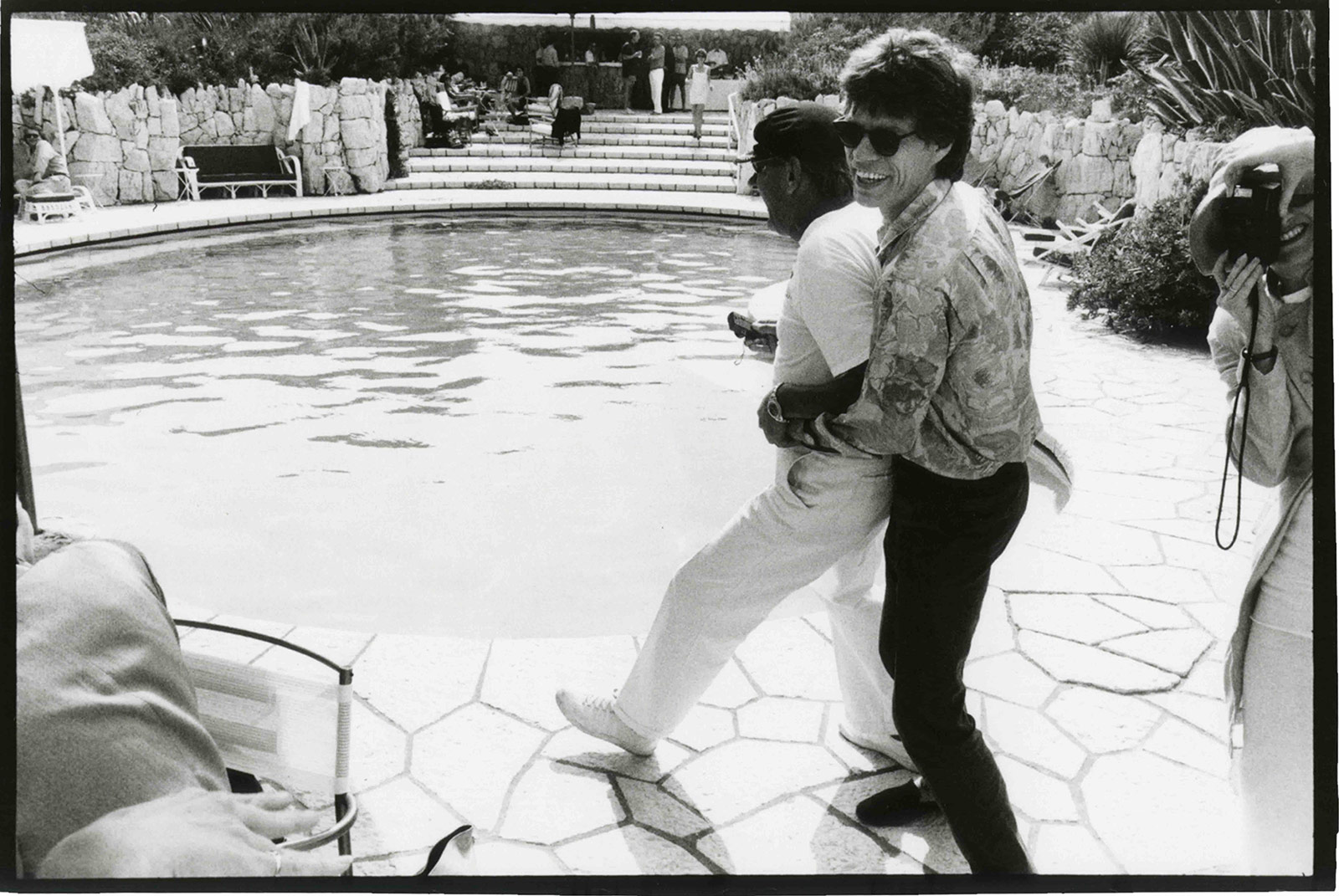 Pool party in the snow is soon to be exhibited at St. Moritz (Switzerland). Jean ‘Johnny’ Pigozzi – photographer, entrepreneur and art collector – will be presenting his work for the first time in Europe.
Pigozzi was born in Paris in 1952 but lives and works between New York, London, Paris, and Antibes (France). His first solo exhibition was held at Musée d'Art Moderne in Paris in 1974. Other exhibitions since have included Pigozzi and the Paparazzi in 2008 at the Helmut Newton Foundation, Berlin; and My world, Jean Pigozzi in 2014 at the Ullens Center for Contemporary Art in Beijing.

The Harvard attending photographer often travelled to New York City where he befriended pop icons and photographers such as Helmut Newton, William Klein, Mick Jagger and Andy Warhol during his time. Naturally interested in the social scene present there, he developed a distinctive and exclusive style of photography where his imagery would capture his friends in an everyday and sincere manner. His photos capture the moment when “the instant becomes eternal”, Bono writes about Pool party, published by Rizzoli in 2016.

The exhibition will feature 30 raw black and white images of Pool party in the snow, snap shots of iconic celebrities in the 1980’s and 1990’s including Calvin Klein, Bono, Mick Jagger, Naomi Campbell, Elizabeth Taylor and Sharon Stone amongst others. The beau monde get-together was captured around his famous ‘kidney shaped’ pool at his family’s villa in Cap d’Antibes, built in 1953; hosting the most famous actors, musicians, models and photographers of Pigozzi’s time. Despite feeling slightly envious about losing your invite to this elite soirée, Pigozzi allows us viewers to become a part of the creative spirit that surrounds this genre defining photography, due to his use of organic shots. 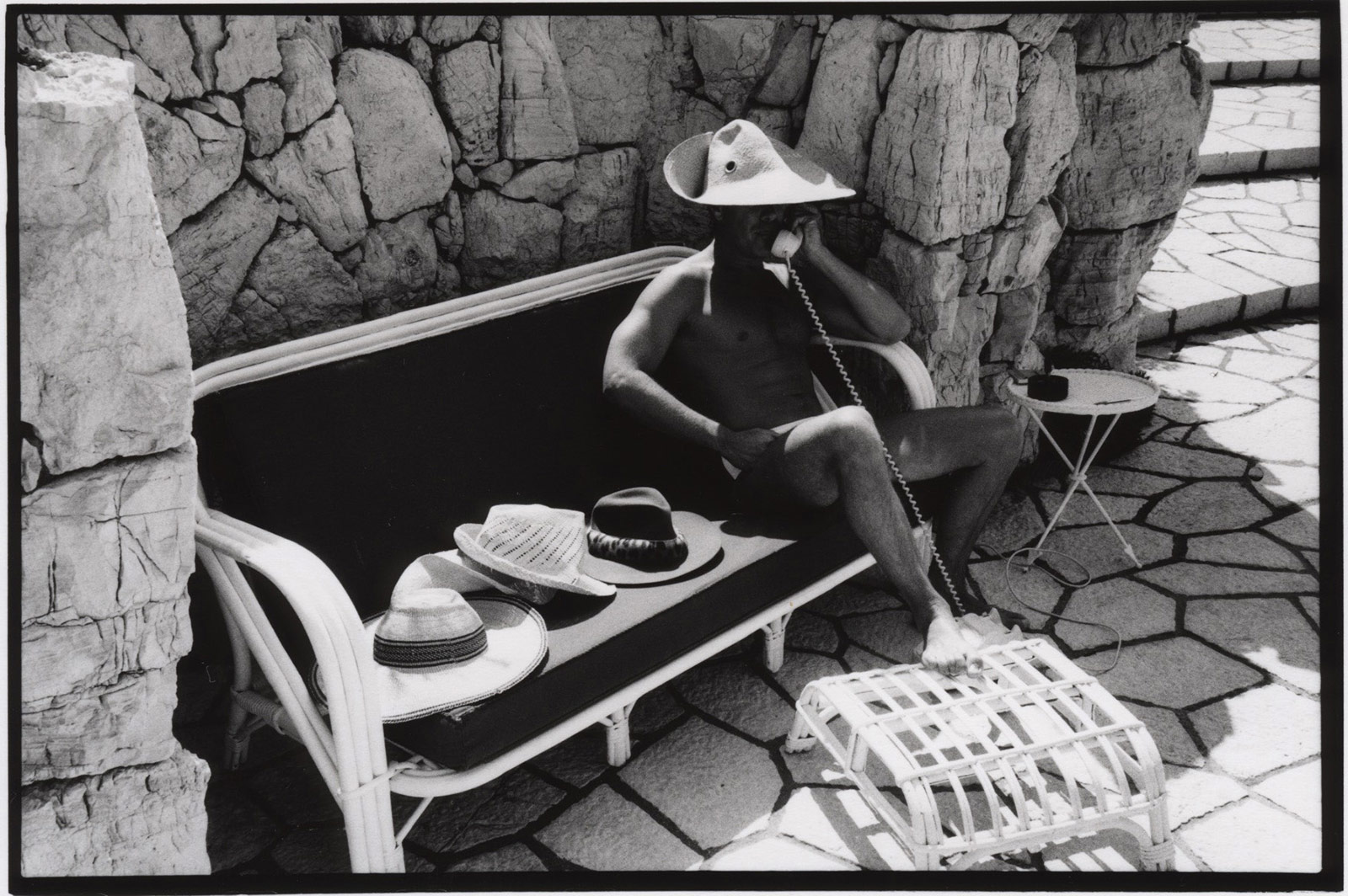 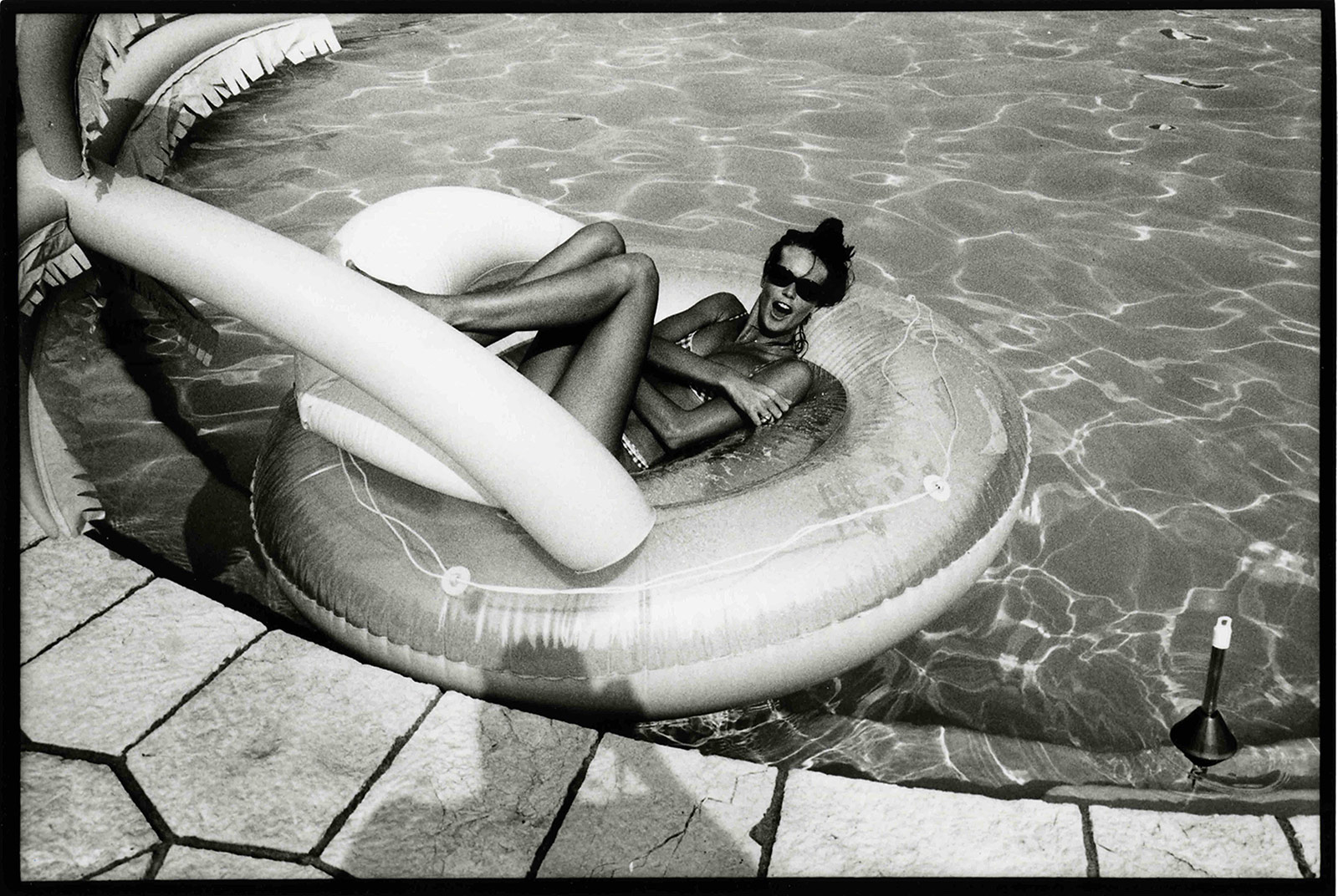 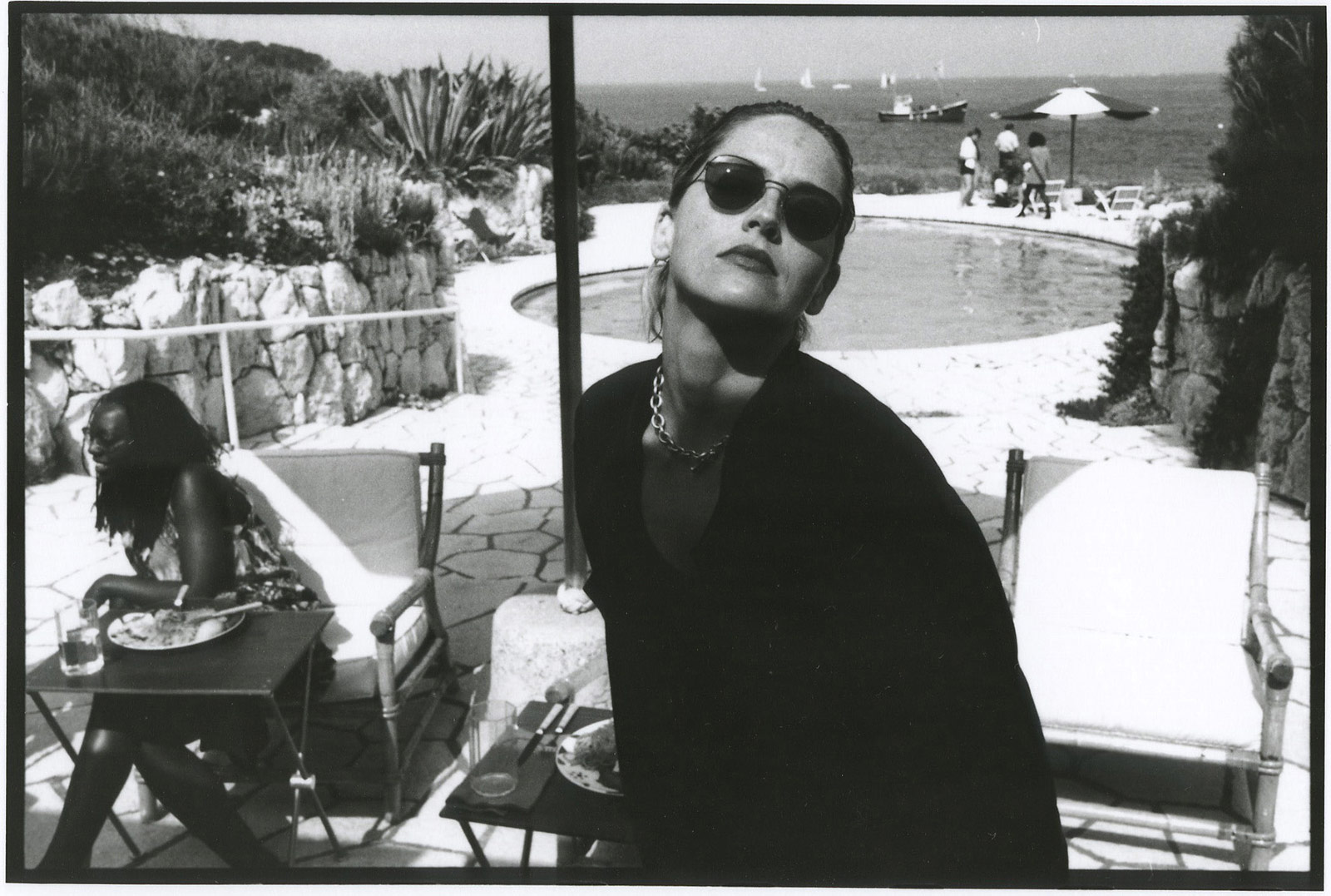 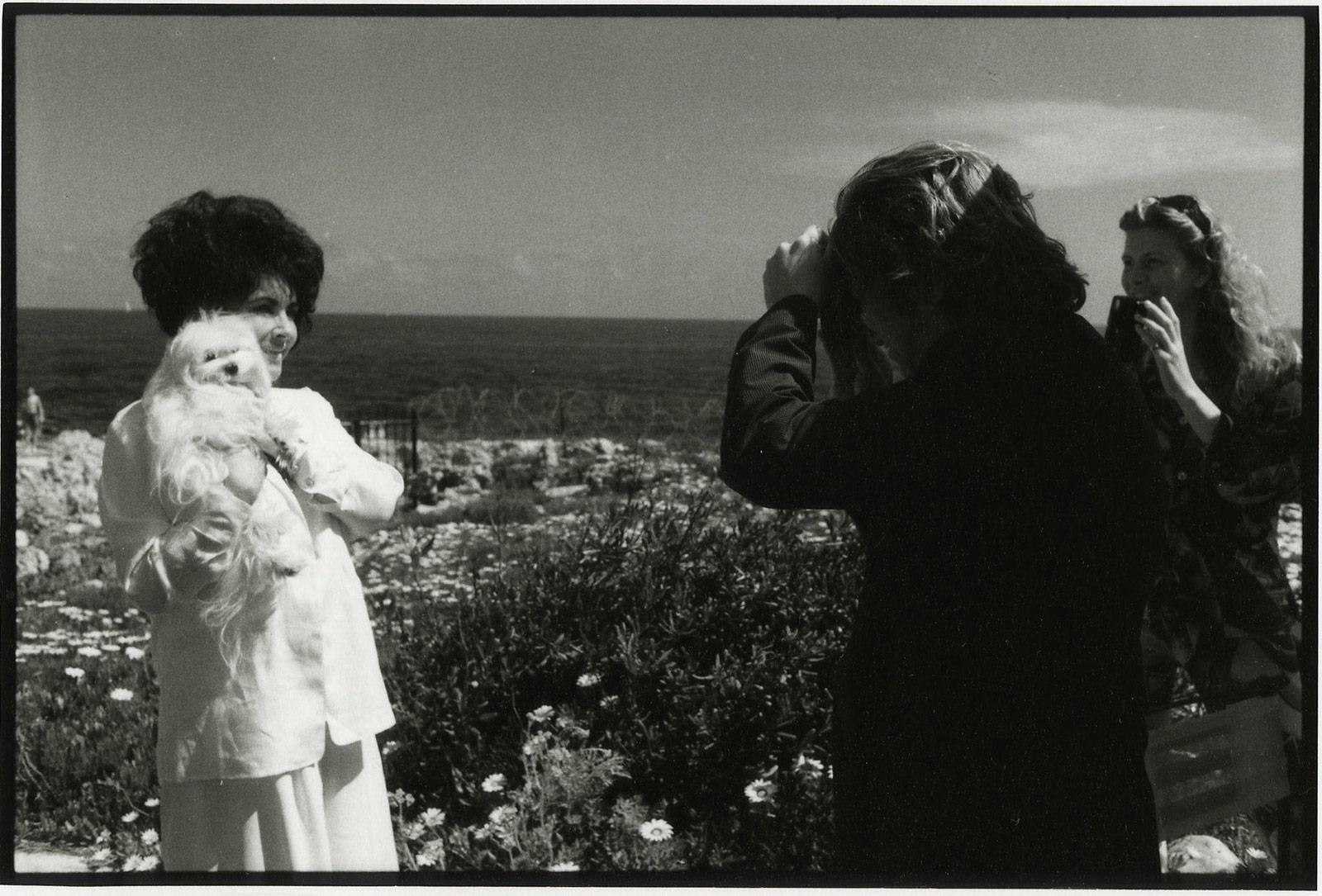 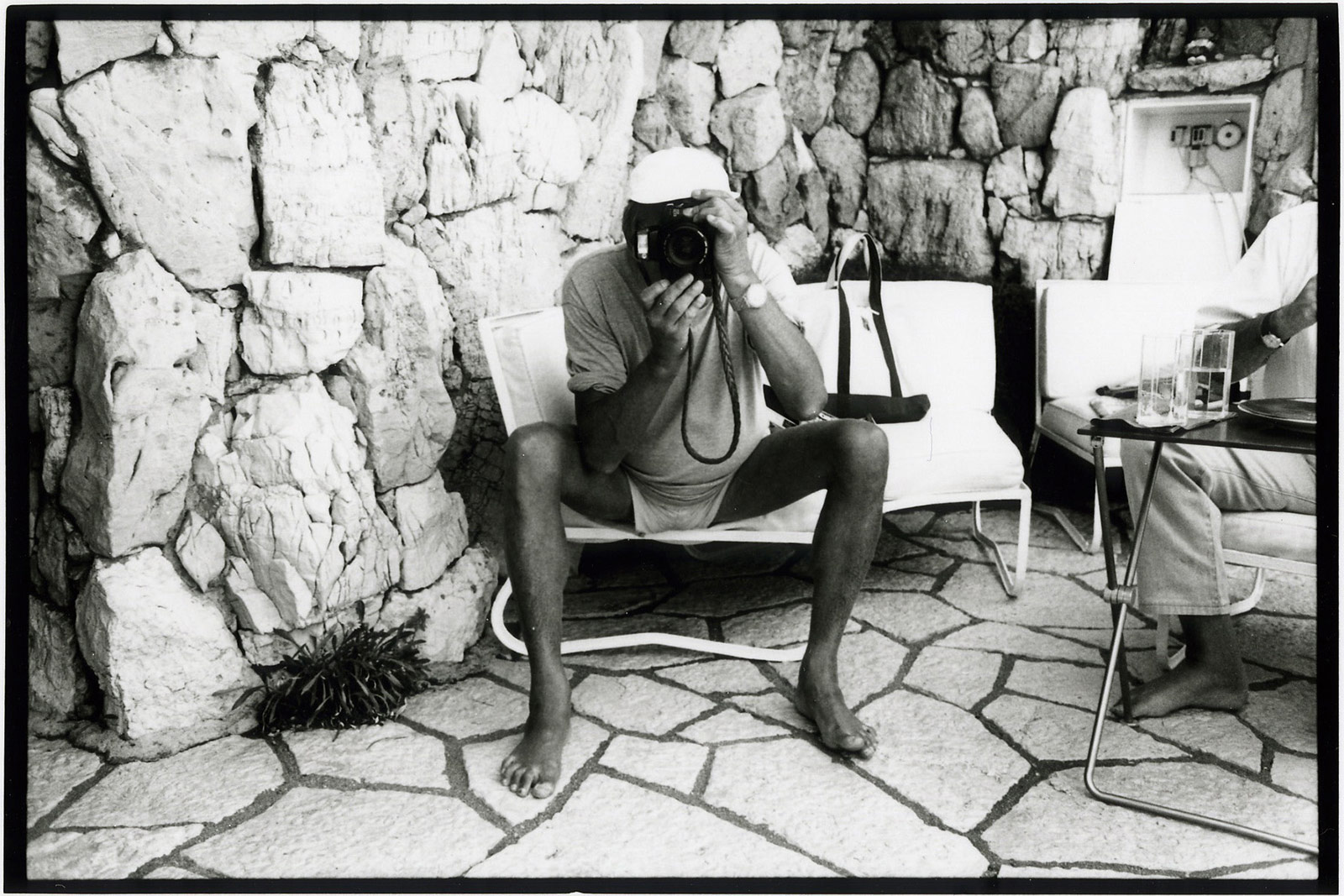 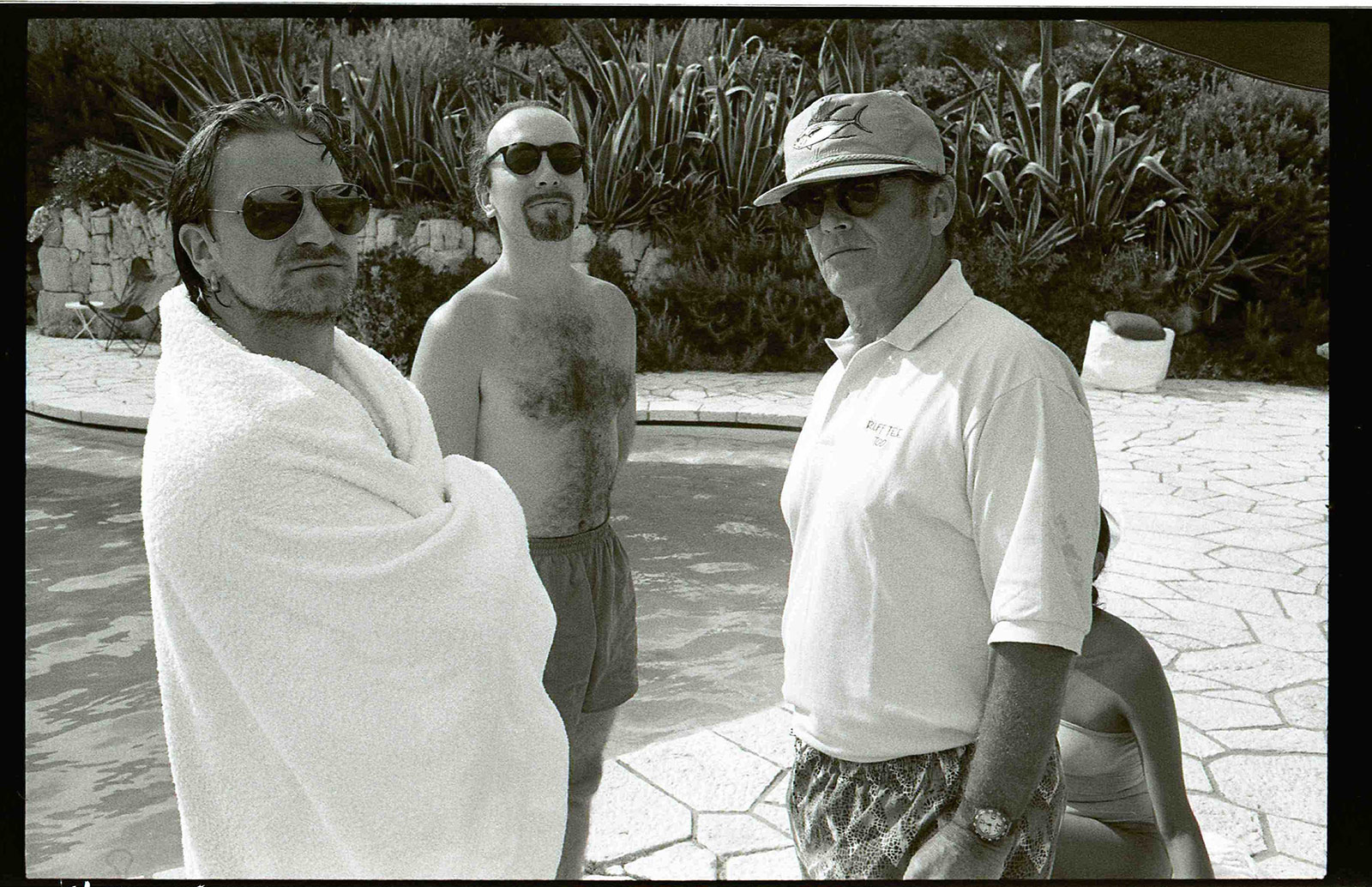