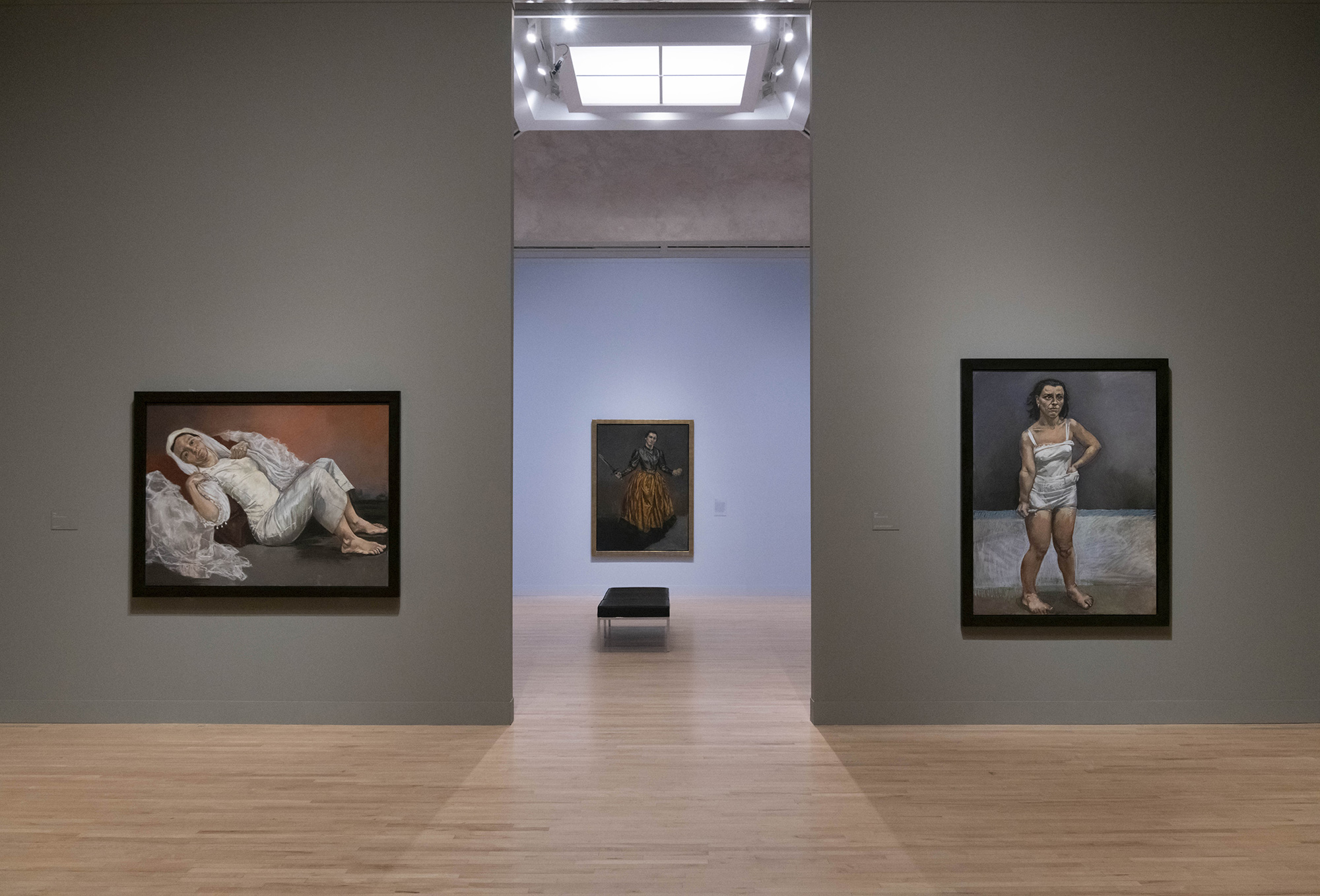 Paula Rego is a widely celebrated artist, now 86 years old, with a career spanning over 50 years. For the first time ever the largest collection of her most formidable and rare works are compiled and on display at the Tate in London. This retrospective offers a glimpse into her groundbreaking and sociopolitically driven visual narratives throughout time.
Growing up in Portugal in an era of censorship under a dictator, justice and advocacy are issues that perpetuate some of her most illustrious art. The collection will begin by highlighting rare early pieces from the1950s to 1970s featuring collages, paintings, and drawings, then continuing into the 1980s when she gained long awaited notoriety for her works such as The Policeman's Daughter, and The Cadet and His Sister, which touches on the death of her husband, painter Victor Willing.

A multitalented figurative artist and visual storyteller, much of her work is theatrical, in practice and execution. Appearing whimsical in style, but many are inspired by a propensity for dark folktales and narratives derived from her Portuguese upbringing. She is a valiant artist who often features women in real scenarios of turmoil, and power. One of her boldest series Untitled, better known as Abortion series features women forced to turn to illegal abortions. The paintings were even used to campaign for the legalisation of abortion in Portugal, which finally was enacted in 2007. She has stated that these are some of her best pieces. In a recent interview she is quoted as saying, “They were important. It was thrilling to do those pictures, because they were true. Not nice or polite, but true.” It is of more interest to her to paint women as they are, in all their pain and complexity. Emotionally evocative and relatable are great ways to attribute her work.

At 86 she is still working in her studio everyday. Her more recent works from the 1990s and 2000s incorporate her feelings of depression, and sociopolitical happenings such as War. There is no doubt that Paula Rego’s Tate Exhibition is a must see. She has mastered multiple styles and themes, making for a visually stunning show that evokes playfulness as much as it is heartbreaking at times. Throughout her life lending a voice to oppression and striving for betterness, it is a fascinating and complex historical narrative as a whole. 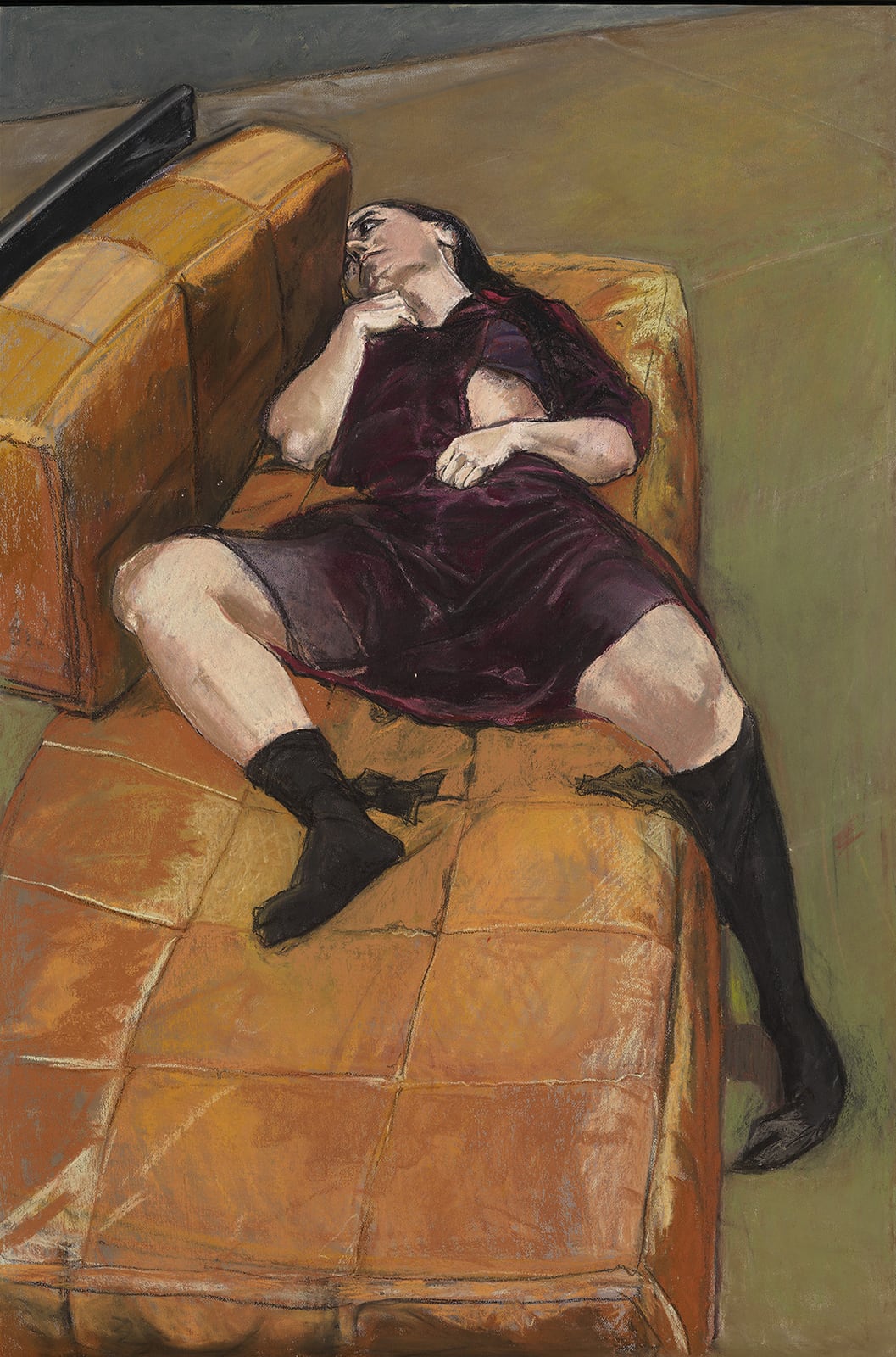 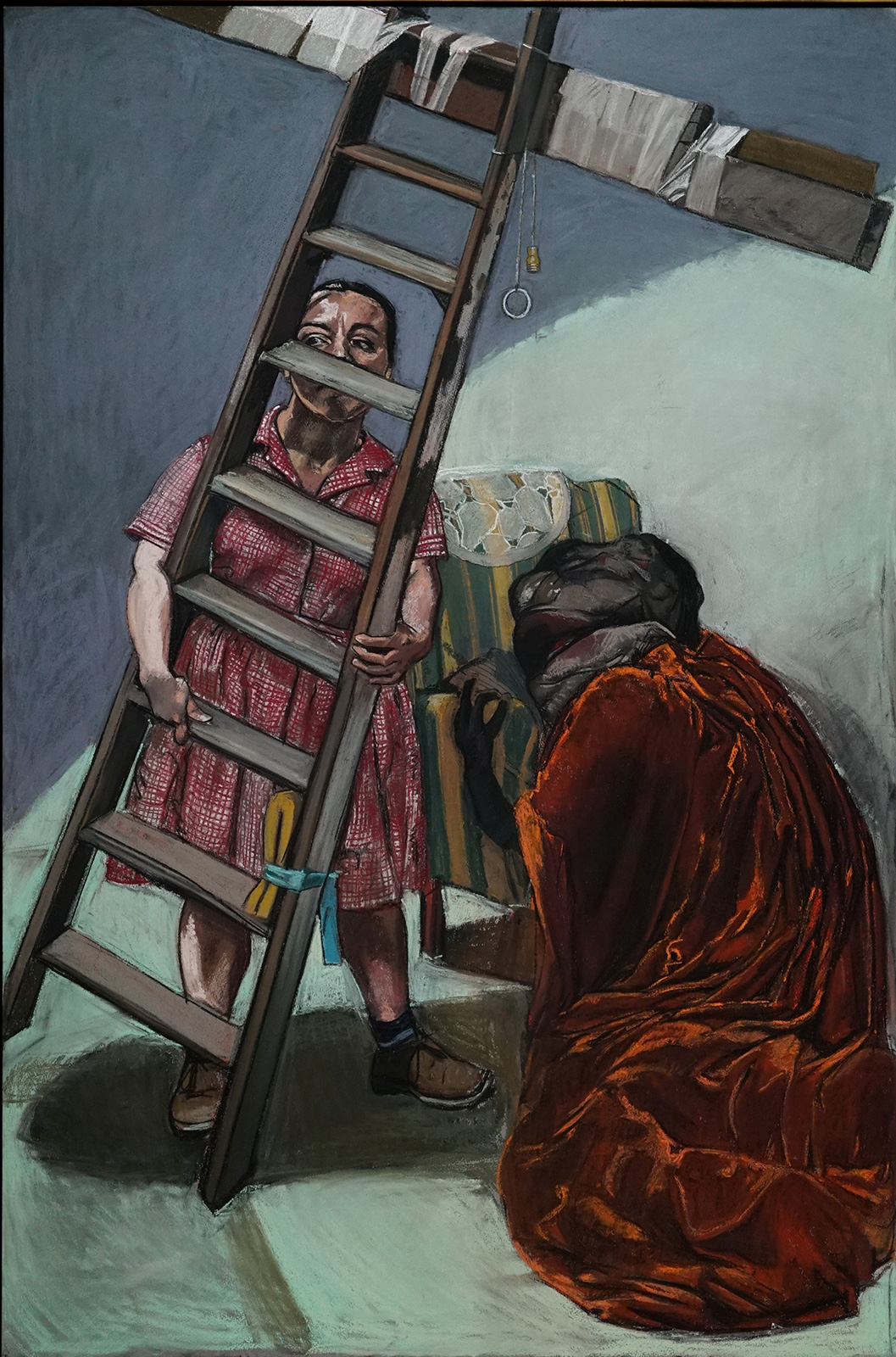 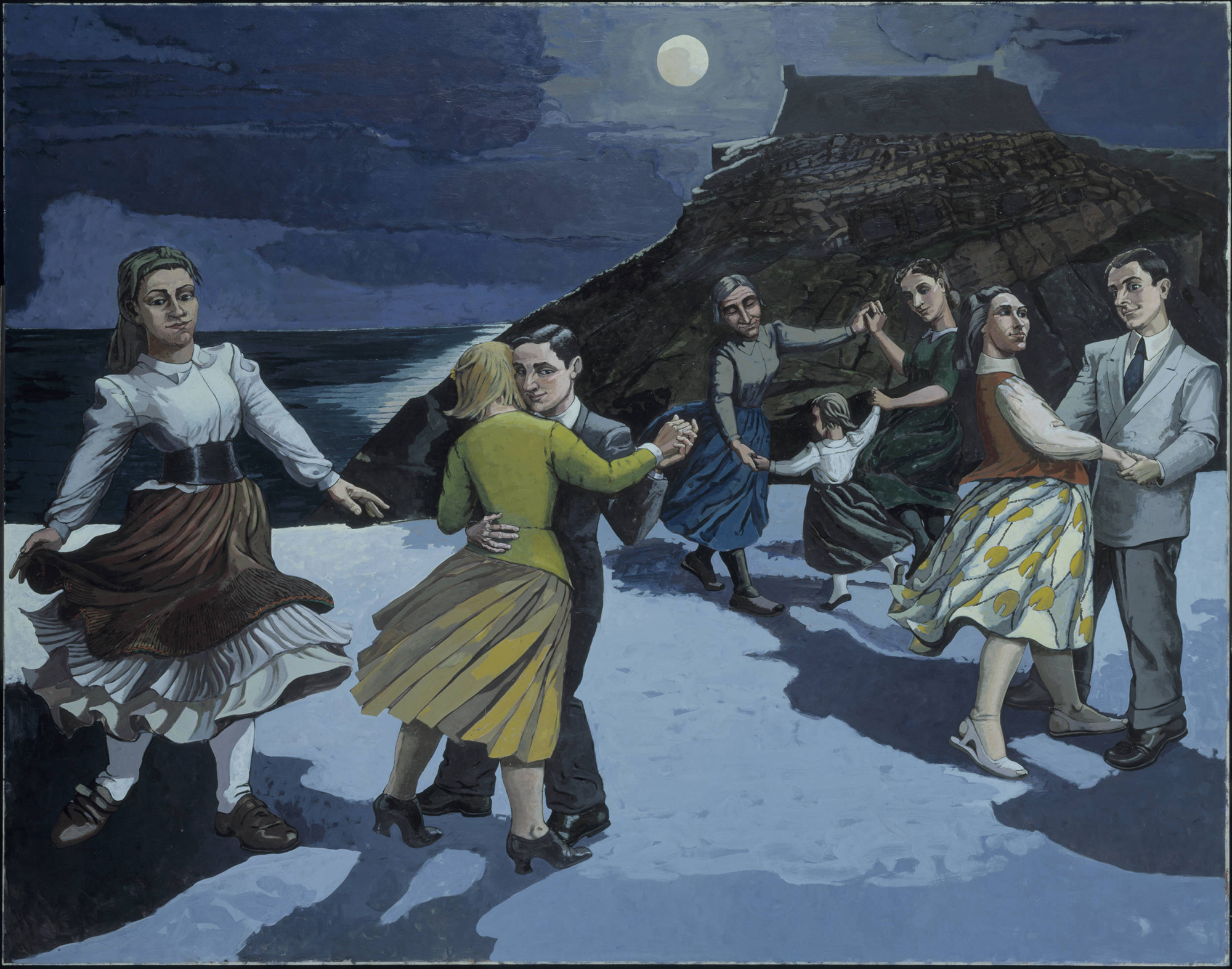 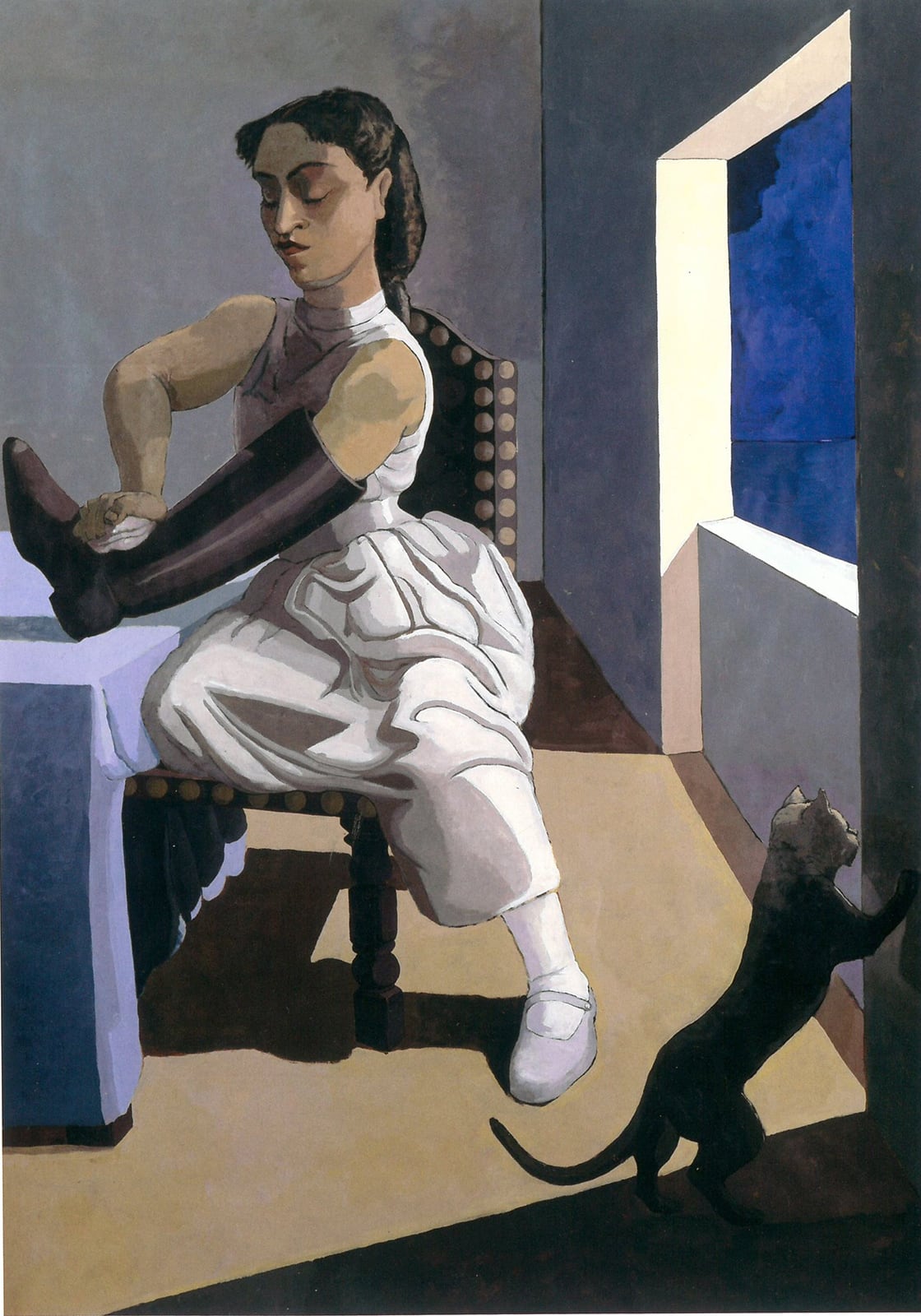 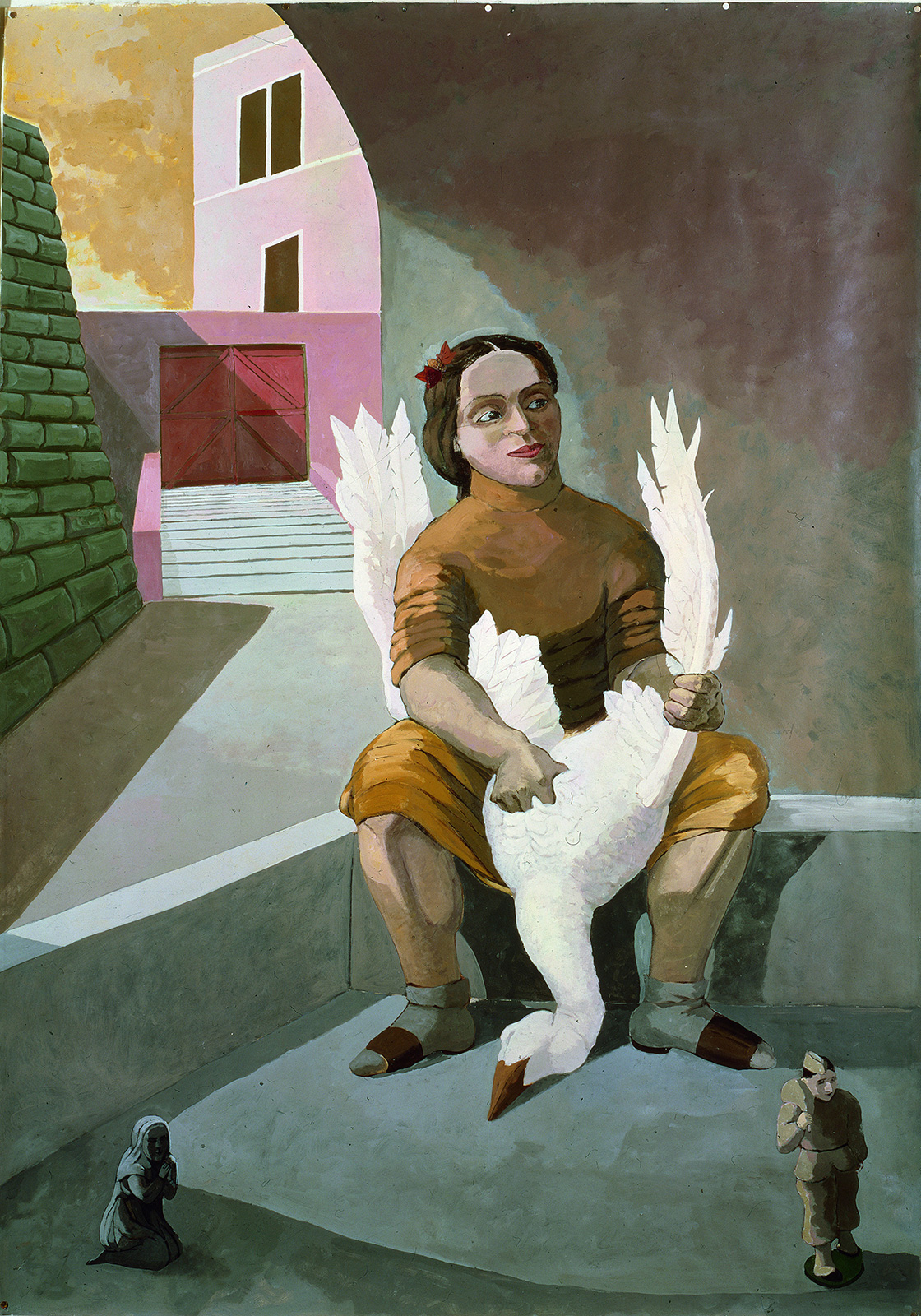 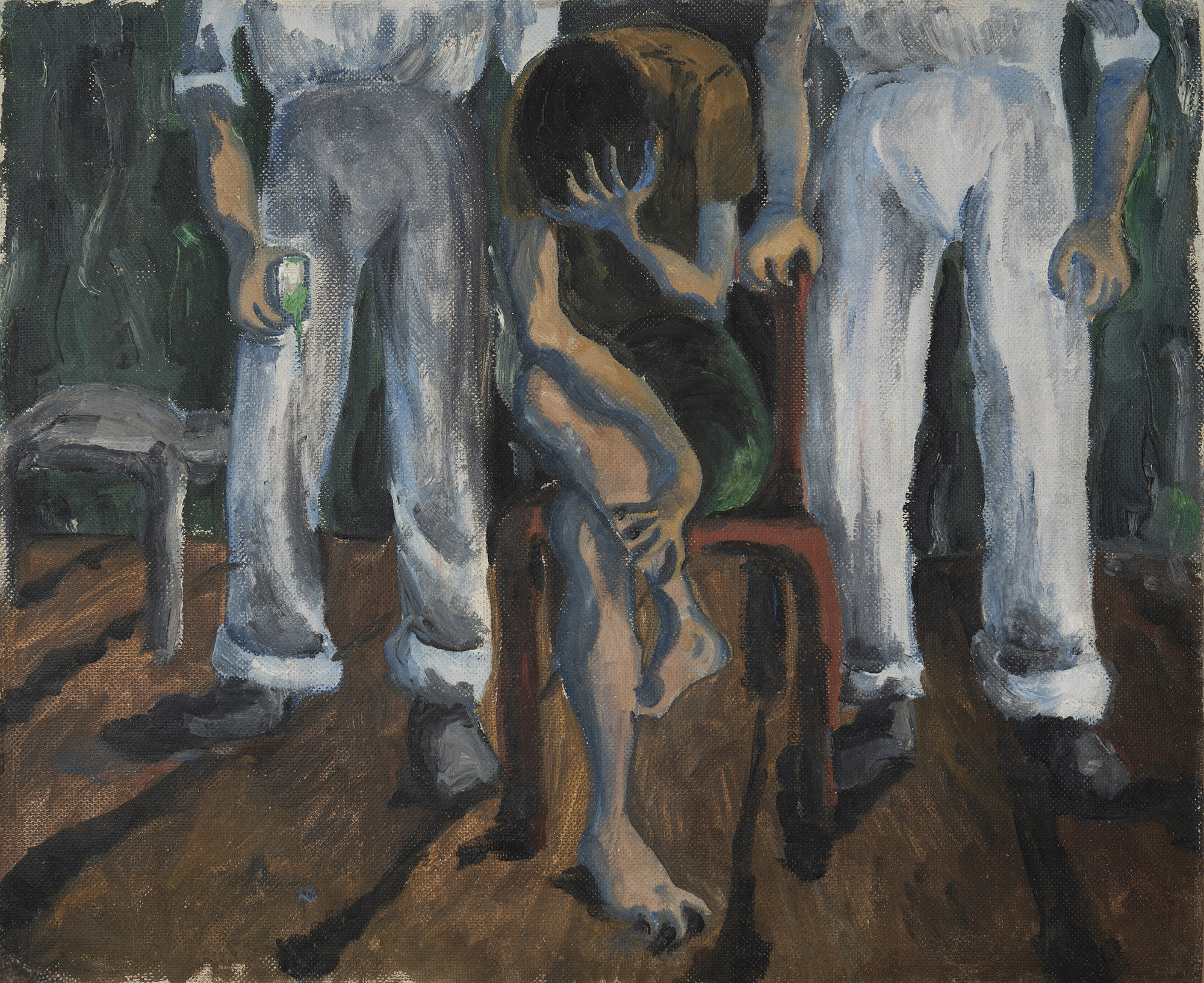 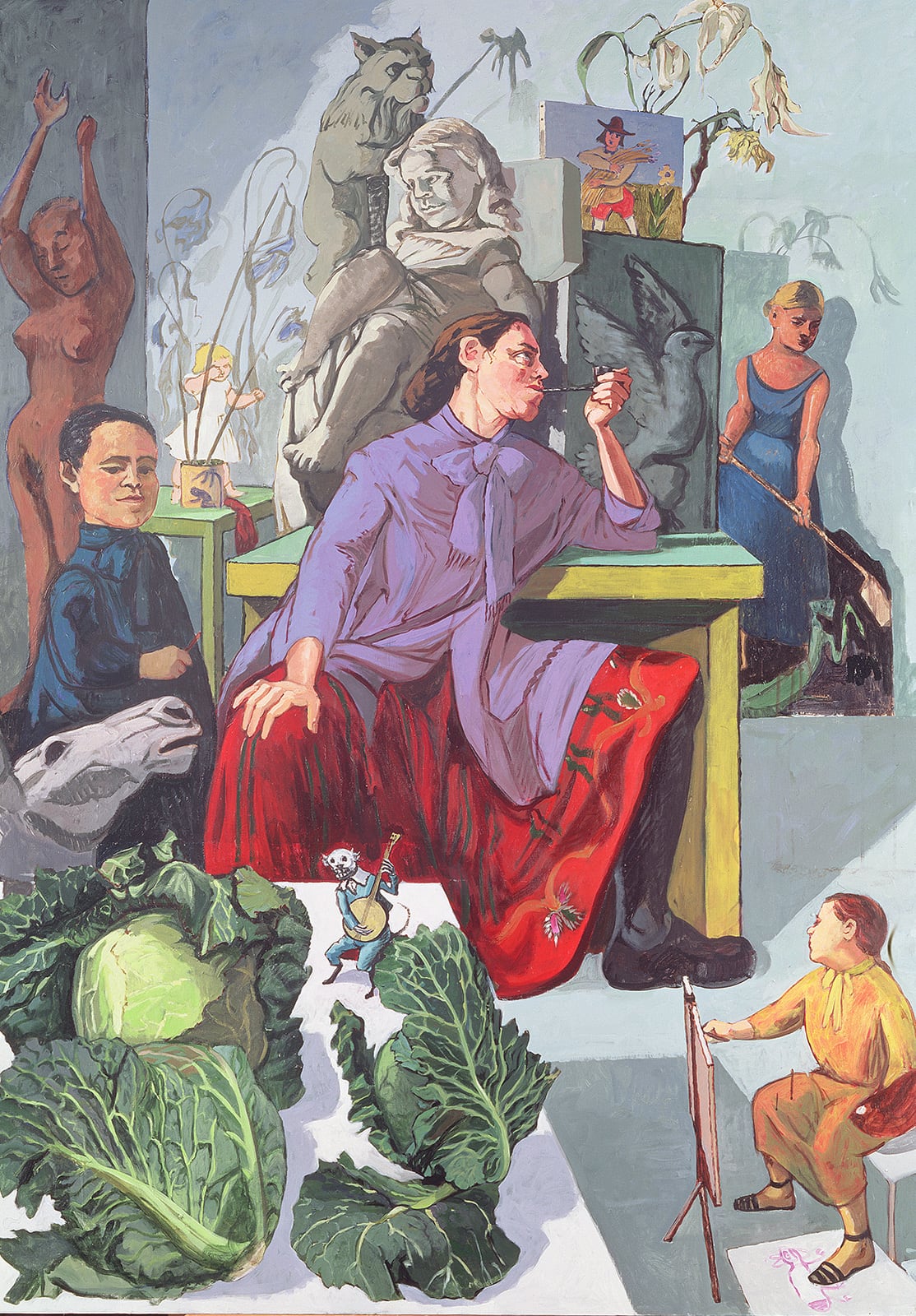 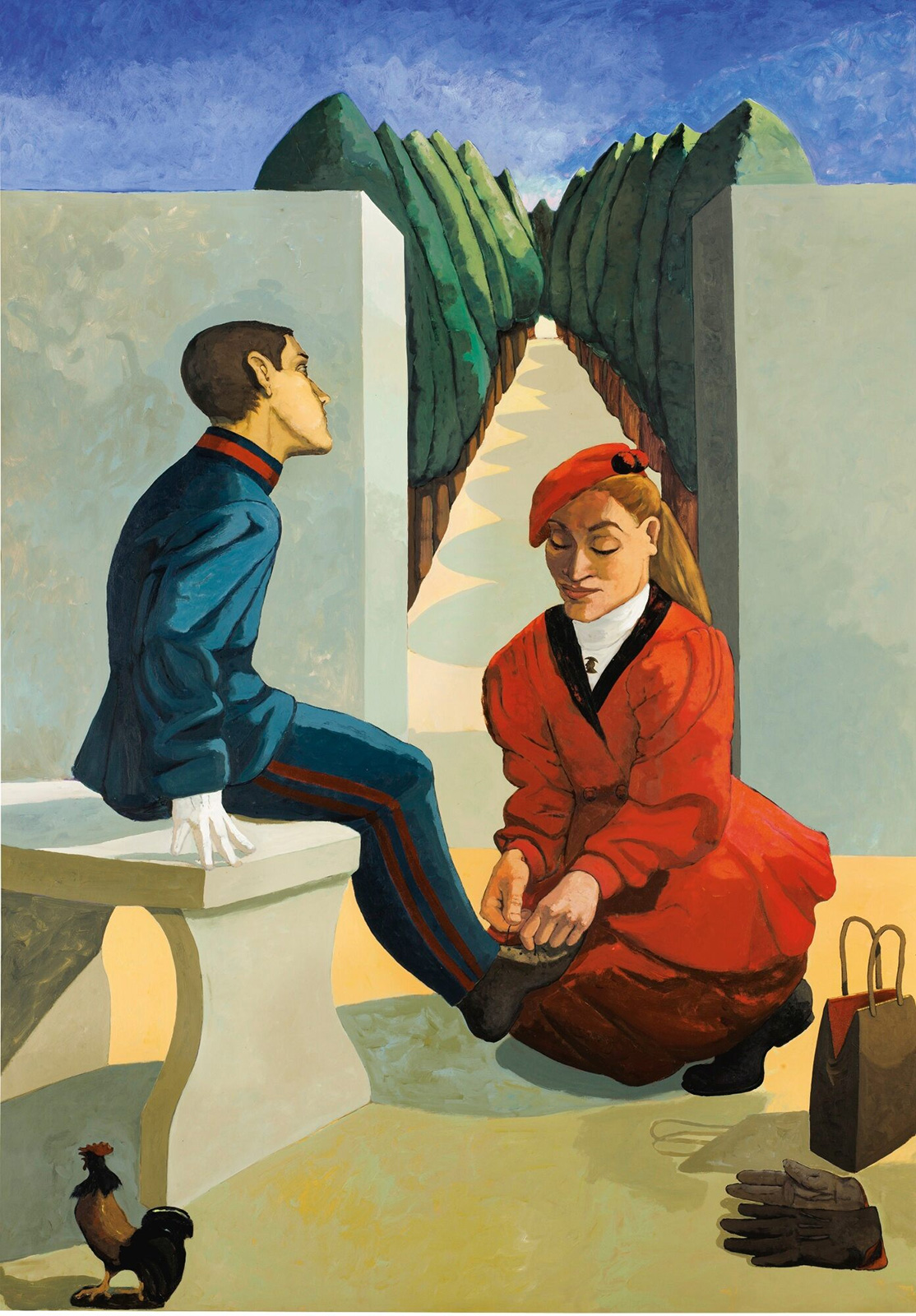 The Cadet and His Sister 1988. Private collection.