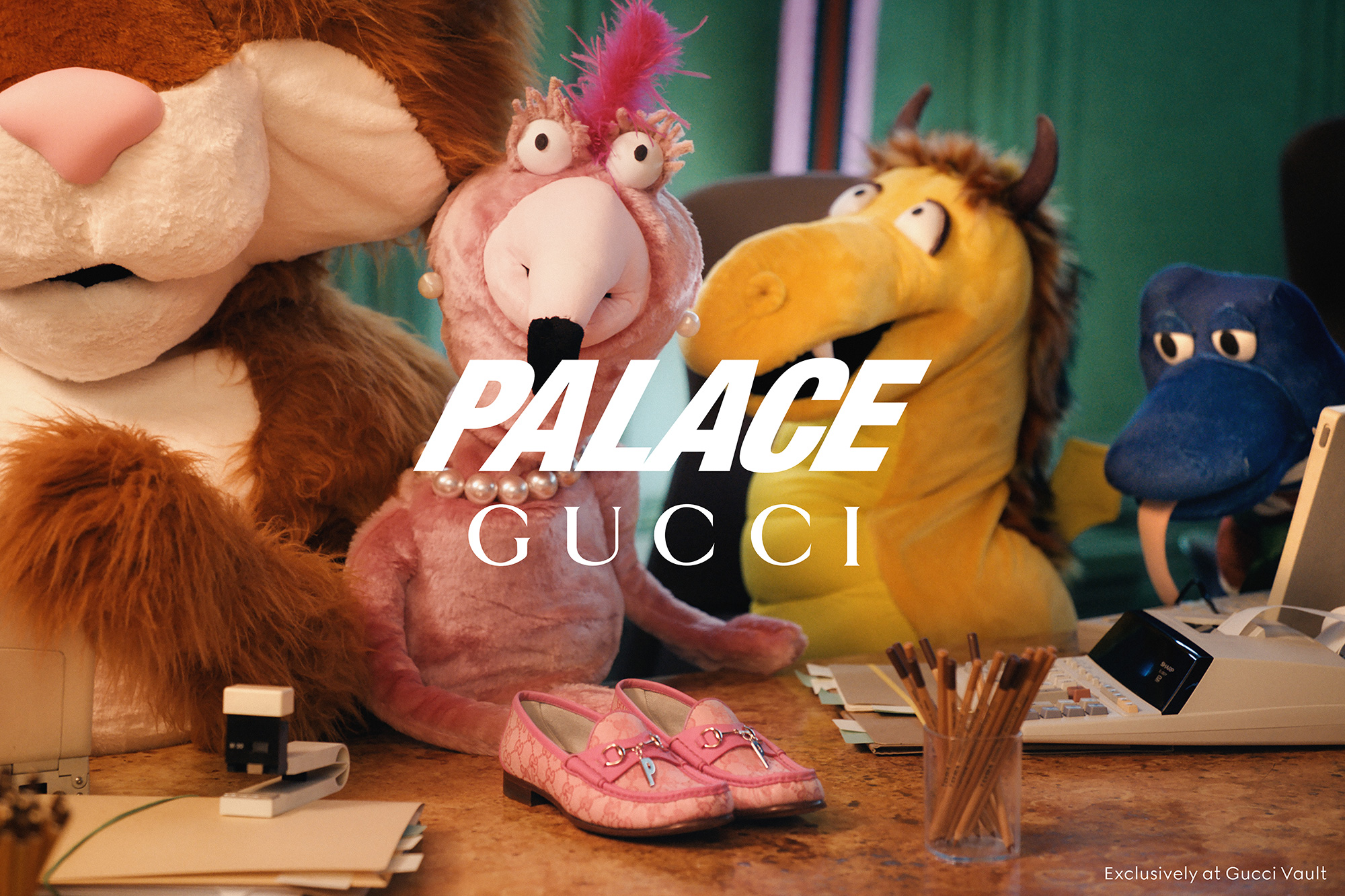 Logo fusion, uniformity found in opposites and limitless creativity; the new collection, has had its fair share of internet rumours, and it has finally been announced, Gucci Vault – the Italian heritage brand’s online platform – is back and they have tapped co-founders Lev Tanju and Gareth Skews of the infamous British skate brand Palace for their latest collaboration.

While the two are no strangers to collaboration – on Palace’s end, it is a core cue for any skate brand whilst for Gucci, it is a part of Michele’s democratic plans for the brand – this meeting could not have taken stranger form. In its campaign video shot by Max Siedentopf, Out of Space epitomises the idea of two ends coming together, with otherworldly appearances, such as literal aliens bathing in luxurious bubbled-water, and numerous Easter eggs which celebrate the newfound partners.

The collection itself fuses together some of the two brands’ iconography for a unique pattern, merging Gucci’s GG and Palace’s Tri-Ferg on a range of clothing. Featuring both menswear and womenswear, a first for the skate brand, items include Palace’s staple football tees and tracksuits as well as the reinvented classic Gucci Horsebit loafer. Lots of Moto-inspired pieces can also be spotted, from a patched leather jacket and its matching trousers to the spectacular limited-edition collaboration with Moto Gucci producing fifty versions of the V7 motorbike. The accessories too saw a head-to-toe revamp, including the quintessential duffle bags in a triangle shape and the safe box adorned with the new print, a literal nod to Gucci Vault.

High-end meets streetwear for Palace Gucci, as the two brands simultaneously take sartorial cues from the other. In another of many firsts, the collection will not only be available on Gucci Vault’s online store but also be taking over pop-up stores in Paris, Tokyo, Milan, Bangkok and Osaka as well as invading Palace stores all over the world, in London, New York, Los Angeles and Tokyo. 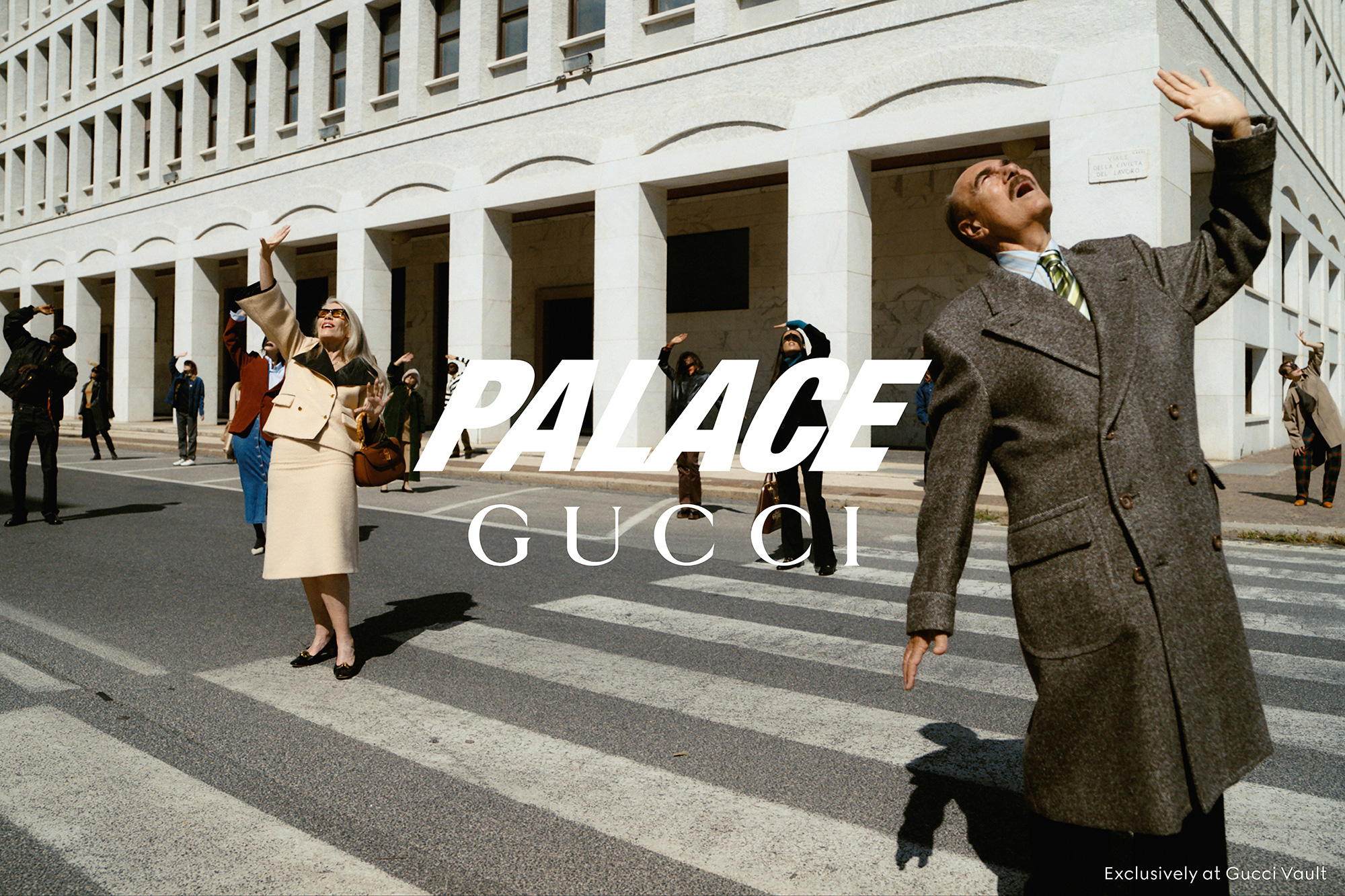 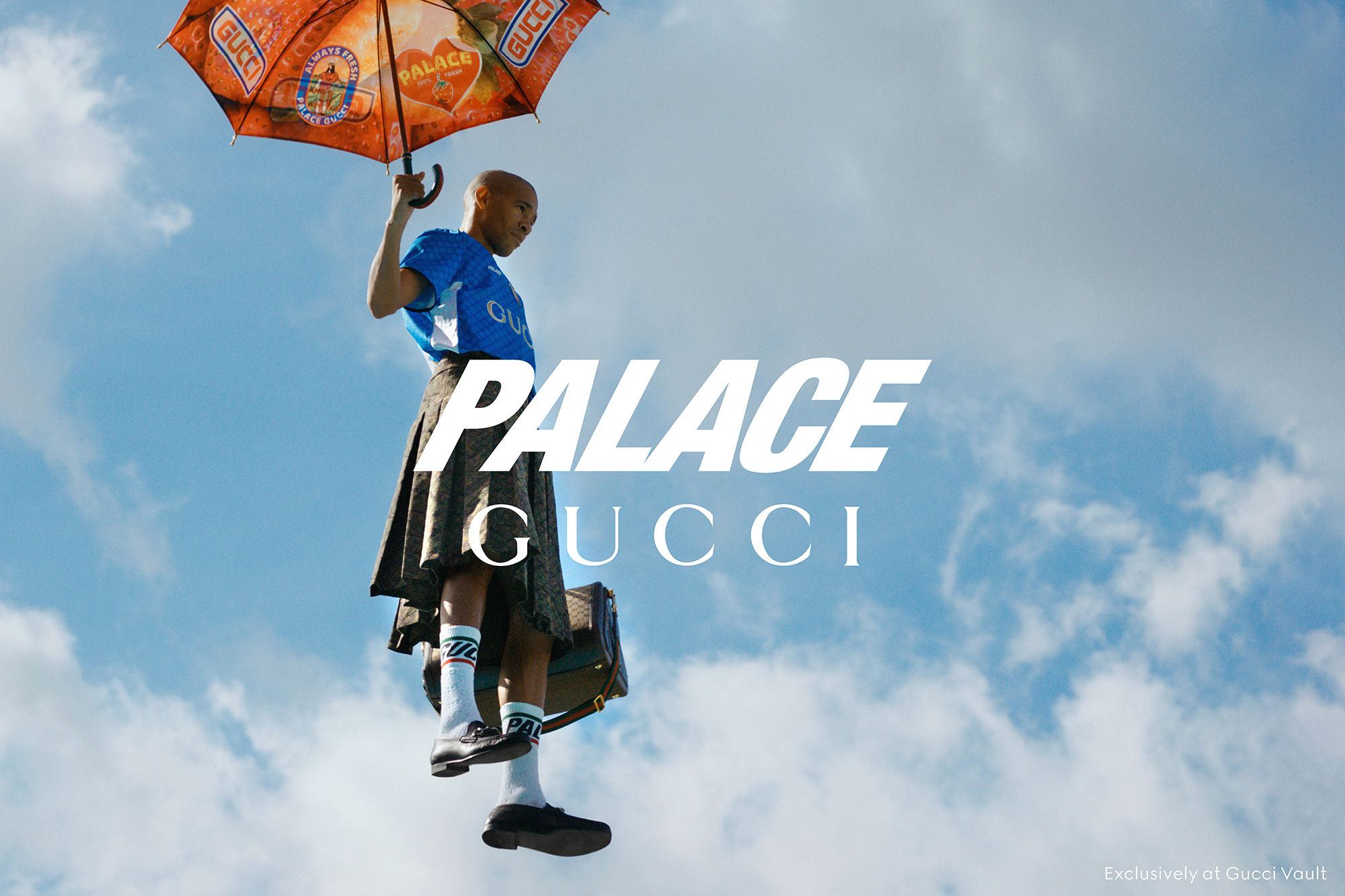 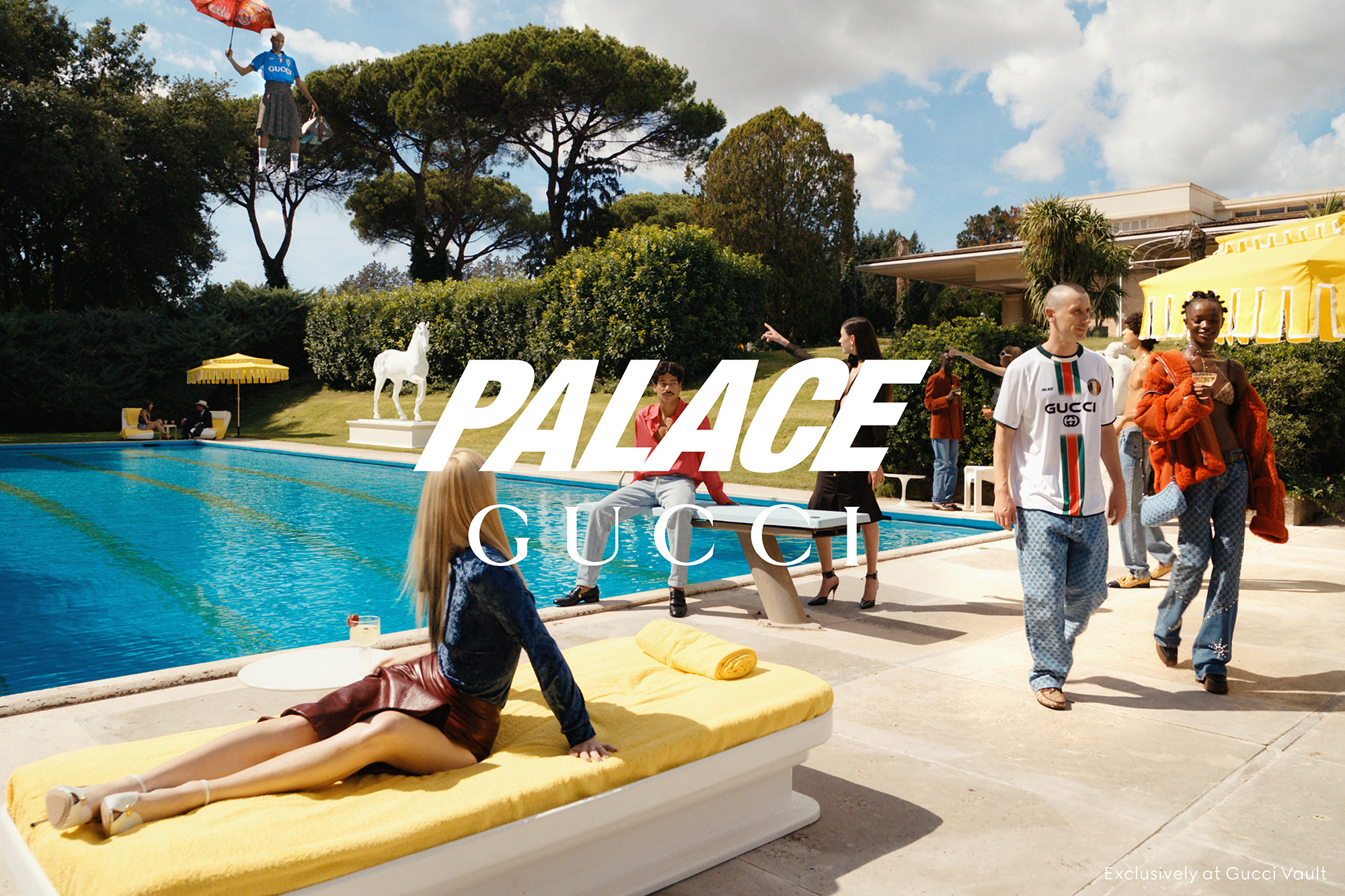 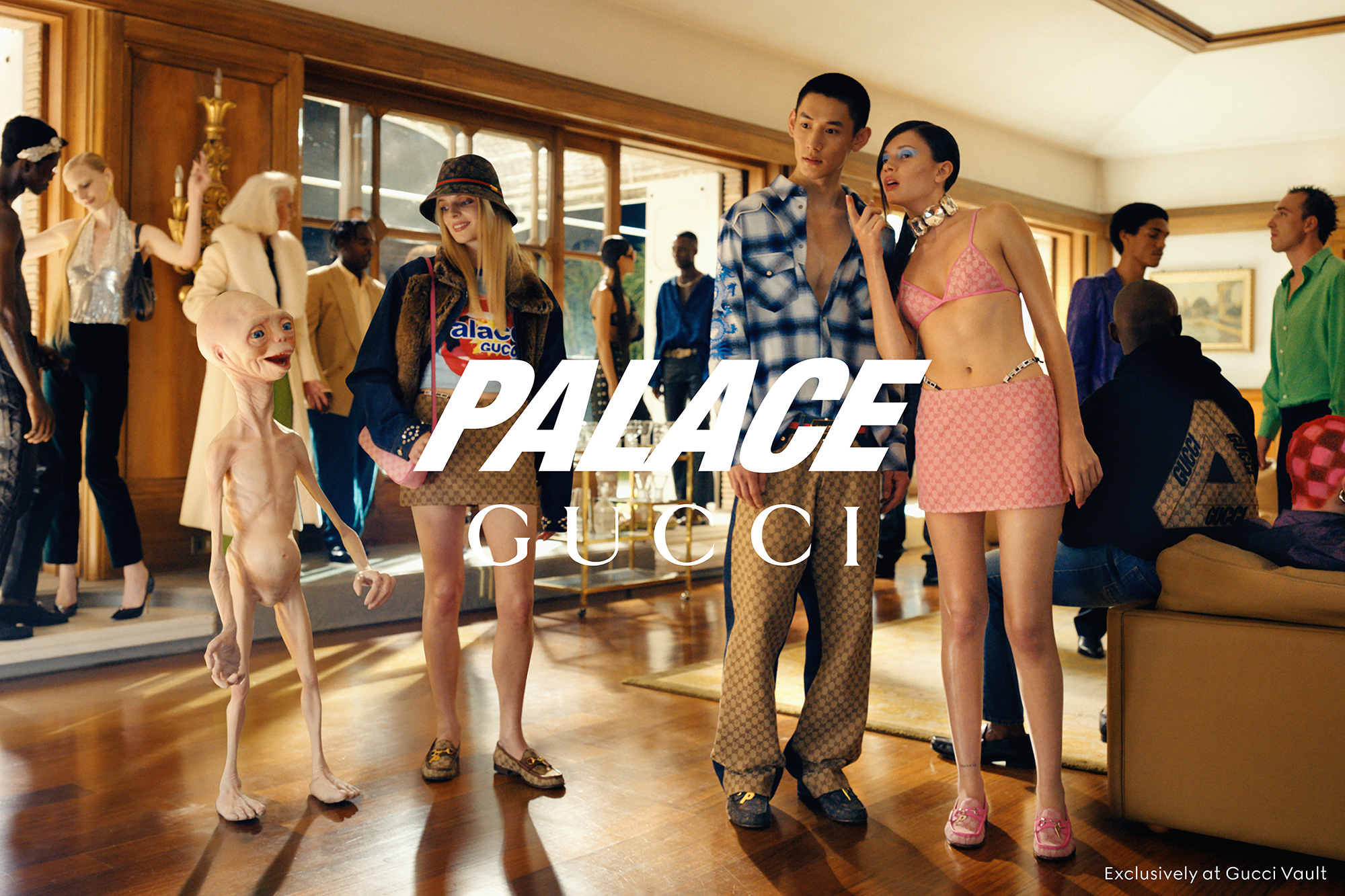 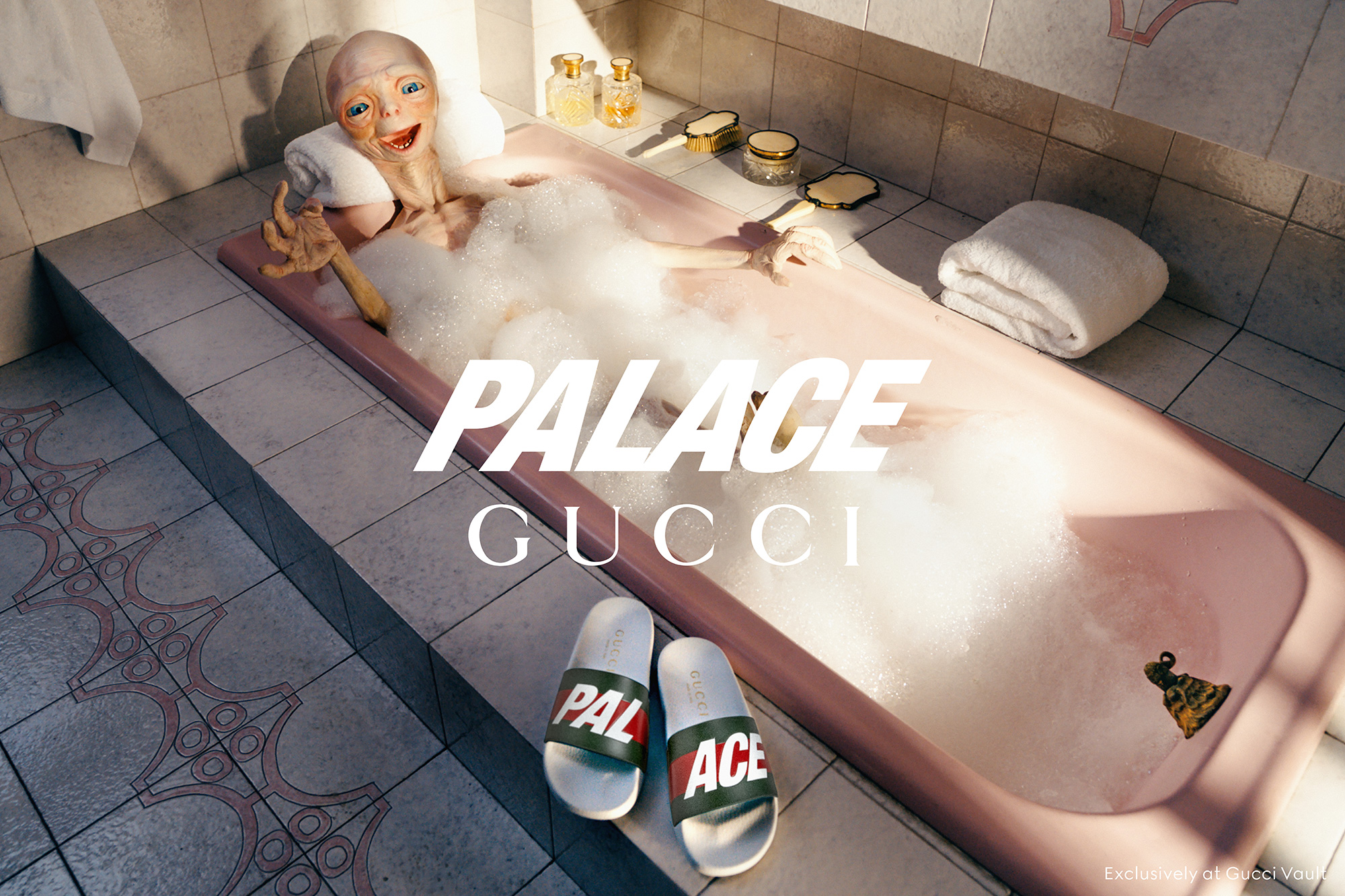 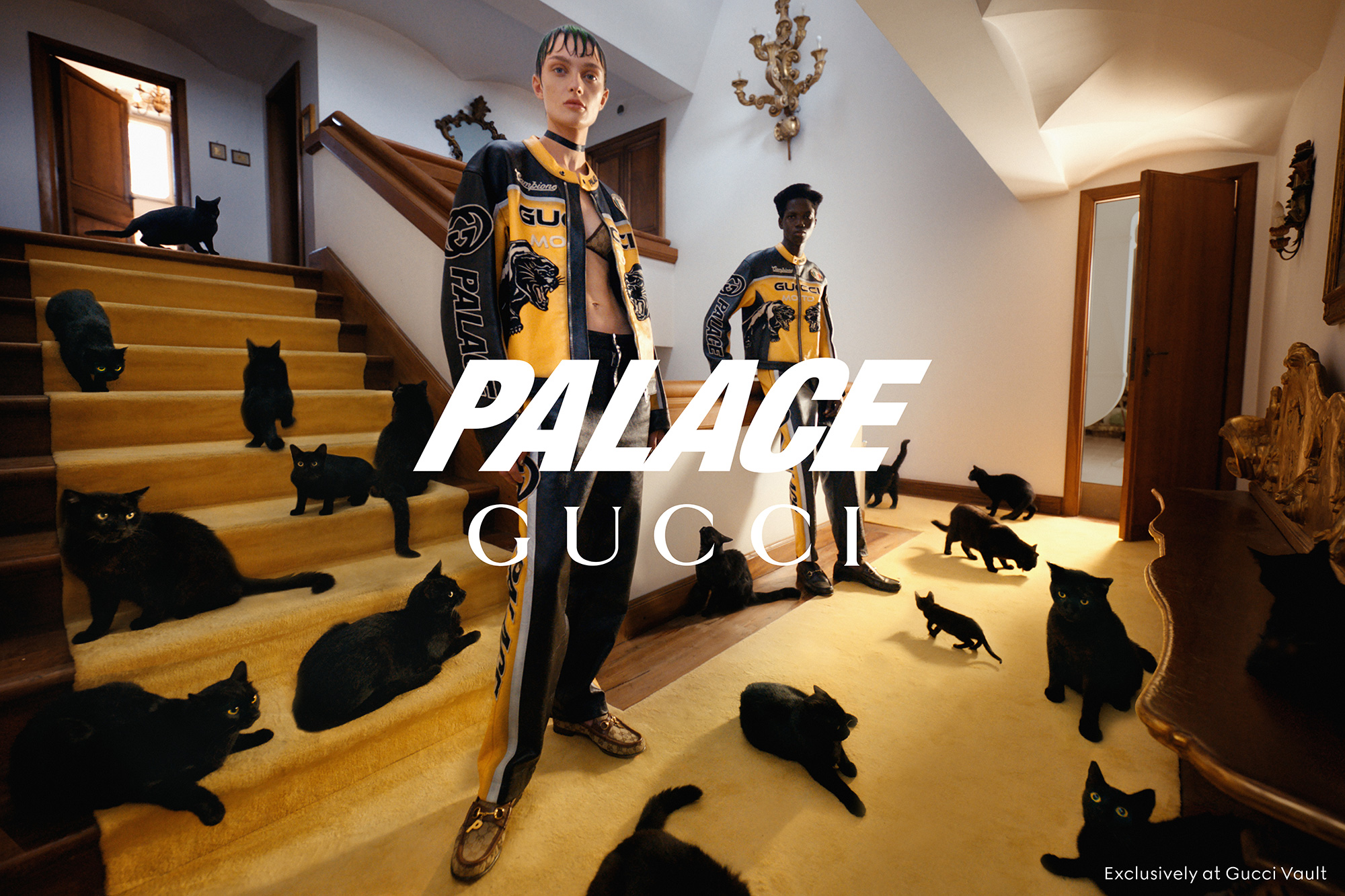 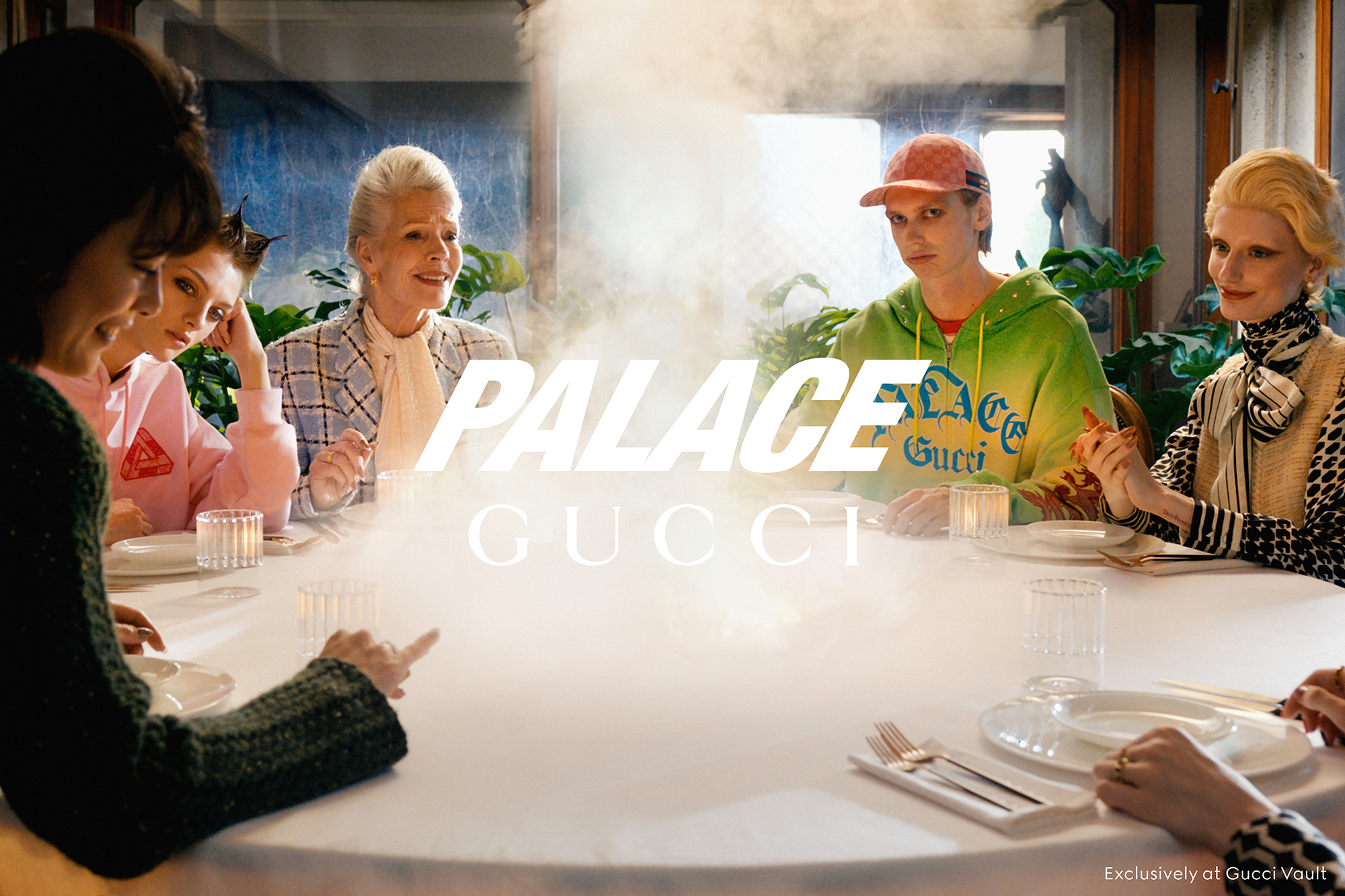 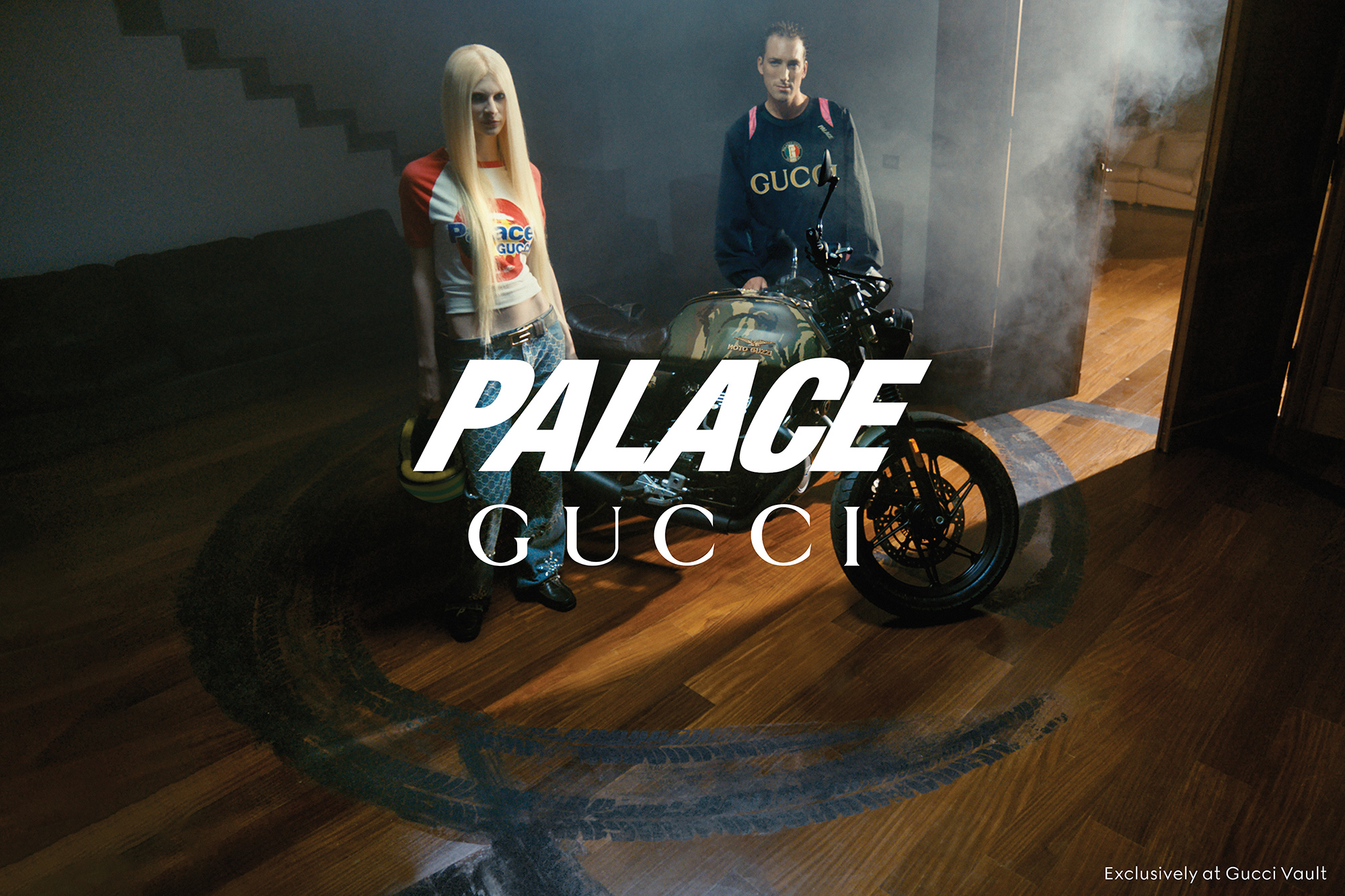 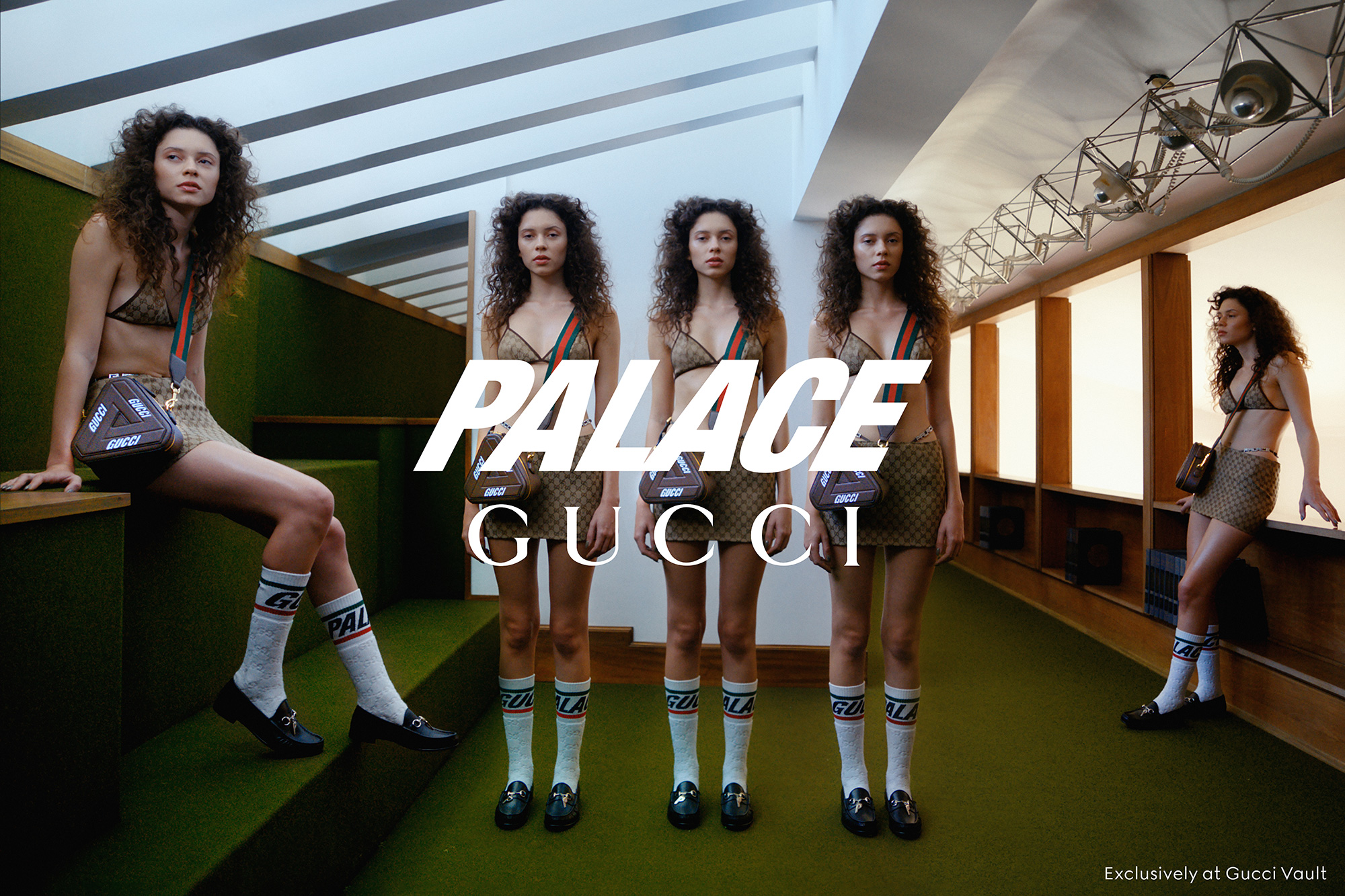 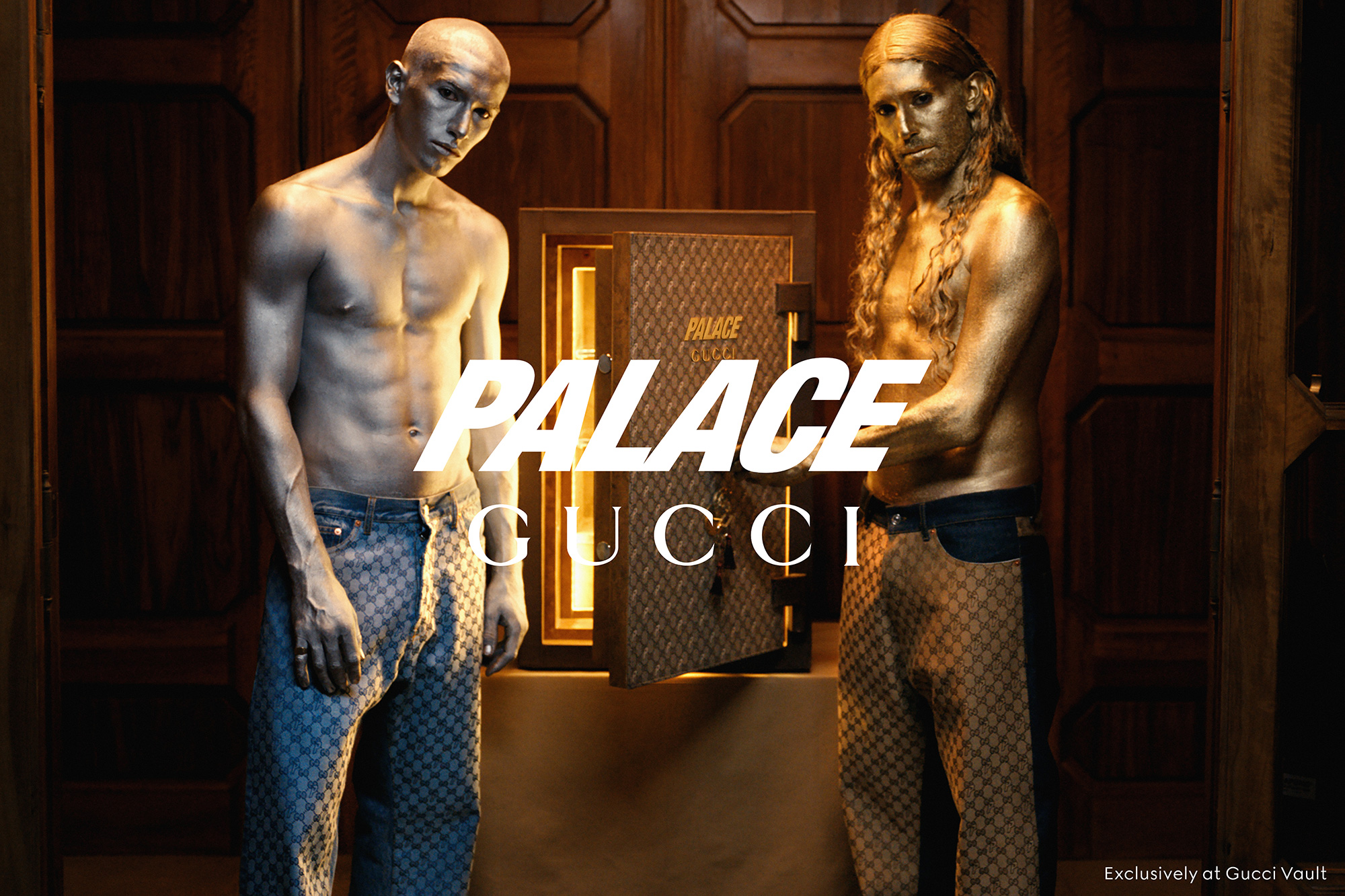 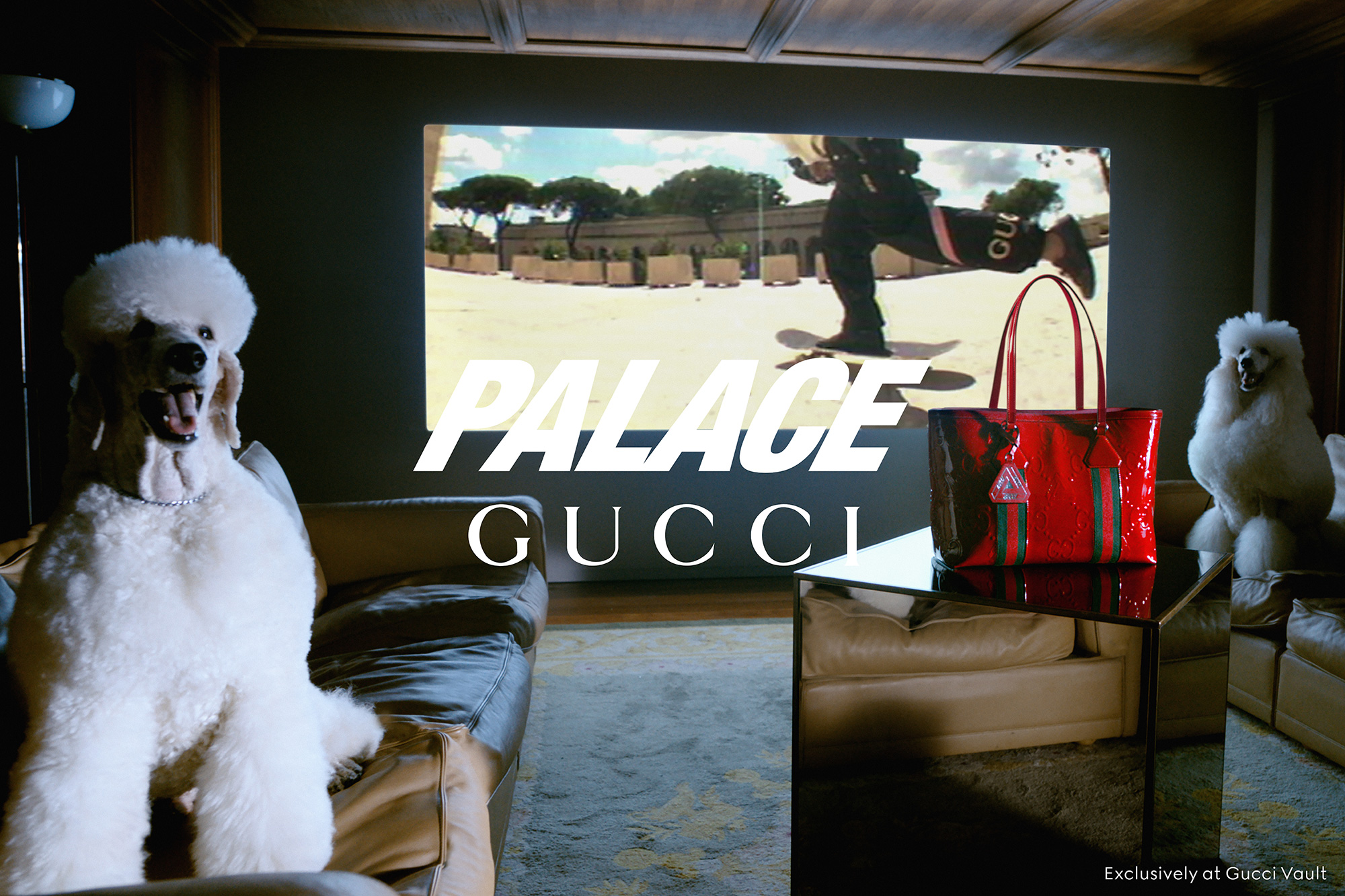 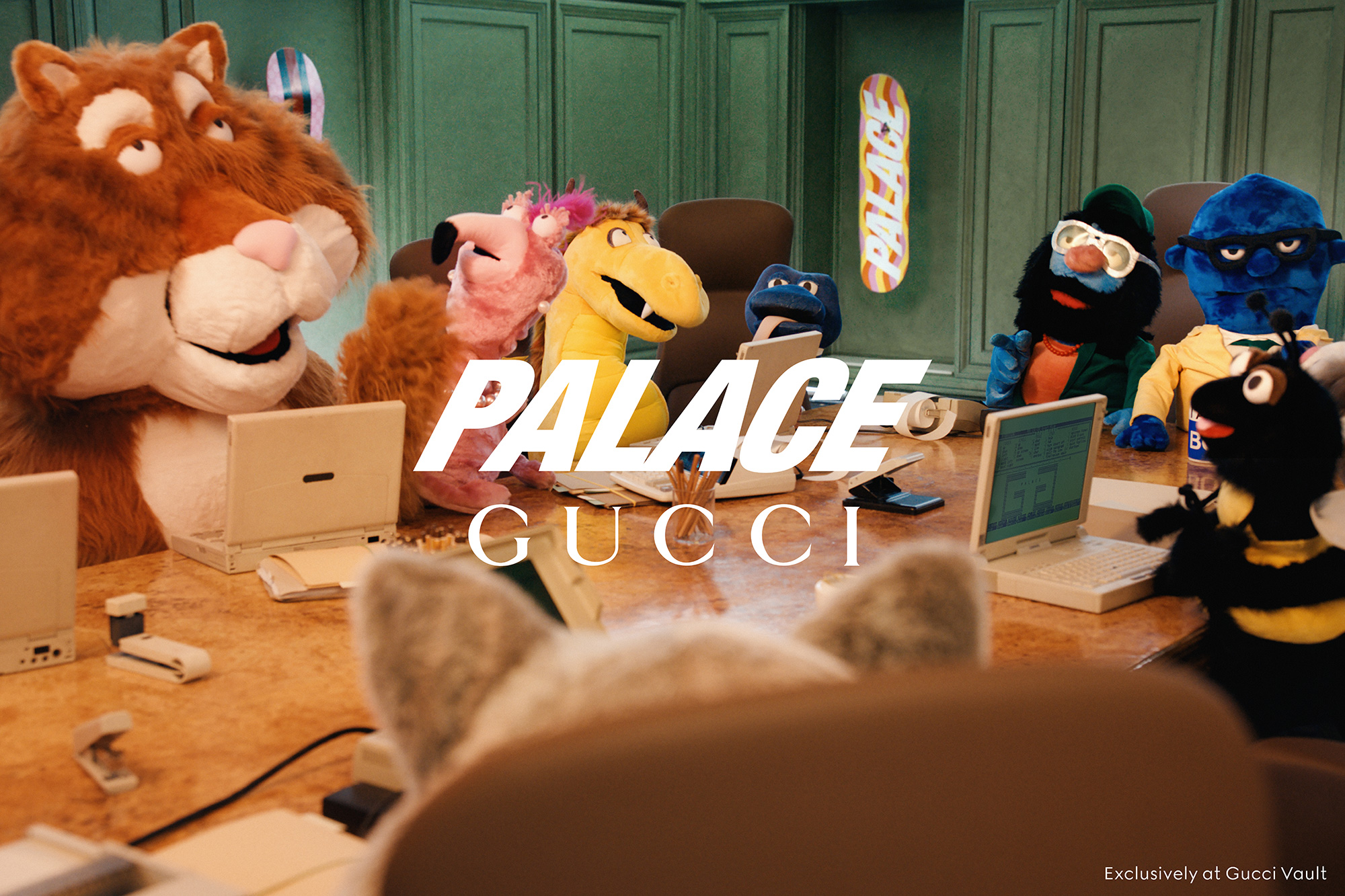