Not fitting the mould 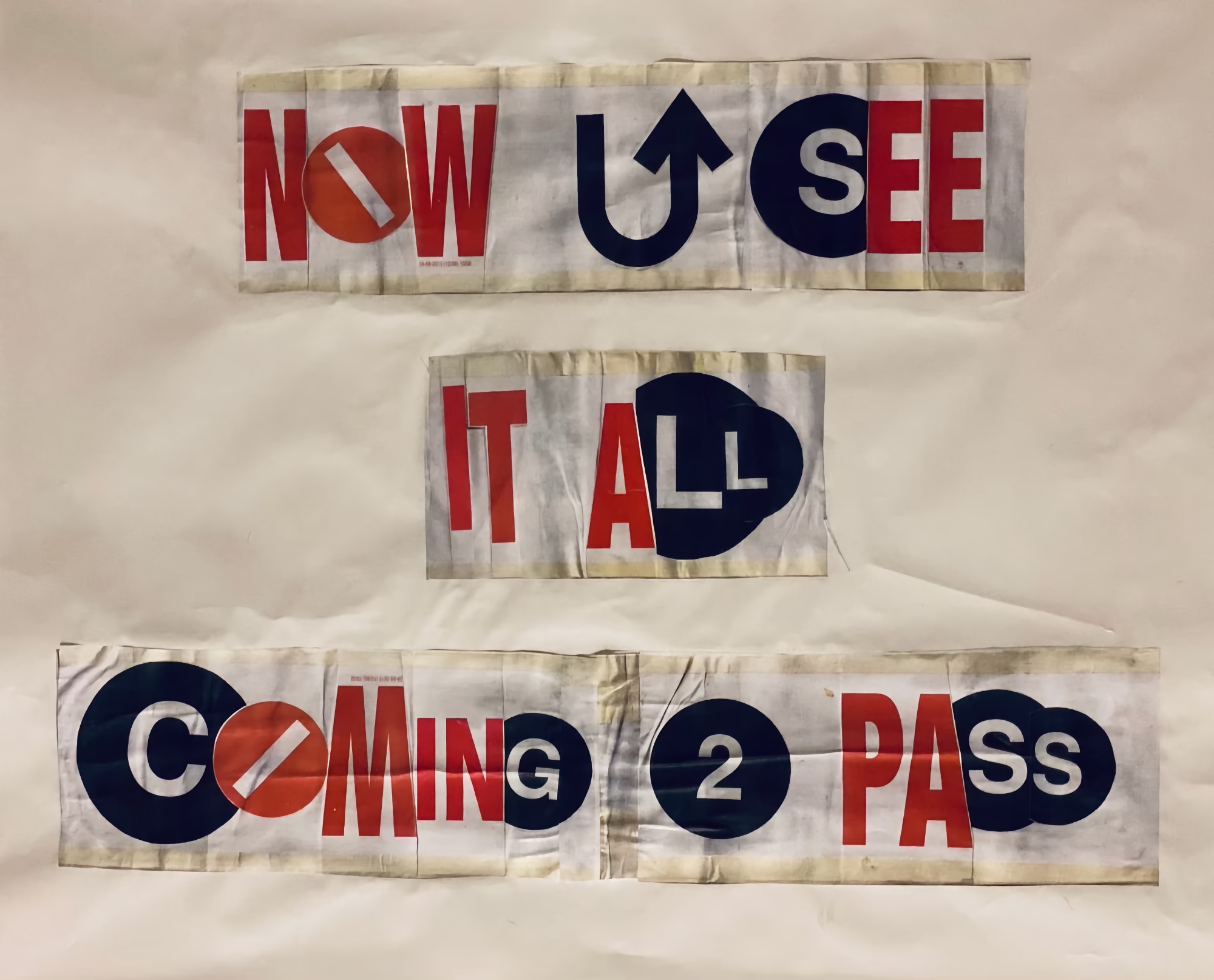 Eight renowned artists with different ways of approaching art that break all barriers who take part of the collective exhibition located in the Blue Building, New York. These are the pillars on which Now You See is built, a group show by Mekia Machine, Malike Sidibe, Tyler Jordan, Mr John Wright, Al Diaz, Bill Blast, Kyzer and Smurfo, some of the greatest representatives of creativity that, promoting artistic freedom and one's own identity as a fundamental strength, question the moulds of the art scene. The exhibition opens on February 24.
Curated by artist liaison and Van Der Plas Gallery manager Josh Gosselin and artist and curator John Wright, this project is “an exclamation to the powers that be in the world of art who failed to admit street art, graffiti and art of artists who never traditionally the mould of the quintessential New York artist,” as we read in the manifesto that comes along with the exhibition. An authentic artistic revolution that allows us to learn more about the different aspects of art, demonstrating that talent is present in countless formats and creative forms.

An East Harlem-based neo-expressionist artist, Mr John Wright, who today co-owns the Askan boutique on the Lower East Side, joins forces with Josh Gosselin, an artist liaison and manager of Van Der Plas Gallery in New York City’s Lower East Side neighbourhood. Two restless minds who now take advantage of their knowledge of the industry to give a voice to artists who have much to contribute to the current scene, in an immersive experience within the contemporary art world remixing the old school gallery vibe world with millennial and Gen Z sensibilities.

From Al Diaz, a New York graffiti icon best known for his friendship with Jean-Michel Basquiat, to Bill Blast, who has exhibited his work internationally since he was 19 years old, including Galerie Yaki Kornbilt in Amsterdam or Museum Boymans in Rotterdam, among others. Street art becomes the quintessential protagonist in an exhibition that pays homage to some of the most renowned artists in this field, such as Mekia Machine, a Jamaican-born artist who was raised in the United States for much of her life and who investigates aesthetic and societal norms through conceptions of time, identity, memory and place. And many more creatives whose work you should not miss. You can visit Now You See from February 24 at the Blue Building, New York. 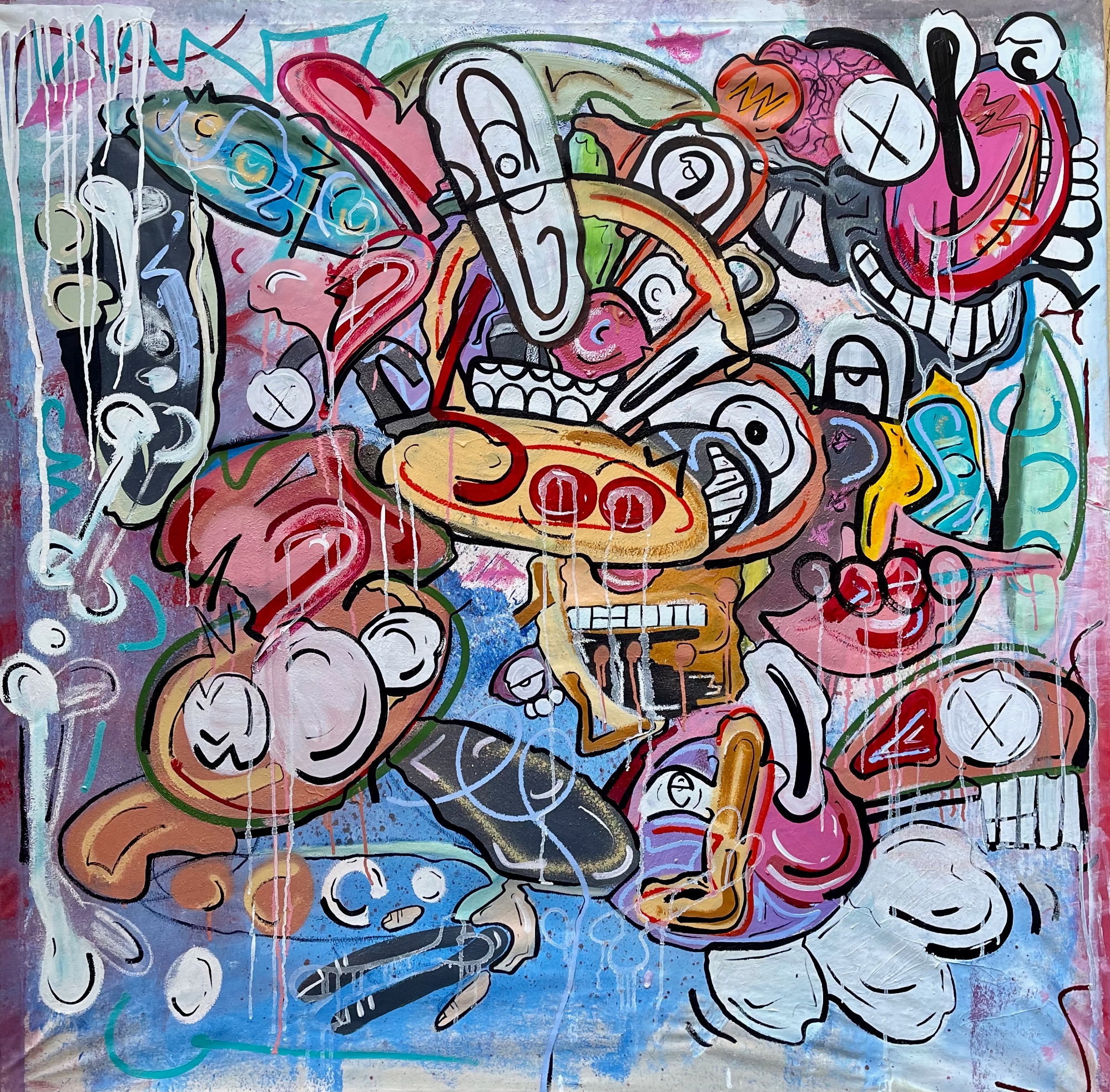 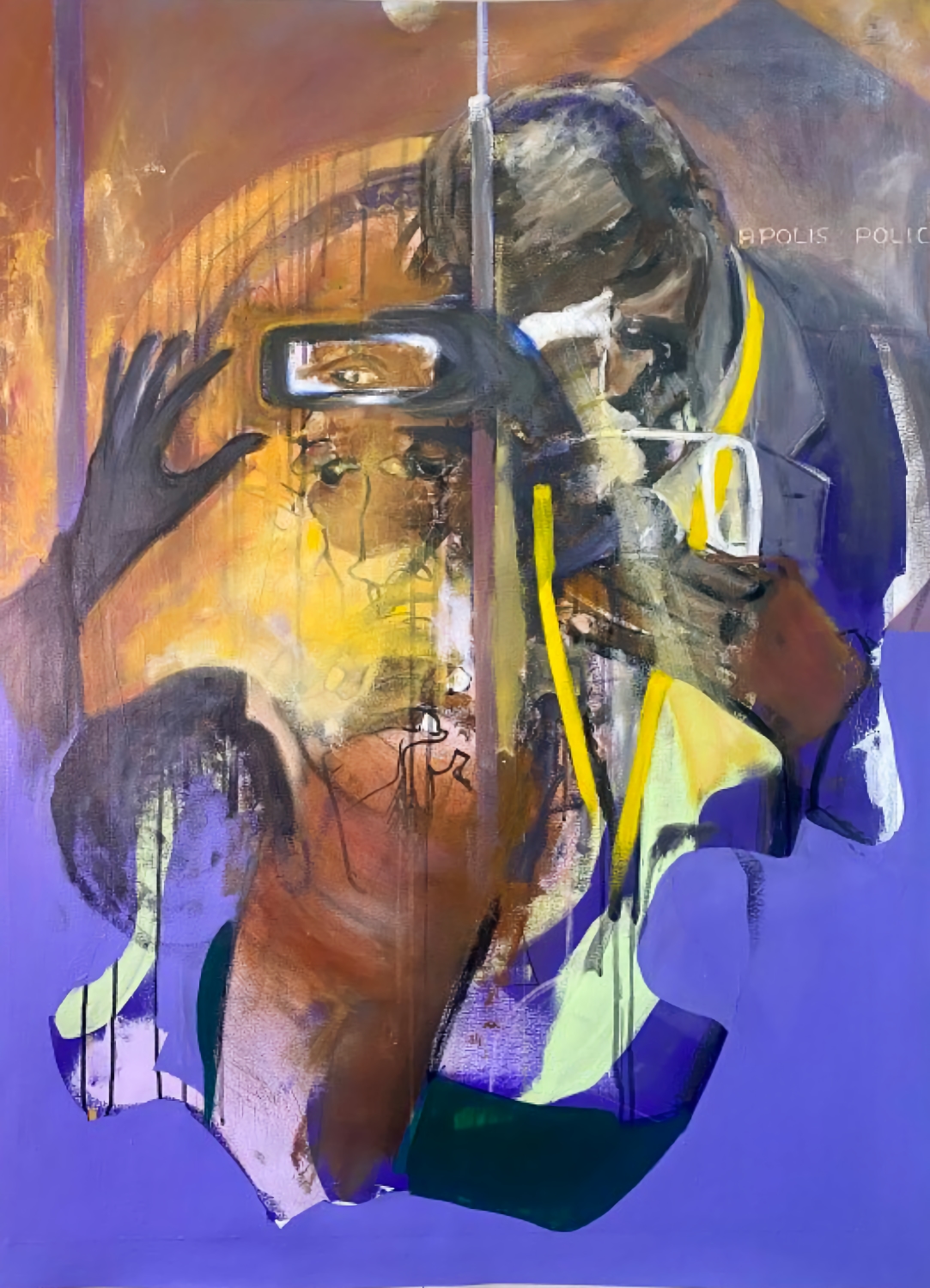 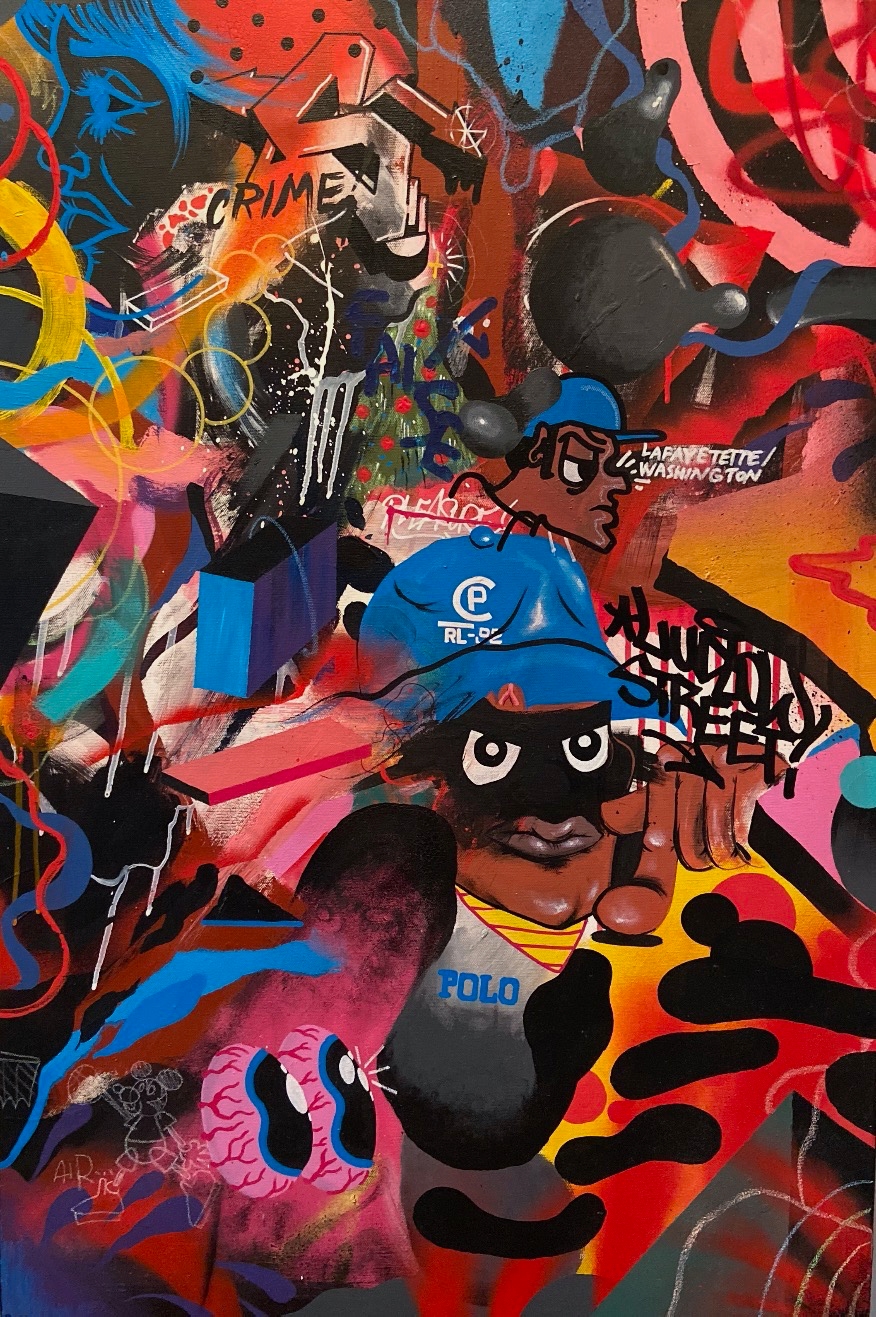 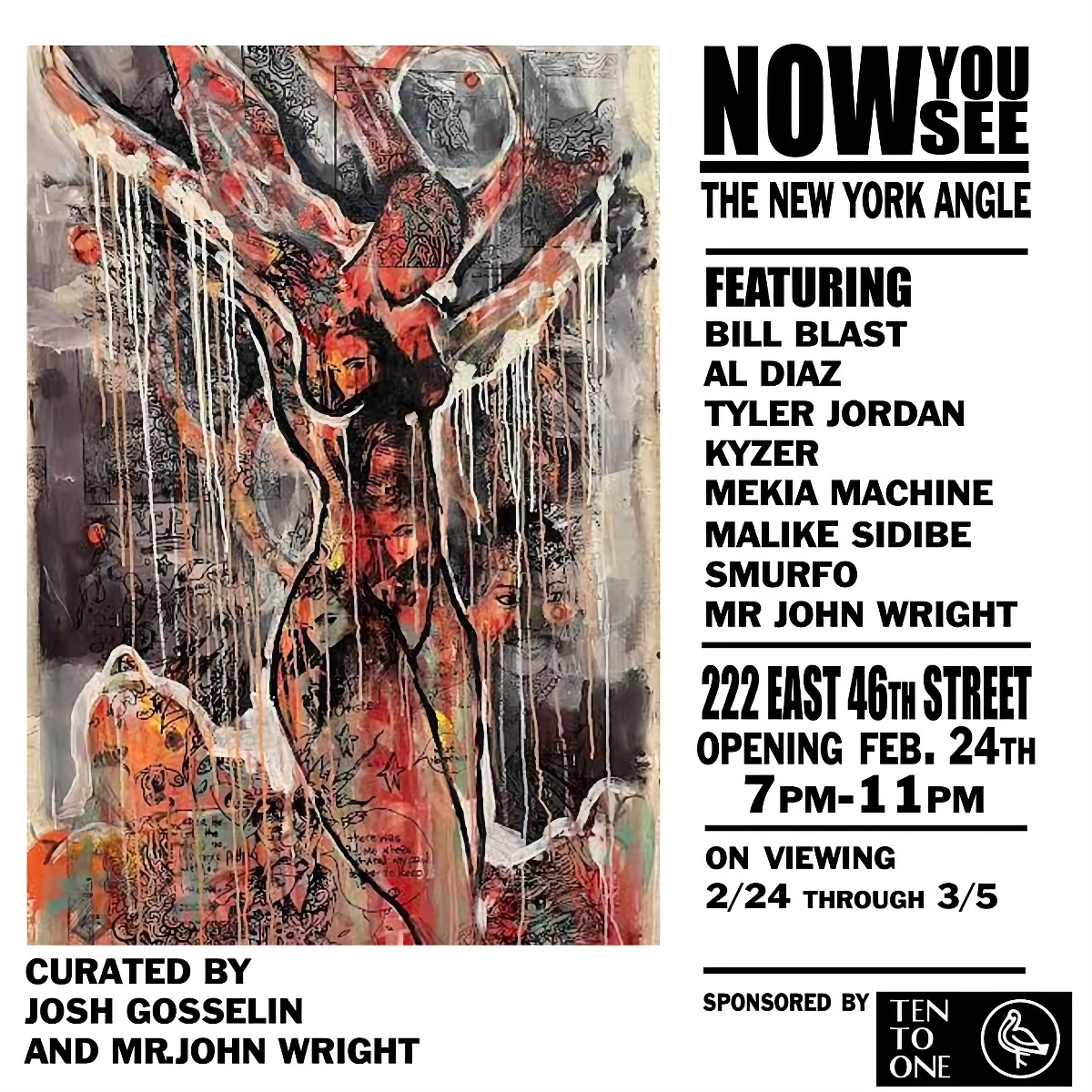