Not the main characters

Welcome to our cyber world 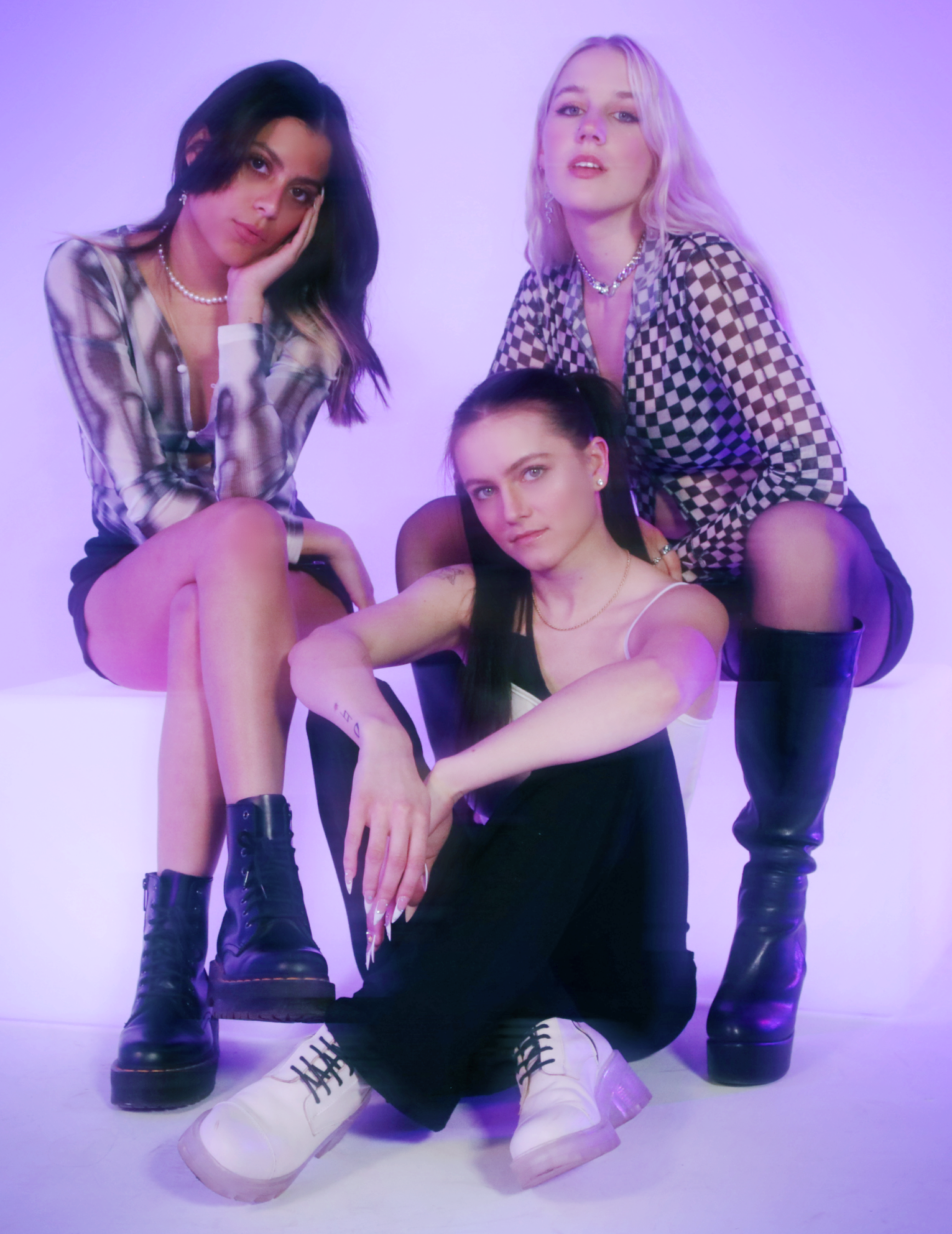 Taking influence from all corners of pop-fusing hip-hop, hyper pop, and electronic music, Gabi Gotts, Perrin Xthona y Tammy Gonzalez – better known as Not The Main Characters – now present their new single, 8ball. “It’s the anthem for our chaotic decision making,” says the electronic pop trio, whose new release is the first single from their debut EP, Bad Things Come In 3's, out May 20. Since they wrote their first single bev hills via Zoom during the 2020 quarantine, the girl band has not stopped building a cyber aesthetic with their own identity.
“The choice to go to a party is often very last minute and involves frantic outfit changes and desperate attempts to pre-game efficiently with double shots of vodka,” comment the three artists, who invite listeners to go down the rabbit hole into a spangled, hypnotic, musical fantasy land with their latest release. “Our upcoming EP is essentially a mixtape for this sort of debauchery, and 8ball felt like the perfect introduction to our world,” they add. Their creative universe has a life of its own, and their new single becomes the ultimate track for the perfect night out.
After unveiling singles that exceed a million streams such as the aforementioned bev hills or murder party, which has more than three and a half million listeners on Spotify, their uninhibited lyrics and brazen ad-libs invite us to party, being surrounded by real friends and not worrying for a while forgetting all our problems. “Not my fault so you can’t blame me, this 8 ball chose this life for me,” they say in their new song. But this is only a sneak peek of their debut EP, which will include six singles and will be released on May 20. Their musical career has just begun.