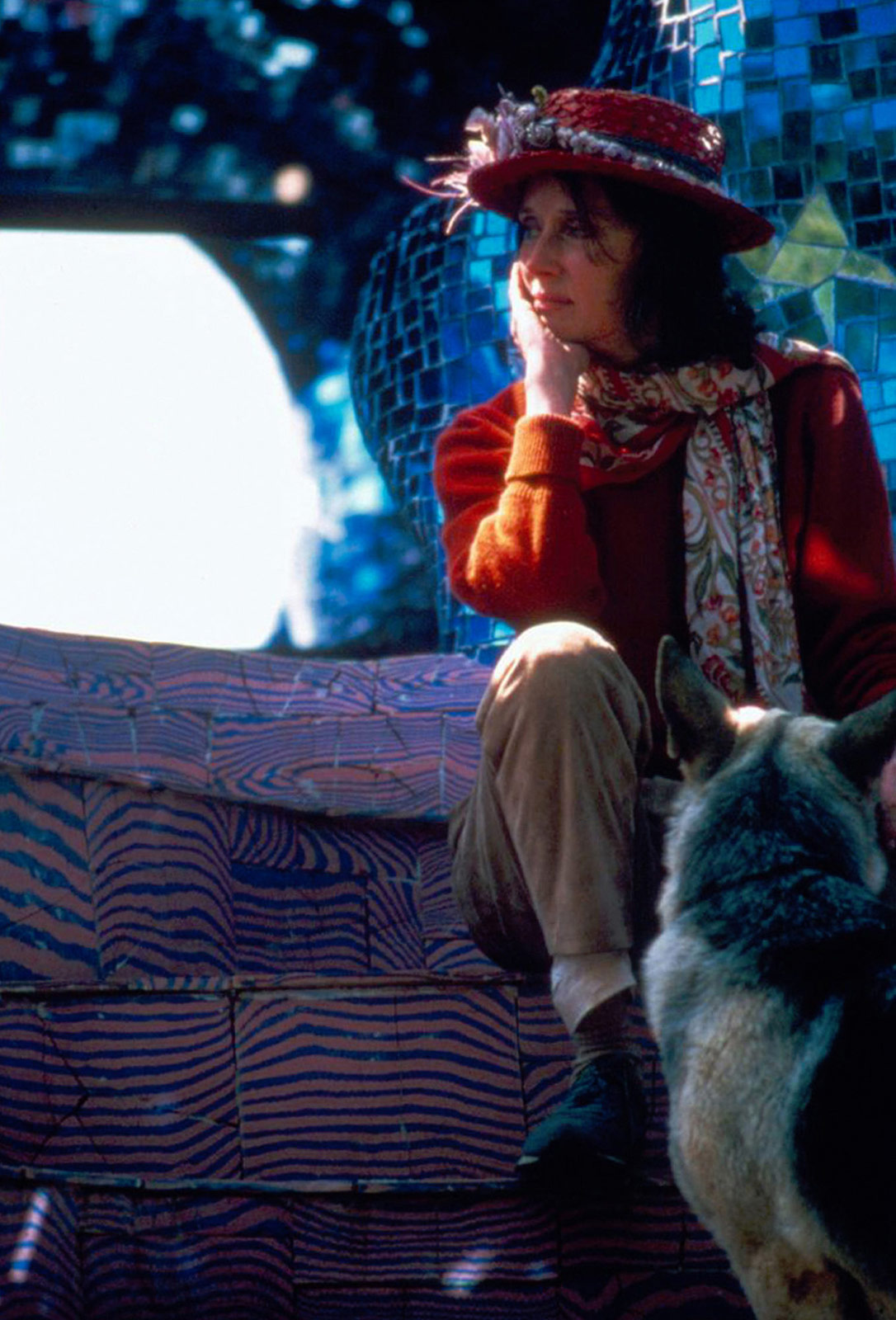 A compelling and colourful exhibition of Niki de Saint Phalle’s celebrated artistic oeuvre is now open to the public at the MoMA PS1 in Long Island City, Queens, New York. Titled Structures for Life and featuring over 100 artworks, the show is an exploration of the French-American artist’s creative output, with pieces ranging from paintings, sculptures, and films to clothing and her own fragrances. Known for pushing beyond artistic norms, depicting large fluid curved figures and forms with her unique experimental style, innovation is key to this self-taught artist's process. Niki de Saint Phalle's spirit of innovation is emphasized by the New York museum in this exhibition open until August this year.
Niki de Saint Phalle's defiance of artistic convention is characterised by her approach to recording in an openly feminist, performative and monumental style. Moreover, mixing architecture and public sculptures, she envisioned new ways of inhabiting the world. This is what led the avant-garde artist to develop Tarot Garden (1998), a massive sculptural installation that also worked as a utopian sculpture park, which is still open to the public in Tuscany.

"Can art alter perception and shift reality?" is a question that Niki de Saint Phalle kept revisiting throughout her practice and interdisciplinary endeavors. She first received international attention for her aggressive assemblages, which had been created by shooting paint with firearms - a representation of feminist rage. These evolved into Nanas, her whimsical and large-scale sculptures of animals, monsters, and women. As a socially-engaged artist Niki de Saint Phalle directly addressed pressing issues such as women’s rights, climate change, and HIV/AIDS awareness. She particularly took destigmatization of the latter as her goal in her illustrated book AIDS: You Can’t Catch it Holding Hands (1986).

Ultimately, Niki de Saint Phalle's work engages with the politics of social spaces. She produced charged locations of imagination, fantastical houses, parks, and playgrounds while focusing on the visionary architecture and utopian environments. From 1995, when she visited Barcelona, Gaudi became a great source of inspiration to her architectural sculptures, from which she envisioned experimental emerging societies and places “where you could have a new kind of life, just to be free.” 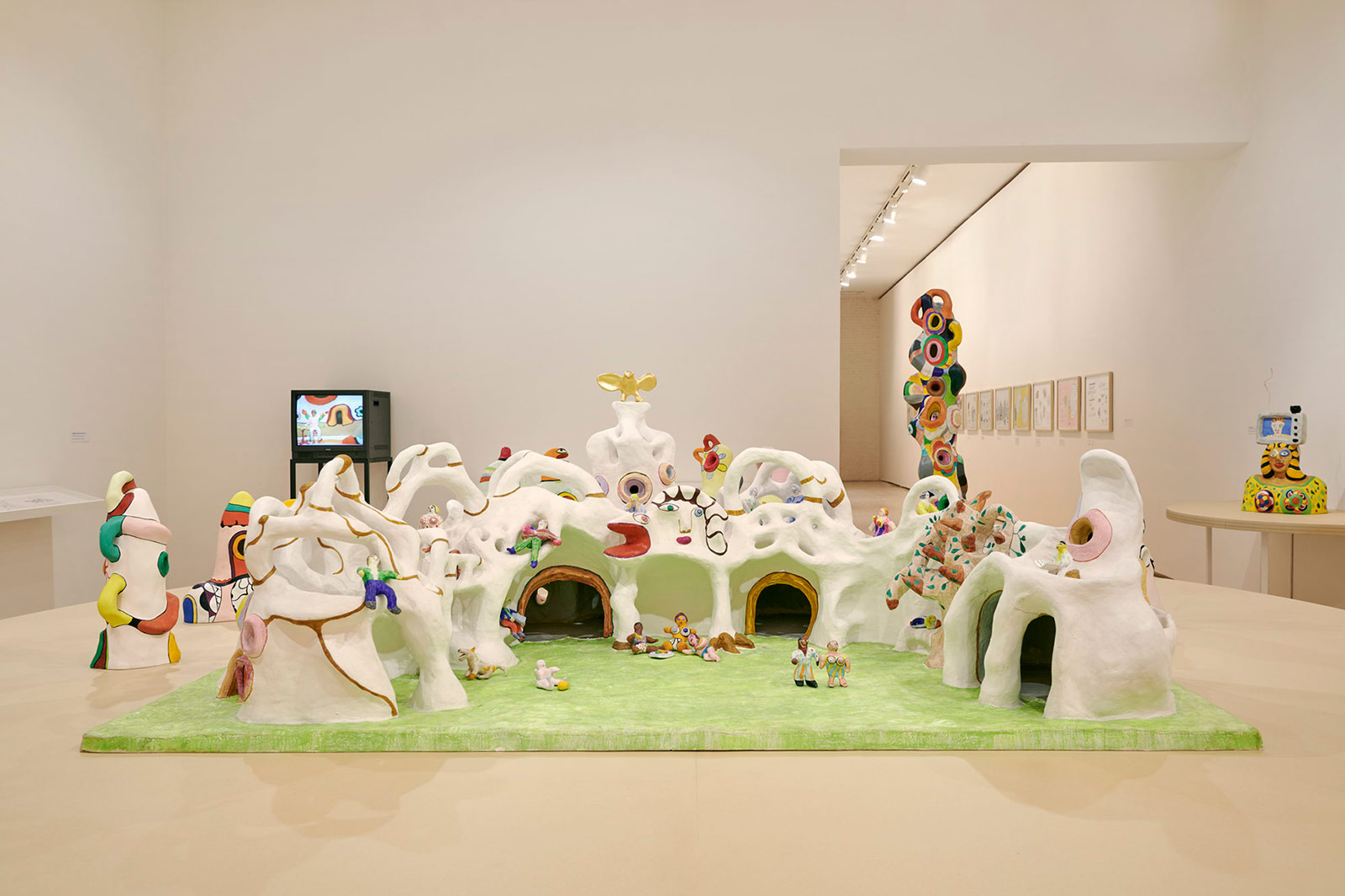 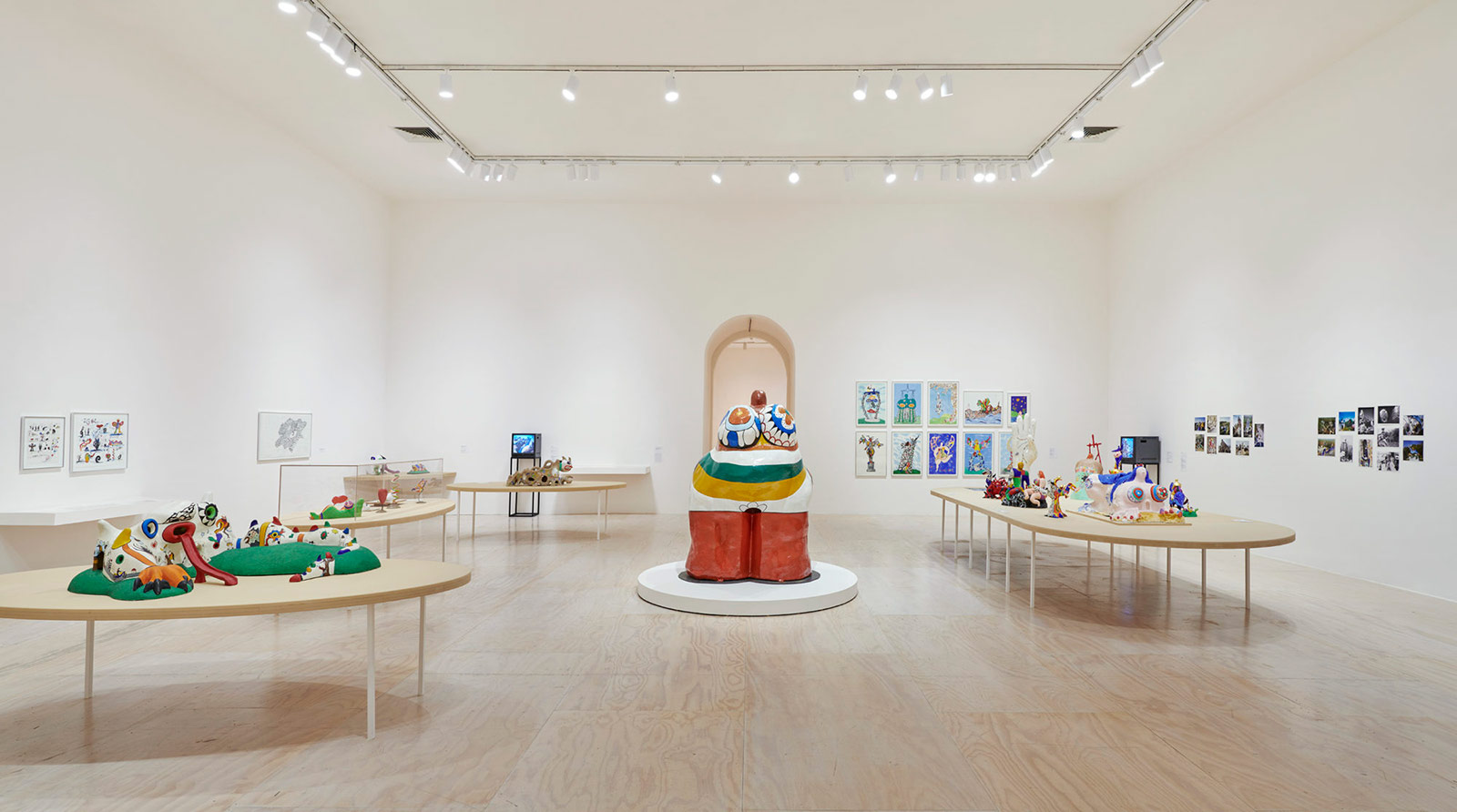 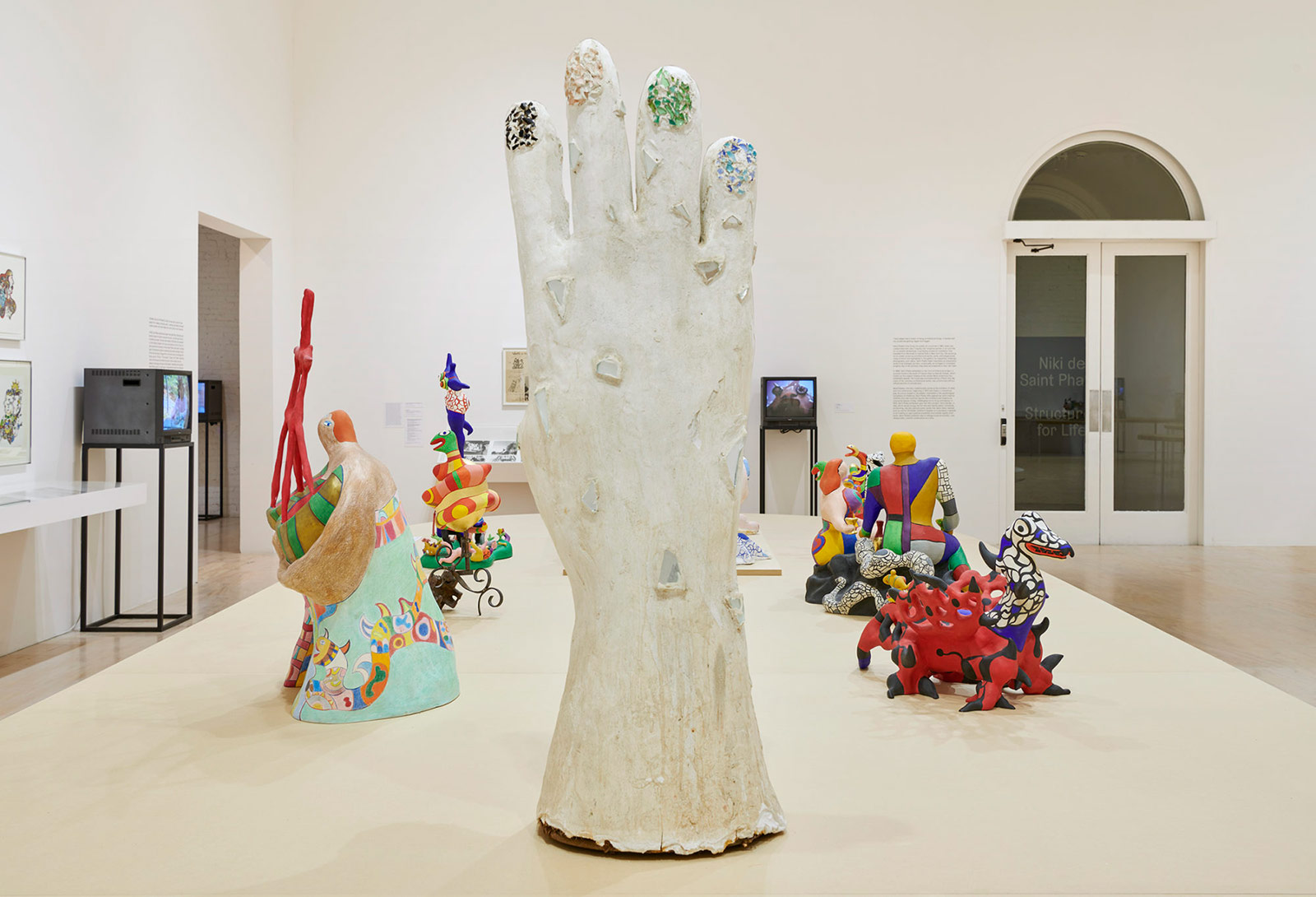 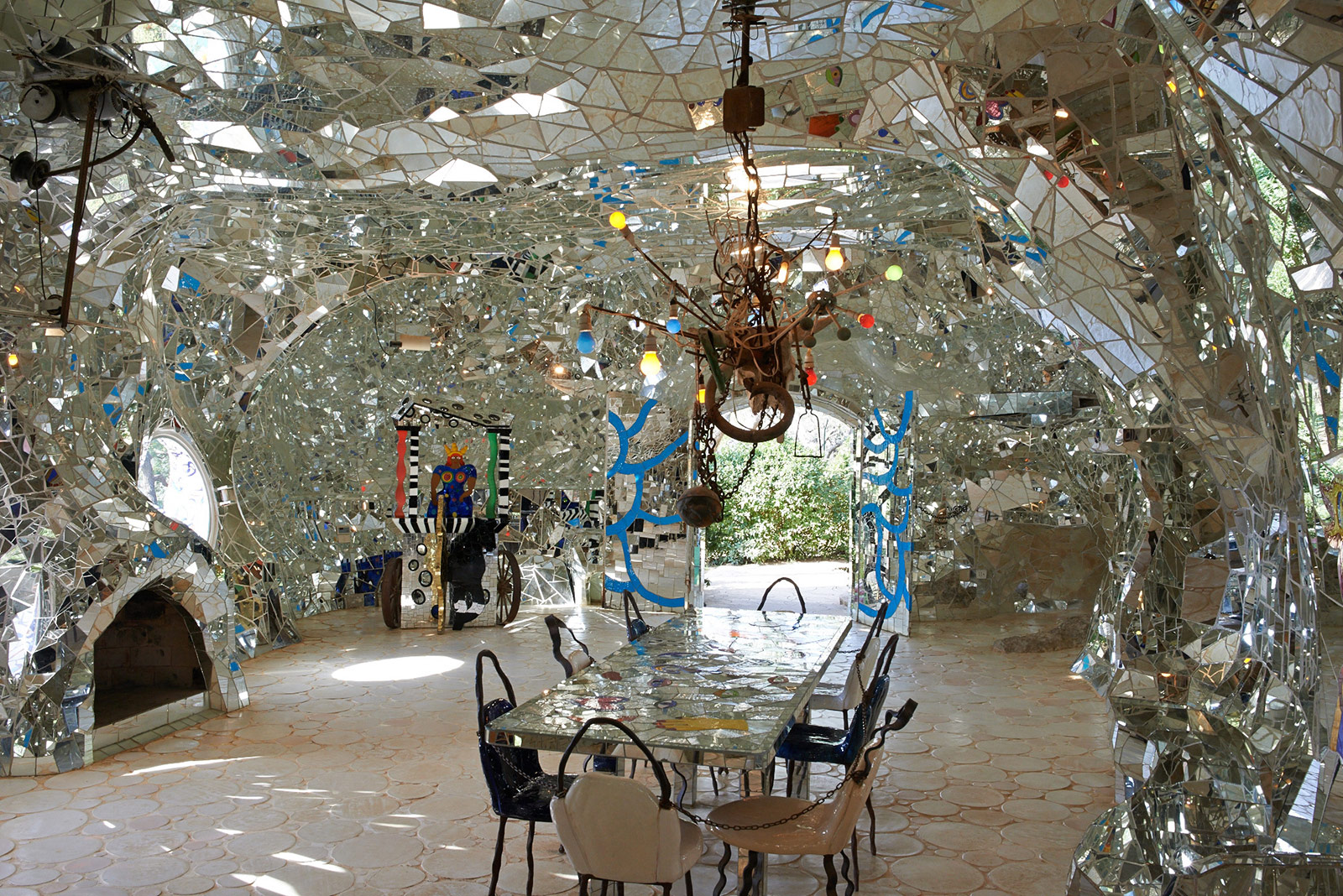 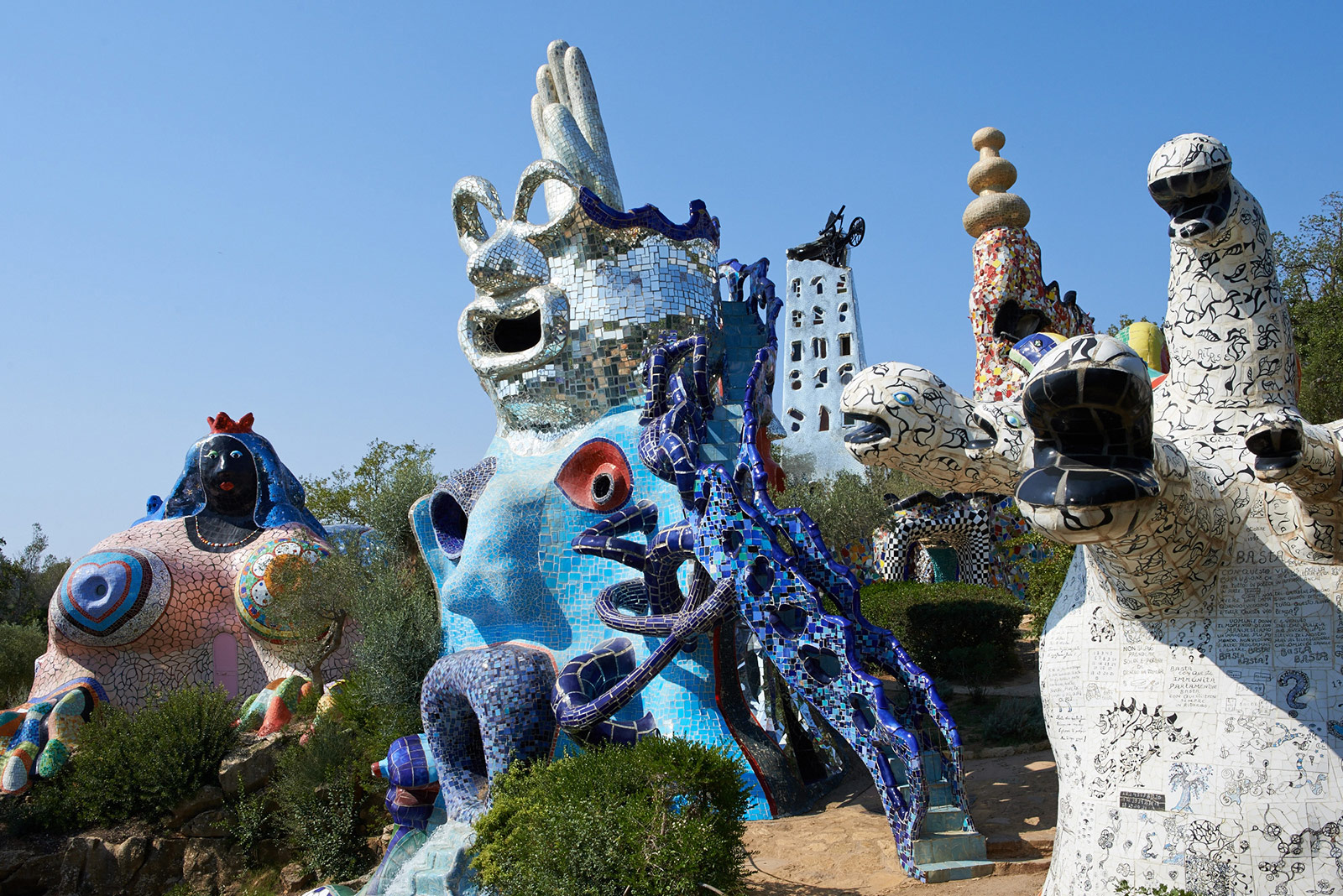 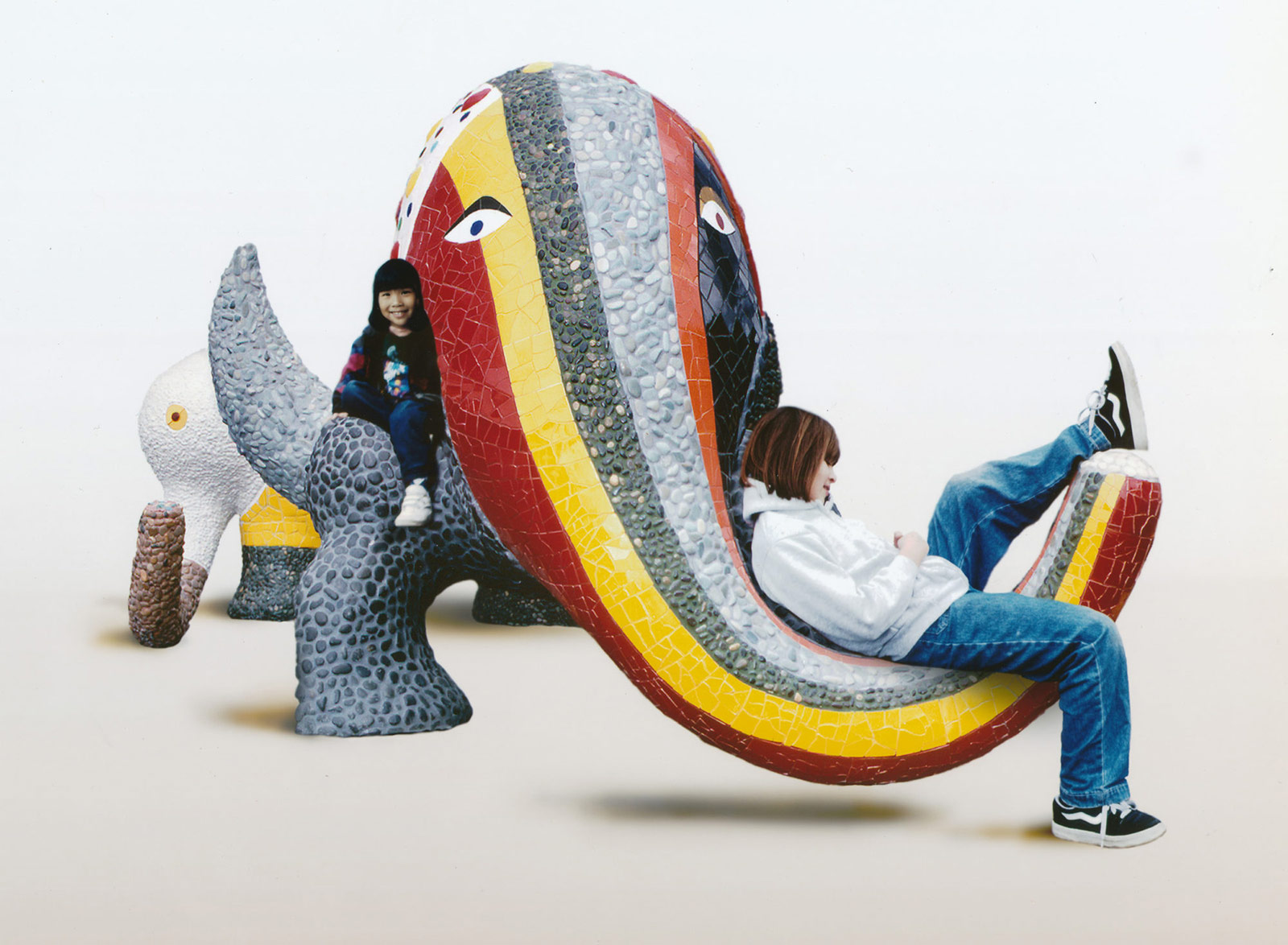