Revolutionising the world of sportswear 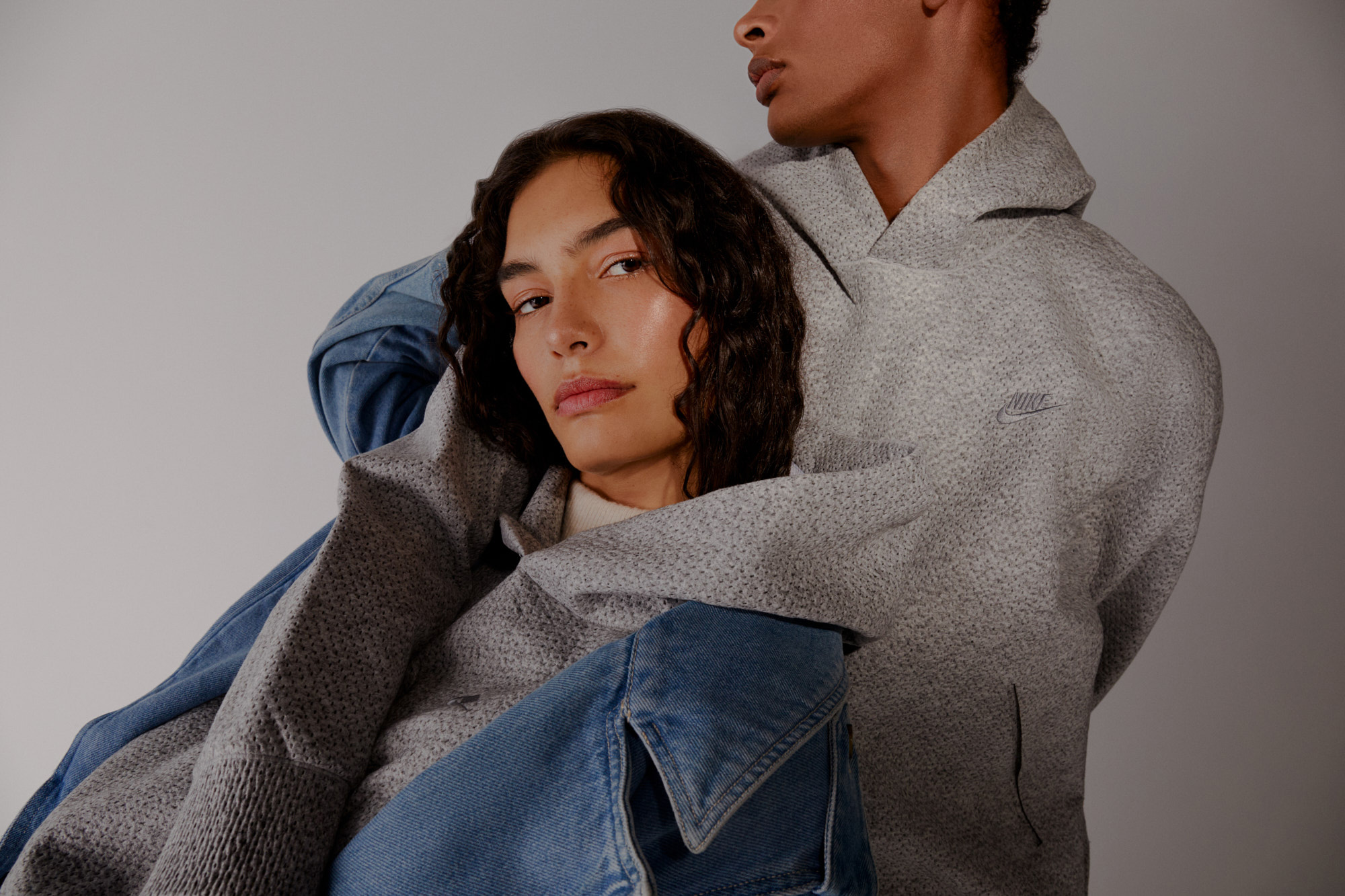 30 years ago Nike revolutionised the sportswear industry with their Dri-Fit technology. In 2012, they did it again with footwear by introducing Flyknit. This time around in 2022, after 5 years of experimentation and development, they have created the next big thing in sustainable sportswear. We have already shown you some pics of their newest hoodie using the material, and today we talk a bit further about the inception and revolutionising nature of Nike Forward.
Bringing them closer to their Move to Zero initiative, in which they are working towards zero carbon and zero waste production to help protect the future of sports, Nike Forward reduces by seventy-five per cent their carbon footprint. But let's not forget that everything Nike does is for the athlete, which is why the performance of the product is also something they have kept in mind.

Anyone that has touched a Nike Forward product – which is a fibre directly made into a textile through a needle-punching technology – will know that the touch is almost – almost – similar to that of cashmere. Not only that, but the material is great at insulating heat, which means it can work in colder and warmer climates. In fact, we talked to a Nike spokesperson who told us “the innovative method of make allows for lower material density to achieve our Therma FIT ADV standards in comparison to our knit fleece. And that’s why it has an unbelievable warmth-to-weight ratio.”

As Nike has just launched Nike Forward, they have started by just releasing one product: the hoodie. In an effort to actually make sure that everyone could experience this innovation at the same time, instead of just letting their most elite athletes wear it at the start, they have decided on a very universal garment. And so not only is it geared for athletes, “The method of make allows it to be precisely tuned for the athlete and consumer needs, and it can be adapted for different lifestyle and performance purposes.”

The colour chosen is grey, a futuristic look that sets the tone for what's to come for Nike. It's a colour that honours the raw aesthetic of recycled materials, as they have restrained themselves from using too many additives. A Nike spokesperson actually told us, however, that new colours are to come: “We are exploring sustainable options to introduce a variety of colours in future products made with Nike Forward.”

Nike never stops innovating, they look into every single detail of that which makes up their clothes and footwear, that is because, as they say so themselves, “We believe that in design, as in sport, better is only temporary, which is why we are relentless in our pursuit of both incremental improvements and game-changing innovations.” They take matters into their hands to improve and become better but not necessarily bigger, the goal is to “help protect the planet, to help better serve our athletes, and to help protect the future of sport,” nothing less and nothing more. 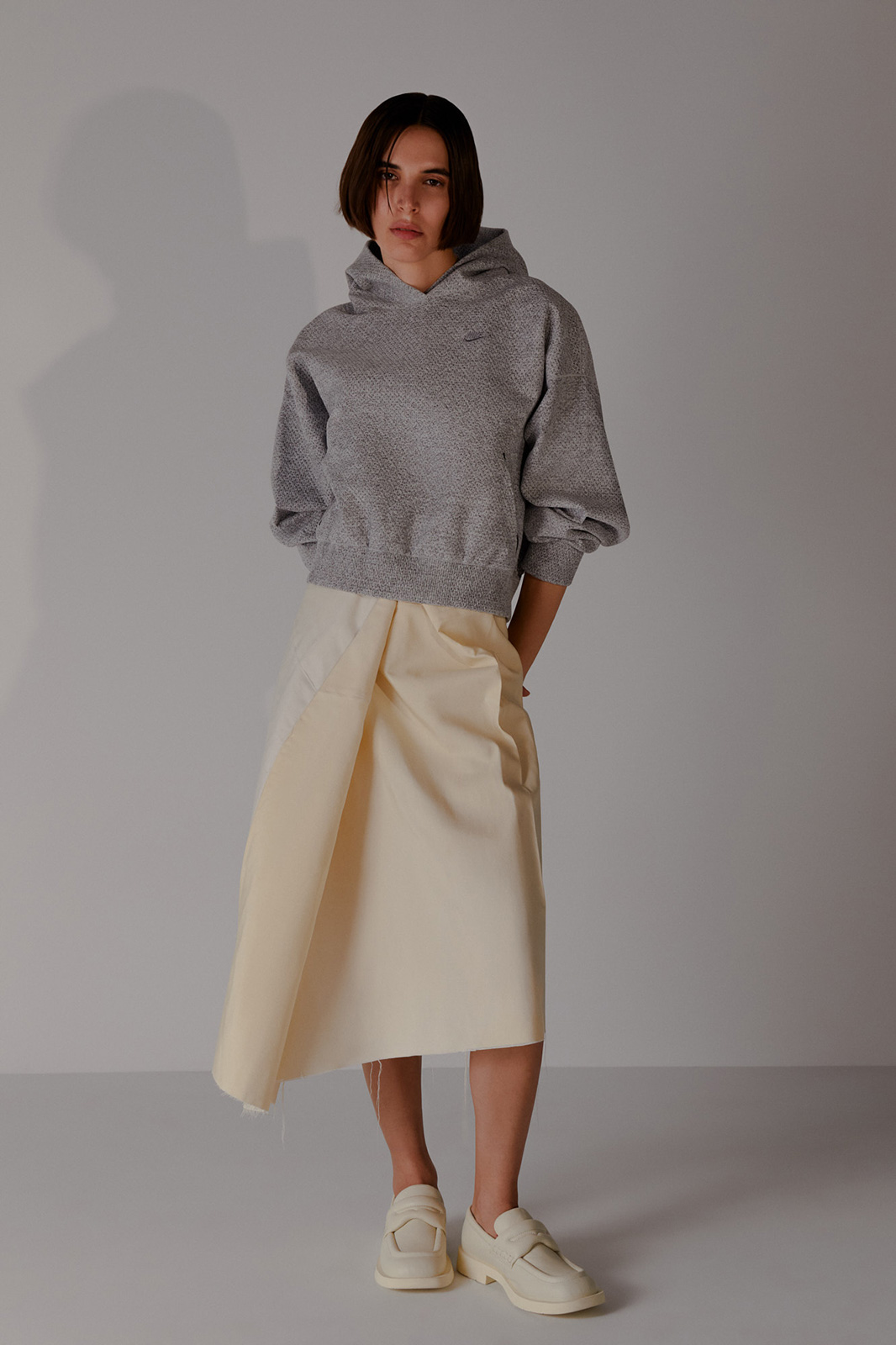 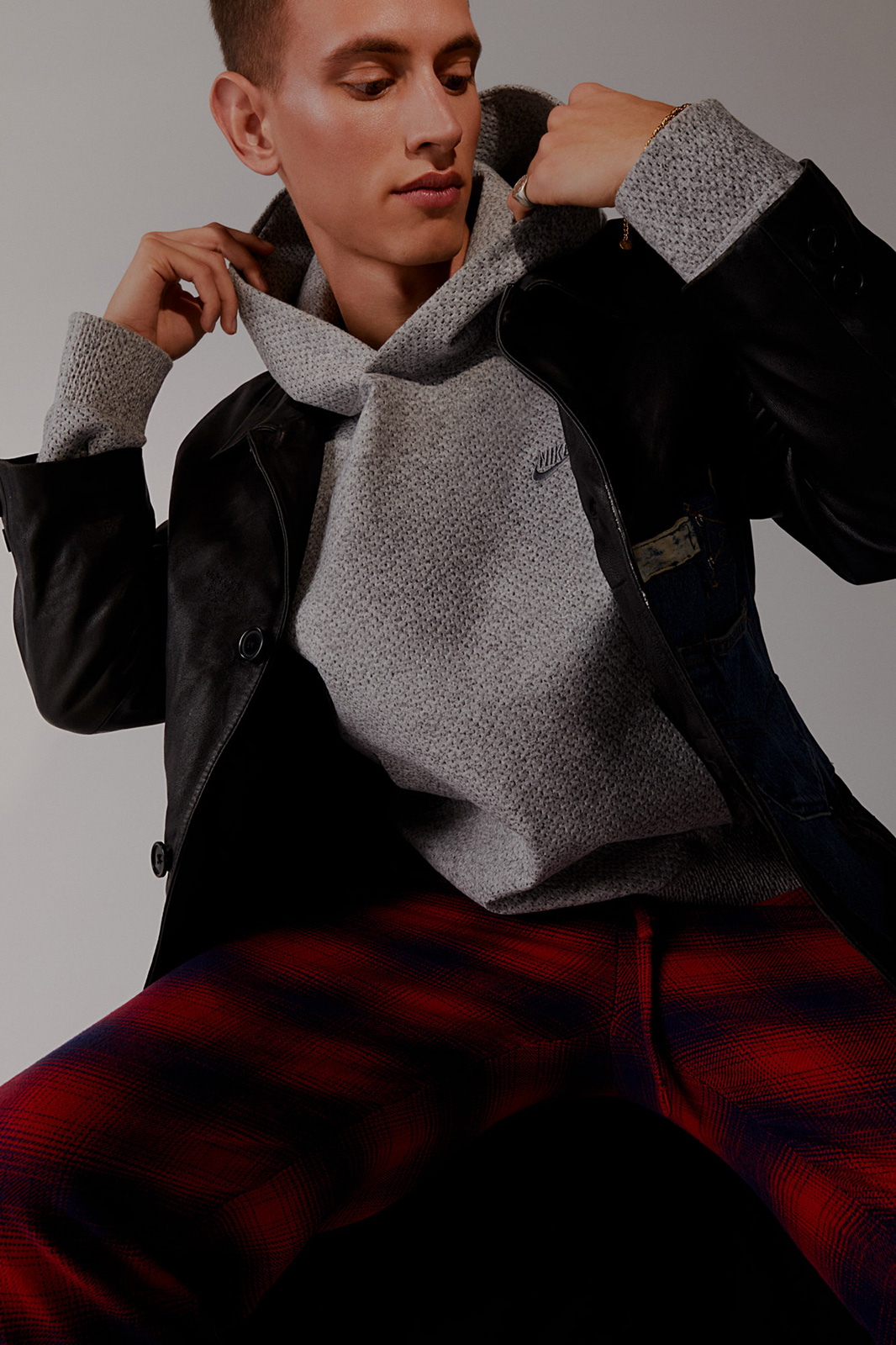 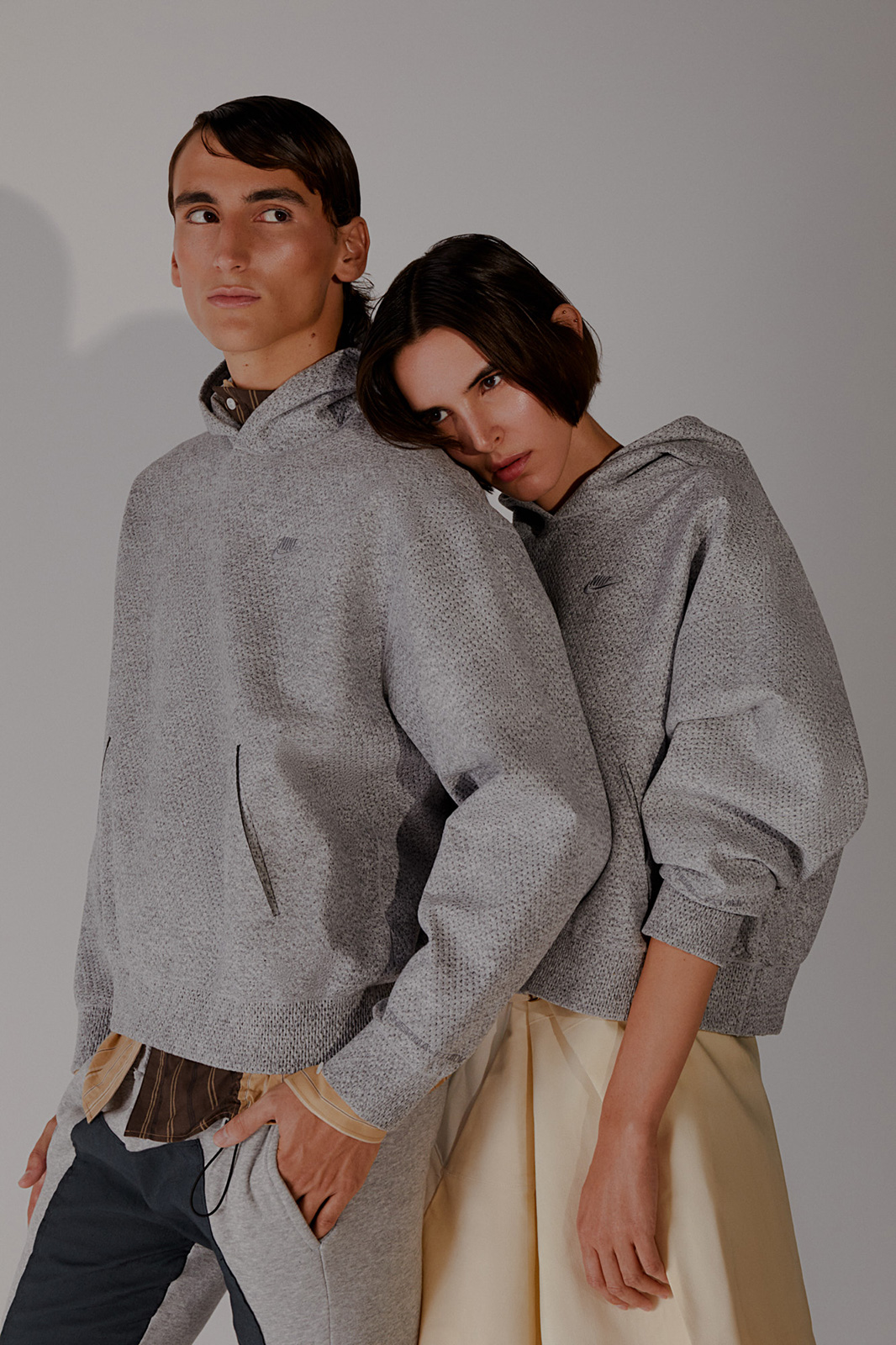 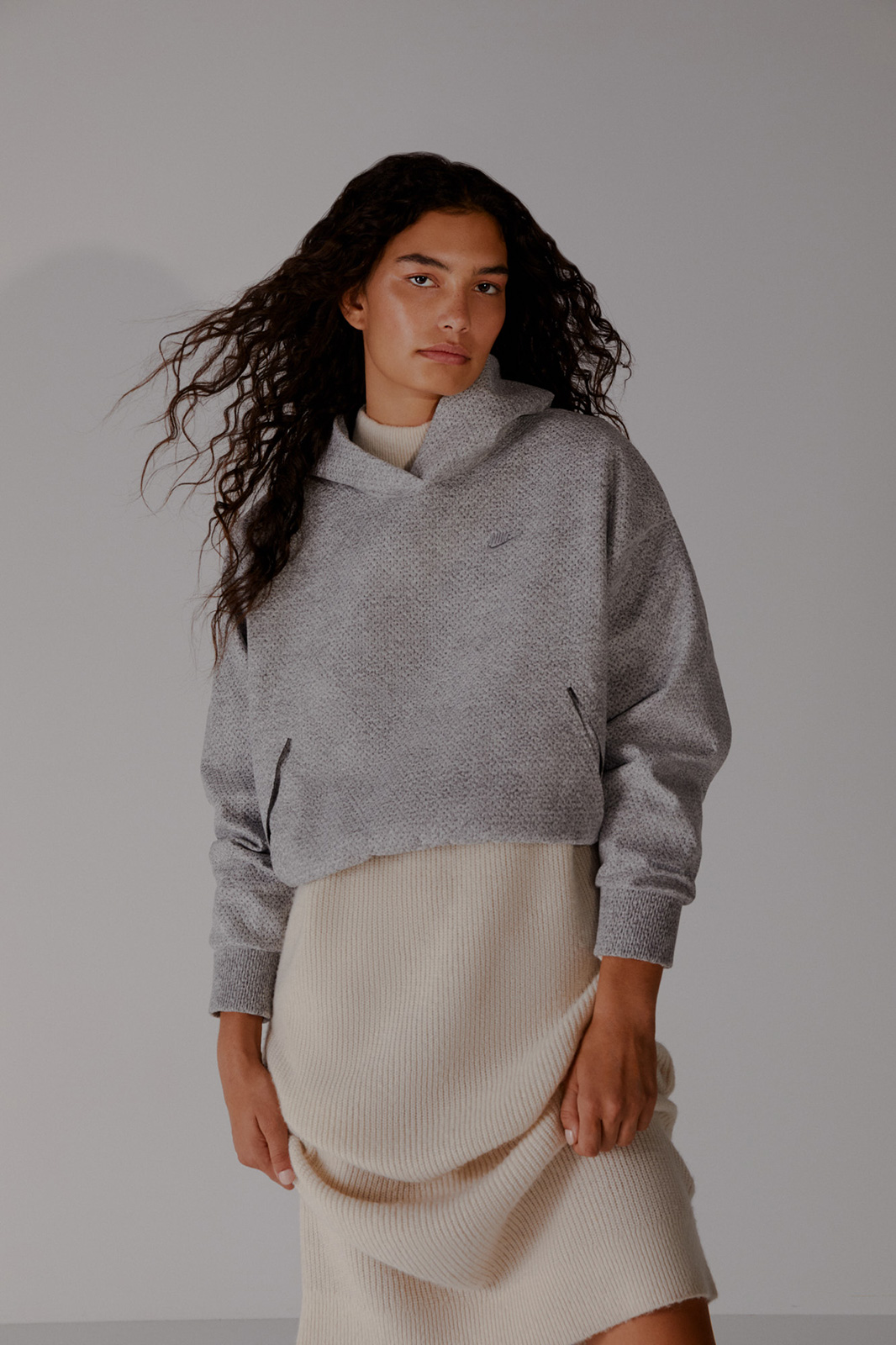