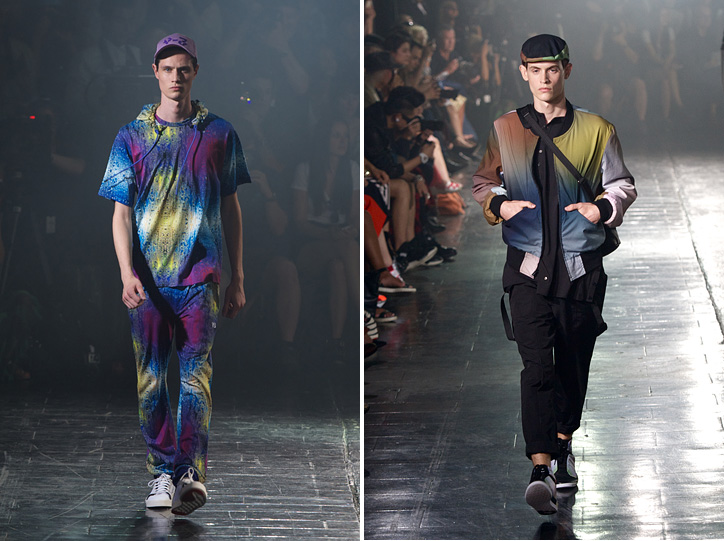 Yohji Yamamoto continues to explore the relationships between Japanese craftsmanship and American sportswear in his Spring/Summer 2014 Y-3 collection, which was named "Meaningless Excitement".

"It's based on a sporty elegance", said Yohji backstage after the show. "It can easily be mixed with pieces from my main line." Indeed, the entire concept of the show was based on function of clothes rather than on the fashion side. A long, multi-colored tank dress was brought back from the hippie brink with the strategic placement of black jail stripes on the top. Several pairs of track pants were made to look like suits when paired with a blazer in the same stretchy techno fabric.

During the show, a group of musicians banged away on drums and various containers, providing a thrumming aural backdrop. During his bow, Yohji, known more as a guitar player, did a short improvised drum performance. The audience was impressed. 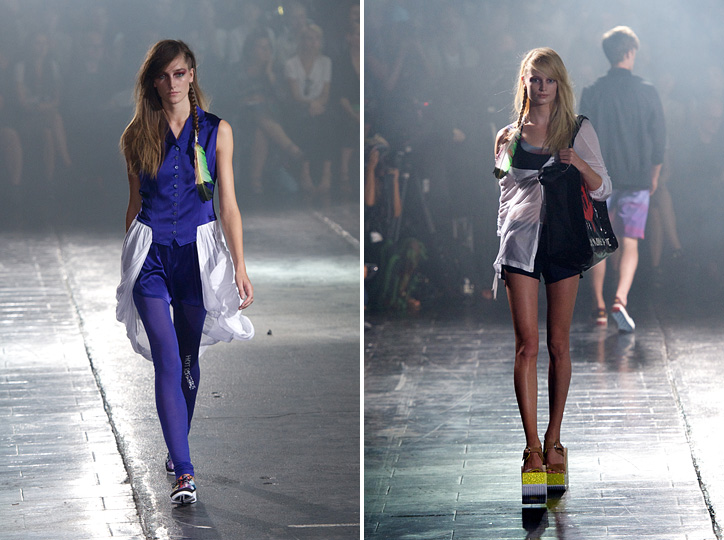 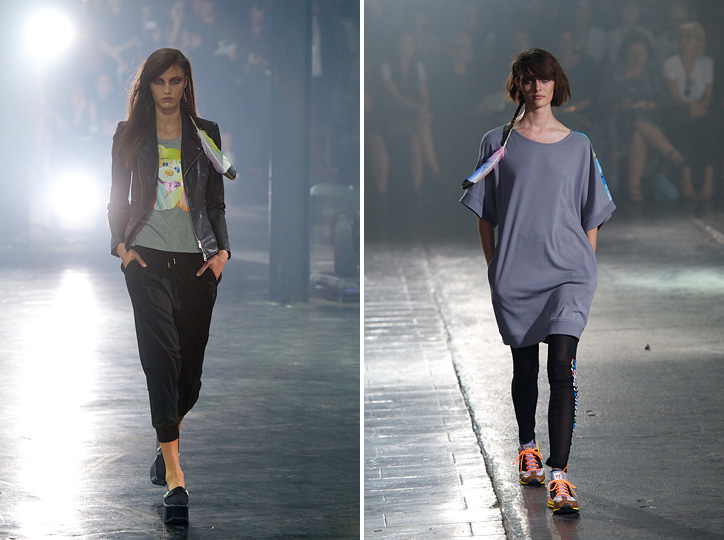 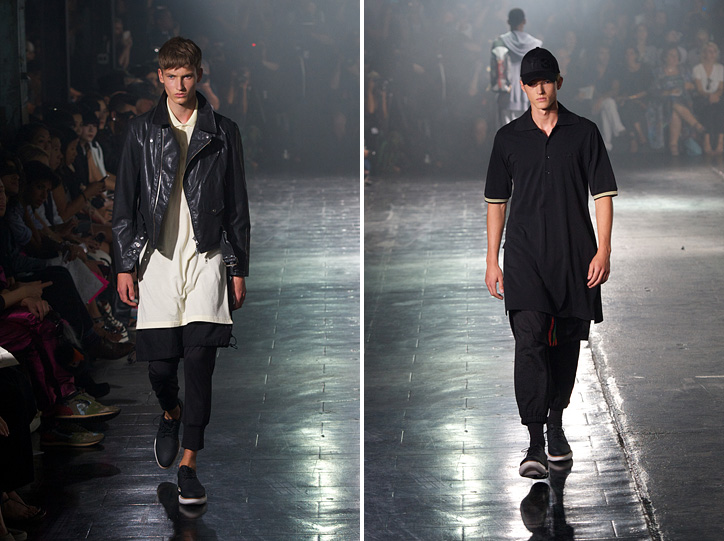 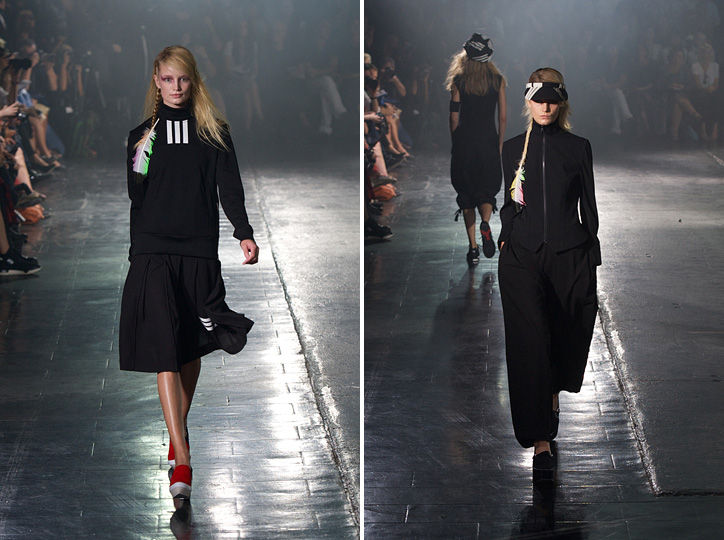 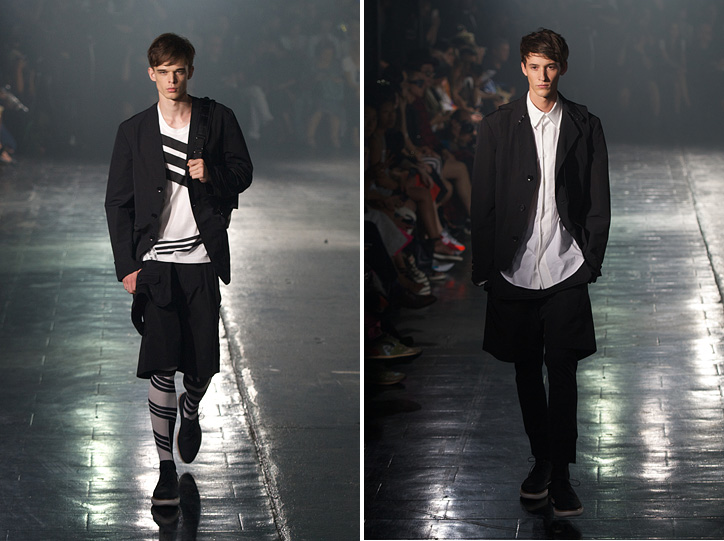 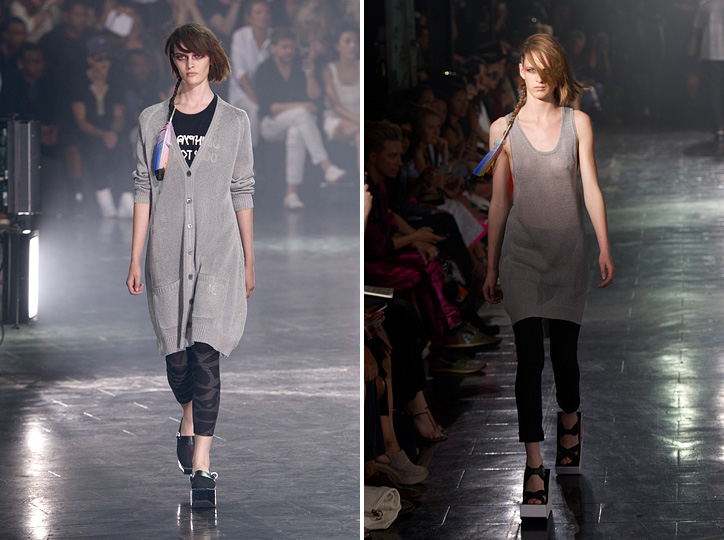