The Ballad has arrived to Milan 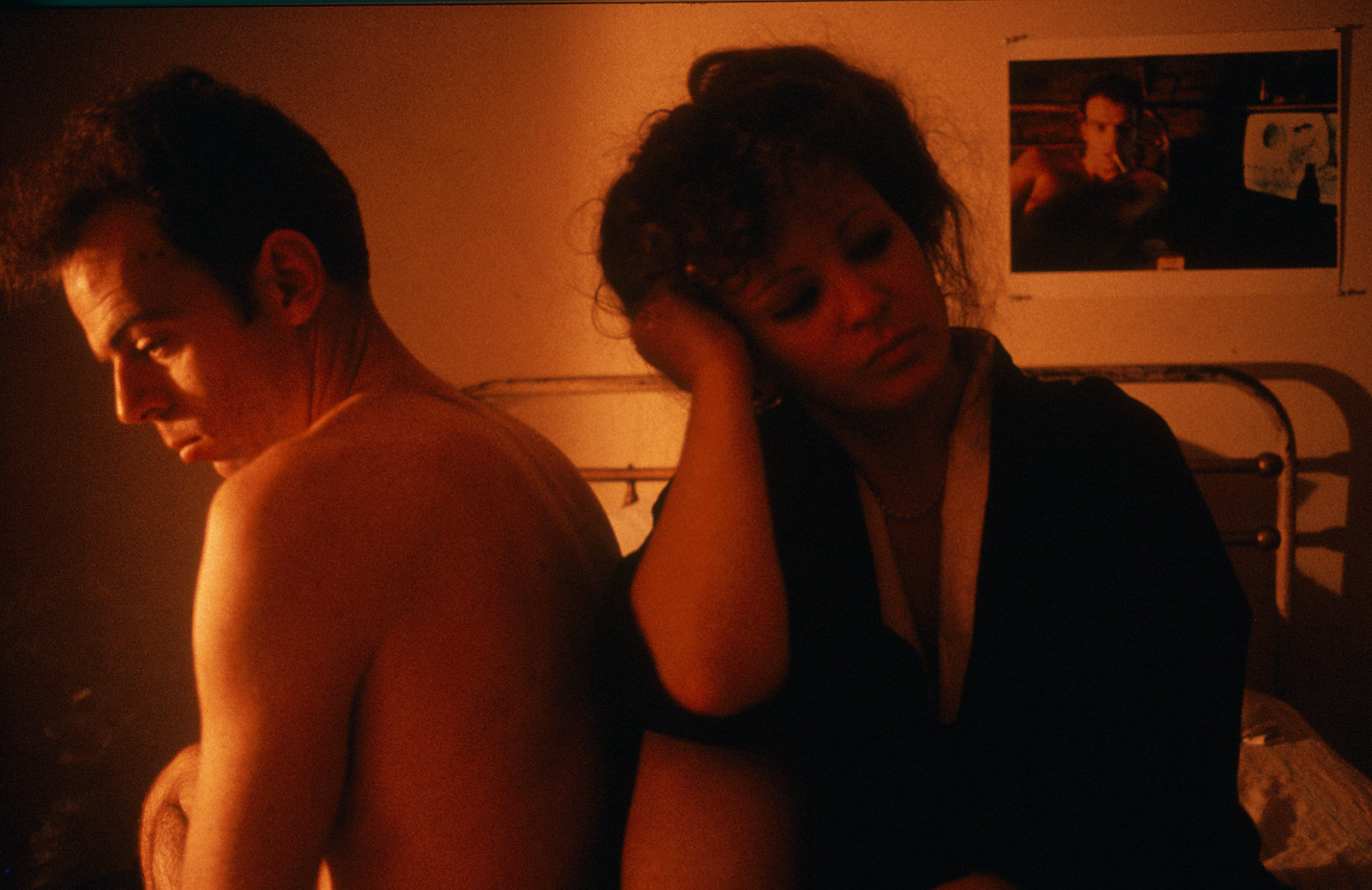 In the era of Facebook, Tumblr and of the concealing, graceful, Instagram filters, Nan Goldin’s visual dairy is as powerful as a punch in the stomach and as beautiful as the love for life. And for the first time in history, the Italians will be able to enjoy The Ballad of Sexual Dependency by the American photographer in their own country. Curated by François Hébel organized by the Museo di Fotografia Contemporanea and on view until November 26th at La Triennale (Milan), the exhibition consists of a theatrical setting in a pitch-dark room where the video of the ballad is projected on a wall, just like Nan Goldin used to do herself in her early years in the pubs of New York. It lasts approximately forty-five minutes and is presented with some previously unreleased shots and posters of Goldin’s first exhibitions.
Born asNancy in 1953, Nan Goldin left her family home at only fourteen years old, three years after her sister Barbara’s suicide. After living in Boston and attending the School of the Museum of Fine Arts, in 1978 she moved to New York, where her life became her art. Only one year later, at Mudd Club, Nan presented for the first time a slideshow of her photos with a soundtrack picked by herself that included songs from Nina Simone, The Velvet Underground and, later on, also opera pieces.

The images mostly portrayed herself and her friends in their everyday – and often troubled – existences. Partying, having sex, sharing houses and private moments: like a visual dairy, way before the era of social media, the artist turned even the roughest parts of existence into something unique and precious. The images have nothing in common with the polished, patinated glamour often found nowadays in photography; their beauty is given by the crude reality that they show and by the love for life of the eye behind the camera.

Drugs – heroin in particular – exploded in New York in the ‘80s. Nan pictured all of it without any kind of filter. She was later on considered a precursor of the so-called ‘heroin chic’ of the ‘90s, a beauty movement mainly identified with Kate Moss’ skinny figure. She never concealed her fascination for that kind of world, but what we see in her photos is just drugs’ consumption as a simple, everyday, activity.

And then AIDS came. A lot of Nan’s friends died and The Ballad of Sexual Dependency became more and more painful for the photographer, as it constantly reminded her of her losses. But still it kept growing through the years, enriching itself with new pictures, with life despite the numerous deaths, with playing children and old aged couples, with love and with violence, as in the famous self-portrait that the photographer took of herself after having been brutally beaten by her partner. The exhibition allows the viewer to plunge into Nan Goldin’s world in a voyeuristic manner, soaking in its intimacy and sharing, during fourty-five minutes, her explosive existence.
The Ballad of Sexual Dependency by Nan Goldin is on view until November 26th at La Triennale di Milano, Viale Emilio Alemagna 6, Milan. 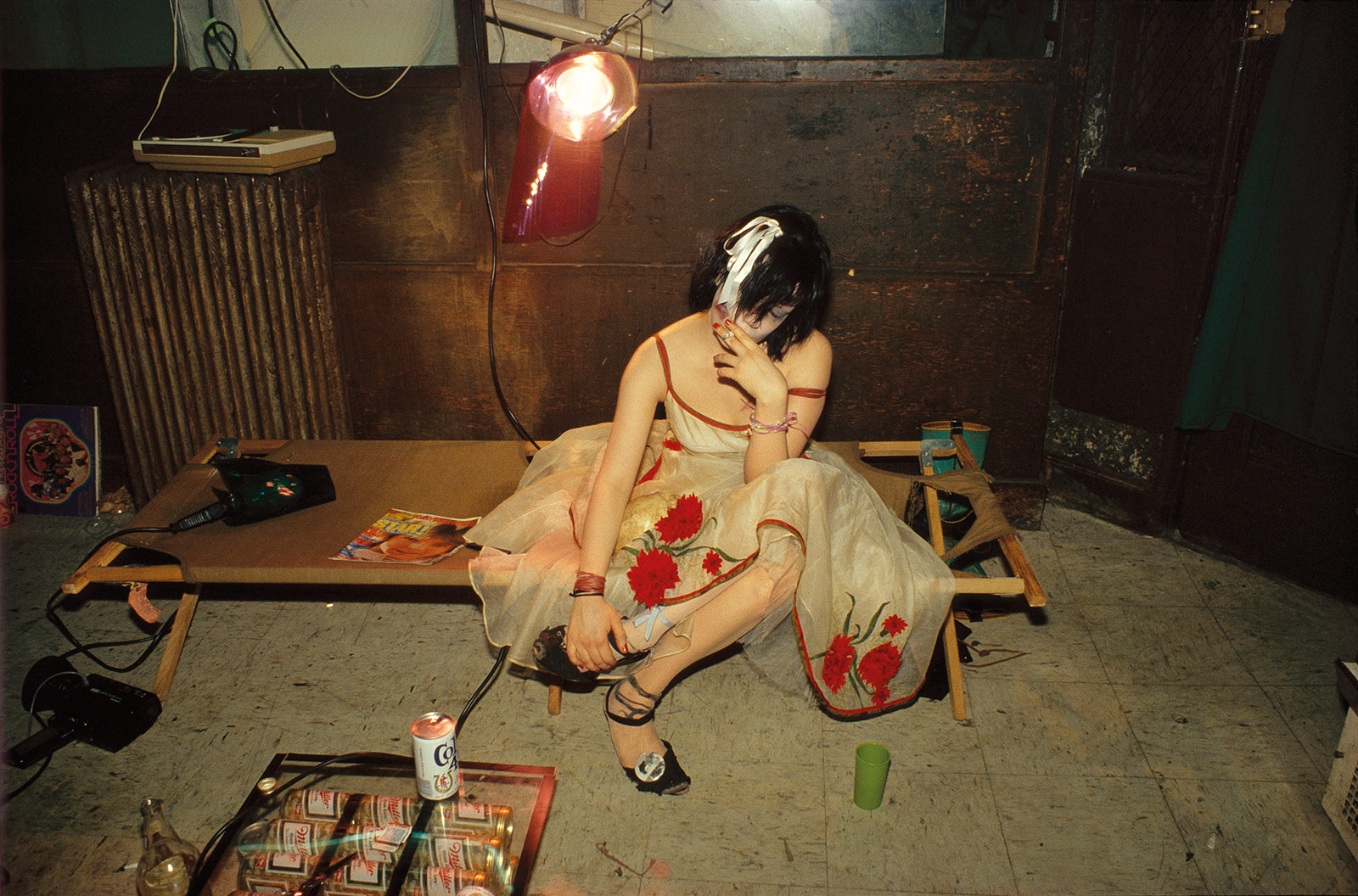 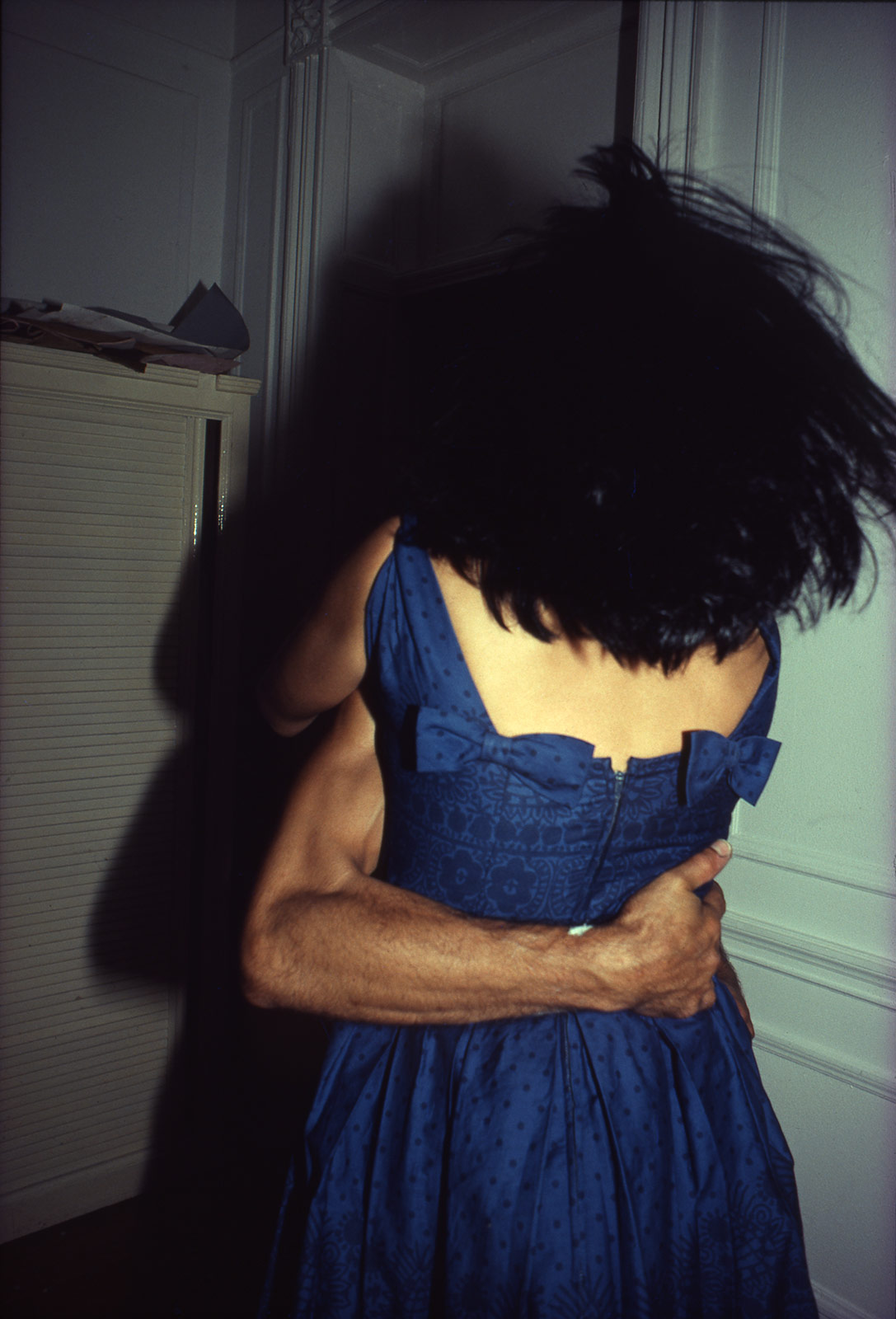